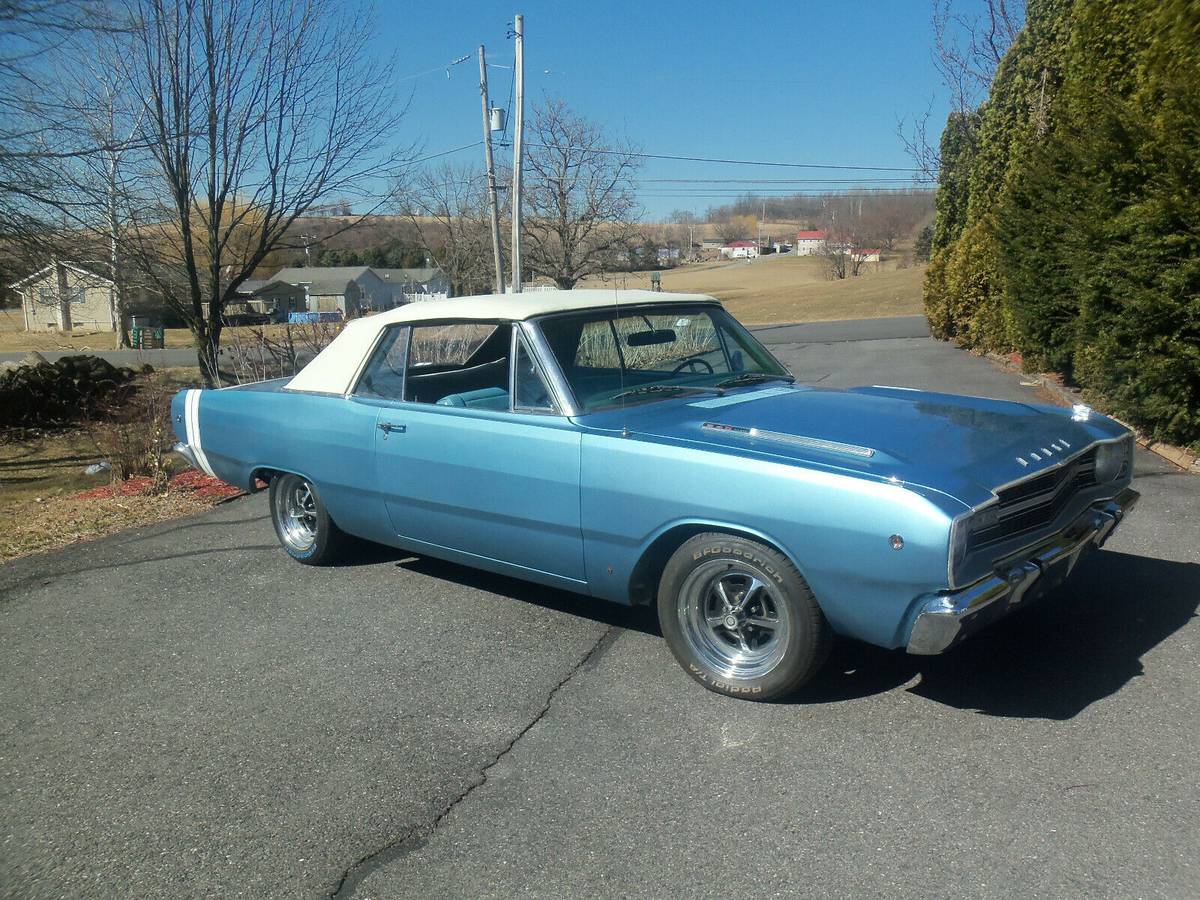 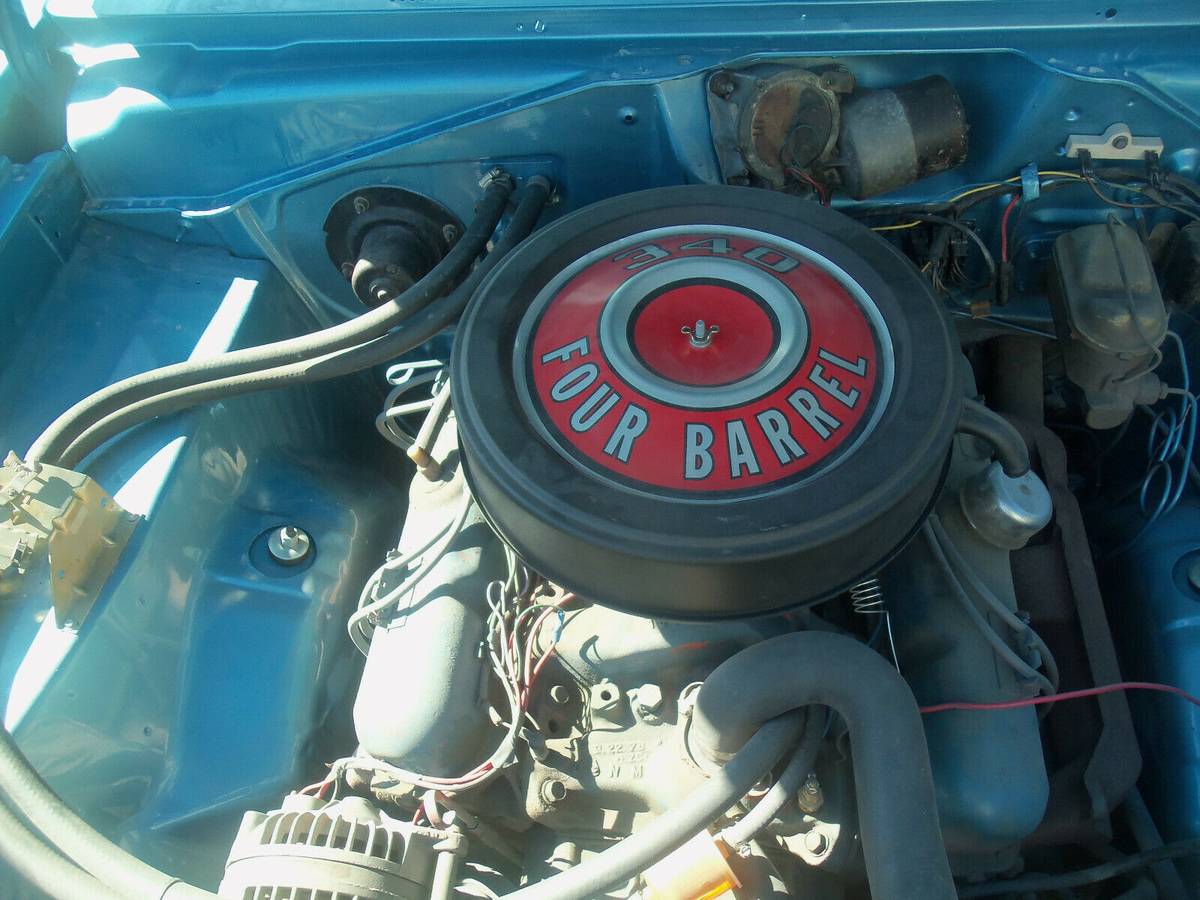 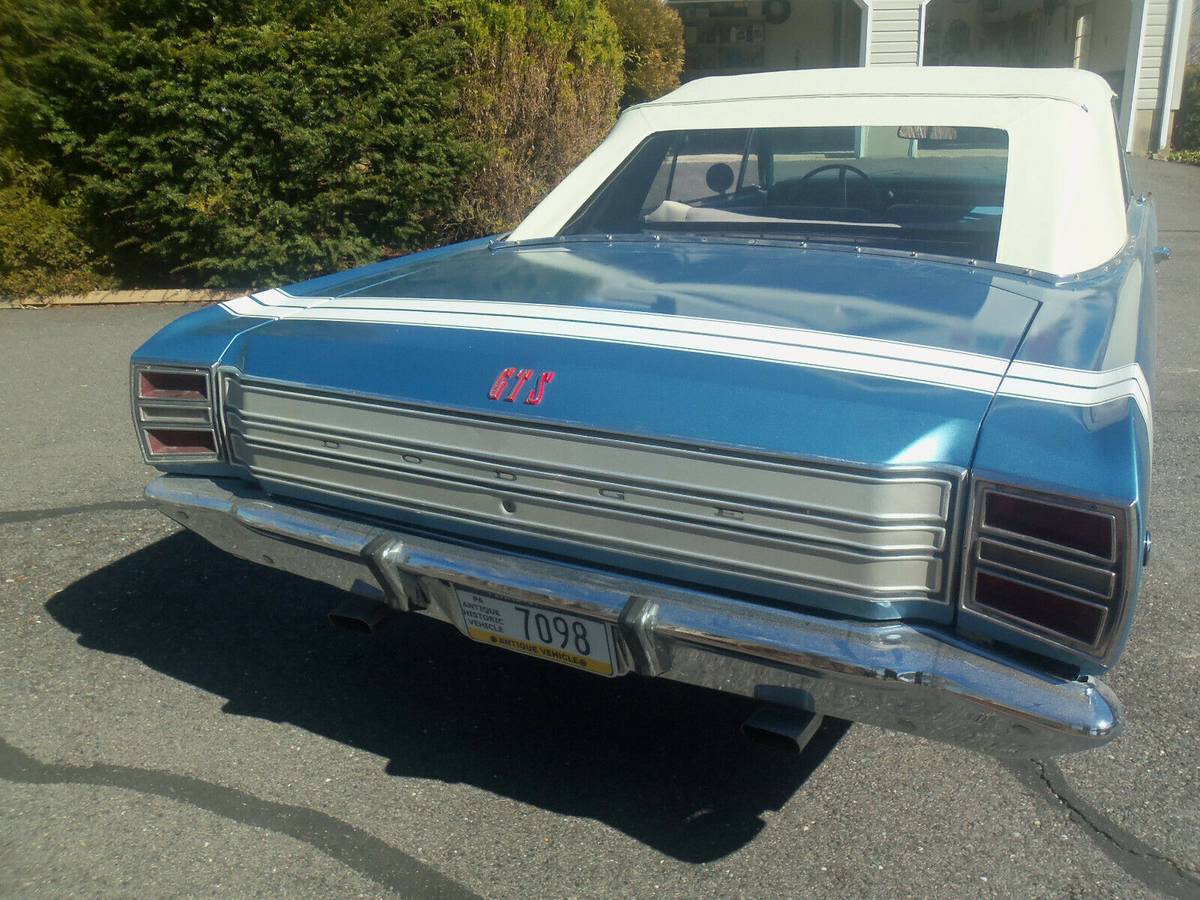 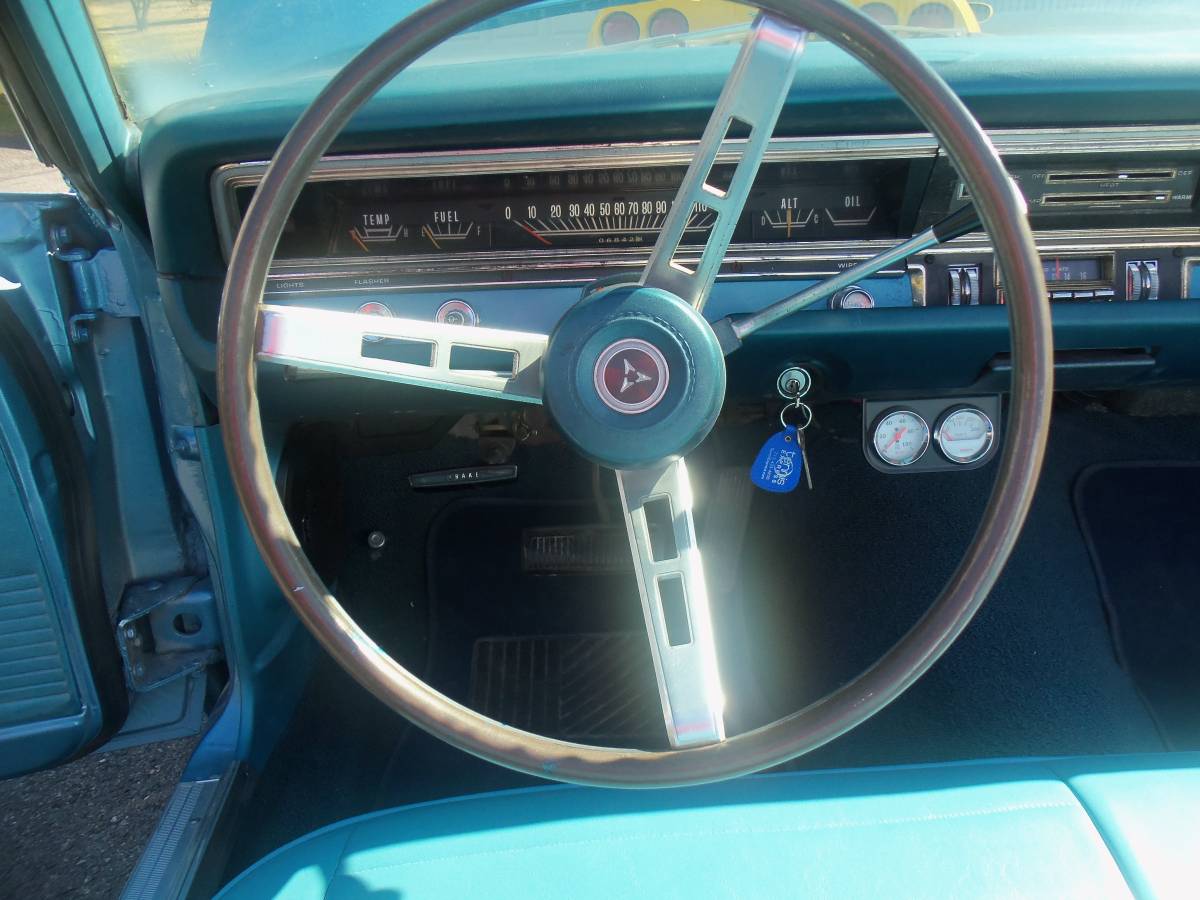 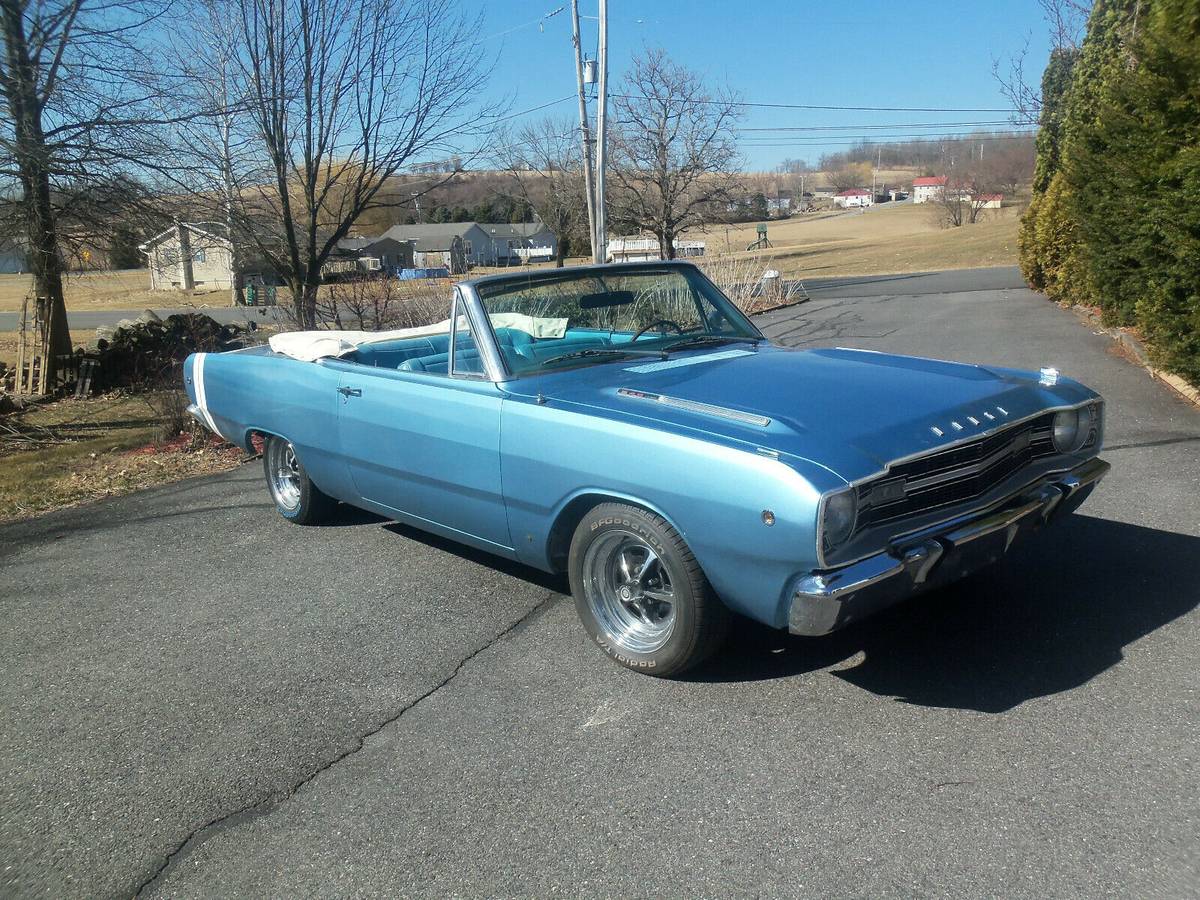 August 19th Update – While updating our past Classifinds, we confirmed the private seller deleted their Craigslist post, so we’re calling this Dart “Sold!”  That said, knowing the seller has a history of pulling posts, we will continue to keep an eye out for a fresh listing.

July 22nd Update: Four months gone and we came across a fresh listing for this 1968 Dodge Dart GTS Convertible clone with the price reduced from the original ask of $16,000 by $3,100 to $12,900.  If you’re more interested in driving a clone that mimics an original versus numbers matching original you’ll barely drive, this may be the car for you.

Not everyone needs a numbers-matching, correct-to-the-fender-tags, 1960’s era Mopar Muscle car;  they just want a fun convertible that seats four comfortably and fits in their garage.  The 1968 Dodge Dart GTS convertible clone we came across on Craigslist in Bangor, Pennsylvania in February for $16,000 appears to fit that bill perfectly.  Still available with the price reduced to $12,900, using the six-cylinder powered Dart convertible pricing in the Hagerty Insurance Online Valuation Tool confirms this private seller has his Dart Clone priced only $20 above the current #4 “Fair” (Daily Driver) estimate of $12,880 when factoring the 20% discount for the car originating as a Slant Six model.

The Dart and its sister model—the Plymouth Valiant—were substantially redesigned for the 1967 model year. In addition to new styling, the cars received revised steering systems, wider front track and frame rail spacing, and redesigned K-members capable of accepting larger engines.  The 1967 redesign removed all traces of the older Virgil Exner styling that proved less popular by the early 1960s.  The newer body was trimmer and proved extremely popular, causing sales of the Dart to surpass compacts from Ford and GM.  The styling proved to be so popular the Dart kept this basic form with only minor facelifts until the end of A-body production in 1976 for North America.

As part of the redesign, Chrysler limited body styles to two- and four-door sedans, a two-door hardtop, and a convertible. The base 170 model was now badged simply as “Dart”. The 270 and GT versions carried on unchanged for the most part. In late 1967, the GTS model debuted but was built in limited quantities due to its lateness in the model year; the 1968 GTS would be, arguably, improved by fitting the new high-output 340 cu in (5.6 L) V8 as standard equipment.
Changes for 1968 were relatively subtle. The park and turn lights in the grille were moved slightly inboard and made round while side marker lights could now be found on every corner.   Additional safety features needed to comply with new federal standards included separate shoulder harnesses and a non-glare matte finish on the windshield wiper arms. Chrysler’s “Clean Air Package” emission control system became standard equipment on cars sold in all 50 states.
Here’s a dealer promo film strip highlighting all of the changes in the 1967 Dodge Dart that also applied in ’68:

We like the seller’s blunt honesty about this Dart convertible and while it isn’t a real deal car and at some point required a whole front clip replacement, as long as you know what you’re getting for your money, no harm no foul. Good luck with the purchase!

Engine was rebuilt (have receipts) and sounds like it has a mild cam….runs fine.
I have no info on the auto trans…shifts well…does have a minor leak.
The top is new…looks great..power mechanism works fine…power steering is fine.
The dual exhaust with factory tips is new.
Radiator is new…never overheats in traffic.
Rear BFG tires are new..fronts are in great shape.
The windshield is fogged at the edges..new one is included (loose).

Paint is new single stage urethane in original color…looks nice, but NOT a $$ show car finish.
Rust in the rear quarter panels was professionally repaired with AMD parts.
The rear decal is 1968 repro….really goes well with the white top.

Full disclosure…
Car was crashed at some point…the entire front clip came from a 1969 340 dart.
The fender side markers were altered to match the original design.
The left inner fender is wrinkled and I included (2) pics to show the damage.
However the car tracks fine…no squeaks/rattles/etc…very nice driver.