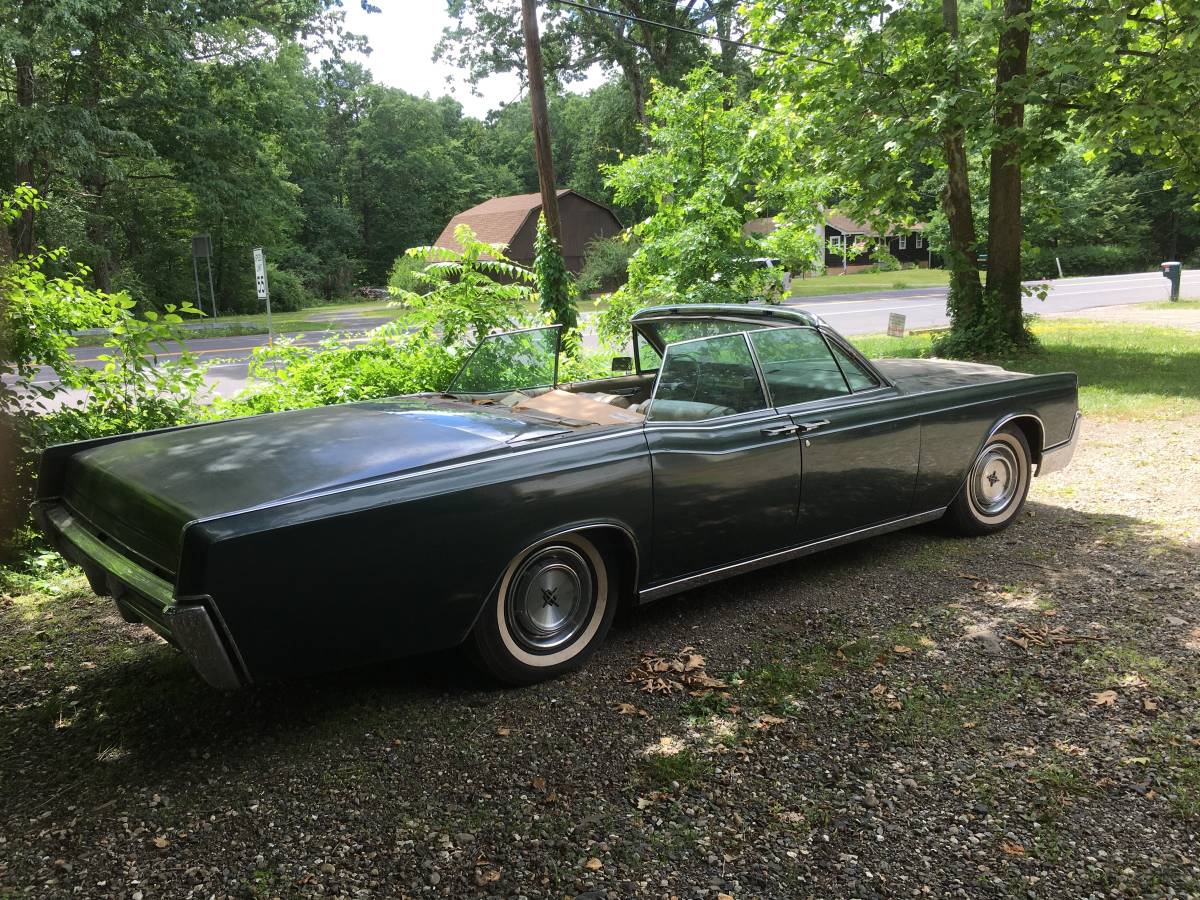 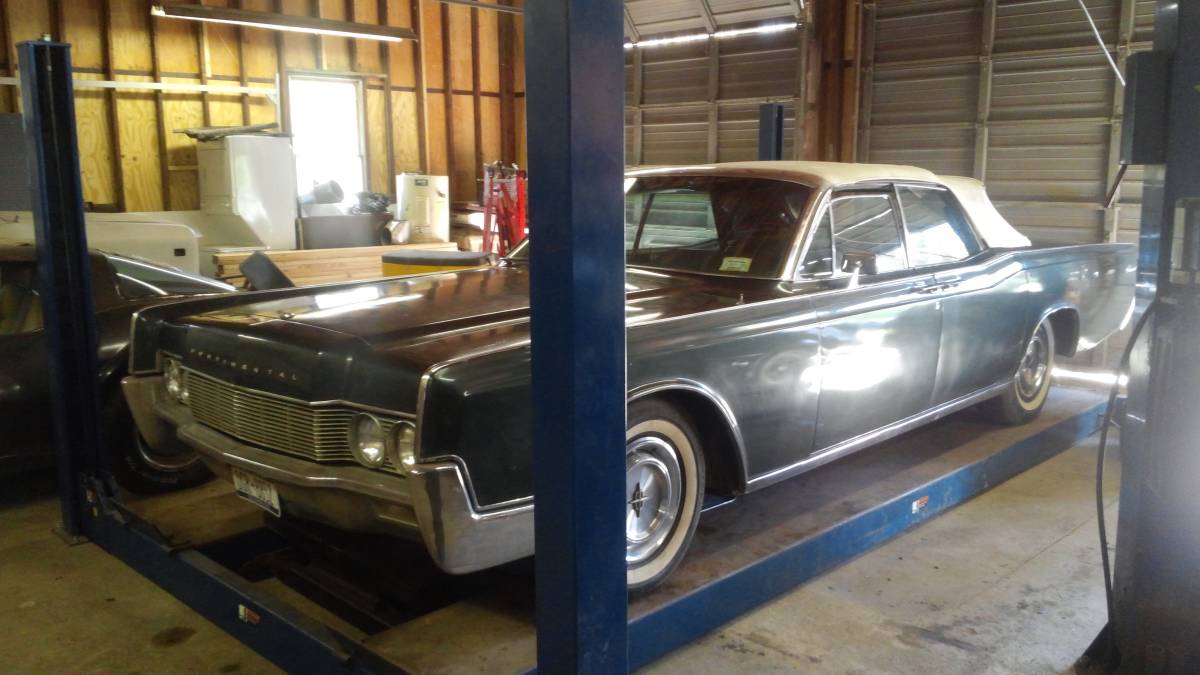 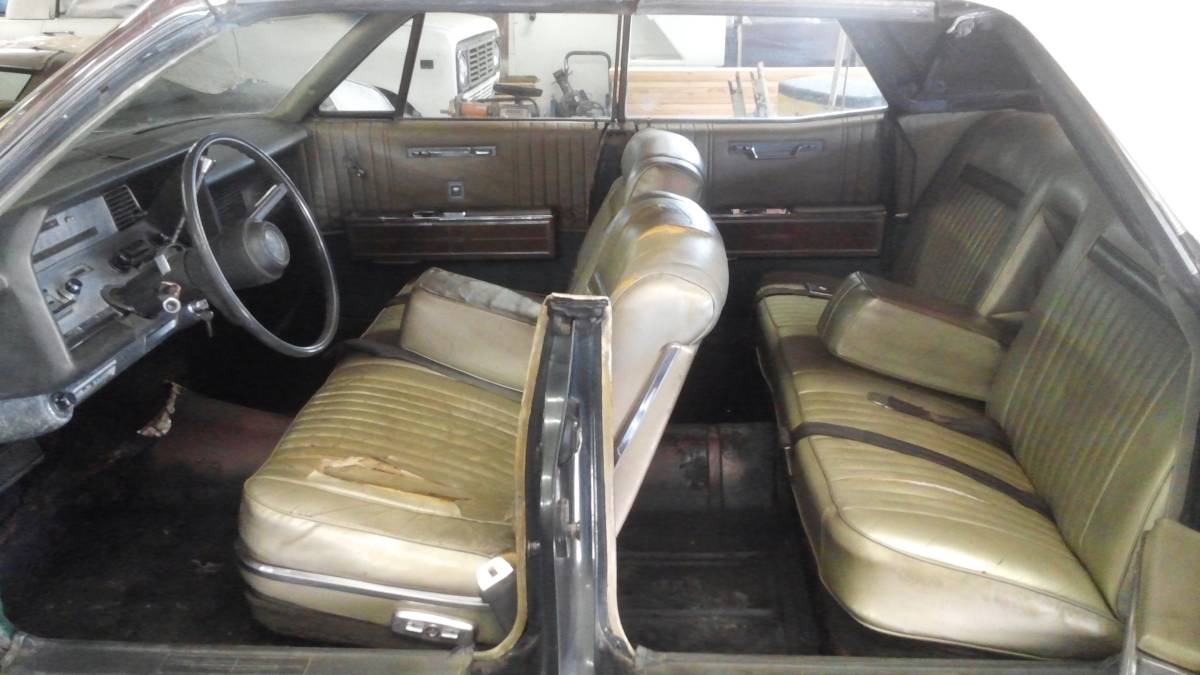 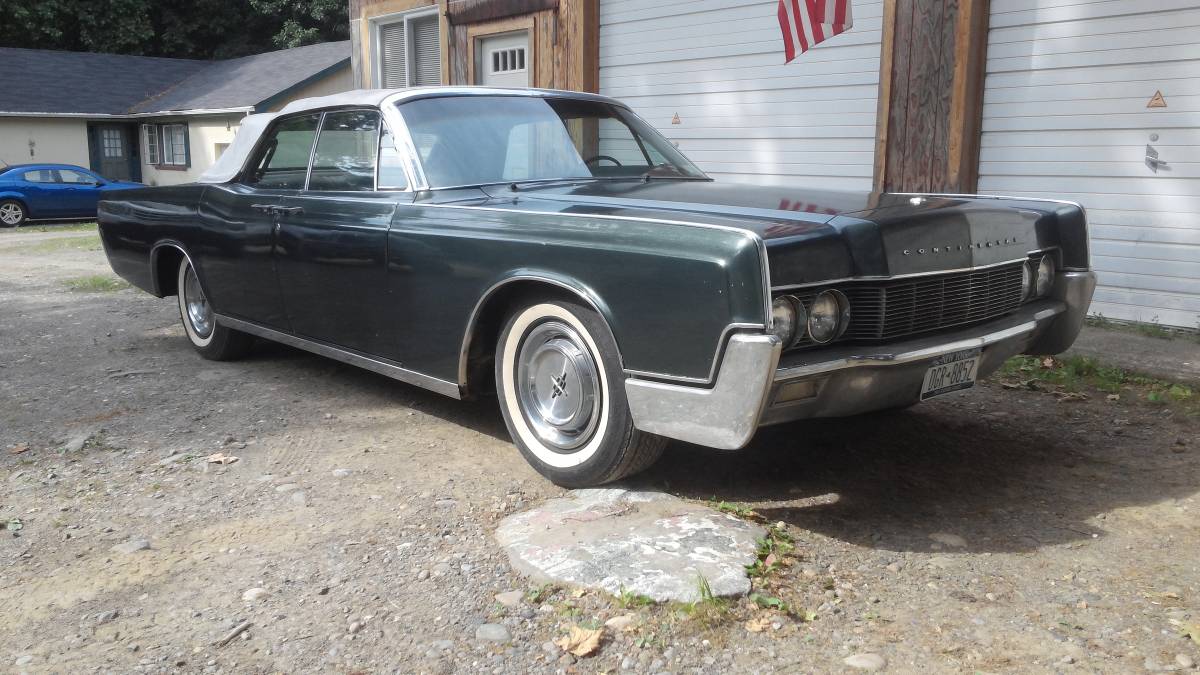 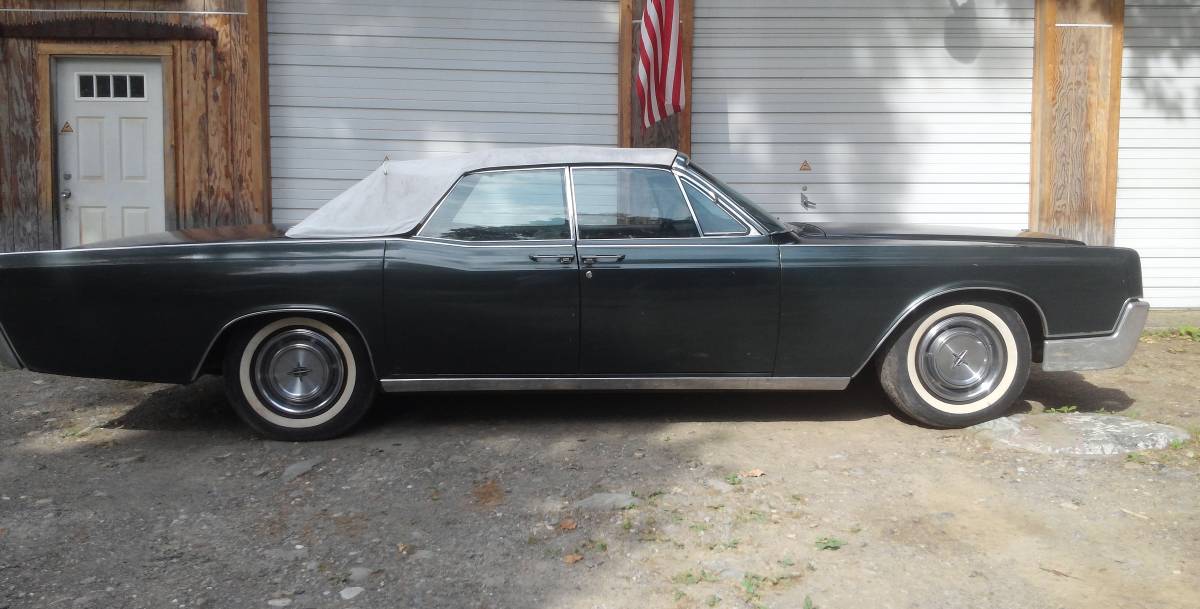 August 19th Update – While updating our past listings, we confirmed the private seller deleted their Craigslist post, so we’re calling this Classifind “Sold!”

Largely remaining under the collector car radar for much of its life, the HBO Show Entourage helped earn unique 1961-1967 Lincoln Continental four-door convertibles “Cool” status among enthusiasts who weren’t even born when these cars were new.  Prices continue to be on the rise as this final year, driver quality, 1967 example listed yesterday on Craigslist in Saltpoint, New York illustrates with an asking price of $17,500.   Reviewing this with the Hagerty Insurance Online Valuation Tool confirms this private seller has his Continental priced $1,200 below the current #4 “Fair” (Daily Driver) estimate of $18,700.

Still reeling from the recession, styling flop, and a reported $60 million in losses from the 1958-1960 cars, for 1961 Ford consolidated Lincolns into one model: the stunningly simple Continental four-door sedan and convertible. Despite shedding over one foot in length and eight inches in wheelbase over its 1960 Lincoln Continental Mark V predecessor, the new model remained heavier than its Cadillac or Imperial counterparts. Its solid construction and rigorous post-build inspection of each vehicle reflected Ford corporate management’s commitment to making the finest mass-produced domestic automobile of its time.

Fast forward to 1966 and the fourth-generation Lincoln Continental underwent a second mid-cycle redesign. To better compete against the Cadillac Coupe de Ville and the Imperial Crown Coupe, Lincoln introduced its first two-door pillar-less hardtop since 1960. The convertible remained offered solely as a four-door. In an effort to increase sales of the five year-old model range, Lincoln reduced the price of the Continental nearly $600 from 1965 while keeping equipment levels identical. The marketing decision proved successful; boosted by the introduction of the two-door body style, the model range increased sales by over one-third.

While following much of the 1965 restyling (distinguished largely by a new grille and the addition of “Continental” to the hood), the 1966 Lincoln Continental wore an all new body, growing 5 inches longer (implemented primarily in the rear seats to accommodate more leg room), and nearly an inch taller and wider. Curved side glass made its return .  To offer an engine sized comparably to those in the Imperial (440 cubic inches in 1966) and Cadillac (429 cubic inches, 472 cubic inches in 1968), the 430 V8 was enlarged to 462 cubic inches.

The convertible underwent several equipment revisions for the first time, adding a glass rear window and a second hydraulic pump for opening the convertible roof and the trunk lid (i.e., making the two systems separate); engineers also deleted hydraulic solenoids from the top mechanism fore even better reliability and servicing. The interior underwent several revisions, adding a tilt steering wheel and an 8-track tape player as options.  For 1967, the Lincoln Continental was given only minor trim updates, with the deletion of the Lincoln star emblem from the front fenders being the largest change. Several functional changes were made, as Lincoln added a number of indicator lights to the dashboard. Along with an oil pressure warning light, the dashboard was given indicator lights for an open trunk and the cruise control (if on).  Following federal safety mandates, lap safety seat belts became standard equipment, coupled with an energy-absorbing steering column.

The private seller reports his Continental is a solid example so you’ll want to inspect it closely to ensure that is the case.  A driver quality car currently, it will be an expensive restoration to bring it back to like-new condition, however based on the prices that continue to climb for these cars, the investment has a high probability of keeping you above water should you decide to sell it.  Good luck with the purchase!

“She’s not perfect but she is solid, 73,000 miles, needs resto but she’s going to be something for the right person, before you send me a offer, do your research,I know what she’s worth“