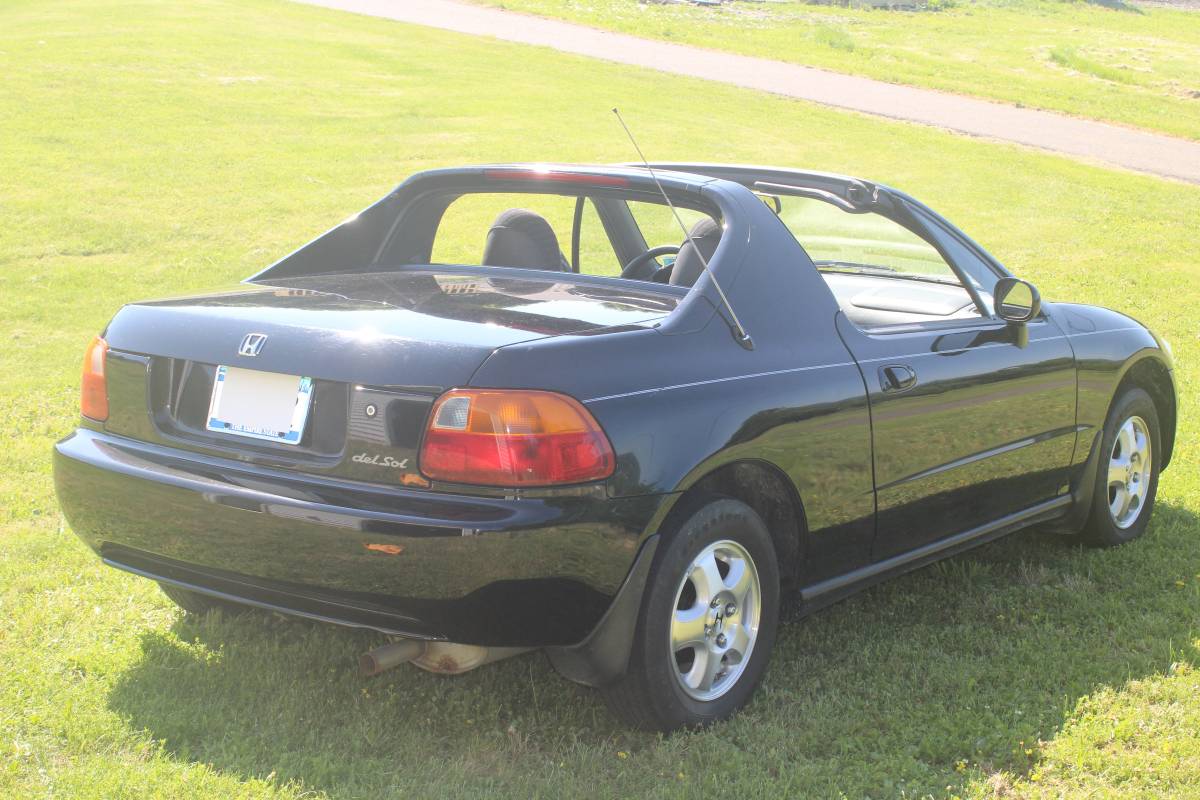 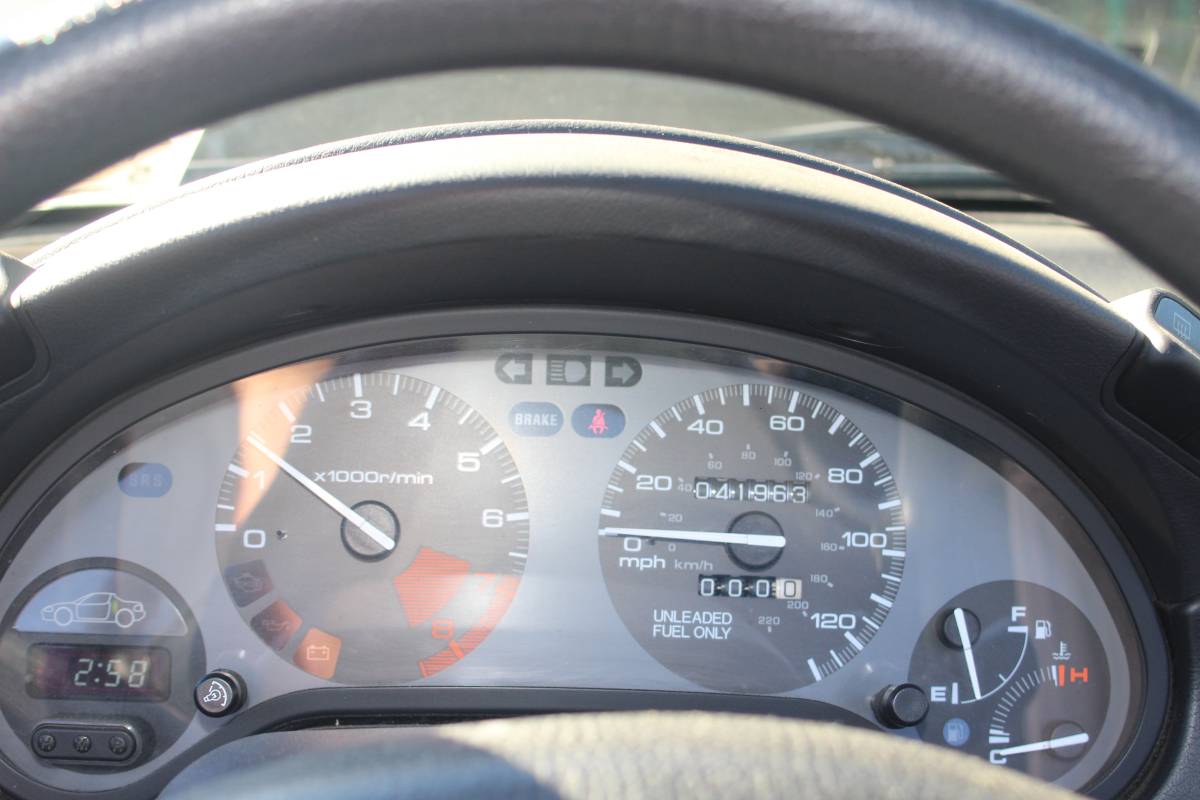 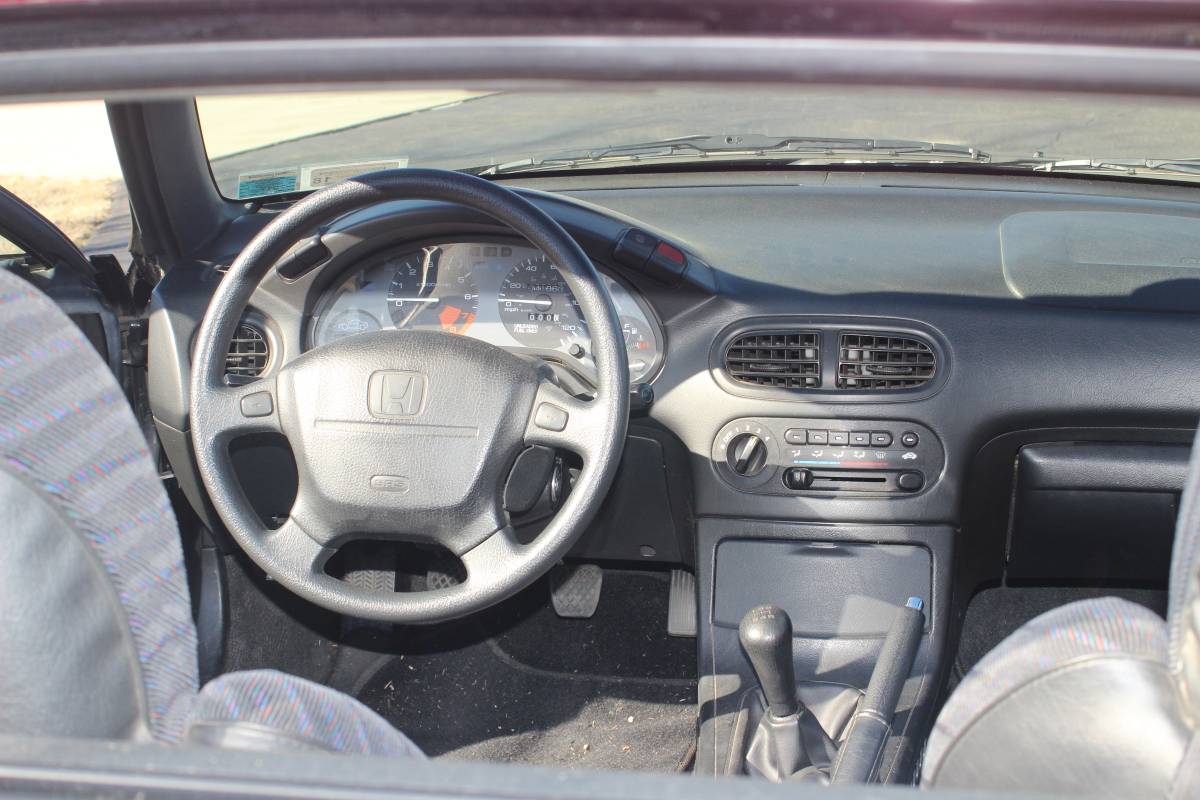 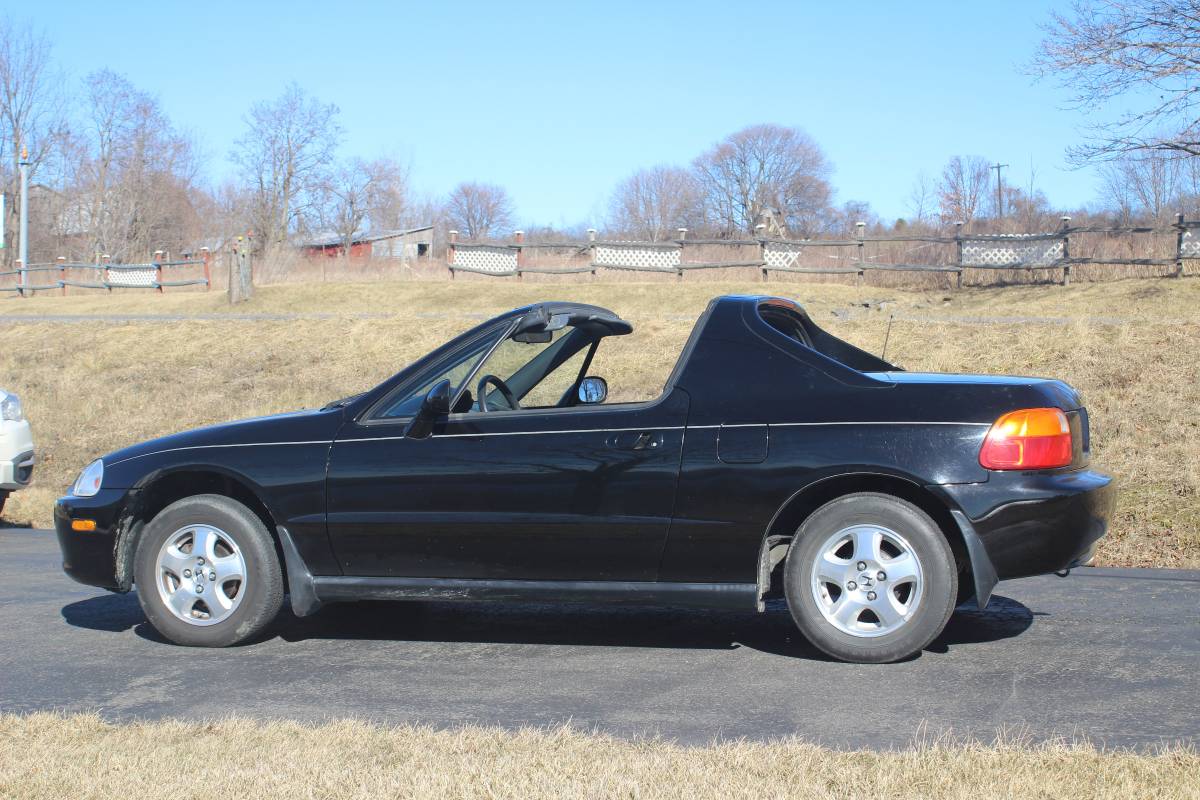 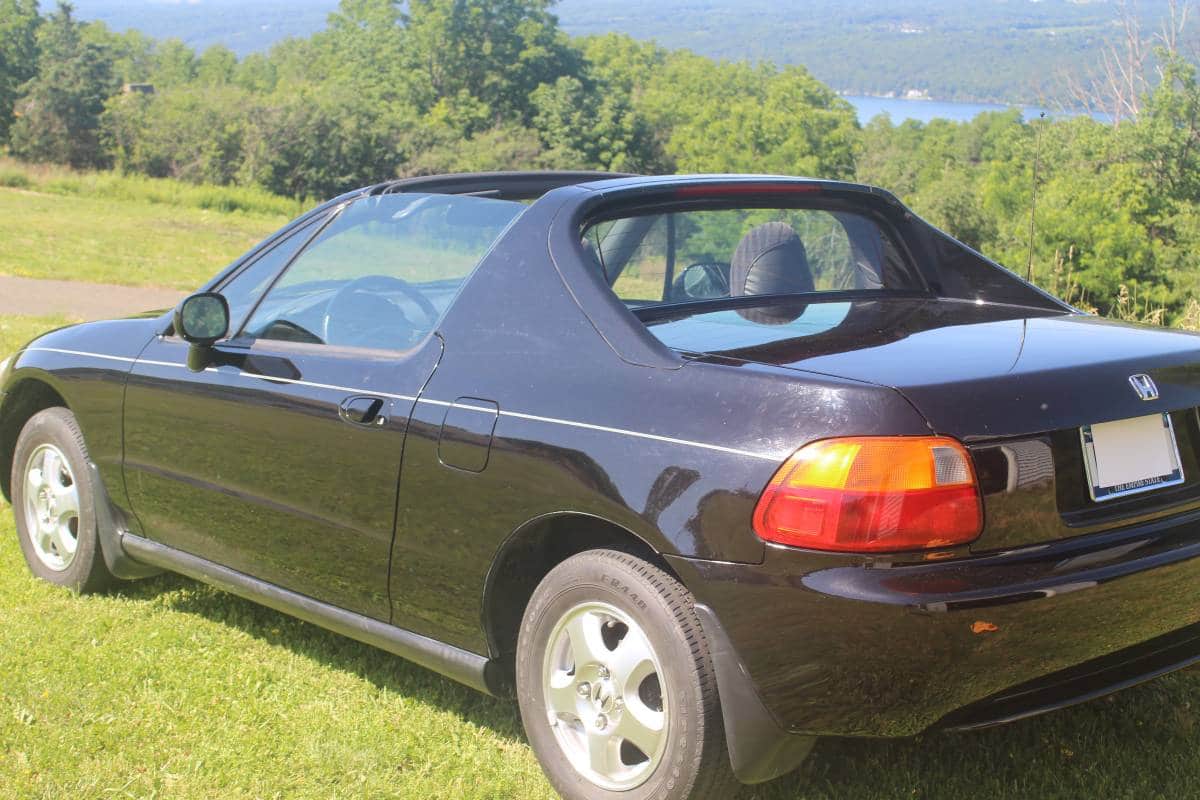 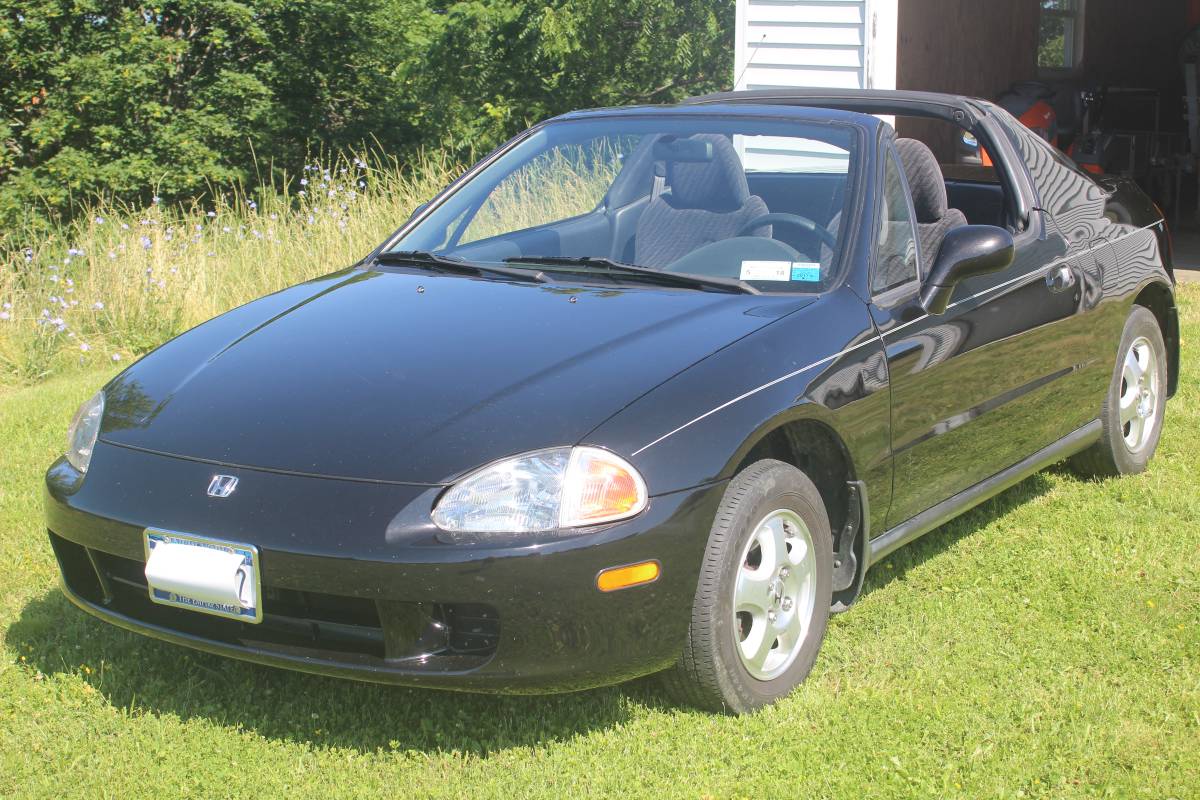 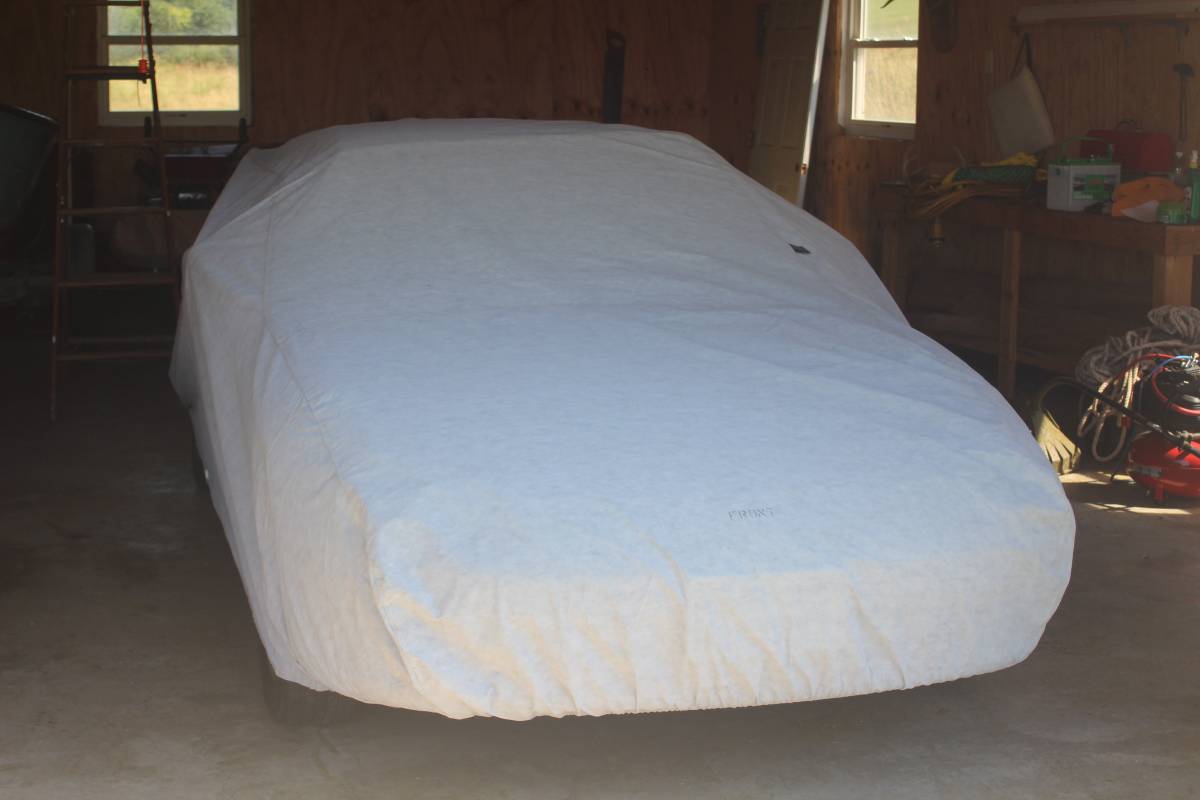 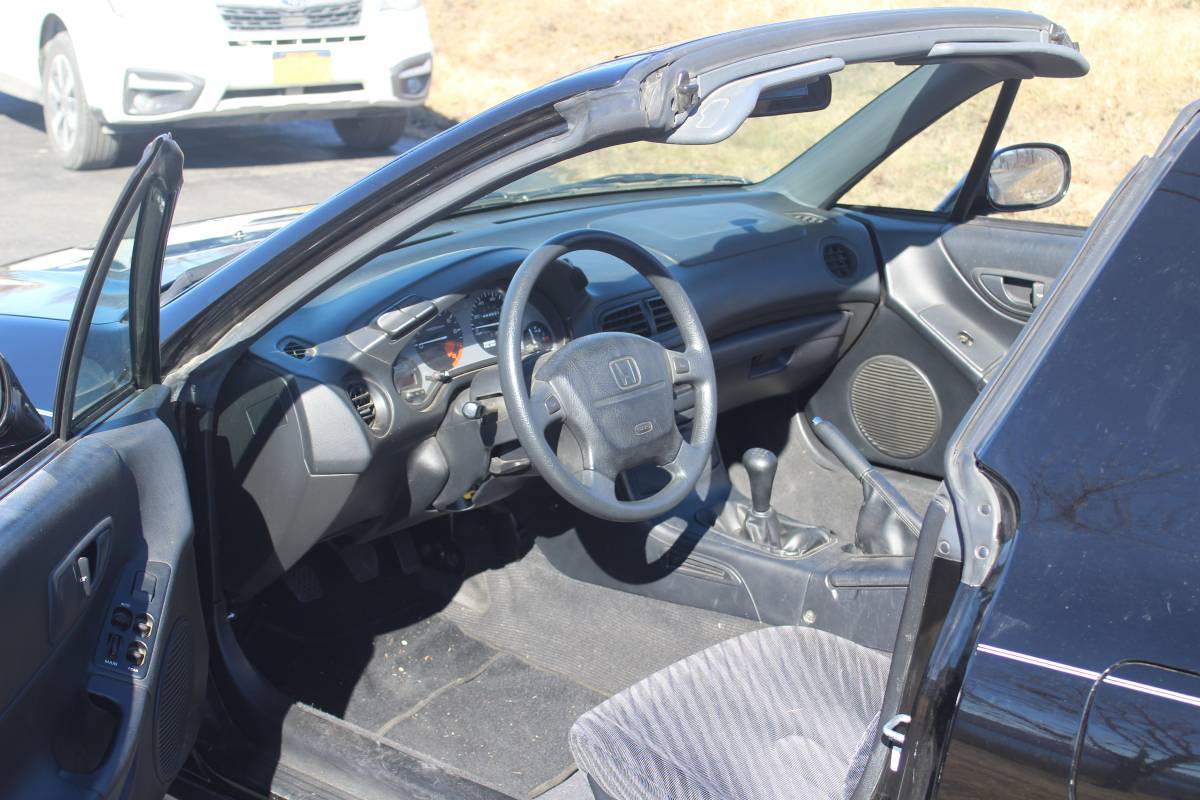 August 15th Update – While updating our database we confirmed the Craigslist post for this unmolested Del Sol expired.  With no replacement listing found, we’re calling this Honda “Sold!”

In normal times, I jump at any excuse to visit Watkins Glen, NY this time of year, and this completely stock, 43,000 original mile, 1997 Honda Del Sol S five-speed listed recently for $7,500 was an even more compelling reason.  A check of the NADA Guides Classic Car Online Valuation Tool will give the false impression this Del Sol is priced too high based on the current “Low”, “Average”, and “High” retail value range of only $2,225, $3,275, and $4,225, respectively.  Checking recent results on BringATrailer.com confirms the private seller has their Del Sol priced in line for a desirable low mileage original.

The Civic Del Sol (Spanish for “of the Sun”) marked Honda’s return to the two-seat sporty car after the demise of the CRX in 1991.  The Honda Civic Del Sol debuted as a two-seat Targa top convertible based on the Honda Civic. Not a true convertible, the Civic Del Sol featured a system distantly similar to early C3 Corvettes in that it had a removable Targa top roof combined with a removable rear window for a very open experience.  Unlike the C3 Corvette, the Del Sol’s Targa top fit in the roomy but shallow trunk while the rear window lowered into the body.  While North America made do with a manual removal Targa top, in typical Japanese fashion at the time, the home market cars featured an elaborate automatic retracting top system.

The base “S” model featured here came with a 1.5 liter SOHC 16-valve four-cylinder engine and rode on 13″ wheels and tires. The uplevel “Si” model came standard with a 1.6 liter SOHC 16-valve four-cylinder engine with Honda’s VTEC technology for more power. The Si also came with 14″ alloy wheels, power side mirrors, cruise control, and an anti-sway bar for improved handling. The only options on both models were a rear spoiler and floor mats.

While most Del Sols and other Civics from the 1990s long ago fell prey to tuner’s hands, its refreshing to come across a low mileage, manually shifted model that appears to have been used only as a summer around the wine country of beautiful Seneca Lake.  This Del Sol is a RADwood-eligible car on the cheap that is a sporty way to enjoy a nice top-down in the Finger Lakes.  Good luck with the purchase!