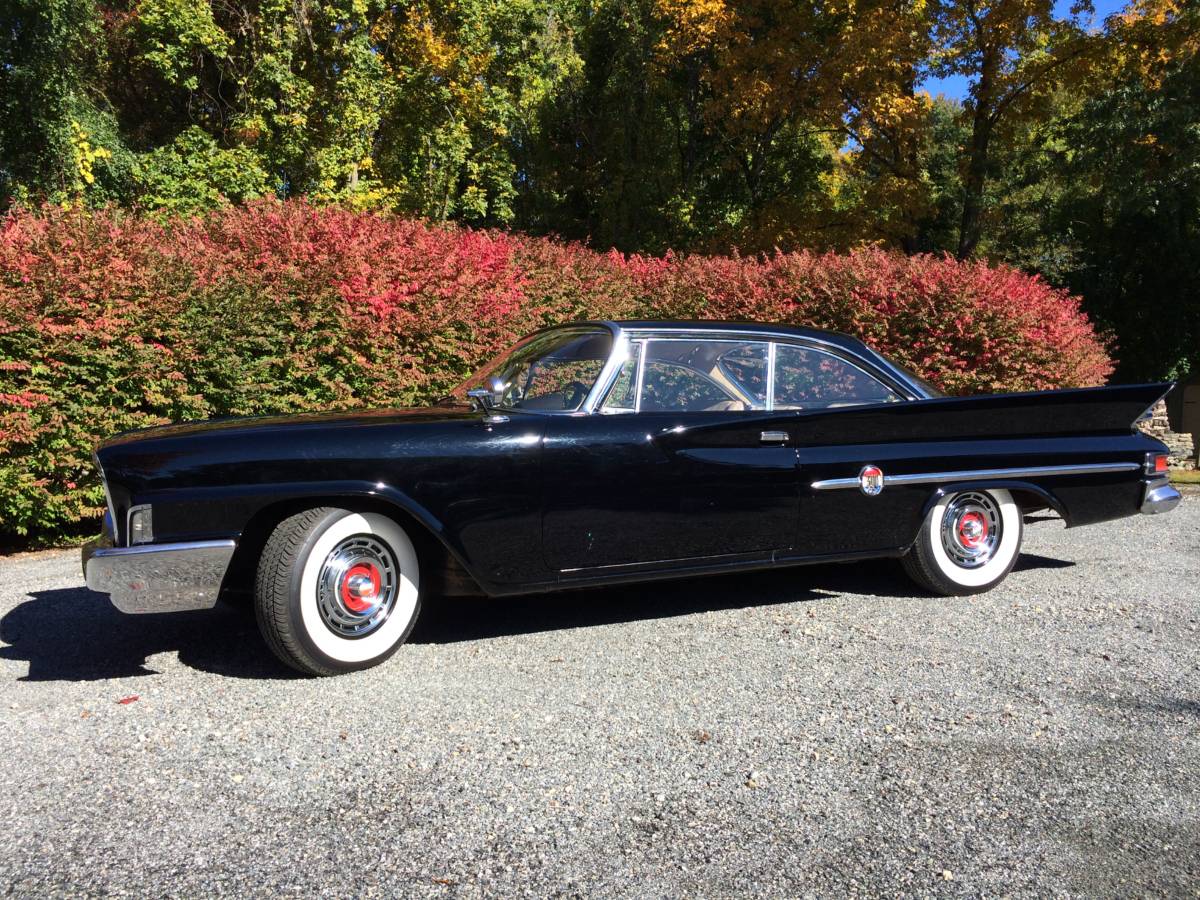 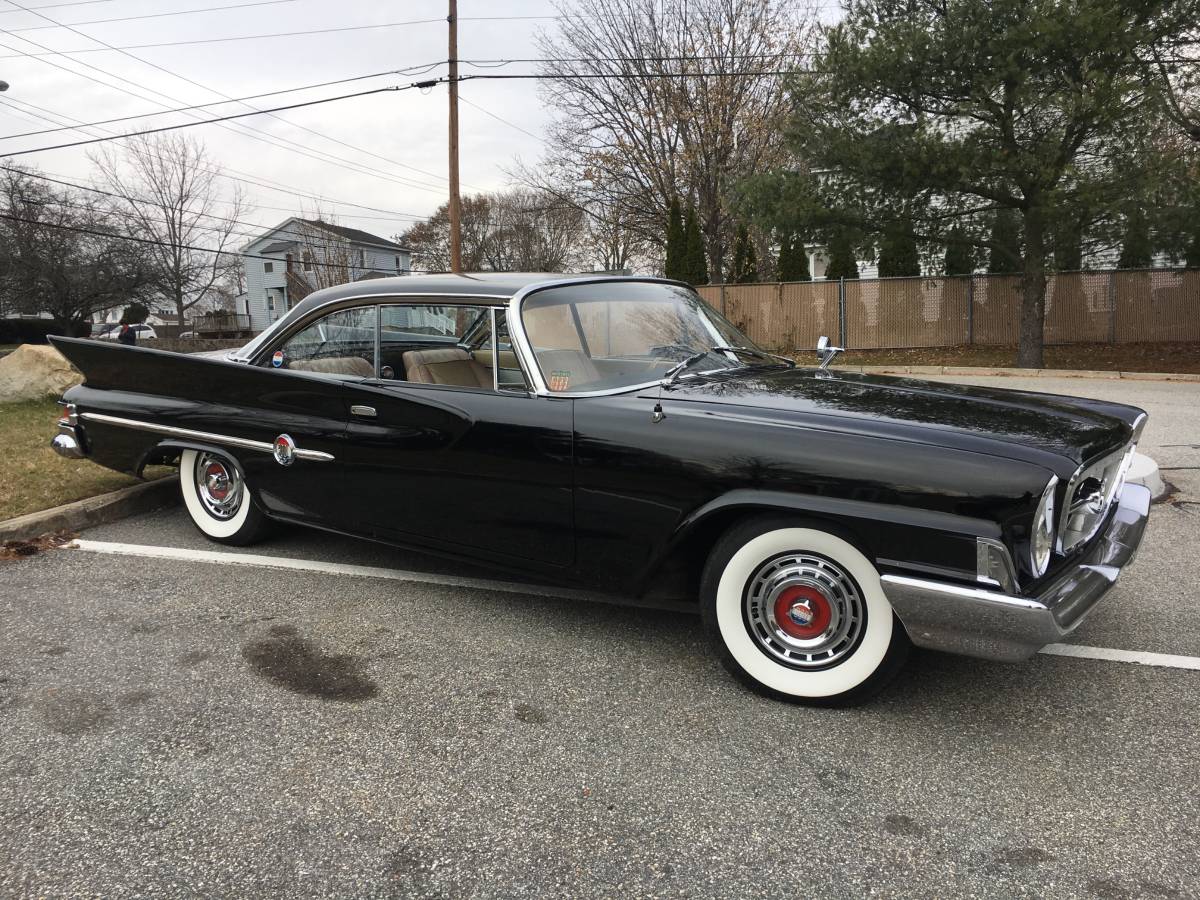 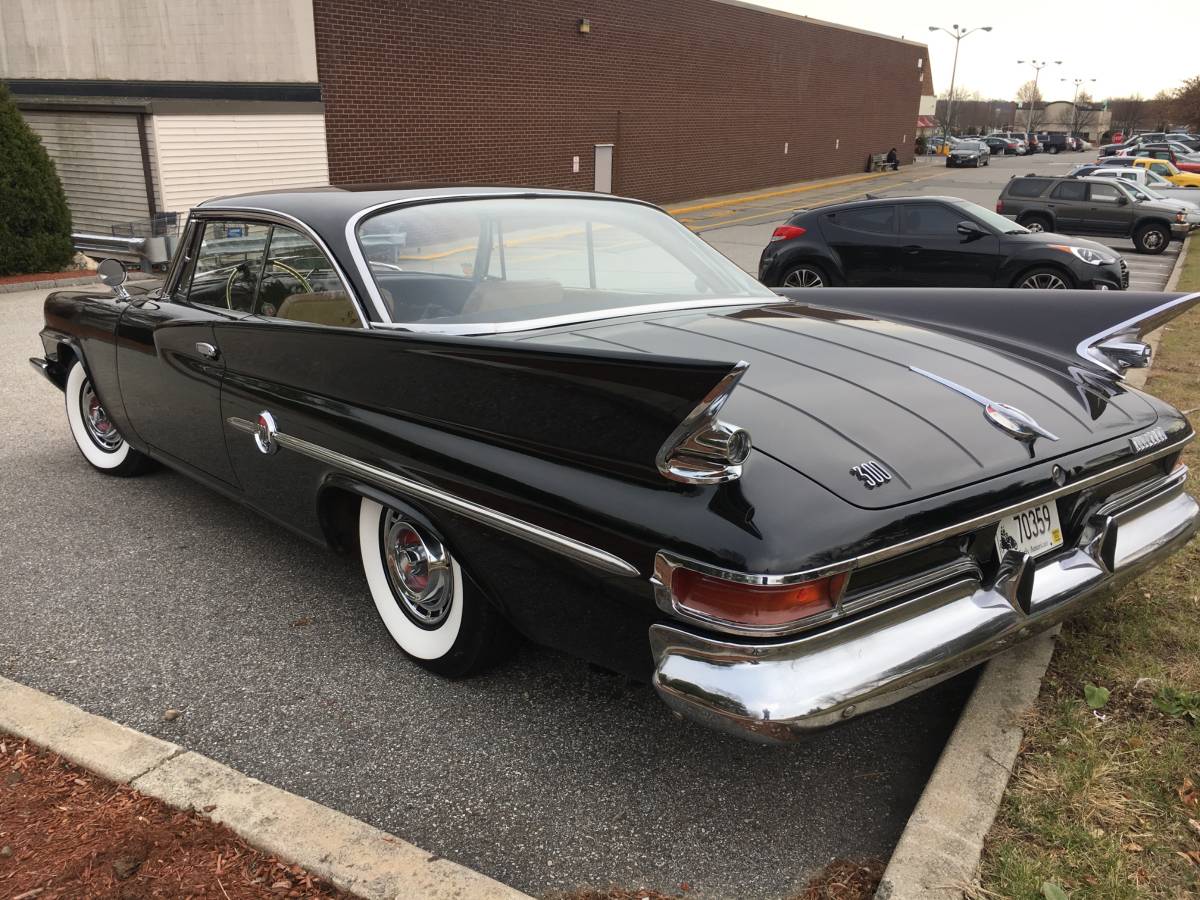 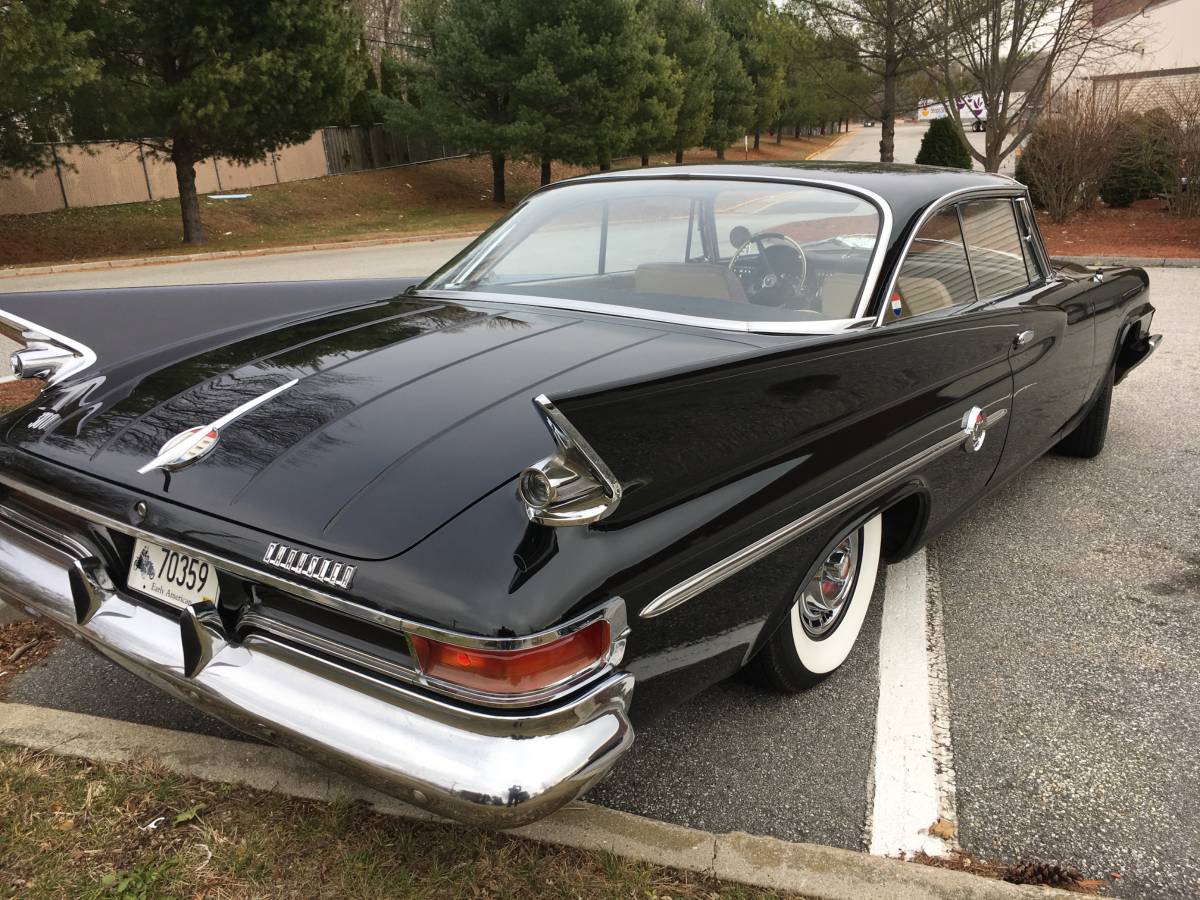 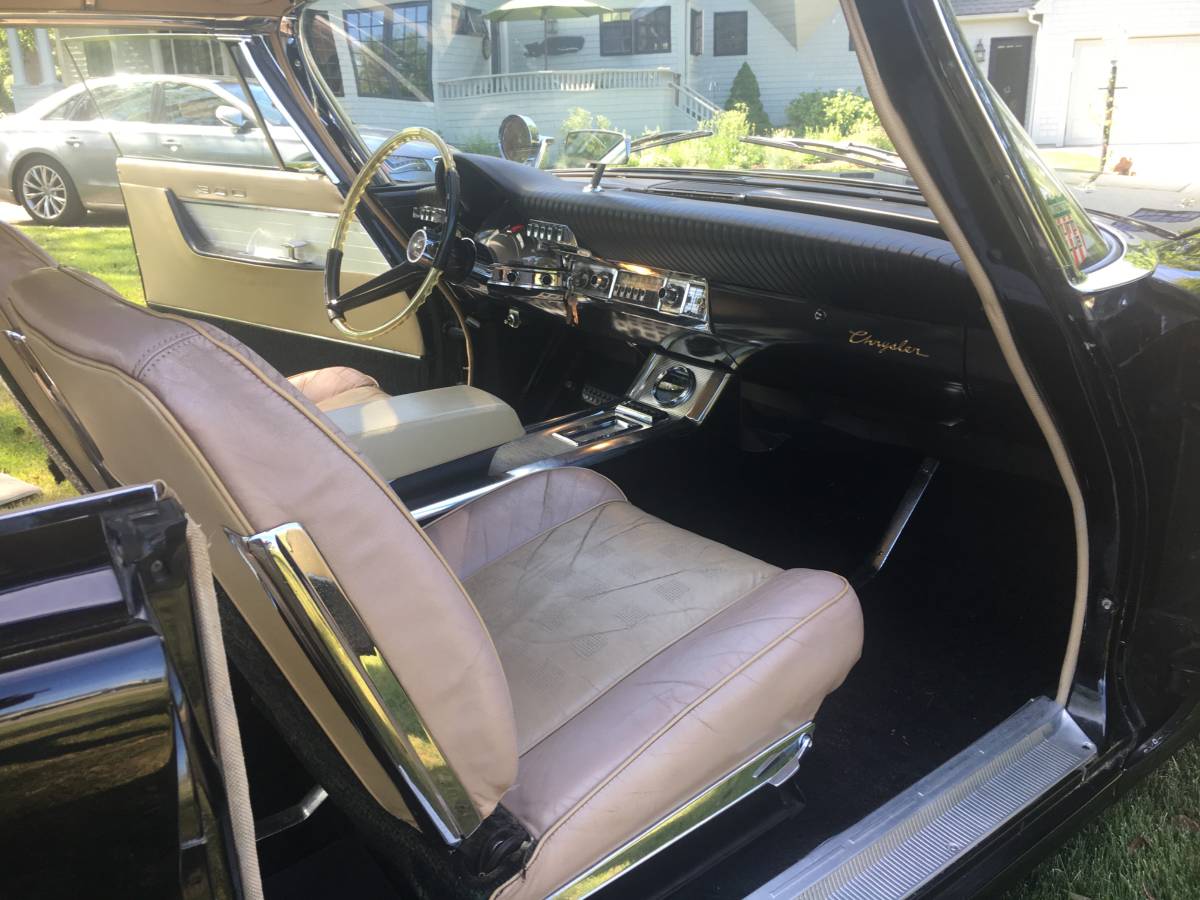 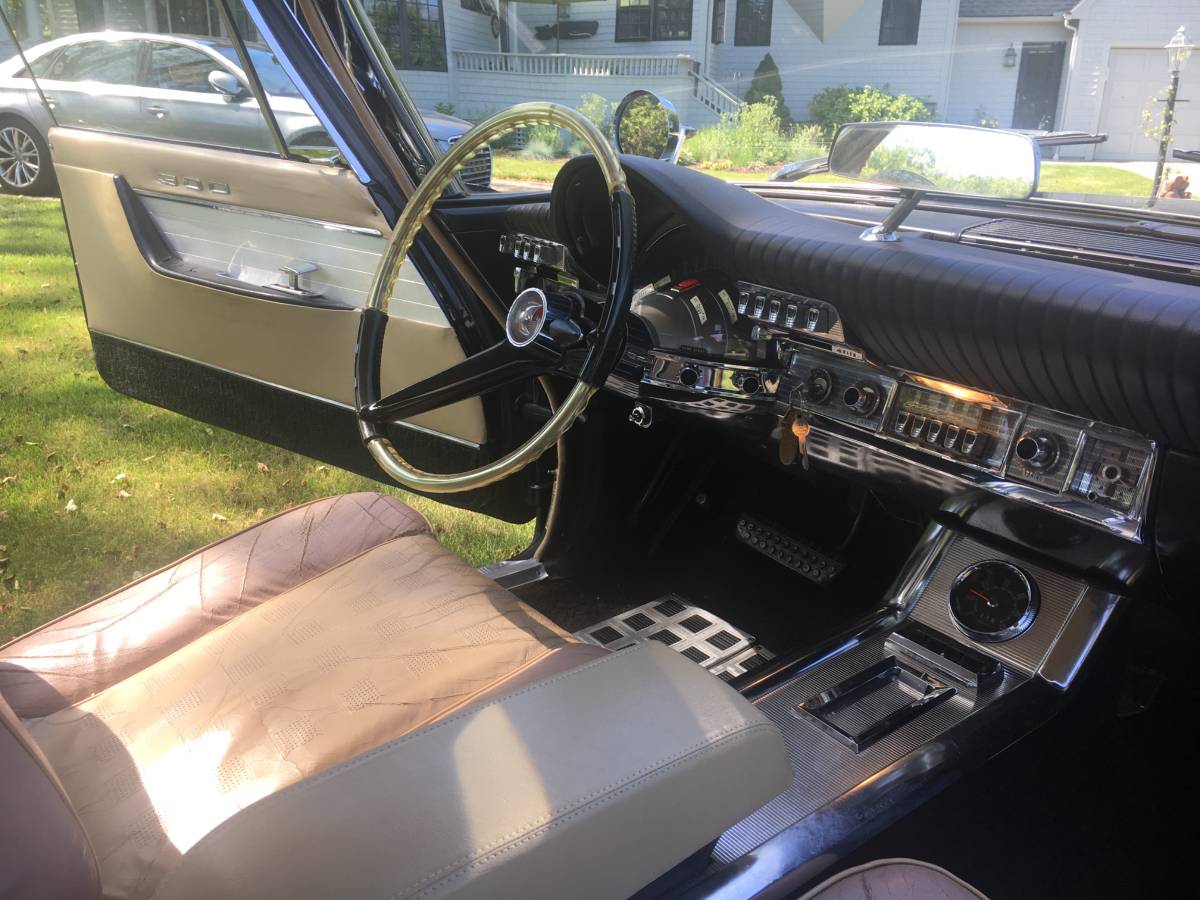 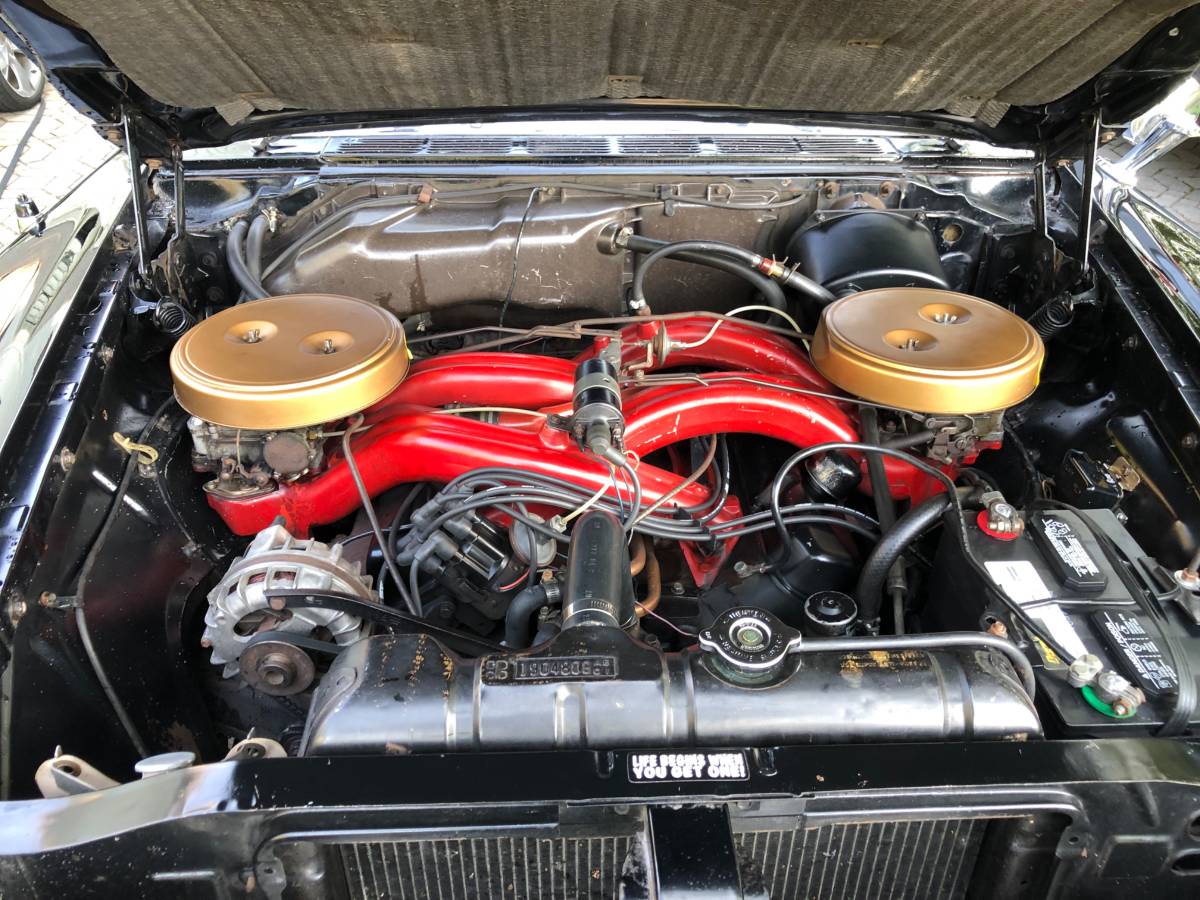 August 21st Update – While preparing for our latest Free For All Friday feature, we confirmed the private seller deleted the Craigslist ad for this Chrysler 300G recently. Consequently, we’re calling this classic “Sold!”

Before Pontiac created the true big-motor-in-an-intermediate-body Muscle Car, Detroit’s Big Three enjoyed providing big motored personal luxury hardtops such as this 1961 Chrysler 300G. Currently listed recently on Craigslist in Bozrah, Connecticut by the caretaker of the past fourteen years, this Black over Tan leather example currently has an asking price of $48,500.   Checking the Hagerty Insurance Online Valuation Tool confirms this private seller has his 300G priced between the #2 “Excellent” appraisal of $69,700 and the #3 “Good” estimate of $43,500.

The Chrysler 300 “letter series” cars were high-performance personal luxury two door hardtops built by Chrysler in the U.S. from 1955 to 1965.  The 1961 300G was the final year for the Virgil Exner designed version with its “Forward Look” tail fins.  The grille, formerly wider at the bottom than the top, was inverted; the quad headlights, formerly side-by-side, were arranged in angled fashion, inward at the bottom, in a manner reminiscent of 1958-1960 Lincolns and the 1959 Buicks.  Small parking lamps below the headlights were likewise slanted and V-shaped, and the front bumper was canted up at each end, scoop-like. At the rear, the taillights were moved from the fins to the tail below them, and the fins were made sharper-pointed. Power windows became standard.

There were two key carry-overs from the prior year “F” version. The first included the 413 cubic inch Wedge engine delivering 375 gross horsepower. To boost power at lower and mid rpms, Chrysler engineers developed a special “cross-ram” intake manifold. Instead of the normal V8 engine central intake manifold with carburetor(s) on top, the cross-ram consisted of two pairs of 30 inch long tuned pipes that criss-crossed so that each set fed the opposite side of the engine. The carburetors and air cleaners hung off the sides of the engine over the fender wells. These long tubes were tuned so that resonances in the column of air helped force air into the cylinders at those engine speeds. Second was the four individual, leather bucket seats with a full-length console from dash to rear seat back. The front bucket seats featured swiveling motion as standard equipment.

There’s an old saying in the collector car world: “They are only original once.”  We prefer the honesty of the private seller’s description of his 300G that has never been restored.  We prefer the patina of a nicely used and well maintained survivor to the perfection of an over-restored example.  Good luck with the purchase!

“The Chrysler 300G is a rare vehicle. One of the first muscle cars in a line up of letter cars designed by Virgil Exner. I’ve owned this car for the past 14 years and enjoyed every minute of it. It never been restored, the extent of the work I have done is mechanical and keeping it clean and properly stored in a heated secure space. Taking it to shows only gets endless head turns and envious comments.
The 413 Cubic inch, cross ram induction engine, 4 bucket seats and the space age interior makes it a true work of art. Google 1961 Chrysler 300G and confirm for yourself what a collectible it is.
I’m open to serious offers and recognize it’s a 58 year old car not restored. If your looking for perfect, keep looking. If you want a great car that wins trophies at shows and you can drive this is your car. Message me for your private viewing and drive.“