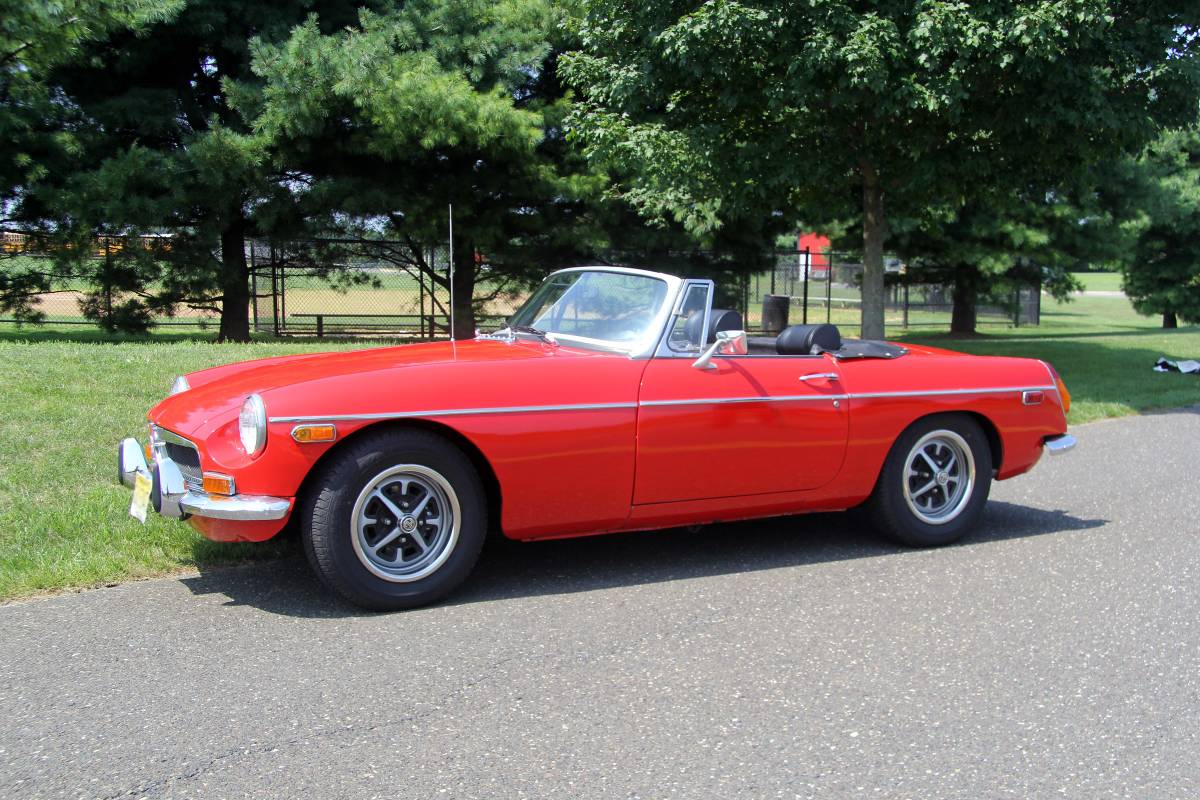 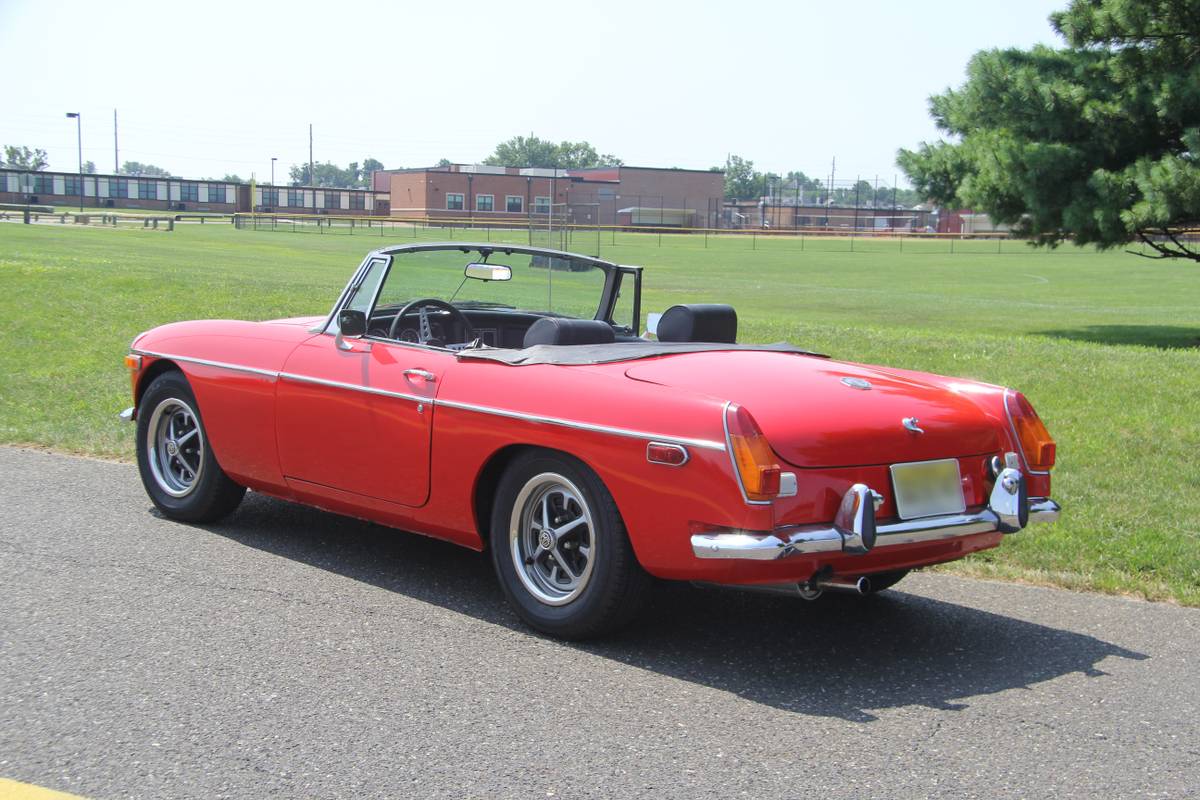 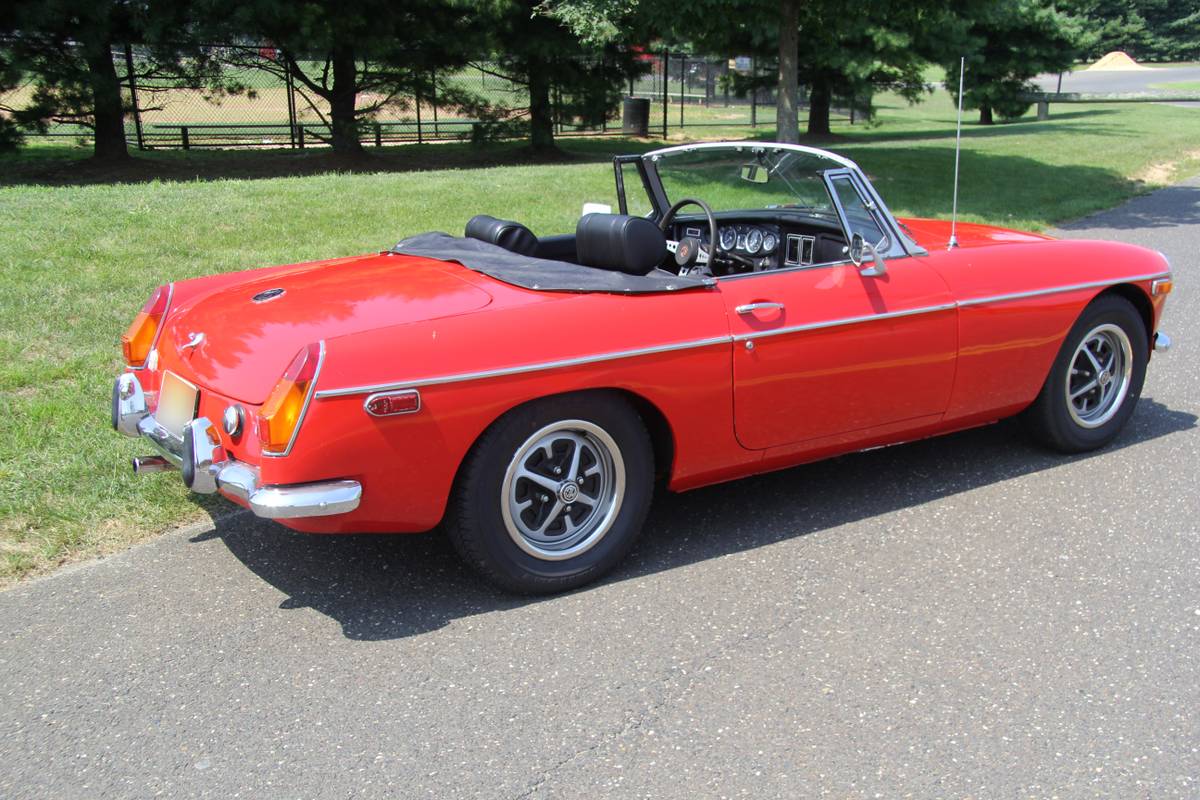 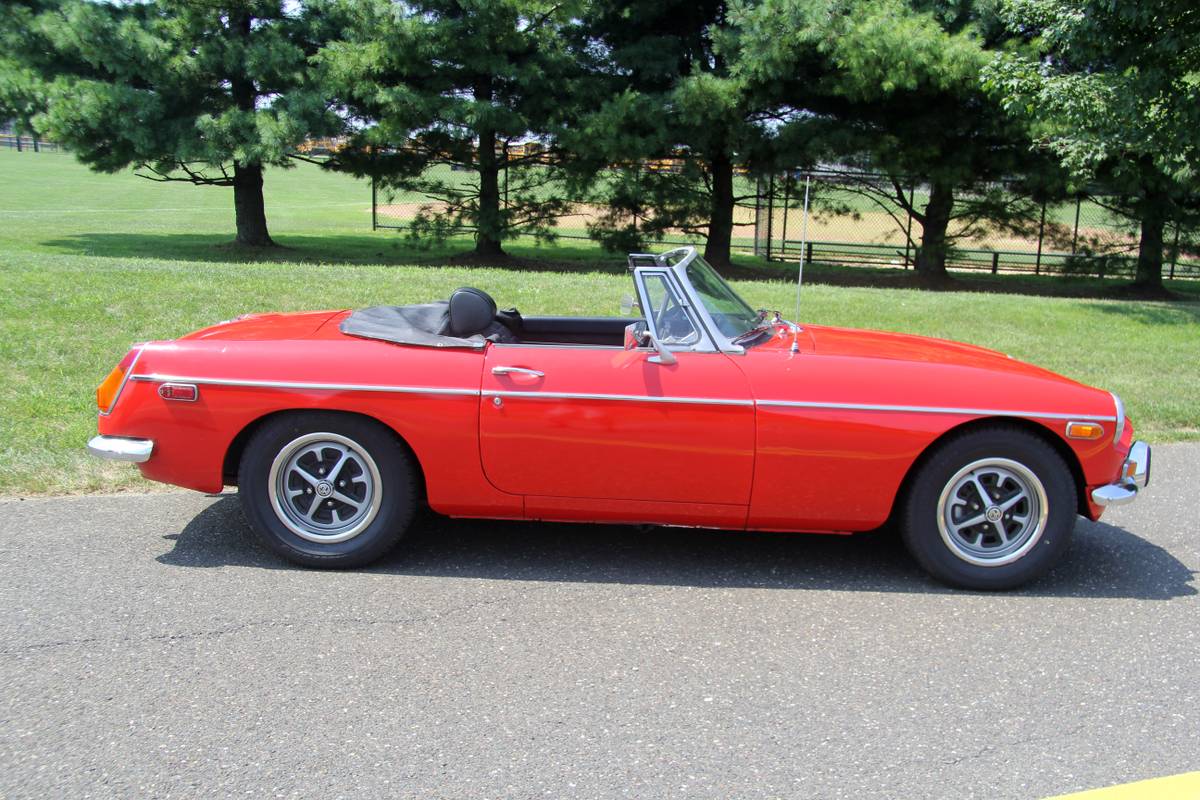 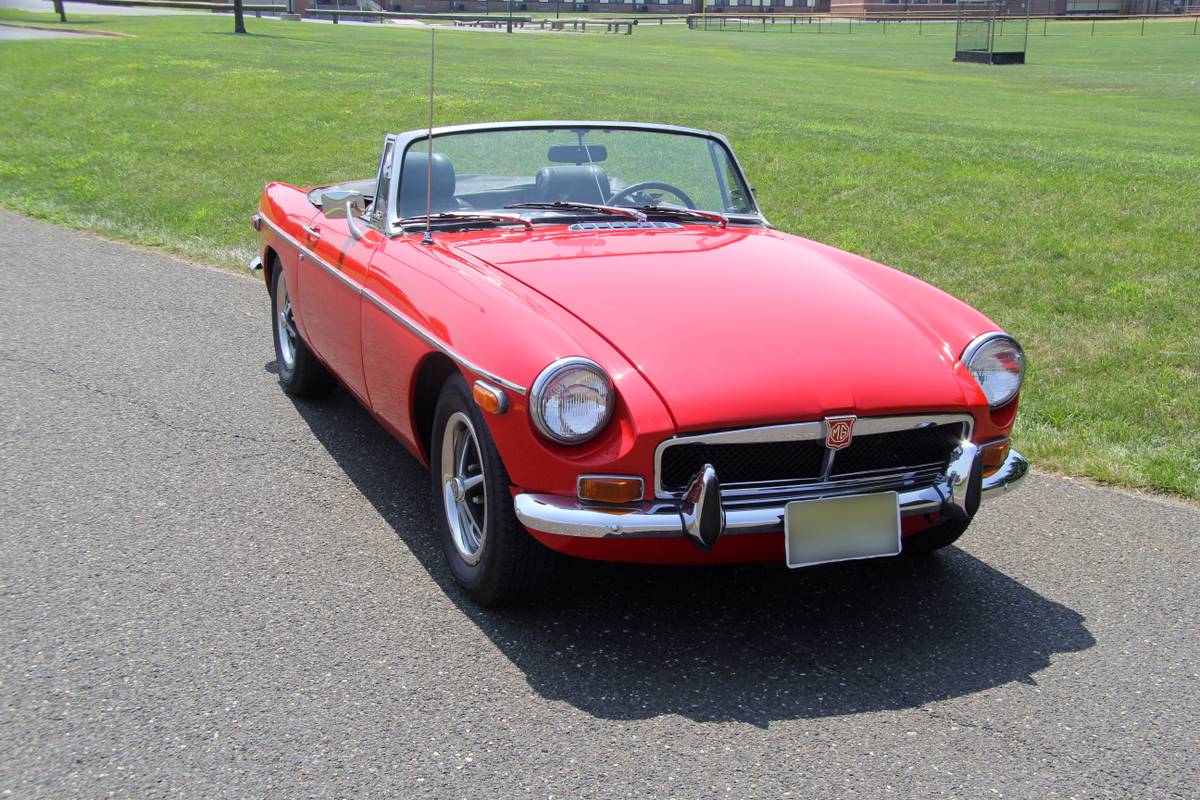 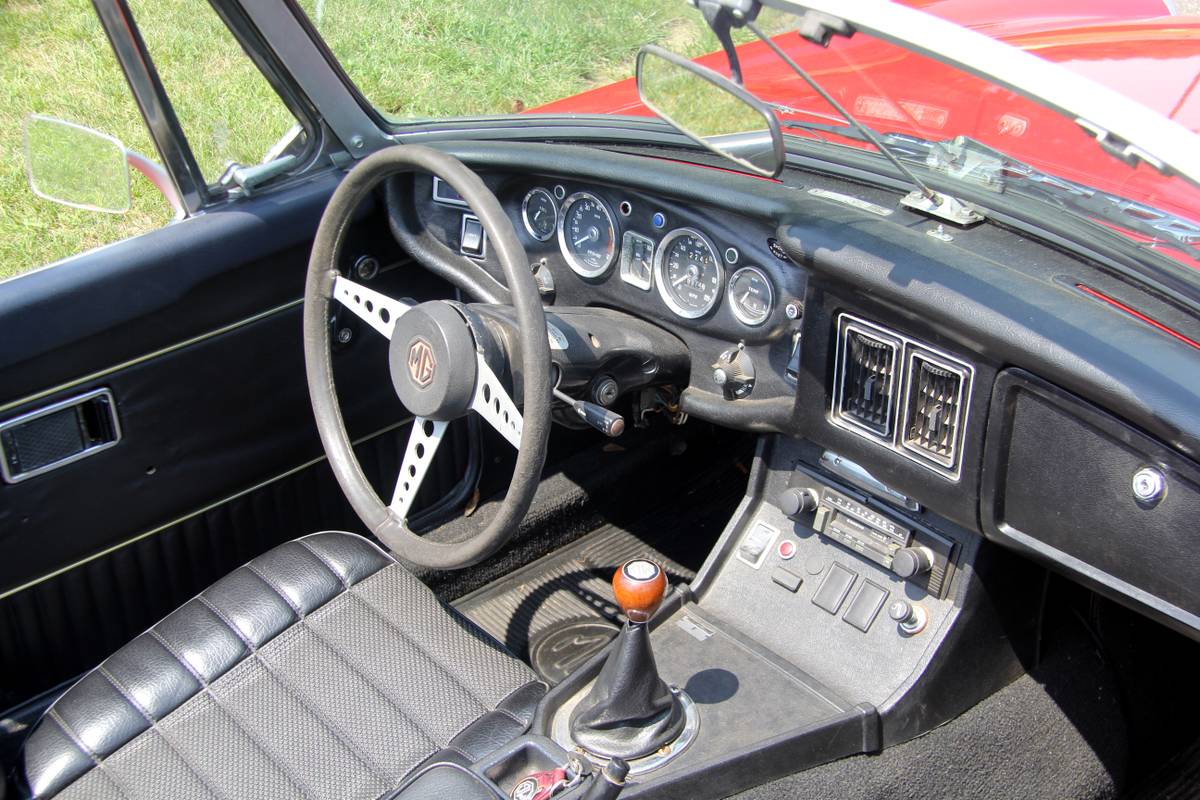 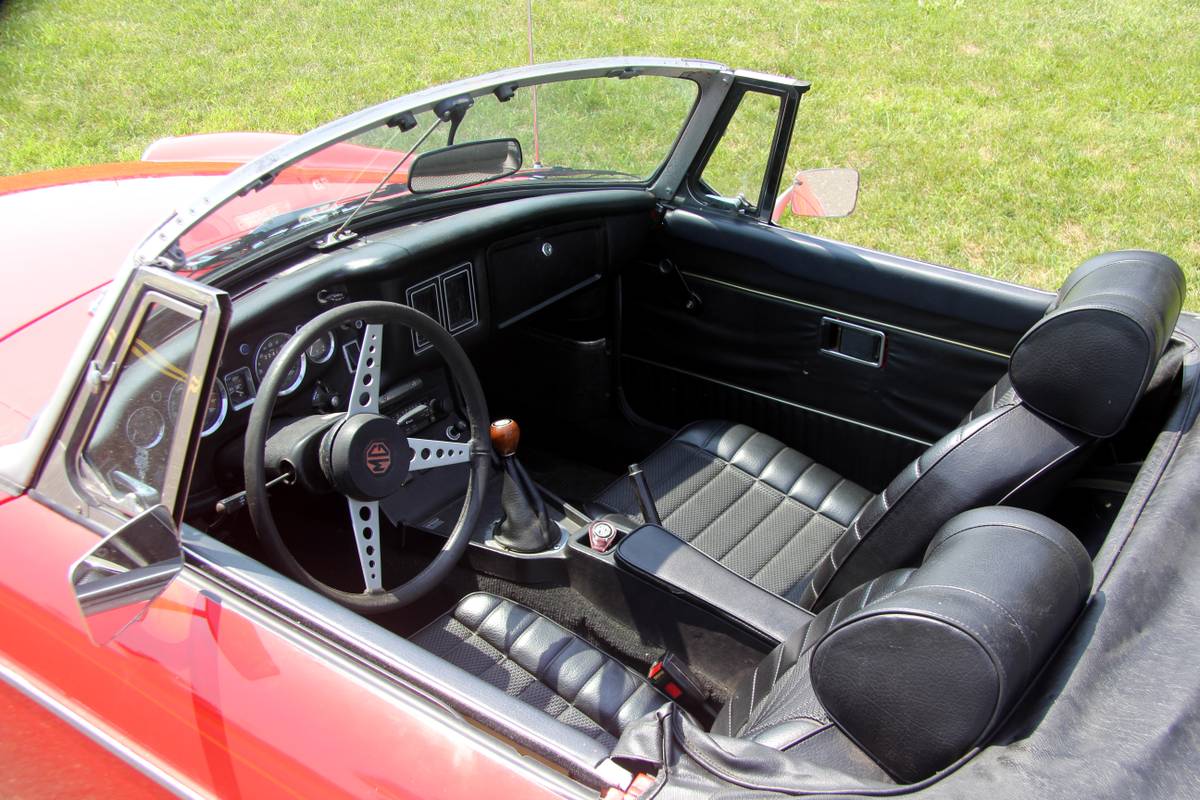 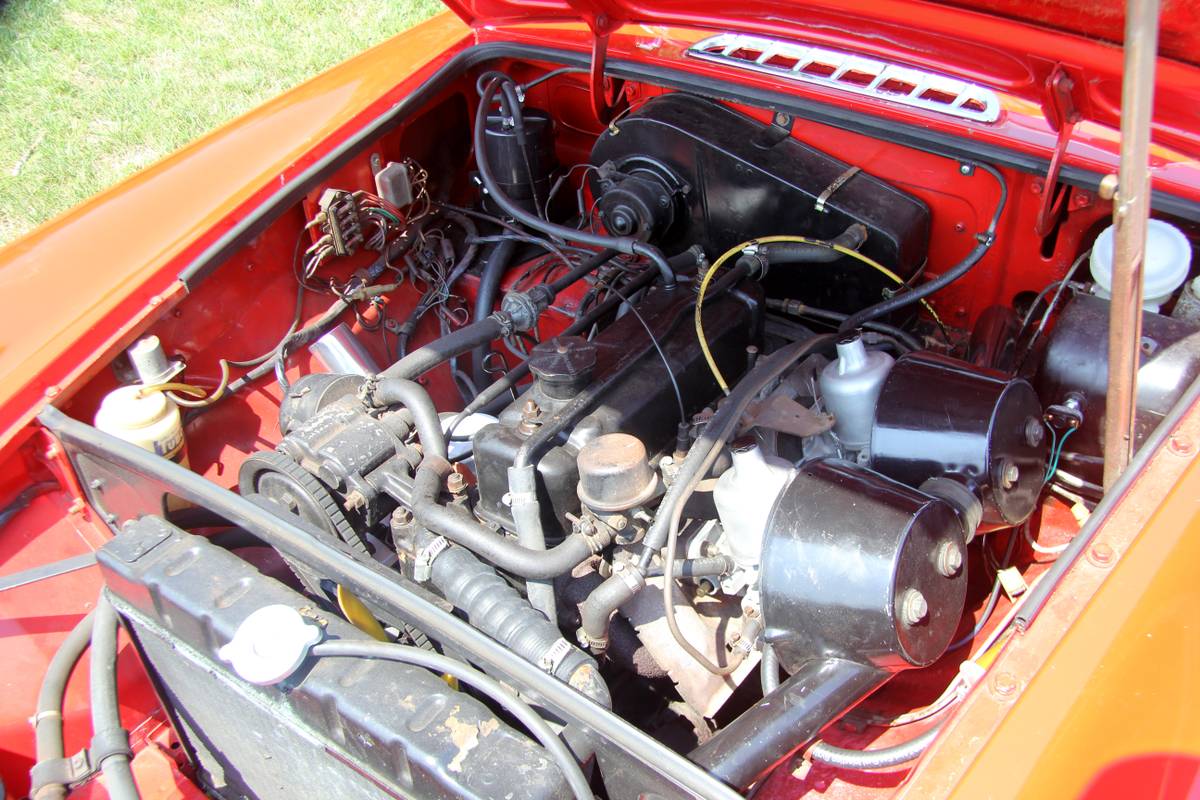 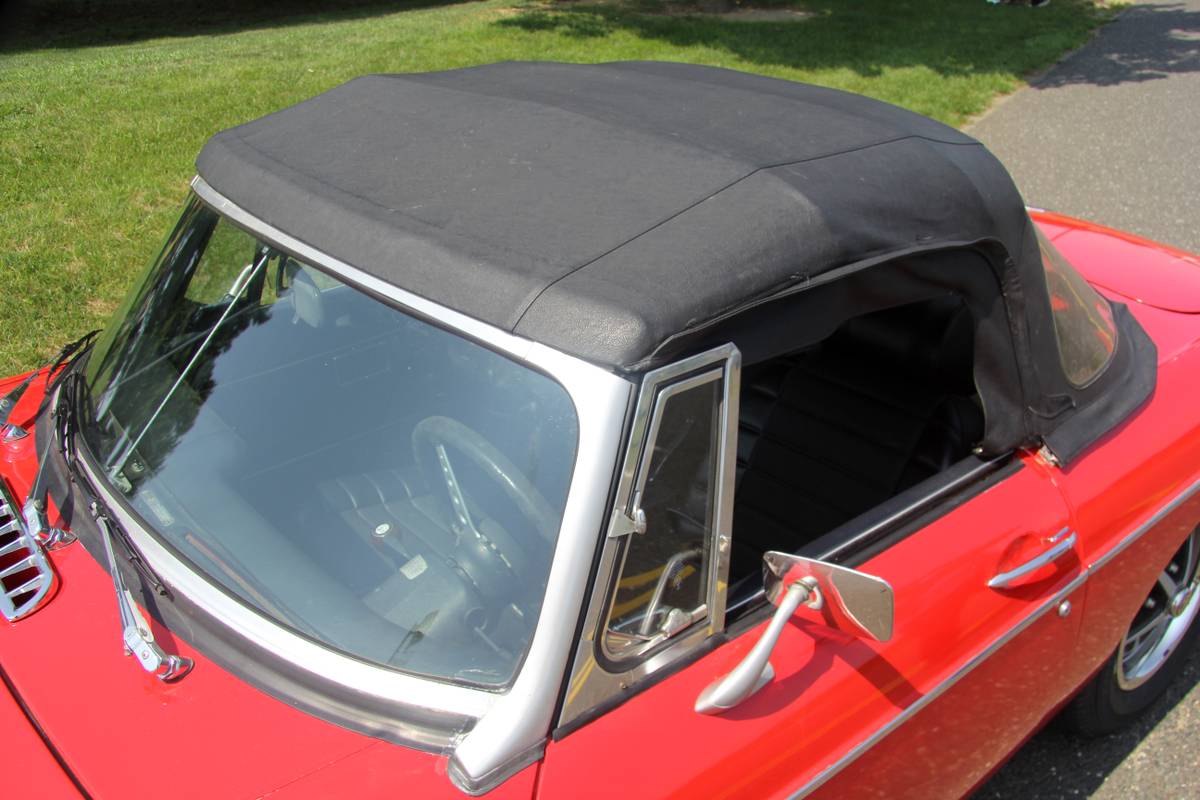 Update: This one got away, but if you have your heart set on something similar, email here the details of what you’re looking for or call Rudy directly at (908)295-7330

July 24th Update:  when we first featured this red over black chrome bumper last October, the private seller had it listed for $8,200.  Fast forward nine months and the same seller now has a fresh listing with a price lowered one thousand to $7,200.  Garaged for the last twenty years with only 59,000 original miles, this MGB appears to be a great example that won’t break the bank.

Posted recently on Craigslist out of Marlton, New Jersey was this 59K original mile, red over black vinyl, 1972 MGB the private seller is now hoping to get $7,200 for, which is $1,000 less than what was asked for in October 2019.  Looking at the Hagerty Insurance Online Valuation Tool the private seller has his MGB currently priced $1,500 less than the #3 “Good” estimate of $8,700.

In 1962 Morris Garages, better known as simply “MG”, introduced its new MGB.  While mechanically similar to the car it replaced, the new MGB incorporated modern unit-body construction (the MGA used body-on-frame) that featured roll-up windows.  By making better use of space the MGB offered more passenger and luggage space than the MGA despite being three inches shorter in overall length. The modern design proved popular over the years and with minor changes the MG remained in production through the model year 1980, making it Great Britain’s best selling medium-sized sports car of all time.  We like the early seventies models as they retain the classic chrome bumpers and lower ride height lost after 1974.

The private seller of this MGB states the car has been garage kept for the past 20 years, so we assume that’s how long he’s been the caretaker of it.  Work recently completed includes new tires and brakes all around,  rebuilt carburetors,  new alternator and all fluids changed in June.  Based on the pictures provided, this MGB appears to be a nice clean example.  As long as the pre-purchase inspection confirms that, this will be a great example to enjoy the rest of the fall top-down season with.  Good luck with the purchase! 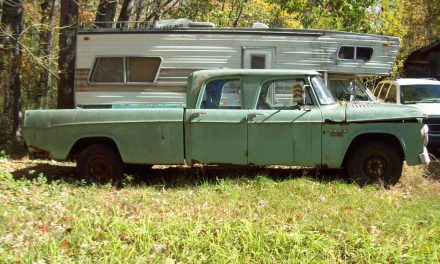