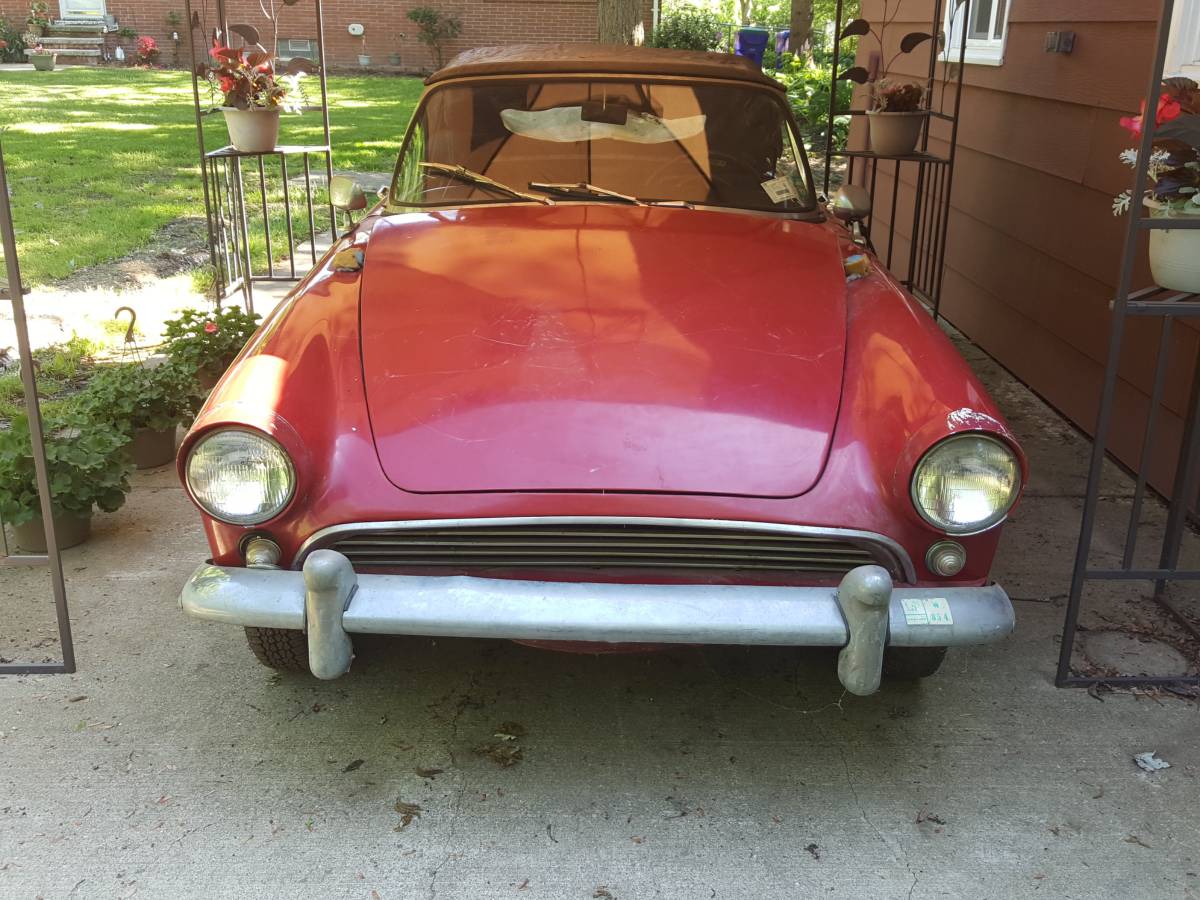 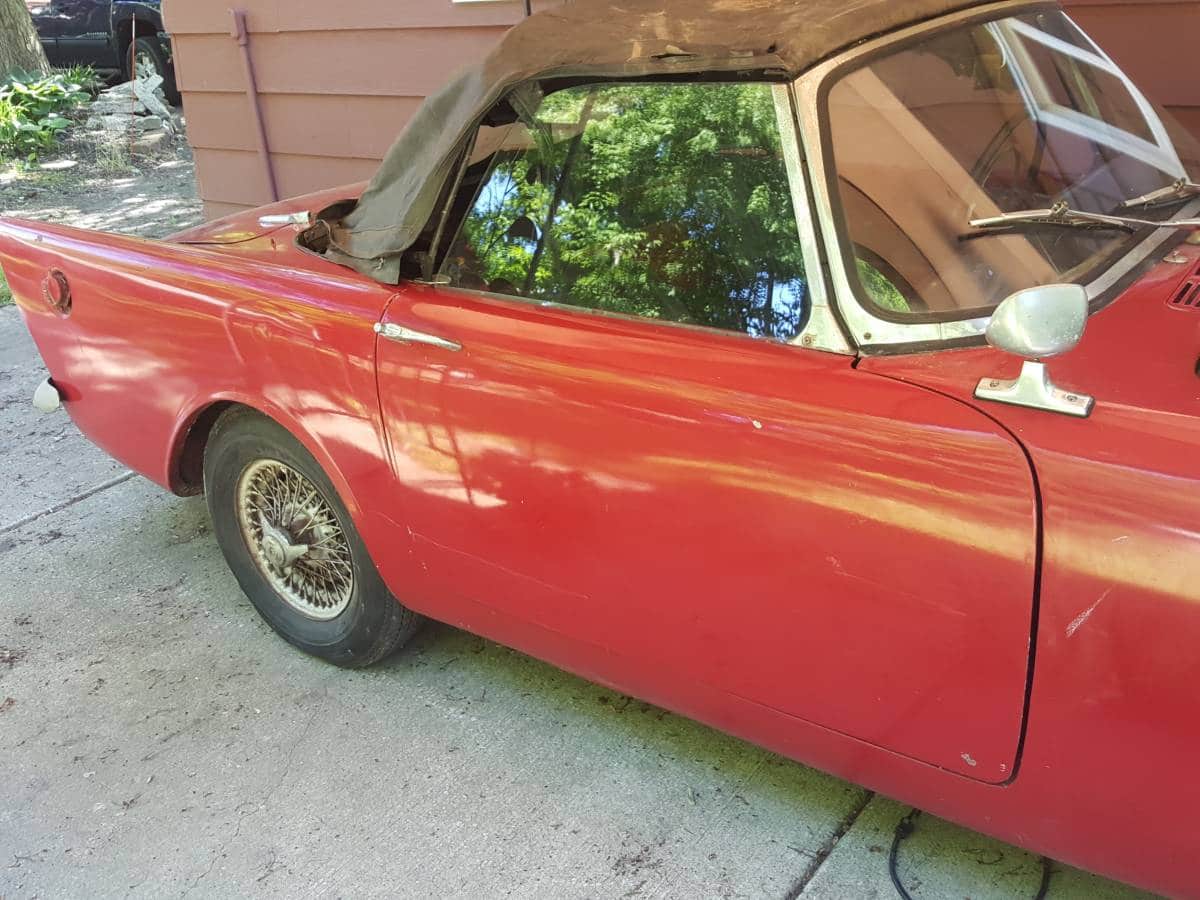 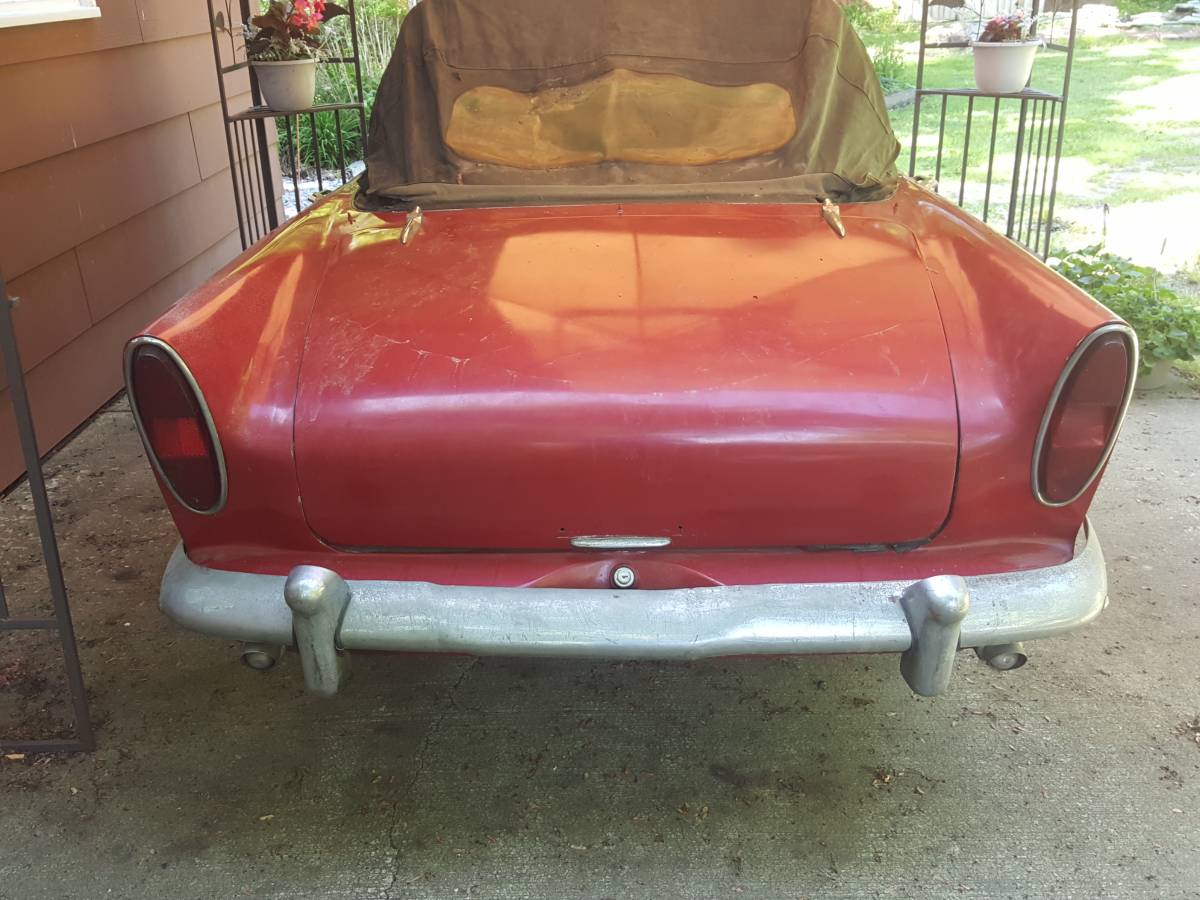 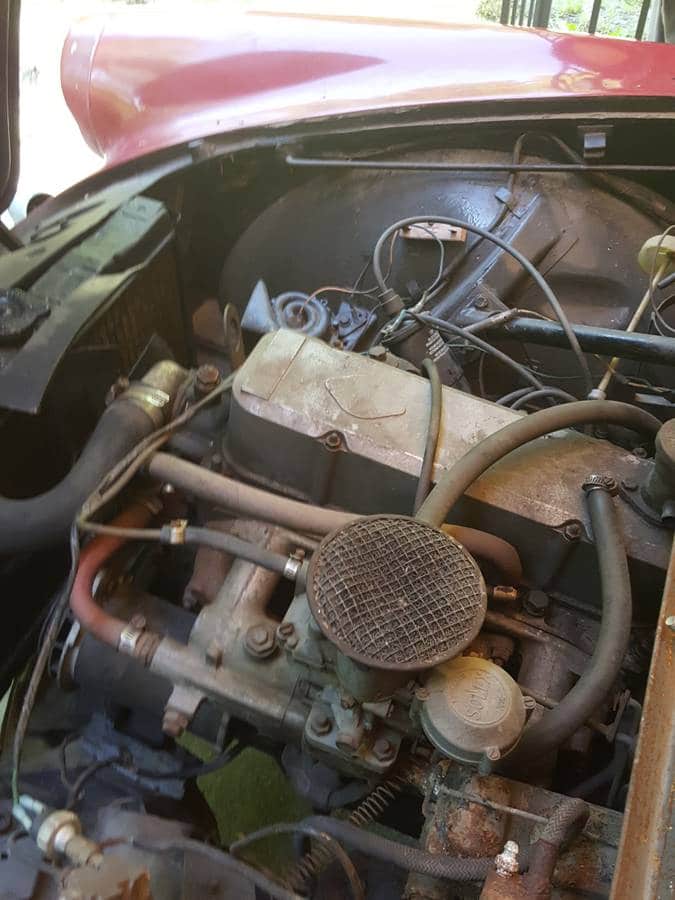 With its tail fins and flared headlight bezels, we’ve always liked the ’57 Ford Thunderbird vibe early Sunbeam Alpines like this 1962 project posted in July 2020 on Craigslist in Hamburg, New York. A non-running project with many spare parts included, the private seller is asking $3,000 or best offer for, which relying on the Hagerty Insurance Online Valuation Tool as a guide means it’s currently priced $3,400 less than the #4 “Fair” (Daily Driver) level.

The Rootes Group produced the Sunbeam Alpine as a two-seat convertible sports car produced 1959 to 1968 in five series. The example presented here is a Series II produced between 1960 and 1962.  While Series 2 cars continued featuring styling elements mimicking Ford’s 1957 Ford Thunderbird, the most notable upgrade for these cars was an enlarged 1,592 cc (97.1 cubic inch) engine producing 80 brake horsepower combined with a slightly revised rear suspension. When it was replaced in 1963, just under 20,000 had been produced.

The Motor magazine tested a Series II with hardtop and overdrive in 1960. The magazine recorded a top speed of 98.6 mph, acceleration from 0–60 mph, in 13.6 seconds, and fuel consumption of 25.8 mpg.

The seller honestly reports their Sunbeam is “in need of restoration.”  Bring your car hauler or hire a flatbed as this Sunbeam does not run and has the transmission out, however, the parts needed for the rebuild are included with the sale. Since Sunbeam Alpines haven’t changed much in value, we’ve always toyed with the idea of merging an NA Mazda power train into one of these cars for the best-of-both-worlds sports car restomod.  Whatever path you choose to take with this Alpine, good luck with the purchase!

“62 series2 alpine in need of restoration. Transmission is out of car comes with parts for rebuild. The engine does turnover by hand but it hasn’t started in at least 10 years. Also comes with Many manuals and extra engine parts asking 3000.“