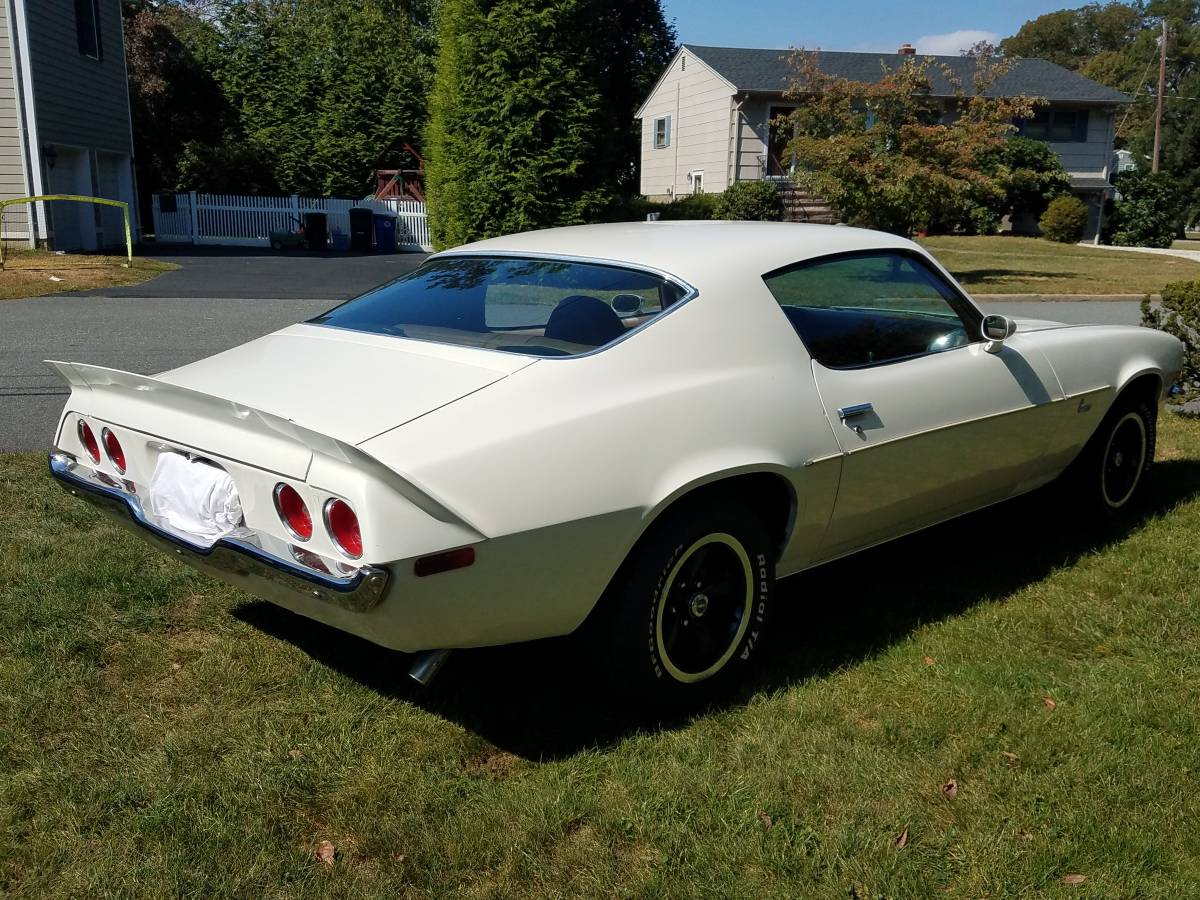 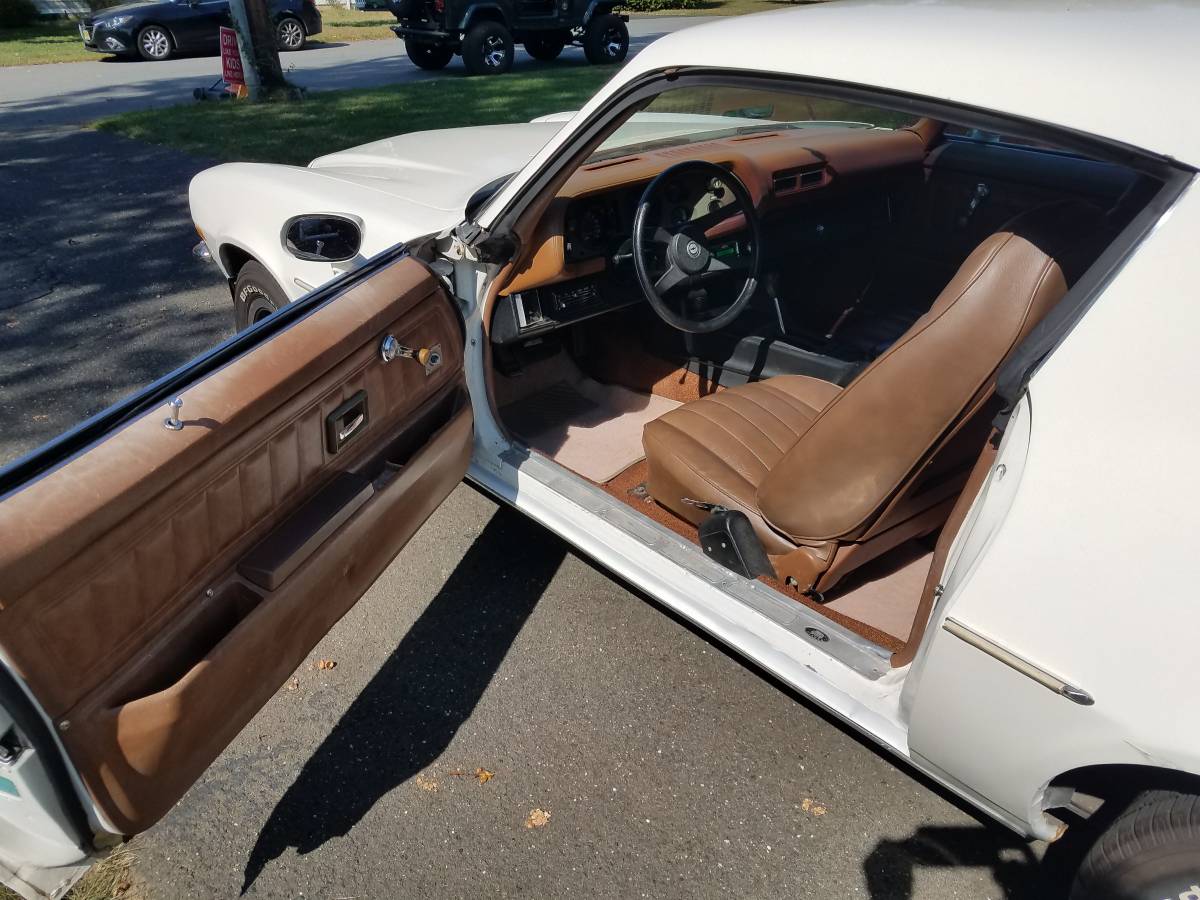 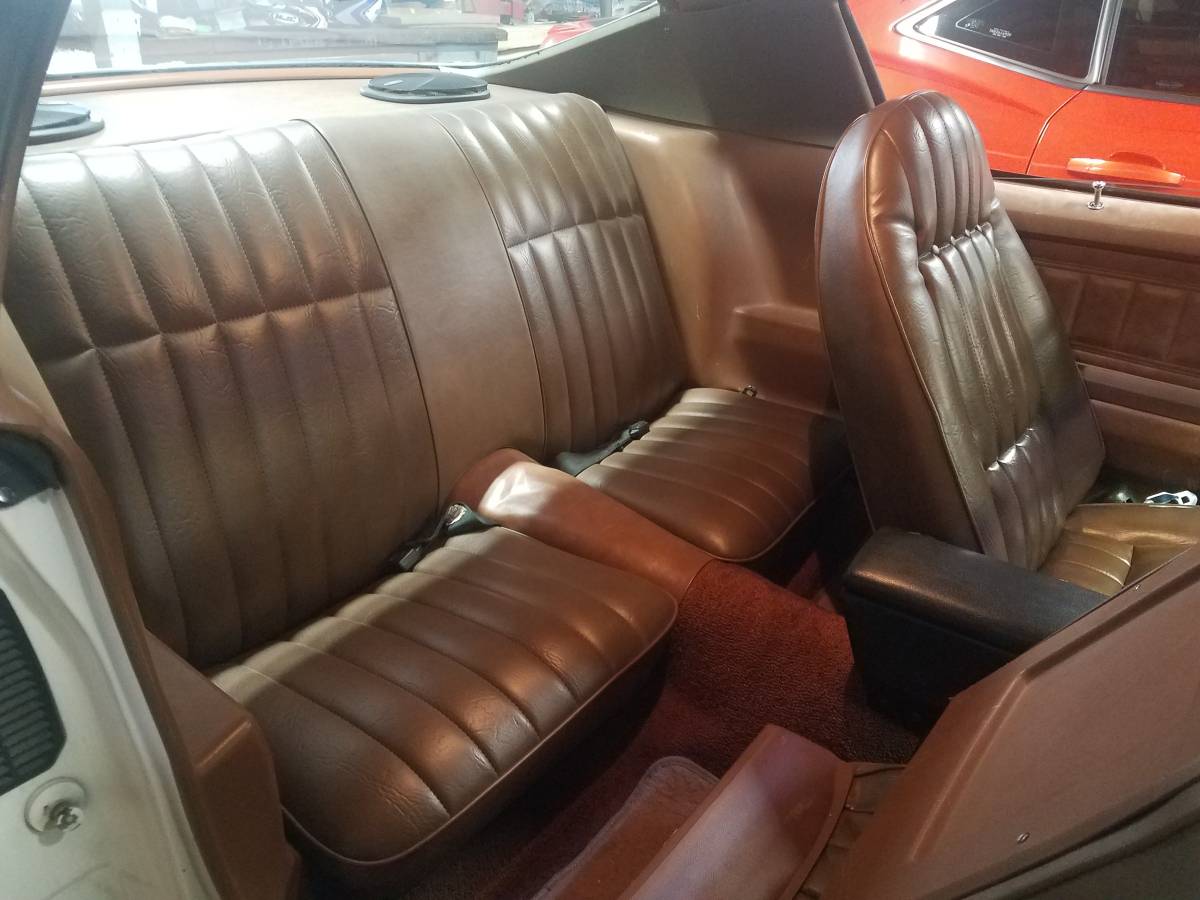 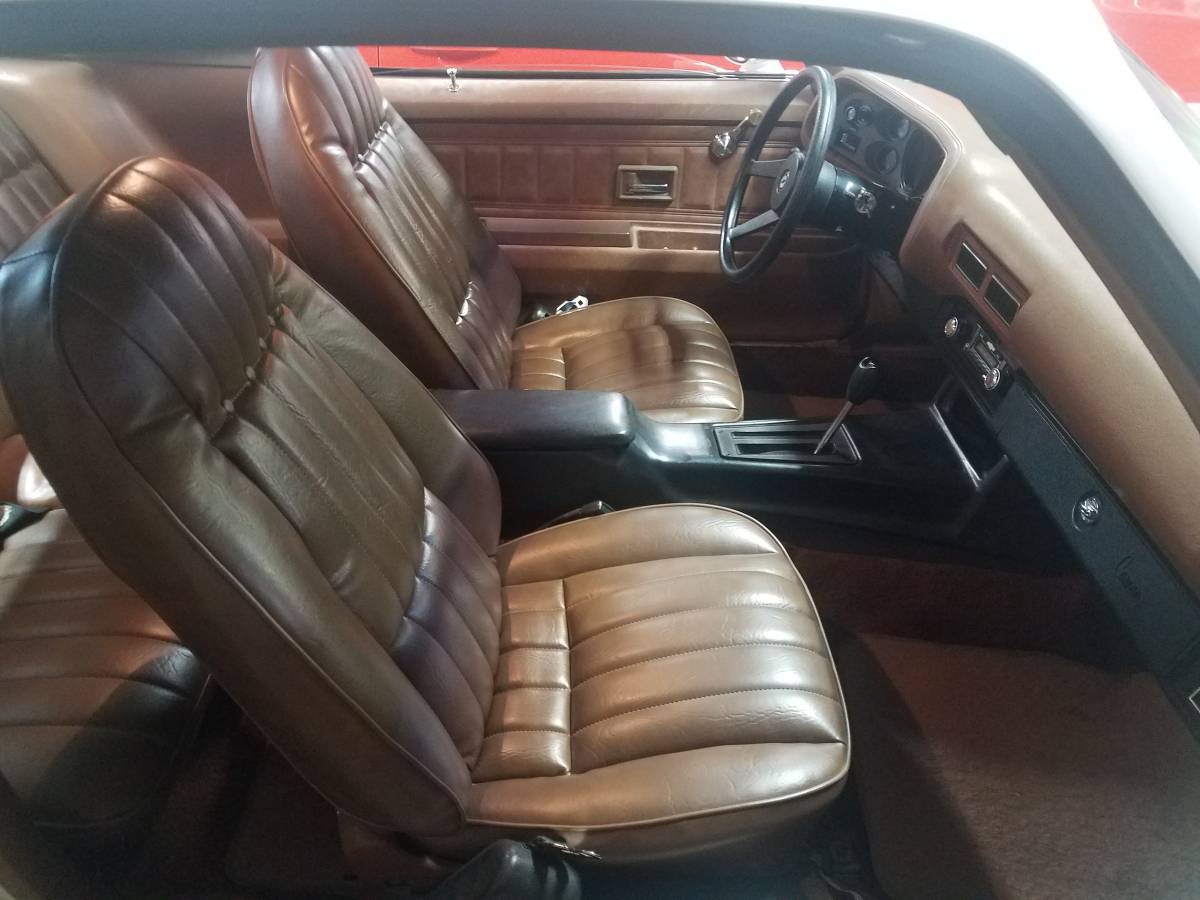 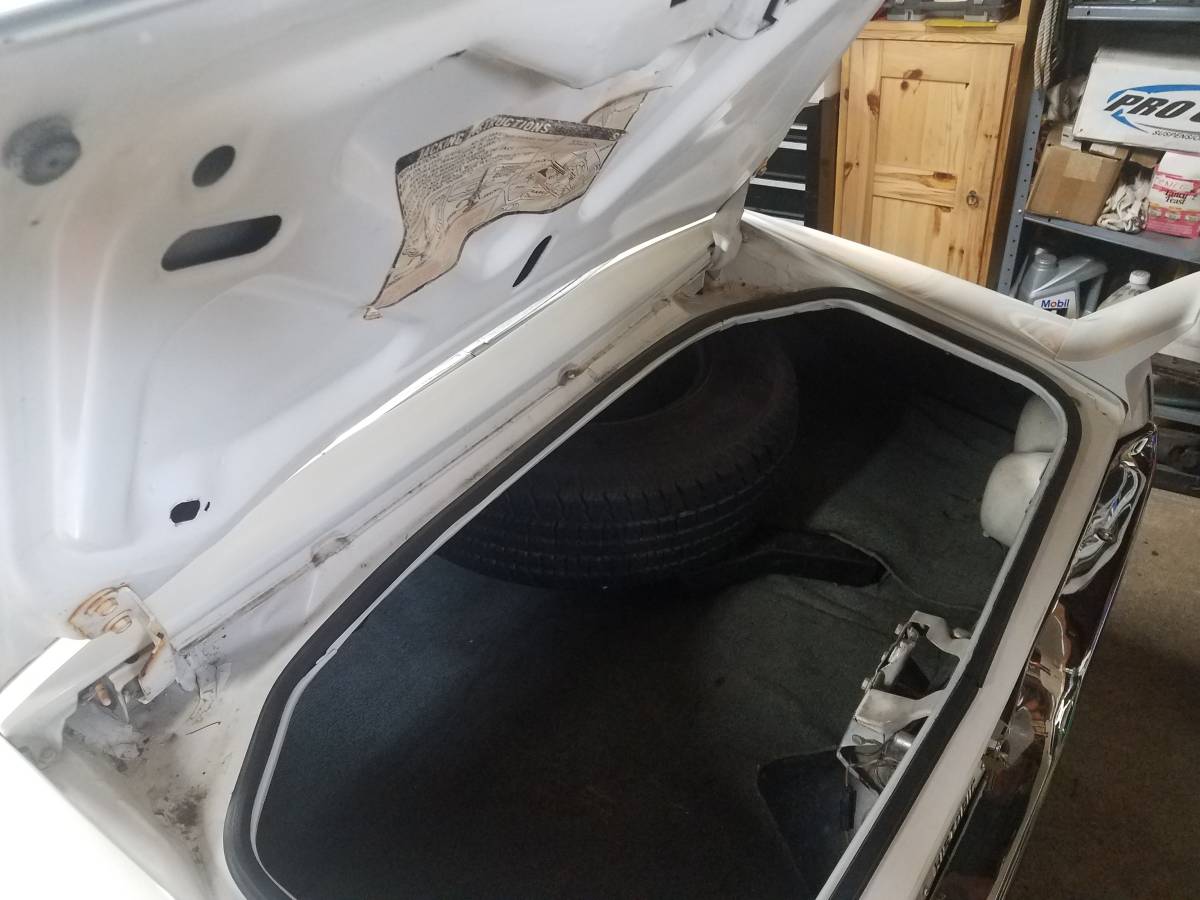 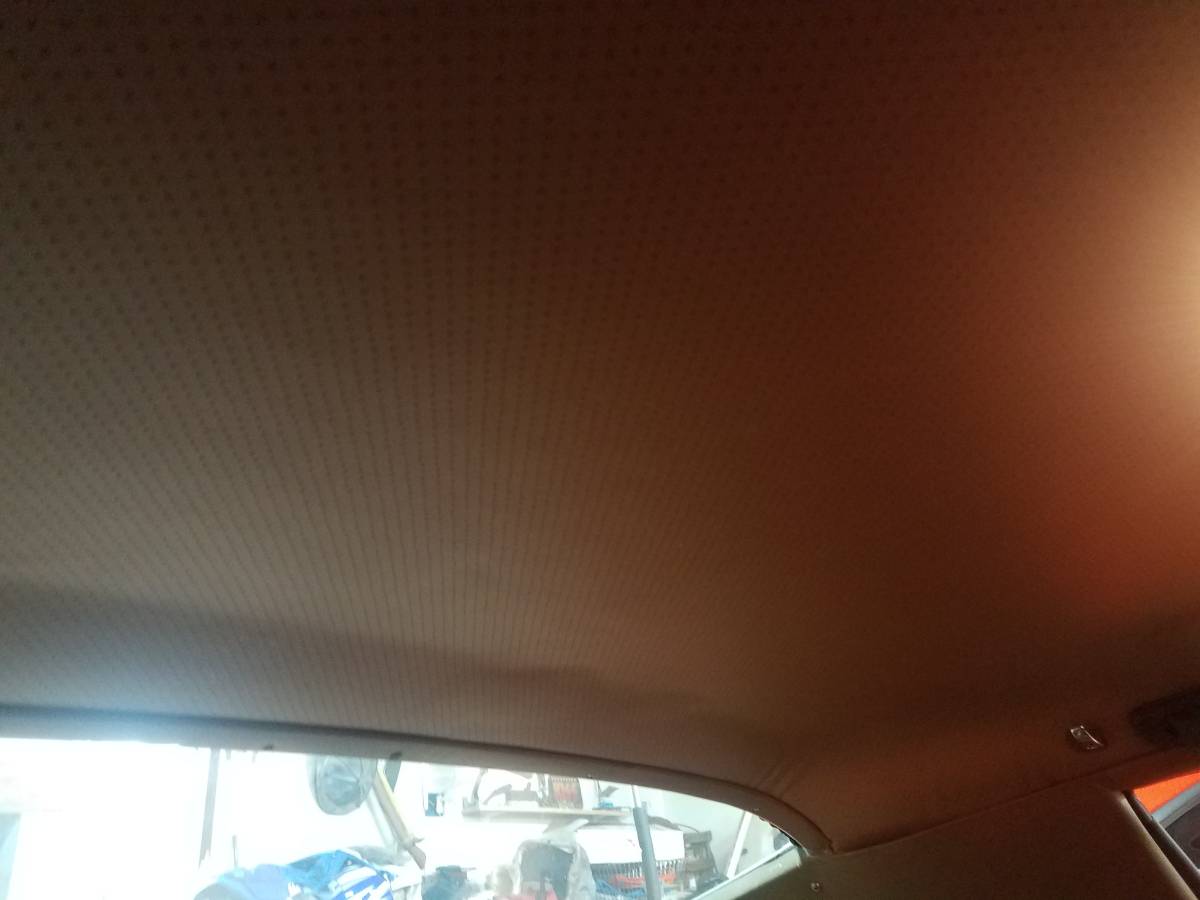 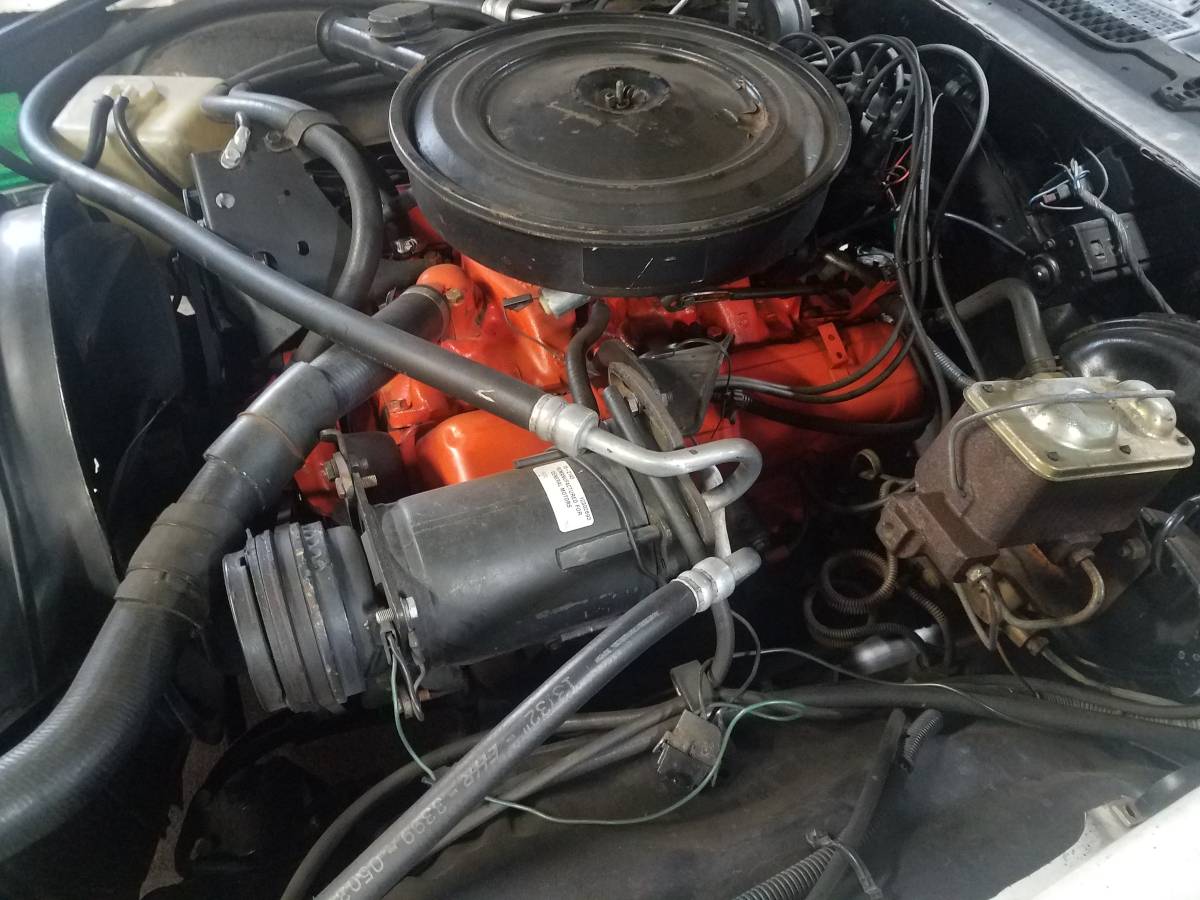 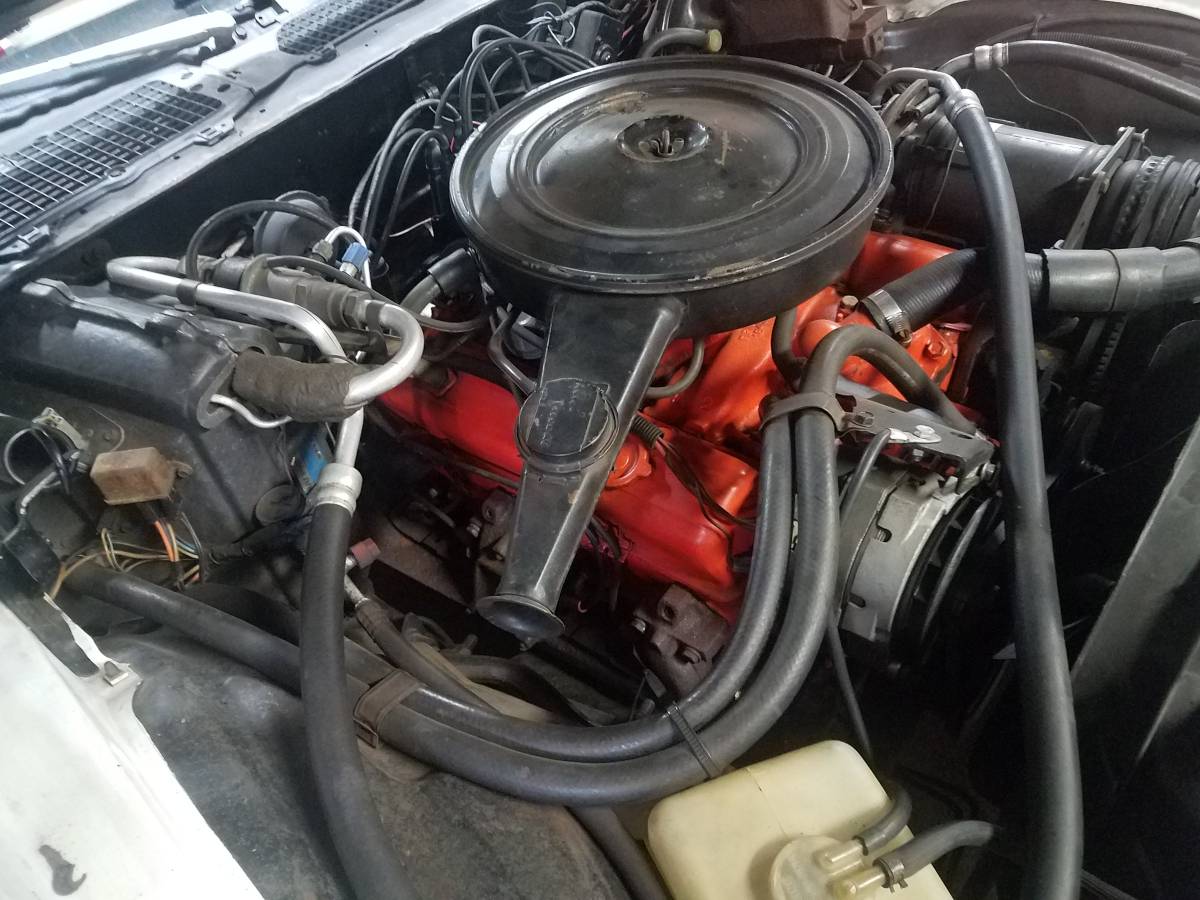 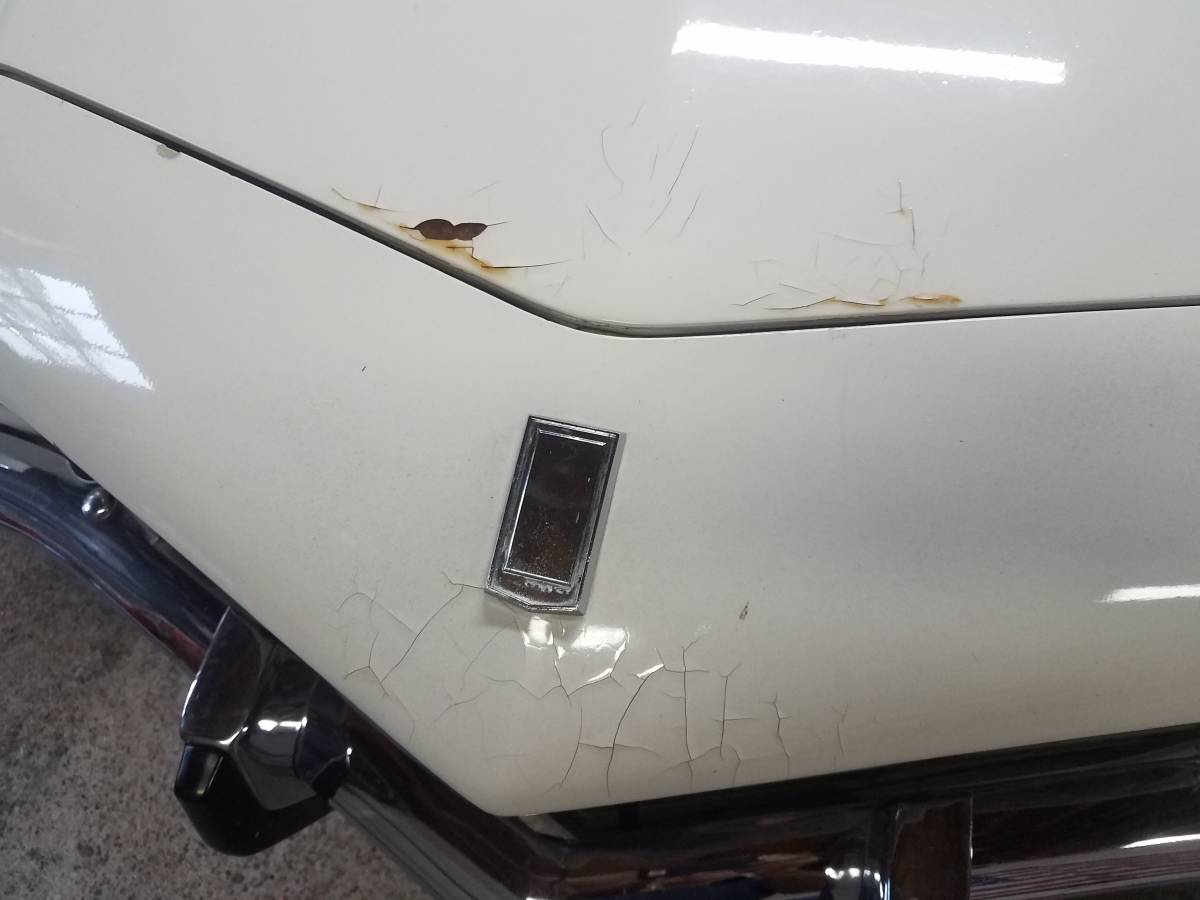 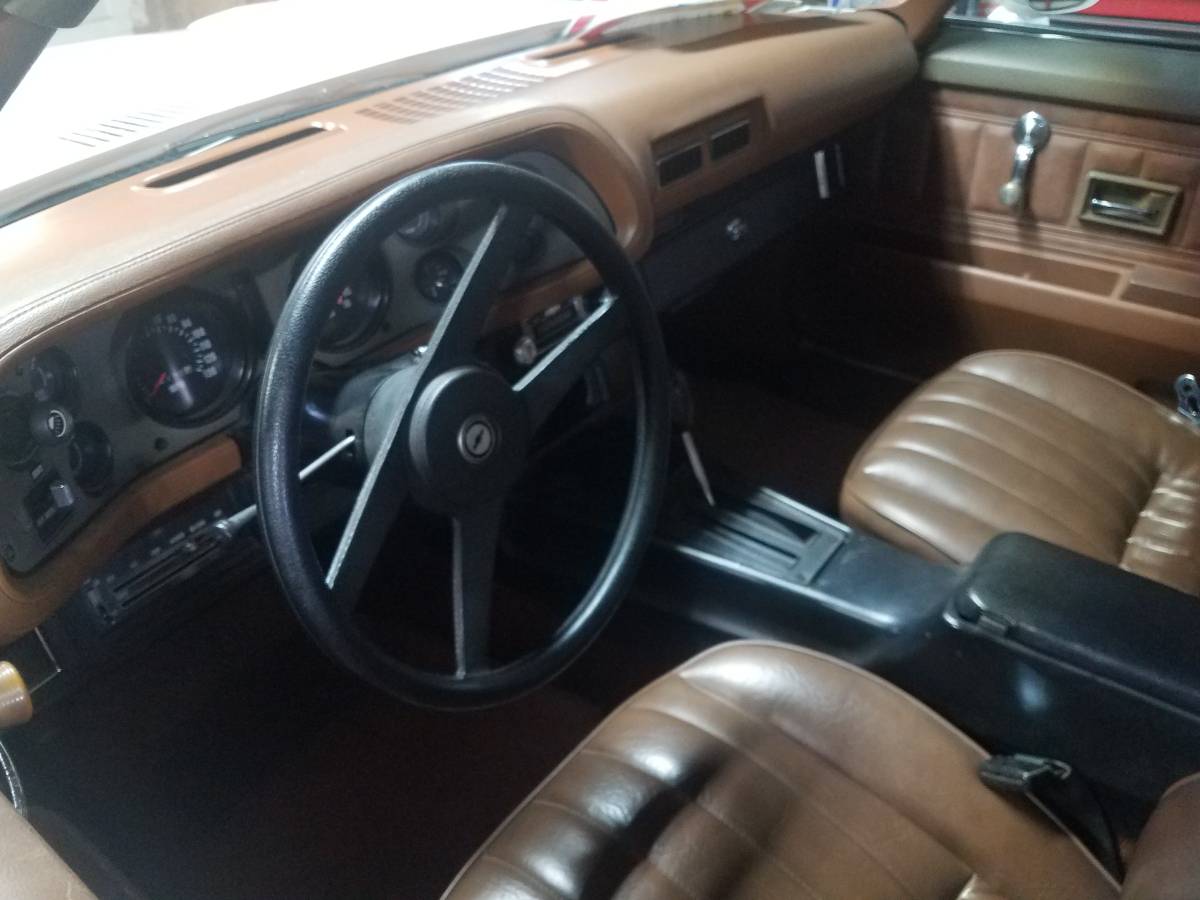 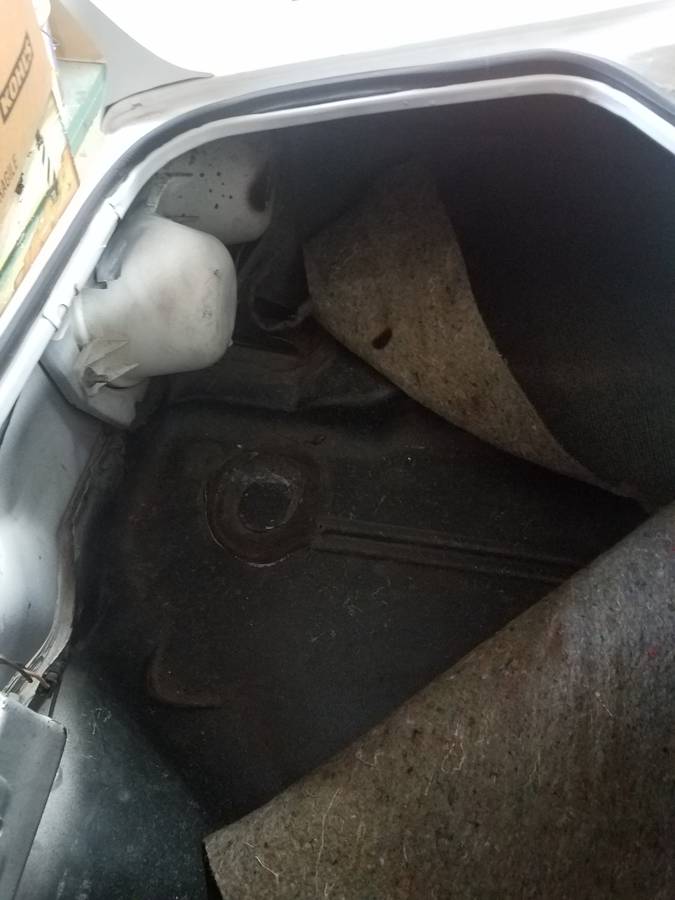 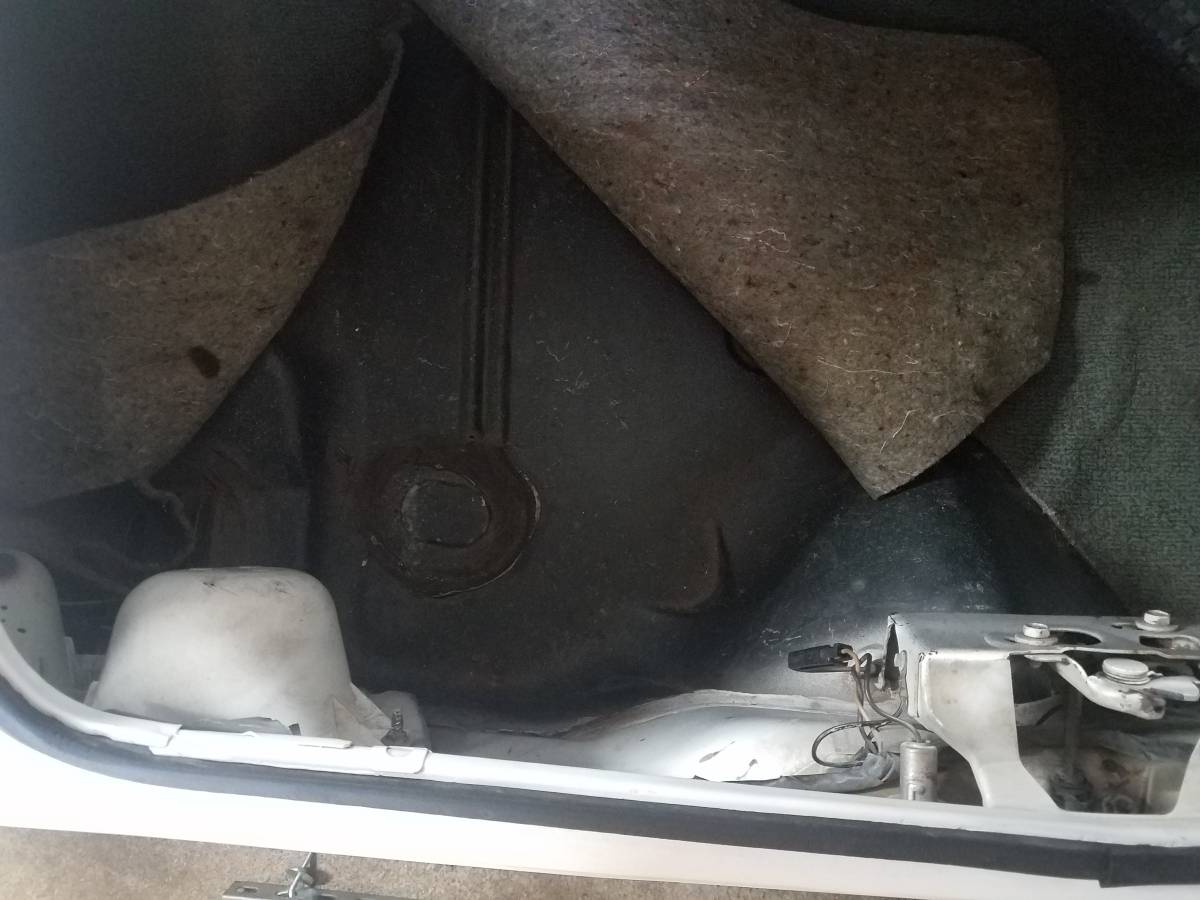 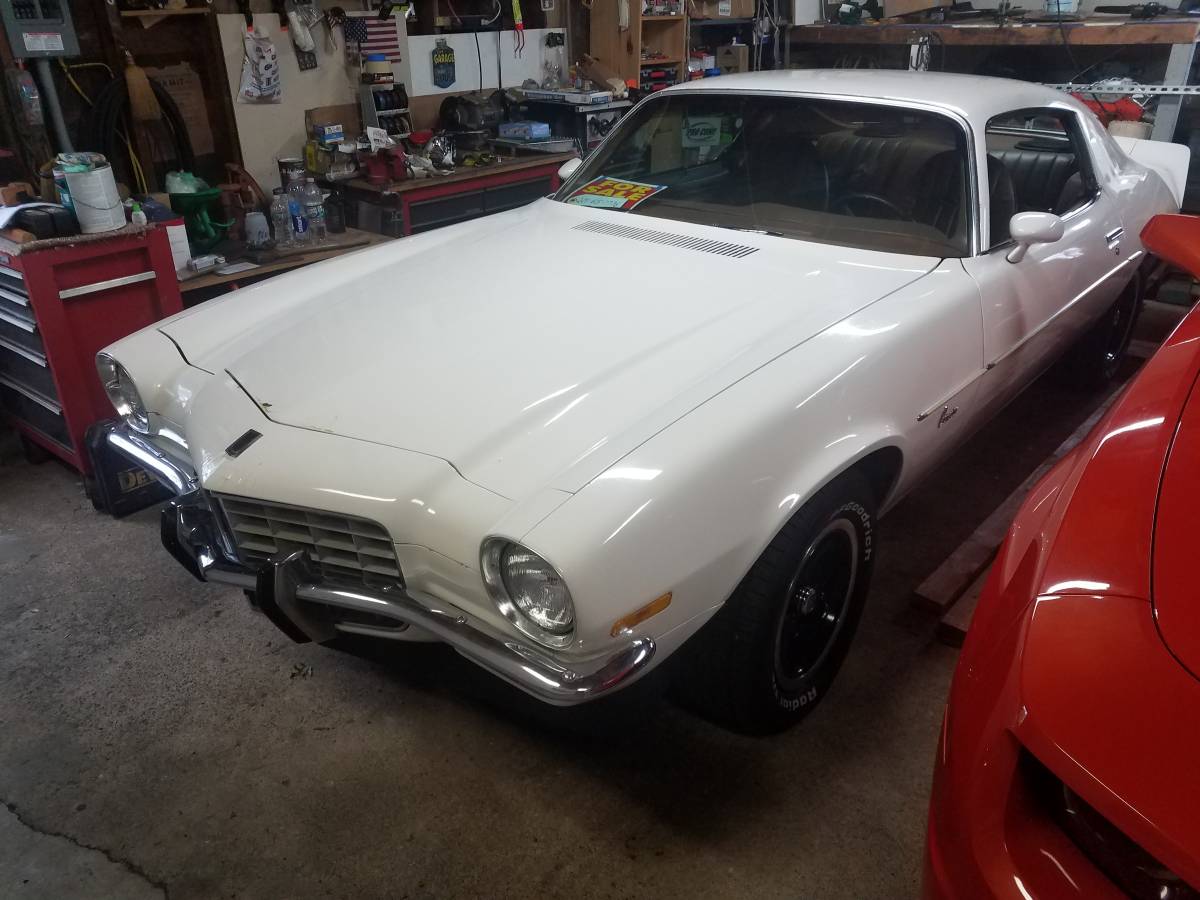 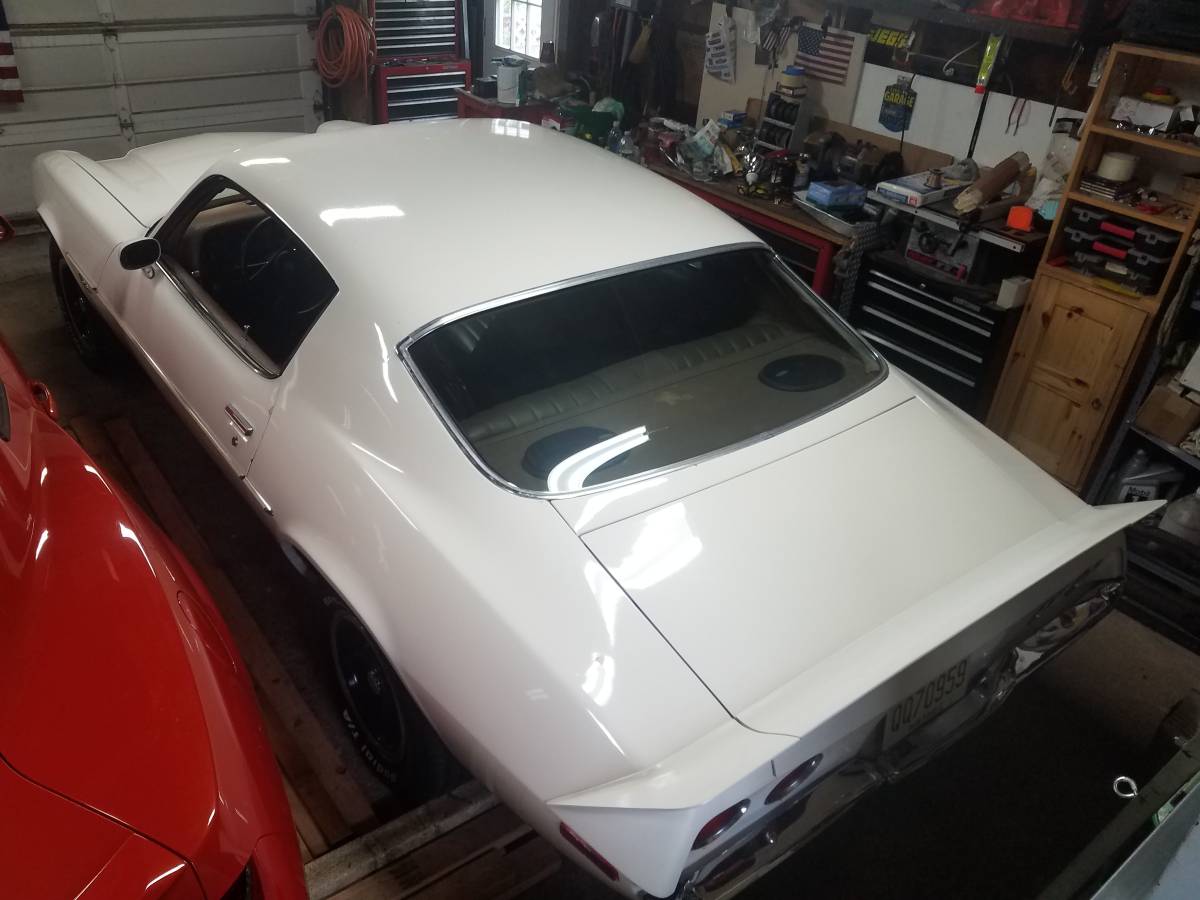 July 26th Update:  Over the weekend, we confirmed the private seller of this relatively unmolested 1973 Camaro LT deleted their Craigslist posting we first featured on July 20th.  So, we’re calling this one, “Sold!” and we hope the new caretaker plans to restore rather than restomod this survivor Camaro.  This was another example of how the right car at a great price will not last long.

Early second generation Camaros that are not either a basket case or highly modified restomod are becoming an increasingly rare find.  Most that pass that first test could qualify for our “NEW!” (short for “No Effin Way!”) Award based on the seller’s optimistic pricing.  A refreshing example bucking that trend is this driver-quality, Antique White over Buckskin vinyl 1973 Camaro LT originally listed in July 2020 on Craigslist in Ramsey, New Jersey with nicely equipped with a 350 cubic inch small block V8 and factory air conditioning with an asking price of $12,500.  Checking the Hagerty Insurance Online Valuation Tool confirms this private seller has their Camaro priced between the current #3 “Good” estimate of $17,000 and the #4 “Fair” (Daily Driver) appraisal of $11,900.

Chevrolet launched the second generation Camaro in February 1970.  While the exterior and interior design was all-new, the second-generation Camaro continued relying on a unibody structure utilizing a front subframe, A-arm and coil spring front suspension, and rear leaf springs.  The new body style featured a fastback roofline and ventless full-door glass with no rear side quarter windows. Doors were wider to permit easier access to the rear seat, and new pull-up handles replaced the old button design. The roof was a new double-shell unit for improved rollover protection and noise reduction. The base model featured a separate bumper/grille design with parking lights under the bumper, while the Rally Sport option included a distinctive grille surrounded by a flexible Endura material along with round parking lights beside the headlights and bumperettes surrounding on both sides of the grille. The rear utilized four round taillights similar to the Corvette.

The chassis and suspension of the second generation were refined in both performance and comfort; base models offered significant advances in sound-proofing, ride isolation, and road-holding. Extensive experience Chevrolet engineers gained racing the first-generation led directly to advances in second-generation Camaro steering, braking, and balance. High-performance configurations were initially available, but the marketplace changed as 1970s progressed with fuel crisis, higher insurance rates, and tightening emissions regulations.

The 1973 model year incorporated standard impact-absorbing front bumper system to meet new no-damage, five mile per hour  front impact legislation. The Rally Sport option, with its chrome bumperettes on either side of an impact absorbing urethane grill surround, continued for one more year due to creative bracing behind the front sheetmetal.

A new Type LT model was offered in 1973, with a quieter and better-appointed interior, full instrumentation, Rally-style wheels, variable-ratio steering, sport mirrors, and hidden windshield wipers, among other upgrades.  When the Z28 and Type LT options were combined, the usual Z28 badges, stripes, and graphics were deleted.

Other changes included a new console-mounted shifter for automatic transmissions similar to the shifter used in Pontiac Firebirds replacing the Buick-like horseshoe shifter of previous Camaros, and the reintroduction of power windows to the option list for the first time since 1969, with the switches mounted in the console. Recovering from the crippling 1972 UAW strike, Camaro sales increased to 96,751 units during a record sales year industry-wide in 1973.

While the seller doesn’t mention it in his post, the sport side view mirrors, hidden windshield wipers, and full instrumentation provide us clues this Camaro is the more desirable Type LT model.  You’ll need to confirm from the VIN and trim tag whether our assumption is correct, here’s a print ad we found to help us identify it as such: 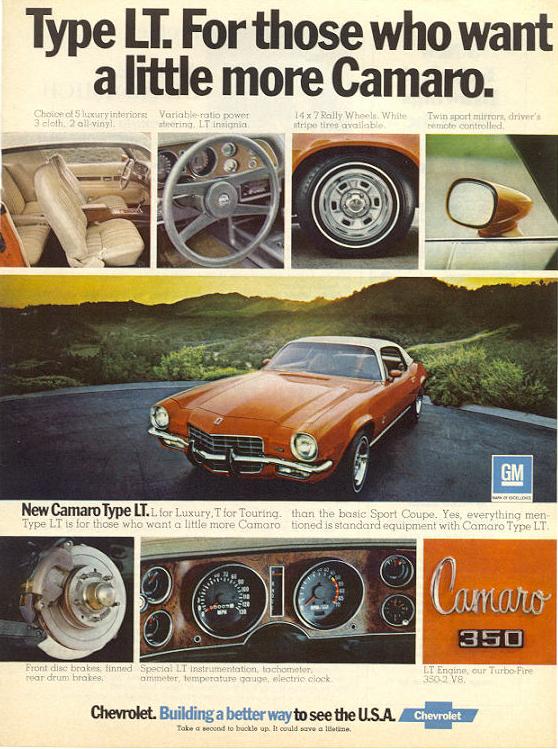 We like the honest, virtually unmolested vibe this car gives off.  Other than the aftermarket rear shelf speakers connected to a non-factory radio (and seriously, what Camaro hasn’t received this modification?) this Camaro appears to be a nice driver quality car you can enjoy now while you plan to have it repainted over the winter.  The only question now is whether you keep it in this virtually stock condition or do you start modifying it.  We hope the next caretaker chooses the former.  Either way, good luck with the purchase!

“1973 chevy camaro for sale. 350, auto trans, a/c, good clean interior no rips or cracks new seat foam and oem upholstery, original door panels, dash, carpet etc. mostly original. number matching car. Everything works. Car does not pull, nice smooth ride. paint has some cracking on left fender and hood. Approximately 114000 miles runs great no issues.good metal solid not loaded with filler.Its a turn key car.asking $12,500.00 this car is in great shape just needs paint to be show winner
I am not interested in trading. The car is for sale.“