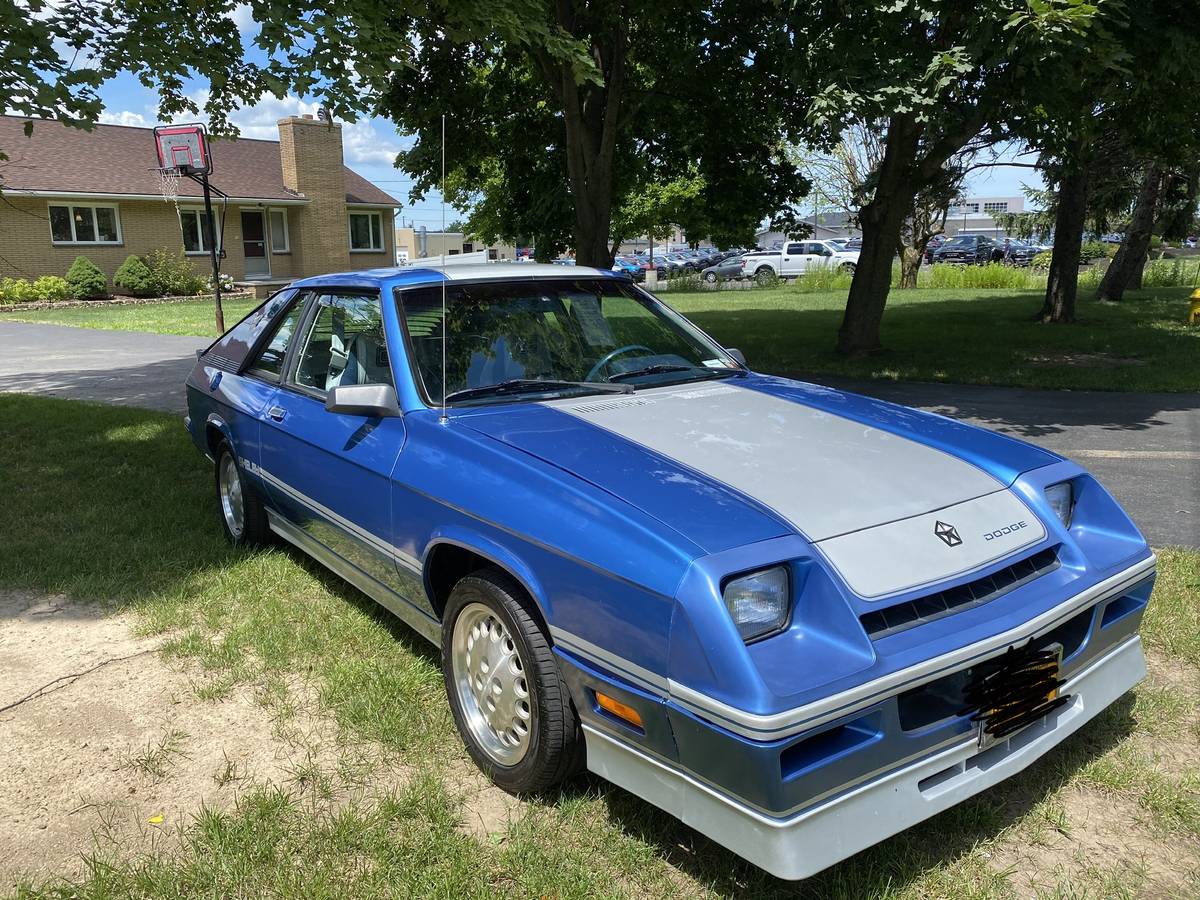 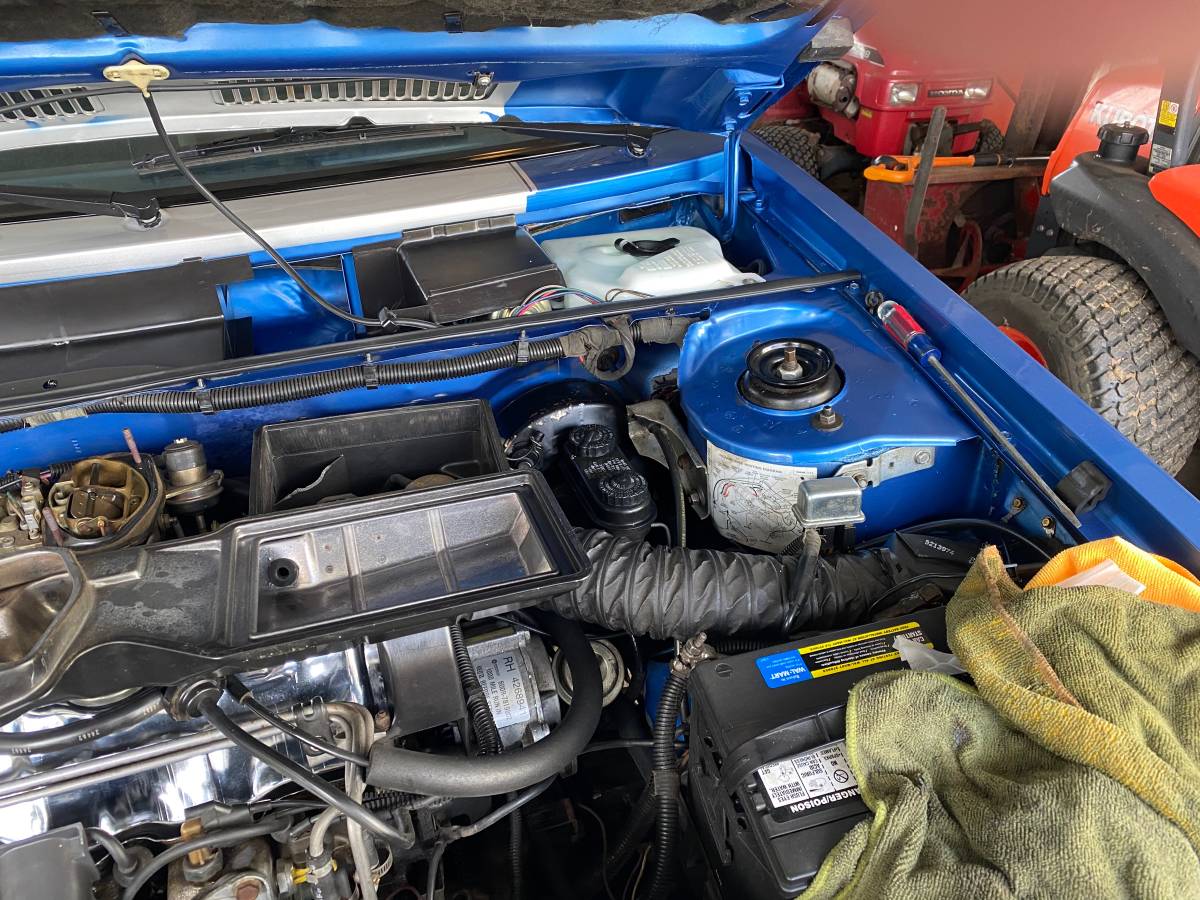 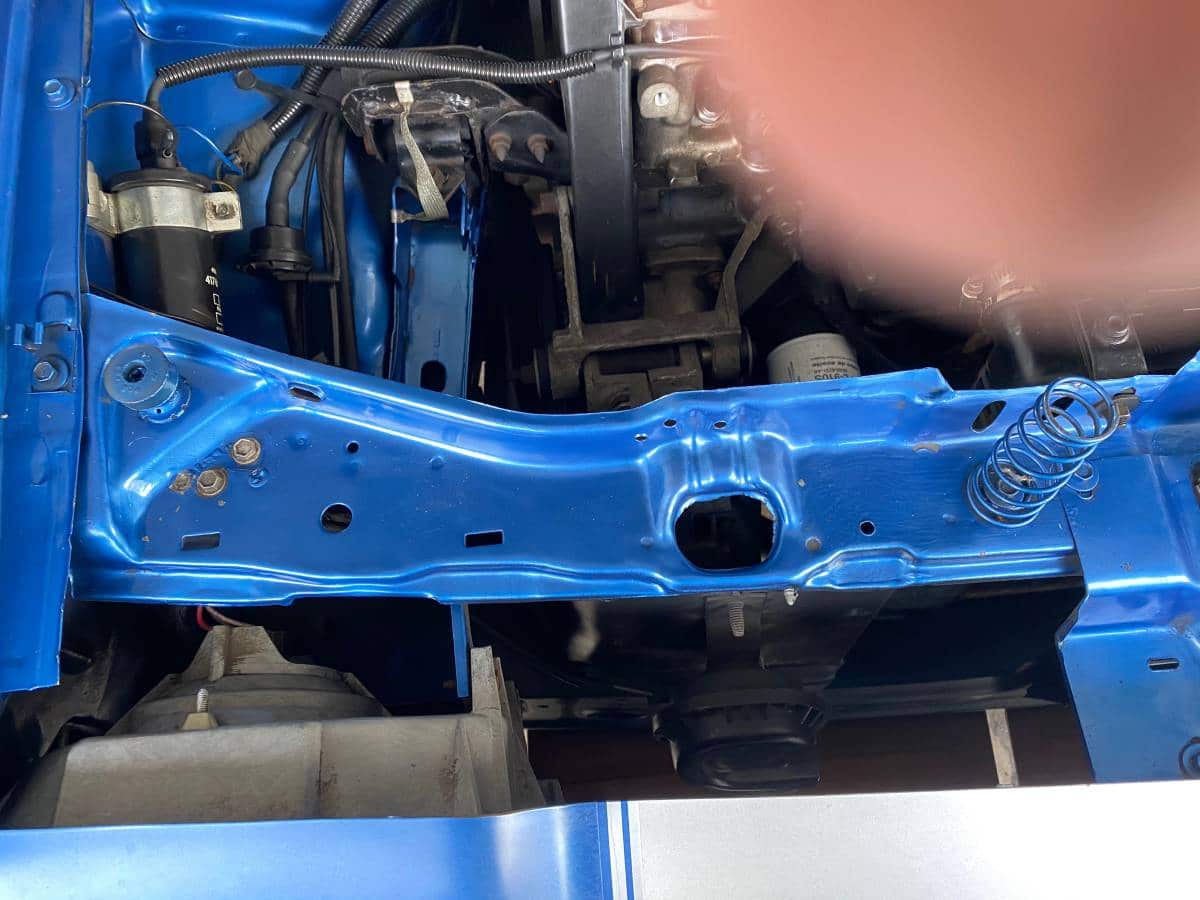 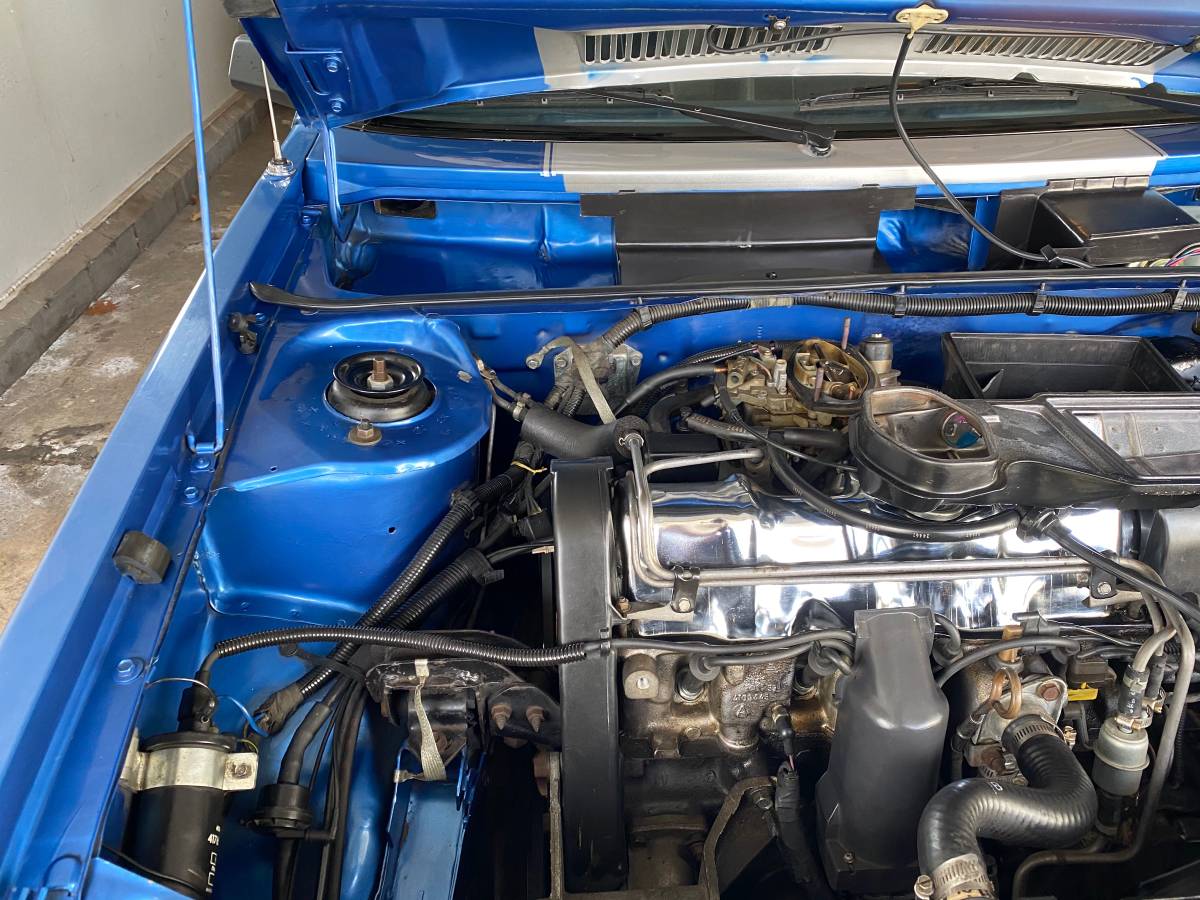 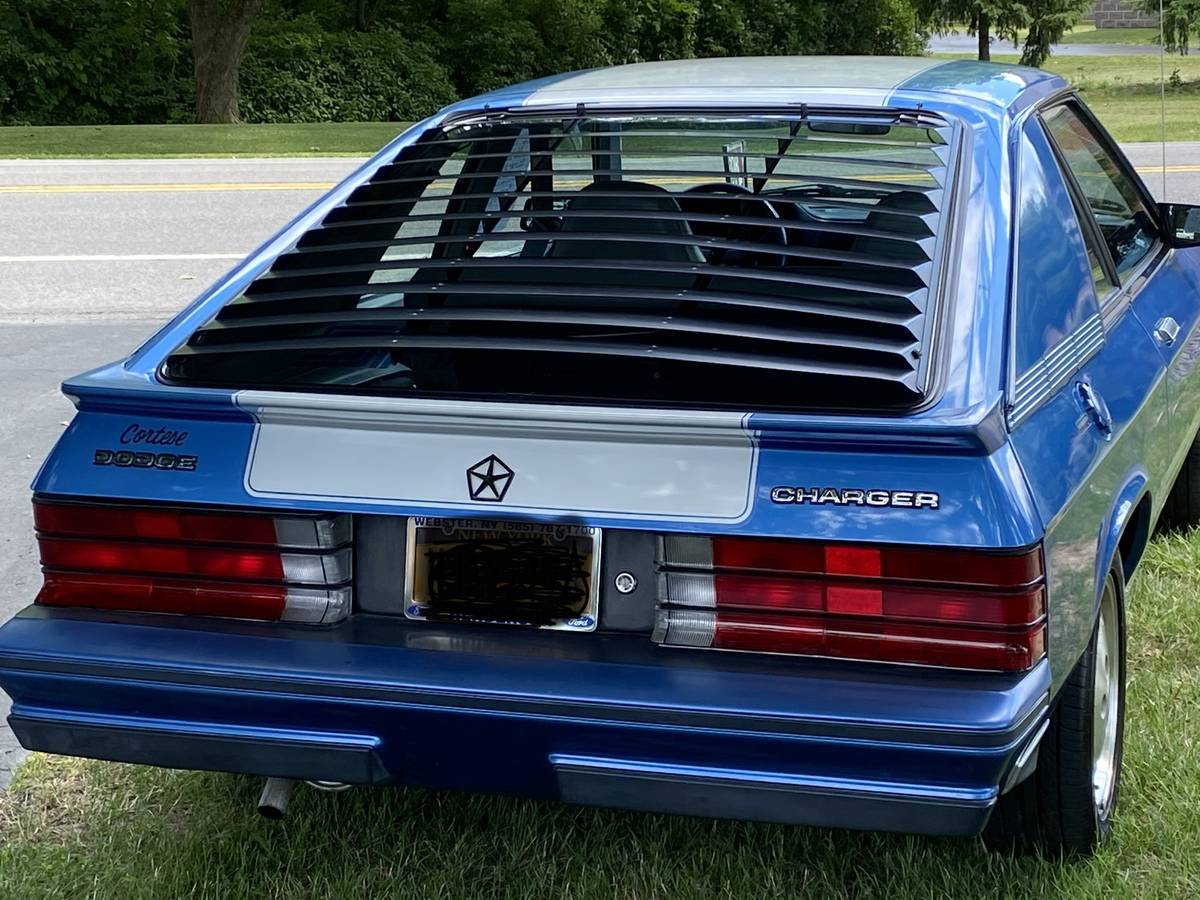 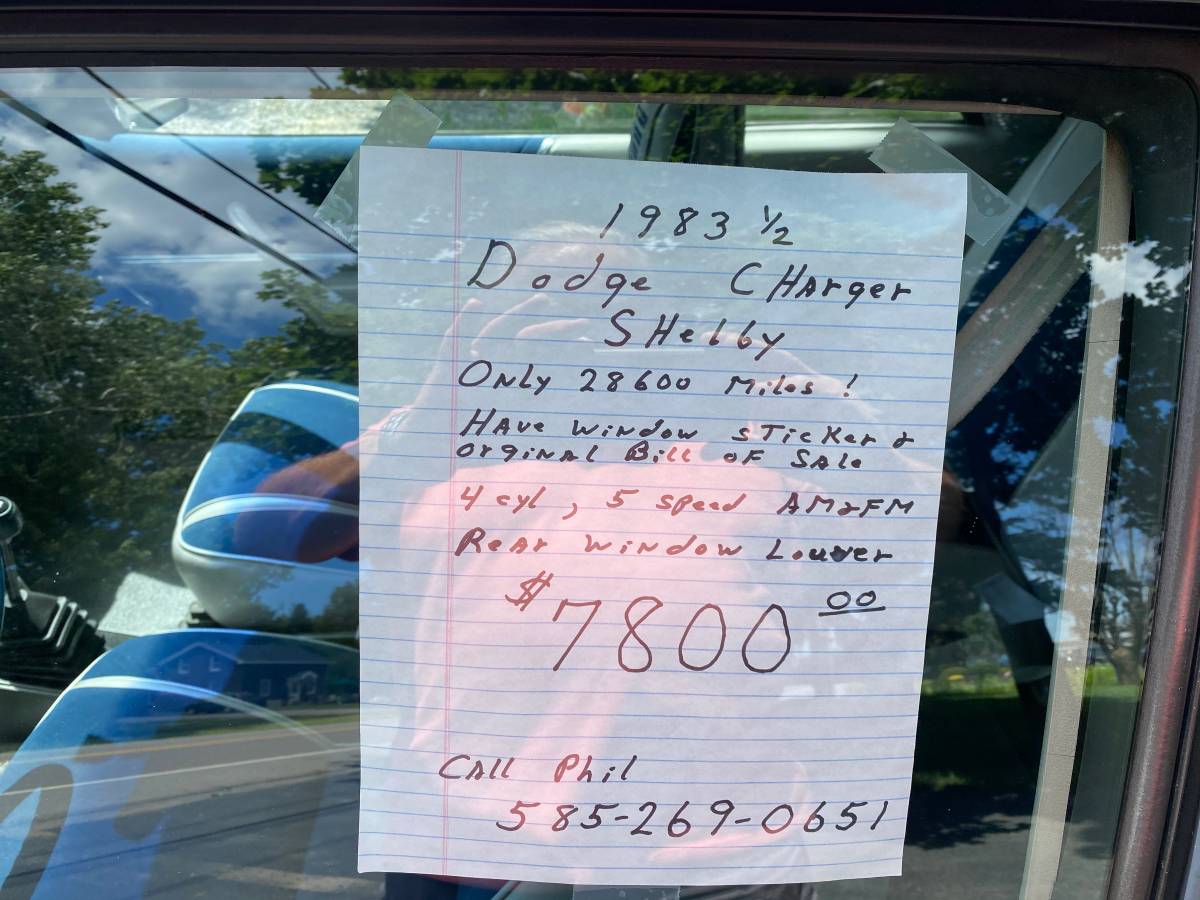 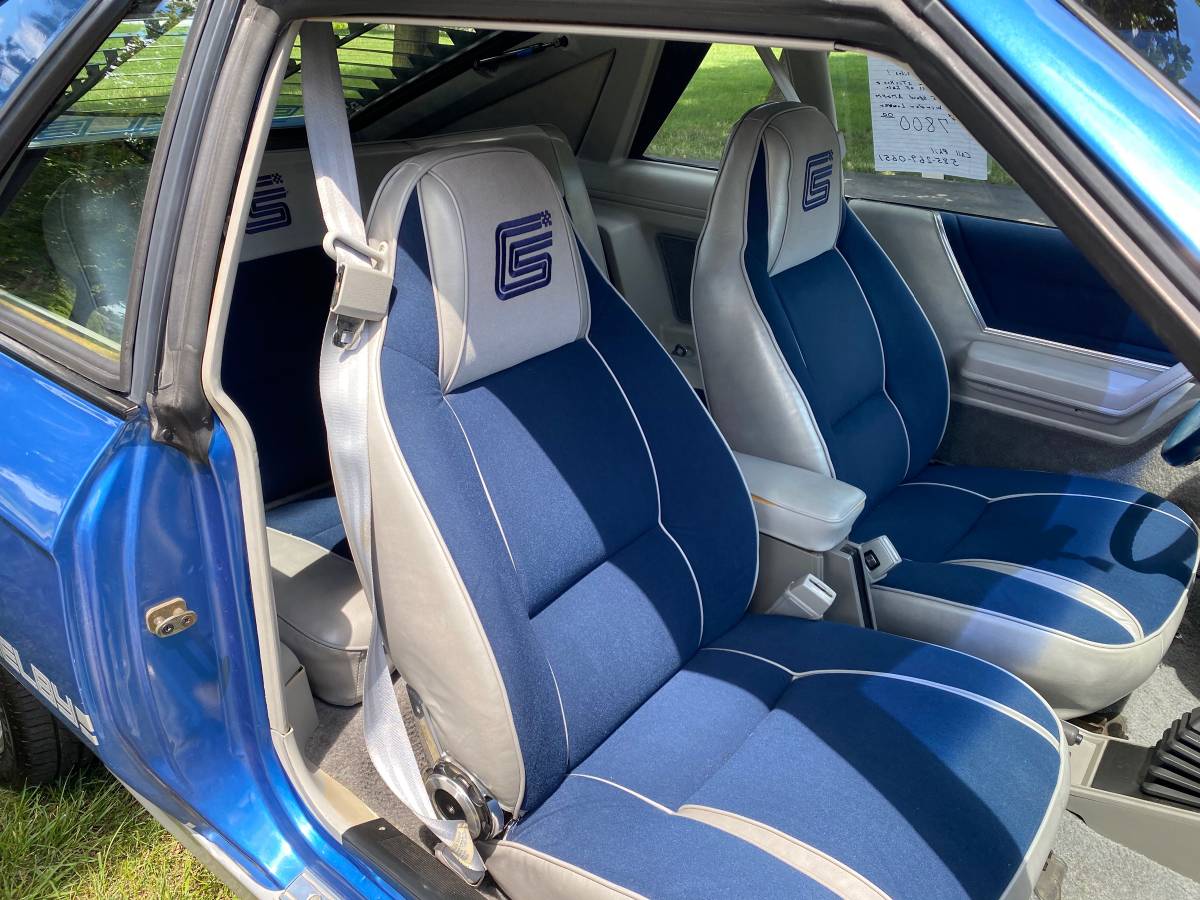 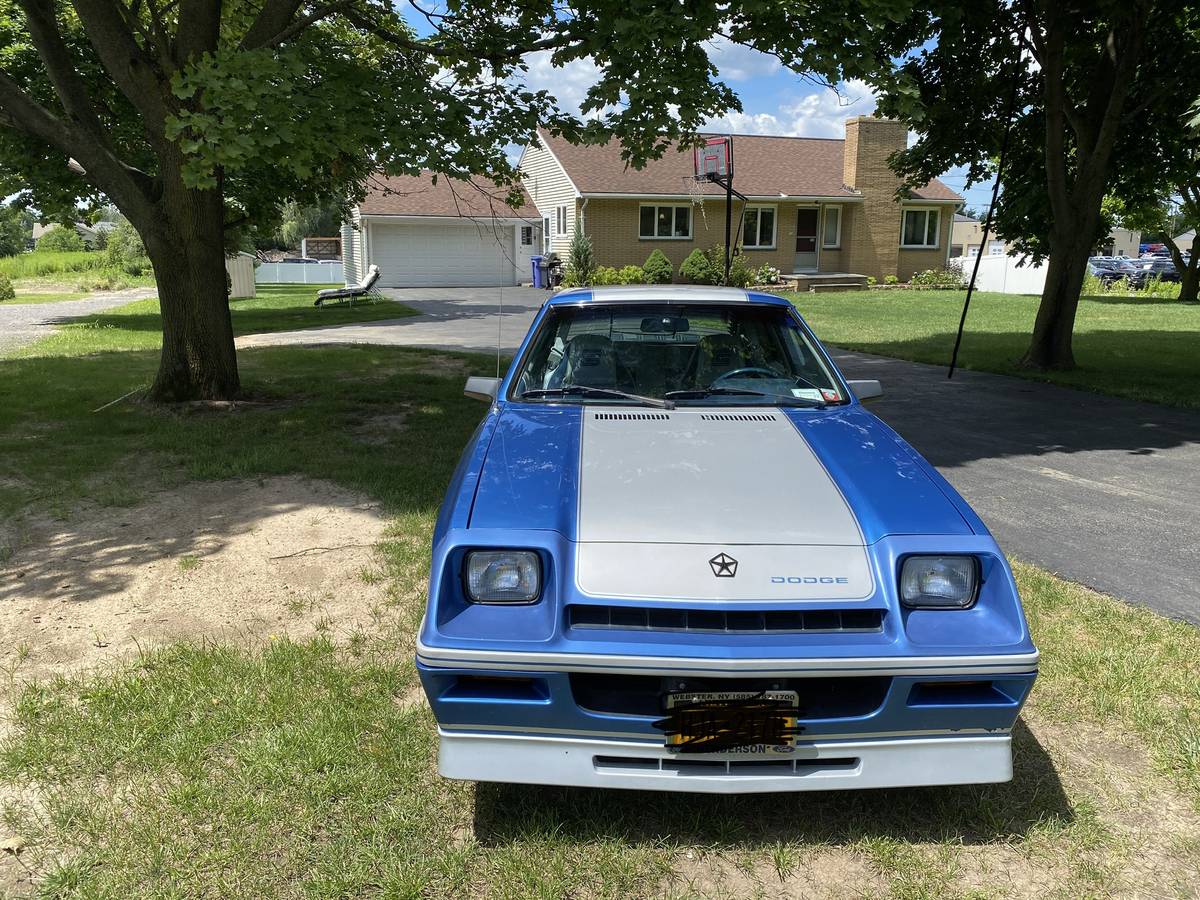 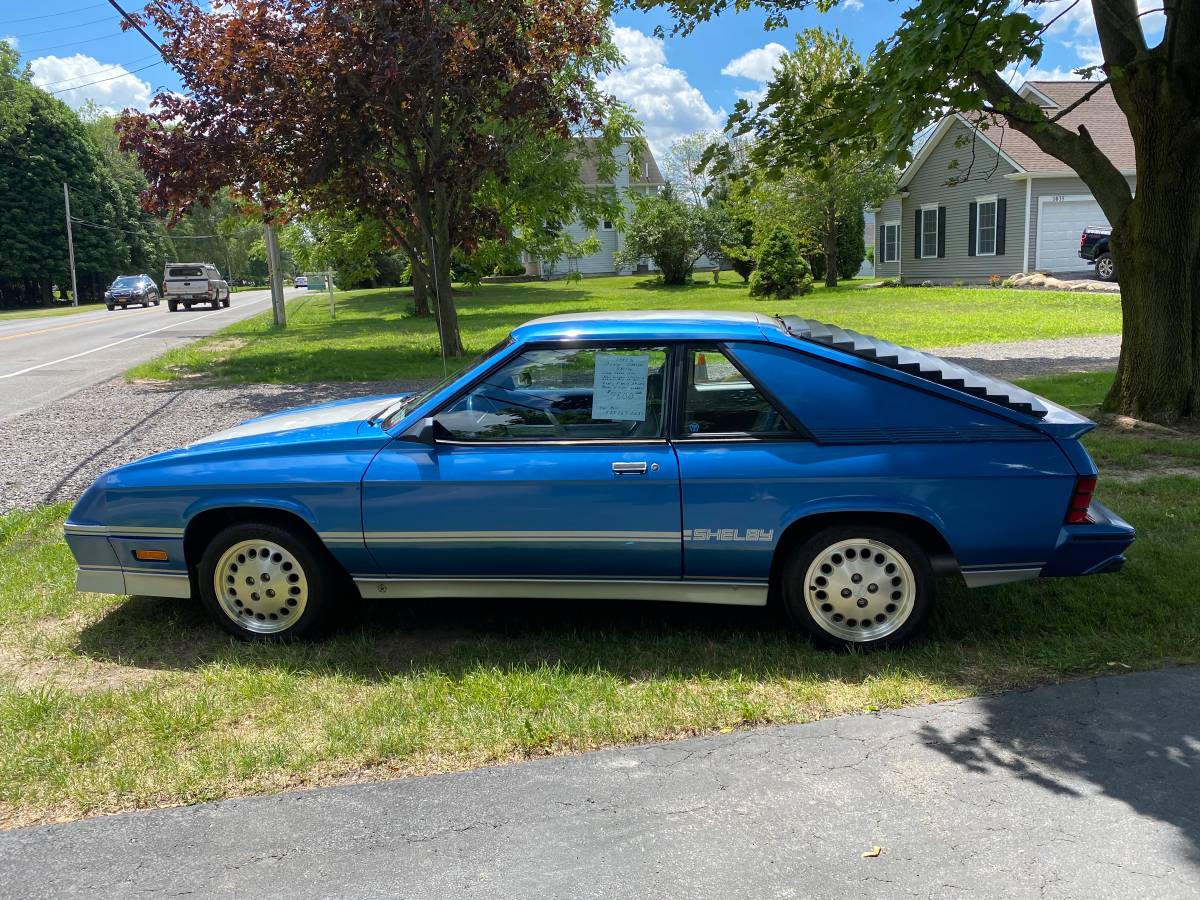 September 12th Update – We confirmed the original listing for this Dodge Shelby was left to expire, so with no new Craiglist ad found we’re assuming this hatchback sold.

Carroll Shelby made a name for himself making production cars go faster and handle better.  This Santa Fe Blue with silver skunk strip 1983 1/2 Dodge Shelby Charger listed recently on Craigslist in Webster, New York (Rochester) offers the improved handling if not the V8 performance of either his earlier or more modern offerings.   Currently offered at $7,800, a review of the NADA Guides Classic Car Valuation Tool confirms this private seller has his special Charger priced over the high point of the “Low”, “Average”, and “High” retail value range of $2,500, $5,650, and $6,625, respectively.

As part of Lee Iacocca’s continued turn-around of Chrysler Corporation, he turned to his old buddy Carrol Shelby for help. Starting in late 1983, Carroll and his team started converting Omni hatchbacks into the Dodge Shelby Charger. Rather than focusing on speed, Shelby modified the suspension and styling. Shelby’s team raised the engine compression slightly for 107 horsepower, while adding modified gear ratios in the manual transmission. Shorter springs, special wheels, and tires complemented stronger brakes and a quicker, 14:1, power steering rack. Outside, a new nose and racing stripes accented the performance image.  Shelby Chargers also received a free-flowing exhaust system, making for a more aggressive sound. The body kits, among other parts, were often shipped to dealerships along with the car to be put on after delivery. The reasoning behind this varied, but was said to speed delivery and compensate for ground clearance issues that the cars faced on many car carriers. Production was 8,251 for that first year.

Here’s a Dodge commercial from 1984 featuring none other than Carroll Shelby himself showing the Dodge Shelby performance line-up for that model year:

If you want both a RADwood and AACA Preservation class eligible car that will also gains you admission to the Shelby registry, this appears to be a very clean low mileage original that will be perfect to cover all three.  The added bonus is the seller also has the original window sticker and bill of sale from Cortese Dodge based in Rochester.  This could be a fun entry-level collector car that returns great gas mileage while providing the practicality of a hatchback.  Good luck with the purchase!