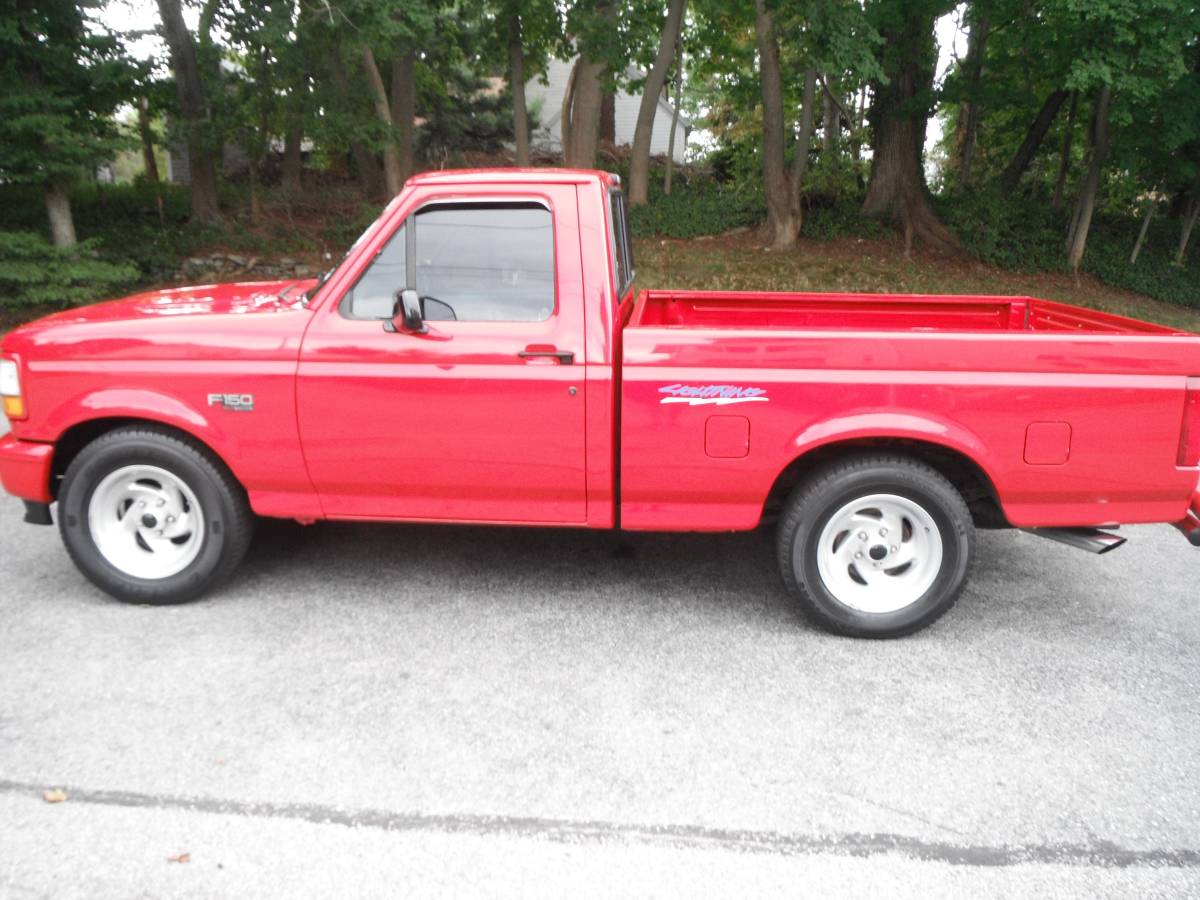 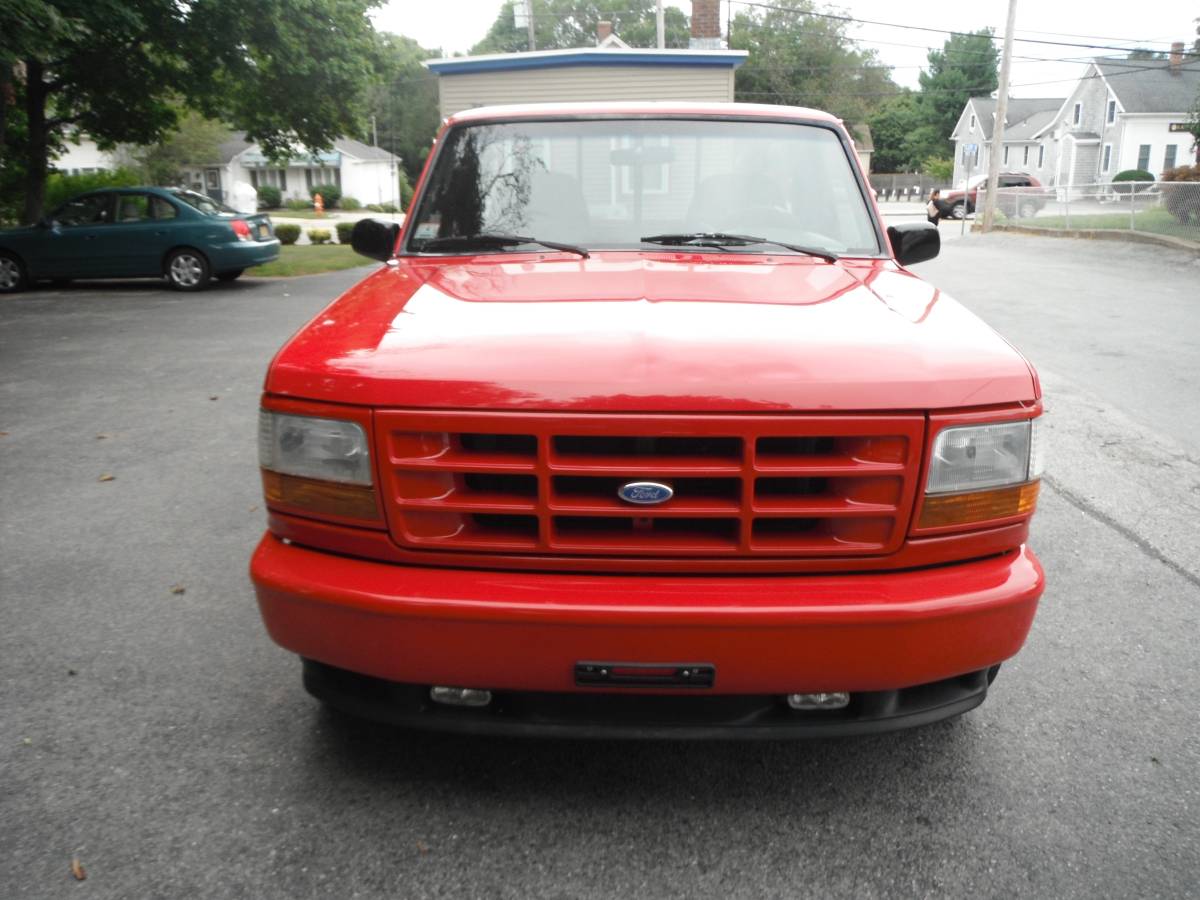 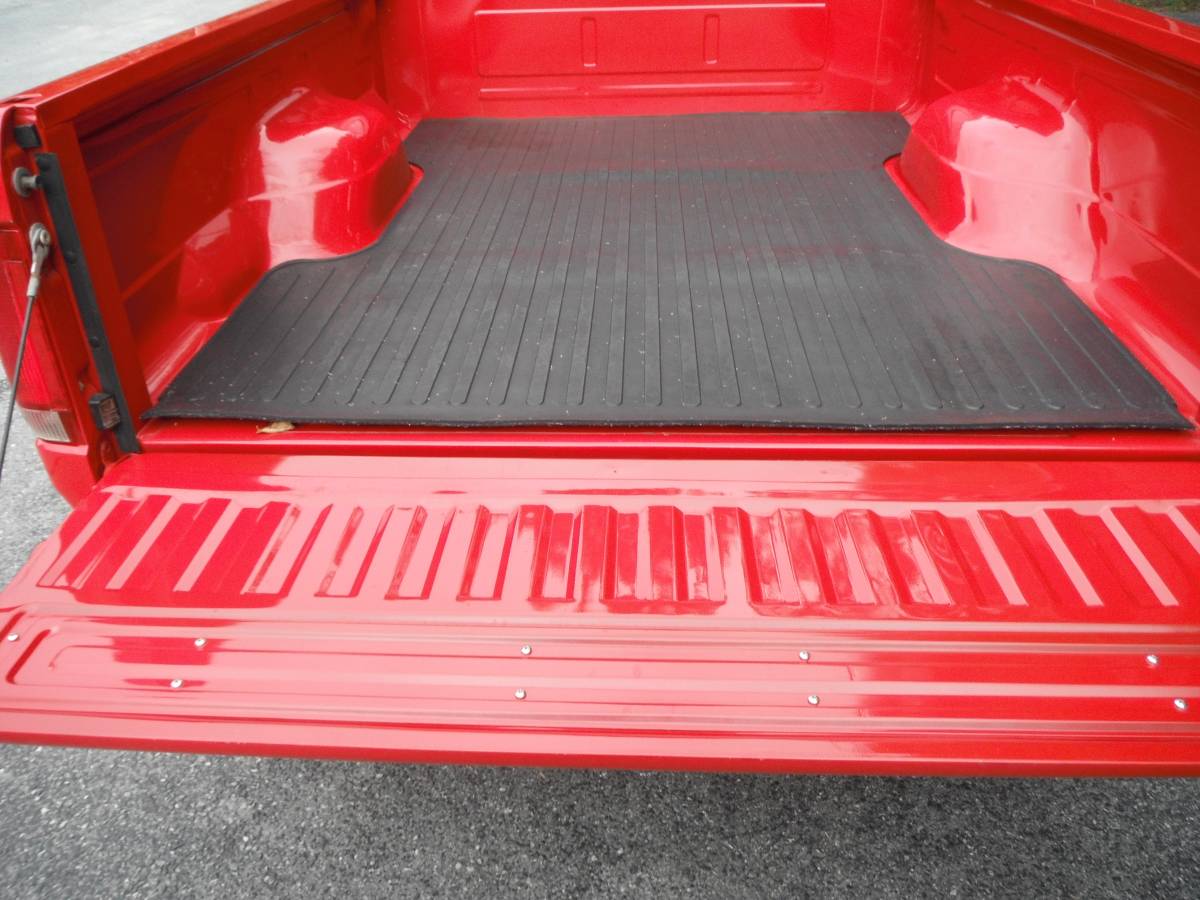 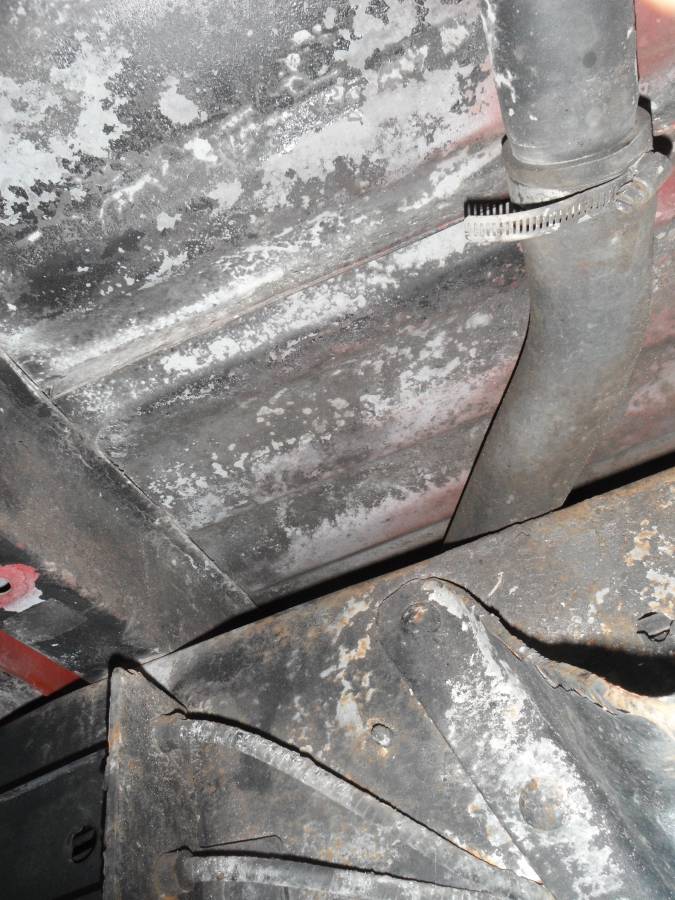 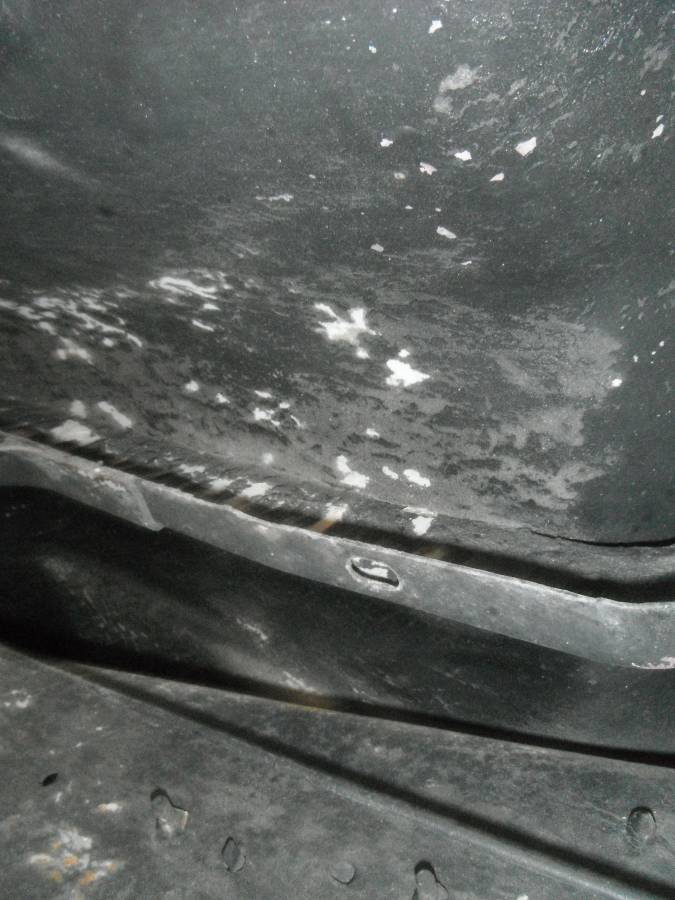 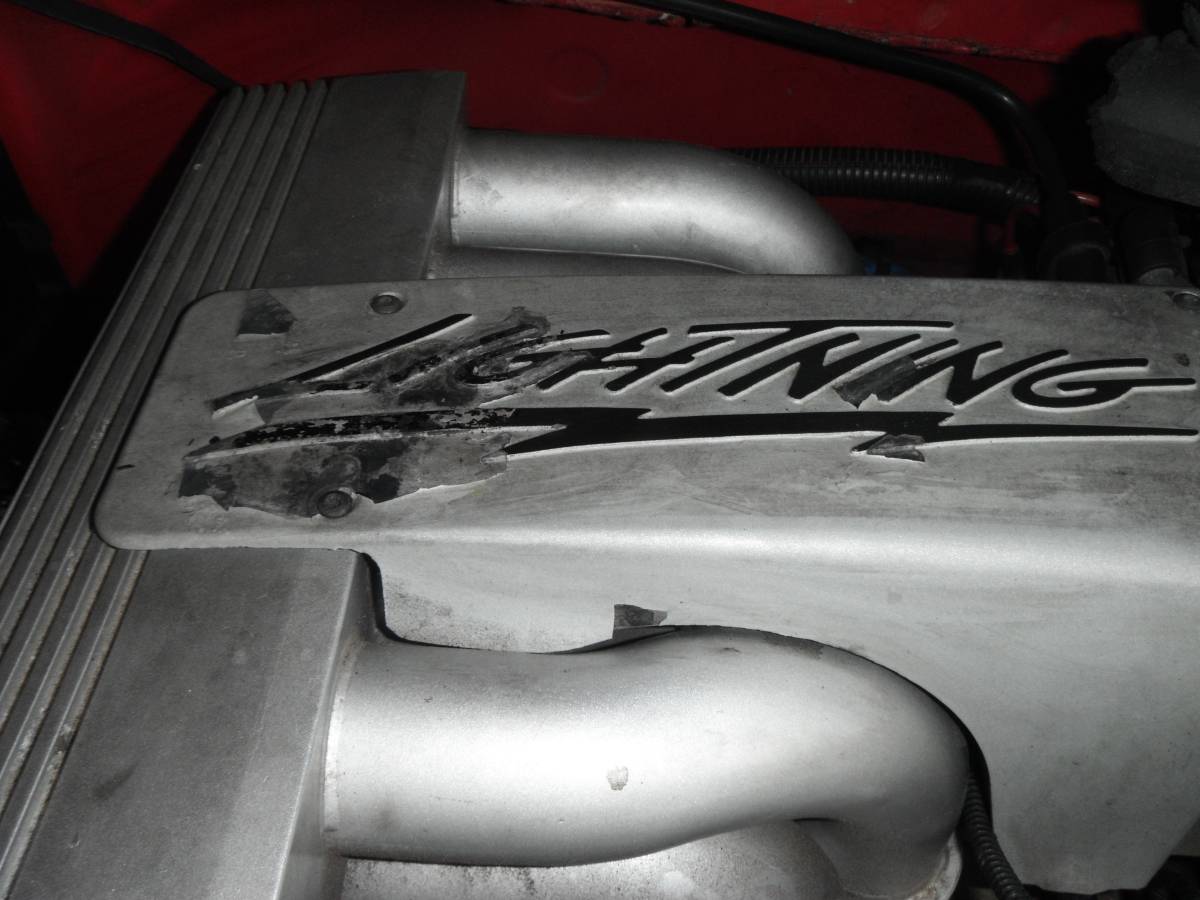 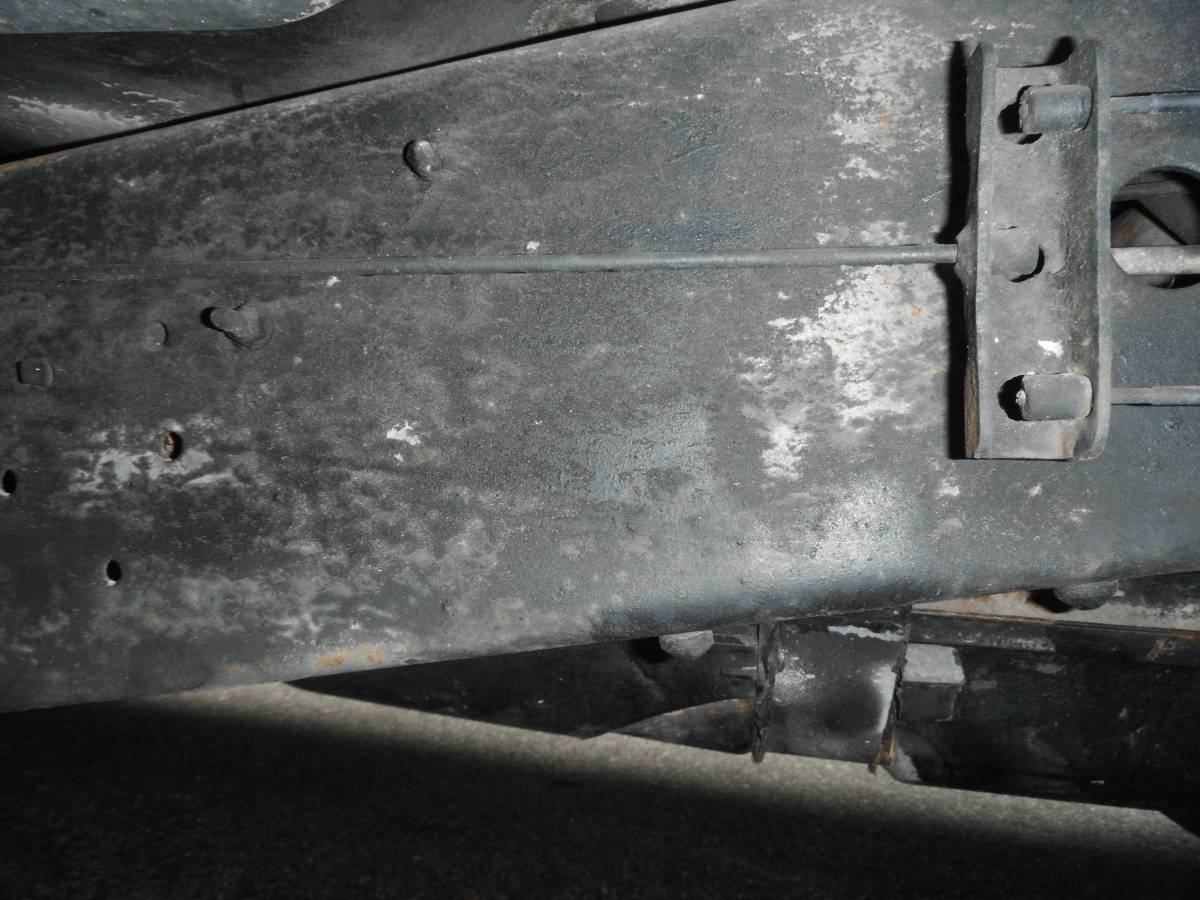 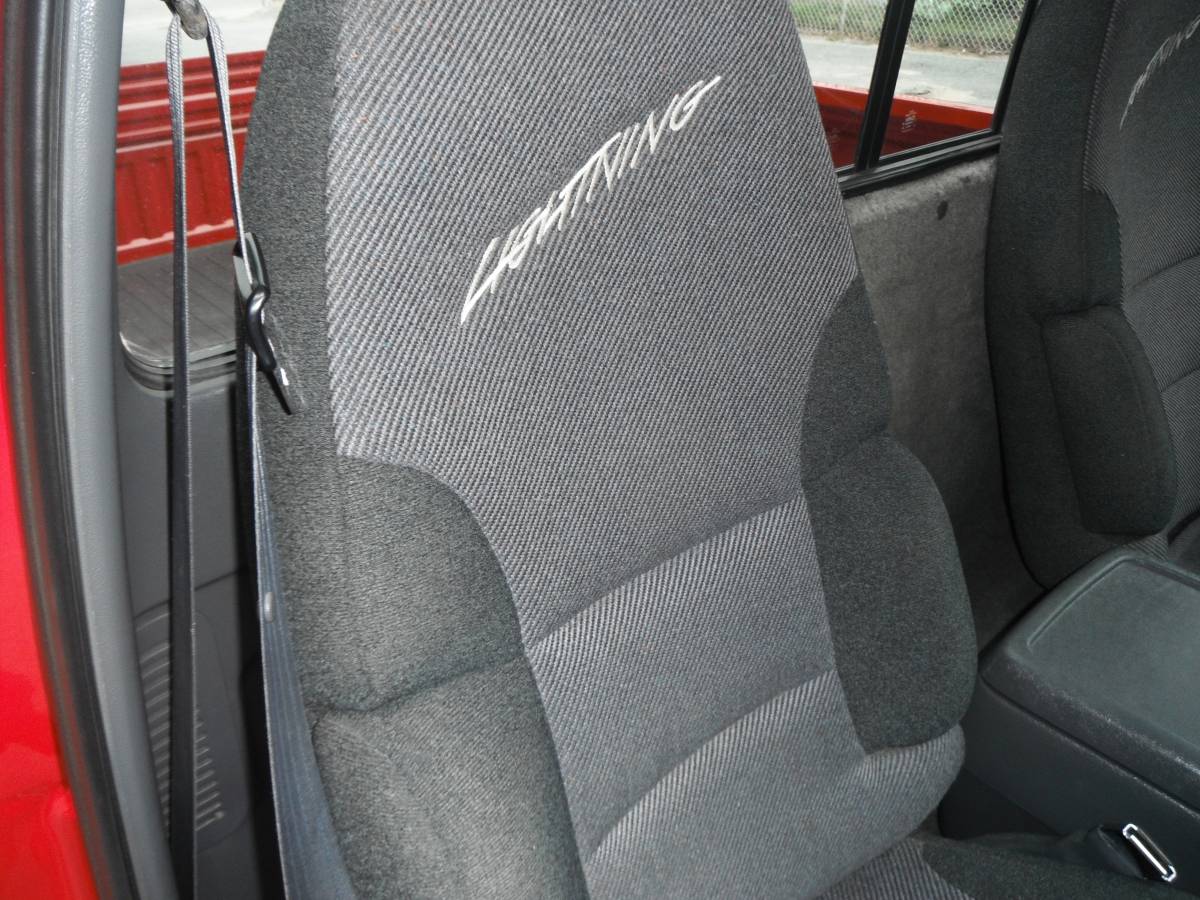 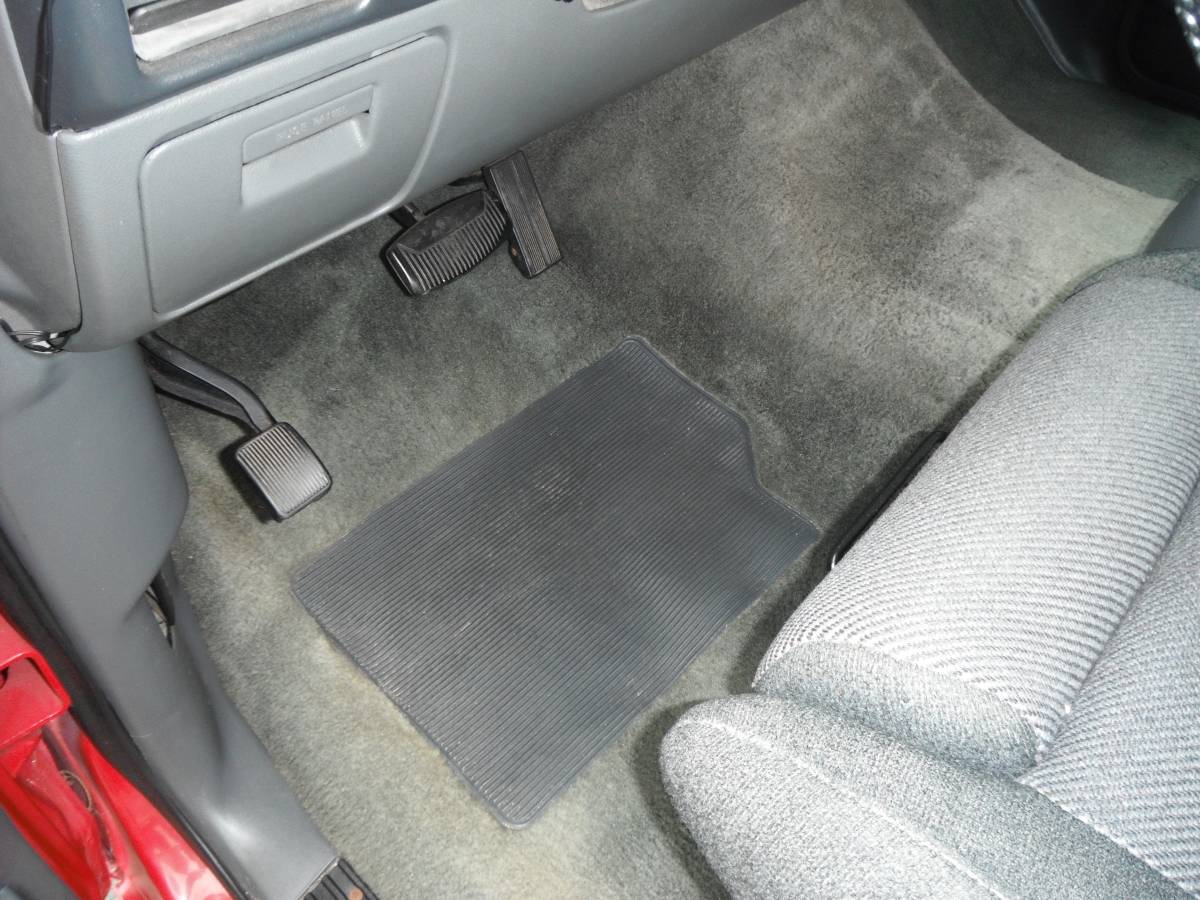 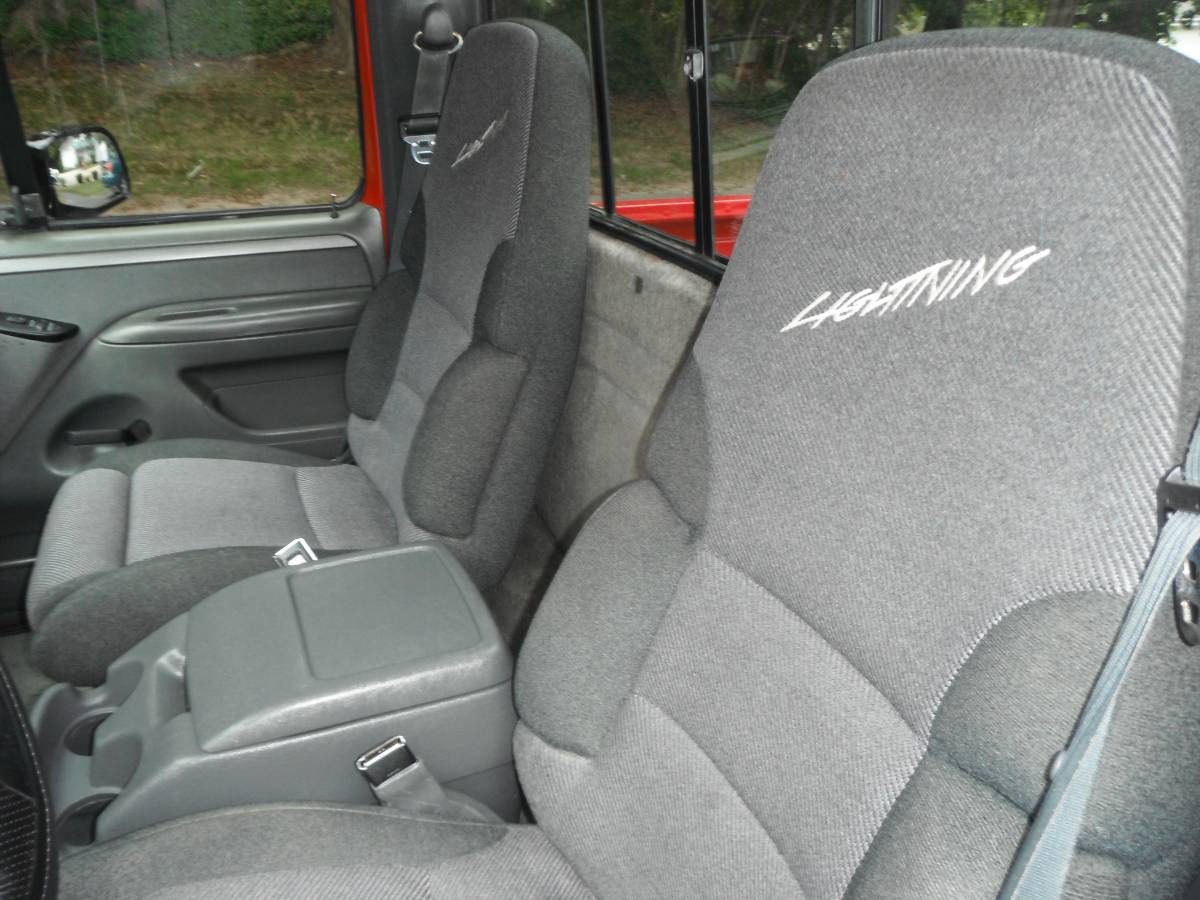 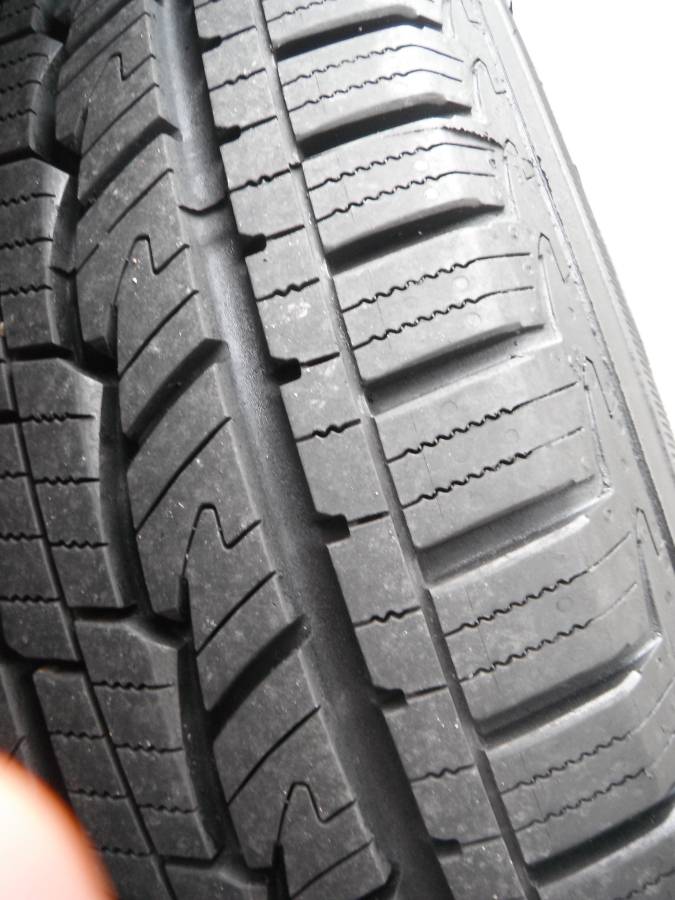 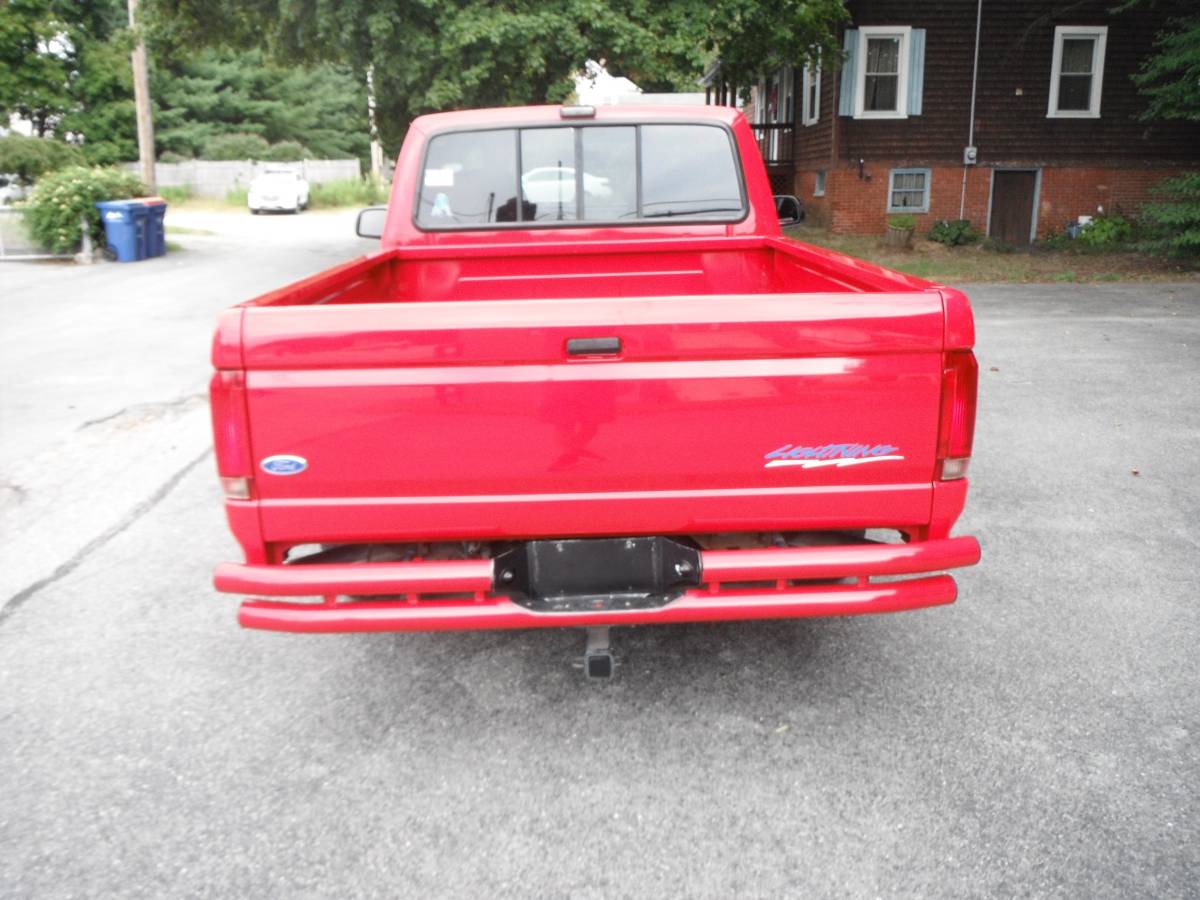 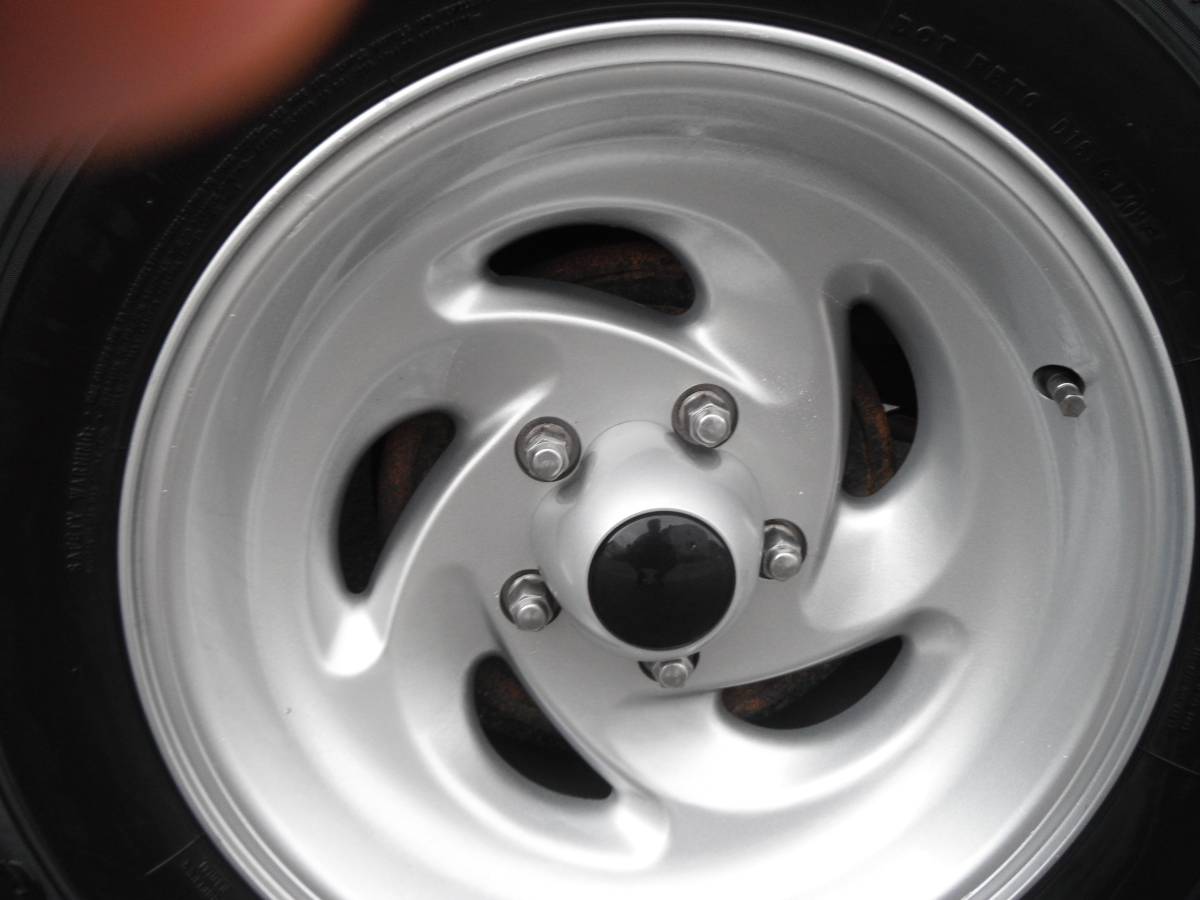 July 27th Update – We confirmed the listing for this classic 1993 Ford F-150 we featured at the end of June expired, so with no other similar fresh posting, we calling this red Lightning, “Sold!”

The era of muscle trucks has gone through fits and starts, with some years featuring absolutely bonkers engines stuffed into what would otherwise be parked at Home Depot on Saturday morning. While everyone craves horsepower, some of most memorable trucks were born out of the early 90s, when numerous limited-production performance vehicles were coming up for grabs. The Ford F-150 Lightning is one such vehicle, and this 1993 example originally listed in June 2020 on Craigslist in Seekonk, Massachusetts may not be the most powerful Ford pickup you can buy, but it is, perhaps, the most iconic. The seller is asking $9,800 for this example which does have high miles but is a South Carolina truck that appears to be spotless underneath and benefits from an engine rebuild and respray over the last few years. According to Hagerty’s Online Evaluation Tool, a “Good” condition model is valued at $10,300, which puts the seller’s ask in a good spot considering the mileage.

The 1990s were not only wonderful for ushering in the era of automobiles now associated with the Radwood movement, but it also seemed to strike a balance between horsepower and handling. While the performance you can get out of a new F150 with an Ecoboost mill under the hood is nothing short of astonishing, the original F150 Lightning placed as much emphasis on handling as it did on straight-line speed. In fact, Ford even perhaps showed some restraint in this regard, as the Lightning could actually hang with Mustangs of the same era when the road turned twisty. This is also in keeping with the Special Vehicle Team’s ethos, which consistently has developed well-rounded sports models that didn’t solely focus on outrageous horsepower. The Lightning of this era went head-to-head with Chevy’s contender in the space, the 454 SS pickup.

This Lightning is an interesting specimen, as it has an impressive 239,000 miles on the odometer, but loads of recent work that should make that figure merely a number (in theory). The seller mentions that the truck was repainted six years ago, and seeing as the Lightning graphics were re-applied in the correct location, there’s evidence that it was performed with some attention to detail. The listing claims the truck benefits from engine and transmission rebuilds about 5,000 miles ago, and also vaguely references other “mechanicals” in the same breath. Hopefully, that means the chassis components were updated at the same time. The truck is from South Carolina, and the seller’s numerous pictures of the frame would seem to suggest this one is as rust-free as they come – and the interior looks way better than the mileage would suggest. Good luck with the purchase!

“93 LIGHTNING,VERY FAST AND RARE SO CAROLINA TRUCK,NEVER RUSTED,UNDERSIDE ORIGINAL AND SPOTLESS,TRUCK WAS PAINTED ABOUT 6YRS AGO BODY PANELS ARE ORIGINAL,ODOMETER READS 239K MI BUT ENGINE,TRANSMISSION AND MECHANICALS WERE REBUILT ABOUT 5K MI AGO,8 CYL ,351 RUNS,DRIVES LIKE A CHAMP,INTERIOR VERY GOOD,JUST GET IN AND TAKE IT FOR ICE CREAM AND SHOWS,IT IS NOT MUSEUM QUALITY,BUT IS IN EXC COND,ALWAYS GETS THUMBS UP!.I TRIED TO DESCRIBE IT VERY HONESTLY AND PRICED IT VERY FAIRLY,SO PLEASE SERIOUS CALLS ONLY !!!!!.,REDUCED $9800,MUST SELL,THIS IS A STEAL !, YOU COULD NOT RESTORE OR FIND THIS TRUCK AT THAT PRICE.“