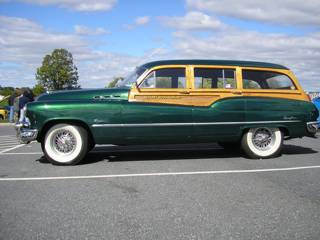 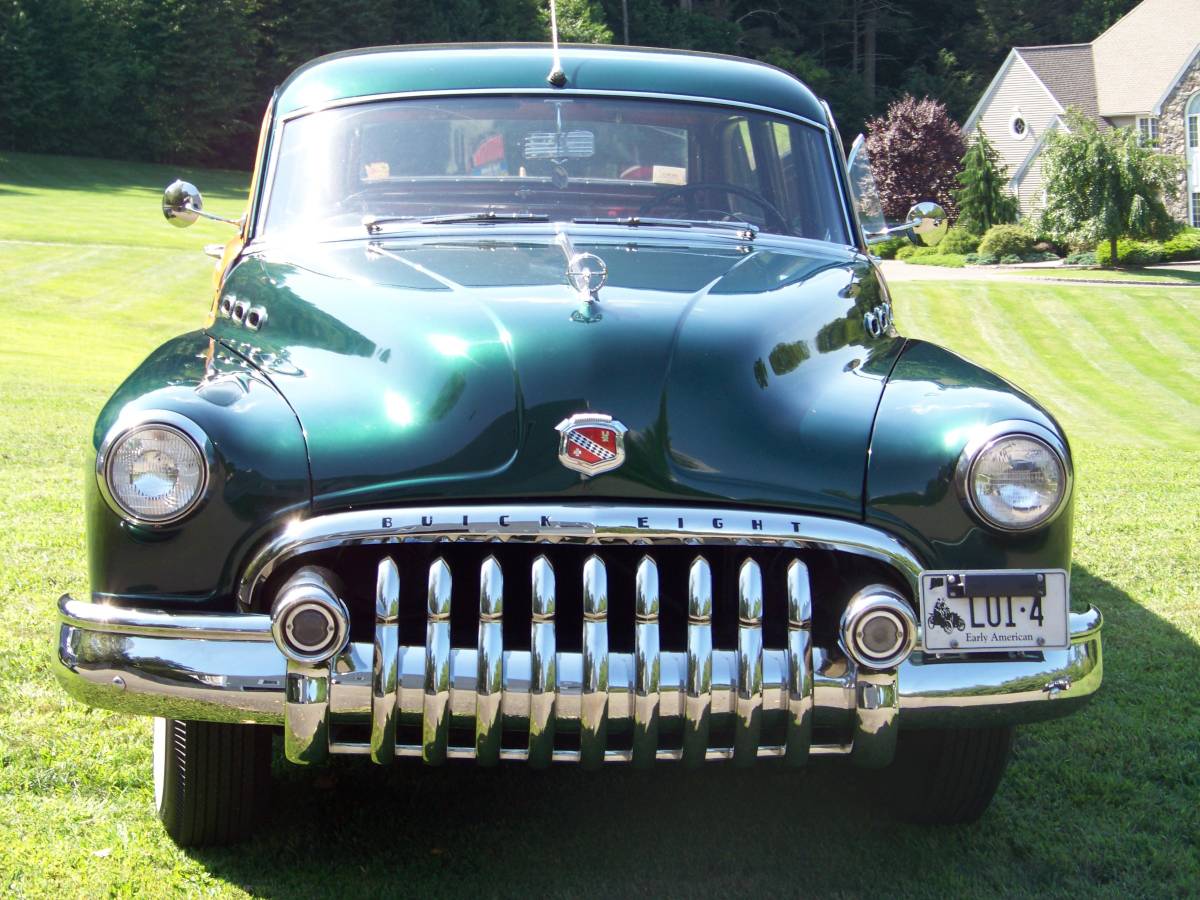 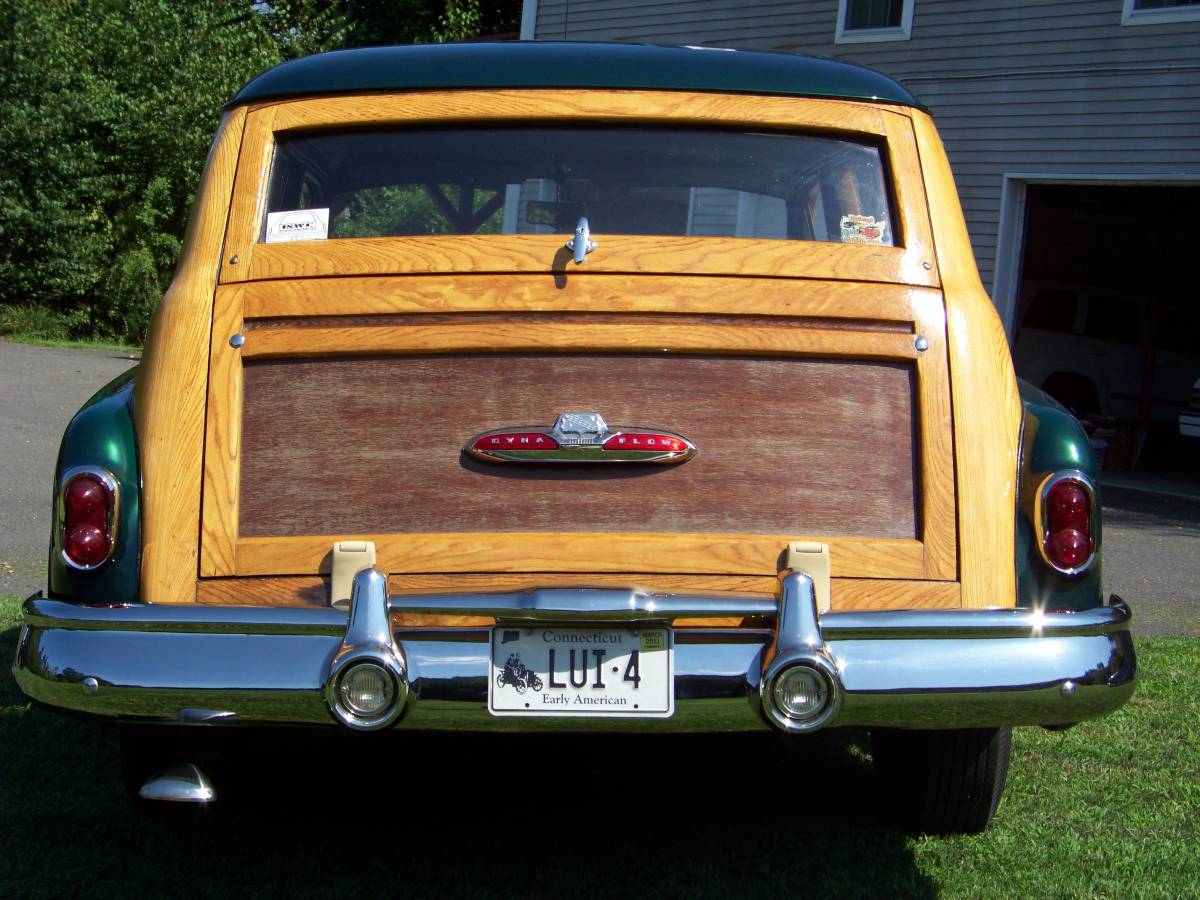 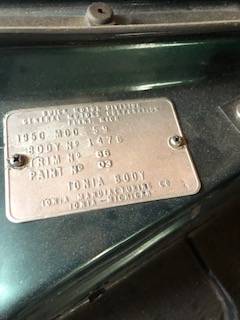 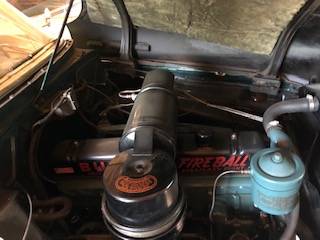 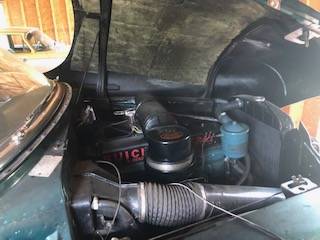 September 22nd Update – We just confirmed the private seller of this car deleted their Craigslist ad, so we’re calling this Buick “Sold!”

We often find ourselves at the mercy of wanting to feature certain cars we come across, however either the lack of sufficient or poor quality pictures often forces us to move on.  In the case of this restored 1950 Buick Super Estate Model 59 Woody Wagon currently listed recently on Craigslist in Oxford, Connecticut, its the latter.  We’re convinced this car is much more stunning in person than the pictures provided give credit for.  The private seller is currently asking $35,000 for her”Lovingly Restored” Buick and a check of the Hagerty Insurance Online Valuation Tool confirms this private seller has her rare woody wagon priced between the #3 “Good” appraisal of $49,500 and the #4 “Fair” (Daily Driver) estimate of $33,100.

The Roadmaster received it’s first major postwar restyling in 1949. While Buick designers reduced its wheelbase and overall length, weight actually increased slightly. Stylists incorporated a much larger two-piece, curved glass windshield and introduced introduced “VentiPorts.” Four were displayed on each of the Roadmaster’s front fenders, while the Super, Century, and Special models made do with three. The sales brochure noted that VentiPorts helped ventilate the engine compartment, and possibly that was true in early 1949, but sometime during the model year they became plugged. The idea for VentiPorts grew out of a modification Buick styling chief Ned Nickles had added to his own 1948 Roadmaster. He had installed four amber lights on each side of his car’s hood wired to the distributor so as to flash on and off as each piston fired simulating the flames from the exhaust stack of a fighter airplane. Combined with the bombsight mascot, VentiPorts put the driver at the controls of an imaginary fighter airplane. Upon seeing this, Buick chief Harlow Curtice was so delighted that he ordered that (non-lighting) VentiPorts be installed on all 1949 Buicks, with the number of VentiPorts (three or four) corresponding to the relative displacement of the straight-eight engine installed.

Dynaflow was now standard equipment, and engine horsepower was increased to 150 through a slight increase in the compression ratio. This contributed in conjunction with the now standard Dynaflow in giving the new Buicks a top speed of 110 mph.  While Ford switched to all-steel construction for its station wagons in 1950, GM continued with custom wood bodies, although in the case of this Super, the use of wood was now limited to trim above the “Sweepspear” line, window frames, and tail gate.

The 1950 restyling featured a grille so toothy that Consumer Reports commented that “a toothbrush for the dentures comes extra.” The Sweepspear had proved so popular in its first year that it was made standard on most body styles at the beginning of the 1950 model year, and on the station wagon and the new long wheelbase sedan mid-year. The long wheelbase sedan was stretched an extra four inches (102 mm). Like the convertibles, the Riviera and the extra plush long wheelbase sedan came with both power windows and power seats as standard equipment. Overall Roadmaster sales fell to 75,034, with Roadmaster’s share of total Buick output plummeting to 12 percent, thanks mainly to the surging popularity of the Special.

From the seller’s account below, this Super is a nicely restored example that maintains its original interior.  We wish the seller included pictures of the interior, so you’ll have to reach out to her to receive those.  Good luck with the purchase!

“The 1950 Buick Estate Wagon, is a Dynaflow, RWD, 2 speed automatic transmission, straight 8 263 cui engine, no power steering, no power brakes. This car was lovingly restored and drives beautifully with no signs of rust. It has new paint, it had the head rebuilt, it had the valves done, and a new water pump. The rear end was rebuilt. It has original wood which was sanded and resealed, It has the original engine and original transmission, the transmission was rebuilt. It has original interior, manual windows, and spoked wheels with 3 inch white walls but we have the original tires..“