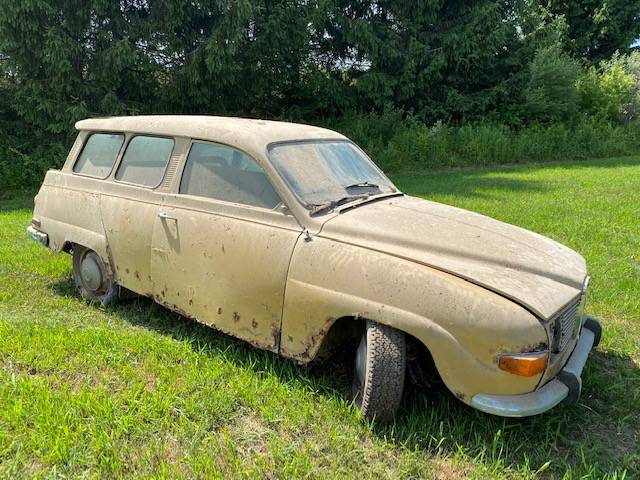 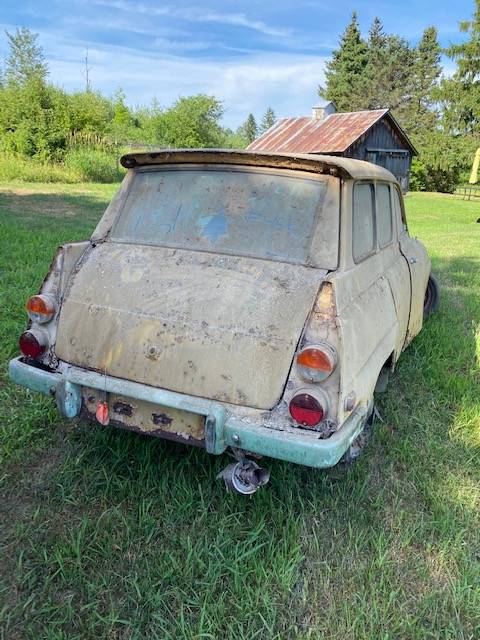 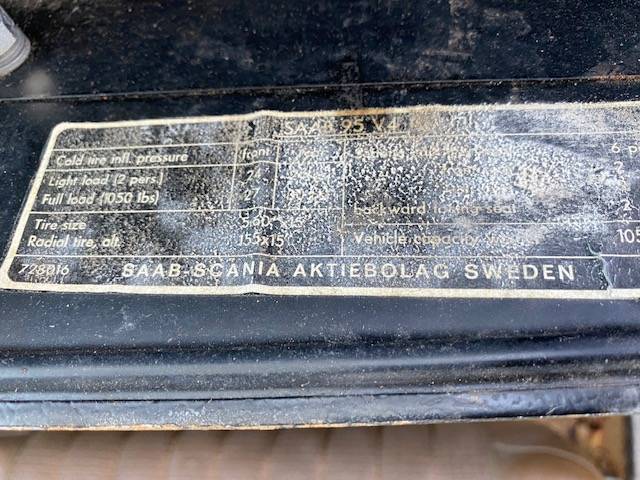 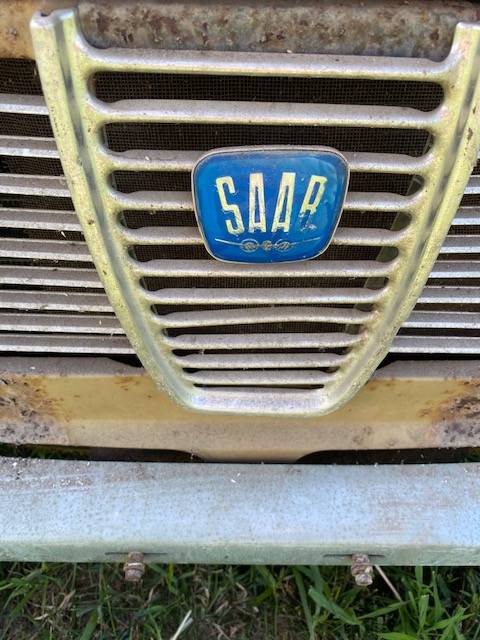 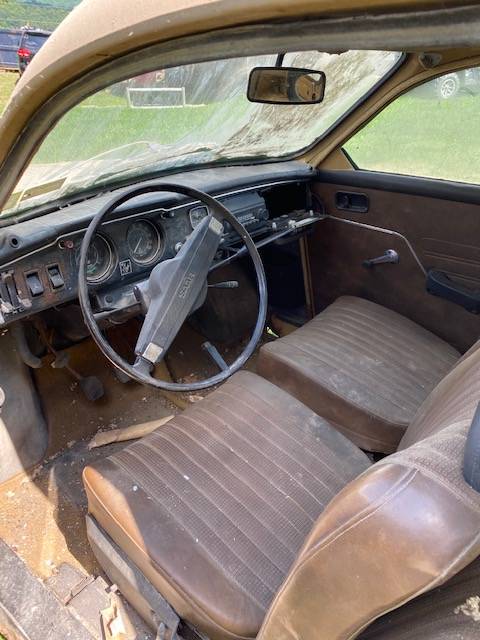 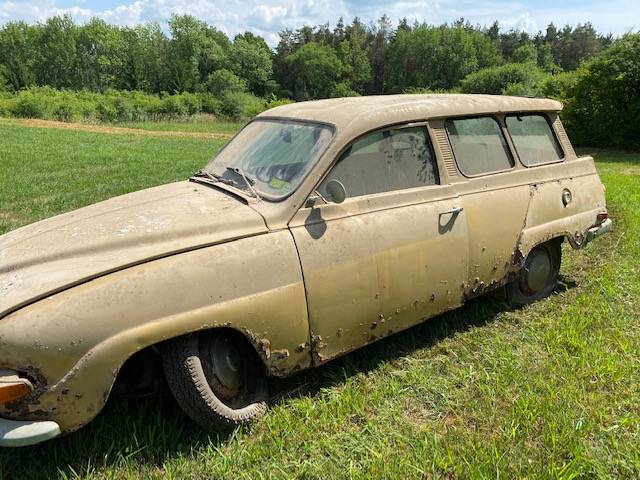 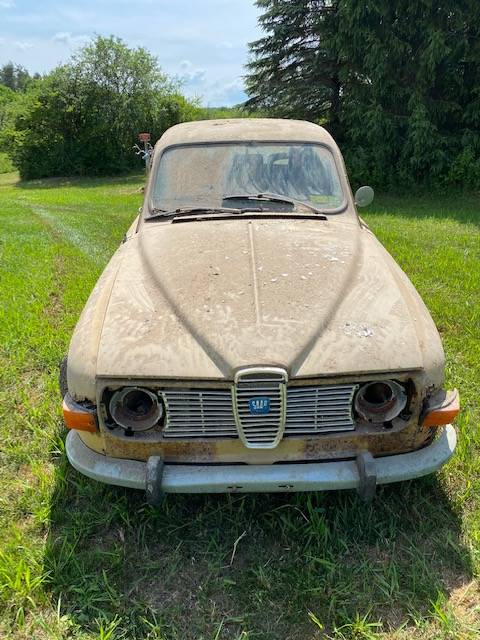 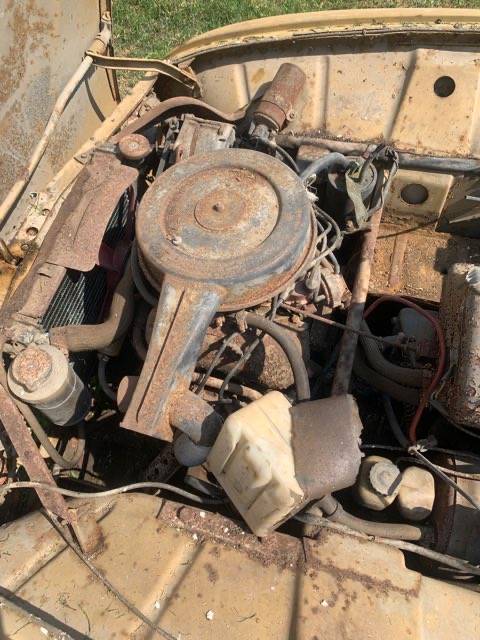 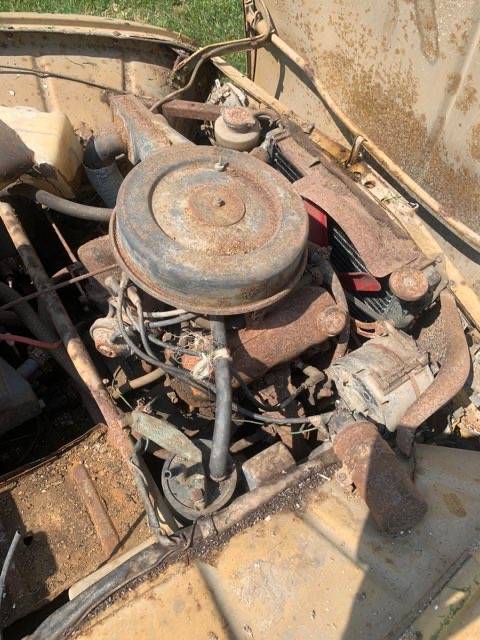 August 25th Update – With the listing just expiring, one of two things happened with poor rusted out Saab.  Either the private seller actually found a buyer in need of a parts car or, more likely, they ended up sending this V4-powered wagon to the steel scrap yard.

August 2nd Update: First listed at $750 at the beginning of July, this clapped out ’69 Saab Saab V4 wagon is now down to $250.  There’s a strong chance the seller may have to pay someone to take this poor car away.

July 21st Update:  This poor 1969 Saab V4 Wagon we first featured earlier this month was originally listed at $750.  We just noticed the same post was updated over the weekend with the price lowered to $500.  While most of the body and frame are beyond even the thought of restoration, there may be enough quality interior and trim bits for someone currently restoring a less rusty example.

If you like your classic cars quirky, you can’t get much quirkier than this 1969 Saab 95 V4 Wagon listed earlier this week here on Craigslist in Angelica, New York where the private seller who just pulled this car out of barn where it had been sitting for the last thirty years is asking $750. A quick check of the Hagerty Insurance Online Valuation Tool confirms this private seller has his 95 priced well below the current #4 “Fair” (Daily Driver) estimate of $3,300.  If you are serious about buying this Saab (hopefully as a parts car only!), you can start the conversation by emailing the seller and when you do please remember to mention you saw his listing featured here on GuysWithRides.com.

Swedish car maker produced the Saab 95 two-door wagon from 1959 through 1978.  Surprisingly, Saab marketed their tiny two door wagon as a seven passenger car right through to 1975 when safety regulations made the rear-facing third seat a liability.  While famously known outside the U.S.for using a two-stroke engine equipped with a “freewheeling” mode to prevent engine seizing, from ’67 onward U.S. models came quipped with the same four-stroke Ford Taunus V4 engine connected to a four-speed manual transmission.   The Saab 95remained on sale in the United States until 1973.

While the body is obviously shot and beyond and reasonable person’s consideration for restoring, this example appears complete enough to pull parts to help restore a more solid example.  Good luck with the purchase!

“Just pulled this out of a barn where it’s been sitting for 30 plus year. Last registered in 1984. Either a late 60’s or early 70’s Saab 95 Station wagon. Probably best used for parts. Lots of rust to frame and body, but still lots of good parts to be had. Have the original keys but will not start. Must have flatbed to transport“

Do you think this Saab is worth restoring or only good for parts ?  Comment below and let us know!