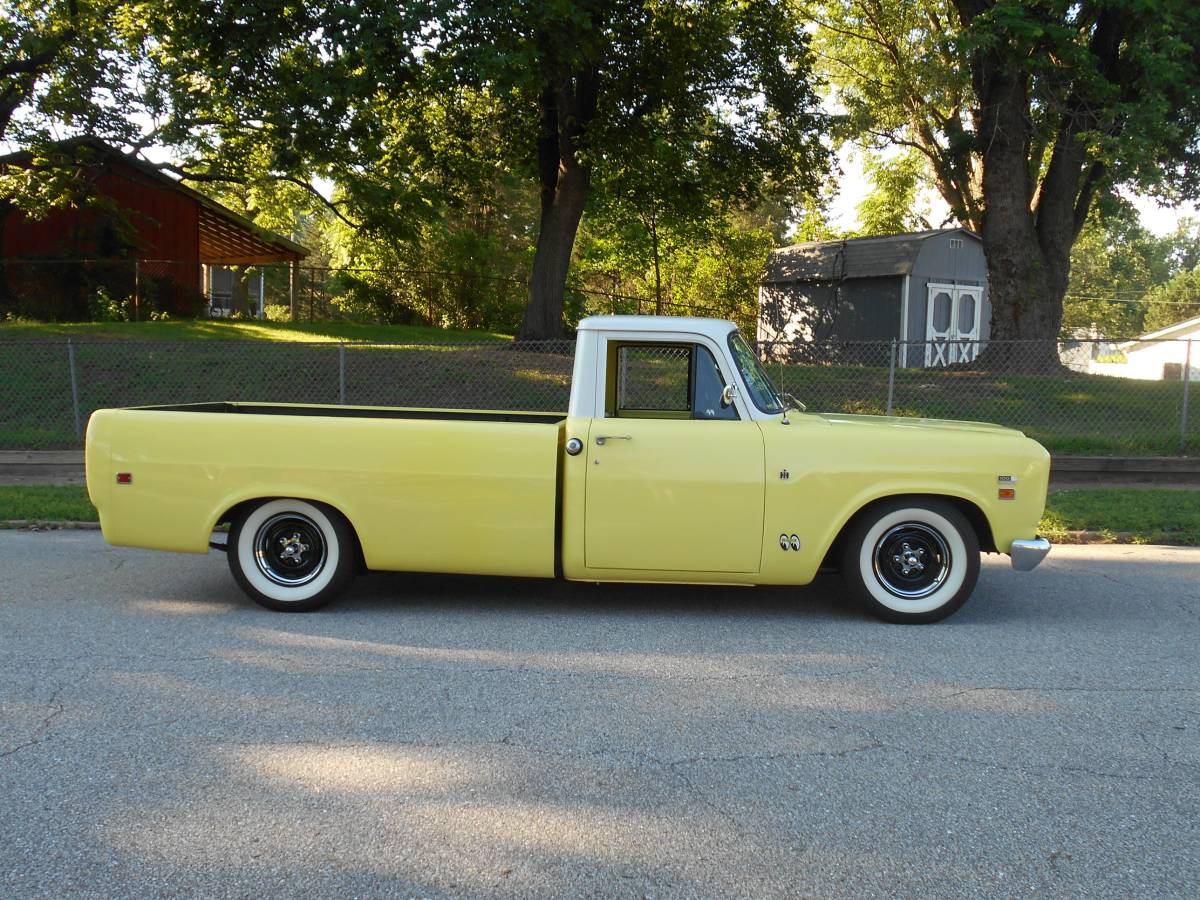 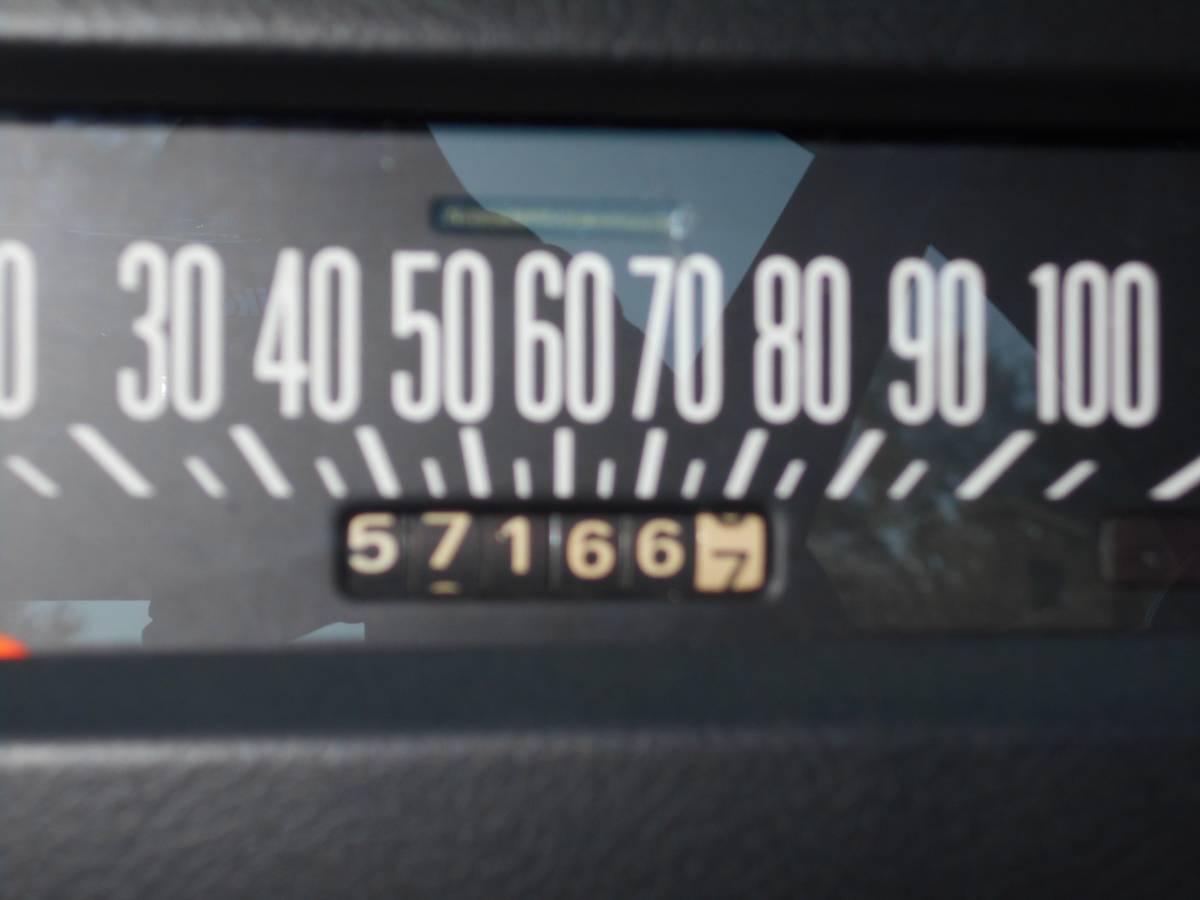 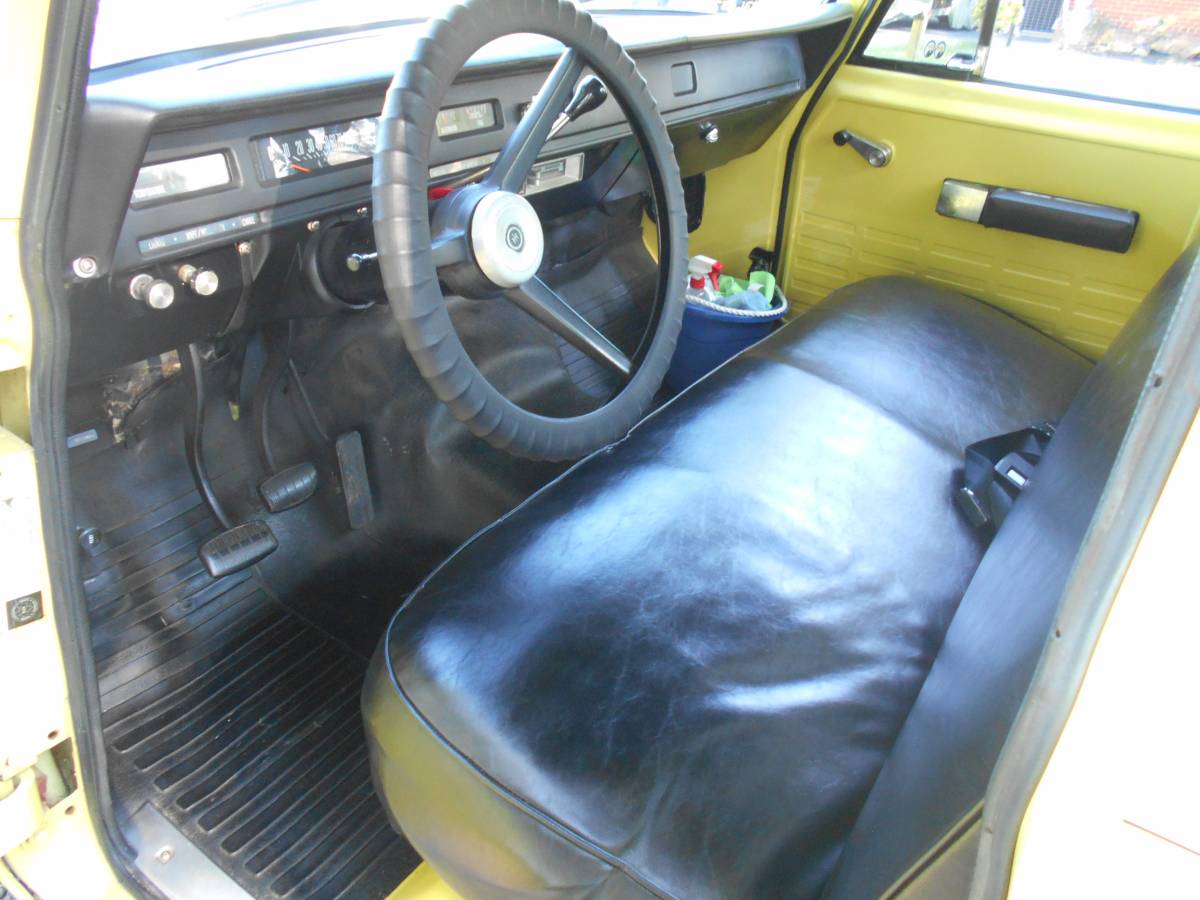 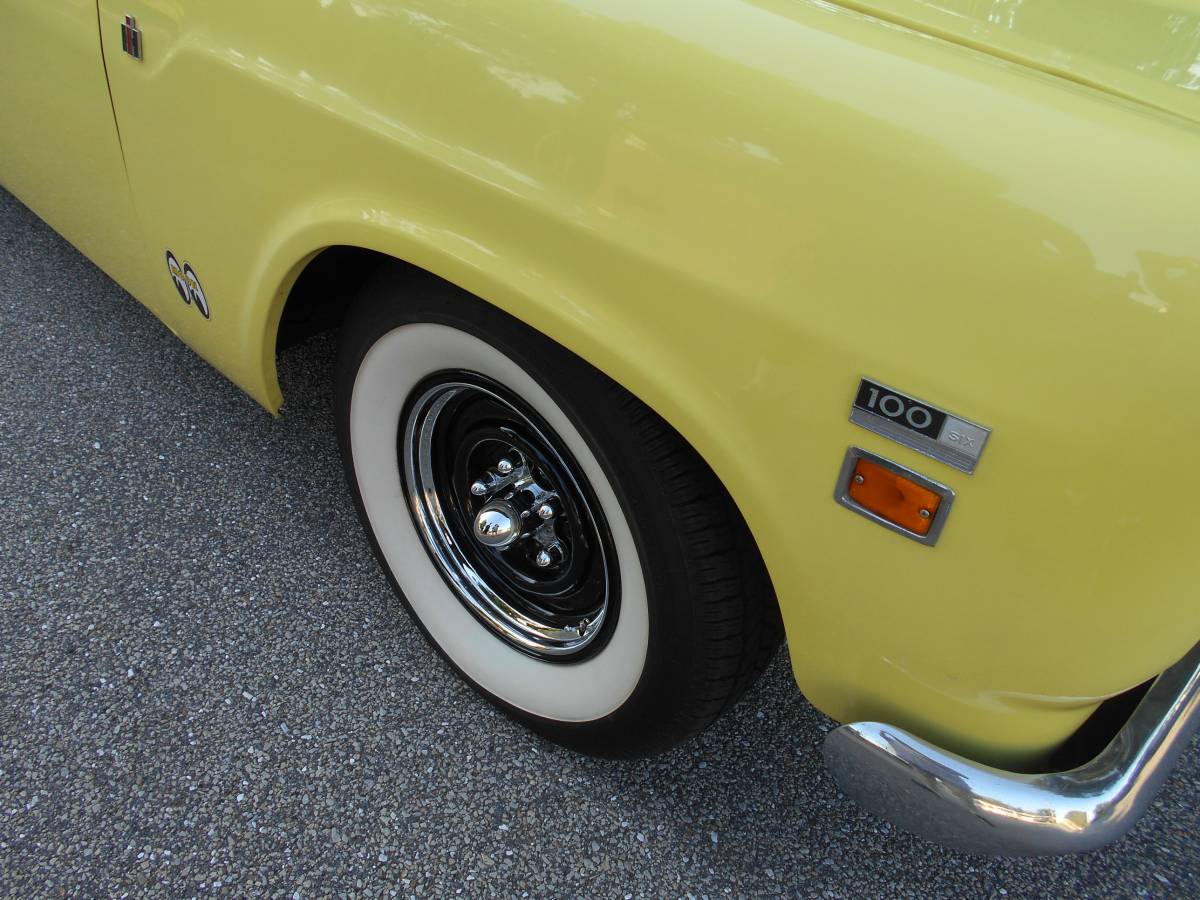 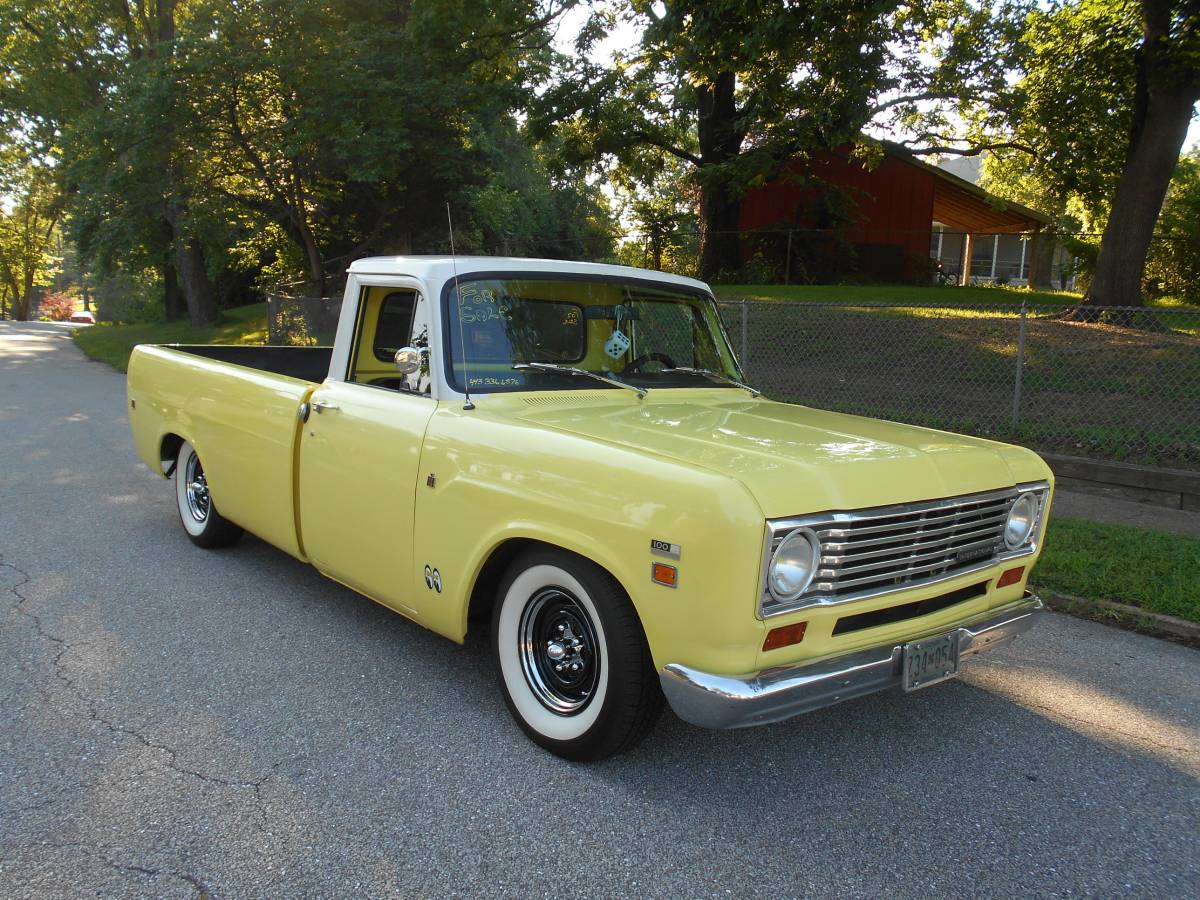 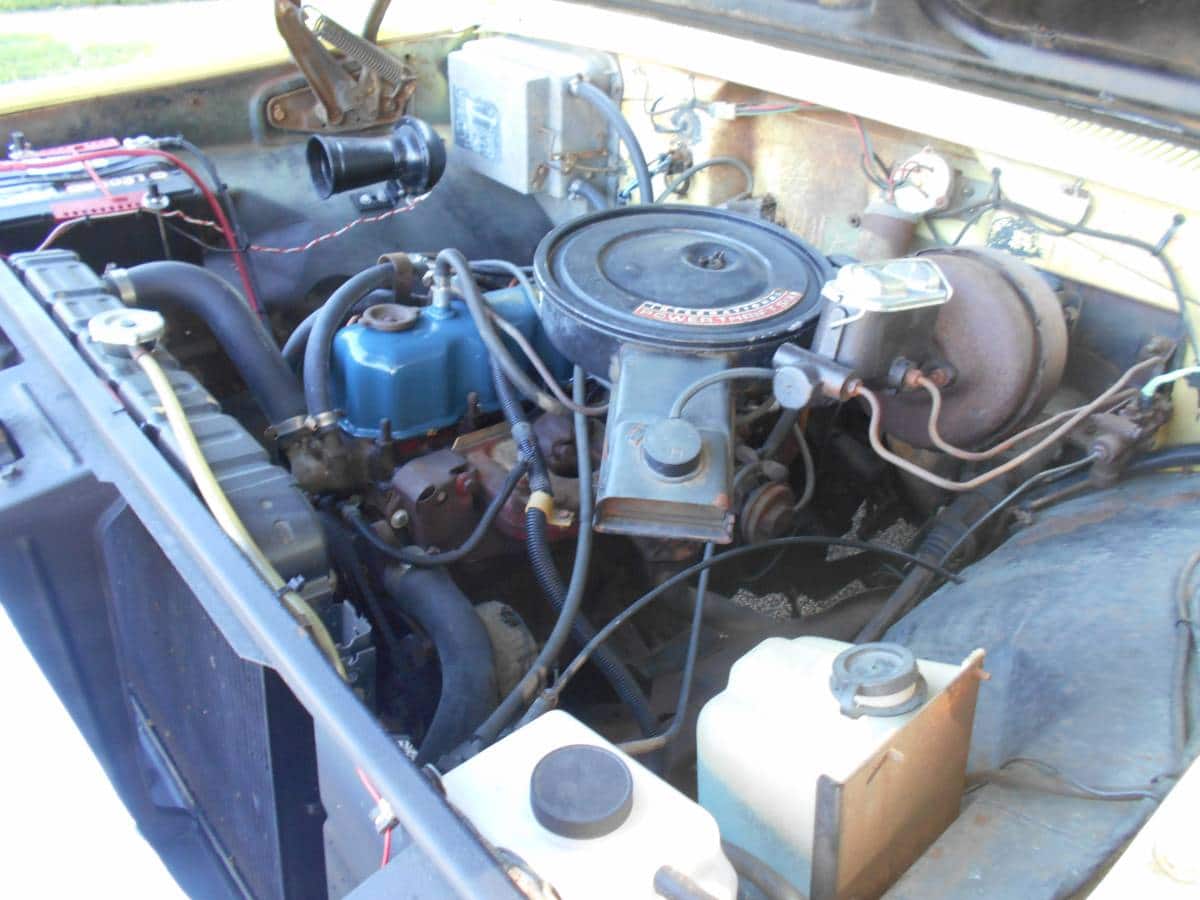 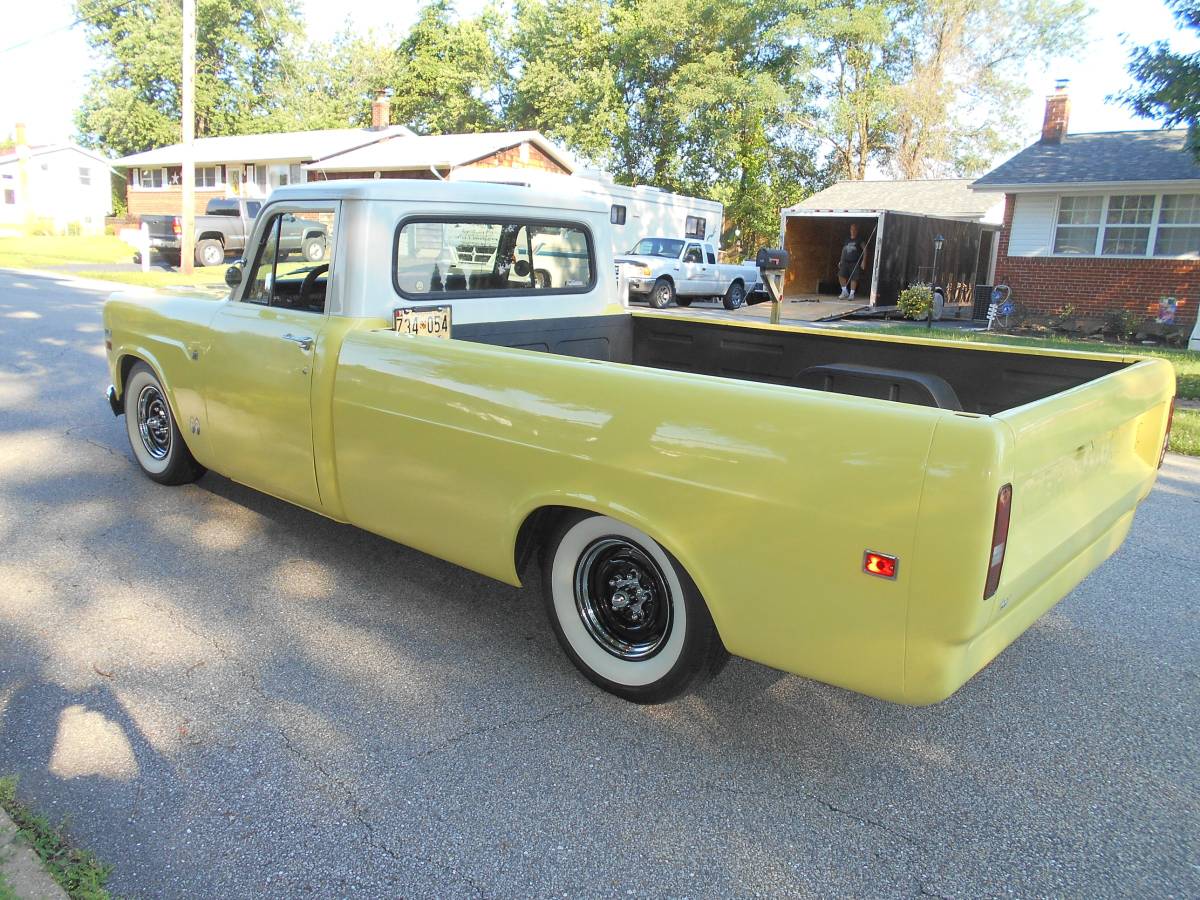 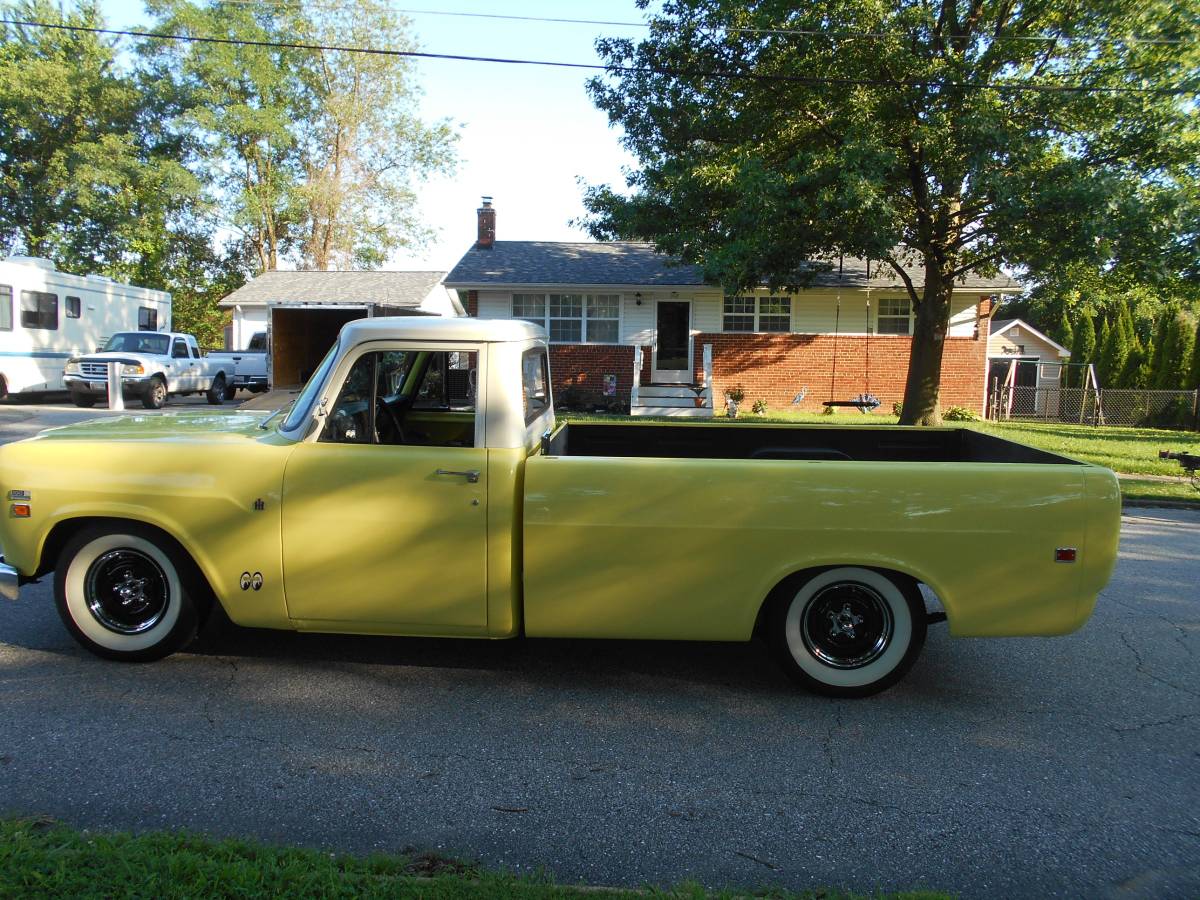 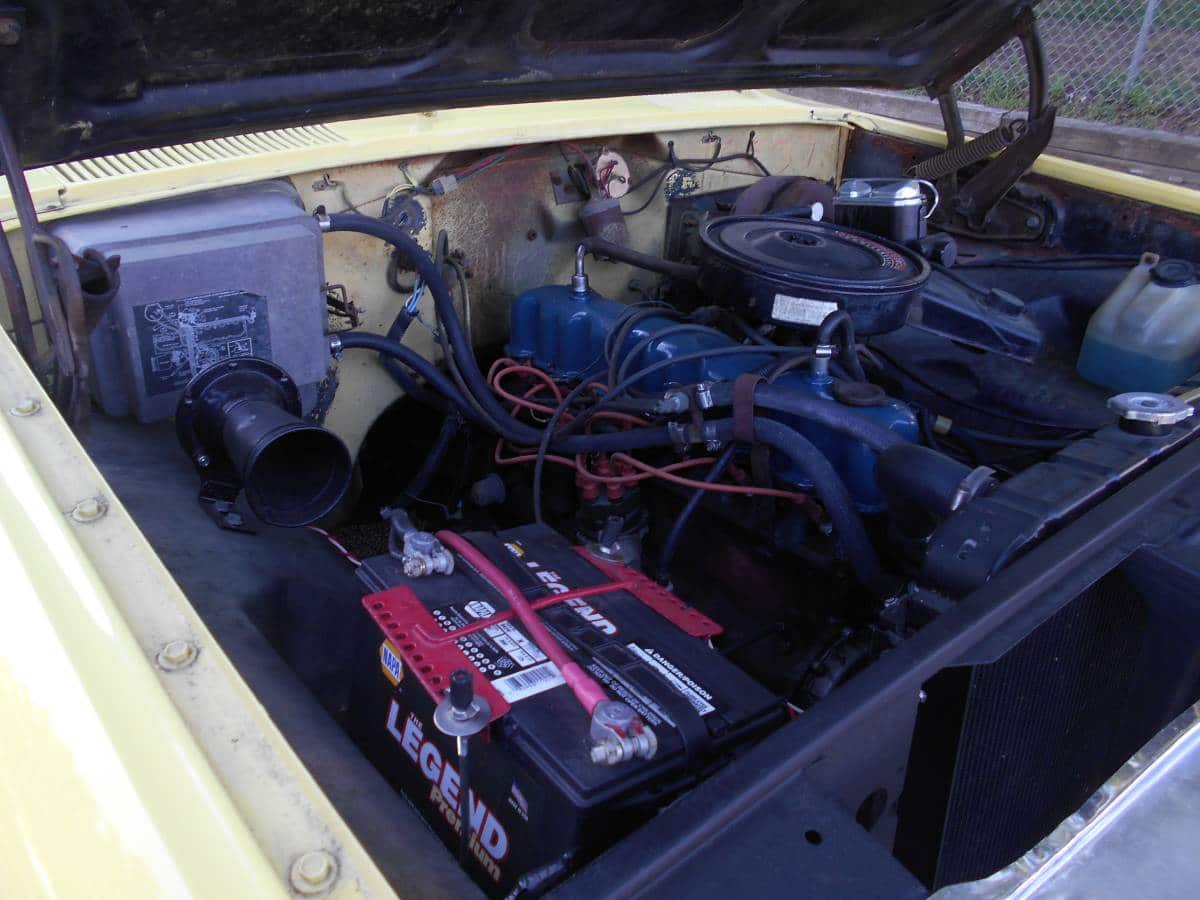 As far as we’re concerned here at GuysWithRides, the real “square body” pickups are the International Harvester (“IH”) D-Series vintage produced from 1969 through 1975.  This Sunburst Yellow 1974 example originally listed during the summer of 2020 on Craigslist in Annapolis, Maryland may be the prettiest International Harvester pickup we’ve ever come across. With its standard AMC-sourced and bullet-proof 258 cubic inch inline-six connected to a “three-on-the-tree” column shifter and only a claimed 57,000 original miles, the private seller has their mildly customized IH listed for $12,000. Researching the Hagerty Insurance Online Valuation Tool confirms this private seller has his 100 priced between the #2 “Excellent” appraisal of $18,200 and the #3 “Good” estimate of $8,500.

International Harvester’s (“IH”) Light Line pickups, also called the D-Series, replaced the company’s antiquated C-Series for 1969.  It was largely a re-bodied version of its predecessor, with a square-rigged look very similar to the period Scout utility vehicle.  Similar to the Scout lineup, IH offered their Light Line pickups with either step-side or “Bonus Load” style beds in several lengths with either two- or four-wheel-drive form. Engines ranged from an AMC-sourced inline-six to IH’s rugged 304, 345, and 392 cubic inch V-8s until the latter was replaced by AMC’s 401 cubic inch V-8 in 1974. Manual transmissions ranged from a column shift three-speed to the choice of under or overdrive five-speeds, along with Chrysler three-speed automatics. Three levels of trim were offered during this era: Standard, Deluxe, and Custom. The Custom was the range-topping trim, and featured simulated woodgrain body side trim and a plush, car-like interior.

For 1974 the naming changed yet again: the trucks were now called 100, 150, 200, or 500 depending on the weight rating. External changes were minimal, consisting mainly of a new five-bar metal grille without the vertical dividers, nicknamed the “electric razor grille.” The two wheel drive chassis received a revised double wishbone independent front suspension and disc brakes replacing the previous torsion bar front end. The engine and transmission was also repositioned lower and further behind the front axle centerline (in preparation for the new MV-series gas and diesel V8 engines that never actually made it into series production).  Pickup beds were either a six-and-a-half foot long standard unit or the eight foot long “Bonus Load” bed.

With its bright paint, just-right stance, and cool wheels, this IH is a great alternative to the sea of Chevy Action- and Rounded Line pickups.  We’re pleased to see the current owner resisted the urge to swap in a V8 when the virtually bullet-proof AMC inline six is just getting broken in.  Good luck with the purchase!