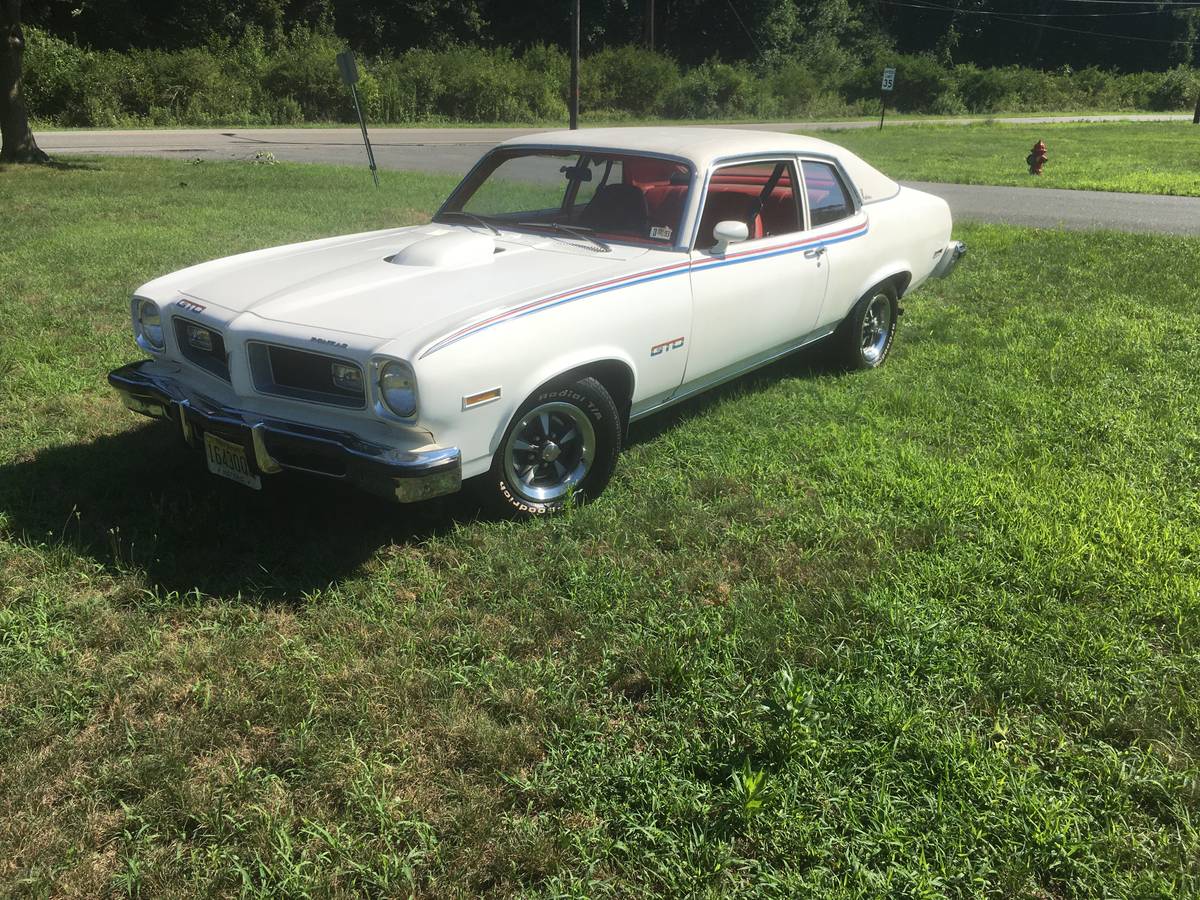 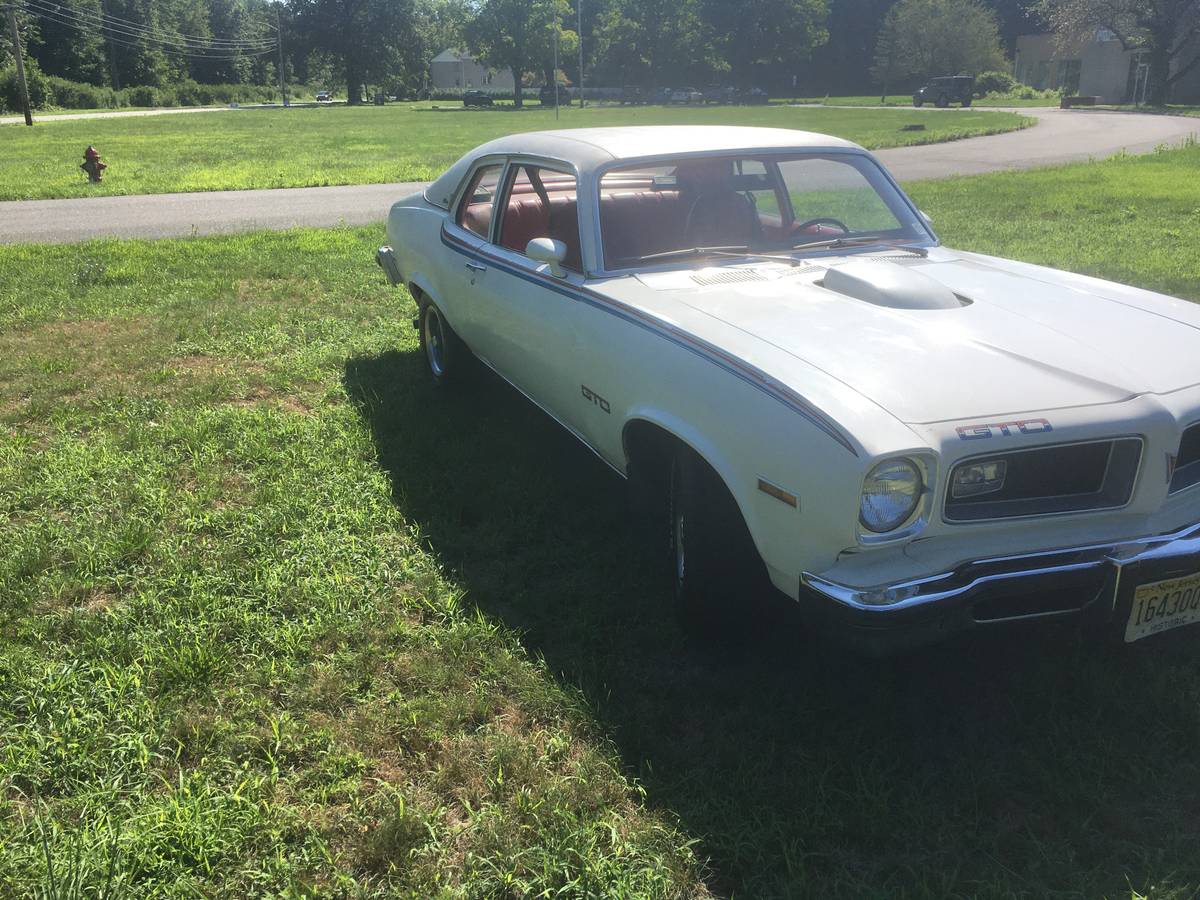 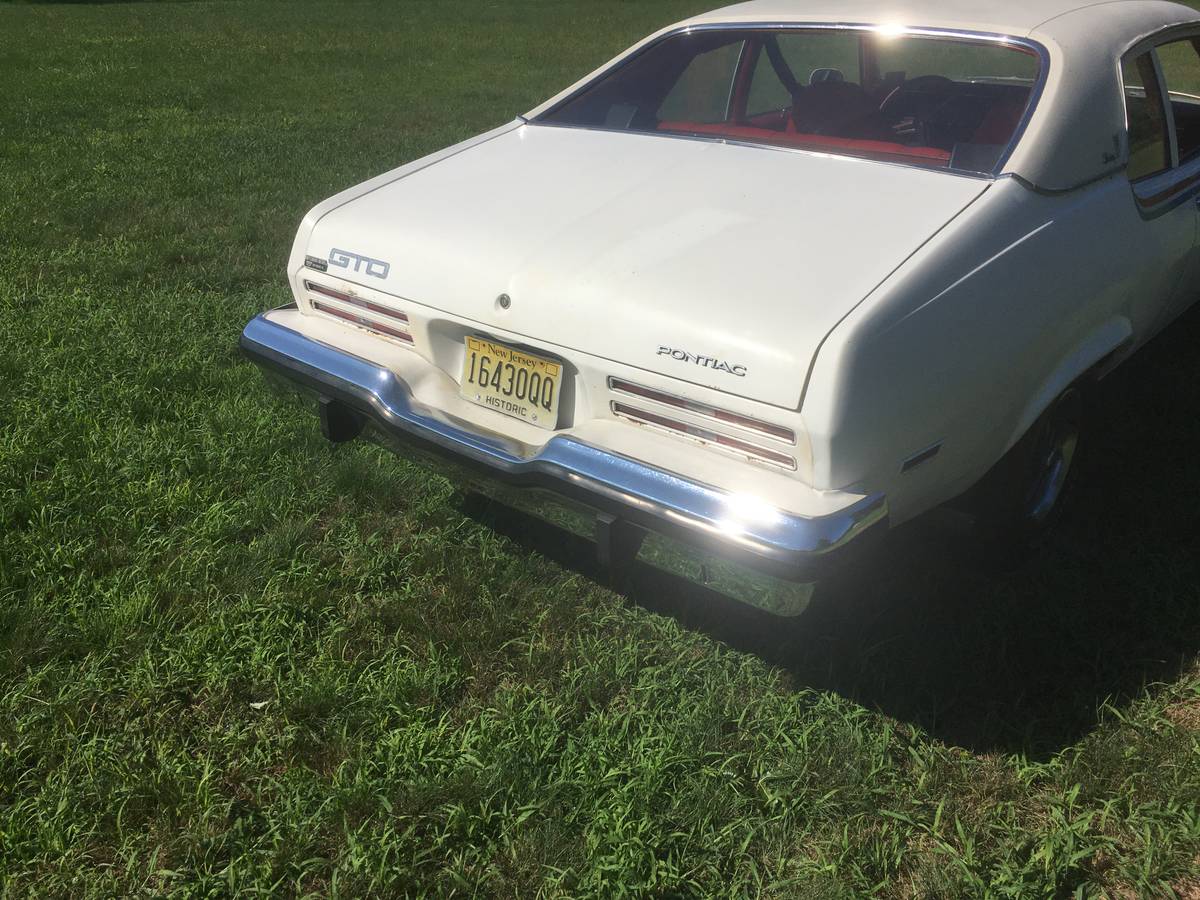 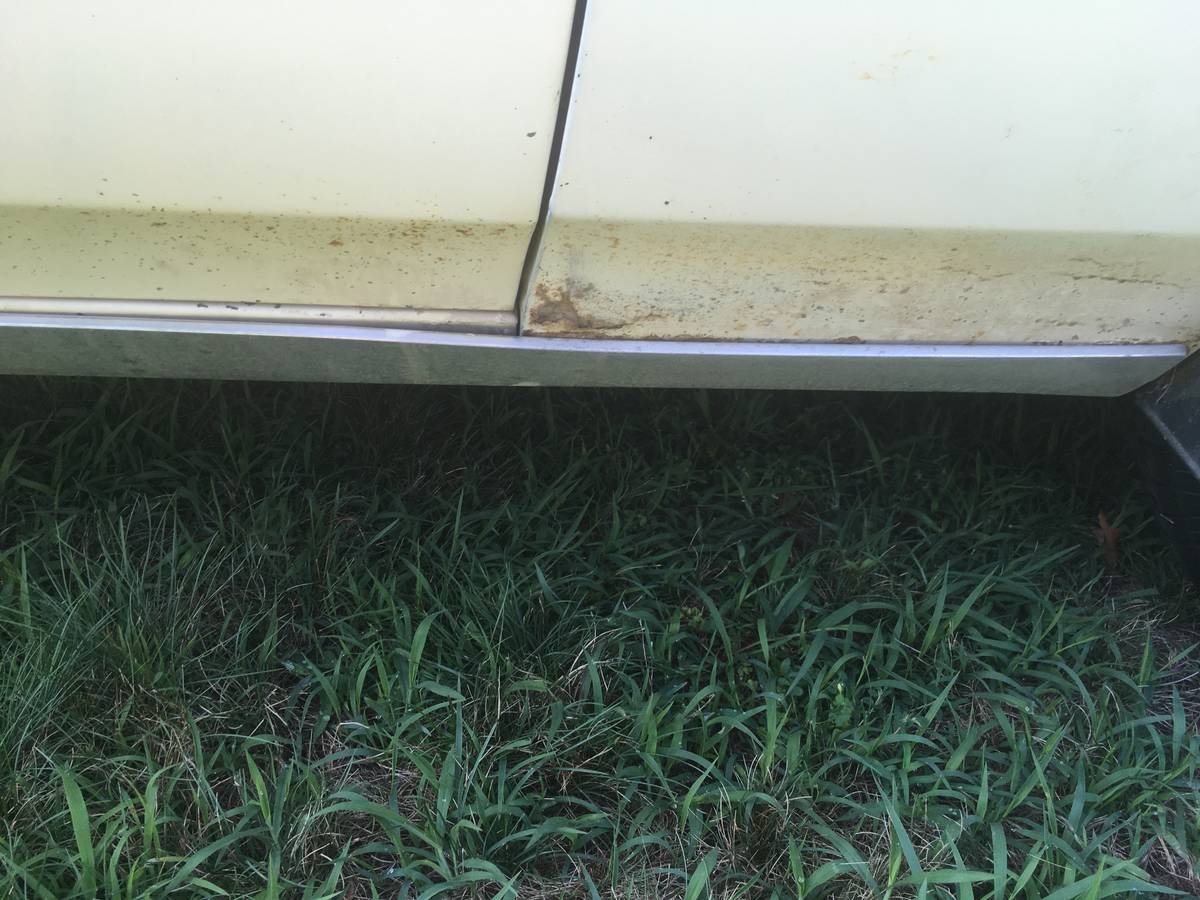 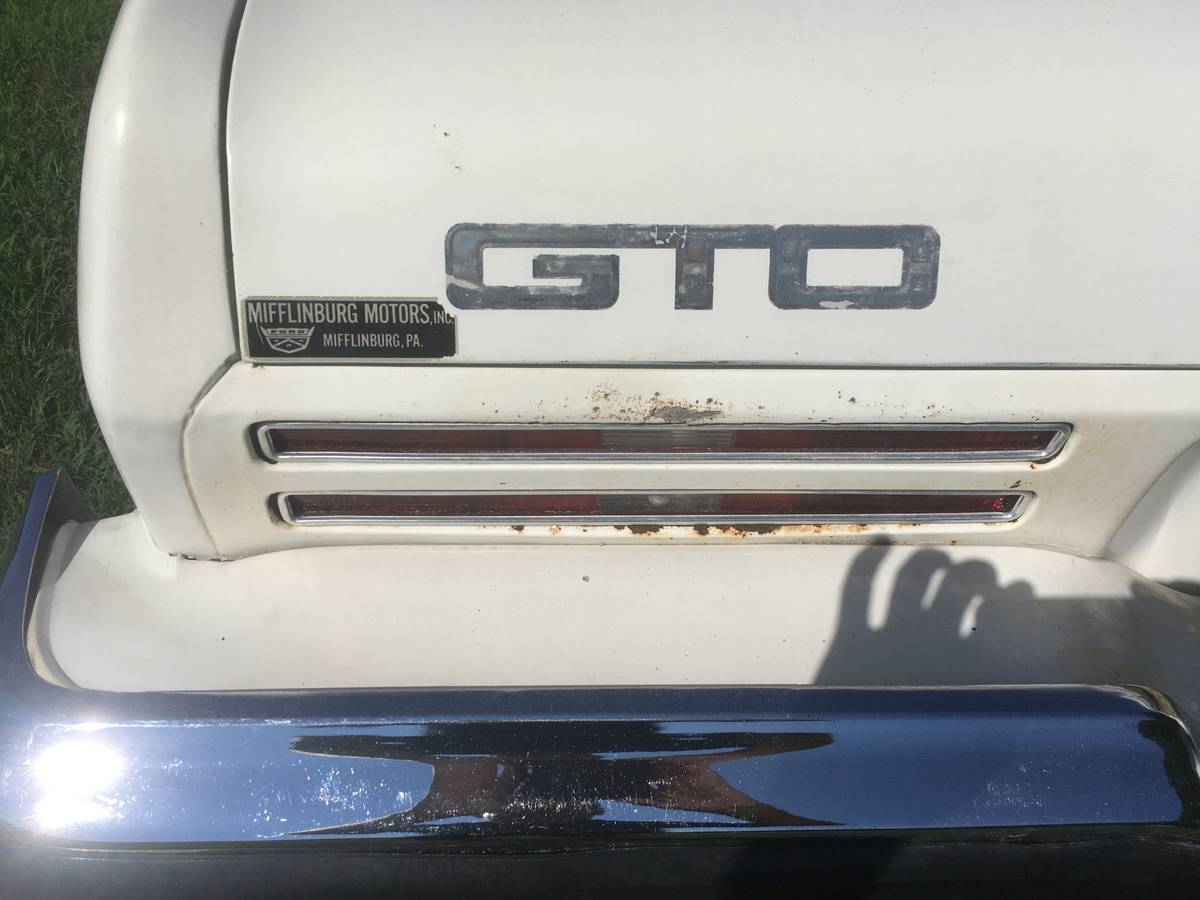 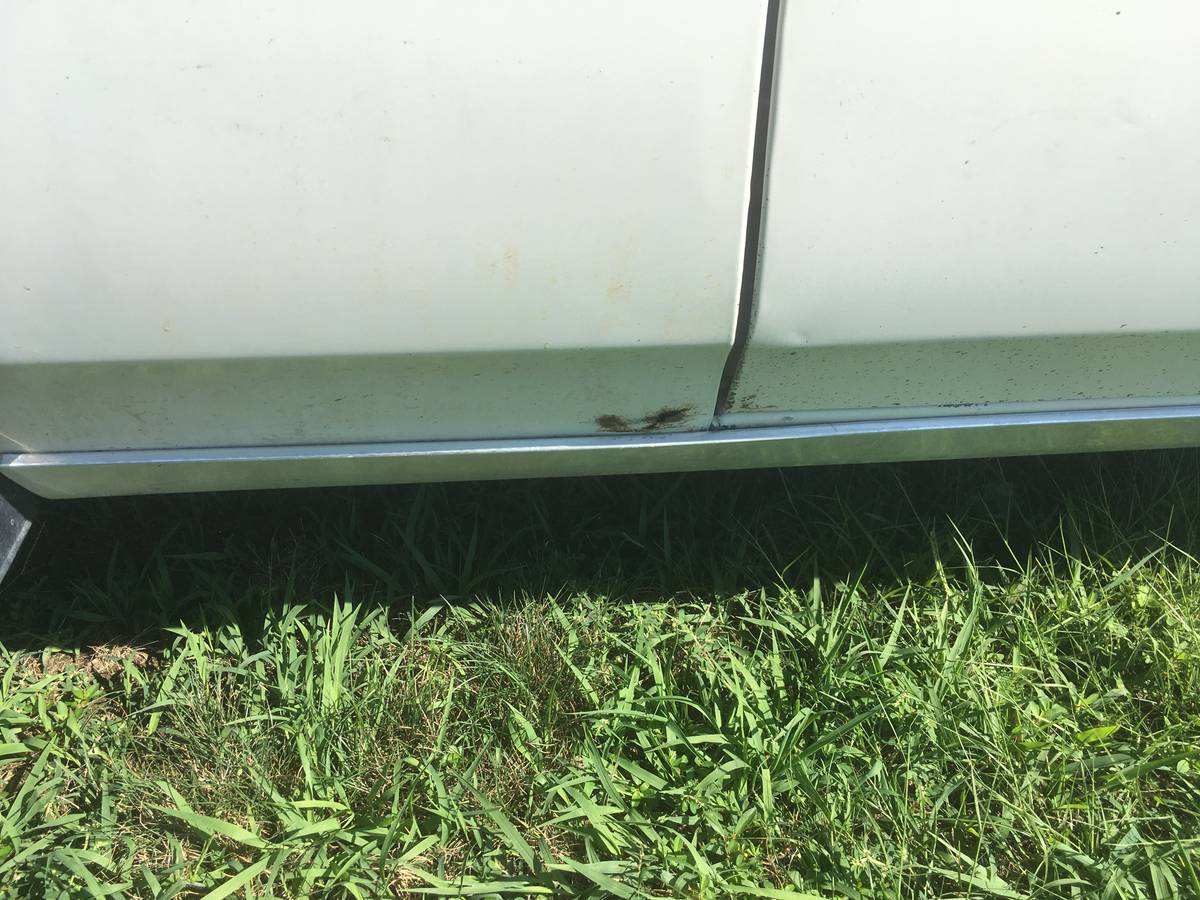 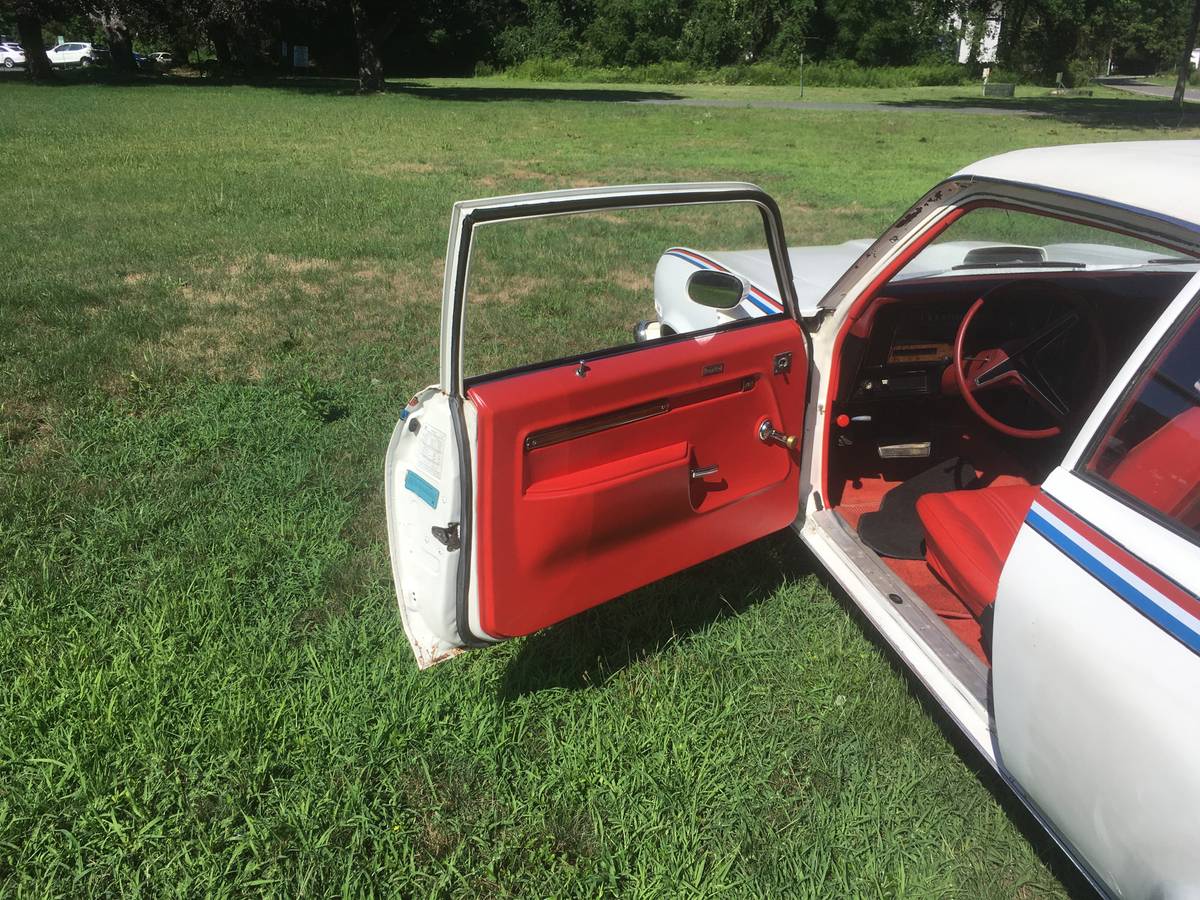 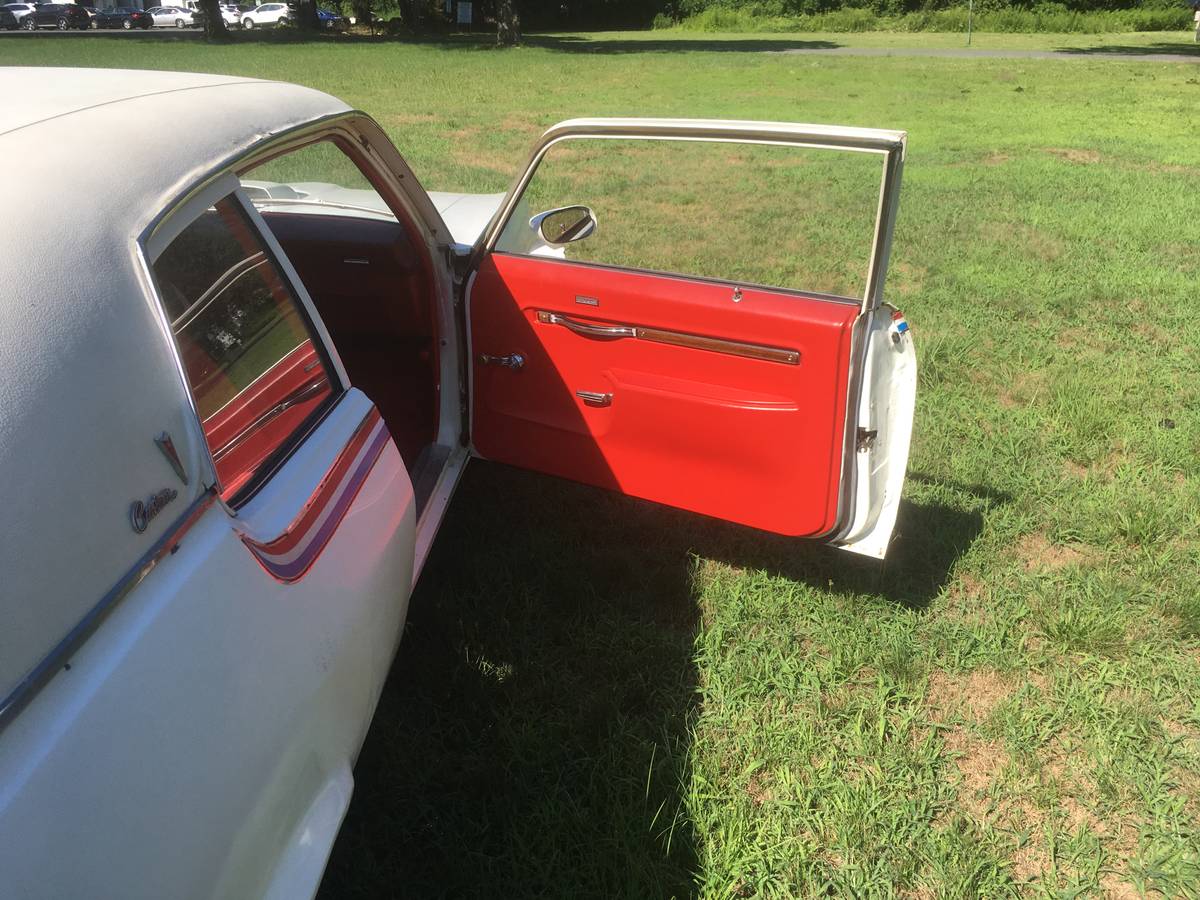 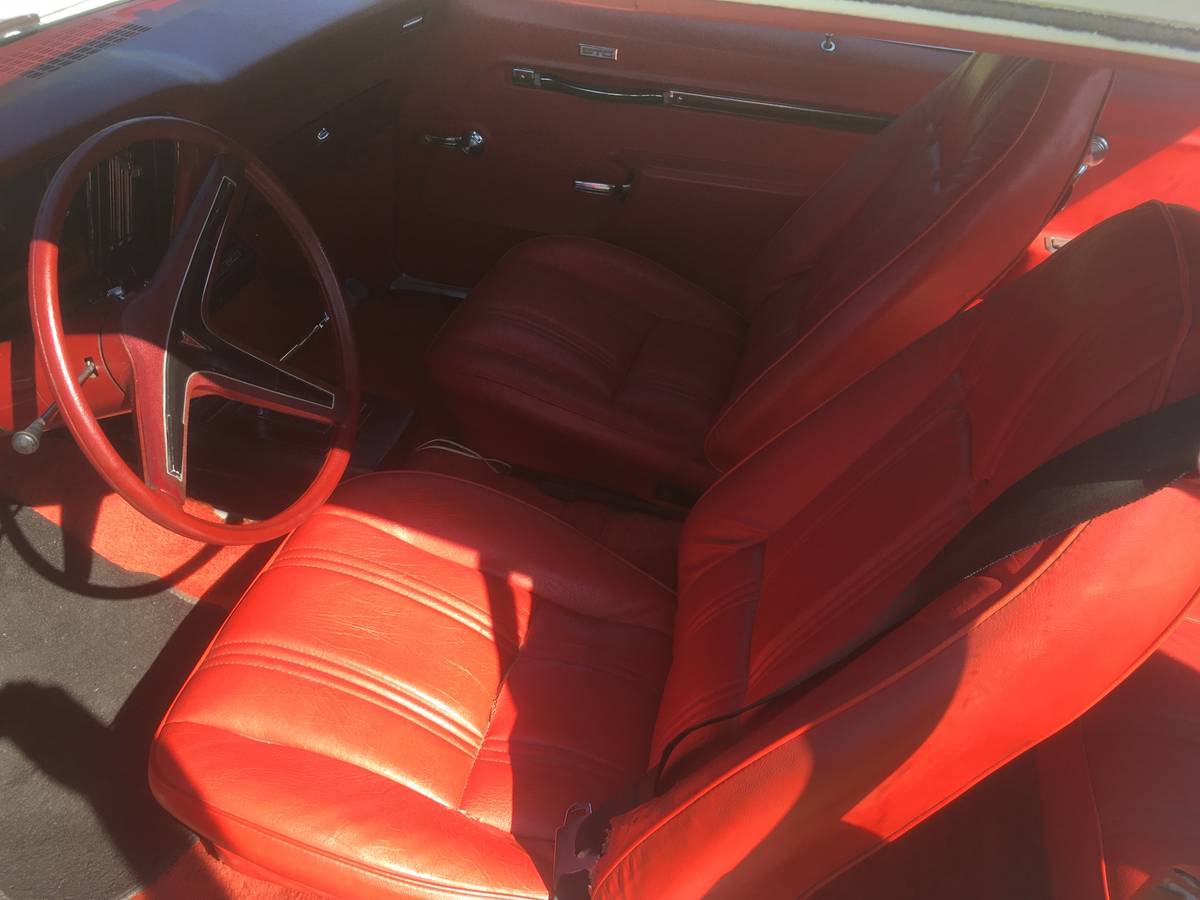 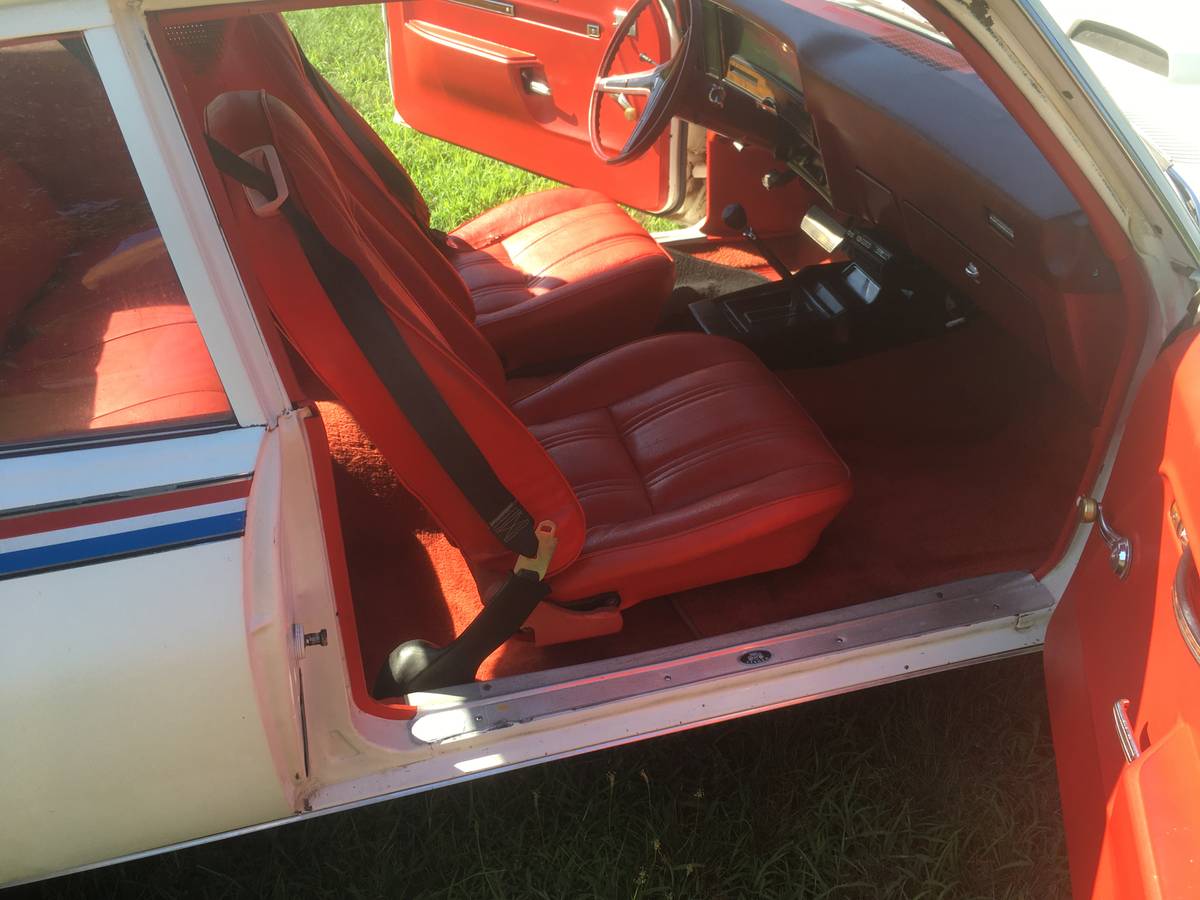 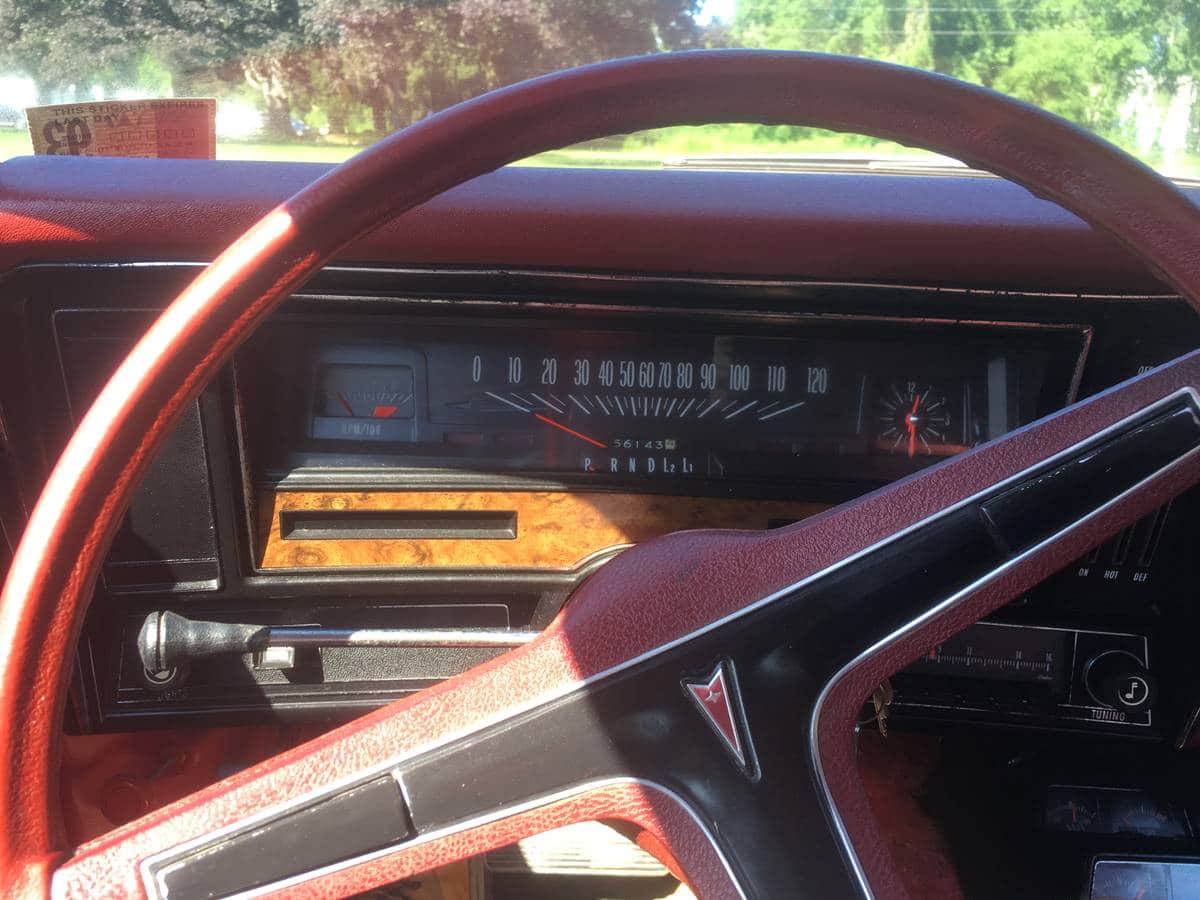 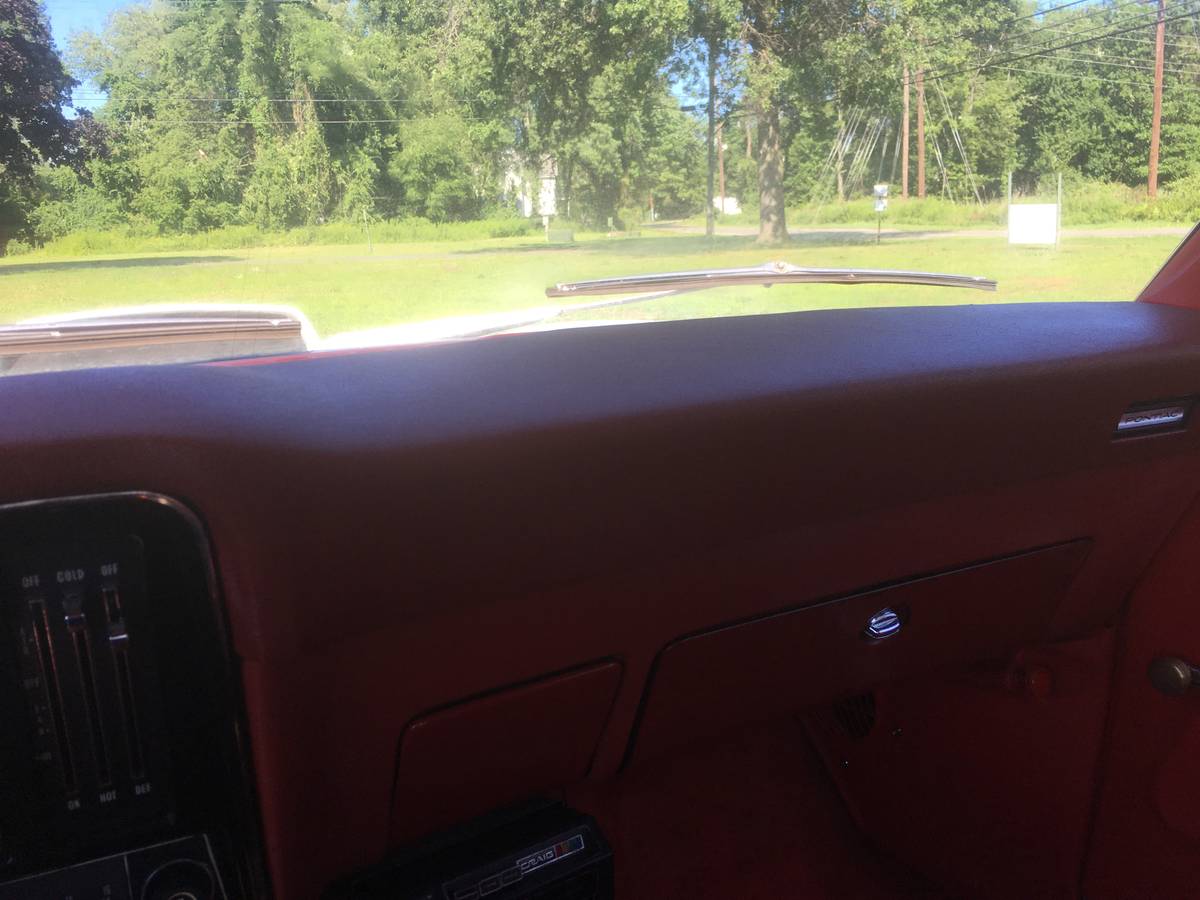 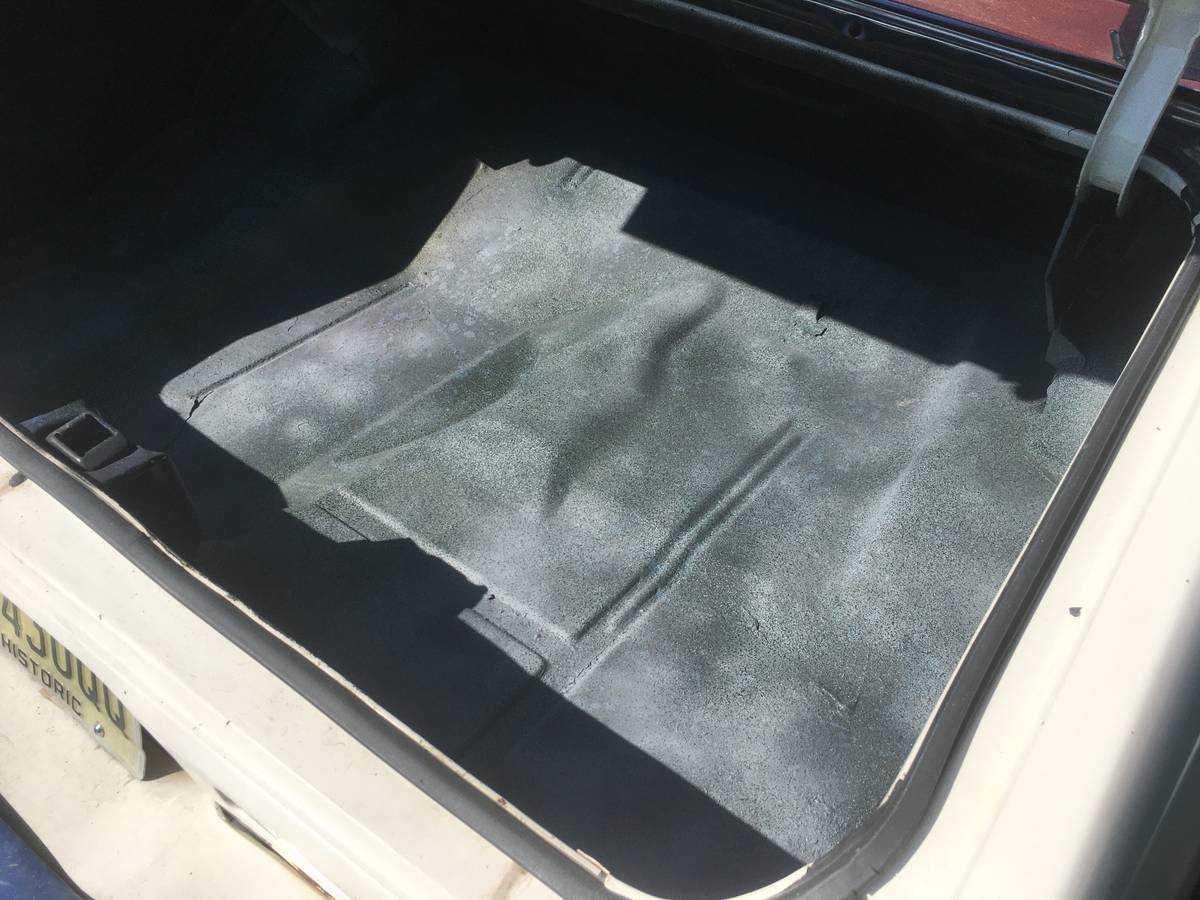 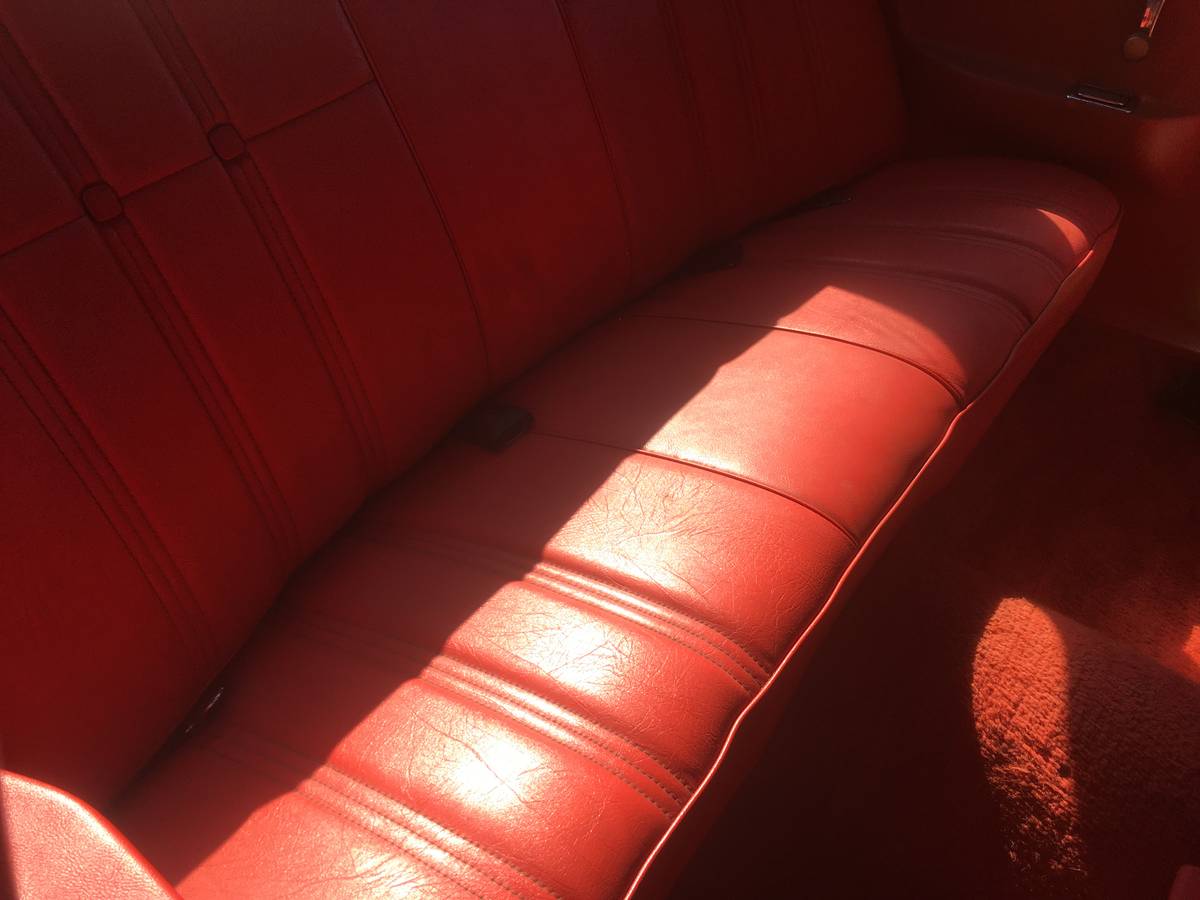 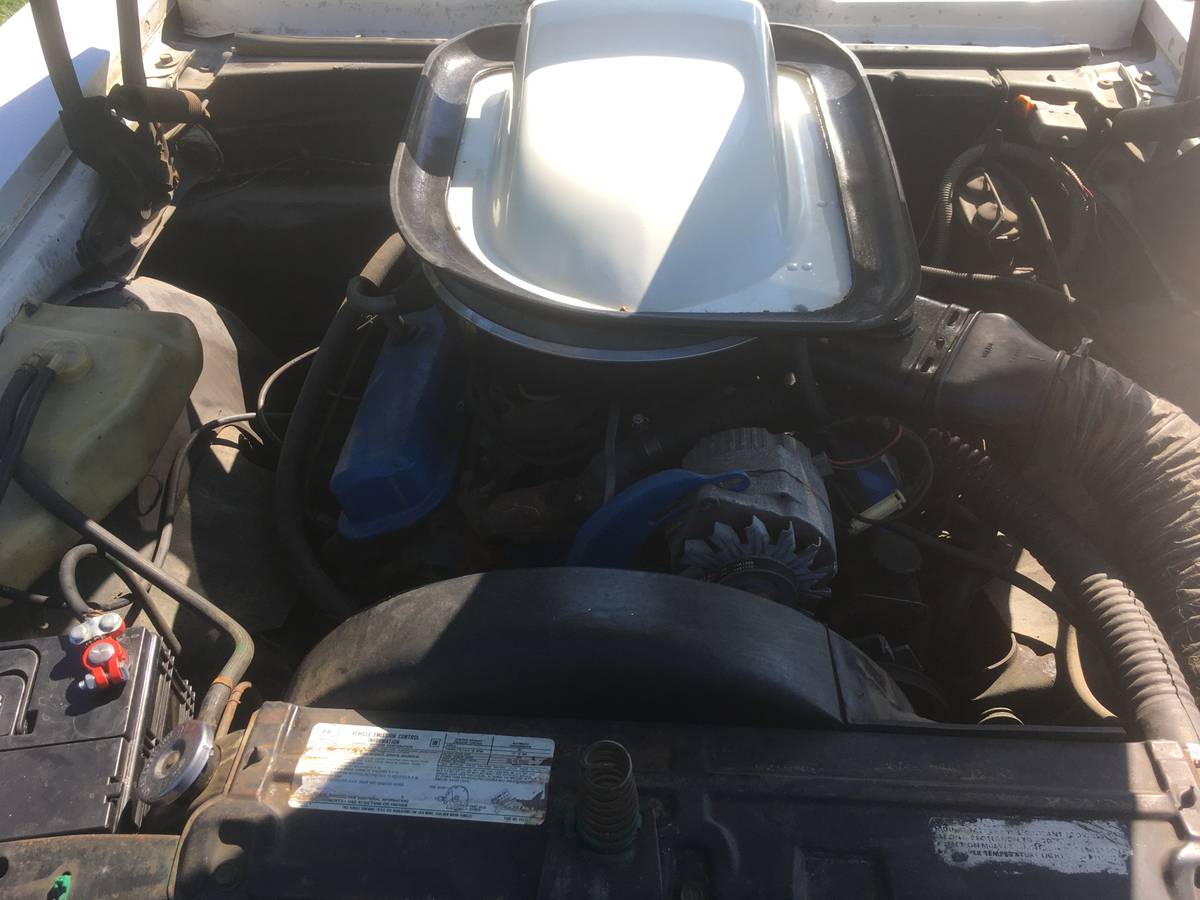 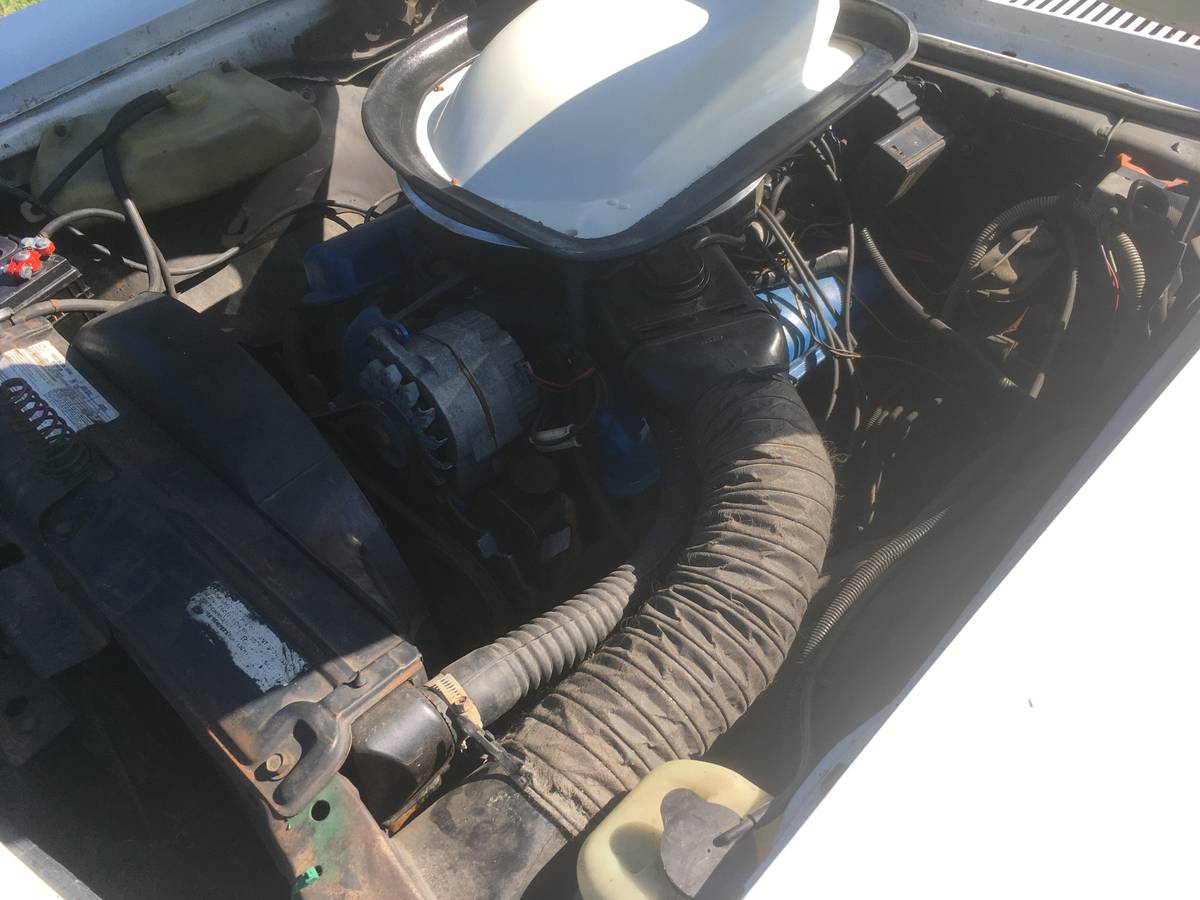 August 16th Update – The private seller deleted their Craigslist post, so we’re calling this one “Sold!”

A lot can change in one decade, especially in the automotive world.  While Pontiac launched the official Muscle Car era in 1964 with its 389 cubic inch powered GTO trimmed LeMans, by 1974 emissions regulations, rising insurance rates, and buyer’s changing tastes relegated “The Goat” to a trim package available on Pontiac’s Nova, the Ventura.  This white-over-red, 56K original mile, four-speed equipped survivor listed on Craigslist in Randolph, New Jersey provides an unmolested example of these cars with an asking price of $10,500.   Checking the Hagerty Insurance Online Valuation Tool confirms this private seller has his GTO priced between the #3 “Good” appraisal of $12,200 and the #4 “Fair” (Daily Driver) estimate of $6,300.

Wanting to avoid internal competition with the “Euro-styled” Pontiac Grand Am, and looking for an entry into the compact muscle market populated by the Plymouth Duster 360, Ford Maverick Grabber, and AMC Hornet X, Pontiac moved the 1974 GTO option to the compact Pontiac Ventura, which shared its basic body shell, sheetmetal, and power trains with the Chevrolet Nova.

The US$461 GTO package (Code WW3) included a three-speed manual transmission with Hurst floor shifter, heavy-duty suspension with front and rear anti-roll bars, a shaker hood scoop lifted from the Trans Am, special grille, wing mirrors, and Rally II wheels combined with a number of GTO emblems. The only engine was the 350 cubic inch V8 with a 7.6:1 compression ratio and a Rochester 4MC Quadrajet carburetor. The engine was rated at 200 horsepower at 4,400 rpm and 295 foot-pounds of torque at 2,800 rpm. Optional transmissions included a wide-ratio four-speed with Hurst shifter for US$207 (Code M20) or the three-speed Turbo Hydra-Matic. Power Steering was a US$104 option (Code N41) as well as Power front disc brakes for US$71 (Code JL2).

The GTO option was available in both the base Ventura and Ventura Custom lines as either a two-door coupé or a hatchback coupé. The base Ventura interior consisted of bench seats and rubber floor mats, Bucket seats could be added for US$132 (Code A51), while the Ventura Custom had upgraded bench seats or optional Strato bucket seats along with carpeting, cushioned steering wheel, and custom pedal trim. Bias-belted tires were standard equipment, but a radial tuned suspension option added radial tires along with upgraded suspension tuning for improved ride and handling.

The revamped model quickly became a sore spot for loyalists, a situation not helped when Motor Trend tested the “Hot Sports Compacts” in their February 1974 issue—the staff could only muster a 0–60 mph acceleration time of 9.5 seconds and a quarter-mile trap time of 16.5 seconds (at a leisurely 84.03 mph). Cars Magazine tested a 1974 GTO with the optional four-speed manual transmission and obtained a 0–60 mph acceleration time of 7.7 seconds and a quarter mile time of 15.72 seconds at 88 mph (142 km/h). Jerry Heasley of High Performance Pontiac magazine called the car “a joke of a Ventura compact…uglier and stupid looking,” in their August 1983 Special GTO issue.[28]

Sales were an improvement over 1973, at 7,058, but not enough to justify continuing production of the model. Some other factors leading to the discontinuation of the GTO were the declining interest in performance cars and new emissions laws mandating the use of a catalytic converter in automobiles.

Here’s an original promotional piece Pontiac used to launch the 1974 GTO among its dealers.  Oddly they lead off with a ’64 GTO that only makes watchers likely pine for the original car:

While the ’74 GTO may be the most unloved Goat of all, prices for these are on the rise and finding an unmodified version like this ready for restoration is becoming a rare site.  Good luck with the purchase!

“All original with only 56,145 miles. The car runs and drives very well. Minimal rust as pictured on bottom of fenders and around the rear tail light easy fix, the paint is tired. Solid frame, floors, trunk, rockers. Nice interior with only a split in the seat on the drivers side. All the lights work.
Nice entry level collector car needing only light restoration to be really nice.