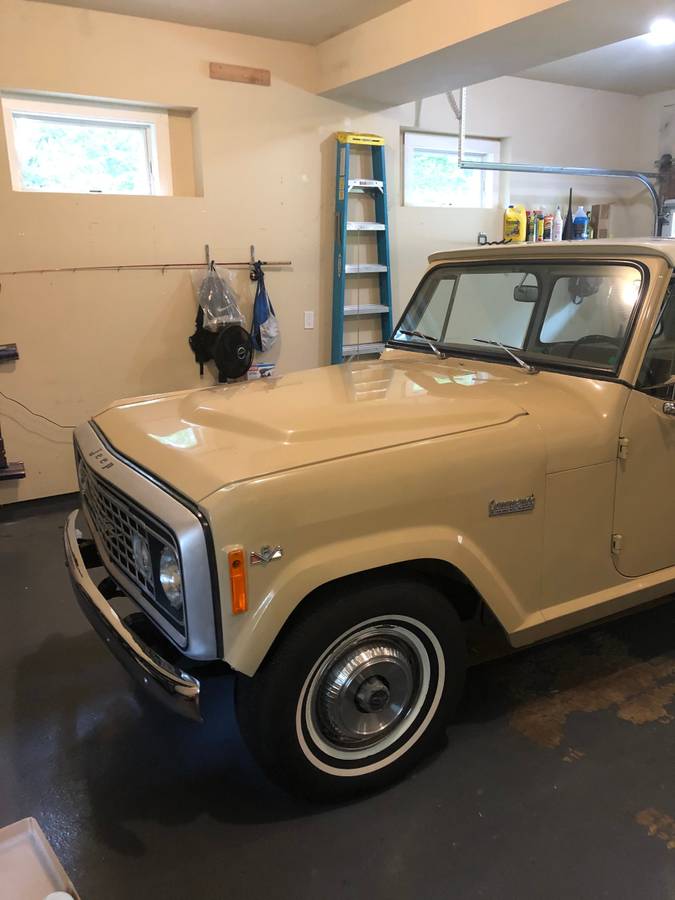 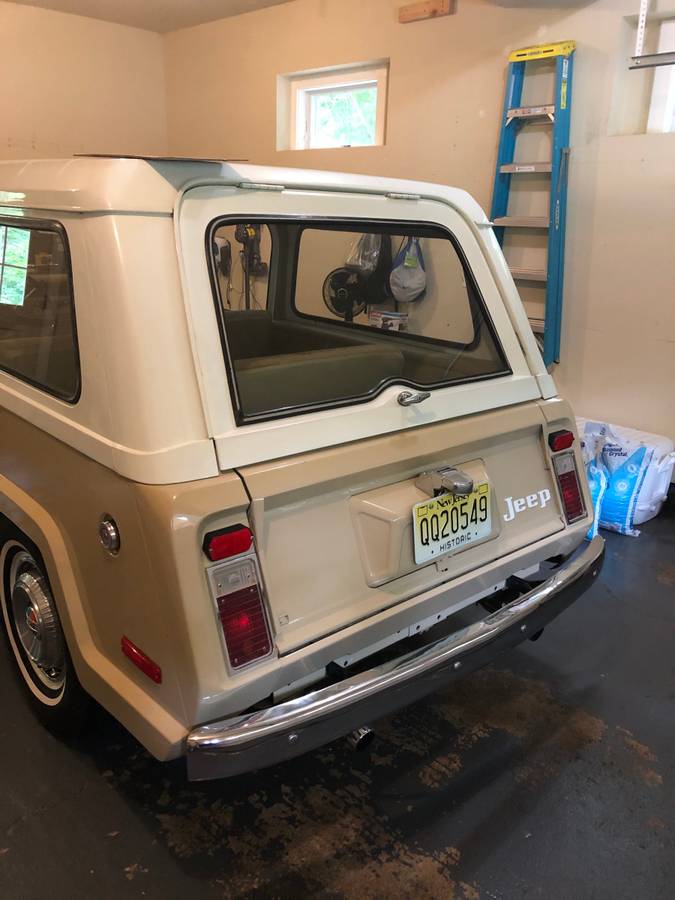 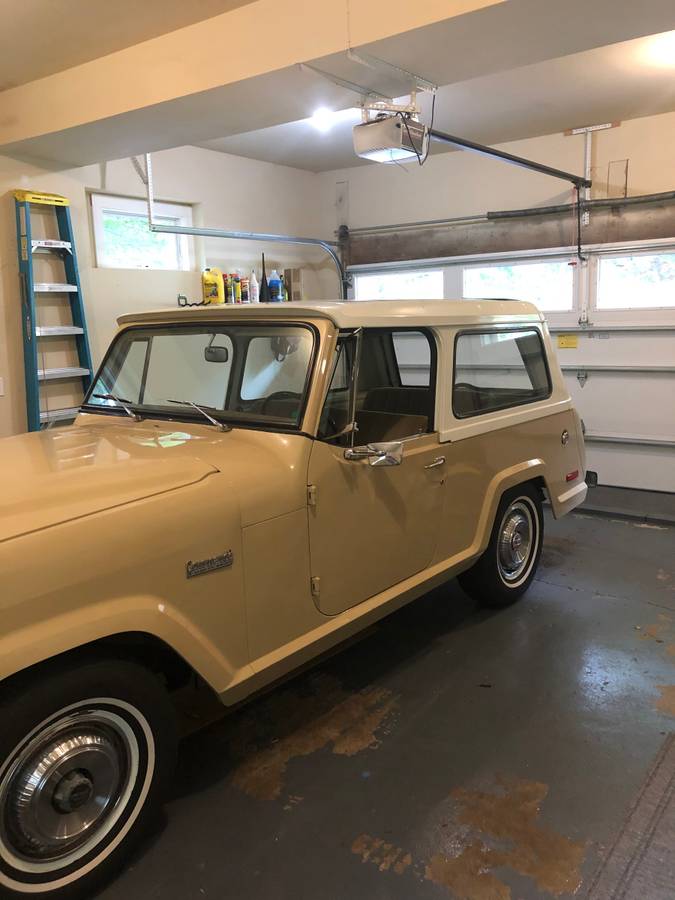 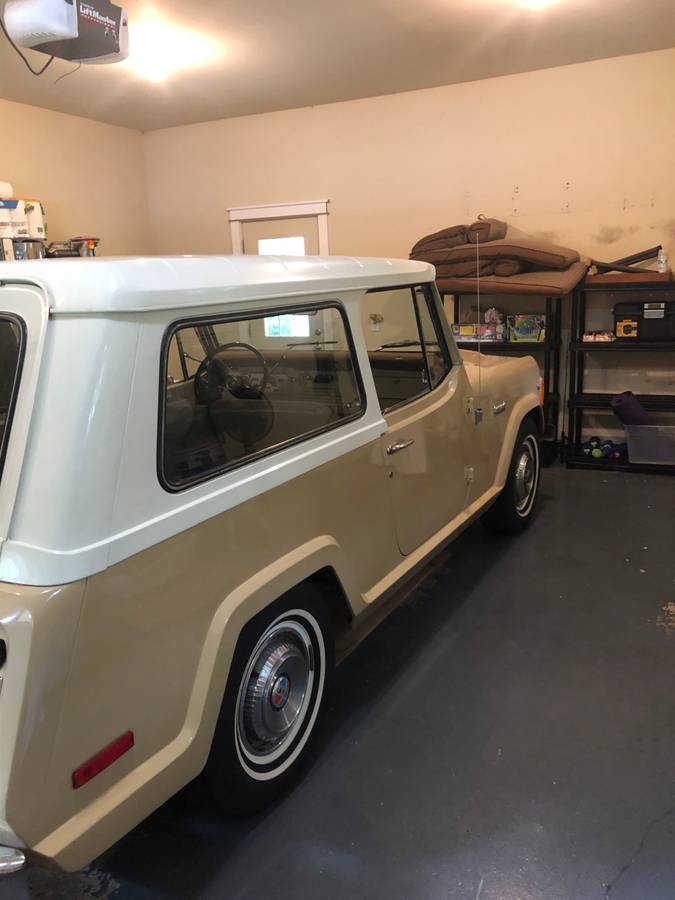 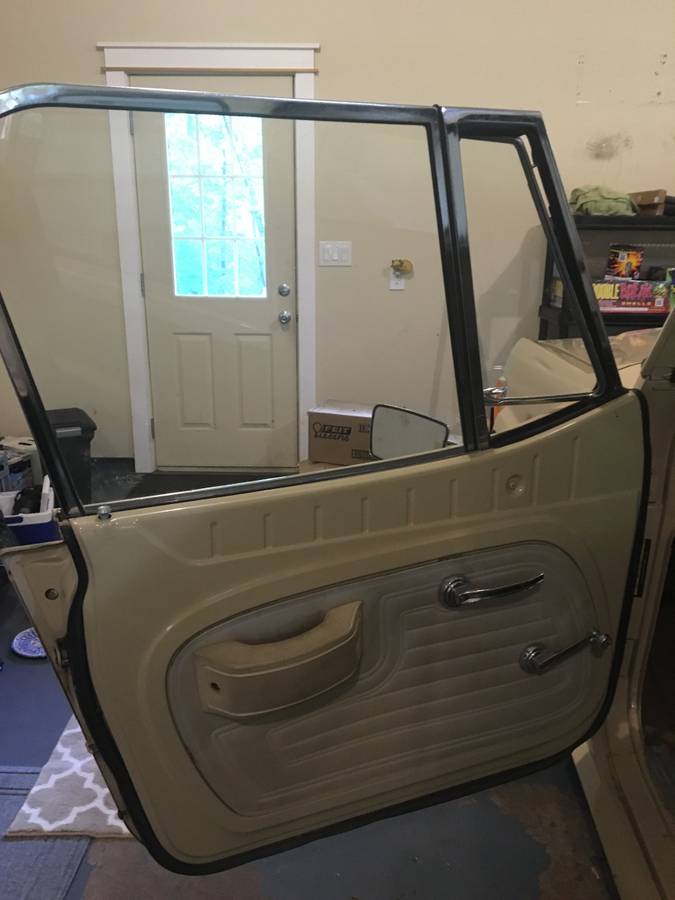 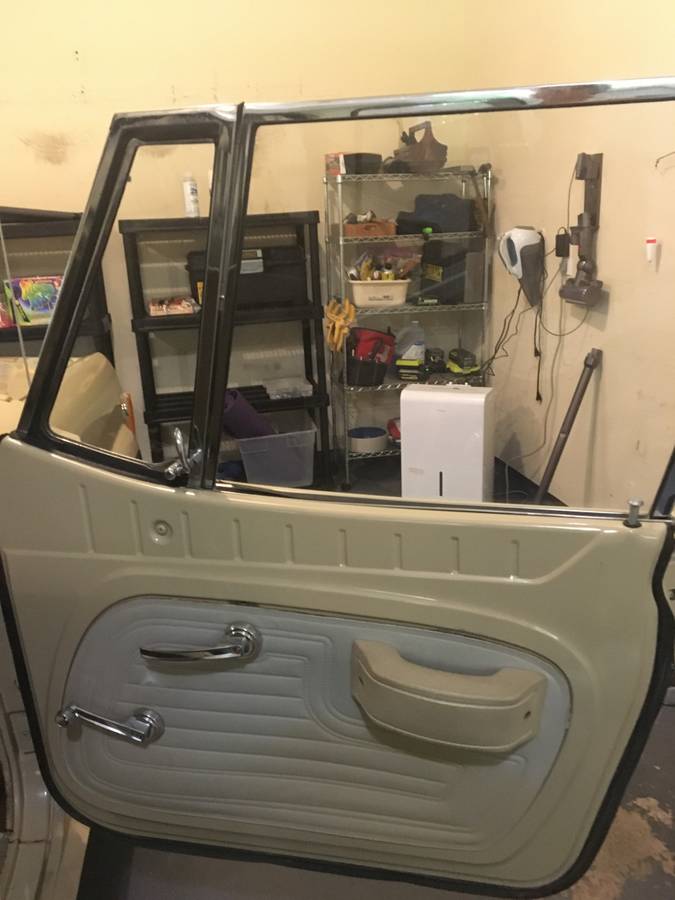 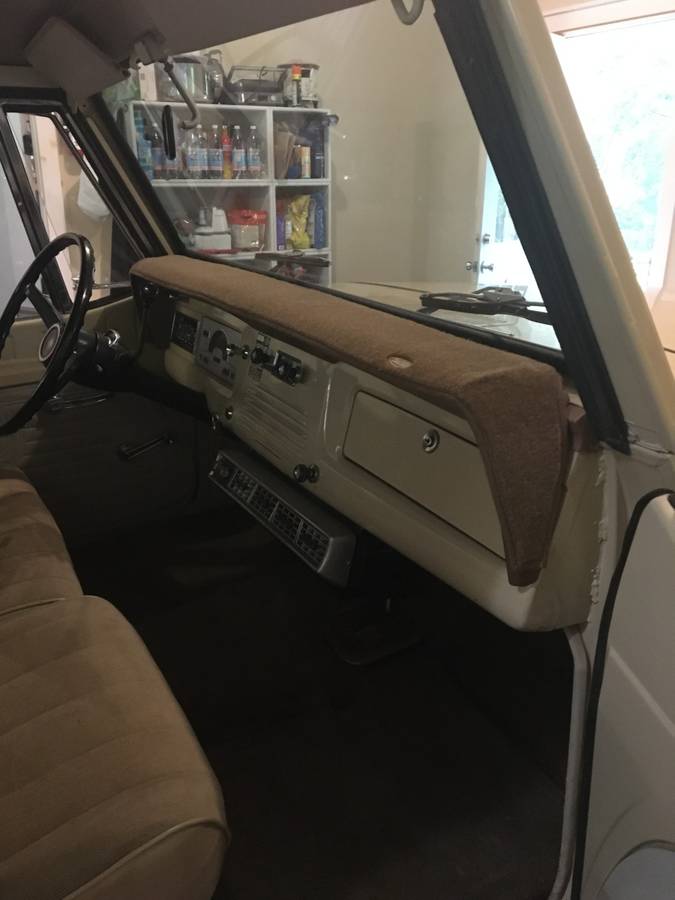 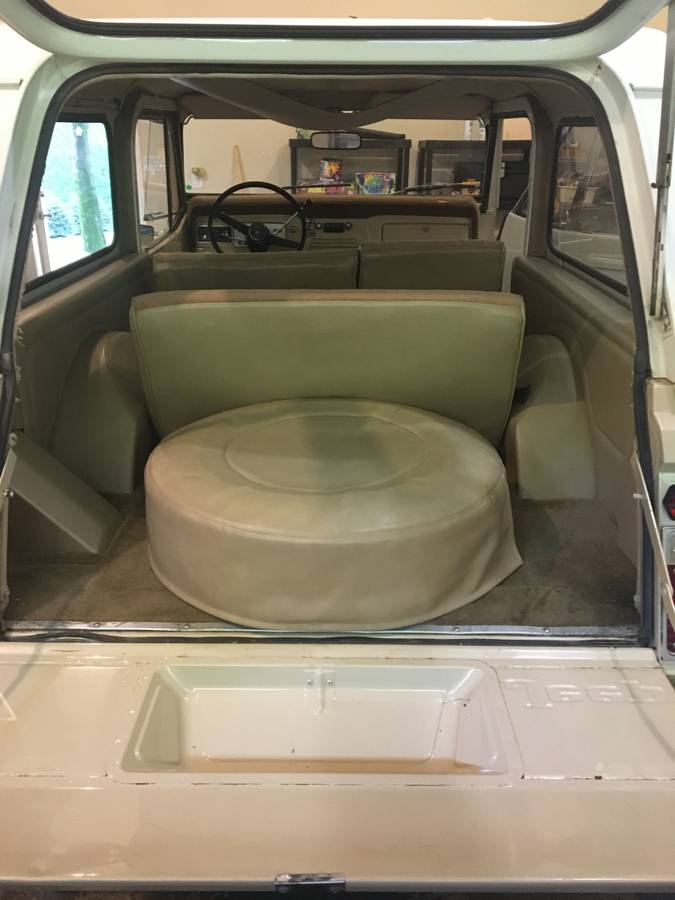 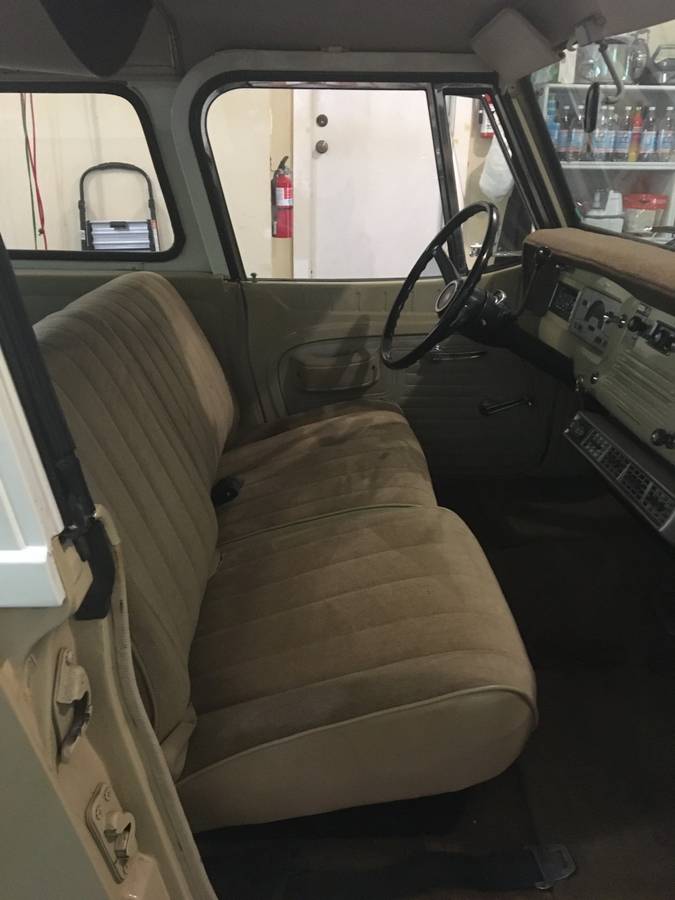 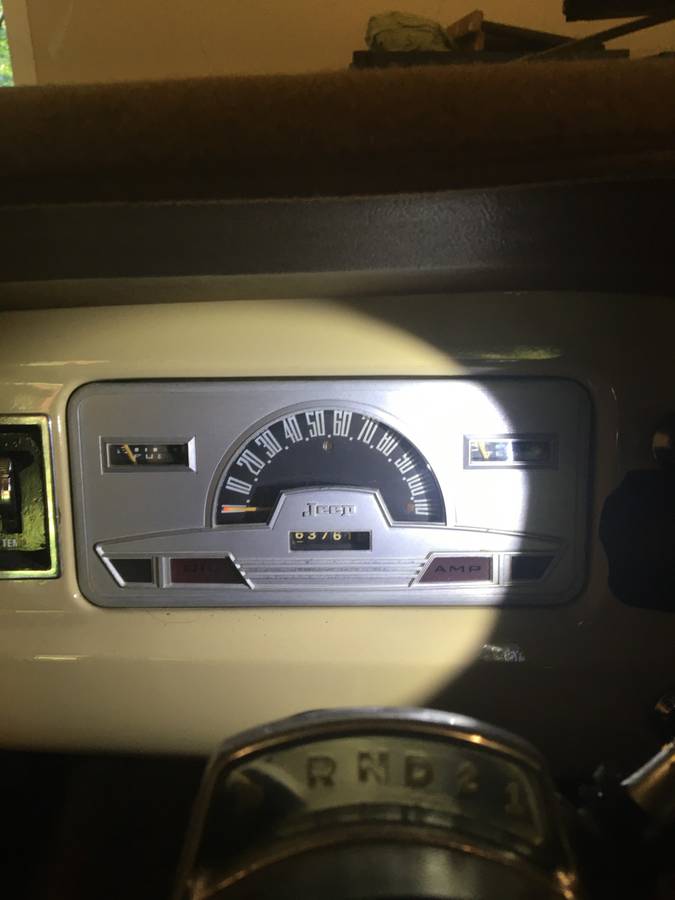 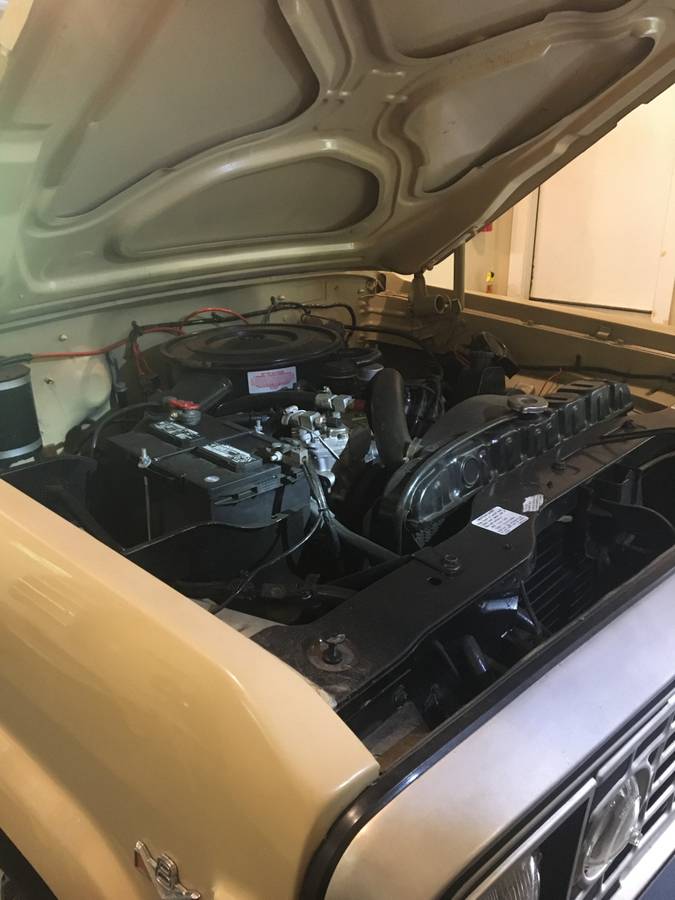 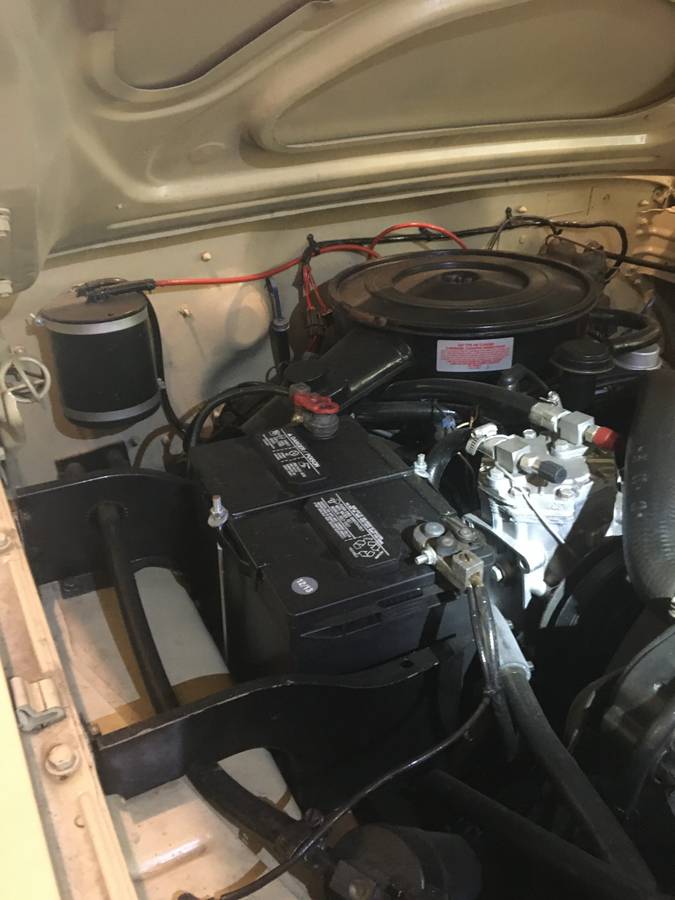 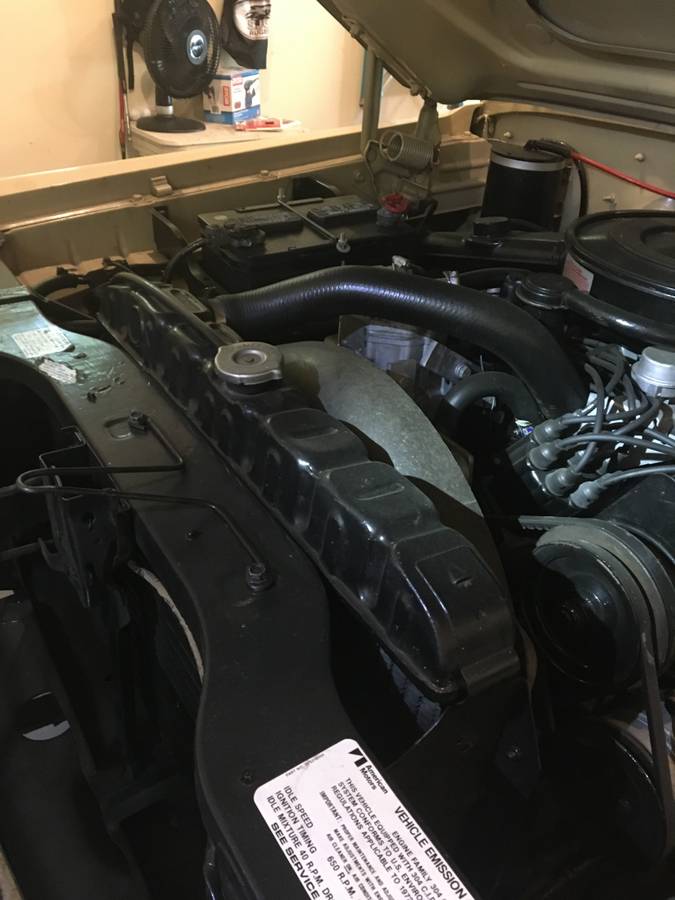 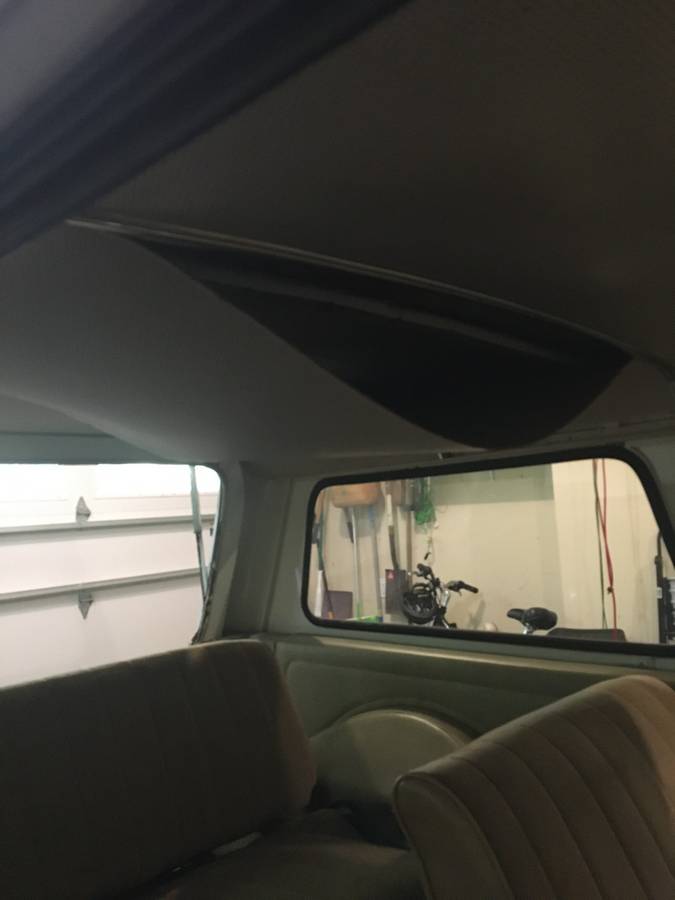 October 20th Update: We just confirmed the Craigslist ad for this car expired and with no replacement listing found, we’re assuming this car sold.  This one may have got away, but if you have your heart set on something similar, email us the details of what you’re looking for or call Rudy directly at (908)295-7330

September 15th Update – while updating our ever-growing database of cool classifinds, we noticed a fresh Craigslist Ad for this 1973 Jeep Commando we first featured in early August.  While the unflattering pictures of what appears to be a nicely restored example remain the same, the private seller reduced his price by $5,000 to an even $20,000.

While the IHC Scout and Ford Bronco usually get the lion’s share of credit as early two-door SUVs, Jeep’s Commando was right there competing with them.  This 1973 beige example currently listed in August 2020 on Craigslist in Holland, New Jersey with and automatic transmission and factory air conditioning is the nicest example we’ve come across to date, and the $25,000 asking price reflects that.  While Hagerty Insurance oddly still does not list prices for these SUVs, a check of the NADA Guides Classic Car Online Valuation Tool confirms this private seller has his Commando priced above the current “Low”, “Average”, and “High” retail value range of $5,700, $13,020, and $21,240, respectively.

Kaiser revived one of their most storied brand names when the company launched its new Jeepster Commando C101 as a 1967 model designed to compete with Ford’s Bronco and International Harvester’s Scout.  While a stylish design, Kaiser saddled these original versions with very dated F-head Hurricane inline-four and Dauntless V6 power.  Kaiser sold nearly sixty thousand Kaiser-spec “C101” Jeepster between 1966 and 1971.  Shortly after American Motors purchased Jeep, the company revised the Commando as the “C104” version for 1972. In addition to retiring the “Jeepster” name, the revised SUV received a “conventional” full-width grille (i.e. not the typical seven-slot Jeep version). The Commando now replied on more modern AMC engines: buyers had a choice of the 232 cubic inch or 258 cubic inch AMC Straight-sixes or the 304 cubic inch V8 the example featured here has under the hood. A total of 20,223 AMC-spec “C104” Jeep Commandos were made in 1972 and 1973 before the company replaced it with its very successful Cherokee line.

The poor pictures (another example of why you need to take the time to photograph your car outside of your garage!) and limited description have us convinced this Commando will look much better in person in the daylight during your in-person inspection.  The only off thing we notice is what appears to be a sagging headliner in the removable hardtop.  This is a fun and well-optioned alternative to the wickedly over-priced Broncos and Scouts currently flooding the collector car market.  Good luck with the purchase!