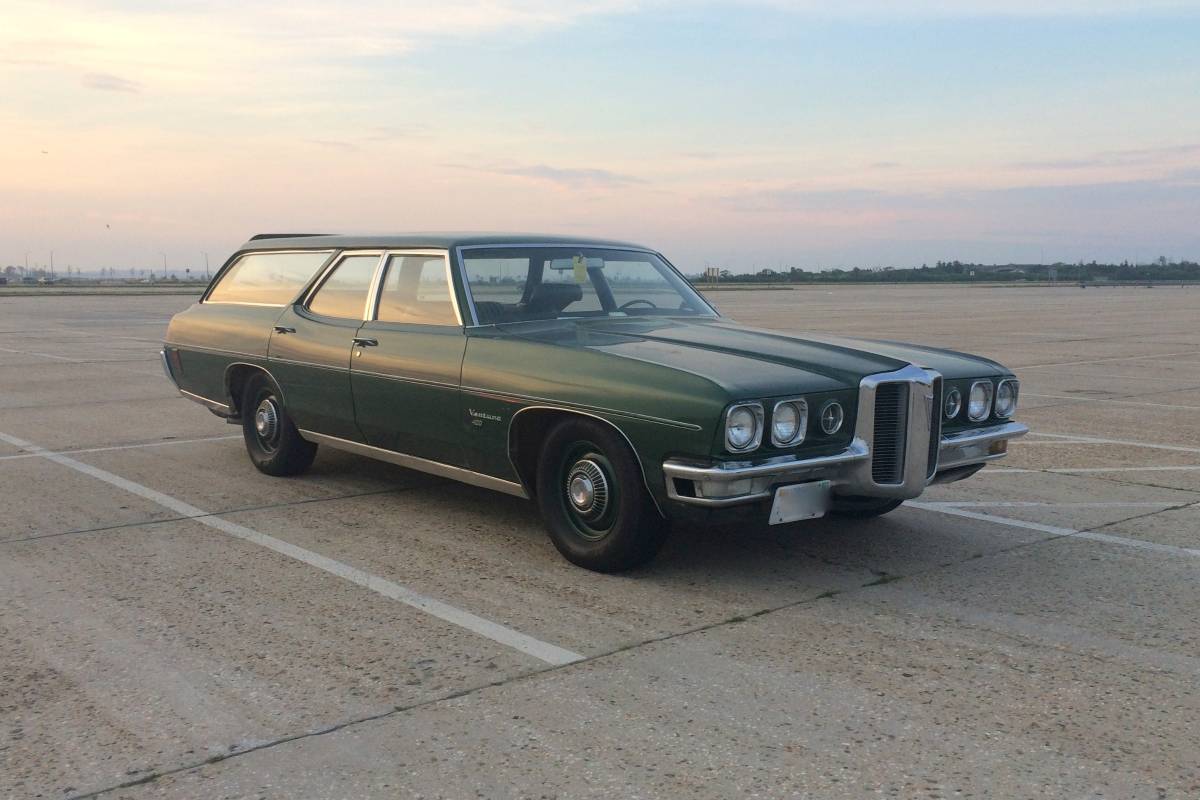 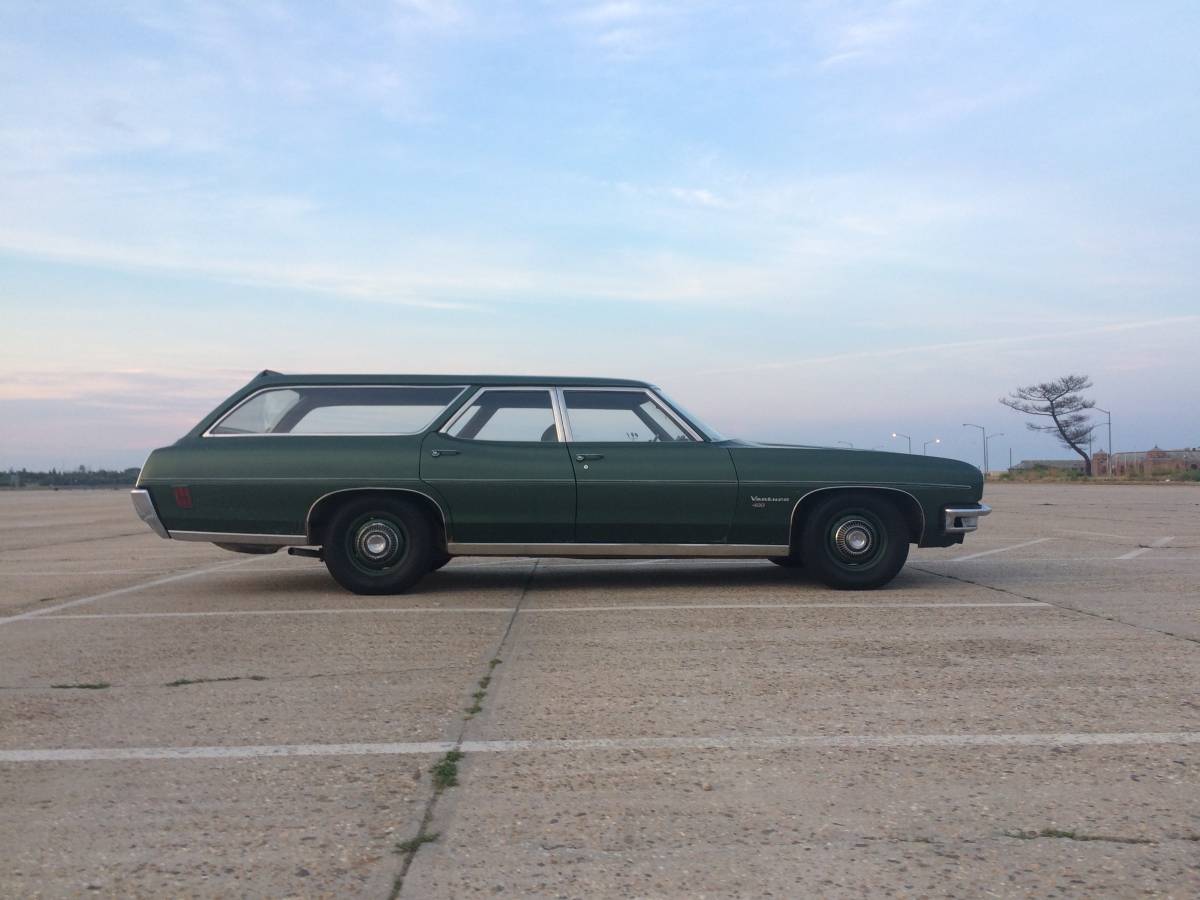 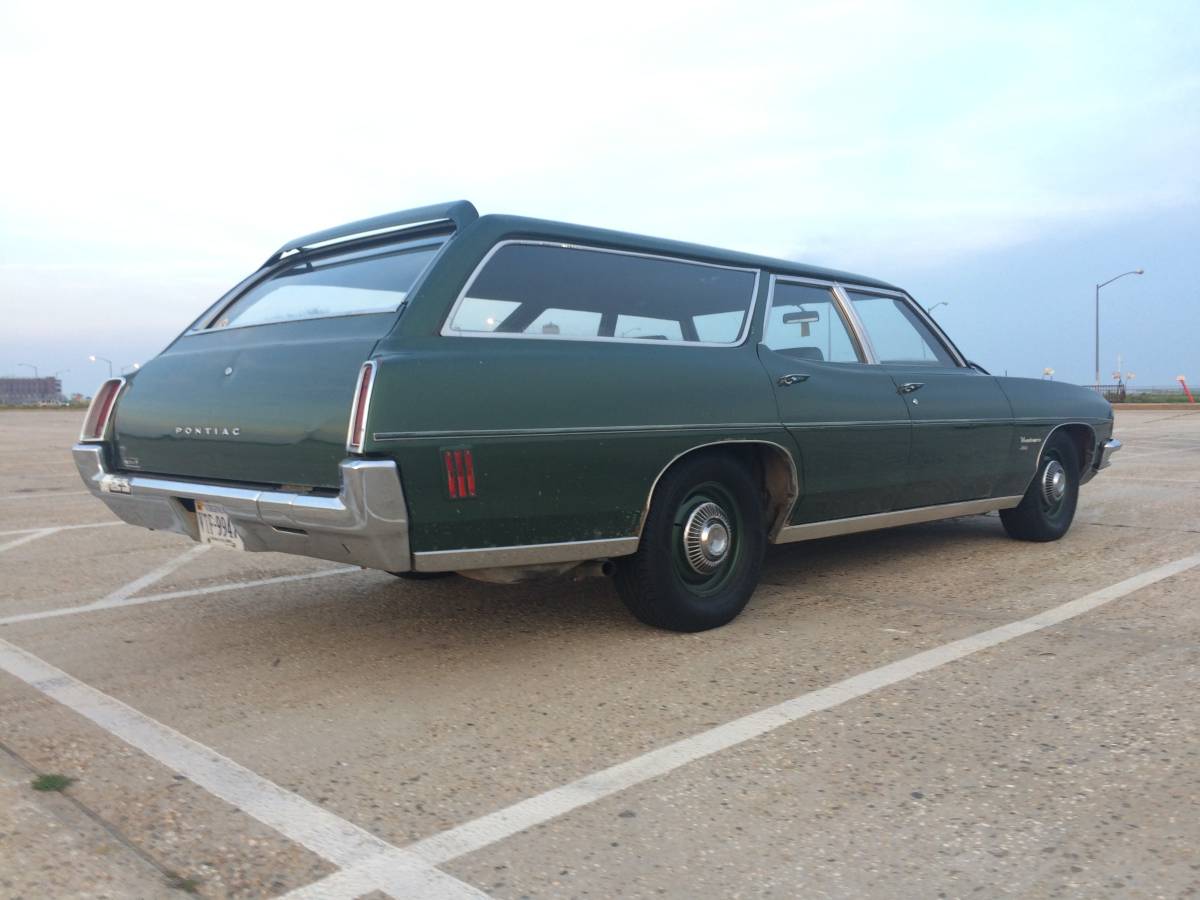 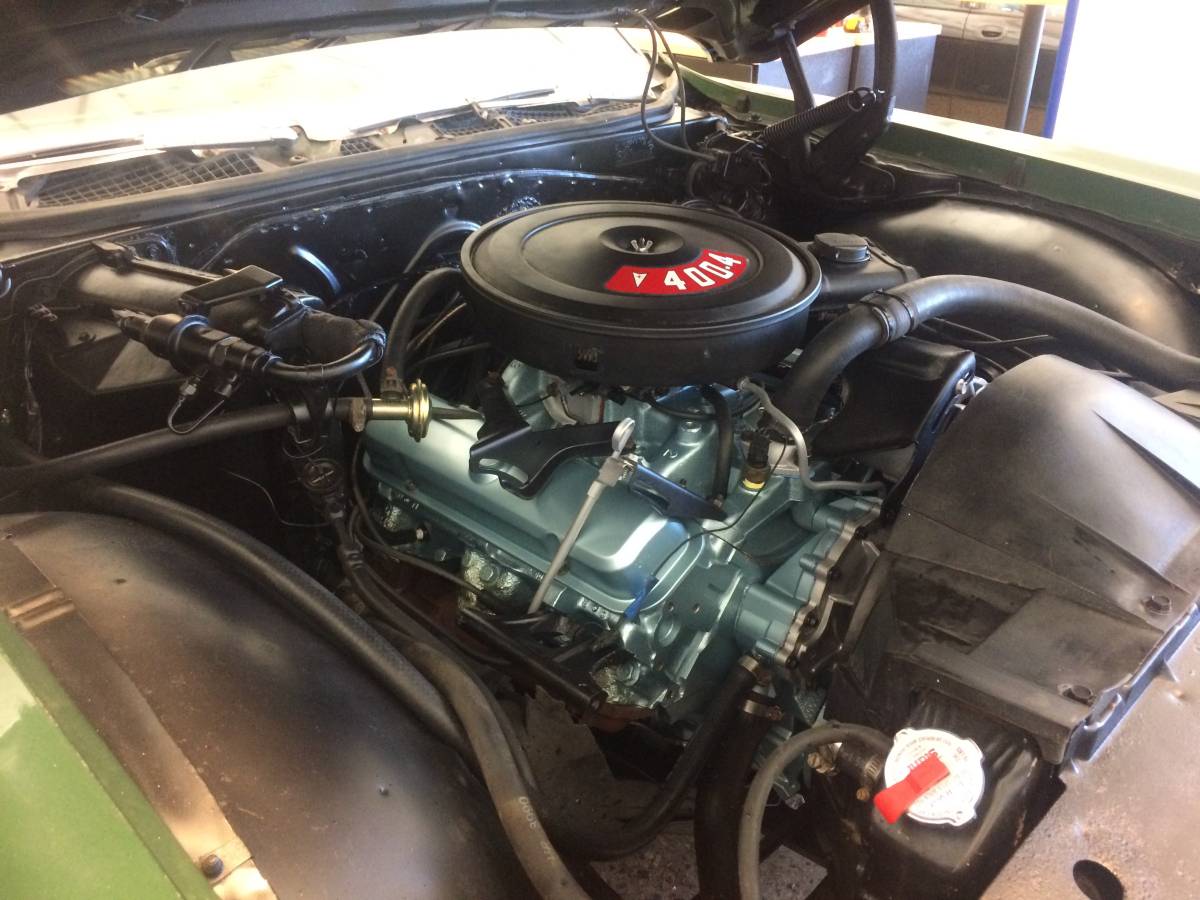 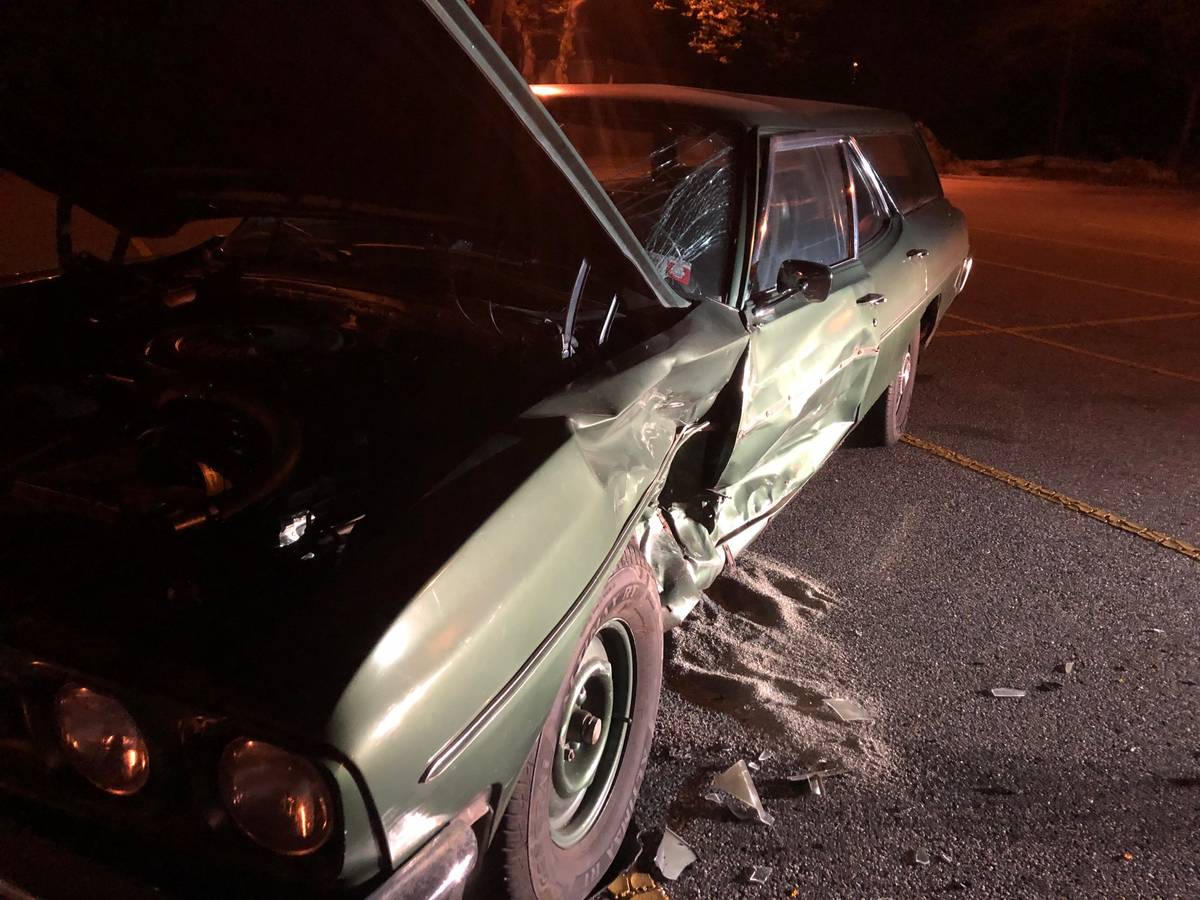 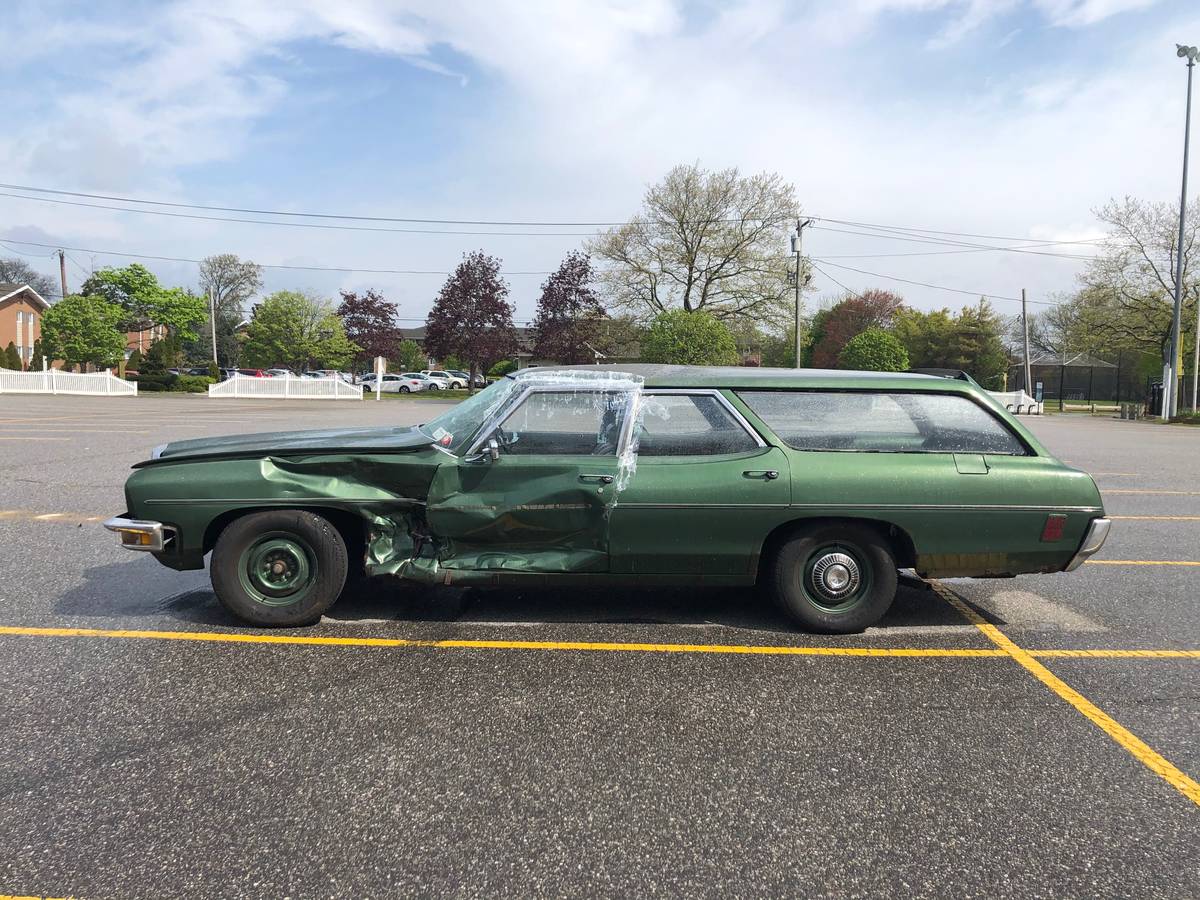 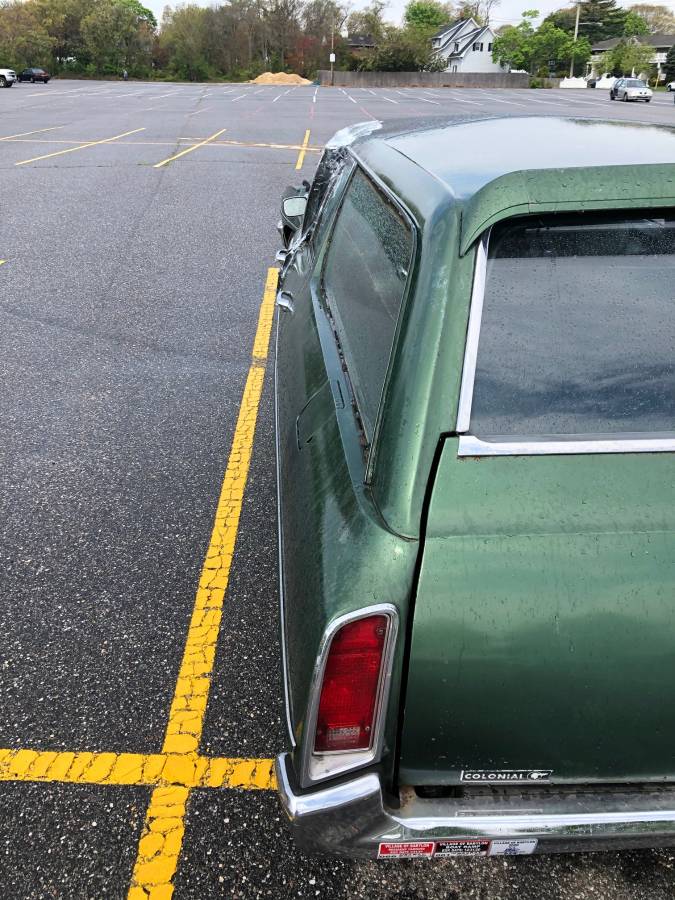 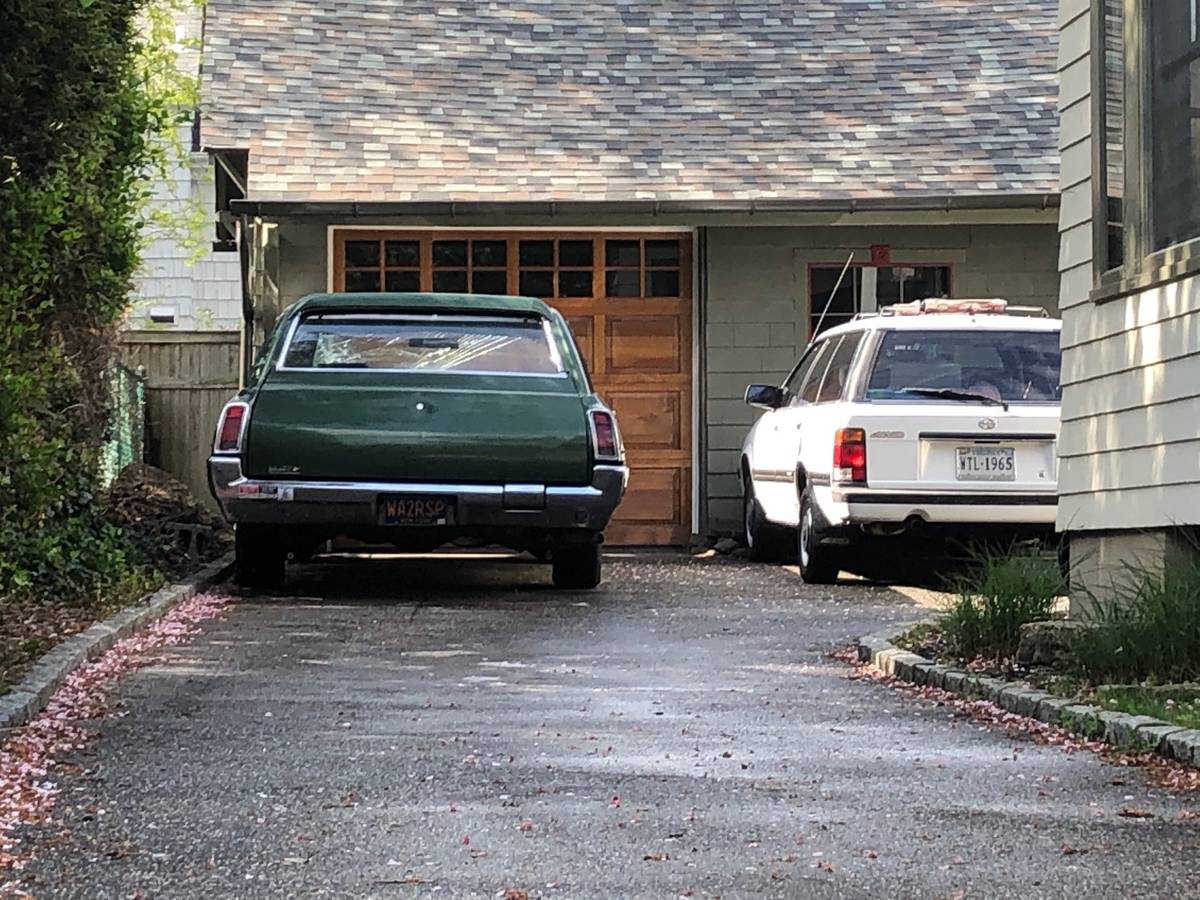 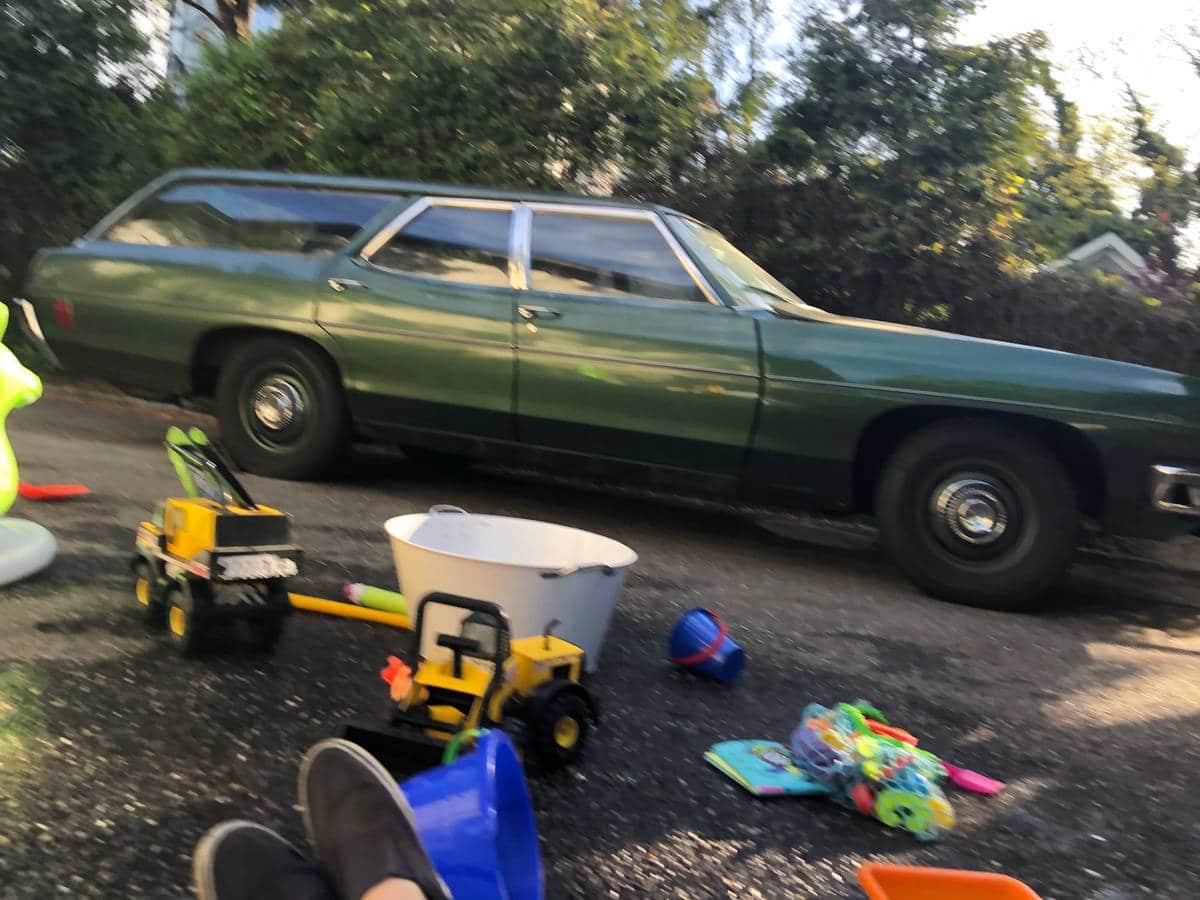 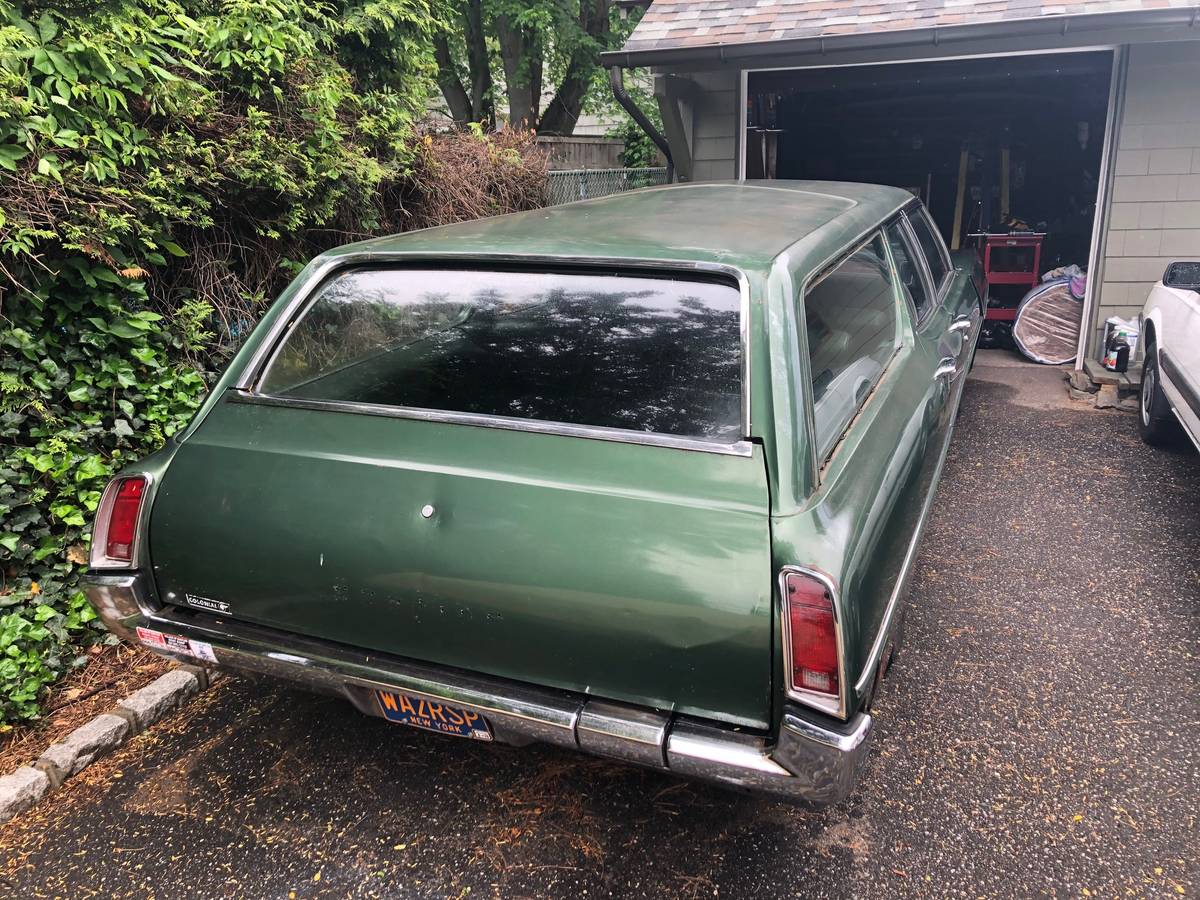 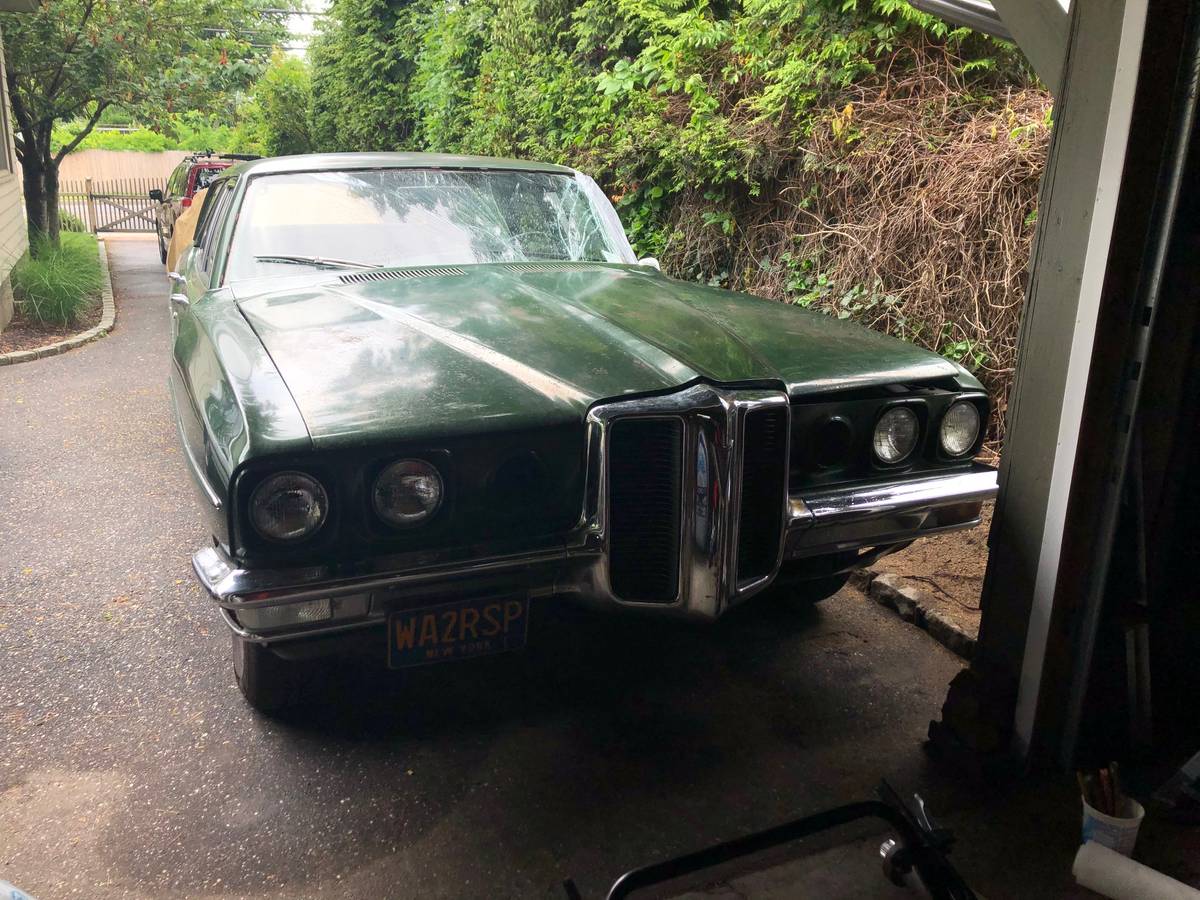 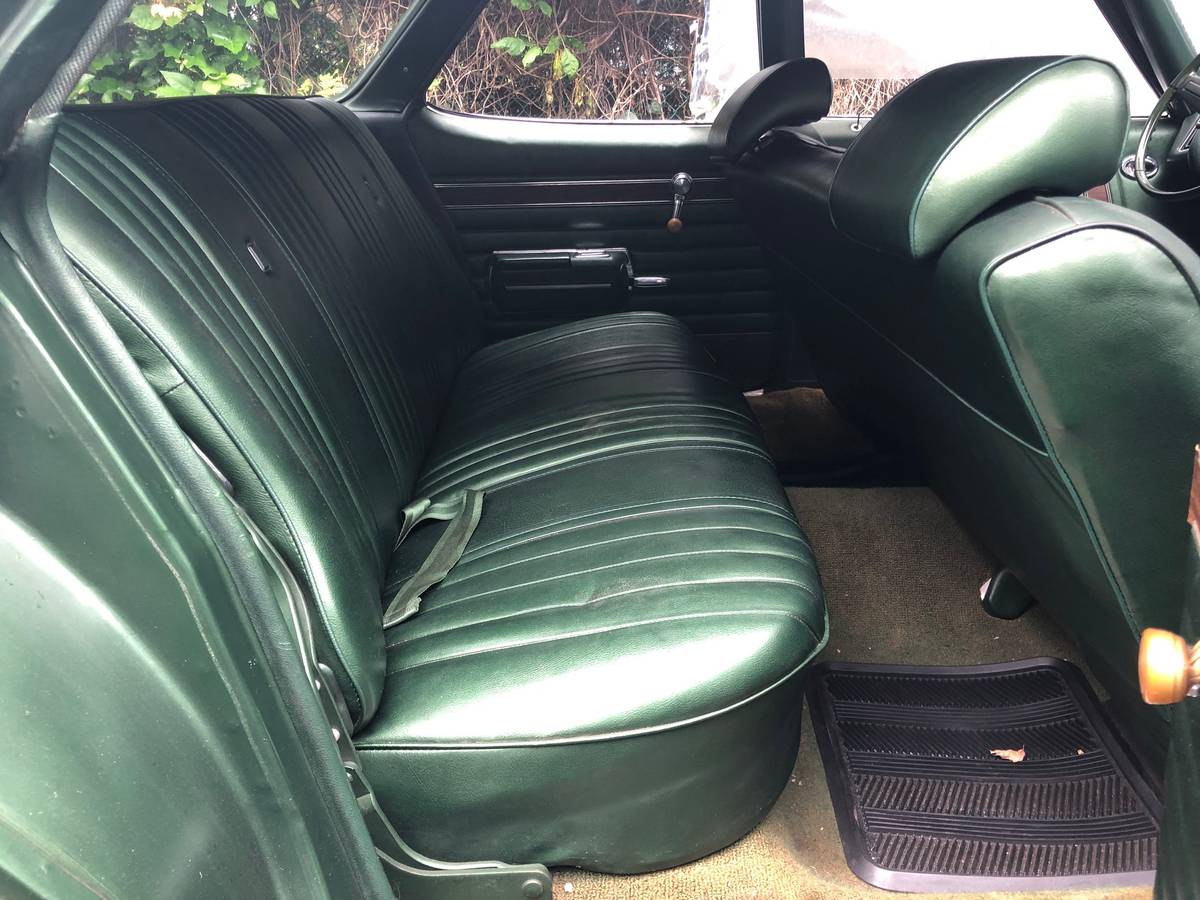 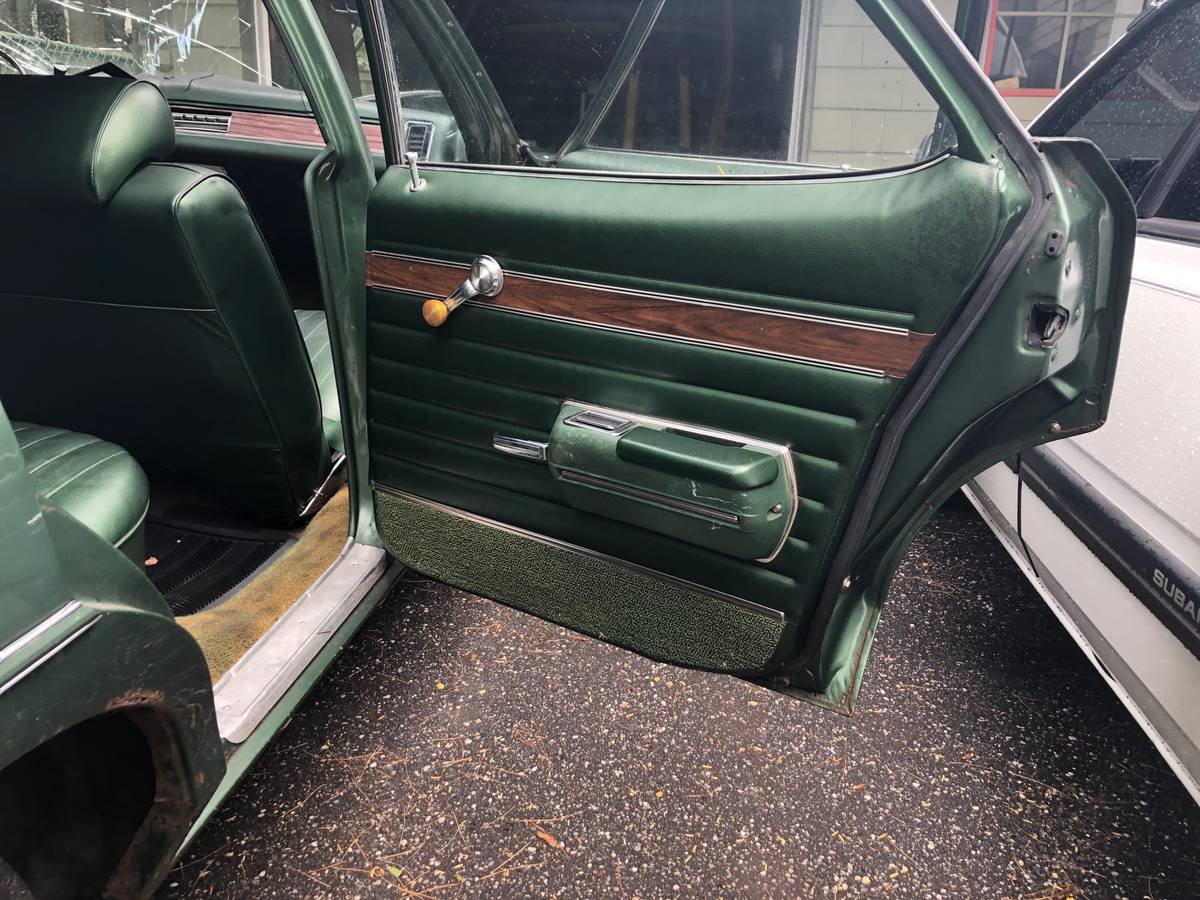 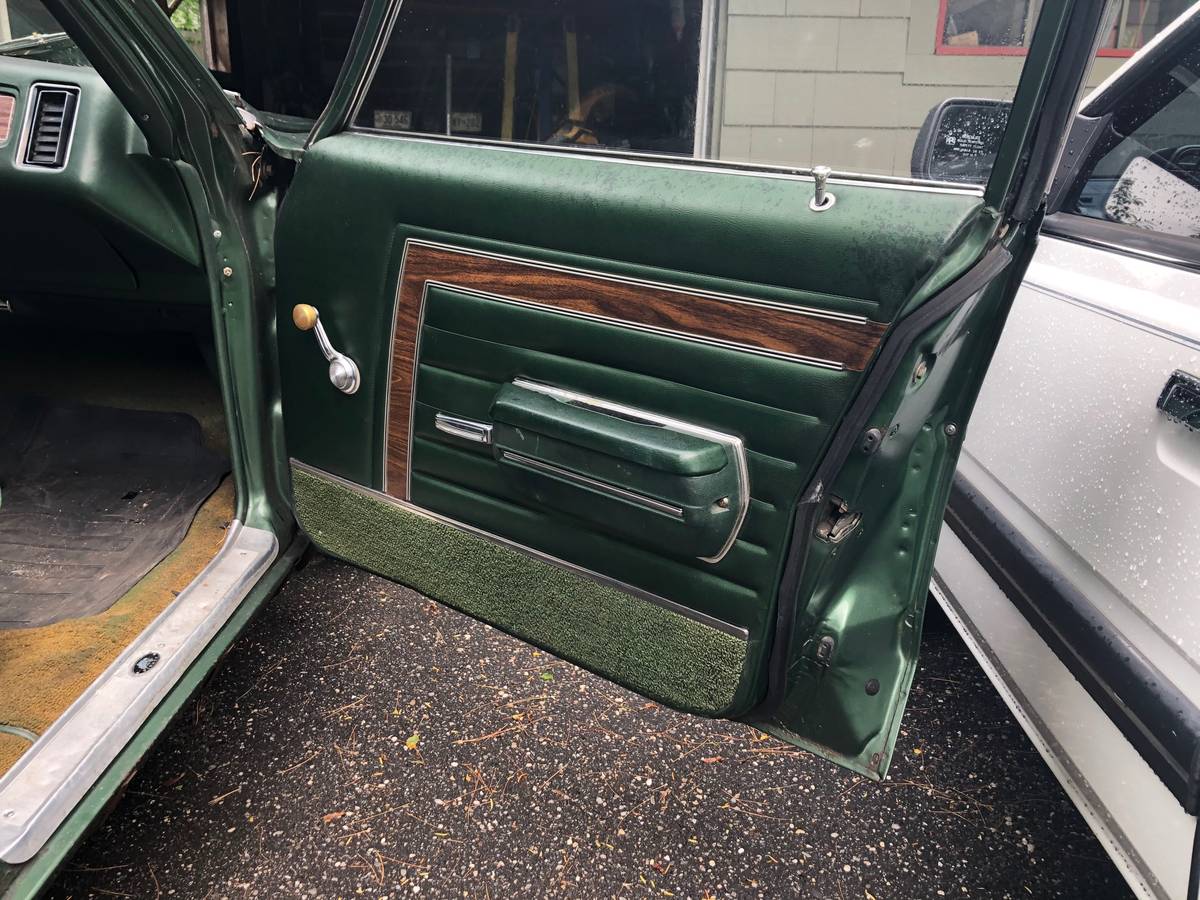 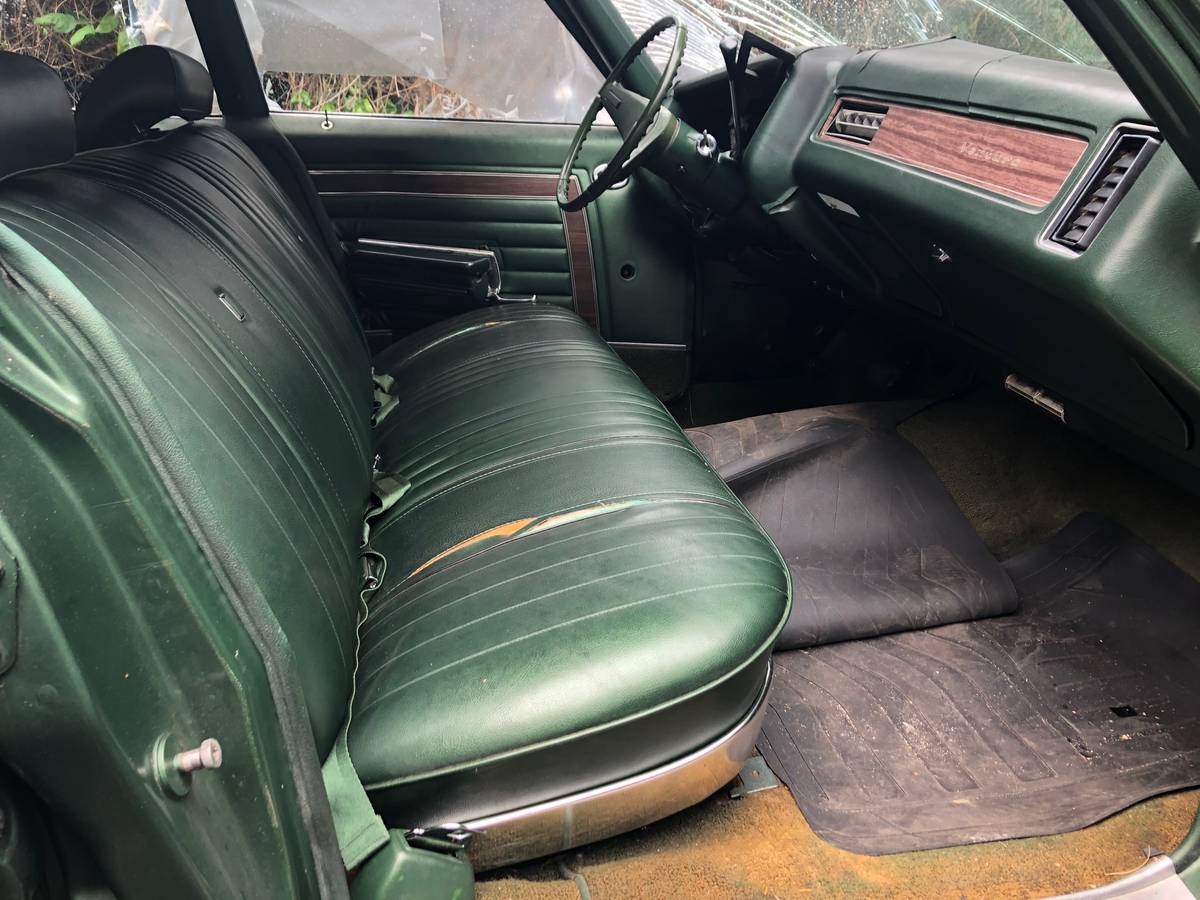 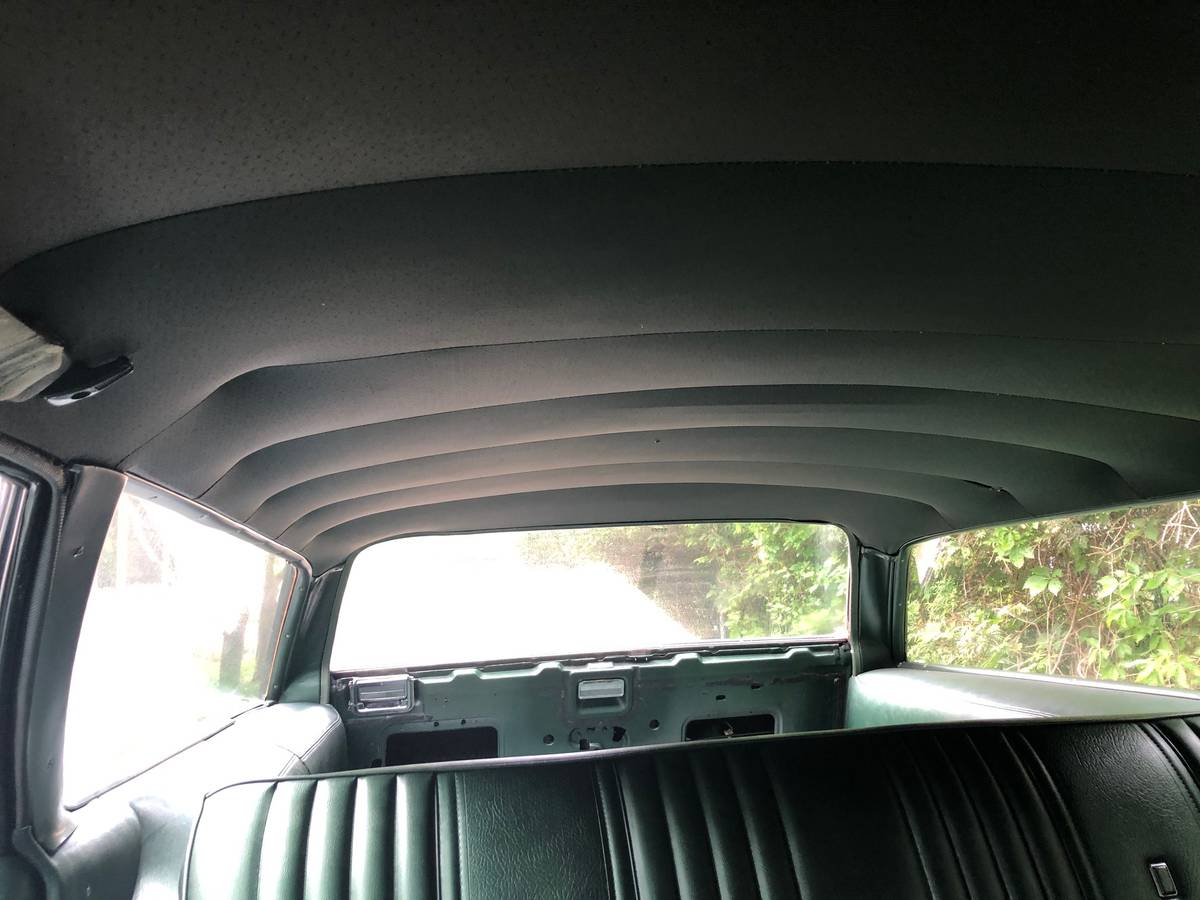 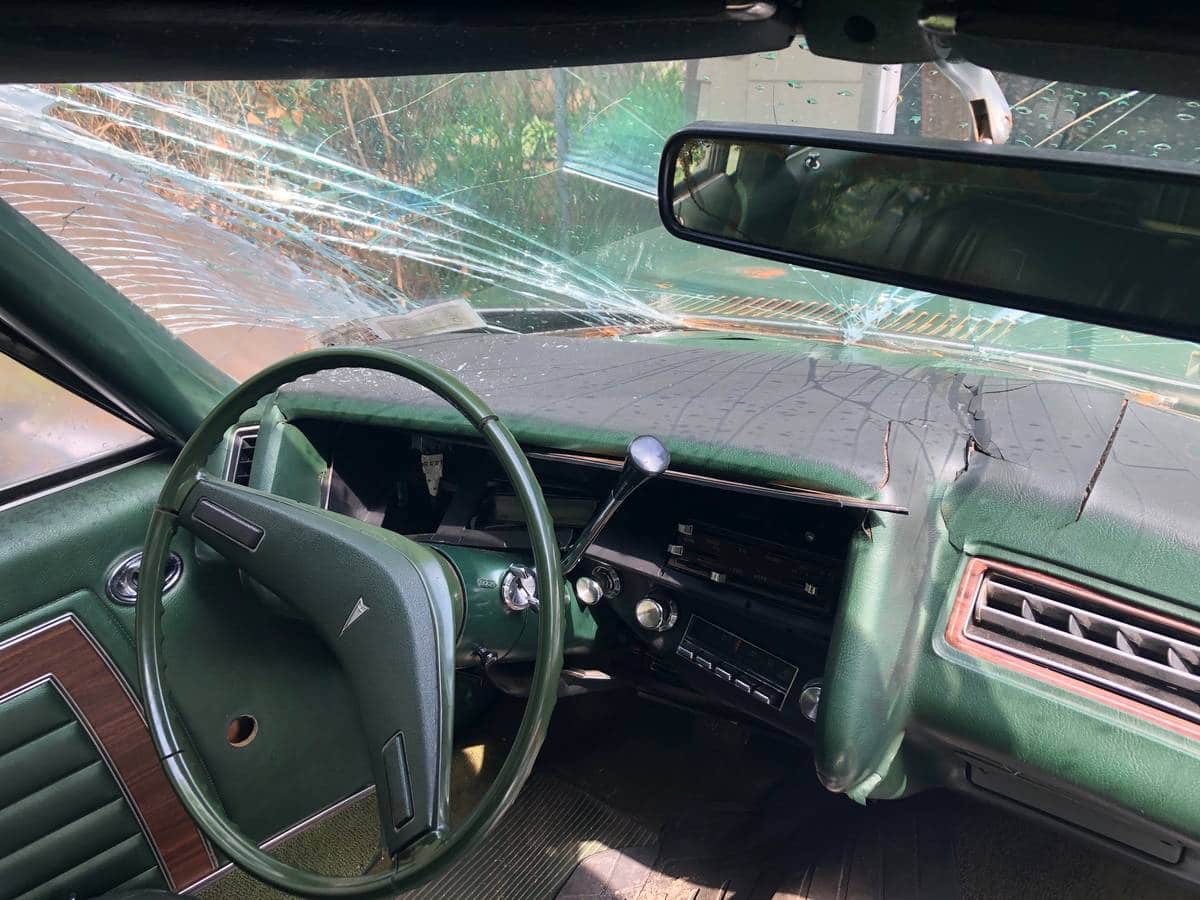 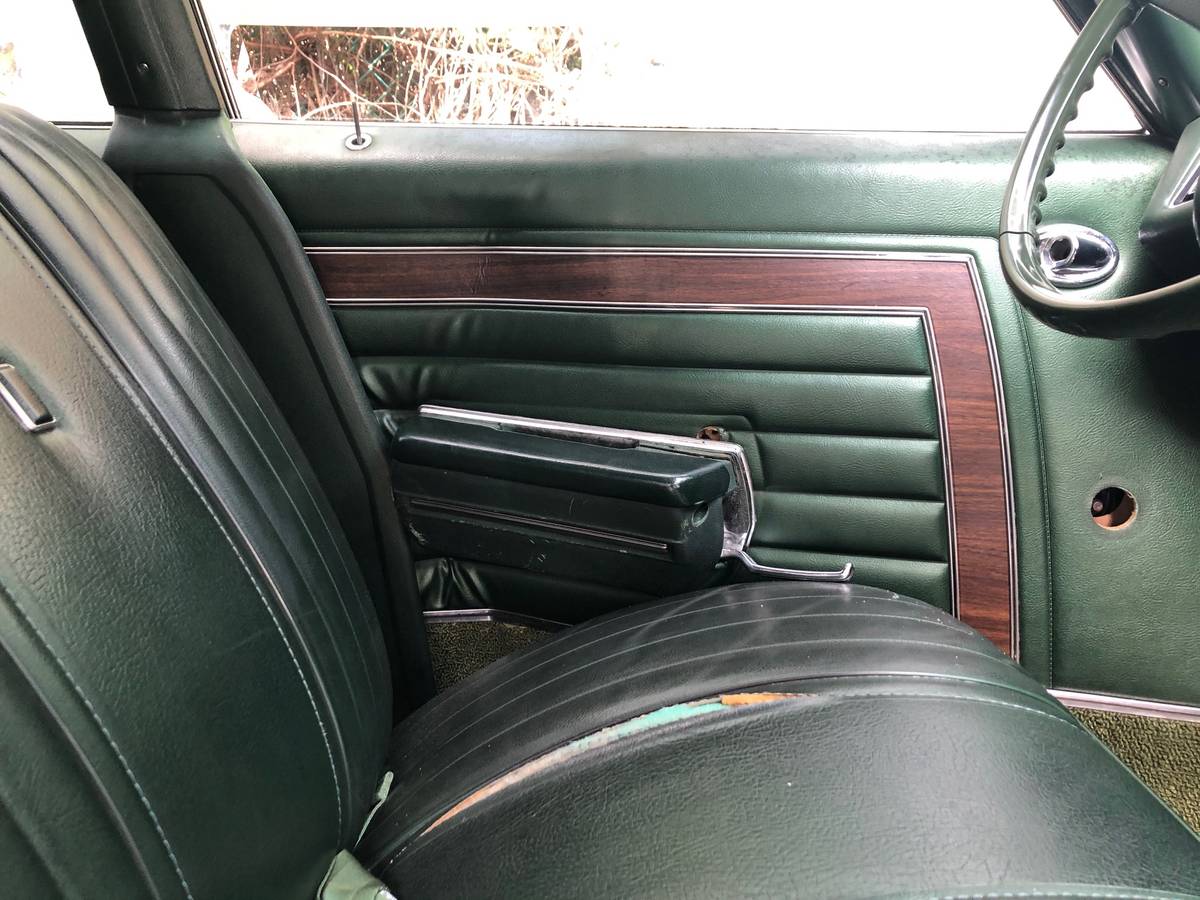 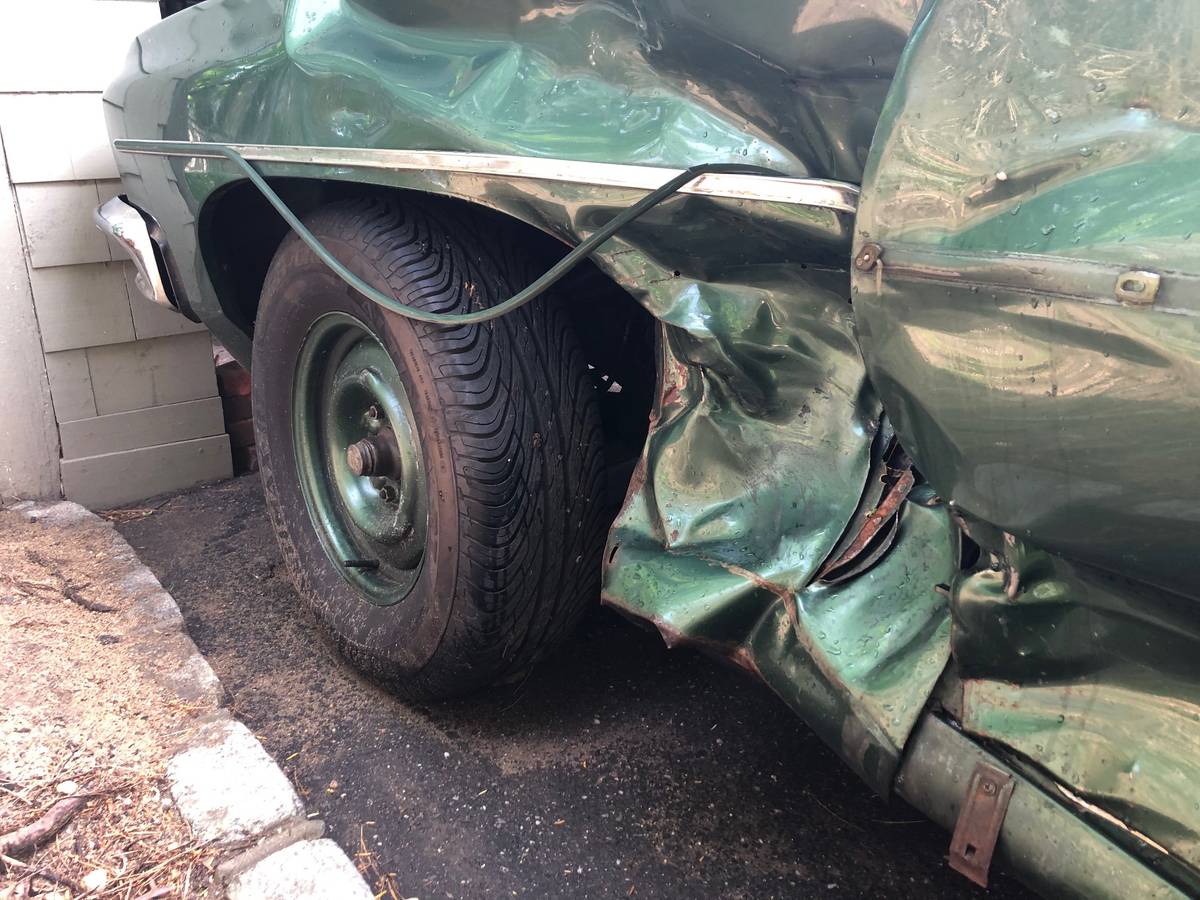 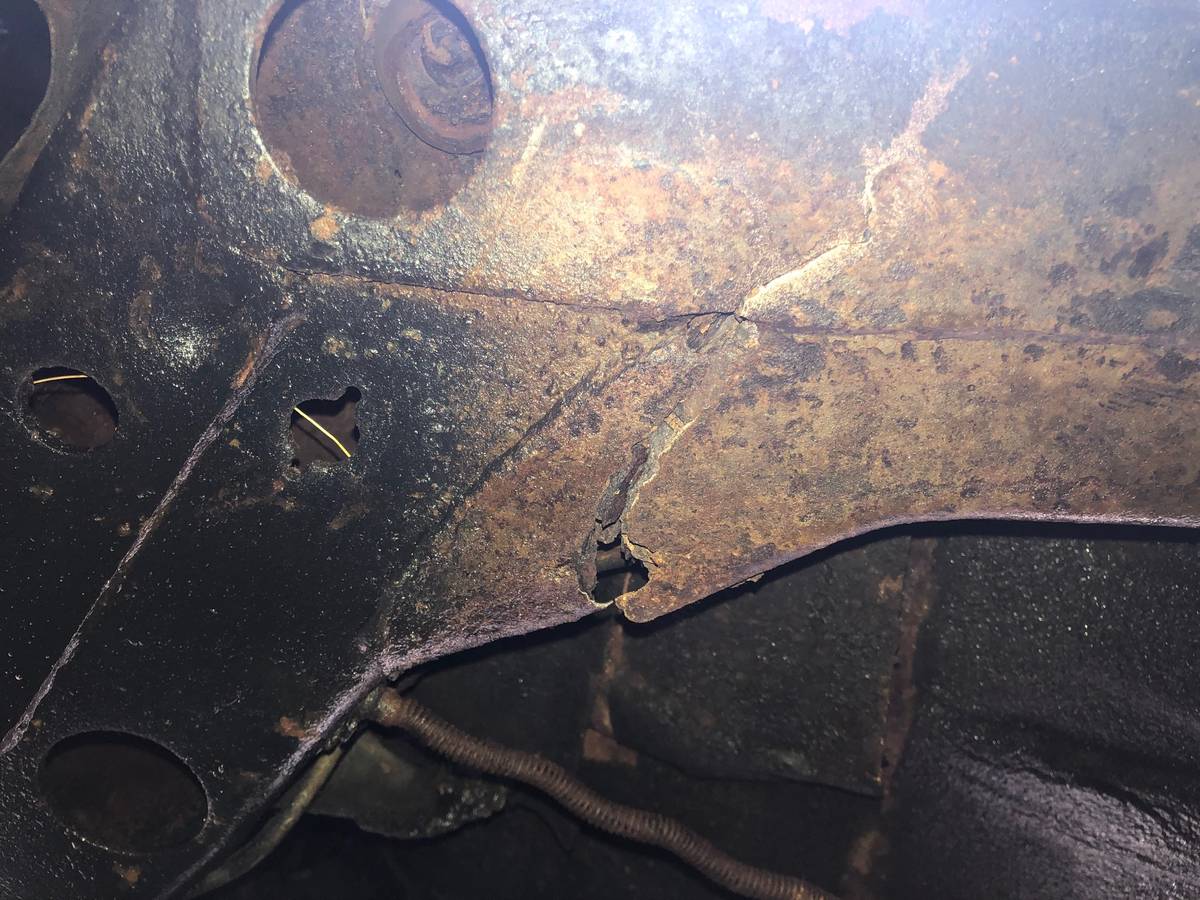 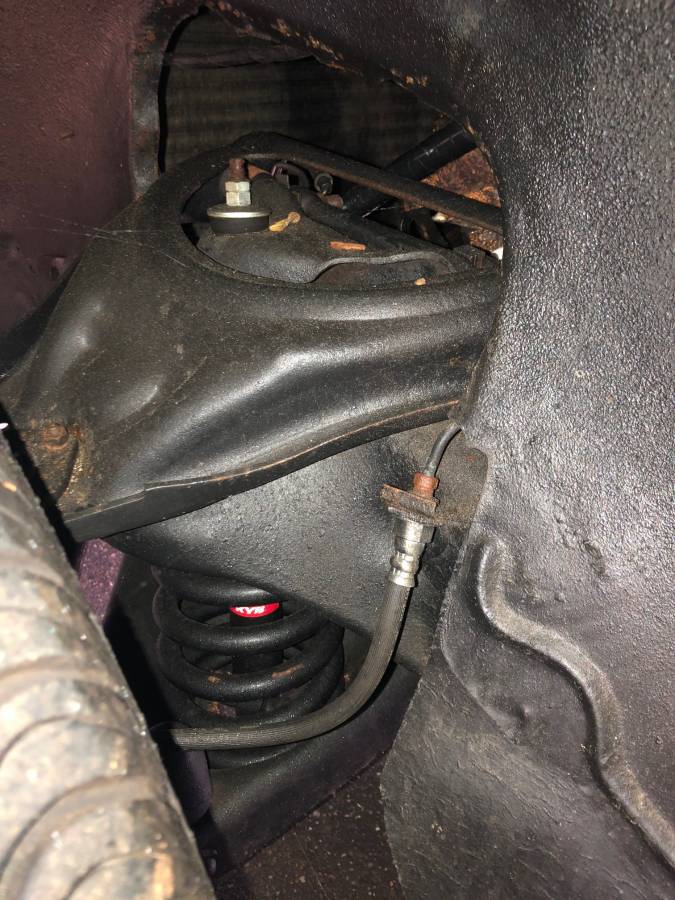 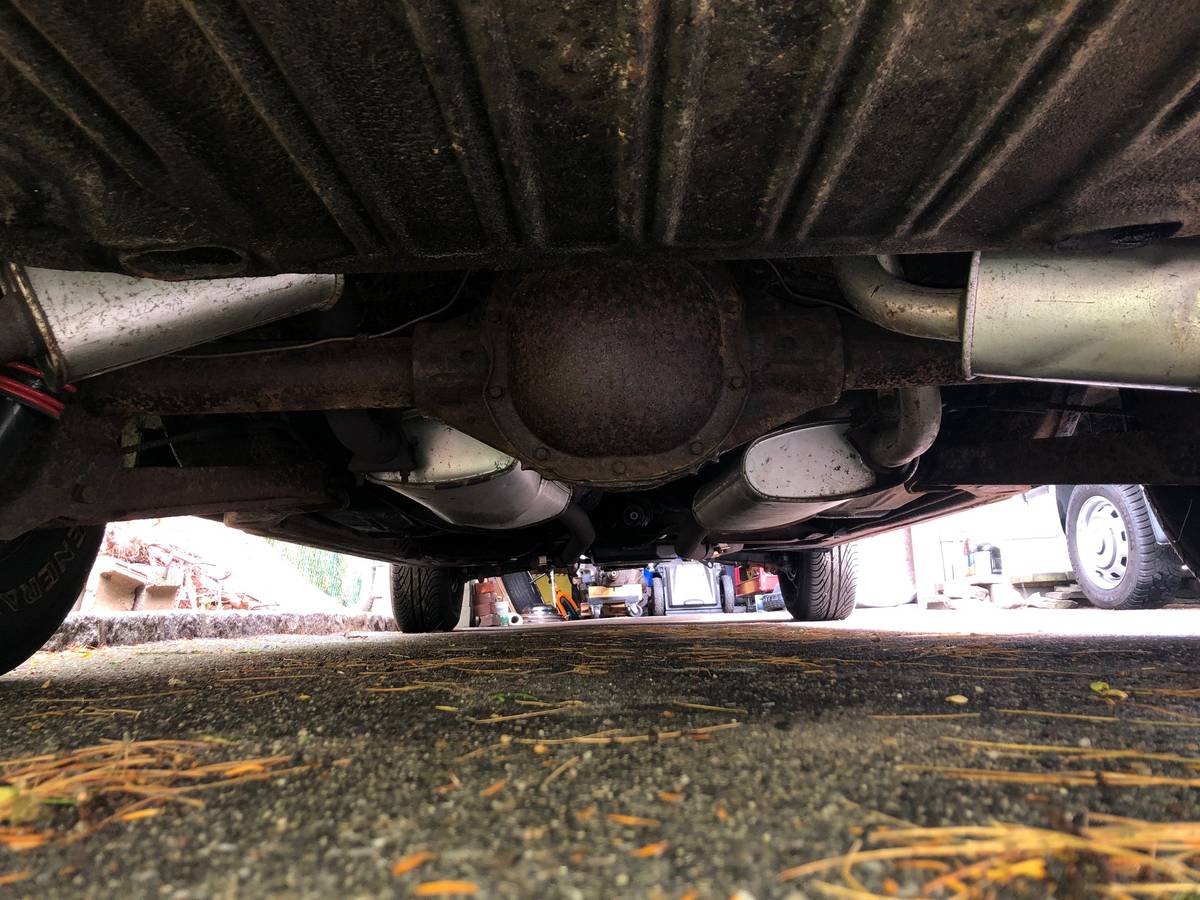 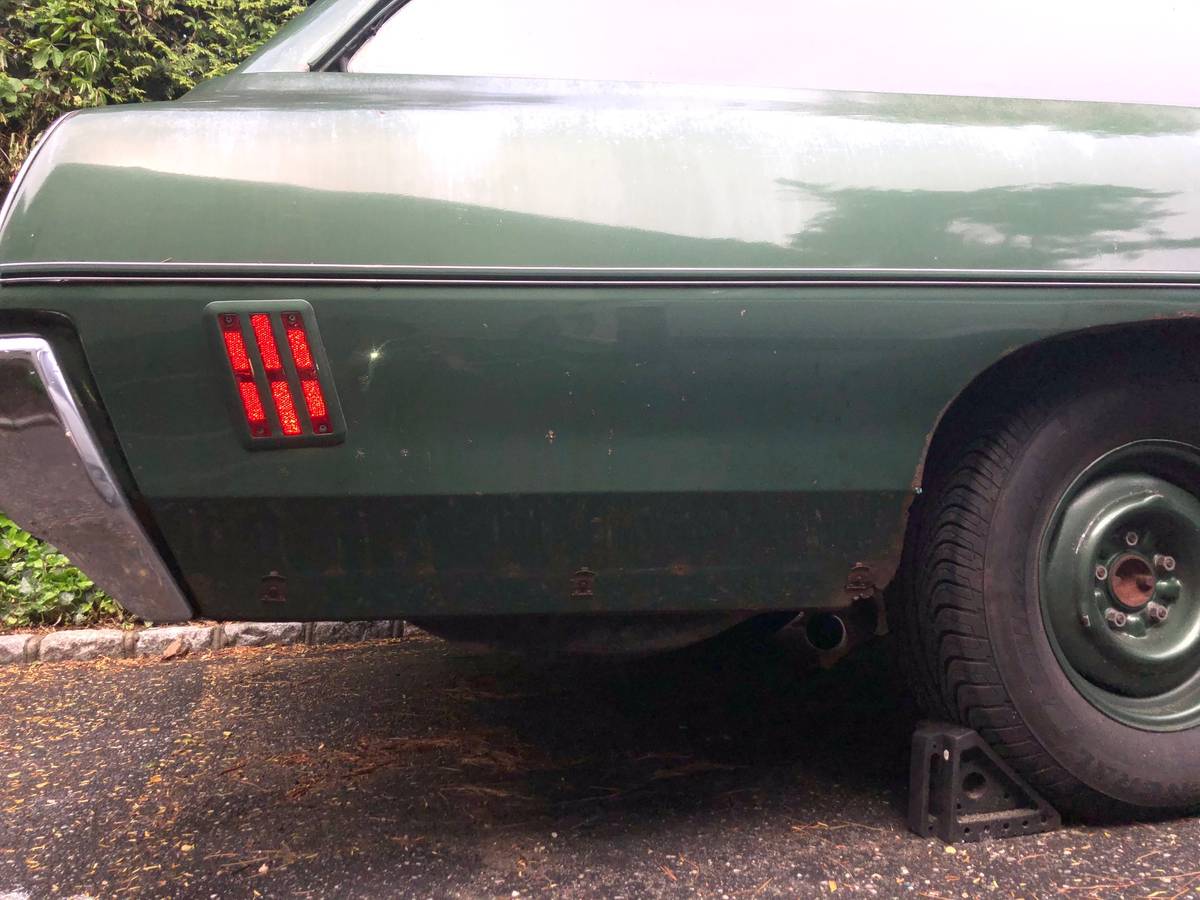 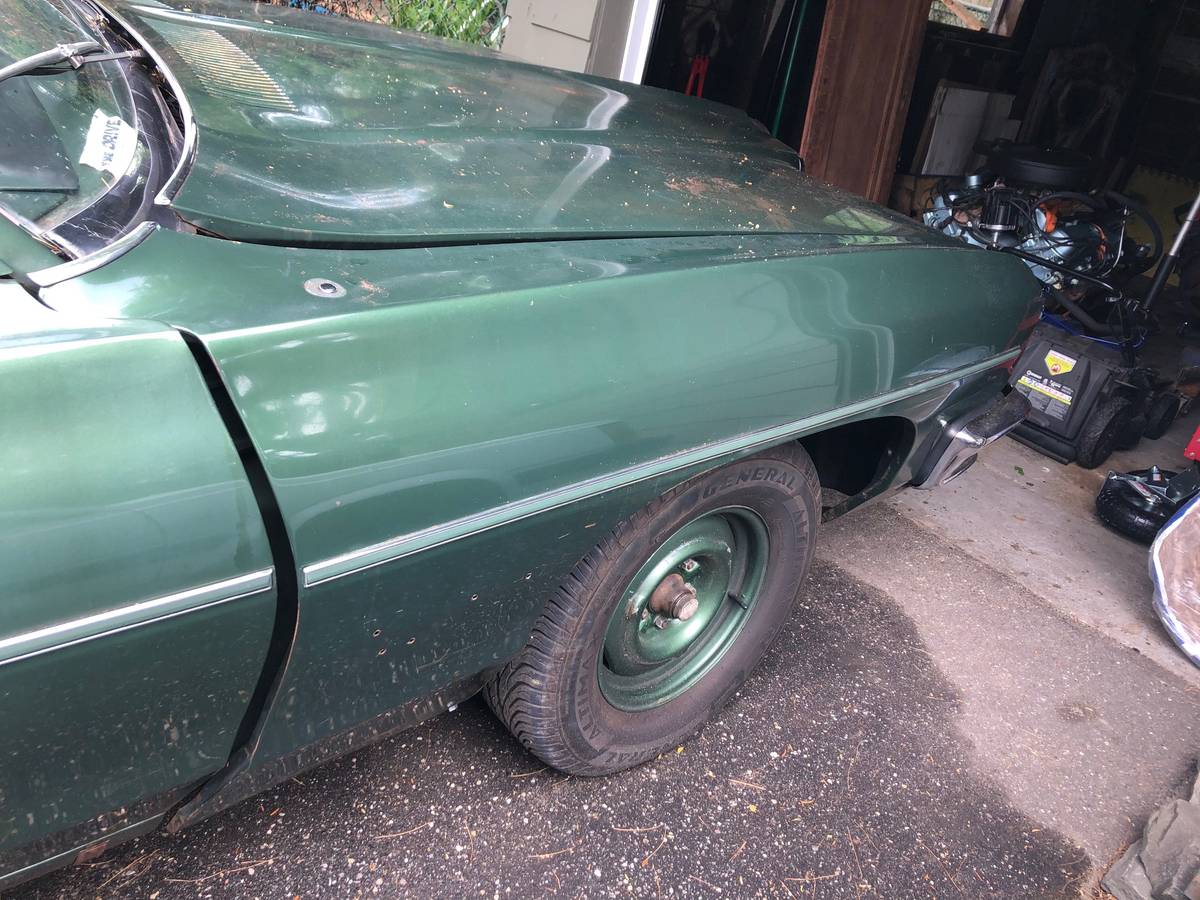 August 25th Update – While updating our listings for Wagon Wednesday, we confirmed the Craigslist post used for this feature expired, so we’re calling this Catalina project “Sold!”

One of the biggest fears of owning a collector car is having someone crash into your classic.  Unfortunately, that’s what happened to this rare three-on-the-tree, 400 cubic inch V8 powered, 1970 Pontiac Catalina station wagon listed on Craigslist in Babylon, New York (Long Island) where the current caretaker is selling the car as a “roller” (i.e no engine or transmission) for $1,600.   For reference, the Hagerty Insurance Online Valuation Tool lists their “Low”, Average”, and “High” retail value range for these cars in road-ready condition as $13,320, $19,920, and $31,200, respectively.

With an interesting mix of factory options including factory air conditioning combined with the three-speed manual transmission, this car once made an interesting restoration project.  Unfortunately, the severe port side hit by a drunk driver combined with the seller’s questionable decision to remove the power train have us thinking this Catalina may now be a great candidate for a killer LS-swapped sleeper restomod.  What would you do with this diamond in the rough?  Good luck with the purchase!

“Pontiac Catalina wagon, FOR PARTS OR REBUILD. REASONABLE offers will be considered.

3-speed manual column shift, factory a/c, power seat, manual windows and locks, AM radio, power rear window that still works. RARE. One of only 113 built that year with the column shift 3-speed. Everything is original but the engine. Unfortunately, it was wrecked last month when a drunk driver hit it (don’t worry, it was parked and no one was hurt). (Originally 400-2V)

ENGINE AND TRANSMISSION NOT INCLUDED WITH SALE. (I could be persuaded to sell the transmission with the car.)

DAMAGE: The floor, firewall and roof buckled, and the frame bent in the crash (and cracked on the side opposite the impact), but restorers tell me it’s fixable. If someone has the time to repair it, this really is a great-riding car, and very unique. And prices on old wagons are only going up. Most of them ended up worse off than this one.

NEW PARTS: New front brakes (along with hardware/hoses), new radiator, new front and rear springs and shocks, lots of new parts for rear brakes/axle. Almost all of the trim and emblems have been removed in preparation for paint (so ALL of the trim but the side moldings for the driver door and left front fender is intact). The interior is mint (except for the dash, which was damaged in the crash). I have the original build sheet and the original full wheel covers.

Everything on the car is original except the motor, (which has less than 400 miles on it (’73 Grand Prix block, ’70 #13 heads, 068 cam, 9.1:1 compression). The car was built at the GM factory in Linden, N.J., and spent most of its life in the Garden State. It appeared in Spike Lee’s Blackkklansman, and on HBO’s The Deuce.

I already removed the engine and transmission. I would consider an interesting trade, but it must be road-worthy and not all rusted out. (With another kid on the way, the last thing I need is another project!)

Do you think this Catalina can be rebuilt or is it only good for parts?  Comment below and let us know!