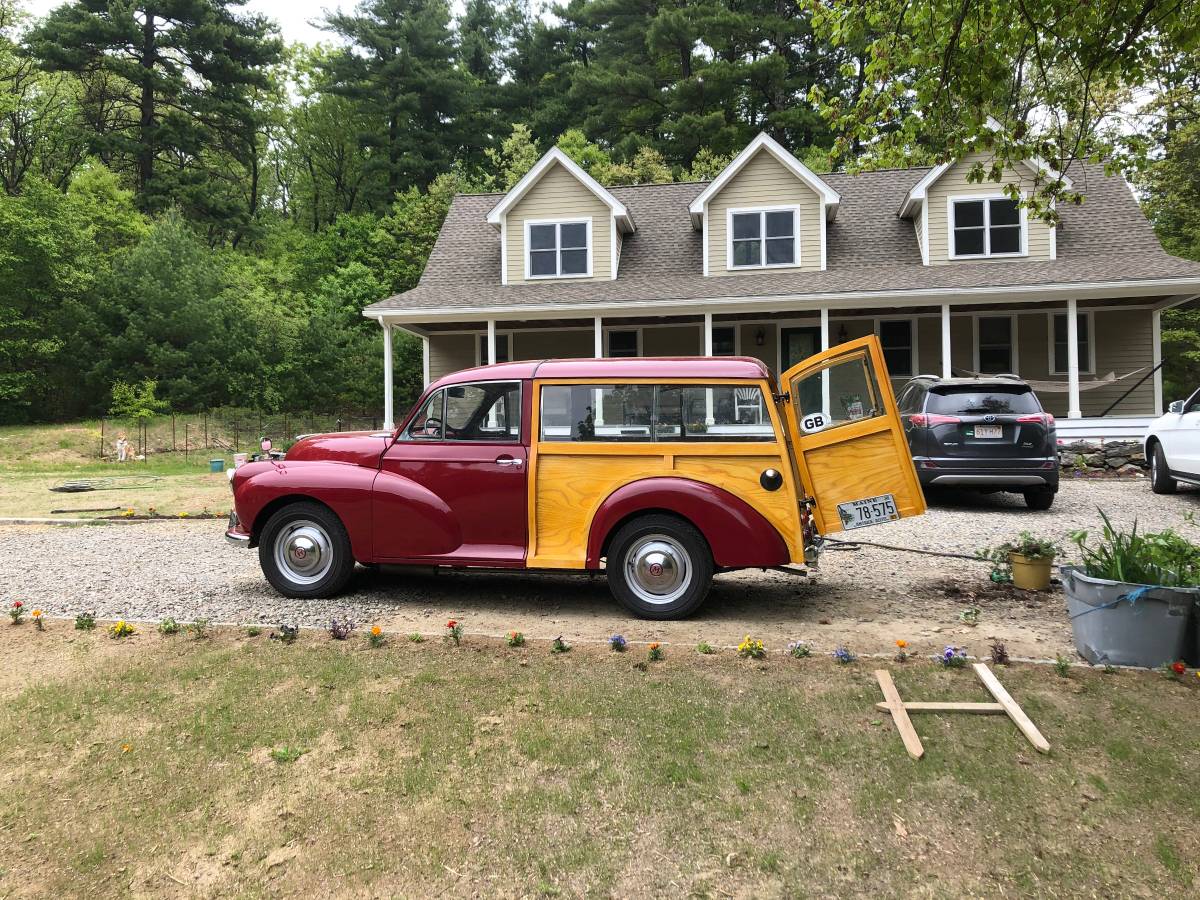 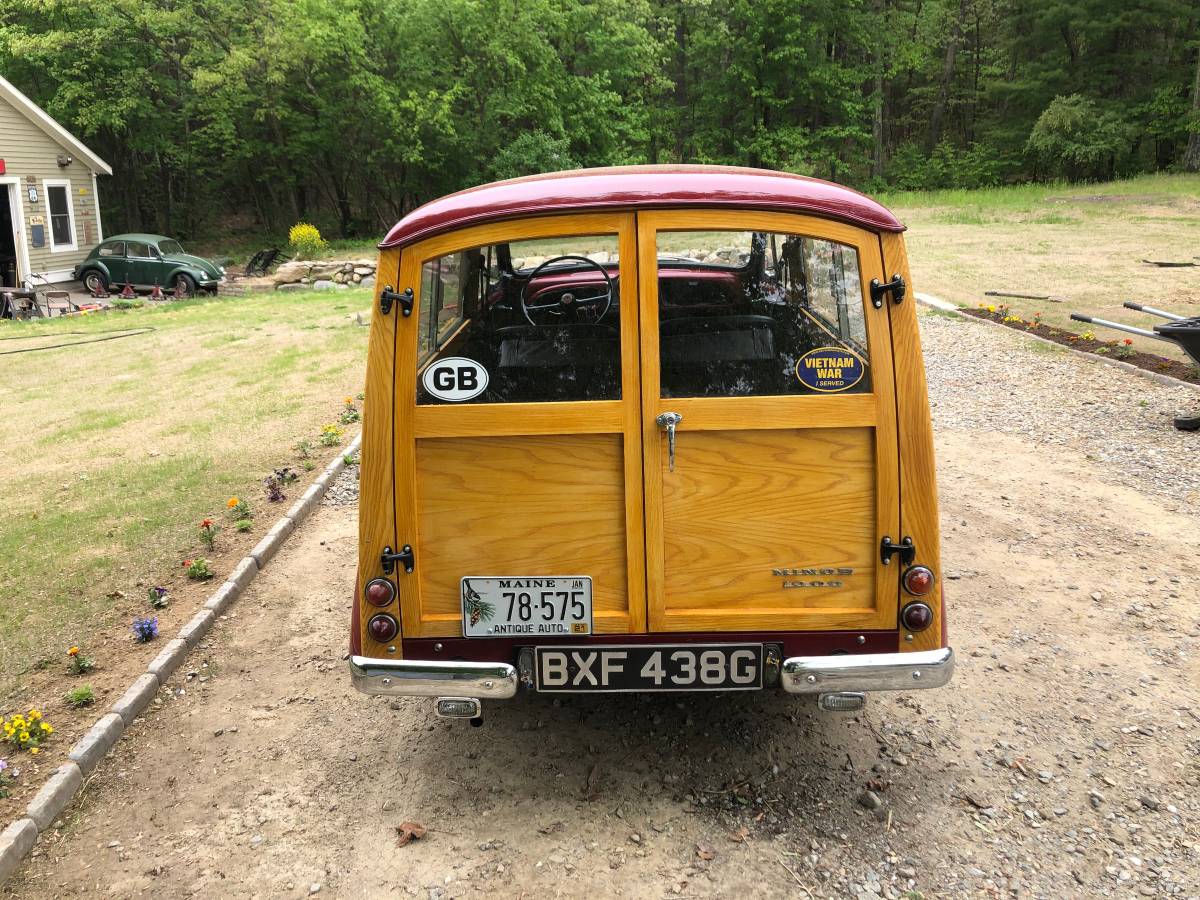 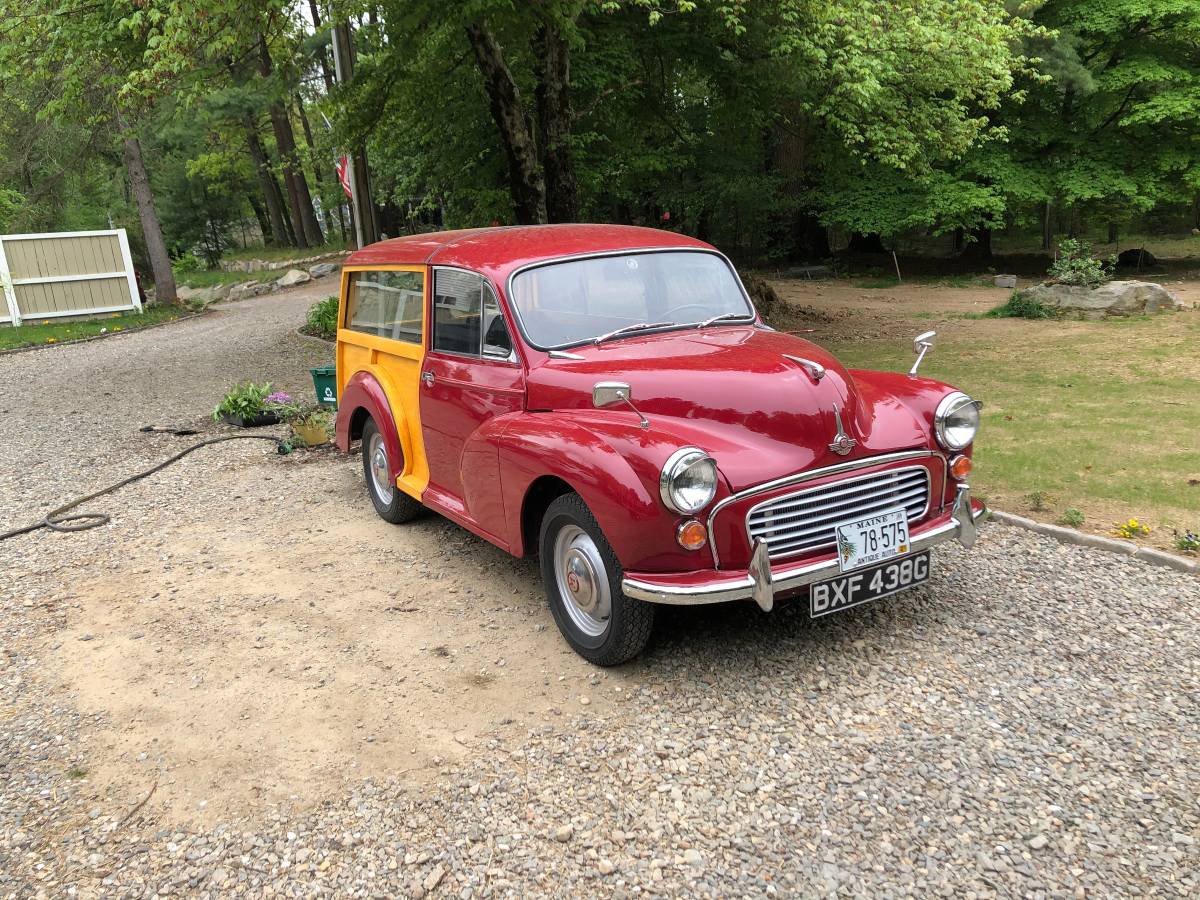 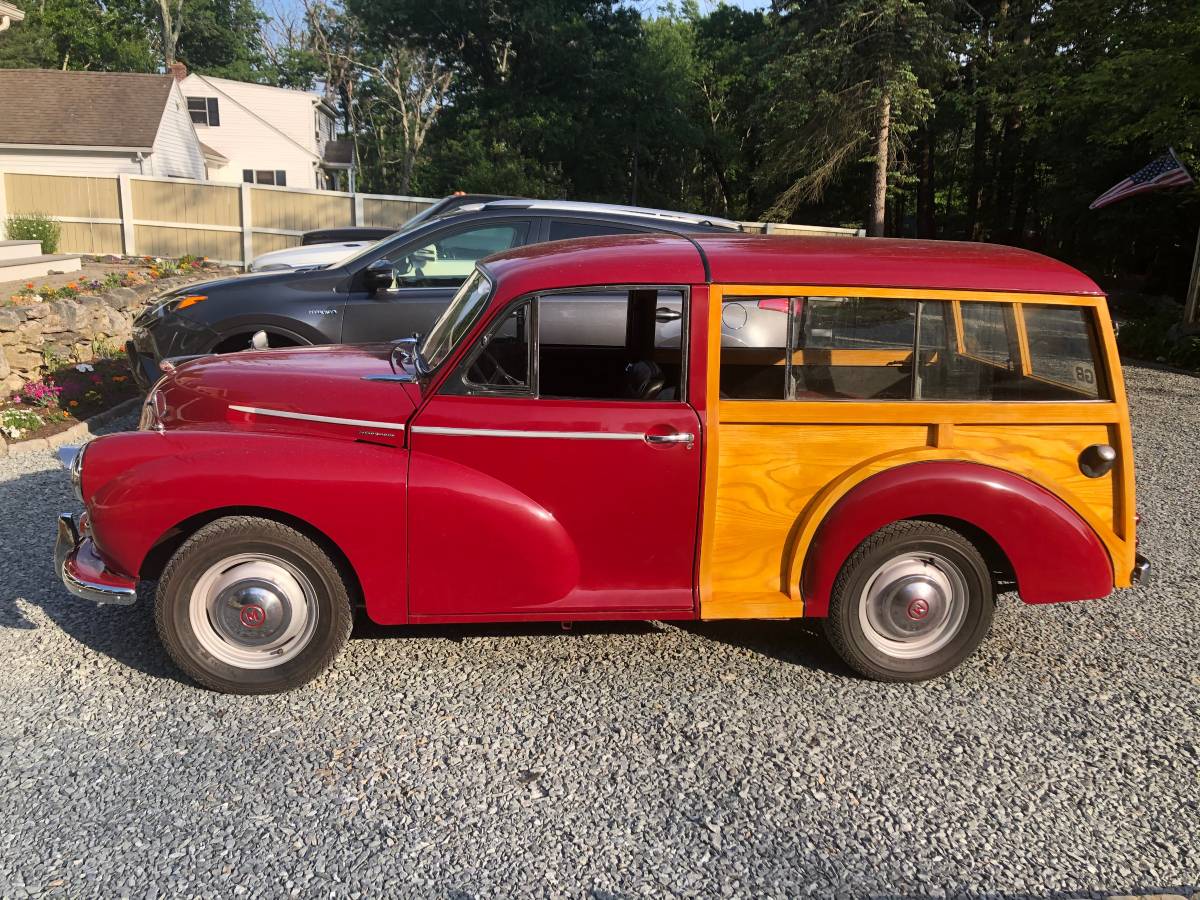 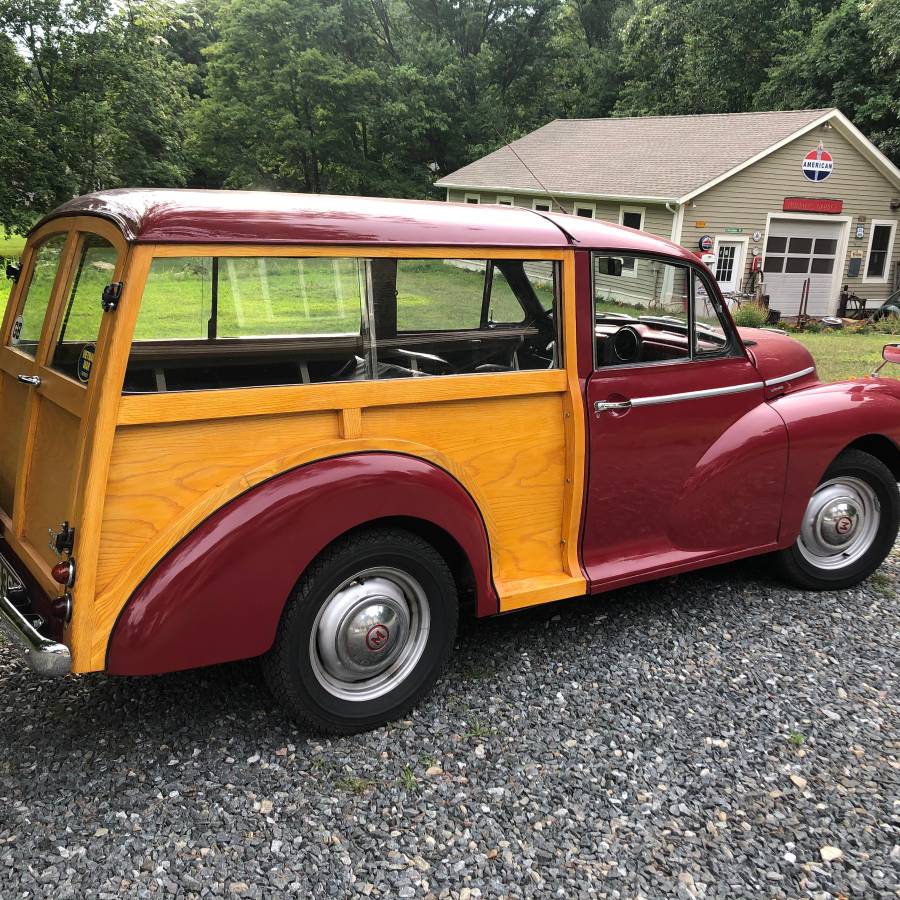 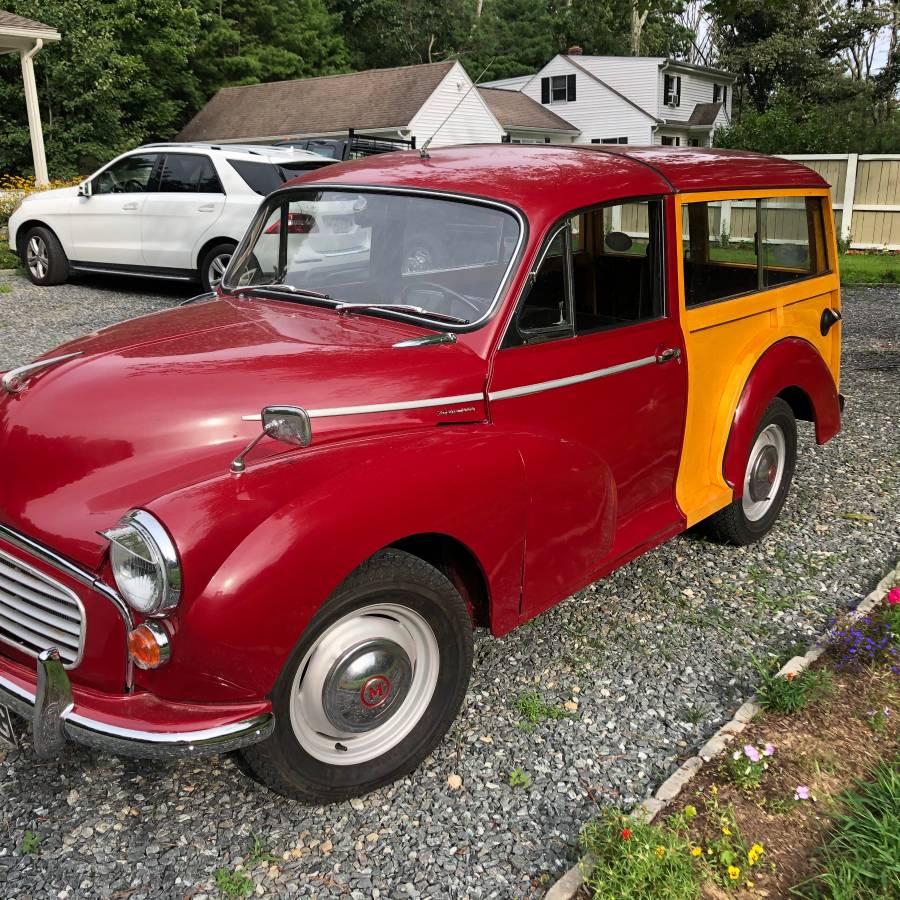 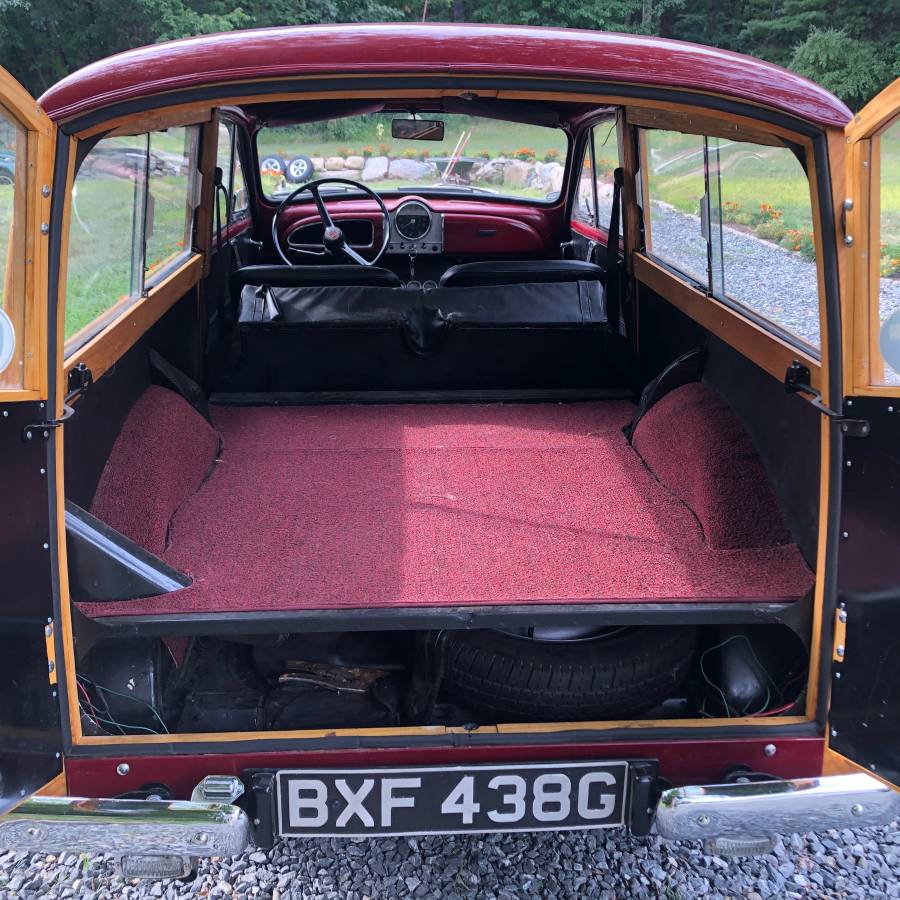 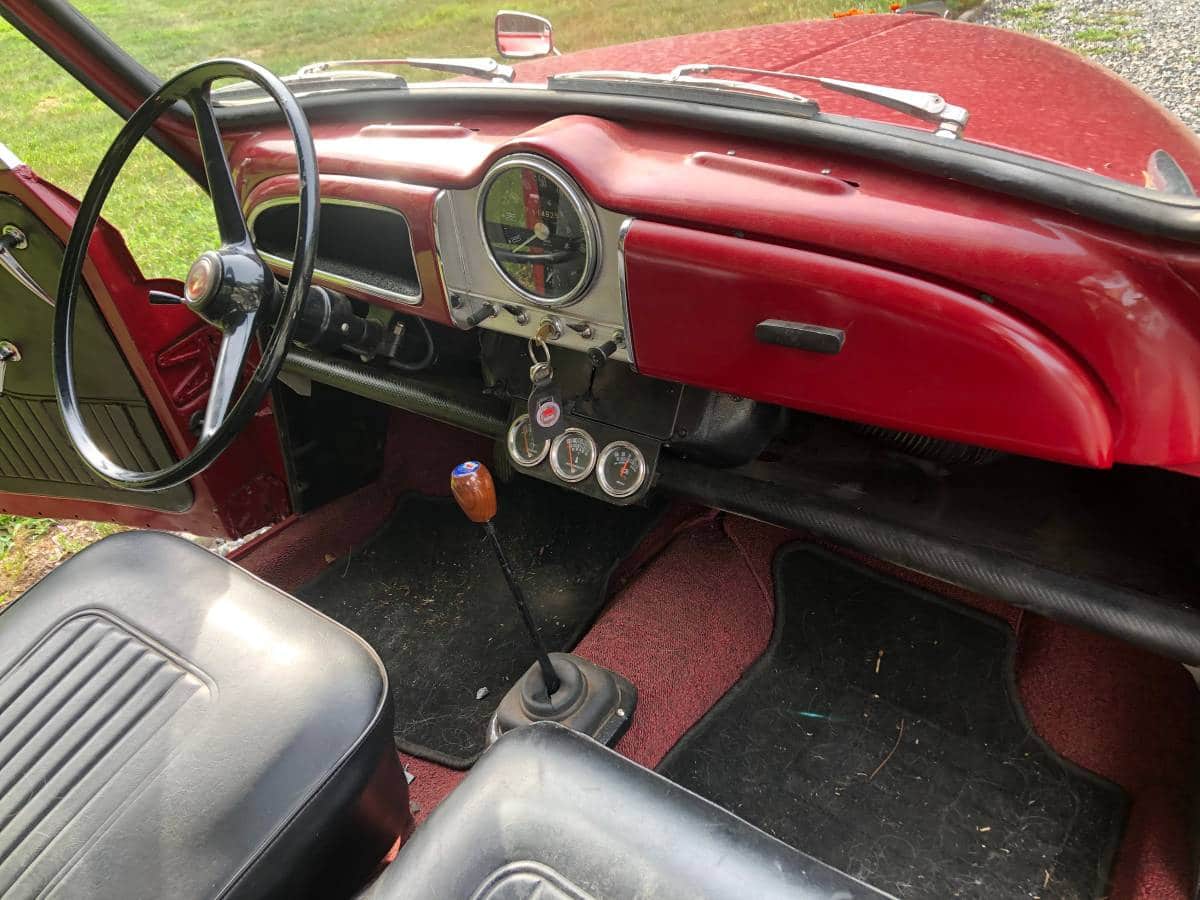 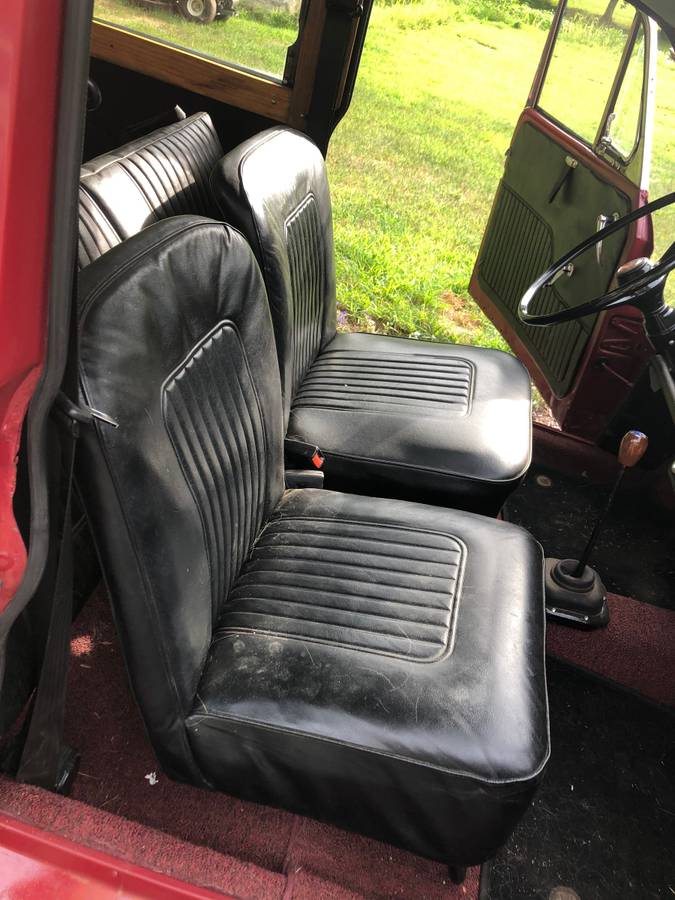 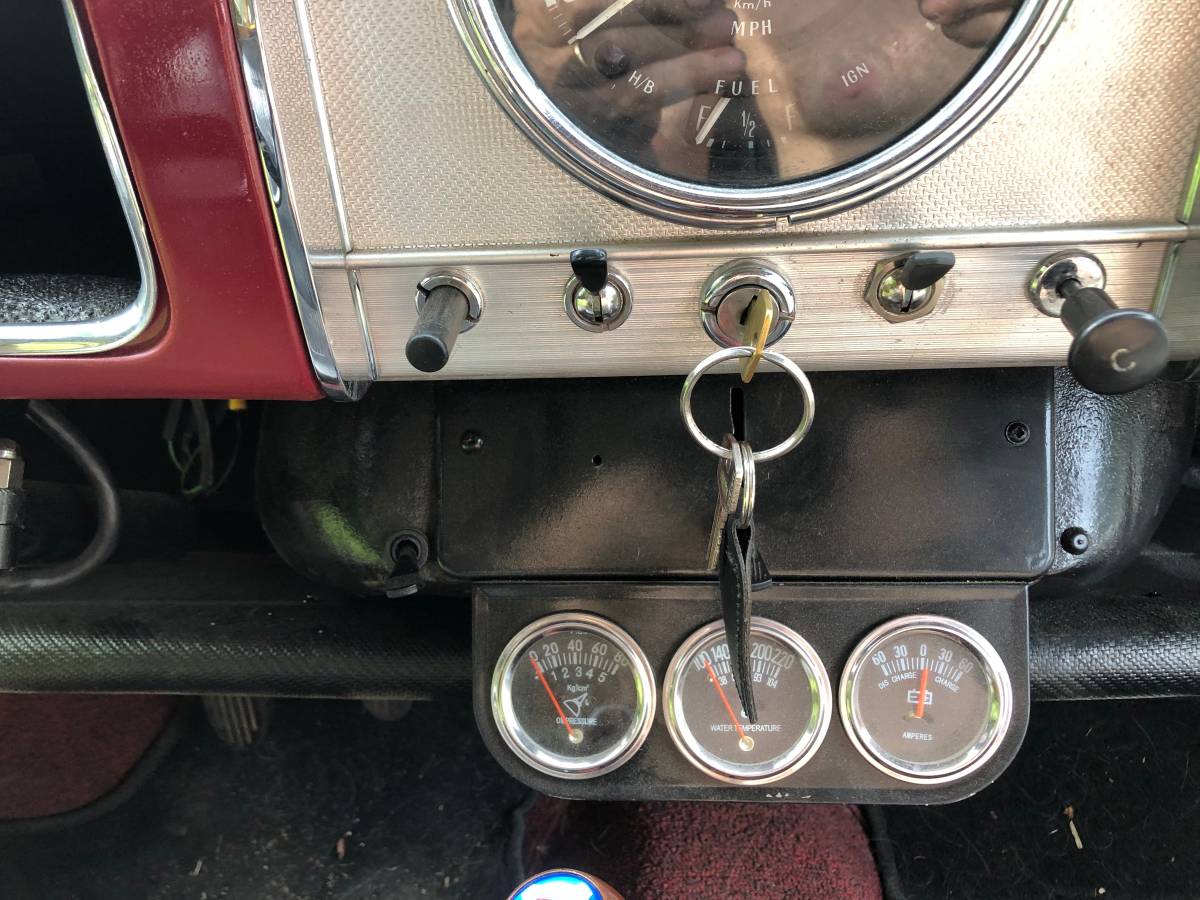 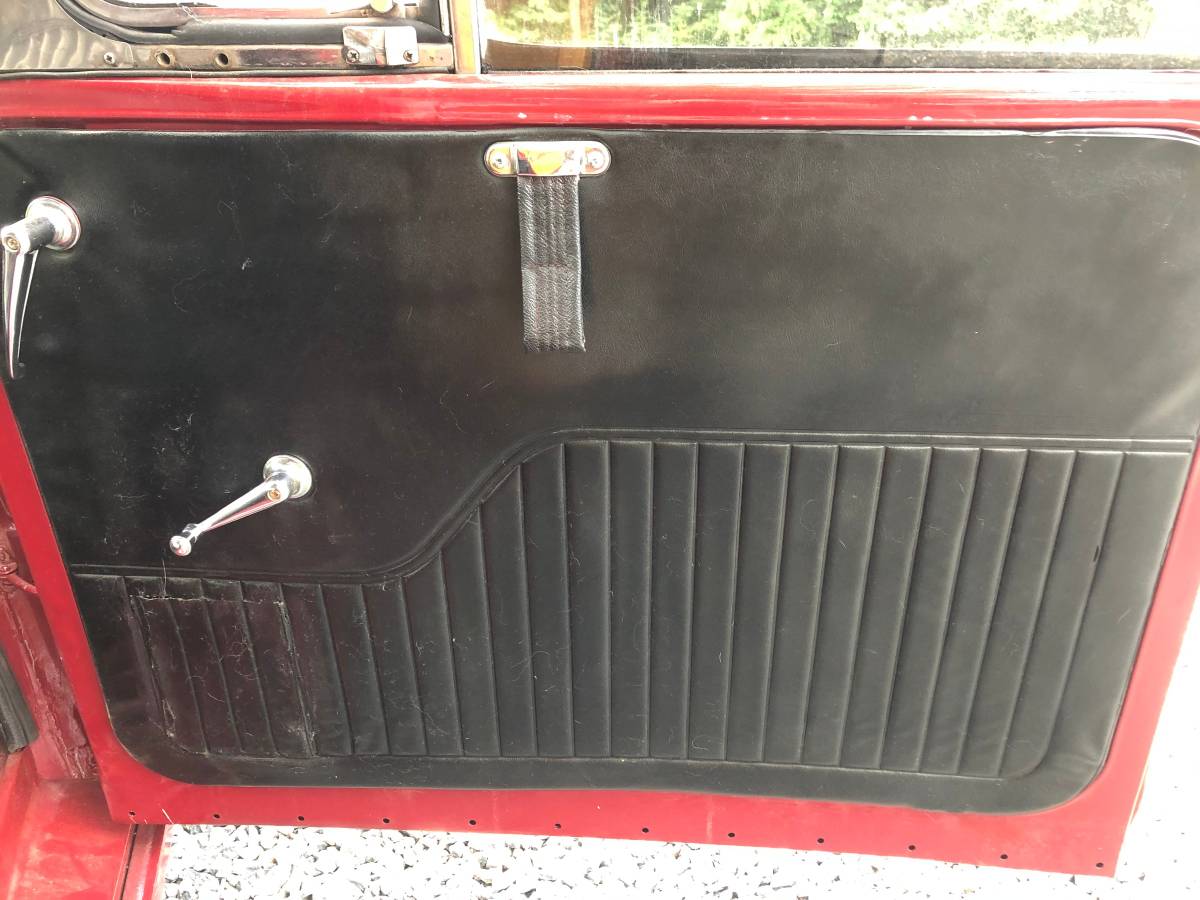 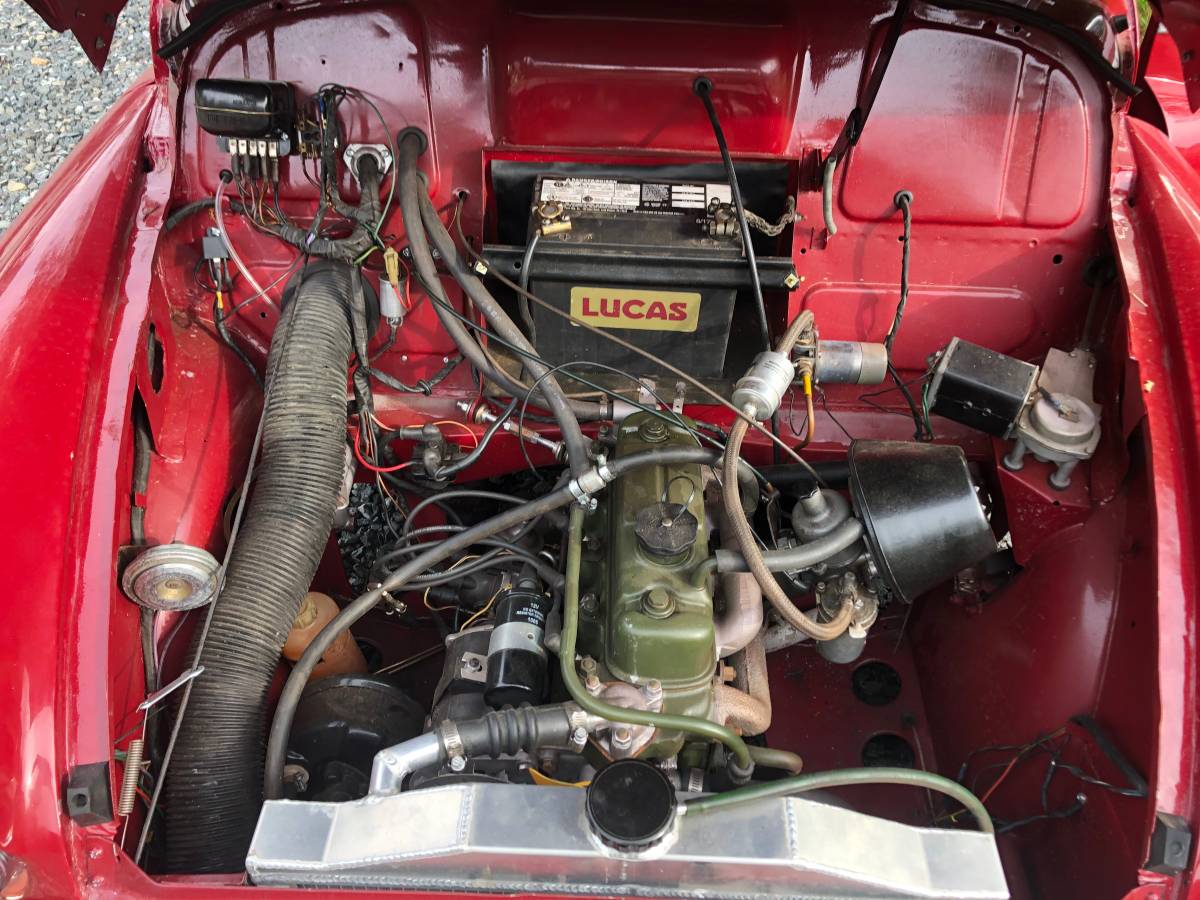 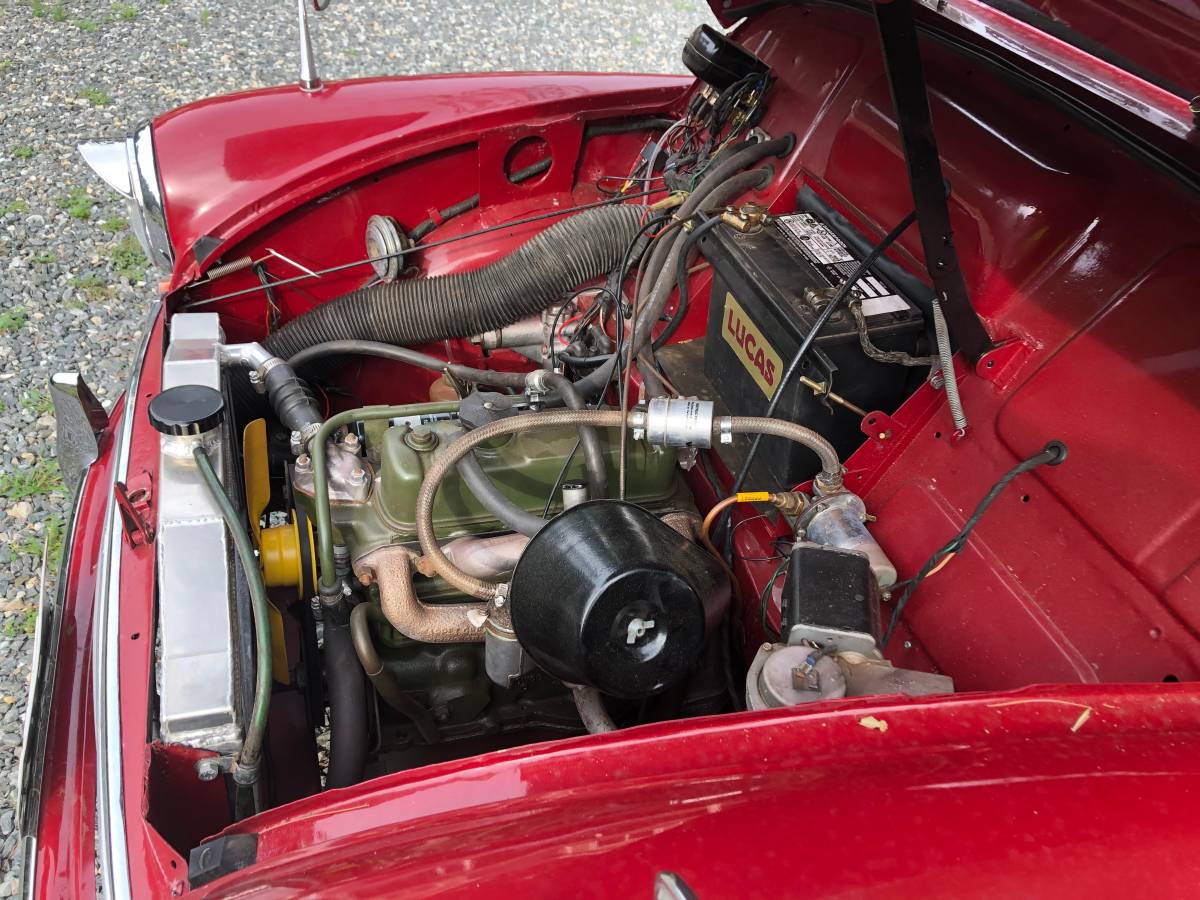 September 22nd Update – While preparing our latest Wagon Wednesday features, we confirmed the listing for this Classifind expired.  With no new listing found to replace it, we’re assuming this Morris Minor sold.

Rare is a State-Side siting of a late-sixties Morris Minor 1000 Traveler. Even rarer is coming across a red Traveller such as this 1968 example currently recently listed on Craigslist in Berlin, Massachusetts for $18,500.  While Hagerty Insurance oddly doesn’t provide a value for Traveler models, the  NADA Guides Classic Car Online Valuation Tool confirms this private seller’s firm price falls just below the midpoint of the “Low”, “Average”, and “High” retail value range of $8,900, $20,700, $32,800, respectively.

If you’re not familiar with these cars, here’s an excellent written summary by Hagerty Insurance on the Morris Minor model line:

Designed by Alec Issigonis, later of Mini design fame, the Minor 1000 had performance that eventually extended to a top speed of 70 mph, slightly faster than the 1,200 cc Volkswagen Beetle of the same era. The chassis was well ahead of its time, with rack-and-pinion steering, torsion-bar front suspension and unitary welded one-piece body sans separate frame.

In Britain, these cars are ubiquitous at collector car events in much the same way that 1955–57 Chevrolets or early Mustangs are in North America, but in North America they are much less common. The kind of people who bought Minors new were typically people who didn’t want the idiosyncrasies of Volkswagen Beetles, but who appreciated well-engineered, conventional small cars. For such a diminutive car, rarity and a loyal following make for higher values than you’d think, especially in the United States where they are rarer than in England. As with most cars, convertibles tend to be valued most highly, and the Traveler woodies are treated with the same adoration as the similarly laden Minis.“

This appears to a nicely refreshed example that in addition to a rebuilt engine features a completely new wood body.  The seller leaves you with a number of spare parts and several new uninstalled ones to let you put your mark on helping finalize the restoration of this classic British shooting brake.  Good luck with the purchase!

“A 1968 Traveller that I went through. The engine (1100cc) was completely disassembled all new rings bearings and gaskets,new water pump, hoses , belts. I made a lot of improvements to the wire connections. I installed a back up light switch that works off the transmission. New fenders front and back. I took the car completely apart and cut out any rot and welded in panels. The inside of the frame rails have been coated with two coats of body wax. It has a completely new wood body, all new weatherstripping and many new parts. The headliner is new but not installed. New carpets and all new brakes. It shows about 120,000 on the speedo. Tires and wheels are in good shape. It could use new door panels and a wiper motor. It’s registered and has a Mass title. I drive it everyday. there are quite a few spare parts that go with the car.“