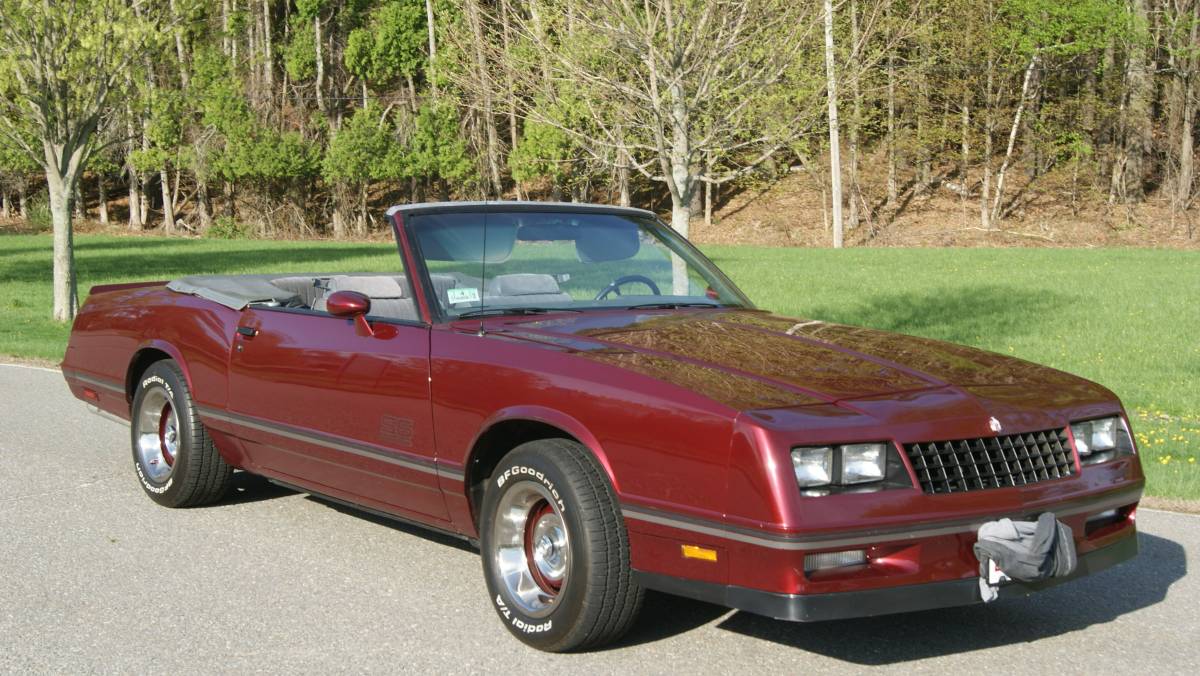 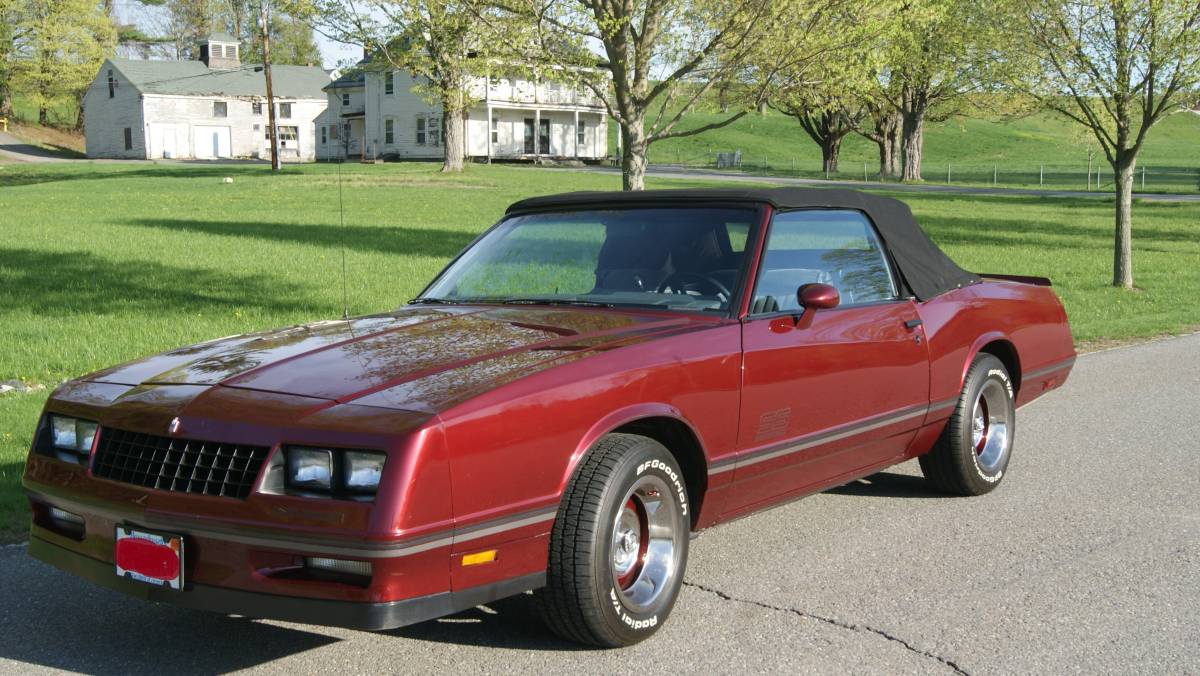 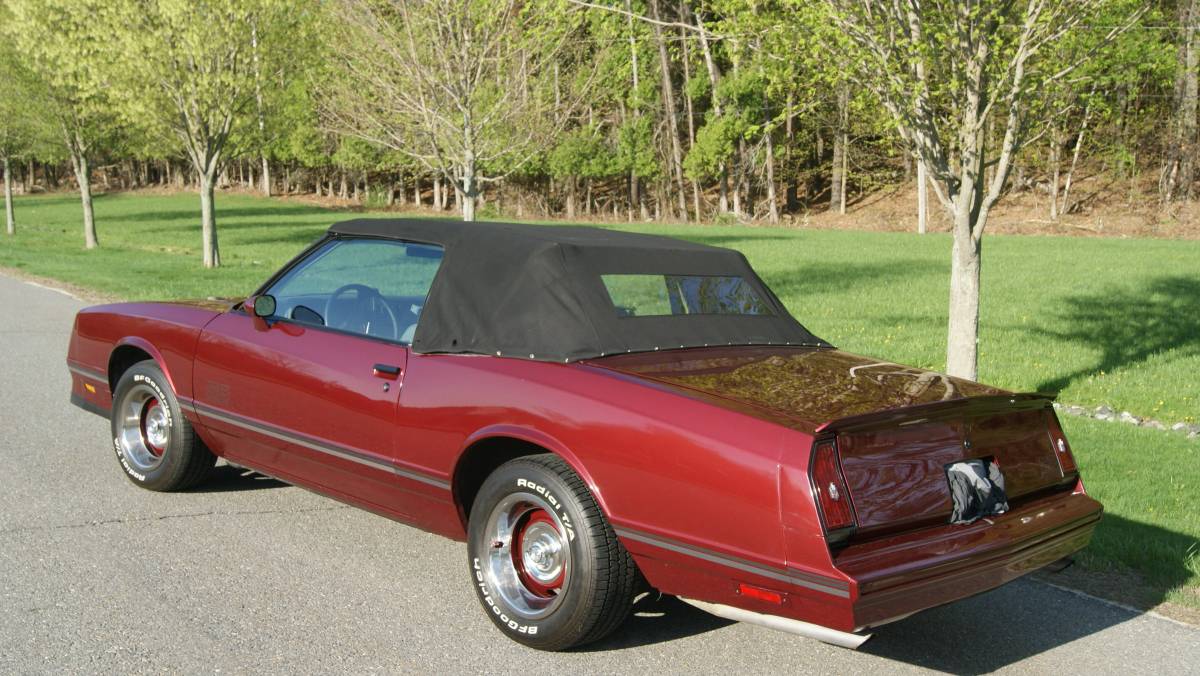 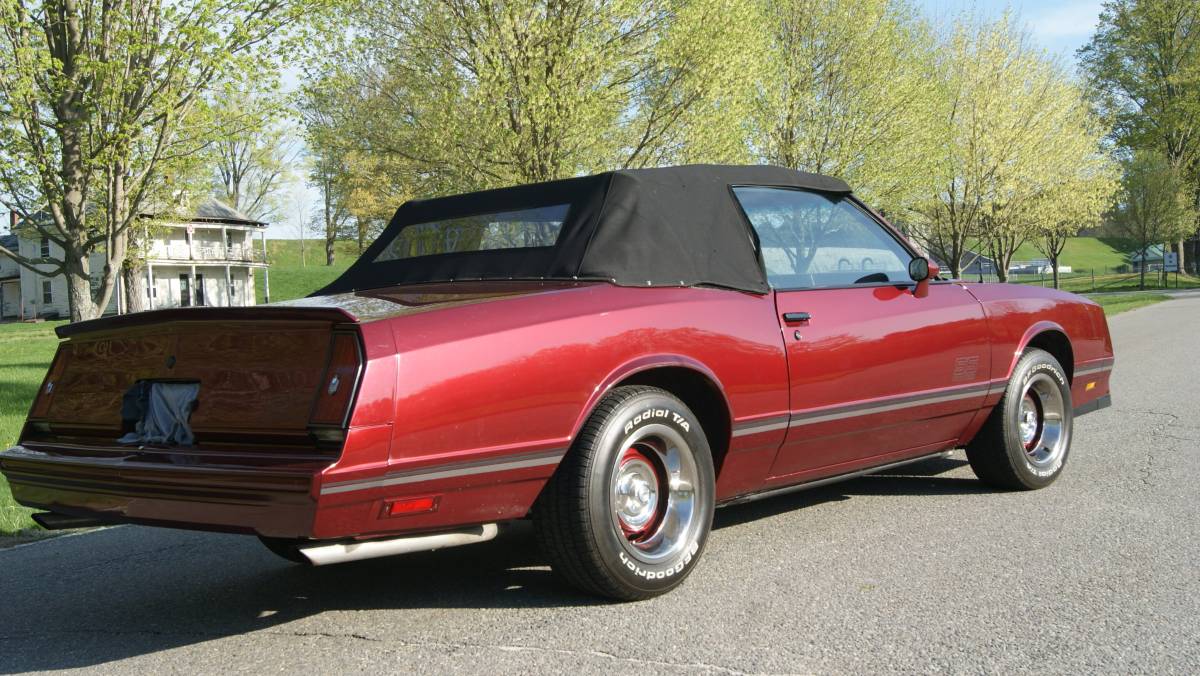 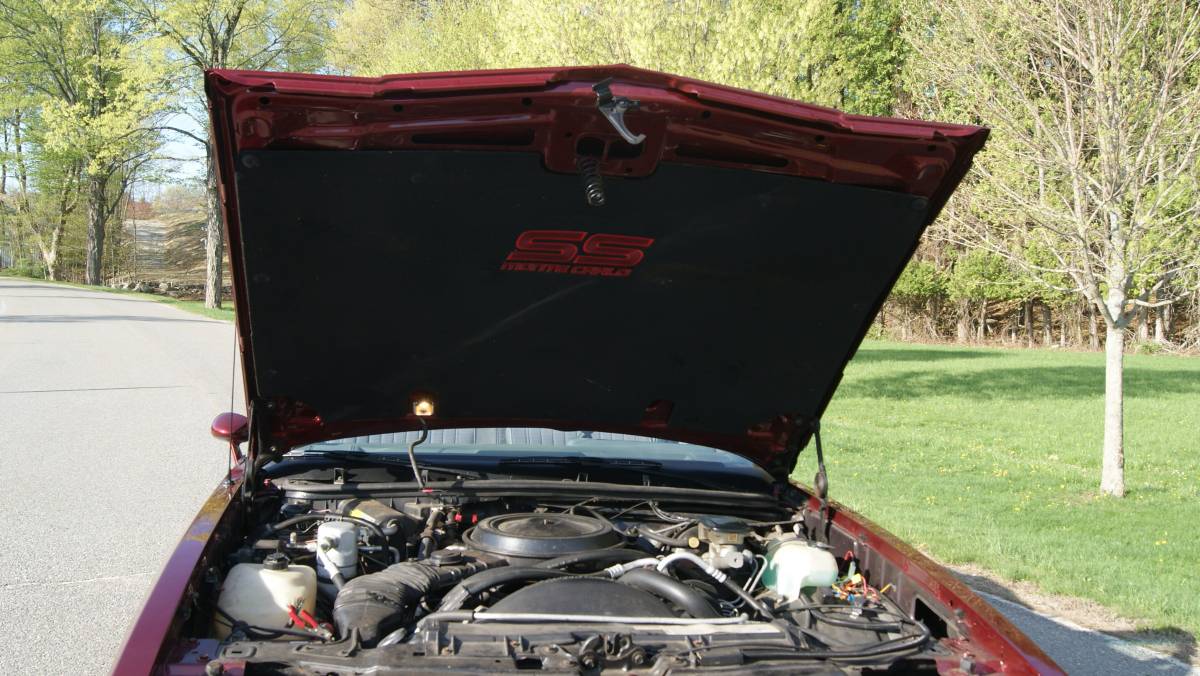 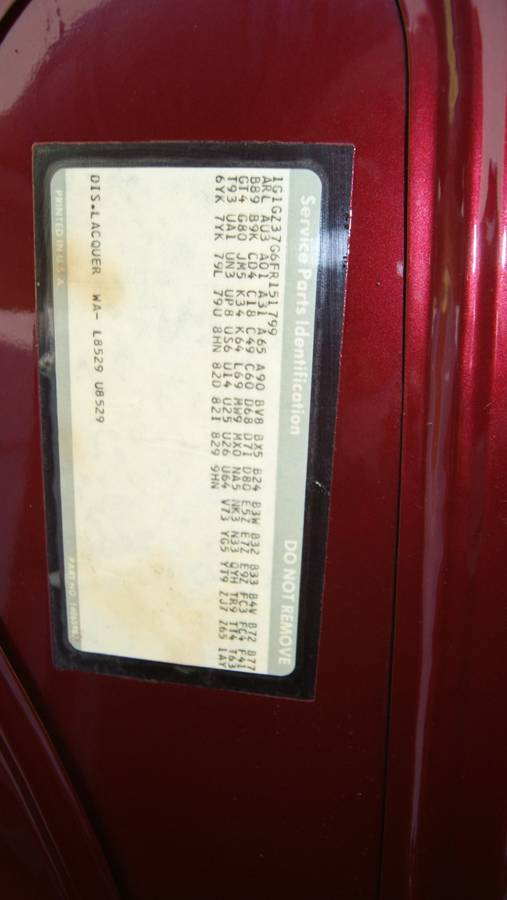 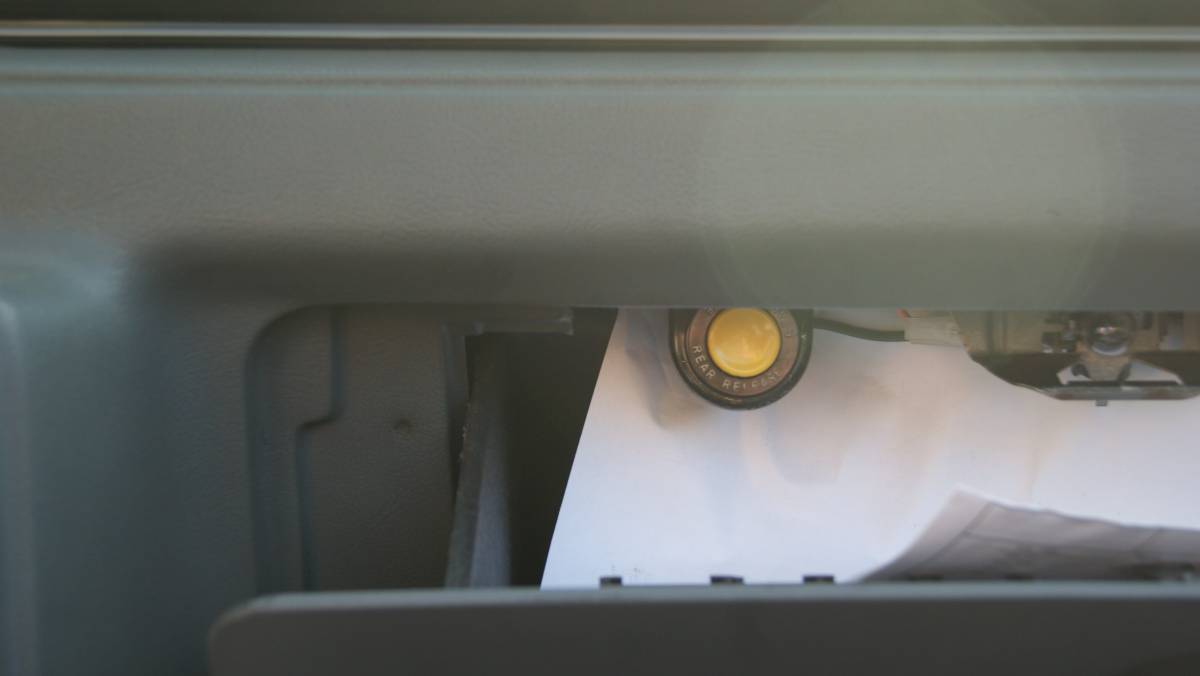 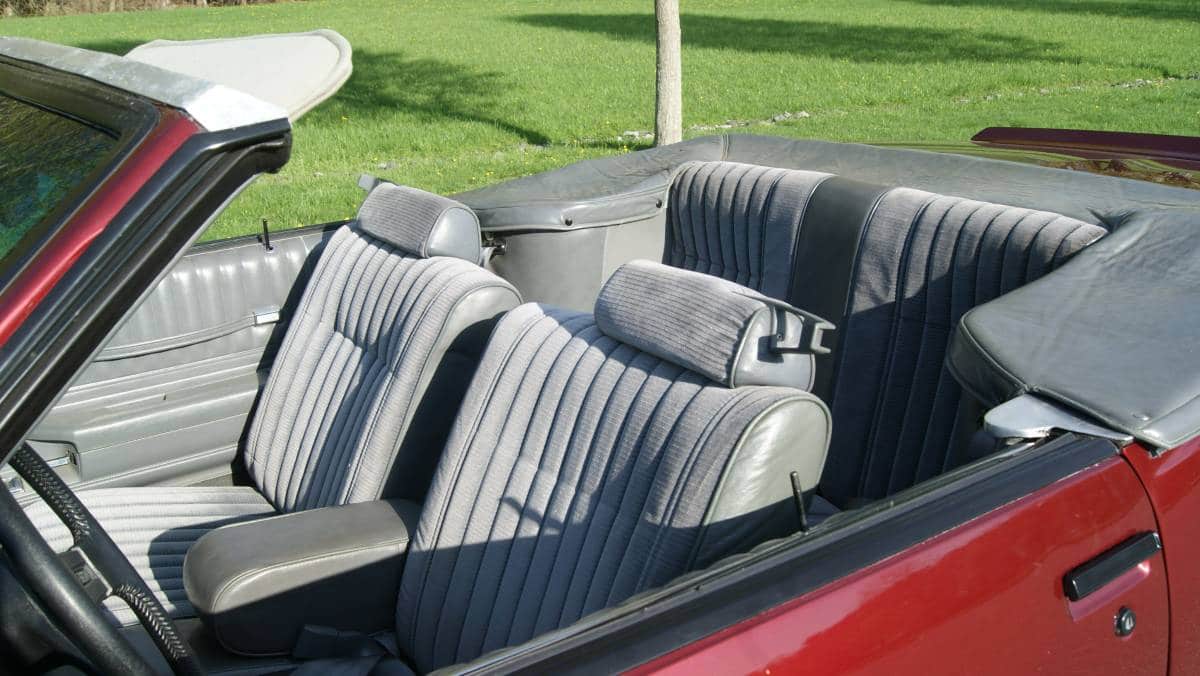 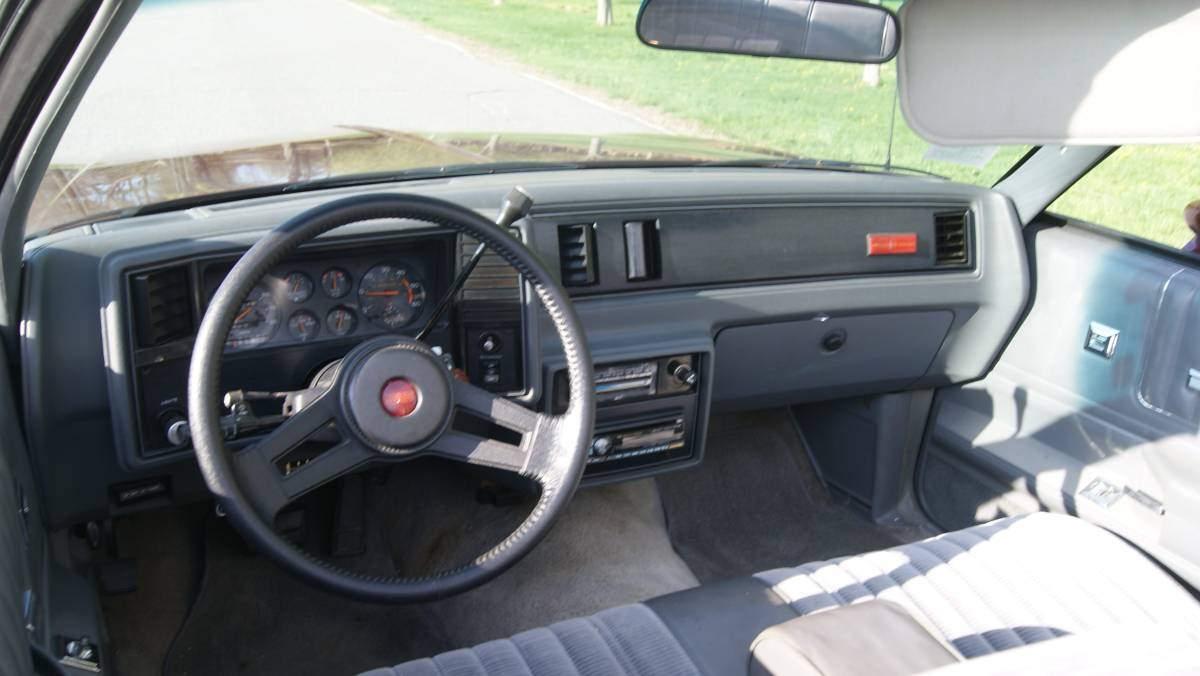 August 15th Update – We just confirmed the private seller of this unique Monte Carlo ragtop just lowered the price from the original ask of $14,500 to $13,750.  The negative comments we received on social media about this custom ragtop clearly has the Monte Carlo SS fans crying, “Blasphemy!”

If you’re thinking, “Wait a minute, Chevrolet never made a Monte Carlo convertible” when you first saw this post, you would be correct.  What we found currently listed is this aftermarket converted 1985 Monte Carlo SS convertible listed on Craigslist in Framingham, Massachusetts with an asking price of $14,500.   Using the T-Top equipped SS model as a proxy, the Hagerty Insurance Online Valuation Tool confirms this private seller has his unique Monte priced between the #2 “Excellent” appraisal of $17,500 and the #3 “Good” estimate of $12,100.

The 1985 Chevrolet Monte Carlo continued using the High Output 5.0 L V8 rated at 180 horsepower. but the H.O. V8 in the SS came only with the four-speed automatic this year. Though the base coupe carried on visually unchanged, the SS was a different story. Previously offered only in white or dark blue metallic, color choices were expanded to include silver, maroon, and black.  Nearly 120,000 Monte Carlos found eager buyers in 1985. Though the total was down somewhat from 1984, the SS model saw sales climb from 24,050 to 35,484, a sure sign that performance was making a comeback. The 1985 Monte Carlo SS also came stock with a 35 millimeter sway bar which added extra support for the high-performance rear end.  A Company called Matrix utilized the top mechanisms designed for the Cadillac Eldorado and Buick Riviera convertibles to convert G-body cars such as the example featured here.  Unlike the GM factory convertibles, Matrix did not install a complicated rear quarter window, instead adding more top material where the original fixed glass resided.

While this is clearly a pretty and unique car, forgive us when we say we don’t believe this is a true SS Monte Carlo.  The bench seat and column shift combined with the seller indicating a custom paint code have us thinking this is a clone that also happens to be a convertible.  We hope someone out their in our community can confirm whether this car is a real Monte Carlo.  If you know please comment below.   Good luck with the purchase!

“The pictures truly tell it all this is a fantastic car. I have owned it since 2001
and have kept it garaged ever since. It has just under 82,500 mile on it. The transmission
is a 4 speed automatic. The power top was installed by Matrix the same comapny
that did the top for many GM lines including Cadillac. The engine is a 305 V8 with a 4 barrel
carburetor. The paint is a Mercedes color and I will supply you with the code.
Power door locks and power windows.
The power trunk button is in the glove box.
Custom hood insulation.

This is a real head turner and perfect for cruise nights …. GREAT SUMMER FUN !!!!

Yes my phone number is encrypted to avoid scammers from calling
so please only call if you are serious about purchasing and DO NOT
call me to sell me any service.

Do you think this Monte Carlo SS Convertible is the real deal?  Comment below and let us know!