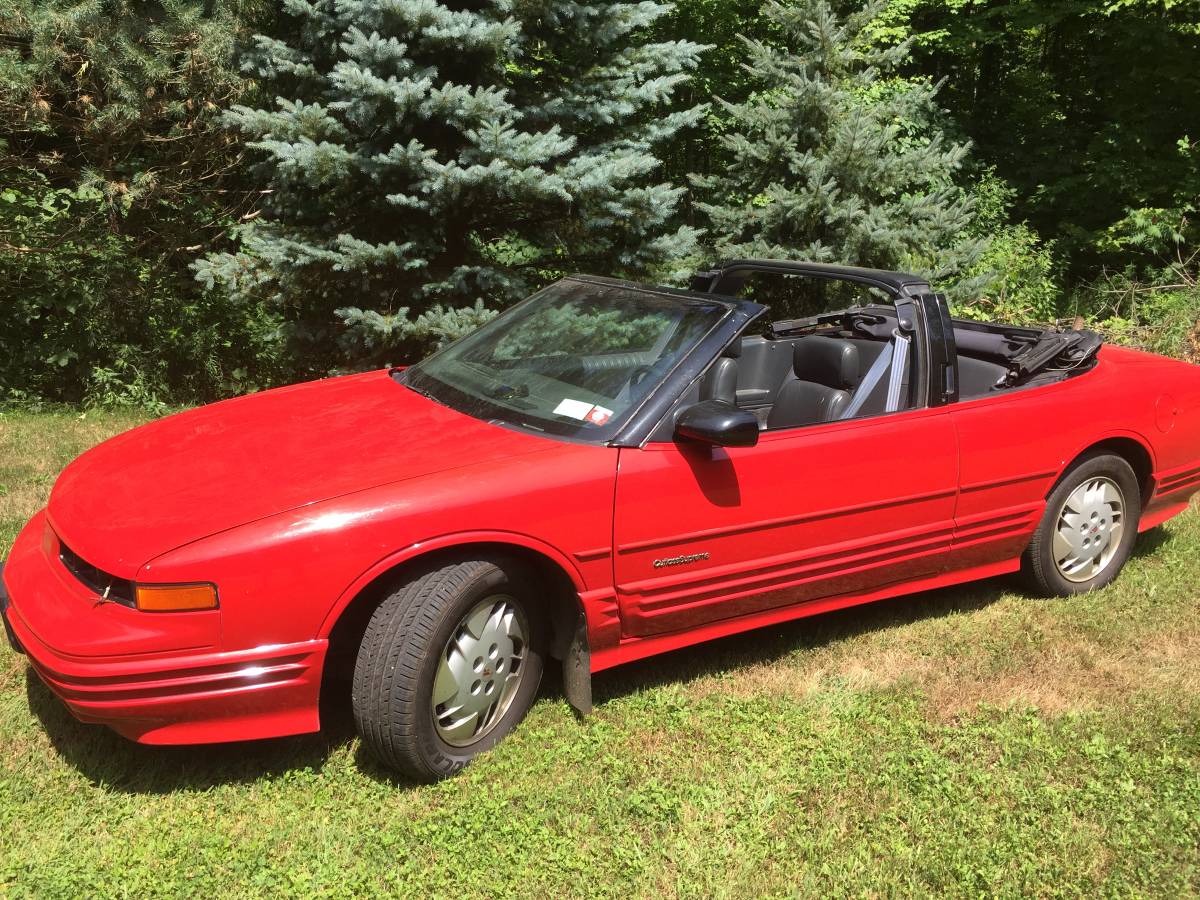 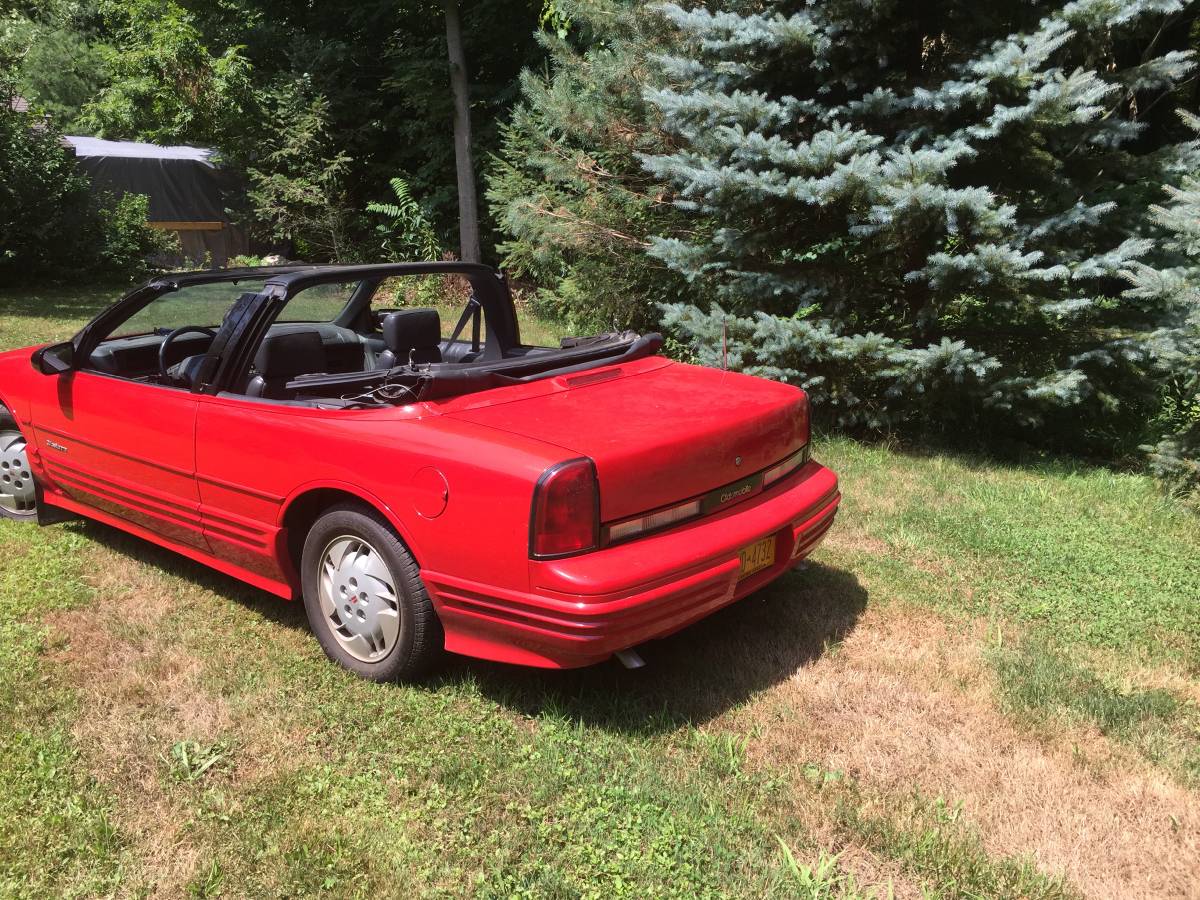 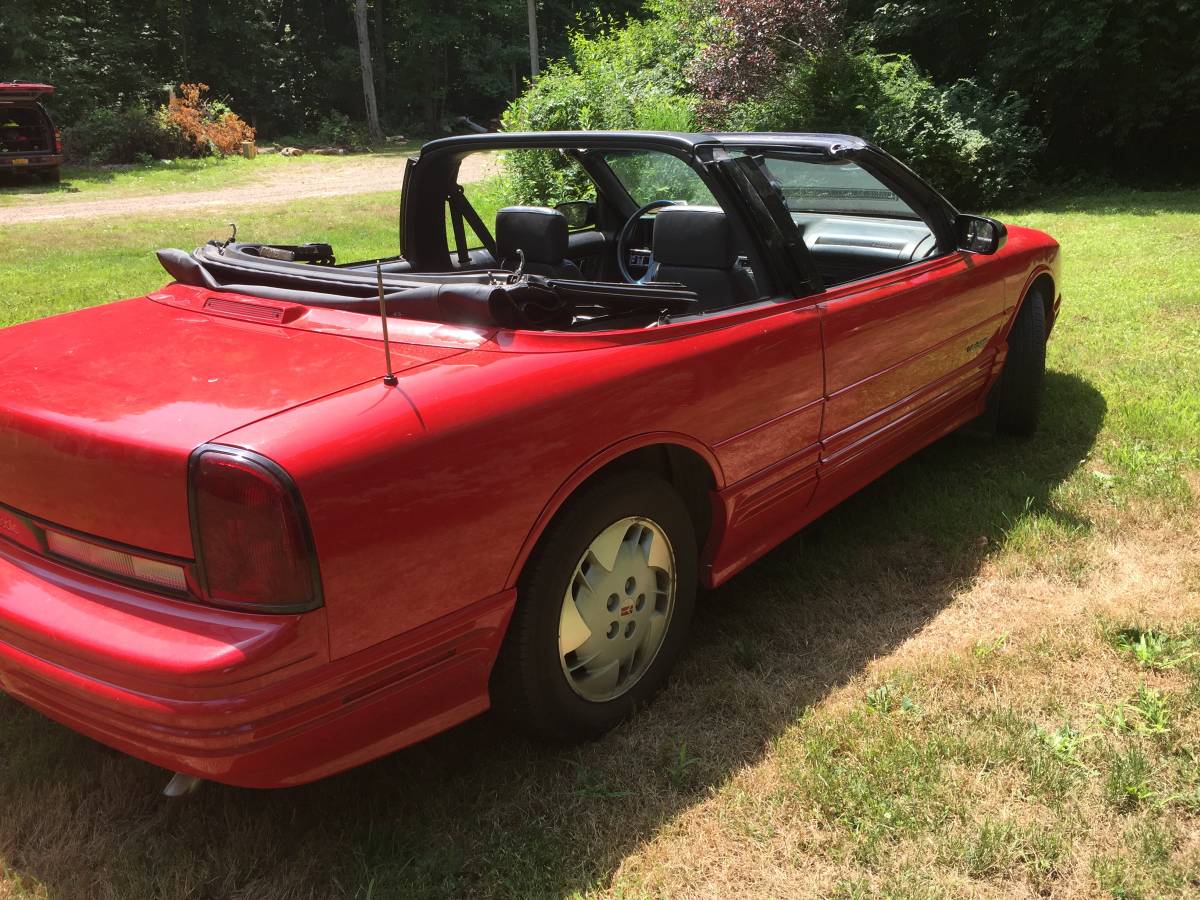 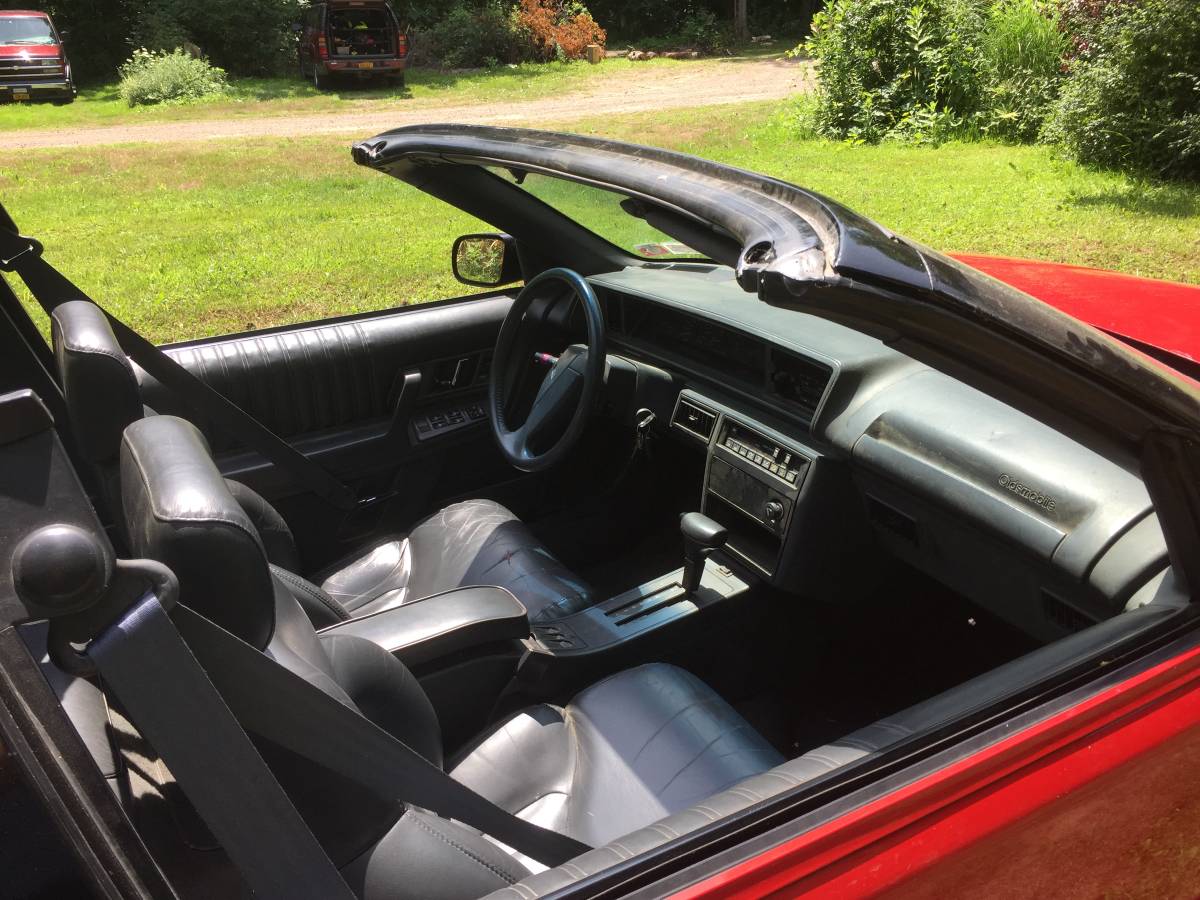 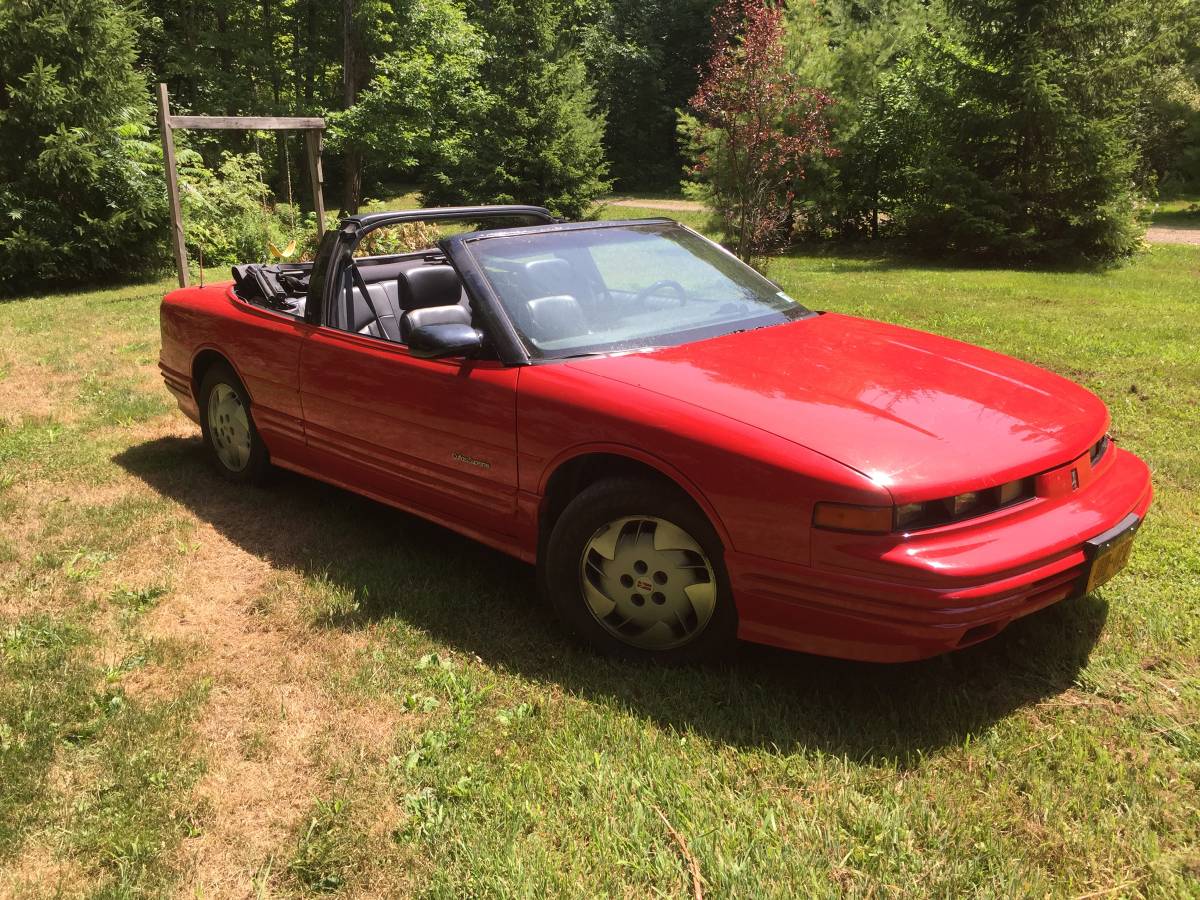 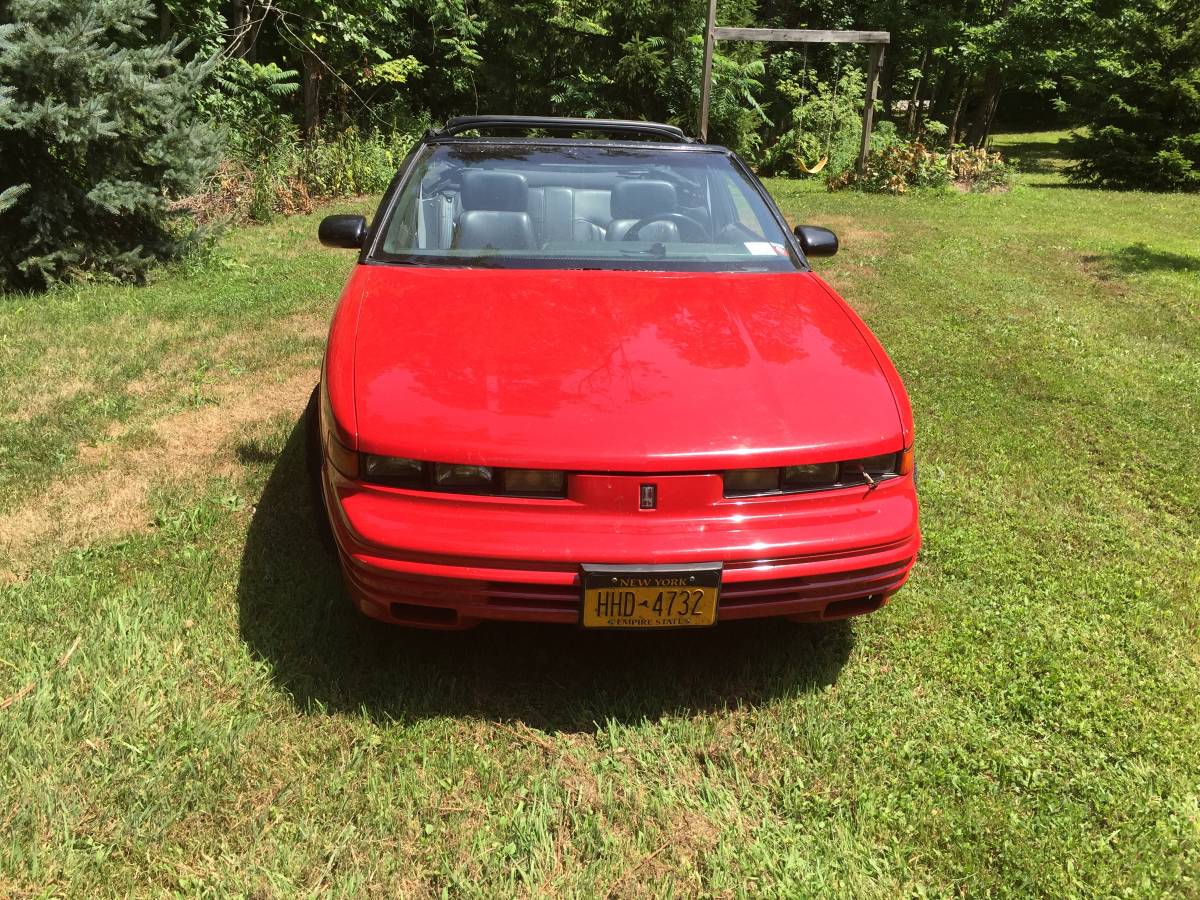 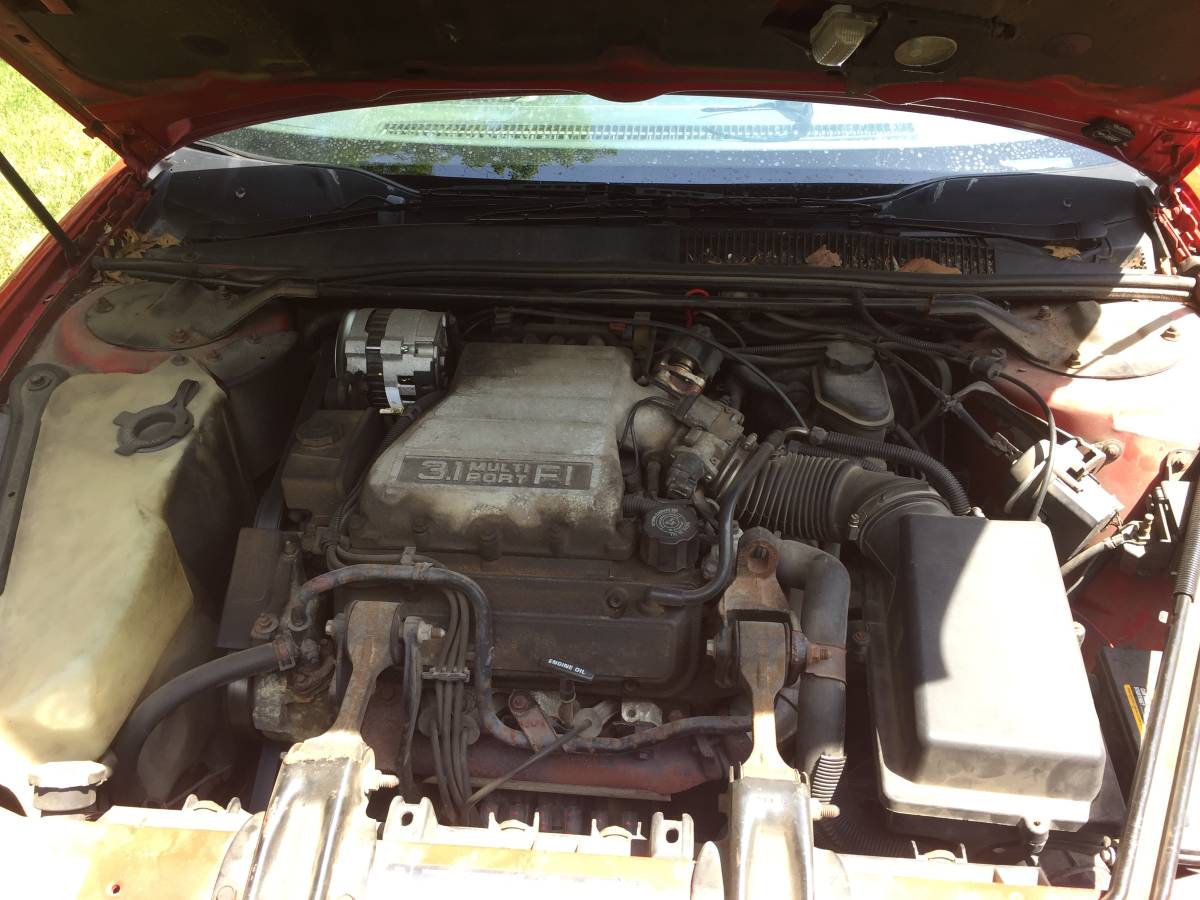 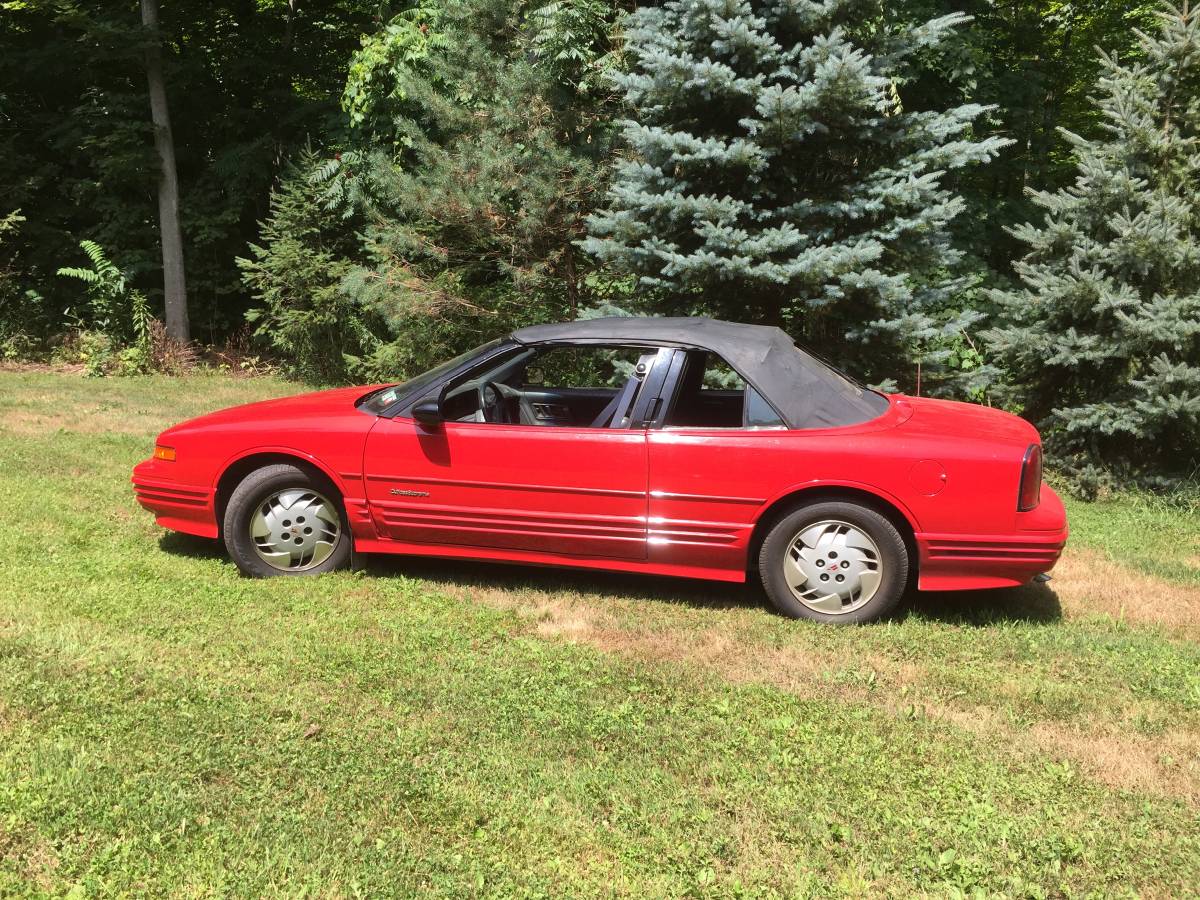 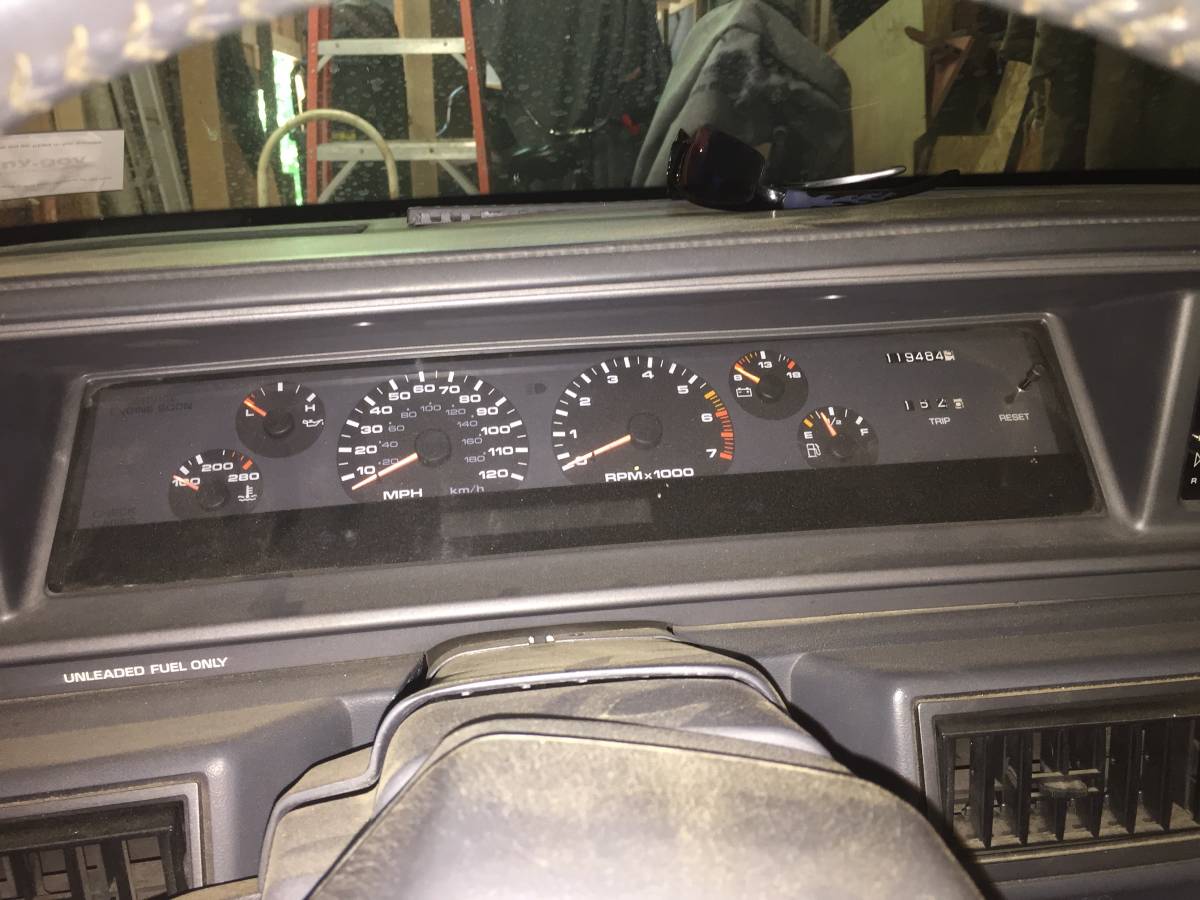 September 9th Update – While updating our database we confirmed the Craigslist ad for this Cutlass expired. With no fresh listing to be found, we’re calling this convertible “Sold!”

August 16th Update – looks like we have a motivated seller as after one week the private seller already lowered the price on his Cutlass Supreme convertible $300 to $2,500.  This is a great RADWood eligible true four-seat convertible you can enjoy on the cheap!

By the early 1990s four-seat convertibles made a huge comeback with mostly European offerings.  Still desperately trying to find themselves and attract younger buyers to their dealerships, Oldsmobile offered a comfortable convertible for four that also provided decent luggage space in the Cutlass Supreme convertible such as this red over black leather example we came across recently on Craigslist in Oswego, New York where the third owner is currently asking price of $2,800.   While Hagerty Insurance fails to provide values for these cars yet, the NADA Guides Online Valuation Tool confirms this private seller has his Cutlass priced near the midpoint of the current “Low”, “Average”, and “High” retail value range of $1,175, $2,650, and $3,650, respectively.

Oldsmobile launched the fifth generation front-wheel-drive Cutlass Supreme based on their parent company’s new GM10 platform (W-body) mid-year during the 1988 production run while the final year of the rear-wheel-drive Cutlass Supreme coupes were still being produced. The 1988 and 1989 models were aerodynamic two-door coupes that proved themselves to be a winner for NASCAR competition and it visited the victory circle 13 times between 1989 and 1992. For 1990, Oldsmobile added a four-door notchback sedan and a two-door convertible to the line-up for 1990. Models included base (later called S), SL, and the sporty International Series.

International Series models could be equipped with unique features such as quad bucket seats with dual center consoles, a driver information system and a heads-up display.  The entire line was restyled for 1992, with coupes and convertibles gaining distinctive “mini-quad” headlamps shared with the Pontiac Grand Prix coupe.

This Cutlass Supreme appears to be an affordable RADwood eligible convertible that seats four people comfortably and offers a nice mix of a classic open air experience with a touch of modern conveniences.  This is an affordable classic car you can enjoy and update as your time and budget allow.  Good luck with the purchase!

“1992 cutlass supreme convertible. Runs good, no rust, automatic, leather interior, heat and A/C both work 3.1 liter engine
I’m 3rd owner, Ive owned it about 4 summers, i put new fuel tank and pump, new exhaust, new brake lines,
Top isn’t the best but it keeps it covered if it rains when I drive it to work.
Just don’t drive it very much, and I don’t want to store it this winter, still lots of convertible weather left for this nice classic“