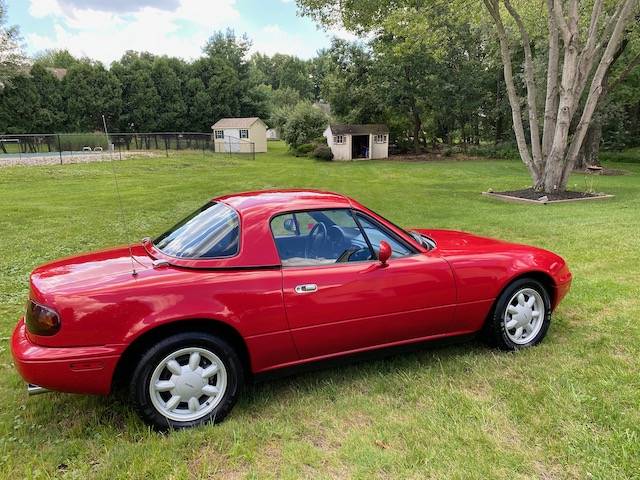 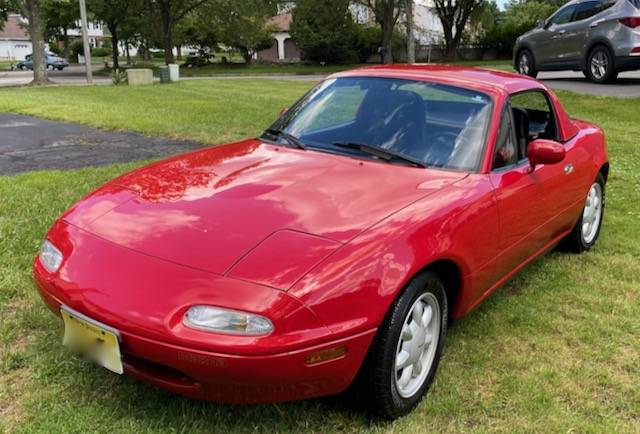 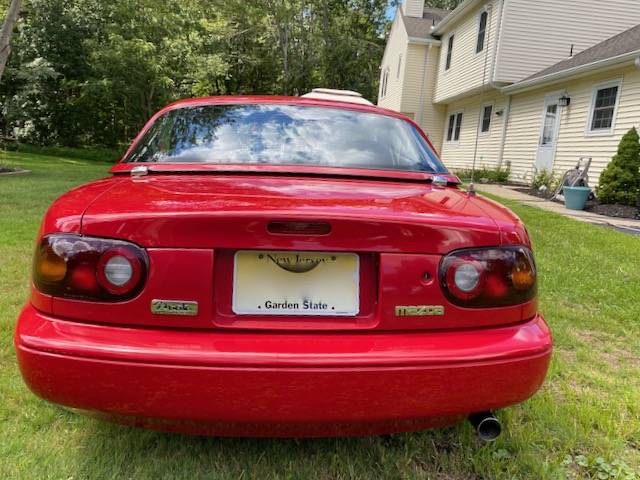 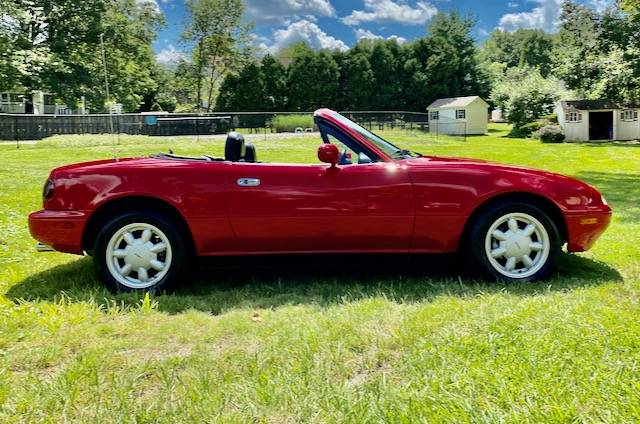 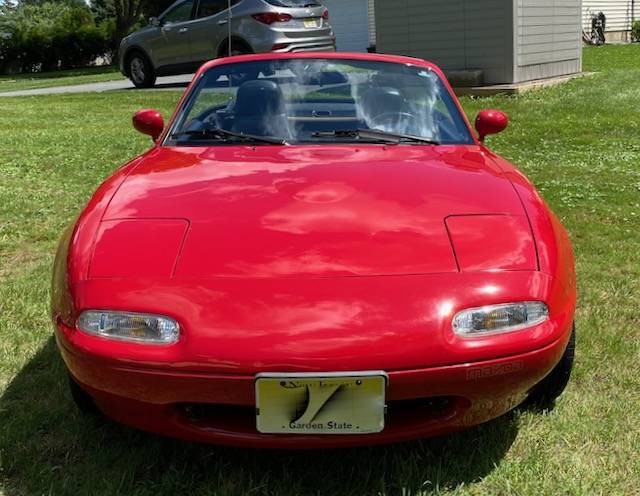 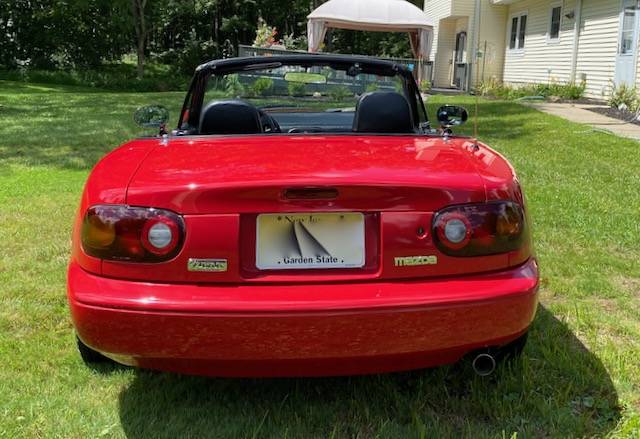 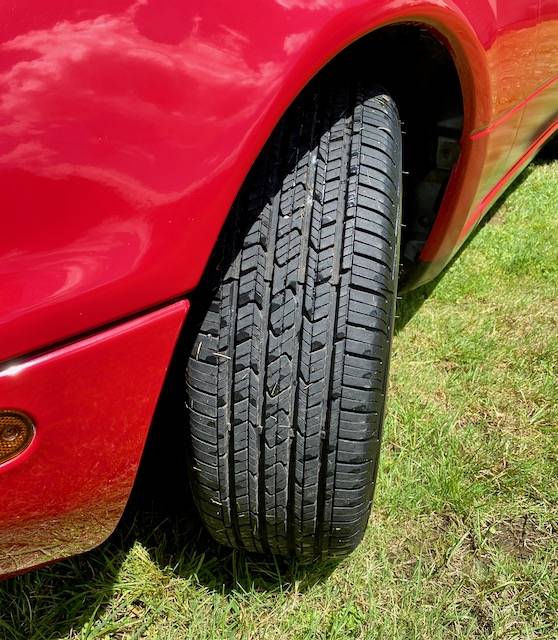 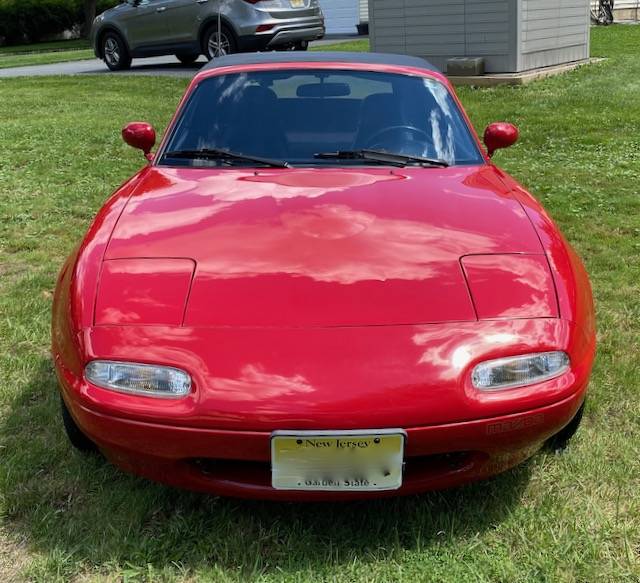 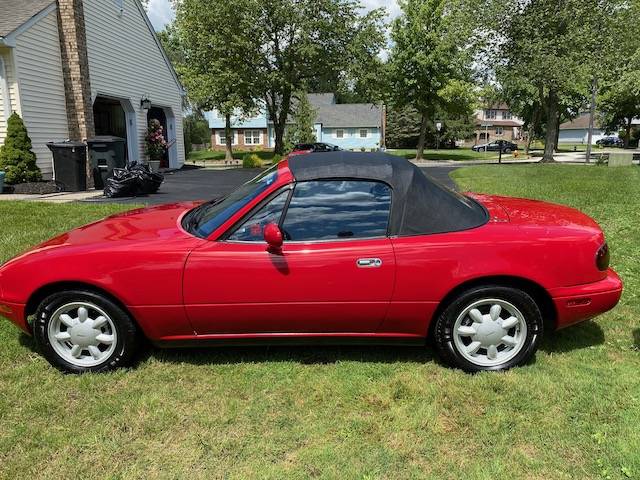 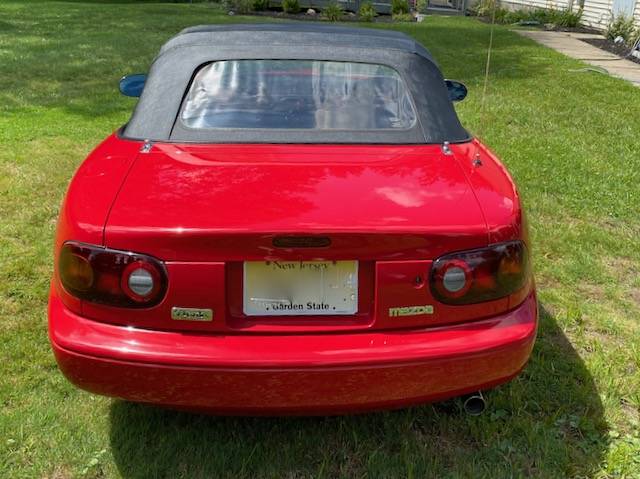 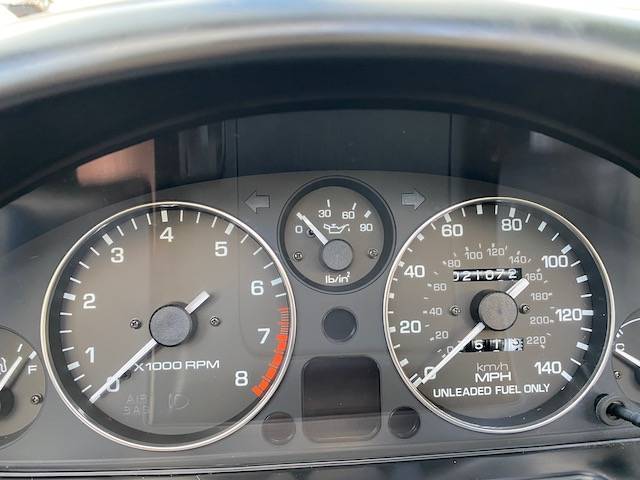 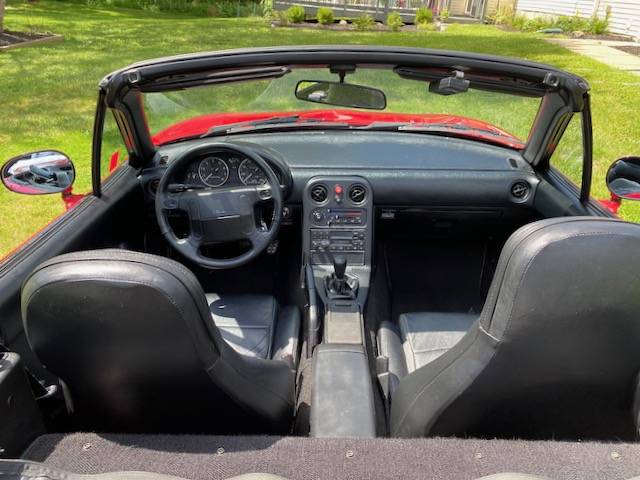 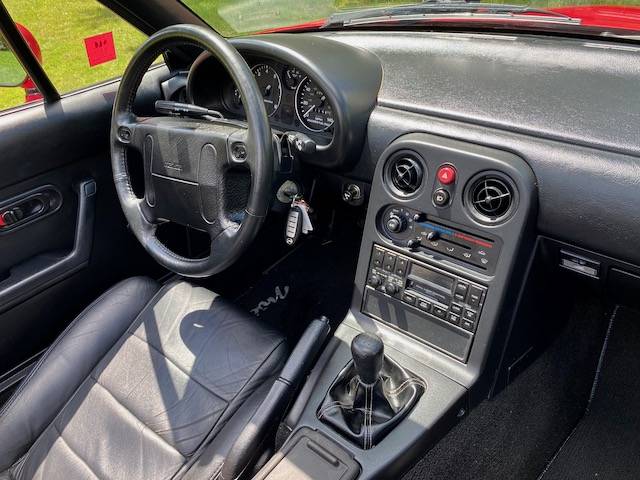 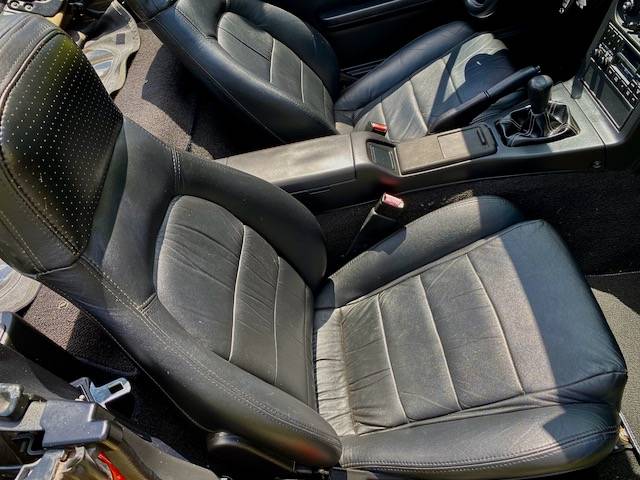 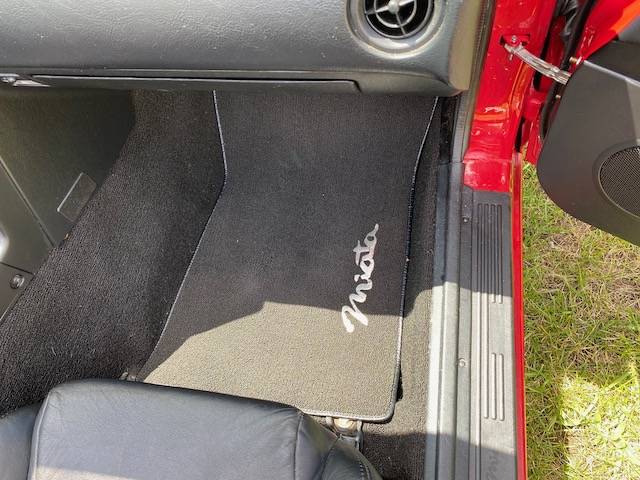 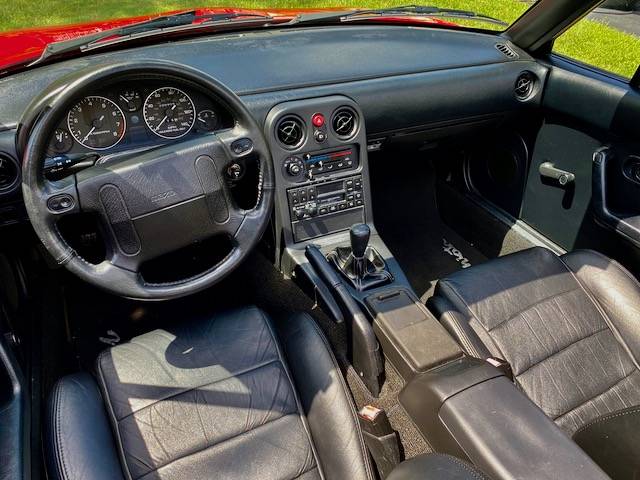 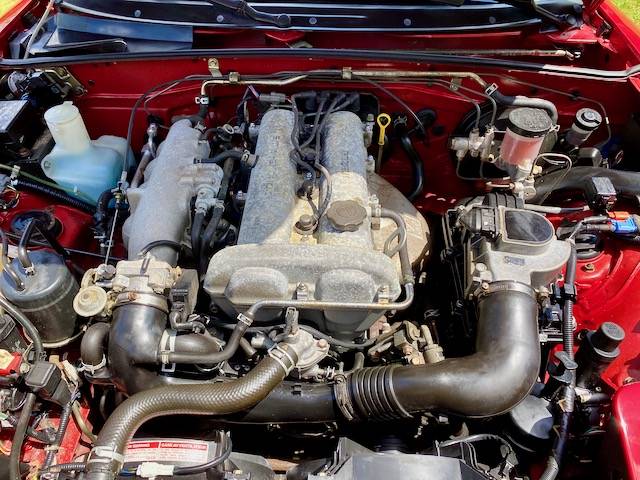 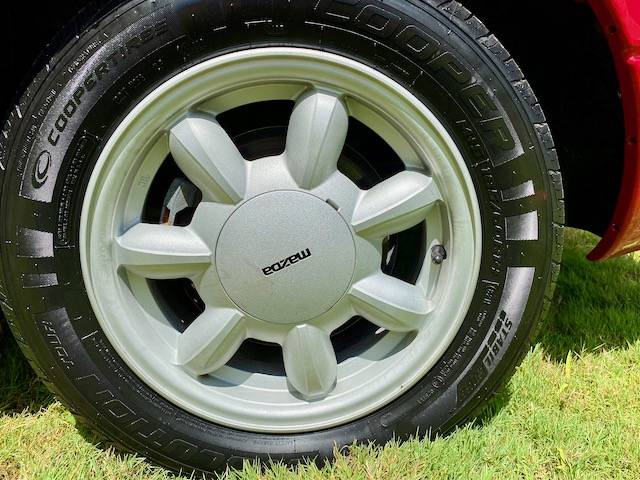 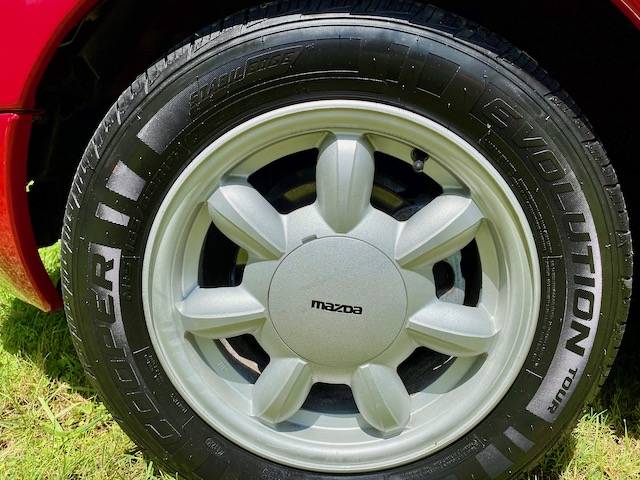 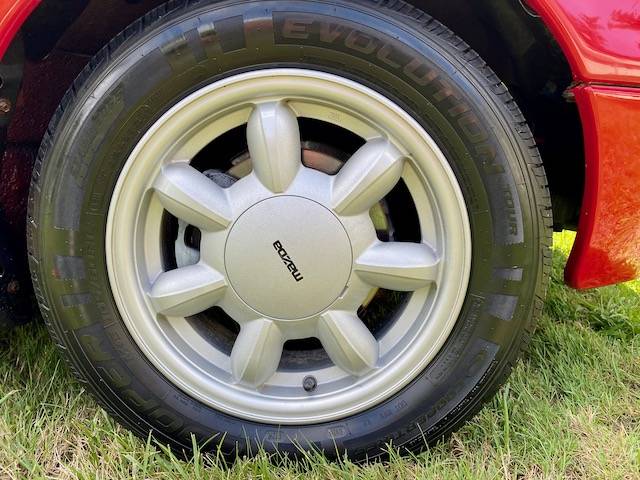 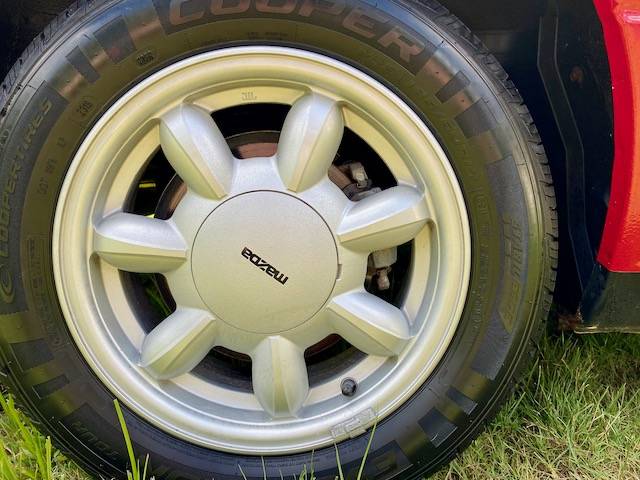 September 4th Update – While preparing for our latest Sports Car Saturday feature we confirmed the private seller of this low mileage 1991 Miata deleted their Craigslist ad, so we’re calling this one “Sold!”

Avid GuysWithRides Sports Car Saturday followers may remember this 16K original 1991 Mazda Miata we’ve been following for months that finally just sold when the seller lowered their price to $10,500 firm.  While that private seller believed they had the lowest mileage 1991 Miata around, we weren’t surprised when this virtually identical example showed up in August 2019 in Somerset, New Jersey with only 21,000 original miles and an asking price of $12,500.  While that is very likely very close to what the original owner paid for the car new, the Hagerty Insurance Online Valuation Tool confirms this example is priced between the #2 “Excellent” appraisal of $15,800 and the #3 “Good” estimate of $7,800.  Unlike the earlier example, we’re not sure of whether this is the original owner and this example only comes with brand new tires.

Mazda rocked the automotive world at the Chicago Auto Show in February 1989 with its new MX-5 sports car featuring a base price of under $14,000.  After a nearly ten-year gap left when British Leyland packed up MG and Triumph in 1980, Mazda took a gamble that consumers were still interested in two-seat classic sports cars as long as they came with better reliability, tops that sealed passengers from the elements, and great driving experience.  Mazda succeeded at all three and the first generation “NA” Mazda was a huge sale success. Thirty years on, the first generation Miata has proven to be a very reliable car, whether used on the street or the track.  Consequently, it’s getting harder to find unmolested examples such as the red example featured here.

If you missed your chance to own an NA Mazda when new, now is your opportunity to own an unmolested example of what essentially a twenty-nine-year-old new car.  This is the latest low-mileage example of an NA Miata originally bought as a weekend toy in their late forties or early fifties and now the owner may be aging out of being able to drive them.  Good luck with the purchase!

“1991 mazda mx-5 miata convertible 5 speed manual. Right out of a time capsule with only 21k miles. Amazing condition and rare to find so clean. You will be hard pressed to find another one this clean . Such a blast to drive. Tires are new and all the factory vin stickers are in place and everything works. This car is equipped with factory air, am/fm cassette plus hard and soft tops.

Serious buyers only, no joy rides.”