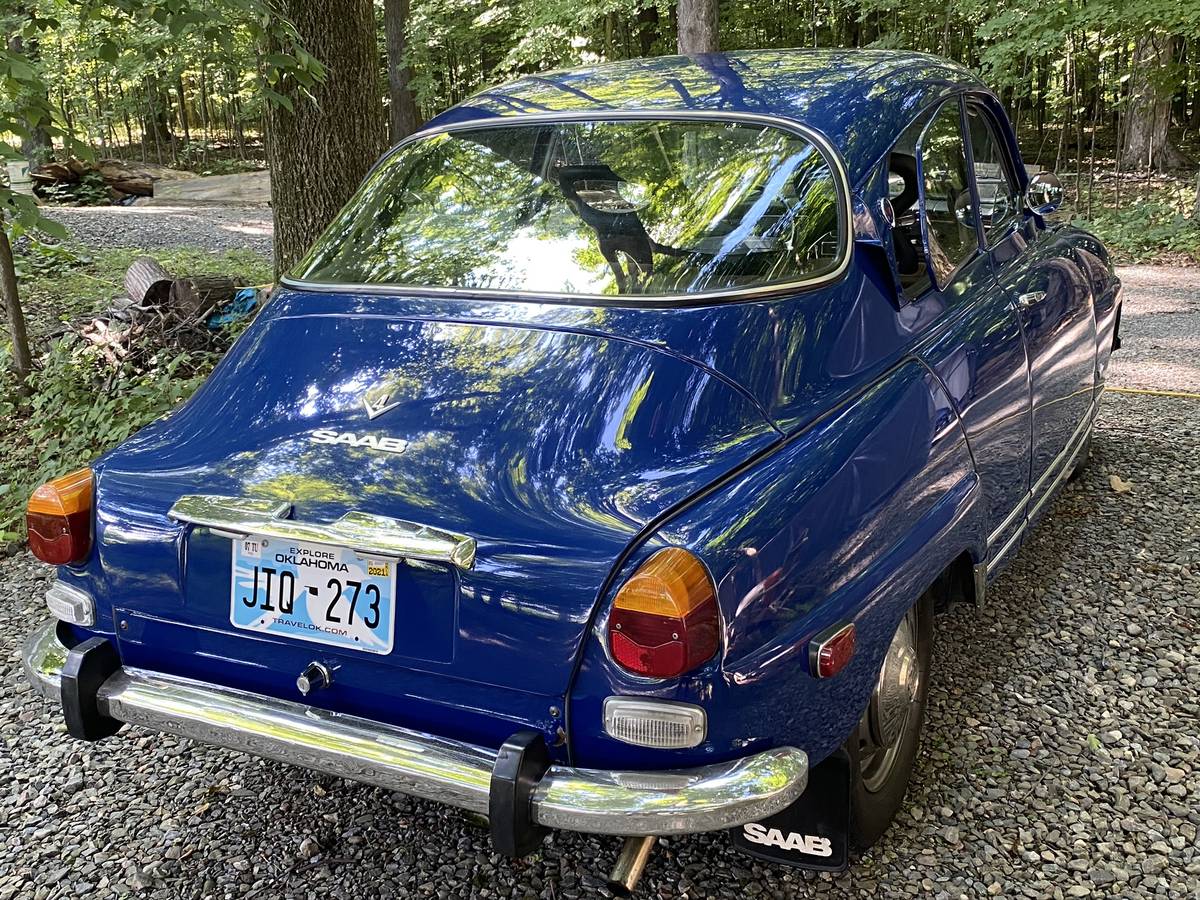 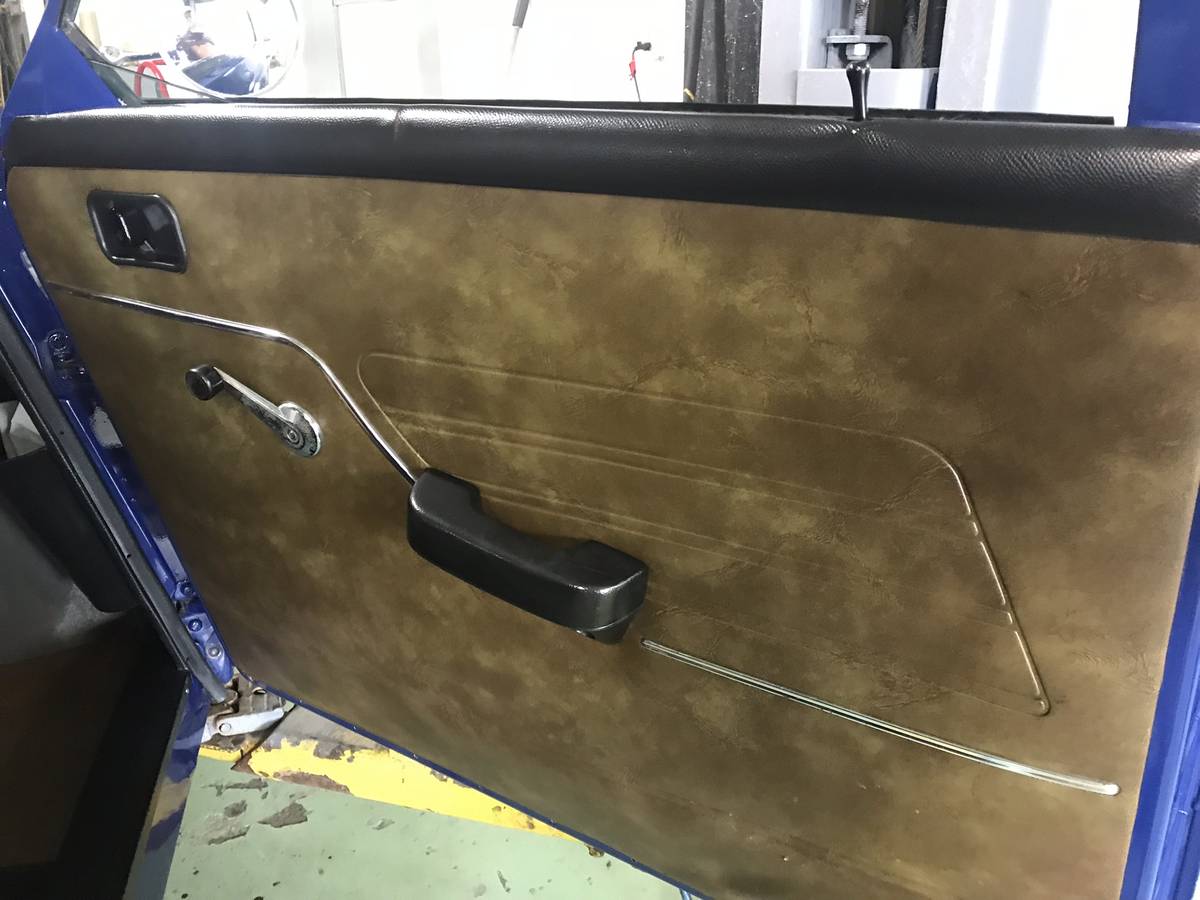 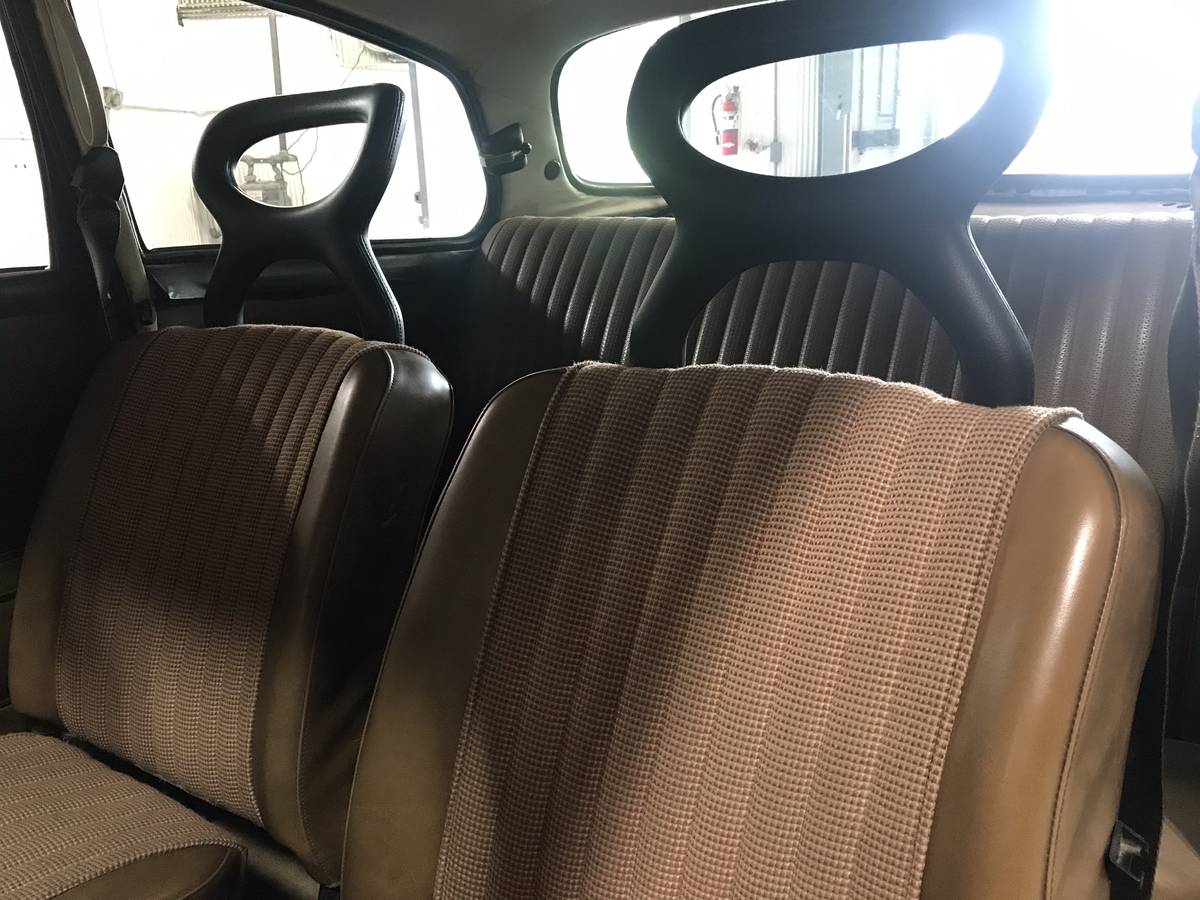 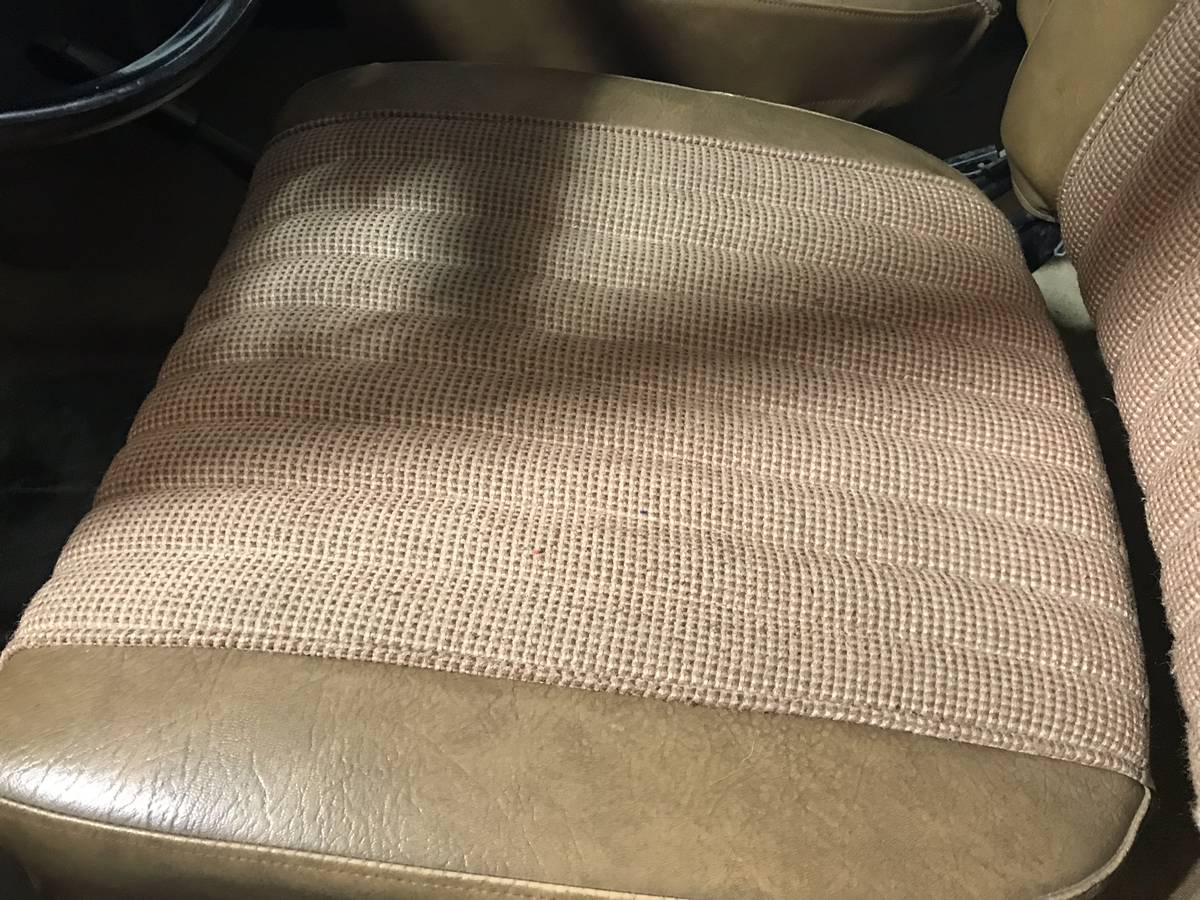 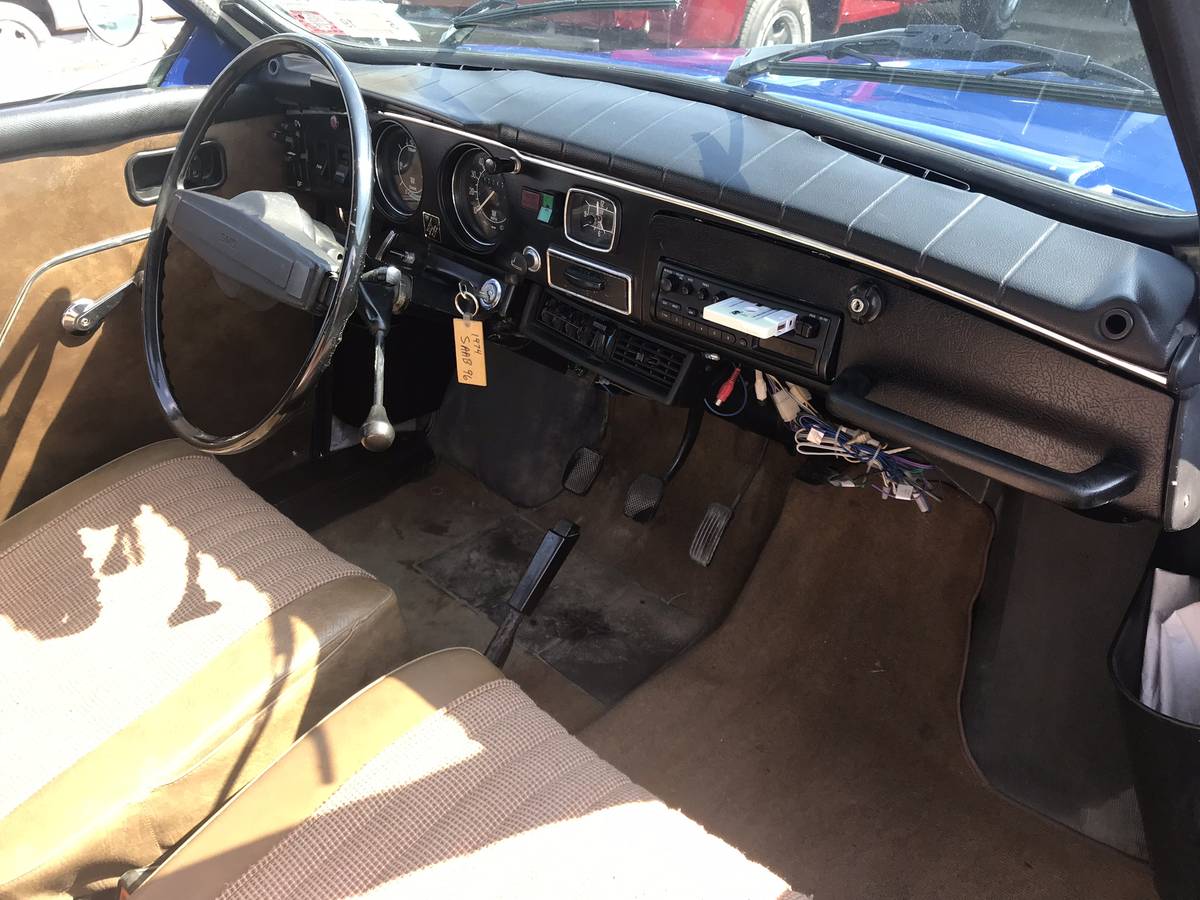 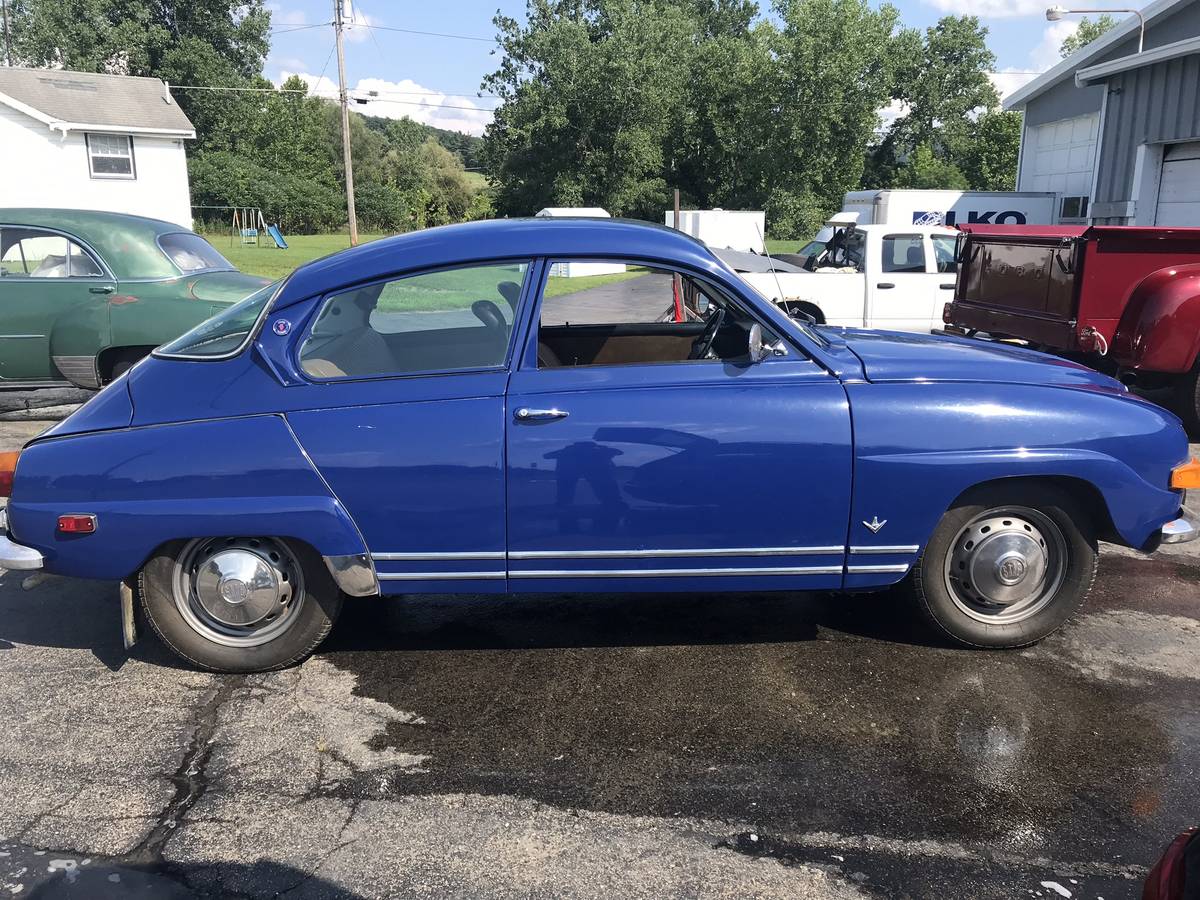 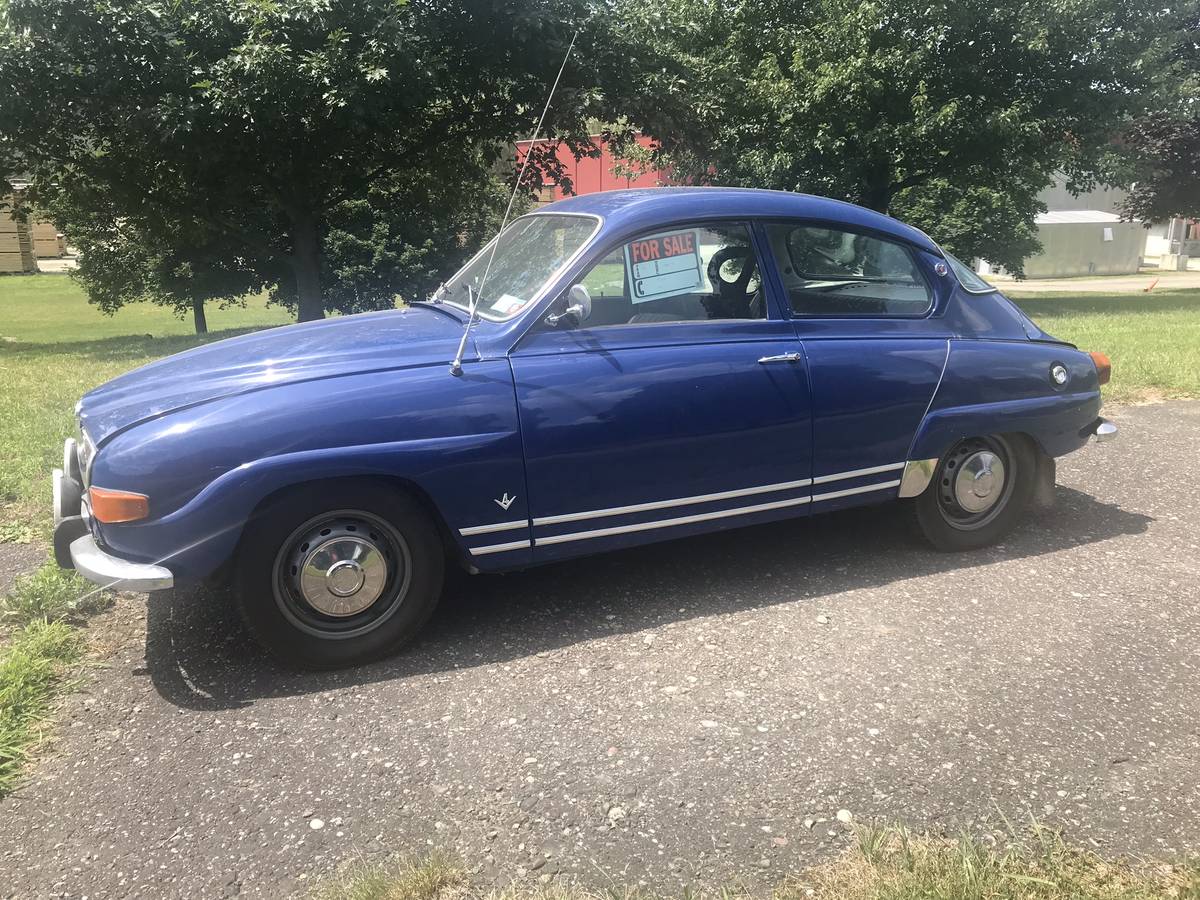 October 18th Update: While updating our Malaise Monday database, we confirmed the private seller of this ’74 Chevy Nova deleted their Craigslist ad, so we’re now able to call this one “Sold!”  This one may have got away, but if you have your heart set on something similar, email us the details of what you’re looking for or call Rudy directly at (908)295-7330.

Prior to General Motor’s disastrous acquisition and subsequent destruction of Saab, the Swedish company was known for its tough, if quirky, cars.  Saab’s 96 V4 model line, introduced in 1961, was becoming quite dated while it struggled to meet ever-increasing U.S. regulations.  Consequently, these quirky cars remain quite rare in America and we just came across what may be the nicest, lowest-mileage example in the U.S. listed recently on Craigslist outside of Ithaca in Newfield, New York with only 13,000 original miles and an asking price of $11,500.   A check of the Hagerty Insurance Online Valuation Tool confirms this private seller has his Saab priced between the #2 “Excellent” appraisal of $15,000 and the #3 “Good” estimate of $6,800.

Here’s an excerpt of the Saab 96’s history provided by Hagerty Insurance:

“Not many cars get a 20-year span of production, and fewer make it through those years with only one major change. The SAAB 96 is one of those cars, and it may look like a curiosity to modern eyes but the car survived and prospered because it works well for its purpose.

The original SAAB 96 was introduced in 1960 as a 1961 model year car. The 96 succeeded the older SAAB 92 and 93 models, and was co-produced with the similar SAAB 95 station wagon through 1978. The 96 was part of the SAAB design tradition: a two-door coupe with front wheel drive and an aerodynamic body. That’s no accident; SAAB is an acronym for Svenska Aeroplan AB – the Swedish Airplane Corporation. Much of the badging and grille design reflects that heritage, and SAAB was also engaged in airplane design and production throughout the 96 era.

The first six years’ production of SAAB 96 were delivered with the traditional inline three-cylinder, two-stroke engine. The engine displaced 841 cc and produced 38 horsepower. That engine stayed the same through 1967, with minor adjustments to increase the horsepower to 46.. A special Monte Carlo version delivered 60 horsepower. Transmission options included a three-speed or four-speed manual. Buyers could also order the Saxomat automatic centrifugal clutch through the 1965 model year.

In 1966 a secret project by SAAB’s head of engine development, Rolf Mellde, resulted in a palace coup at the automaker. The 1967-68 models could be ordered with the traditional two-stroke (now known as a “Shrike”), or for the 1967-71 models, a new Ford V-4 engine that displaced 1498 cc and produced 73 horsepower.

To meet the emissions requirements of the American market in 1971, the 96 was given a larger 1698-cc version of the same V-4 engine. This was the engine that had been used in the SAAB Sonnett sports car, but at a lower compression ratio and still delivering 73 horsepower. The engine rating declined to 65 horsepower in 1972 as a result of an even lower compression ratio. For 1973, the SAAB 96 was carried over with no changes, and this was the last year the car was formally imported into the US, although production continued in Europe through January of 1980.

Often referred to as a “turtleback” design, the SAAB 96 won many rallies and other races with its excellent handling and tough, dependable mechanicals. Vintage SAABs count as a cult classic, so according to their preference, collectors may choose the rarer two-stroke versions or any of the V-4 options. Many of these cars are in the hands of rally enthusiasts, where they are still popular in vintage competition. The vehicles equipped with the Saxomat clutch may have limited parts availability, and this could play a factor in the buyer’s decision to purchase.”

An unusual feature of the Saab drivetrain was a ‘freewheel’ or an over-running clutch. This allowed the transmission to run faster than the engine, such as when decelerating, or descending a long hill. Although such freewheels had been provided in other cars before as an economy measure, they were required in the Saab because of the limited lubrication in the two-stroke engine. A gas/oil-lubricated two-stroke requires lubrication according to its speed but provides this lubrication according to the amount of its throttle opening. Where the engine operates at high RPM and low throttle (such as when coasting down a long hill), the lubrication provided may be inadequate. With the freewheel, a coasting engine could reduce its speed to idling, thus requiring only the small lubrication available from the closed, coasting, throttle. In certain higher-performance models and in later two-stroke models, direct injection of oil into the engine from a separate reservoir allowed lubrication to be a function of engine RPM and rendered mixing of oil with gasoline unnecessary.

Freewheeling was retained in the four-stroke variant, until the end of production.  A minor drawback to the freewheel, particularly for drivers unfamiliar with the Saab, is that it makes engine braking unavailable although it could be manually engaged or disengaged by a control in the foot-well. Fixed wheel engagement, using the foot, could be difficult, as it involved pulling a ‘T handle’ intended for manual operation

If you’re into Saabs and want a like-new car experience,  you will be hard-pressed to find a more original low mileage example than this 1972 edition. Good luck with the purchase!