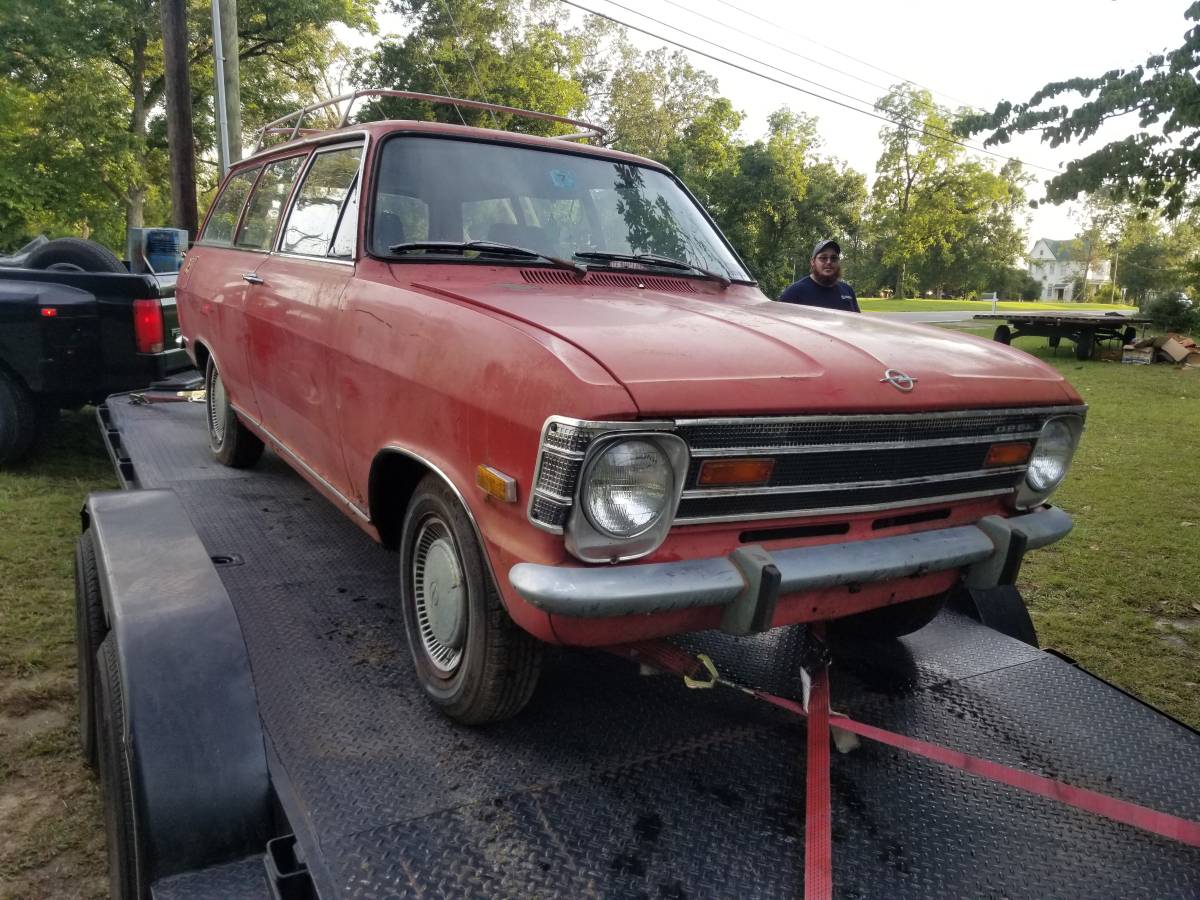 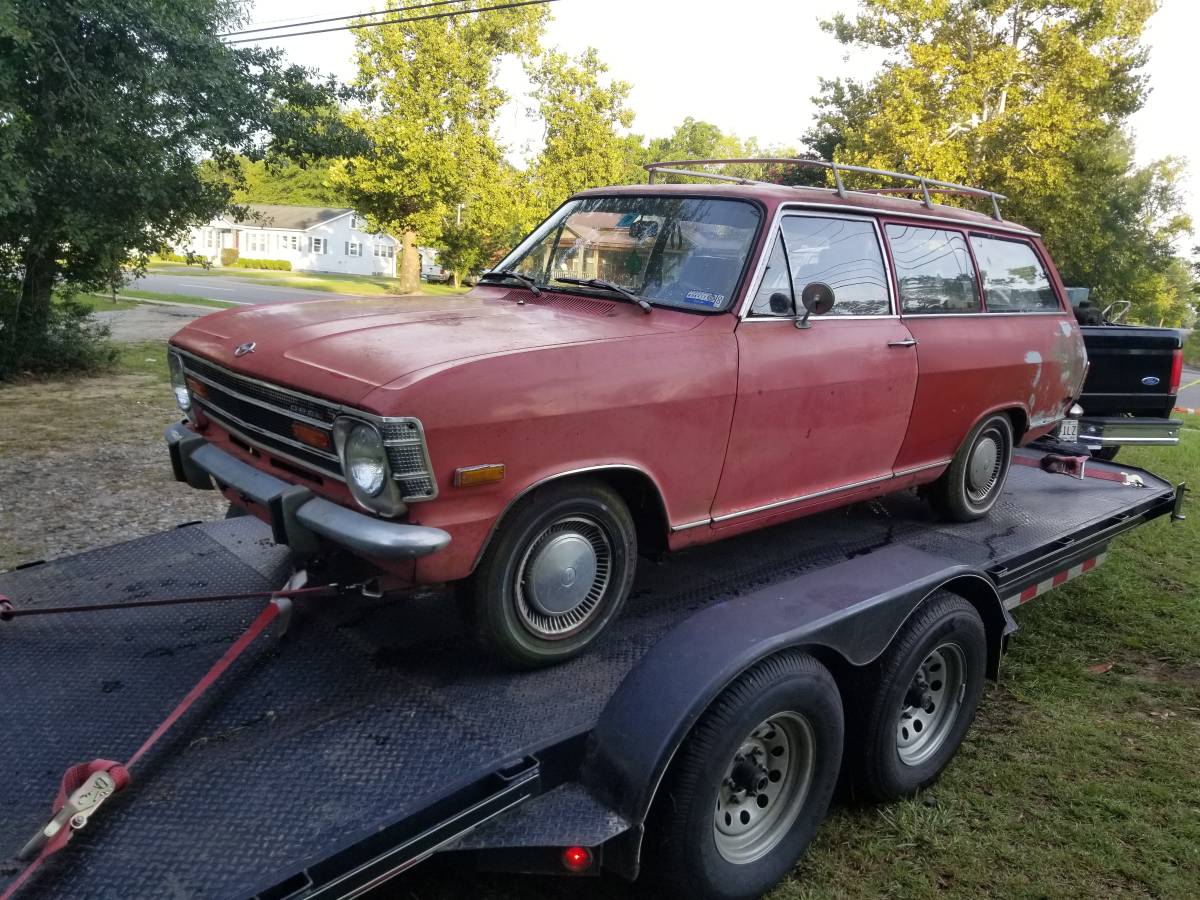 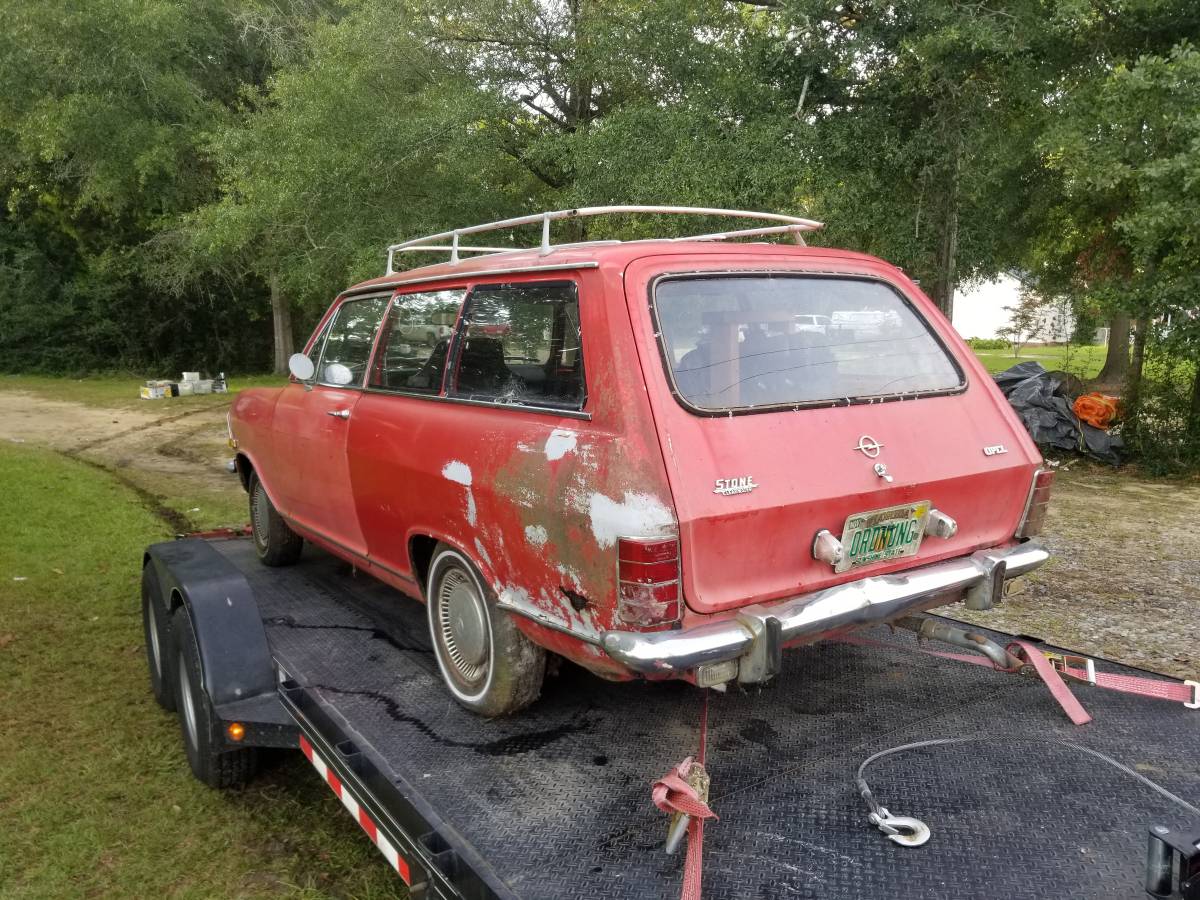 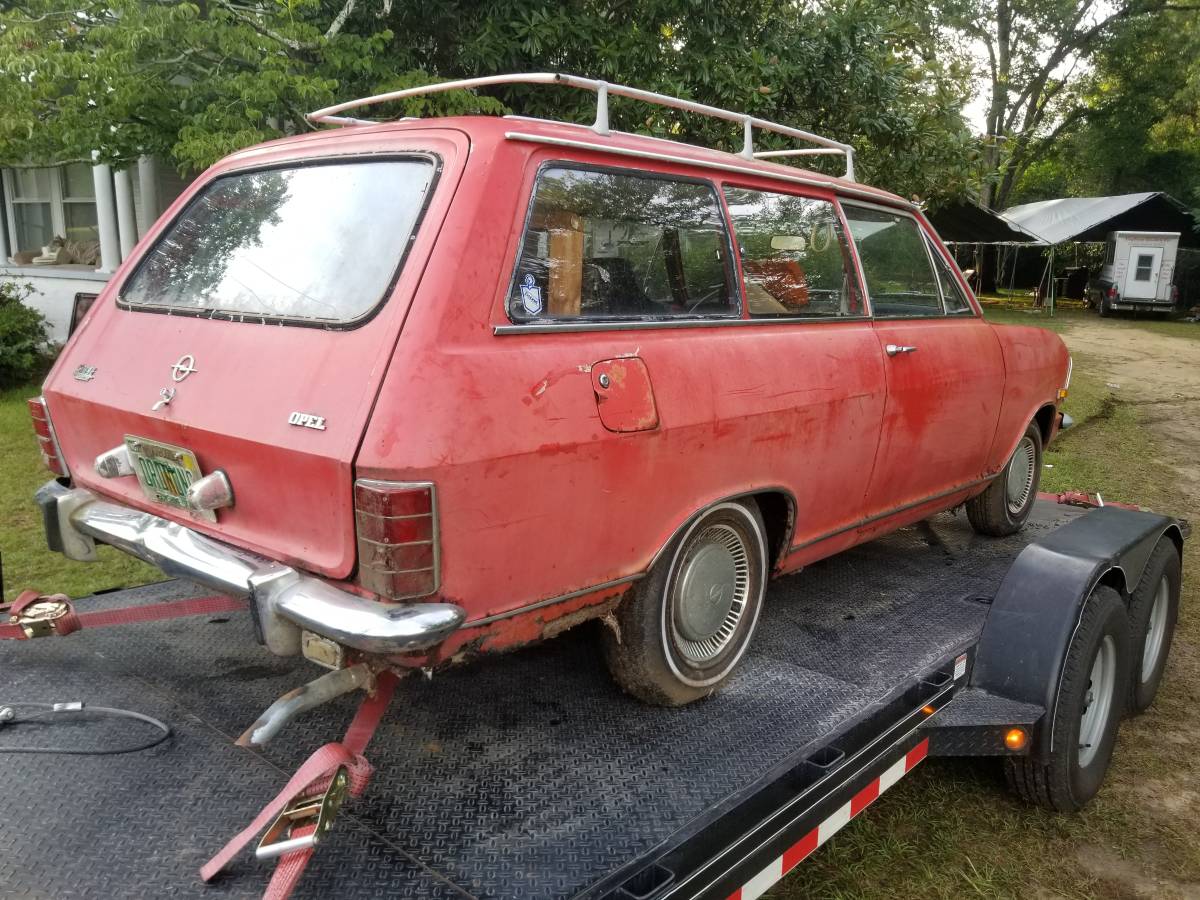 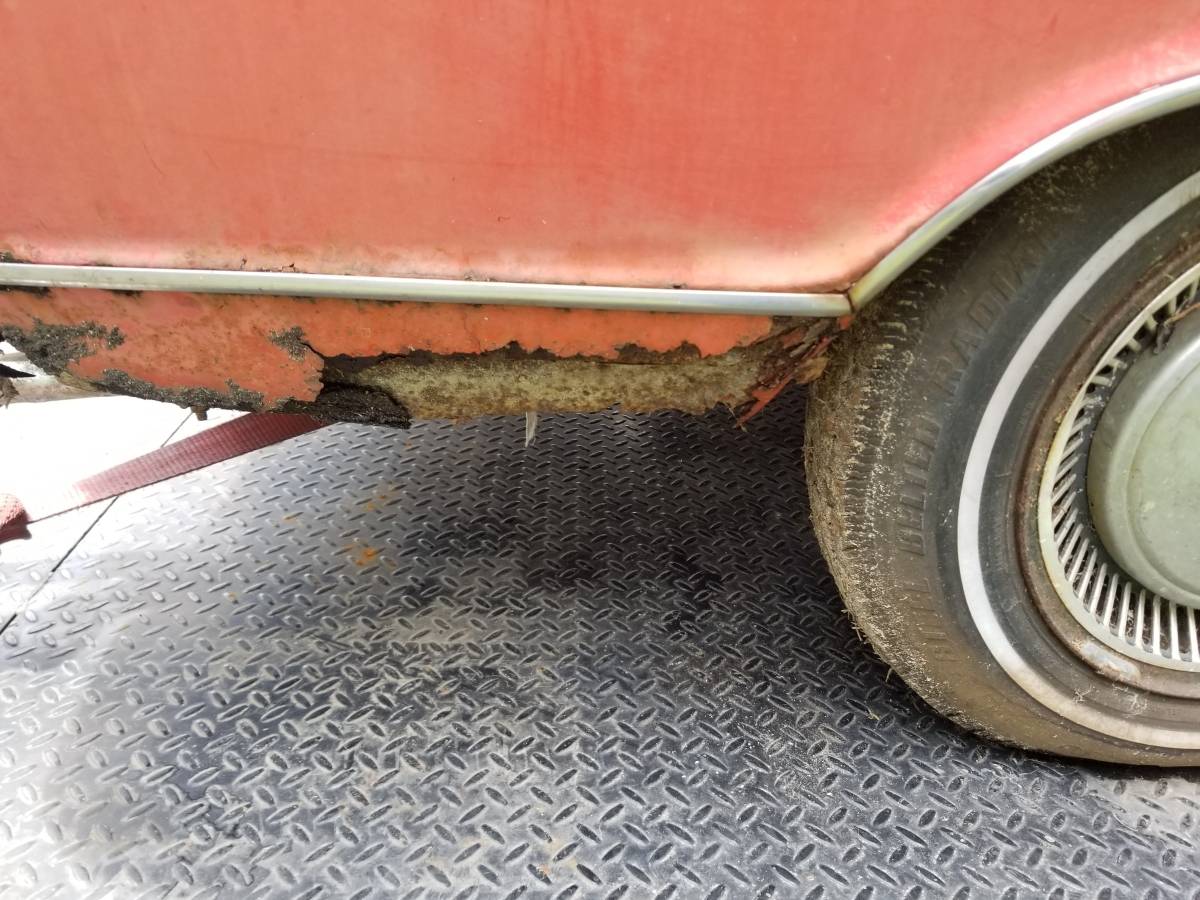 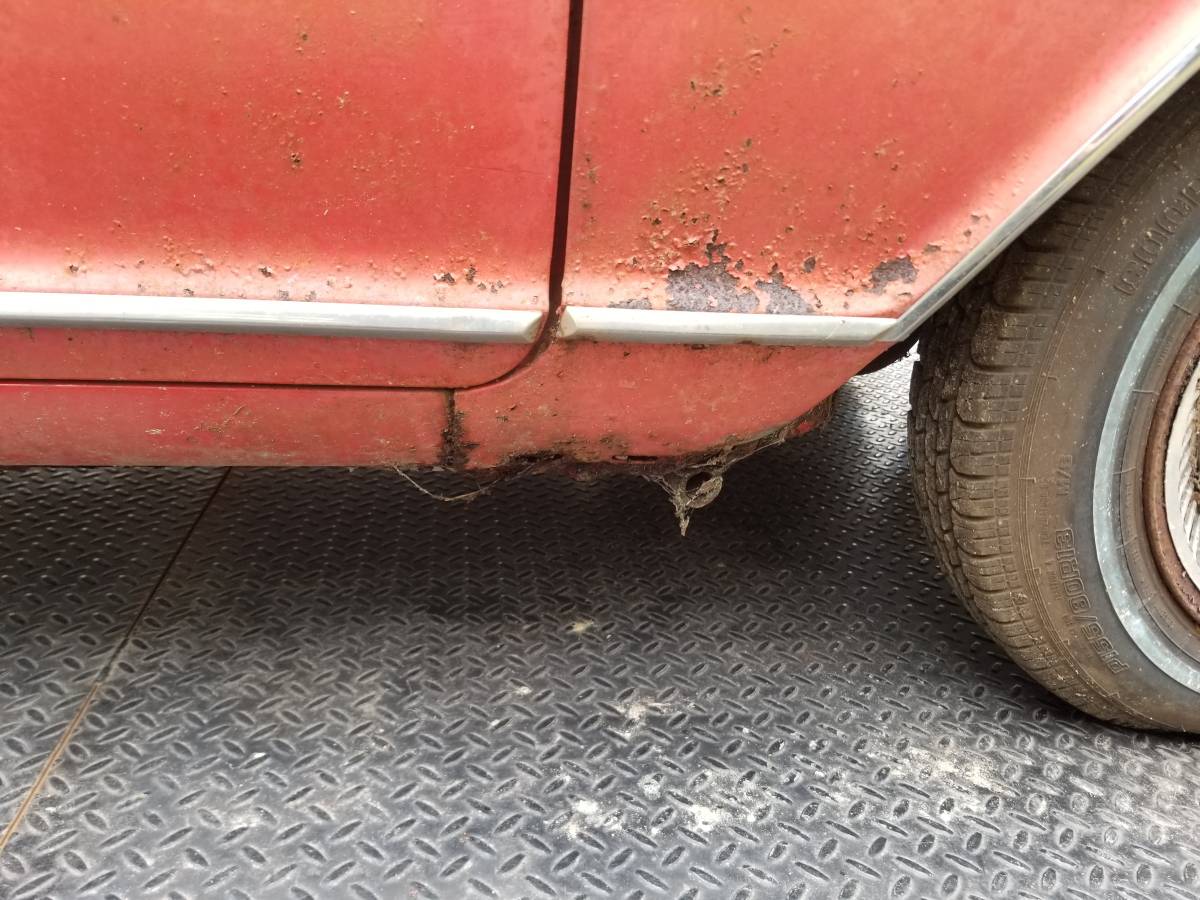 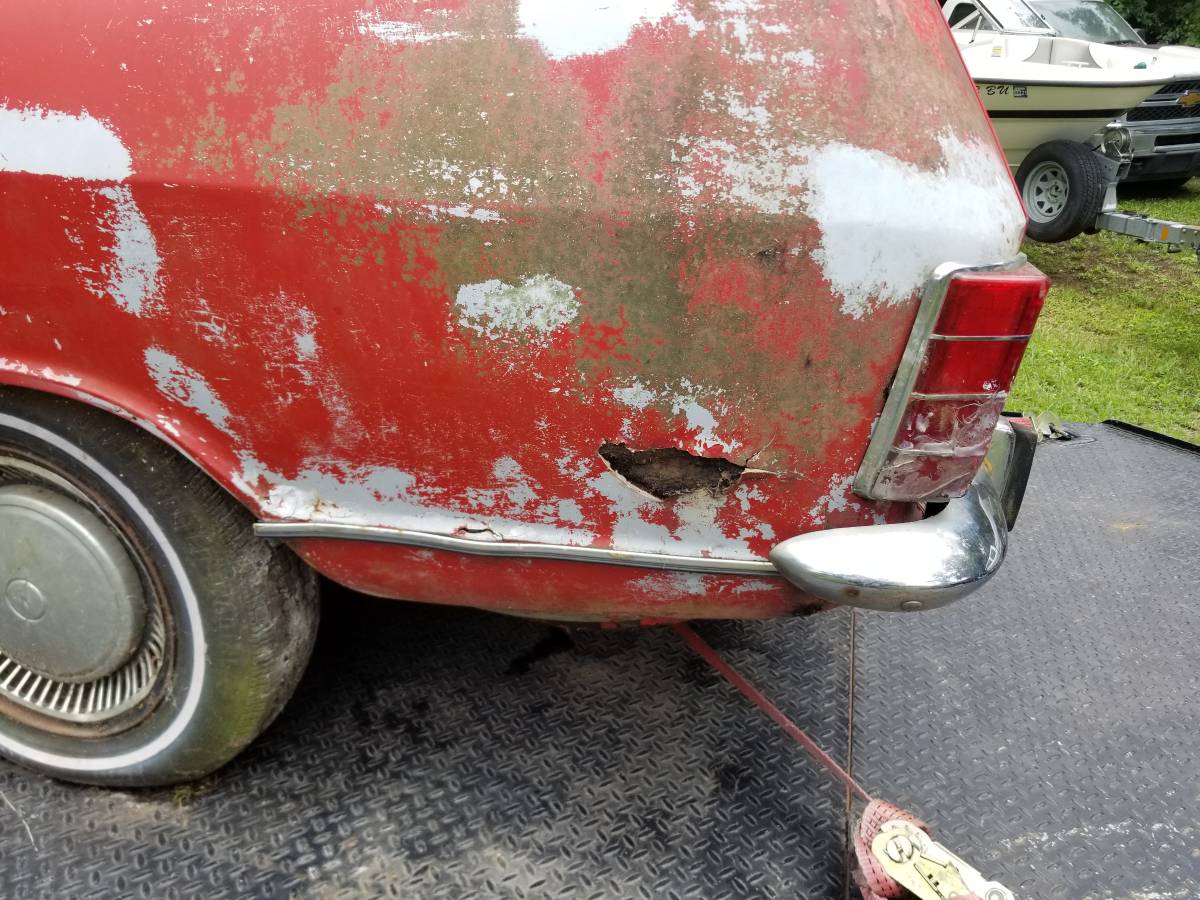 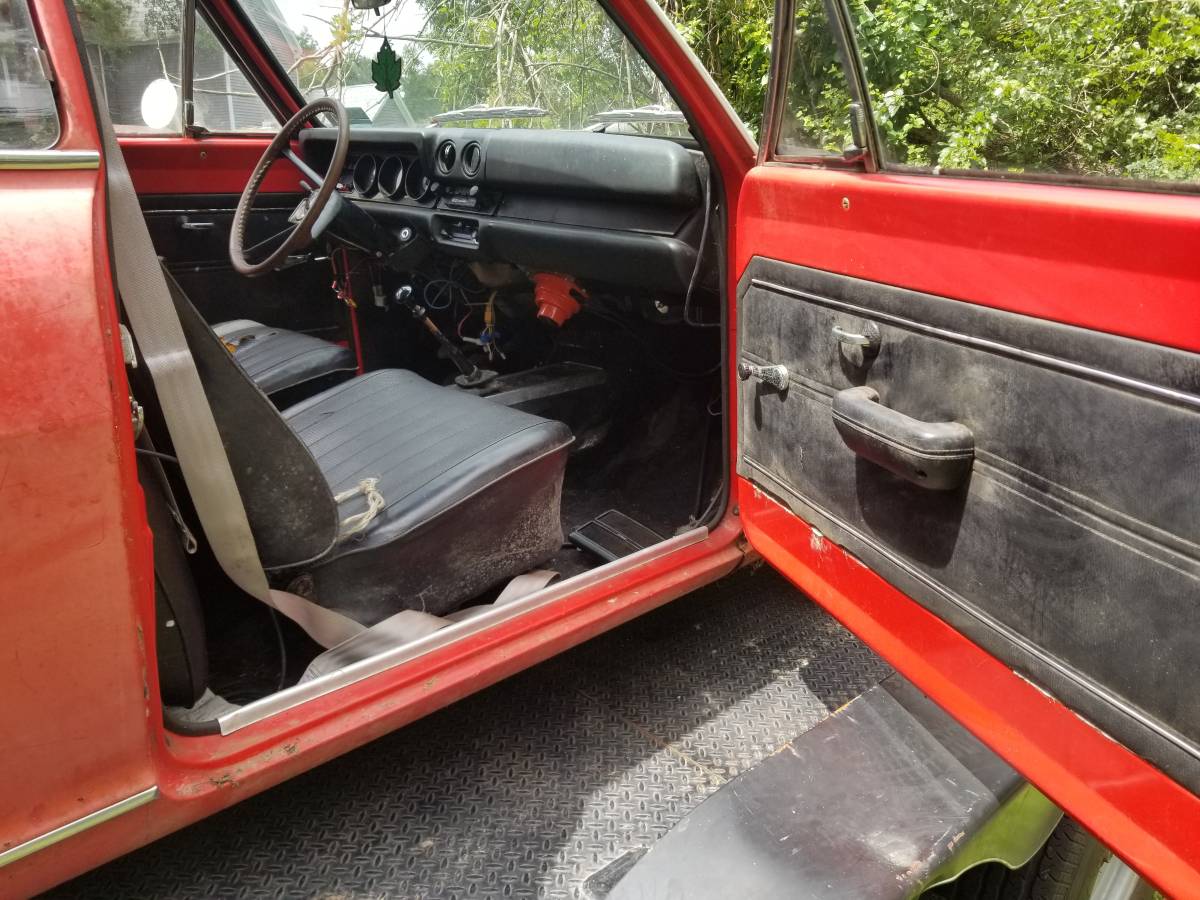 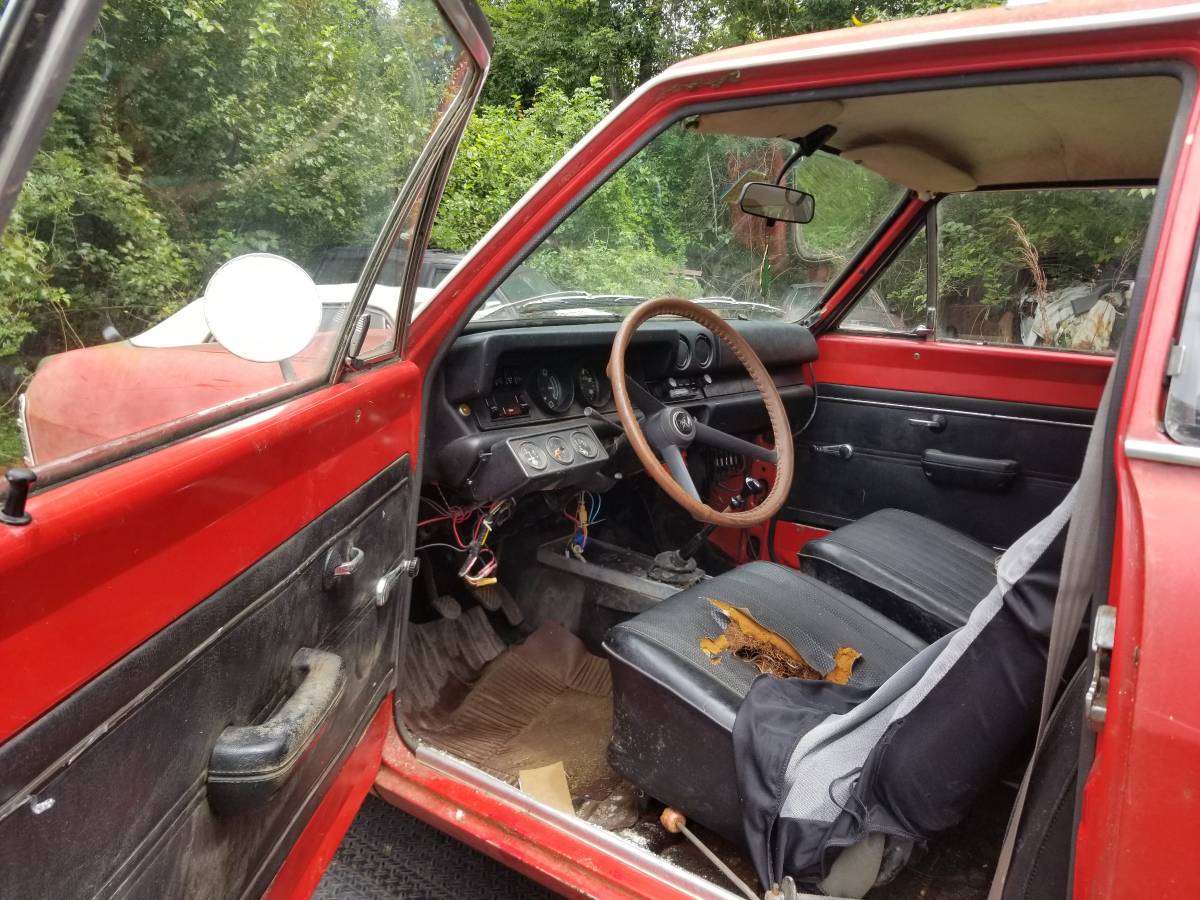 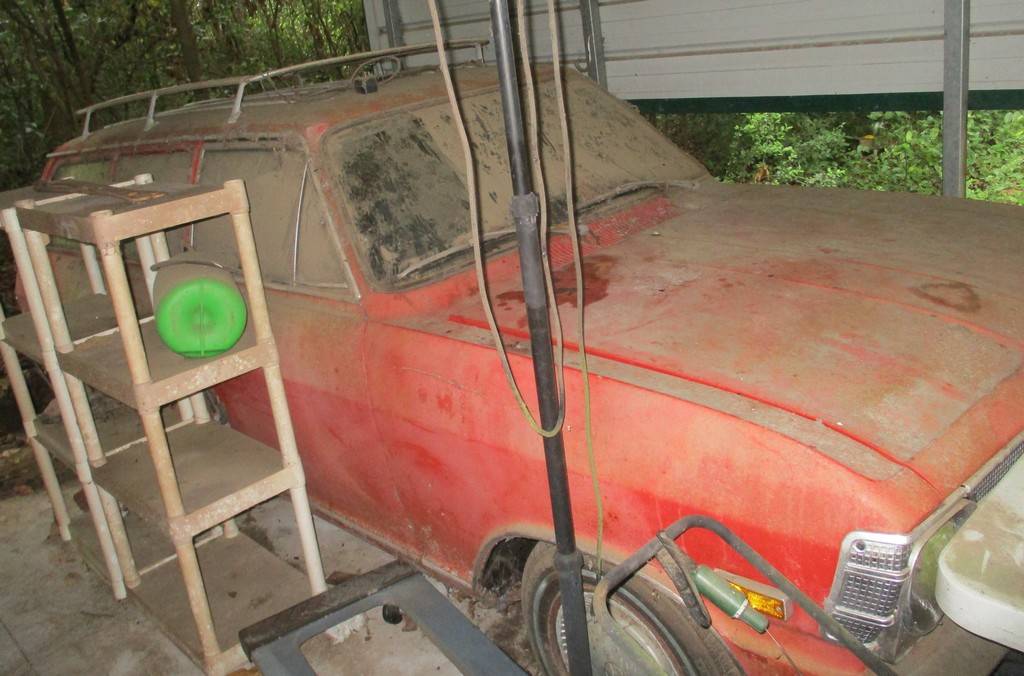 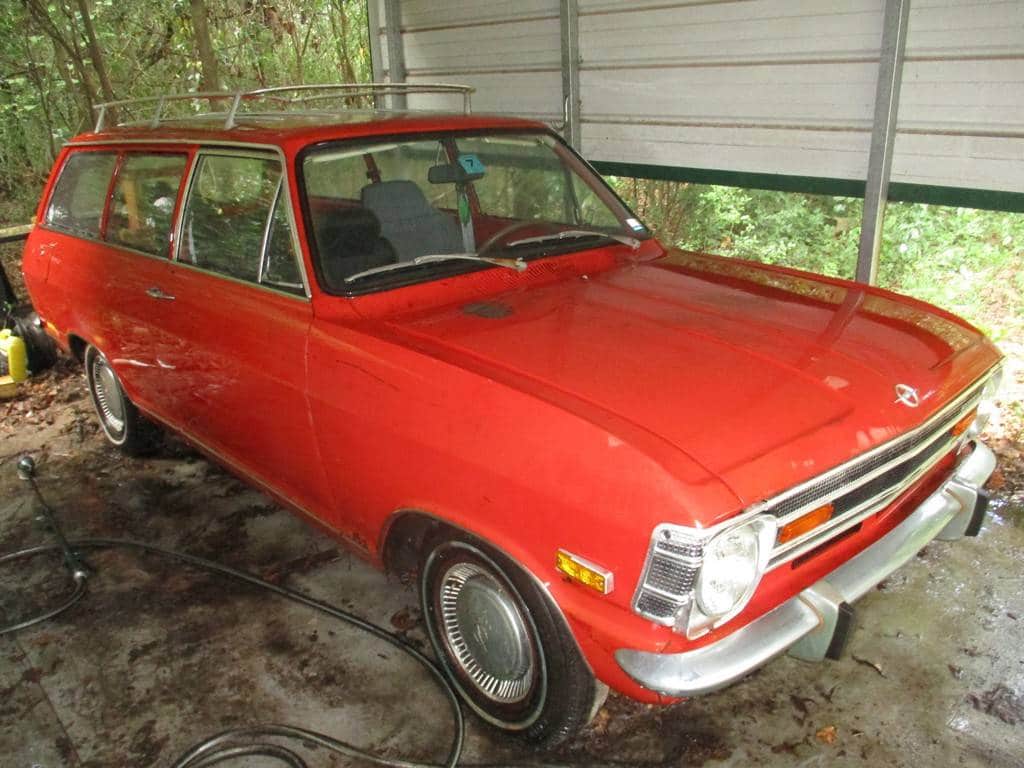 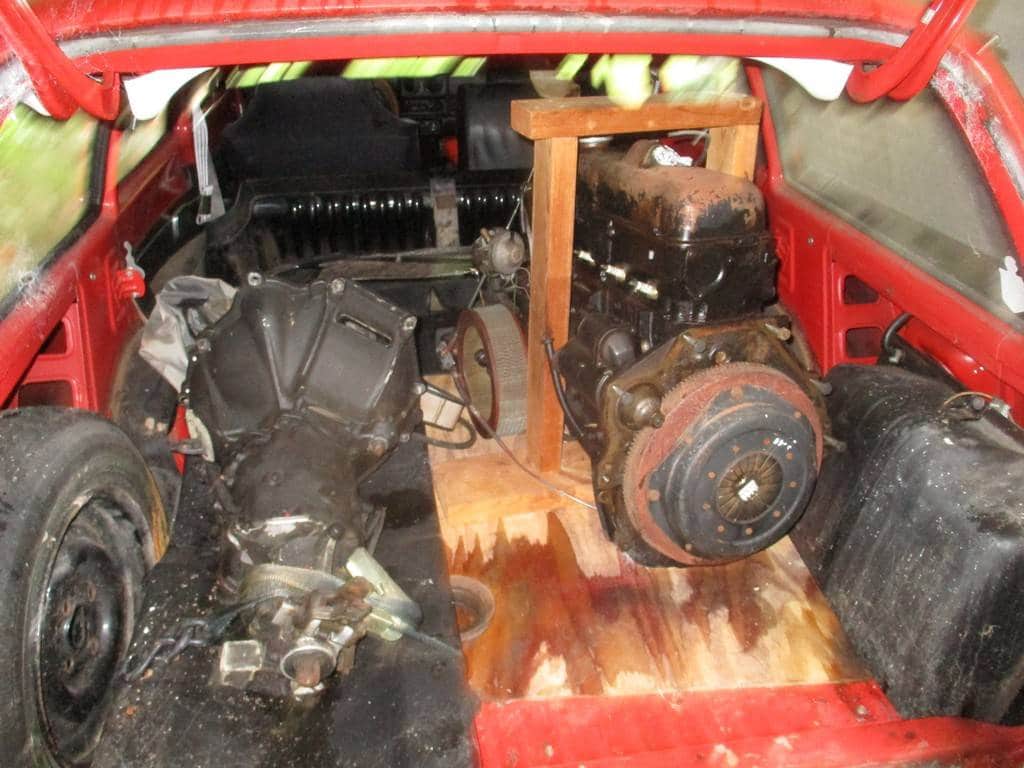 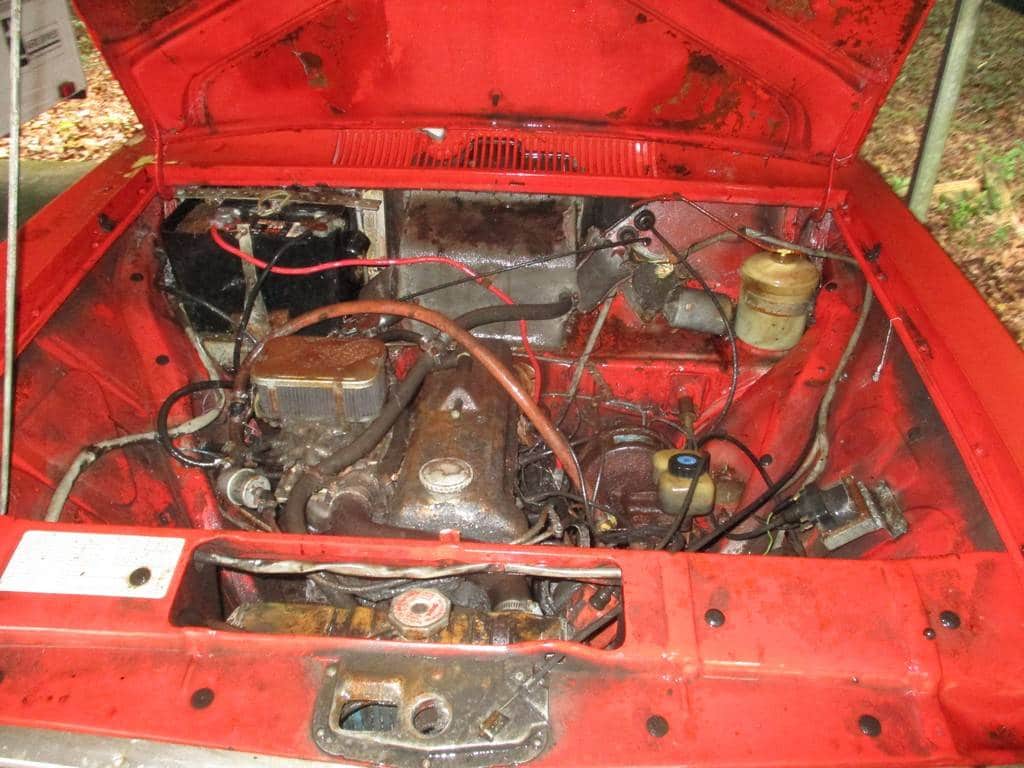 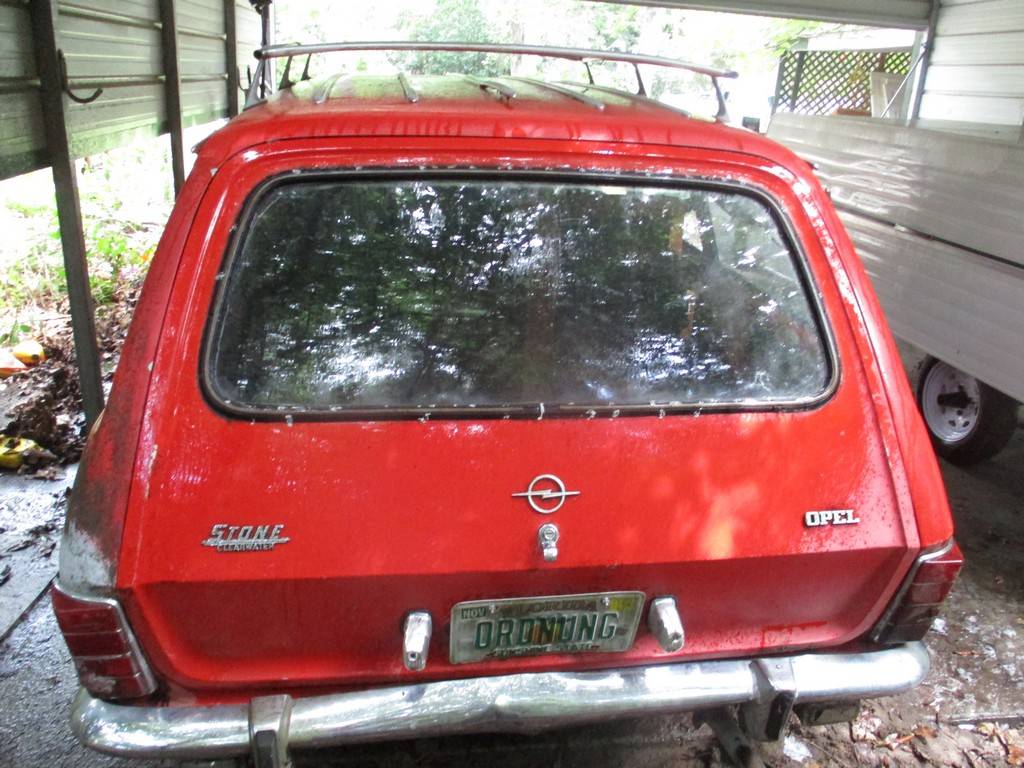 September 22nd Update – While preparing our latest Wagon Wednesday features, we confirmed the listing for this “Classifind” expired.  With no new listing found to replace it, we’re assuming this Opel Kadett found a new home.

August 26th Update – Shortly after we first featured this rare ’71 Opel Wagon, the seller reduced their asking price $400 to $2,500 in their original listing.

While a popular compact in its home country of Germany, Opel Kadette’s never took off being sold through Buick dealers in the U.S.  This three-door, Kadett Caravan station wagon project recently listed on Craigslist in Columbia, South Carolina is offered with a spare power train for $2,500.   These appear to have a bit of upside of you restore it, as the Hagerty Insurance Online Valuation Tool currently lists the “Low”, “Average”, and “High” retail value range of these cars as $12,362, $15,755, and $26,680, respectively.

GM’s German Arm Opel launched the Kadett B in late summer 1965.  While the unapologetic slab-sided functionalism of the Kadett B disappointed some, customers were not deterred, possibly because the simple car body enabled the car to provide an aggressively priced practical and modern car with far more interior space than the Volkswagen Squareback it competed against.

In addition to two-door and four-door sedans, Opel offered a three-door Caravan (kombi/estate/station wagon) wagon. Opel sold the Kadett B in the United States through a large number of selected Buick dealers from 1966 until Autumn 1972 ( 72 models were only imported by special order by the dealer ), branded simply as the Opel in the 1970 and 71 model years. The U.S. models from the 1968 model year were given the front end and trim similar to the new Opel Olympia with the turn signals put into the grille beside the headlights.

Starting in 1969 additional lighting changes were made to include side marker lights.  Larger wrap-around taillights were unique to the US Market to meet new US regulations. The US cars also received sealed-beam headlights at the front, and the car took part in the Trans-Am Series during its commercial life. The Kadett Bs, like the predecessor Kadett A, were technically simple cars whose task was to compete with the market leader, the Volkswagen Beetle. The mainstay of the US Kadett at this time was the coupe-bodied fastback and station wagon/caravan. Sedans and specifically the four-door sedan were offered only sporadically. In the case of the four-door it was only offered in 1967 ( All were 1.1L and trim matched the European Opel Kadett of the time ) and 1971 model years (all were 1.9L and less than 700 were imported and sold ).  Roughly 430,000 Opel Kadett Bs were imported to the U.S.  Car and Driver published a highly critical test of an Opel Kadett L 1500 Caravan in February 1968, featuring photos of the car in a junkyard. Reportedly, GM withdrew ads from that magazine for several months as a consequence.

Given this project Kadett is in need of complete restoration, we wonder whether once complete you could do better trying to the seller it to a German Opel fan back in their home country. Whatever you decide to do with this project, good luck with the purchase!

“1971 Opel Kadett B Caravan. Neat little 2dr station wagon. This one has the bigger 1.9 engine and 4spd trans. It also comes with an extra 1.9 and 4spd. Car is complete. Has been sitting under shed since 2002. See pics for where it was found. Have not tried to do anything to it. The key that came with the car does not turn the ignition switch. Car needs restored or use for parts. Fairly solid. Mostly original paint. Drivers rear quarter panel was damaged and poorly repaired at some point. See pics. Has little rust on passenger rear quarter as shown. Neat little car and a rare site in the US. These were sold new at Buick dealers back in the day. This one was sold new at Stone Buick in Clearwater Florida. I dont think it would take a ton to get it running but like I said. The car needs gone threw top to bottom. Floors are solid as is rest of car. Have title in hand.“