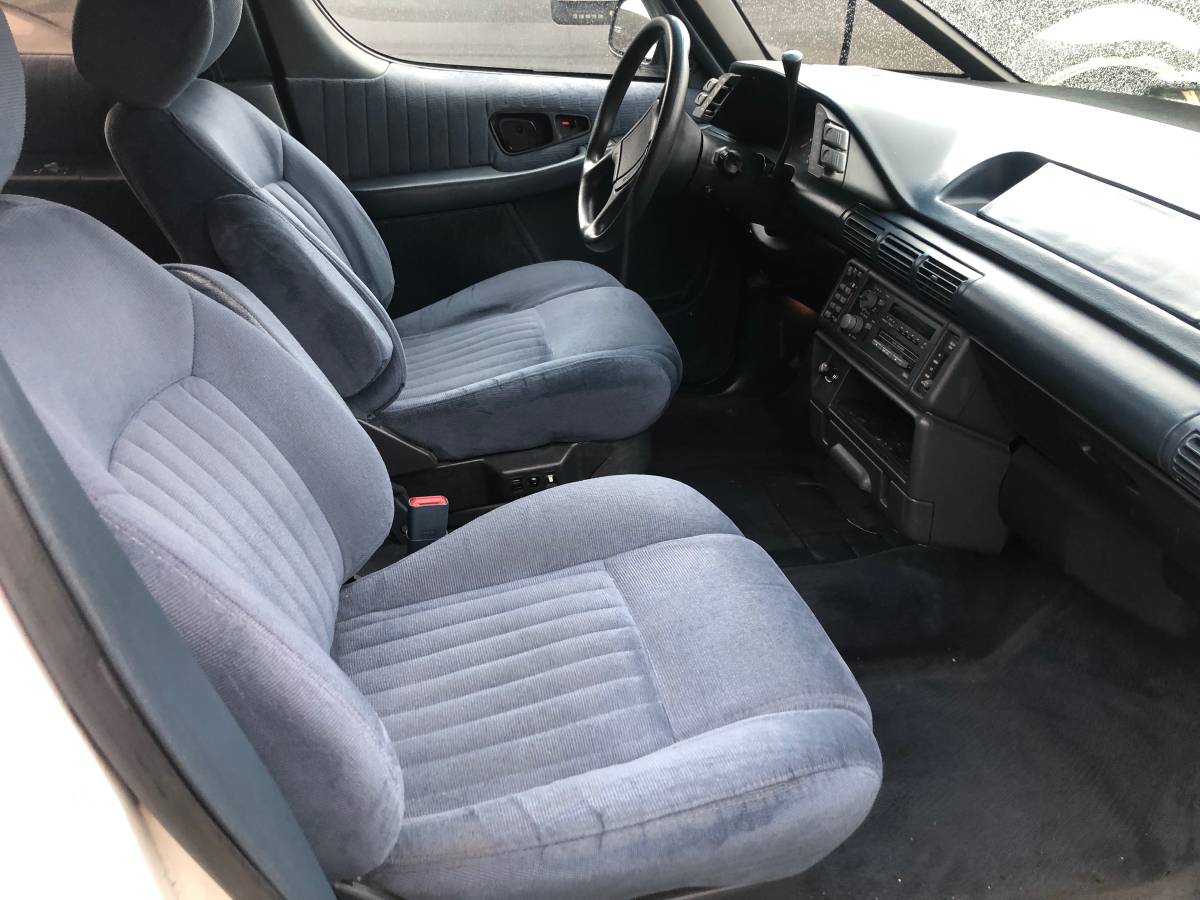 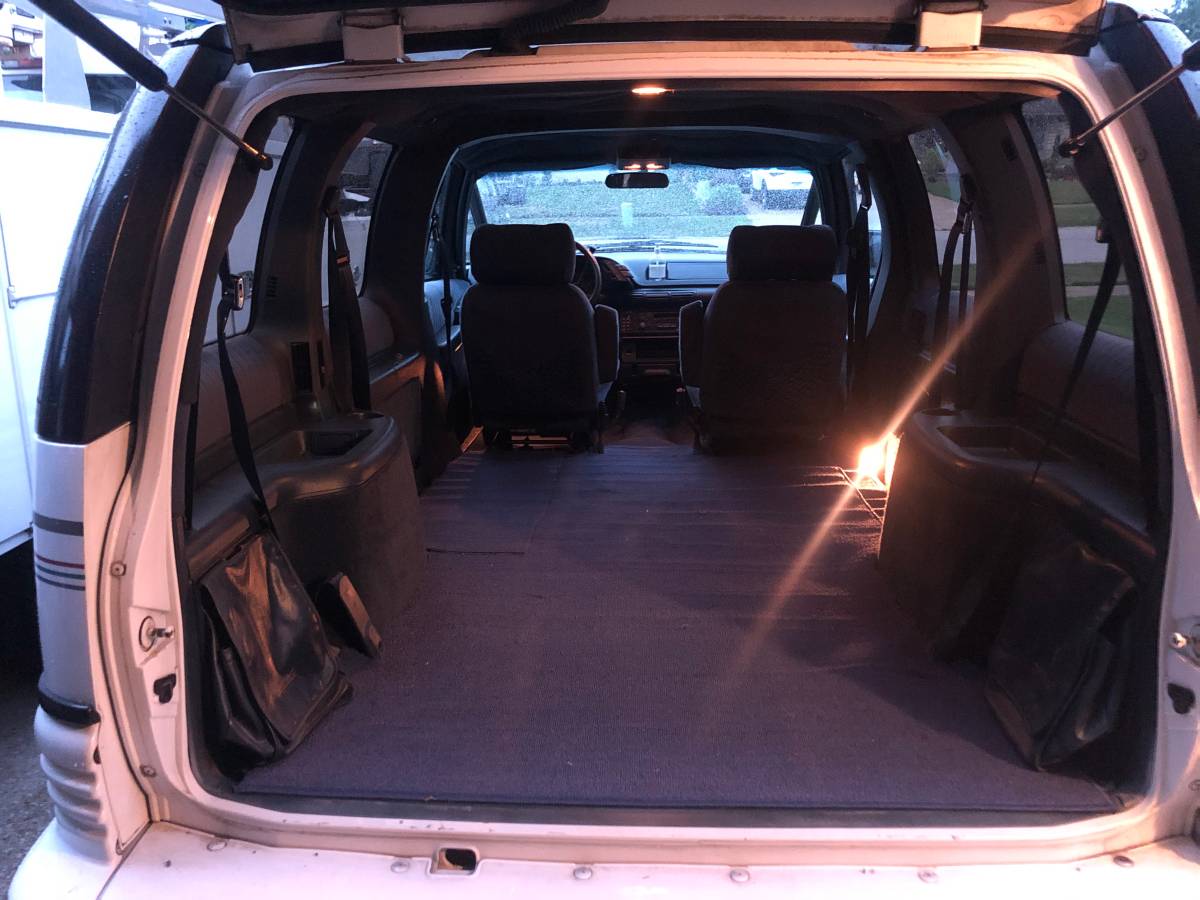 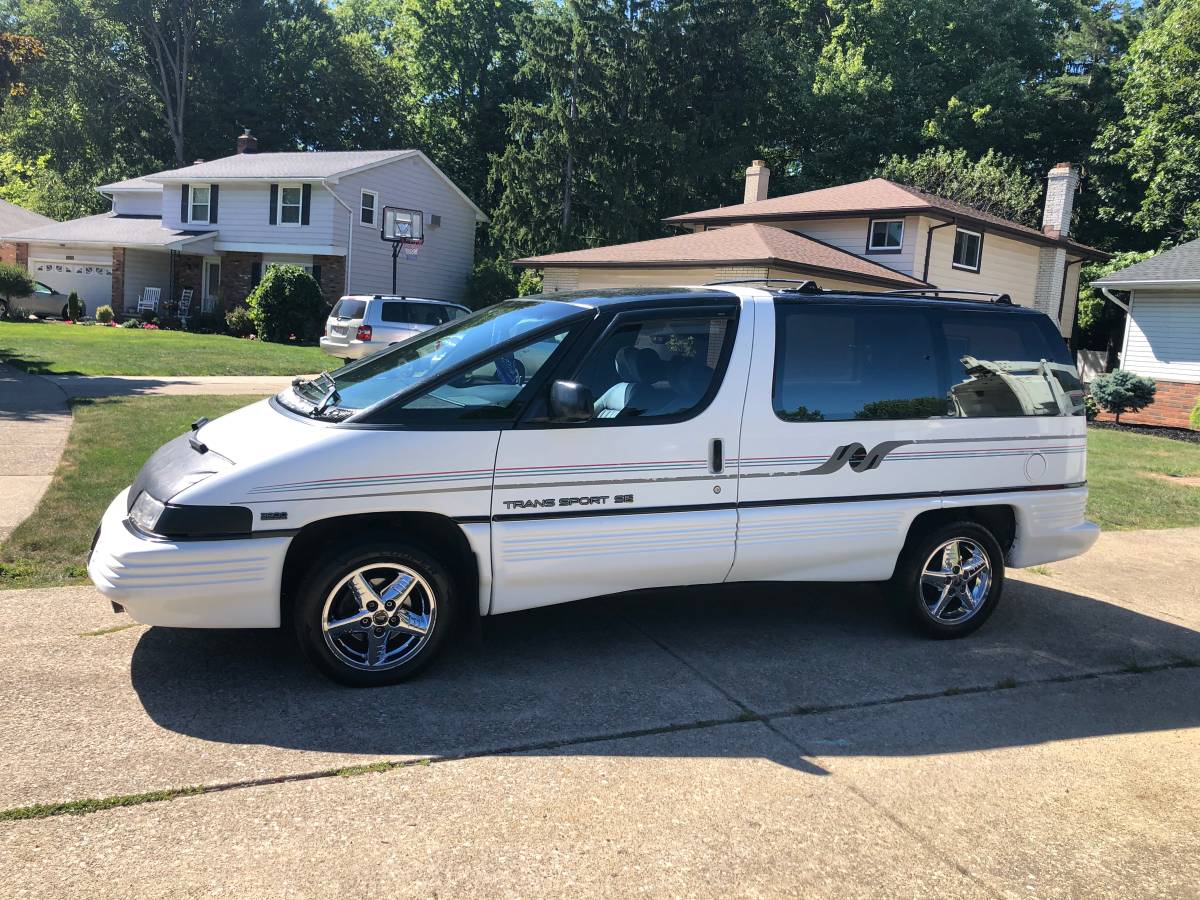 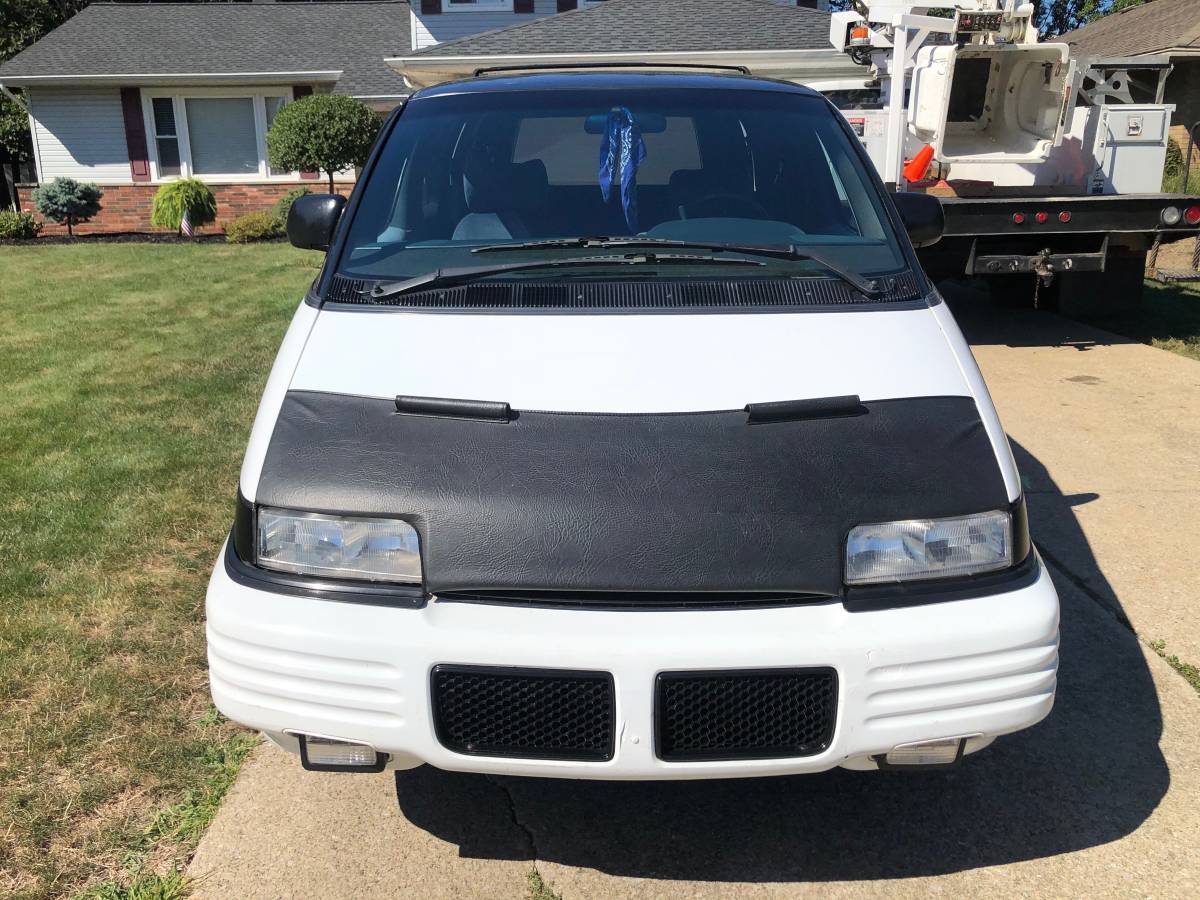 August 28th Update – as you’ll note in the comment below, the private seller of this rare Pontiac “Dust Buster” van decided to keep it, so he removed his Craiglist post.  Happy trails to the seller as well!

Loathed when launched in 1990, General Motors’ new line of innovative U-body mini-vans received the nick-name “Dust Buster” as their profile mimicked the shape of the popular hand-held vacuum cleaner.  Fast-forward to today and these now hard to find mini-vans enjoy a cult-like following among the RADWood community.  Of three GM offerings, Pontiac Trans Sports in SE trim such as this white 1992 example posted originally listed in August 2020 on Craigslist in Cleveland, Ohio remain the rarest. While asking $3,000 might not seem like a lot, comparing this price against the NADA Guides Classic Car Online Valuation Tool confirms this private seller actually has his Trans Sport priced above the current “Low”, “Average”, and “High” retail value range of $1,000, $1,525, and $2,475, respectively.

GM created the U-Body Pontiac Trans Sport, Chevrolet Lumina APV, and Oldsmobile Silhouette for the 1990 model year to compete with the then-dominant Chrysler minivans launched six years earlier.  The larger Chevrolet Astro and corporate cousin GMC Safari were based on a body-on-frame, rear-wheel-drive truck platform, and thus did not appeal to the same market segment as Chrysler’s vans.

GM adapted the use of its innovative space frame construction launched on the still-born Fiero for the U-body platform. Constructed from a galvanized steel space frame, GM’s first-generation mini-vans featured dent and rust-resistant polymer plastic body panels on the side combined with a galvanized steel roof.

A focal point of the U-body minivans at the time of their release was their styling. The Chrysler minivans with which they competed had more traditional, conservative styling cues, and GM felt that there existed an untapped market for a sport-styled van. This styling was received negatively by automotive critics, and the vans came to be called “dustbusters” colloquially, after the handheld vacuum cleaner of the same name. Moreover, the unusually long and harshly sloped windshield, and resultant long distance to the windshield’s base from the driver’s position, made the vehicles disconcerting to drive for someone without prior experience.

Here’s a MotorWeek Review of GM’s APVs when they launched all three versions in 1990:

The plastic body panels and galvanized steel space frame underneath belie the 186,000 miles traveled in this APV so far.  Equipped with the venerable 3800 V6 and already appearing to be well-sorted mechanically by the current owner, at only three large this van is a great way to receive many thumbs up as you drive it to either your local Cars and Coffee of RADWood-era event.  Good luck with the purchase!

“Rare car. Especially in this condition. Runs Great. Everything is tight. Very clean inside and out. Beautiful cloth seats with no stains or rips. No mechanical issues. Has the GM 3800 engine with a four-speed transmission. Just had my mechanic go over completely. Brand new performance exhaust, harmonic balancer, crankshaft damper, and oil change.. many other parts replaced over the last year and a half. Needs nothing mechanically. Drive anywhere. I have the four back seats ( also in great condition). Cold a/c. Trade for a small car.“