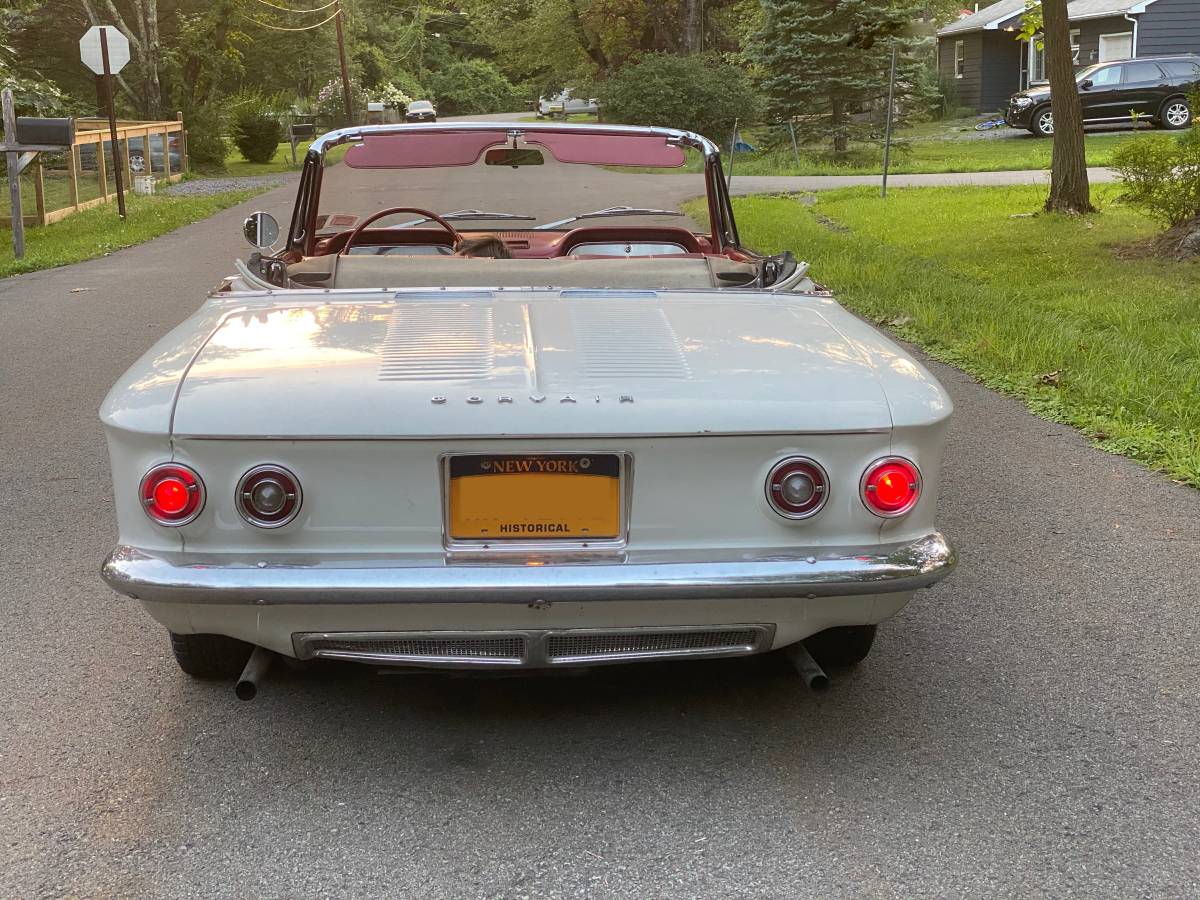 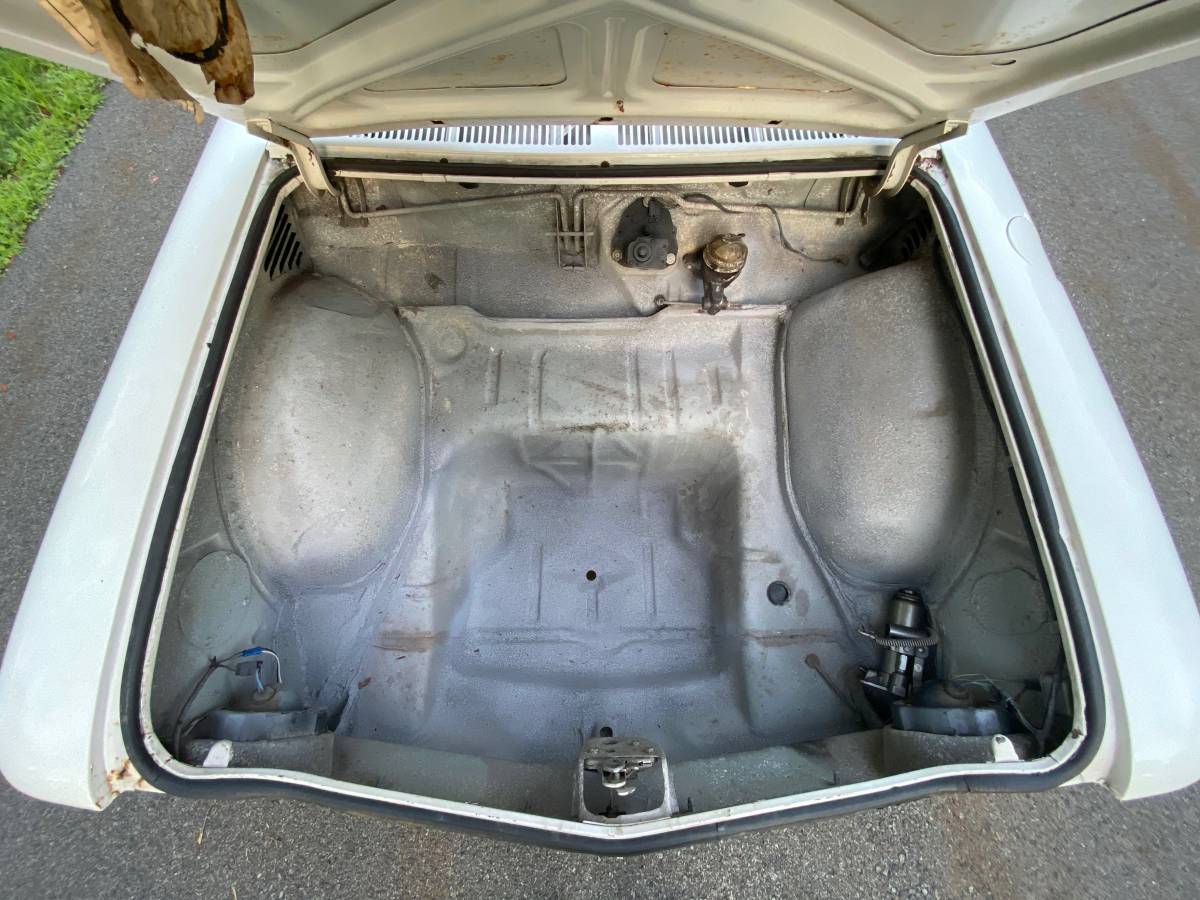 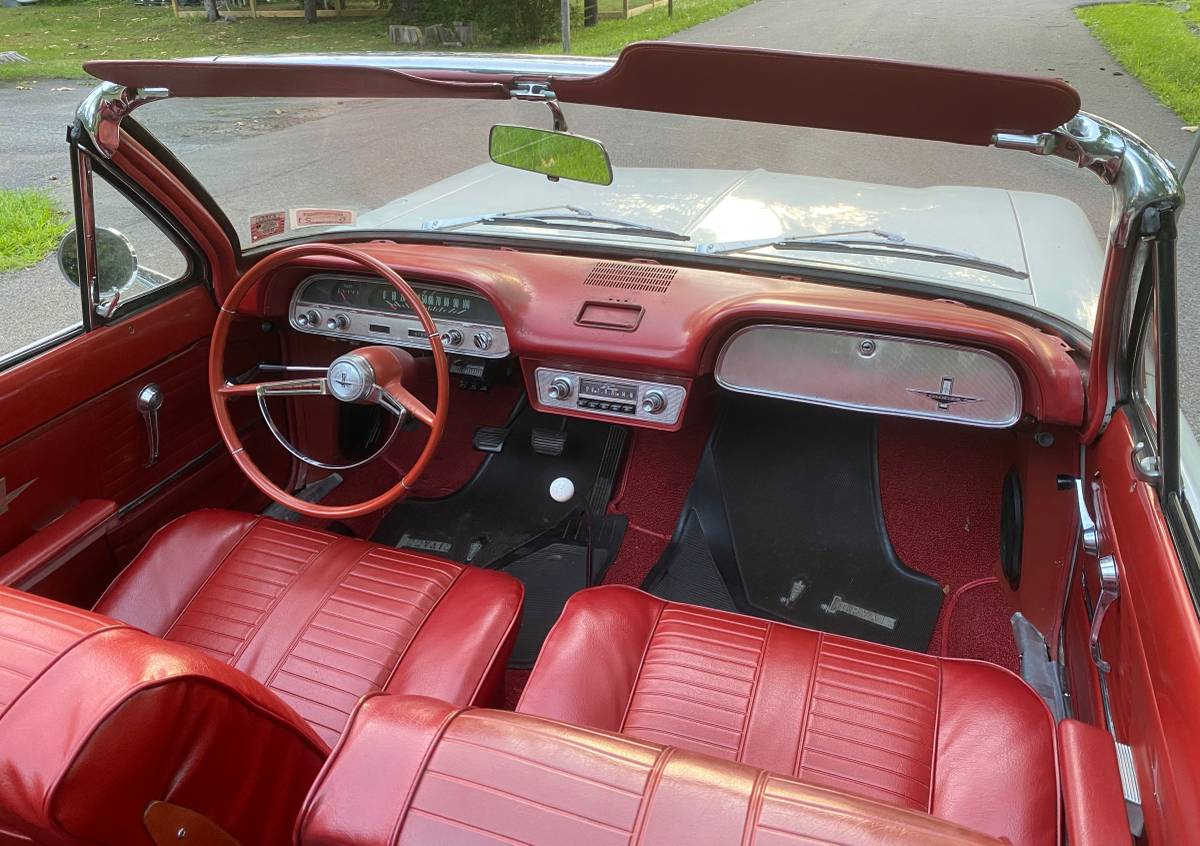 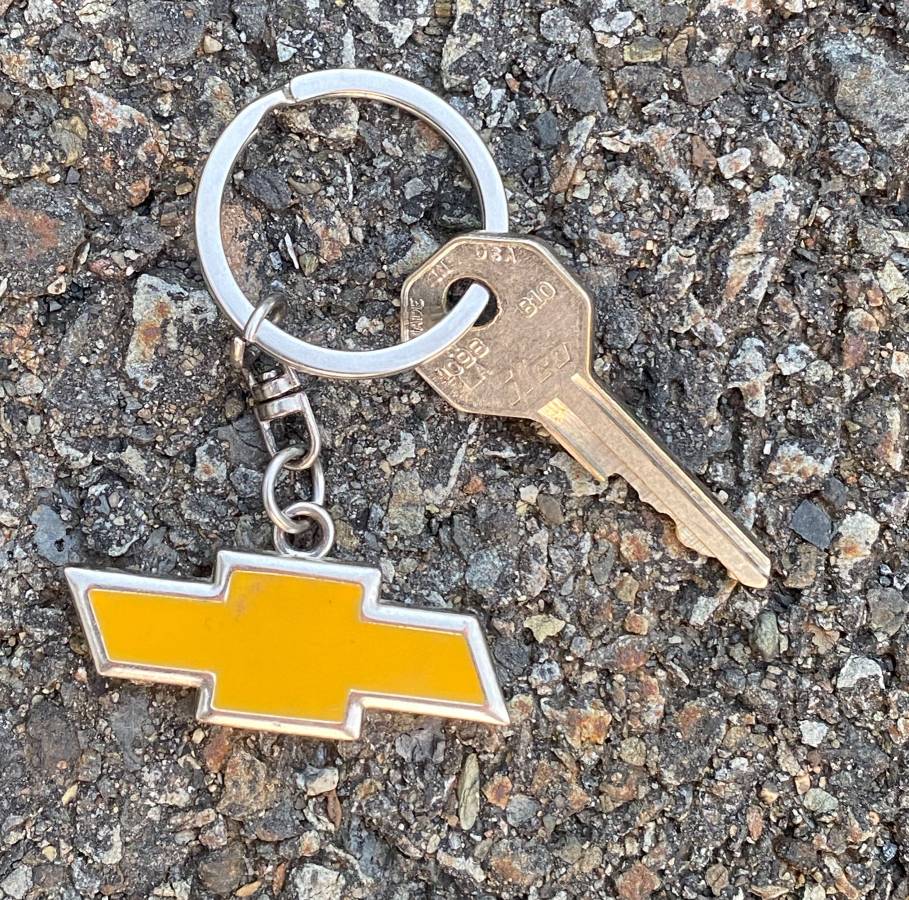 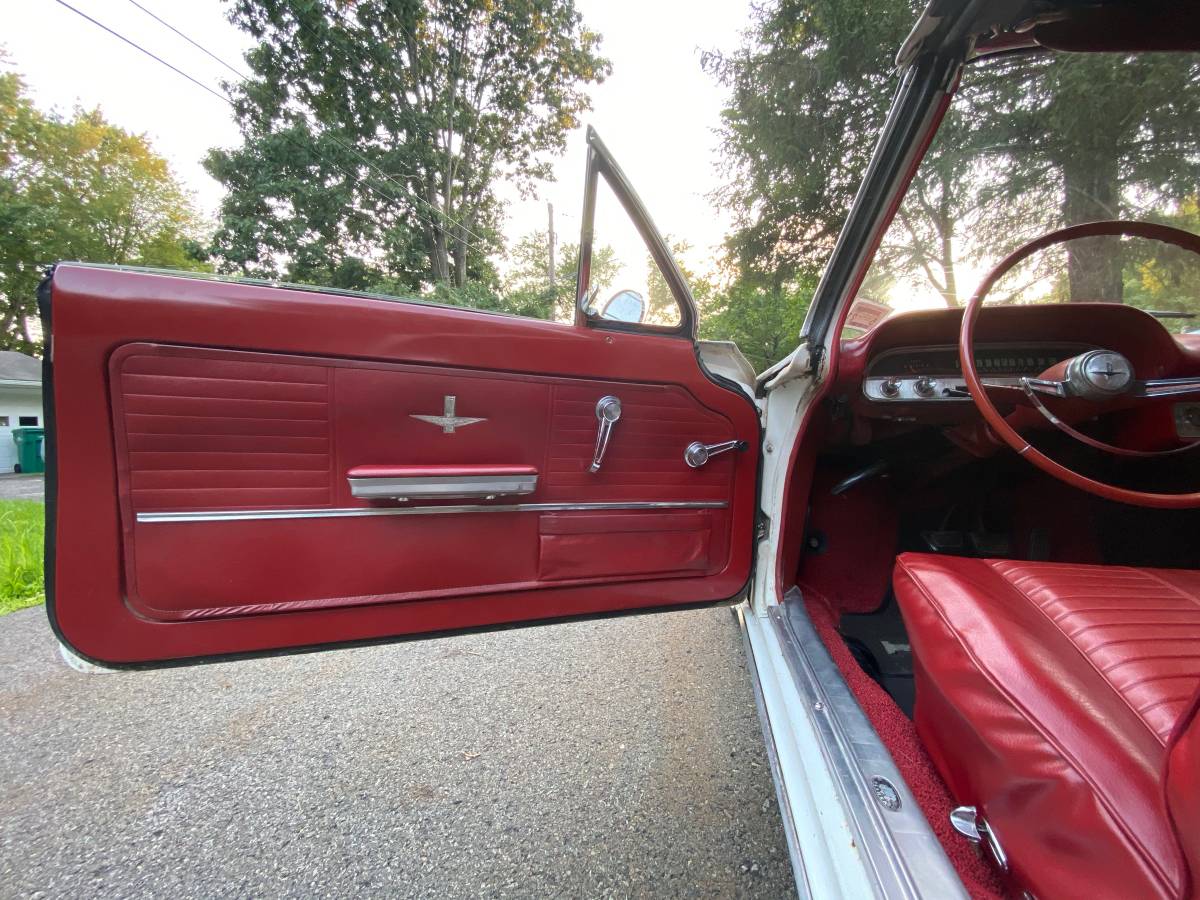 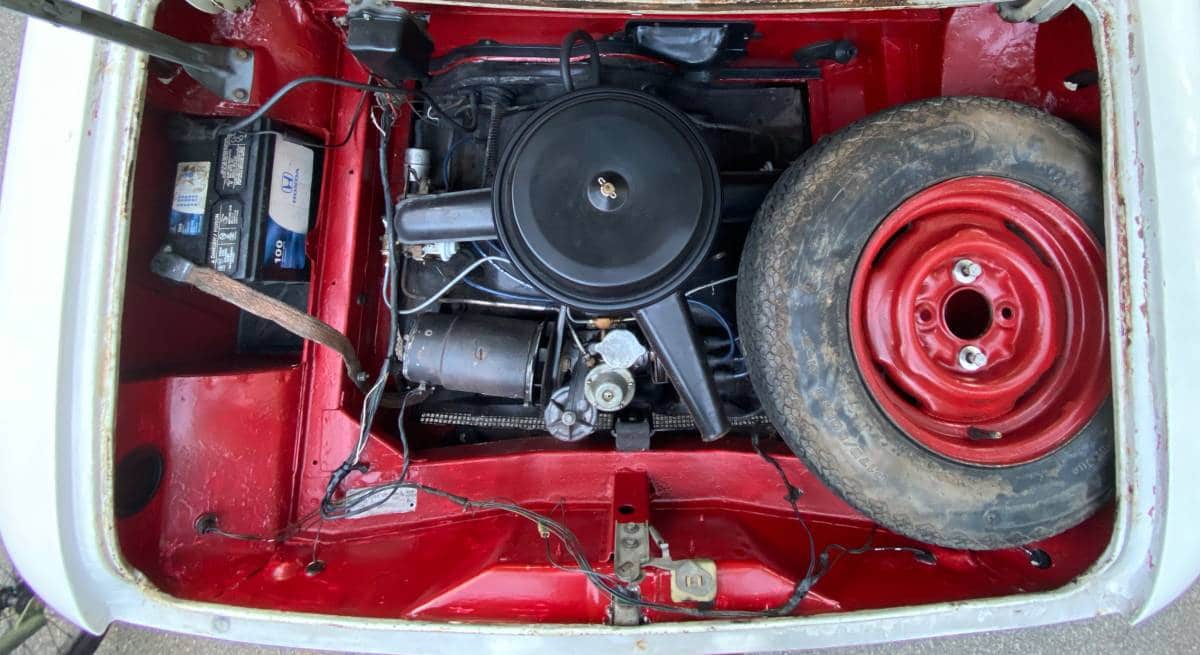 Chevrolet’s Corvair continues to be one of the best values in the collector car world and a thriving cottage industry of parts suppliers helps owners keep them roadworthy.  A great driver-quality example listed for sale on Craigslist August 2019 in Woodstock, New York is this 52K original mile, white over red, 4-speed, Corvair Monza Convertible the caretaker of the past five years now has listed for $8,000.  A check of the Hagerty Insurance Online Valuation Tool confirms this private seller has his Monza priced between the #3 “Good” appraisal of $13,300 and the #4 “Fair” (Daily Driver) estimate of $6,800.

Chevrolet manufactured their innovative Corvair compact car from 1960 through 1969 in two generations. The Corvair remains the only American-designed, mass-produced passenger car with a rear-mounted, air-cooled engine.  The name “Corvair” originated as a combination of the Corvette and Bel Air brand names first applied in 1954 to a Corvette-based concept with a hardtop fastback-styled roof that was part of GM’s Motorama traveling exhibition. When applied to the production models, the “air” part referenced the engine’s cooling system.

Chevrolet introduced significant engineering changes for 1964 while the model lineup and styling remained relatively unchanged. Notably, engine displacement increased from 145 to 164 cubic inches by increasing the engine’s stroke. Base engine power increased from 80 to 95 horsepower, while the high-performance engine achieved an increase from 102 to 110 horsepower.  In 1964, an improvement in the car’s swing axle rear suspension occurred with the addition of a transverse leaf spring along with softer rear coil springs designed to diminish rear roll stiffness and foster more neutral handling. Spring rates could now be softer at both ends of the car compared to previous models. The heavy-duty suspension was no longer optional, although all models now had a front anti-roll bar as standard. Brake performance improved through the use of finned rear drums.

Despite a vastly improved 1964 model, Corvair sales declined by close to 73,000 units that year. This was attributed to a number of factors, including the basic styling being 5 years old, the lack of a pillarless hardtop (which virtually all competing compact models had), the lack of a V8 engine, and the introduction of the Ford Mustang on 17 April, which broke all records for sales of a new model (and ate into Corvair sales).

We still love this “Will the Corvair Kill You?” video created by Hagerty Insurance several years ago showing how stable the first-generation Corvair really was when the tires were properly inflated:

Nader was wrong!  We like this Corvair as 1964 was the last year for the first generation’s styling combined with its improved suspension and performance.  The only thing we would do right away is to replace the convertible top’s faded rear window.  Otherwise, we would enjoy this mechanically sound Corvair as is now as and then start addressing any minor items over the winter.  Good luck with the purchase!

“1964 Corvair convertible with electric top in good condition with many new parts. 4 speed manual transmission. Dual Carburetor model. New suspensions, new brake lines, new gas tank, new hydraulic system, pump and motor for the convertible top, new carpeting and some upholstery, new rubber gaskets for doors. Welded in new steel floors throughout as the original ones had begun to rust. This car is in very good running condition and attracts a lot of attention where ever you take it. This car only has 52K miles, the odometer, speedometer and fuel gauge all work. I have had the car for the last 5 years and have had no major issues, all the car needs now is a annual oil change and it works like a charm. I am now moving so I must part with it.
The only issue is that the rear convertible window is worn (no longer very clear) and has a tear, that can be changed without replacing the entire top as the window is zippered into the top. All parts are readily available especially from Clark’s Corvair Parts. This is the most affordable classic car one can own.“