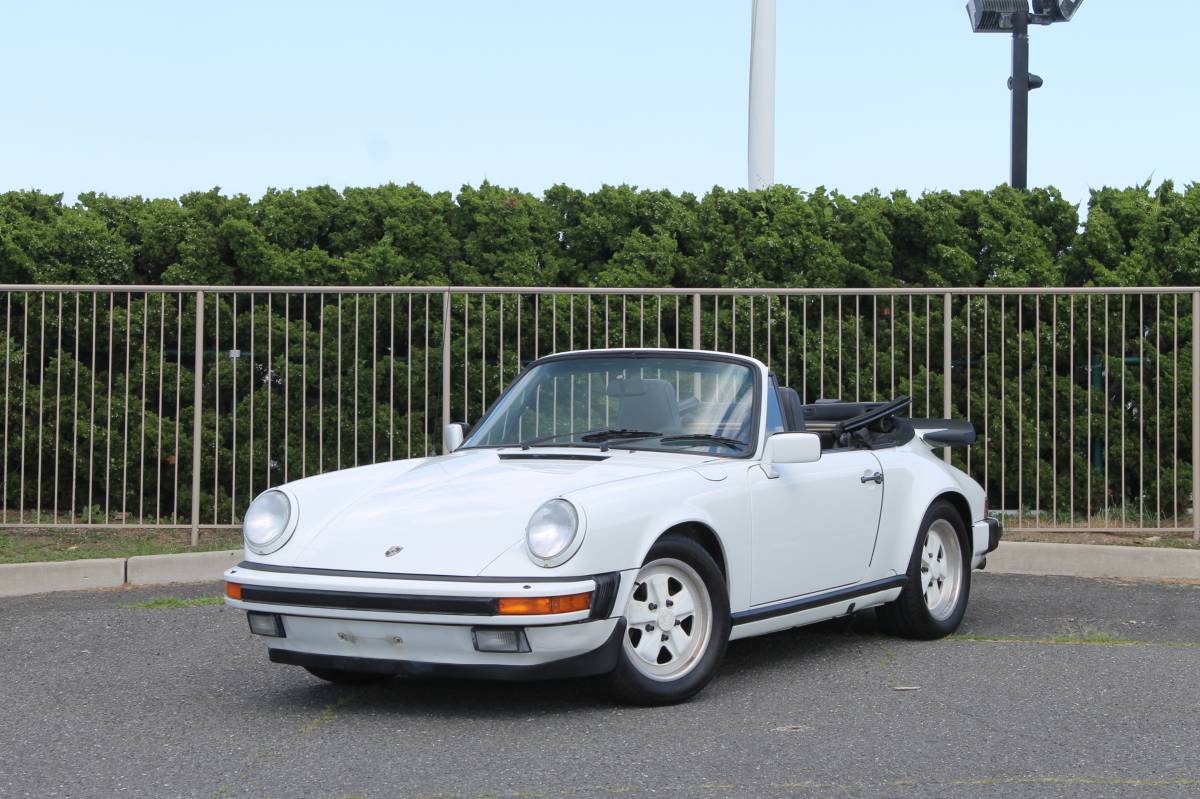 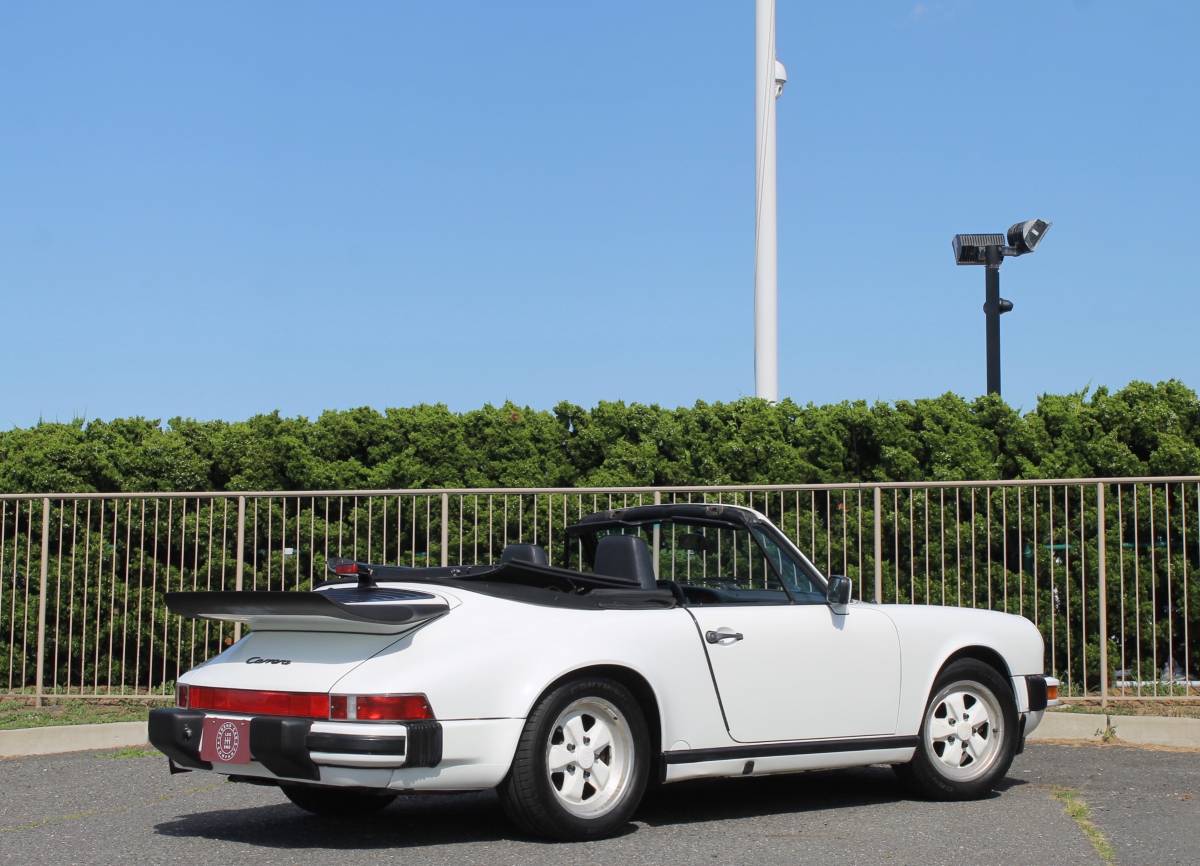 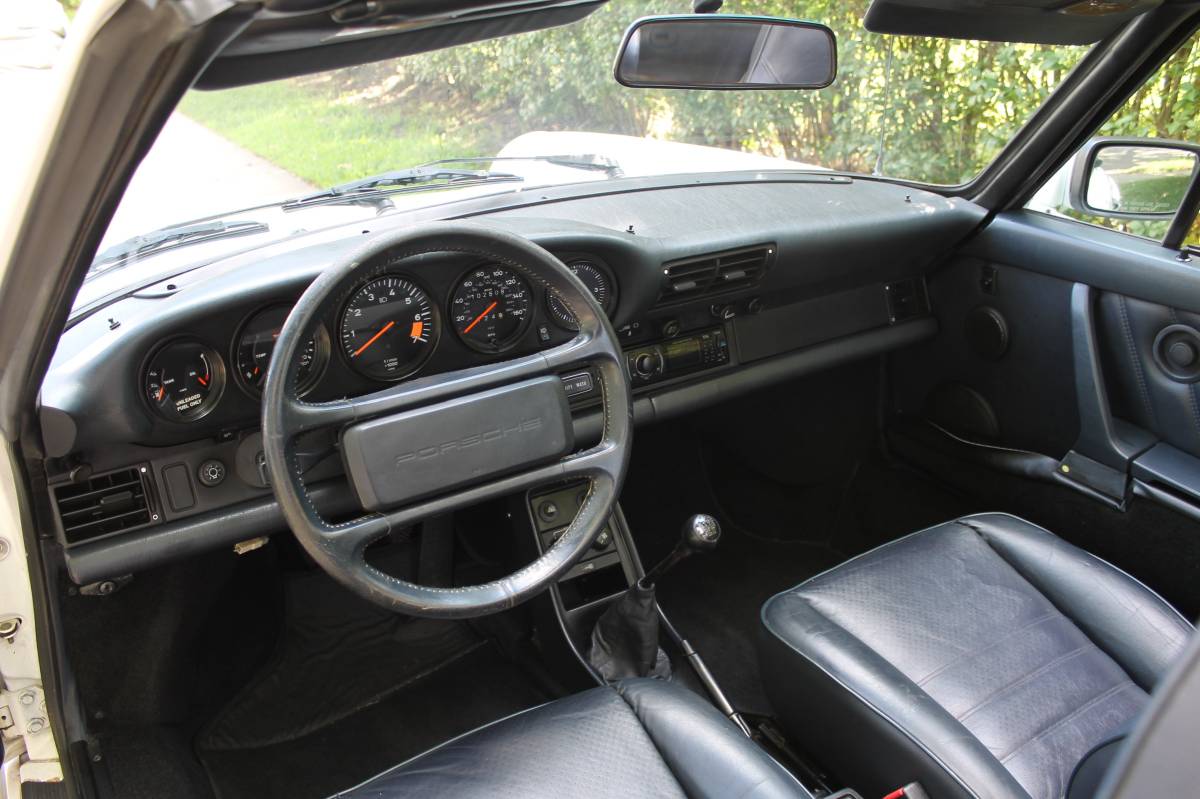 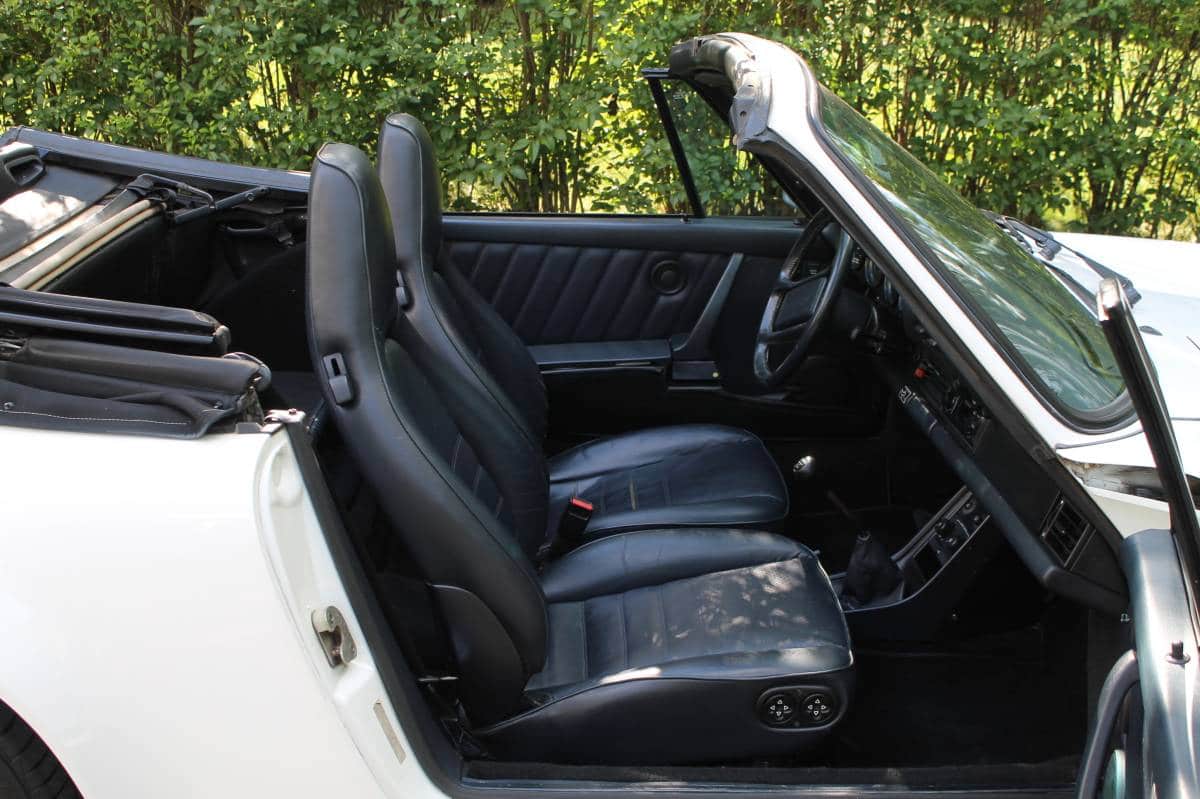 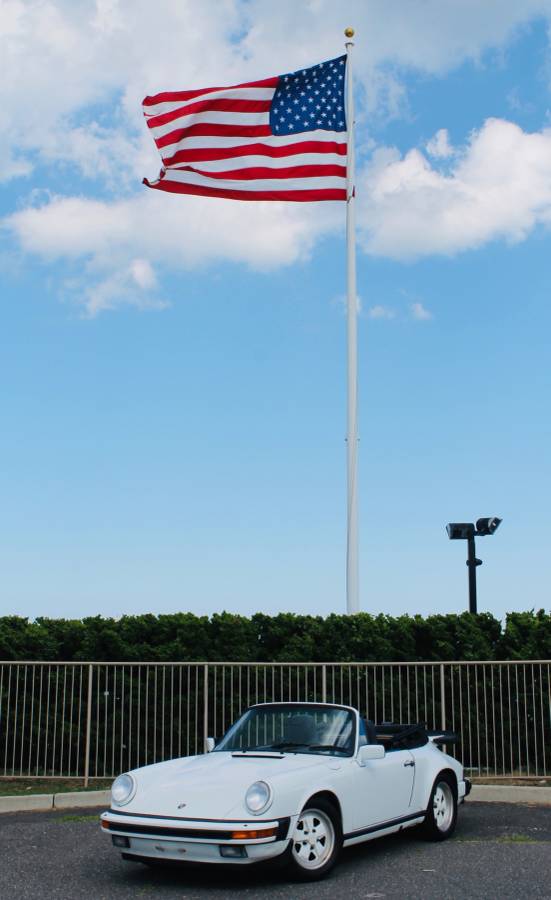 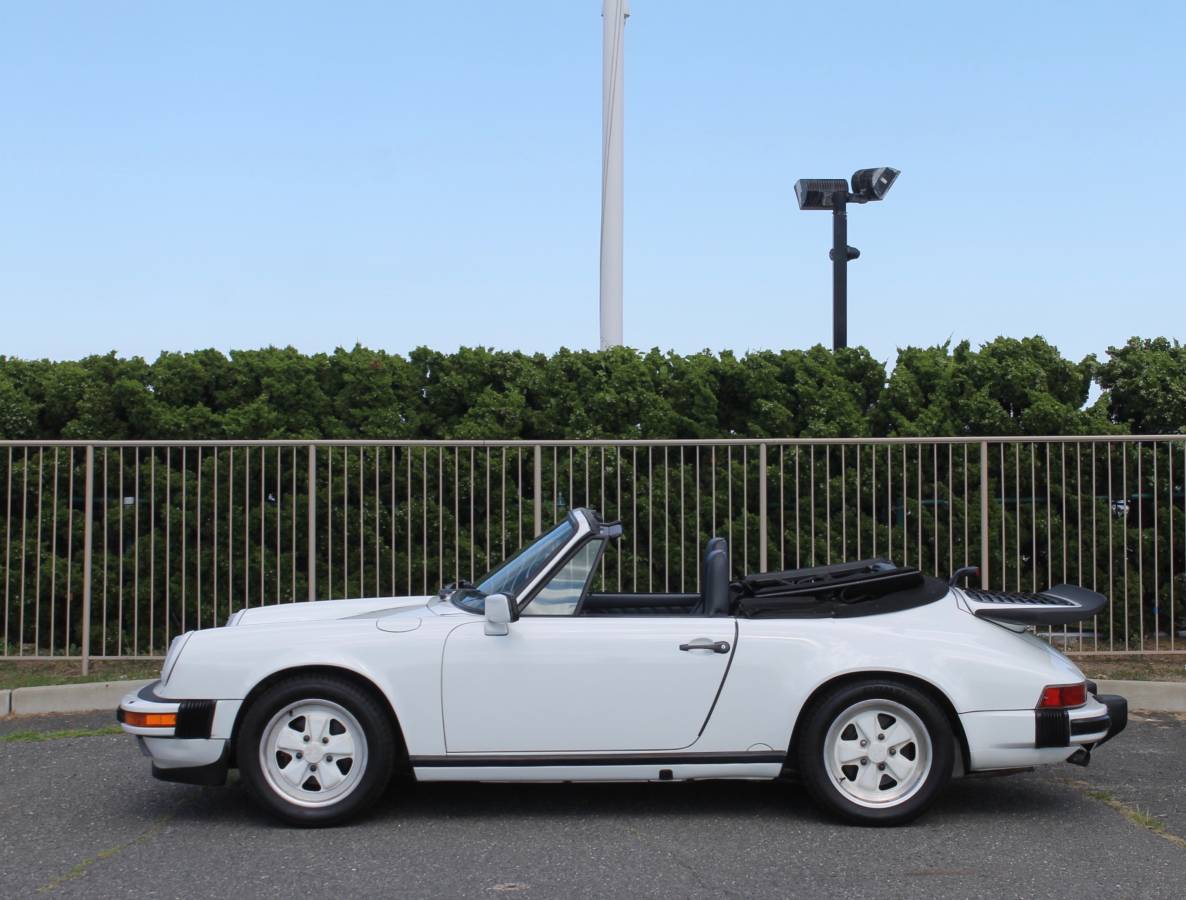 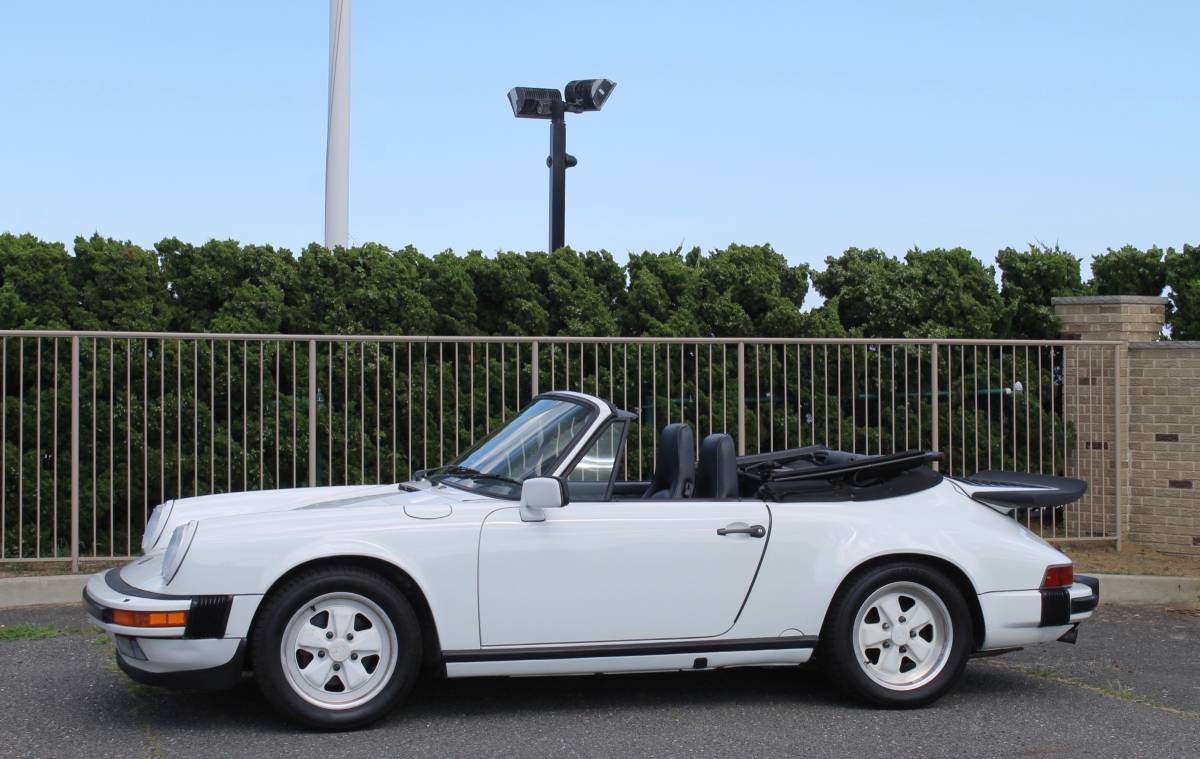 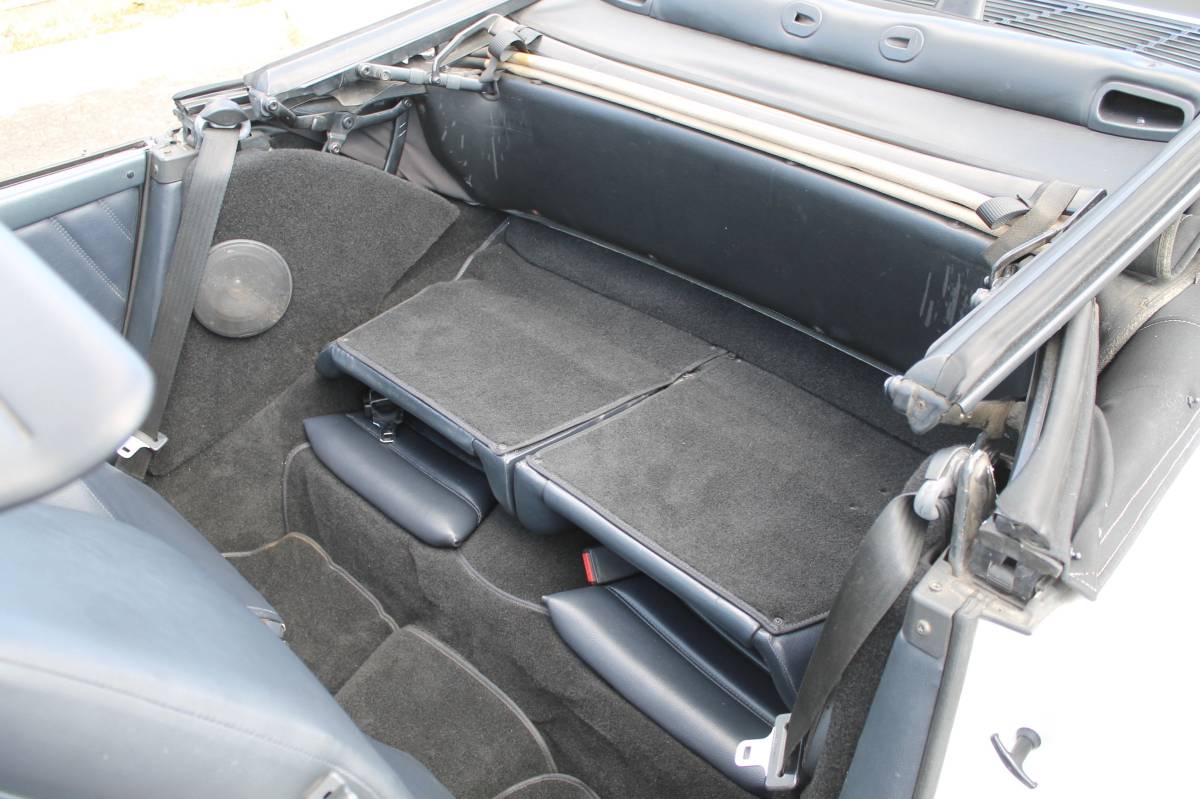 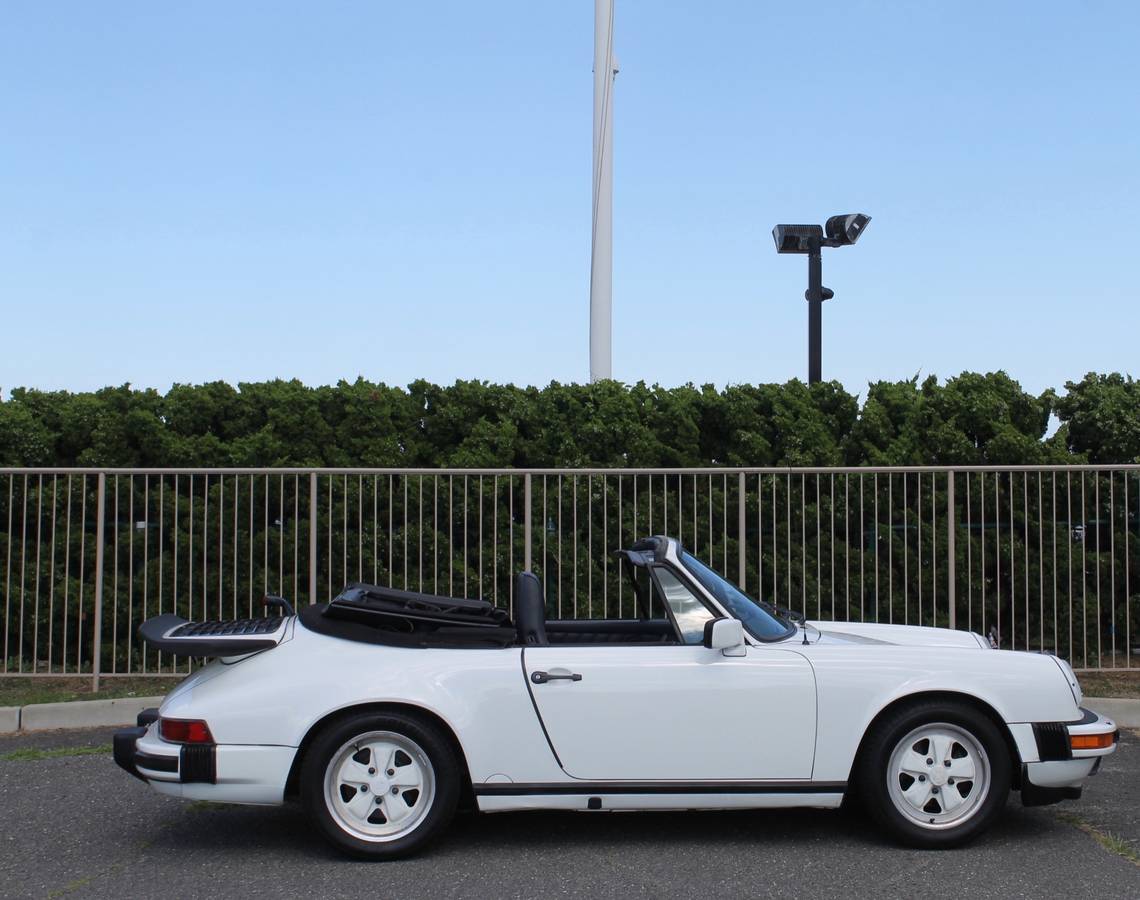 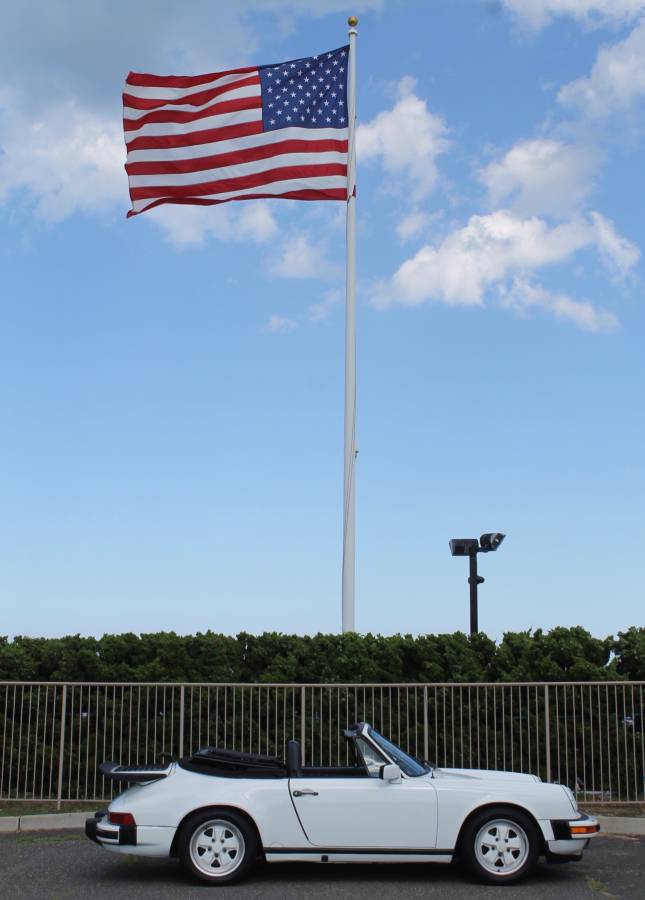 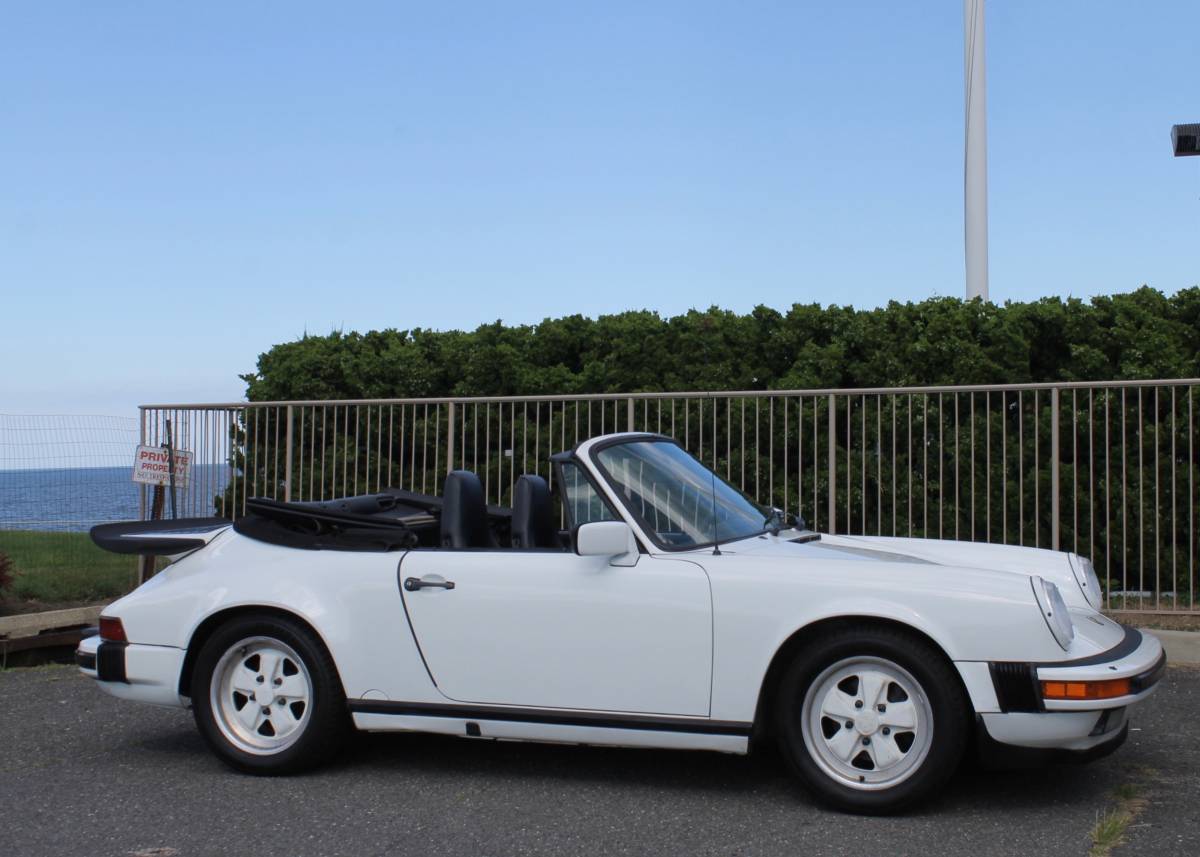 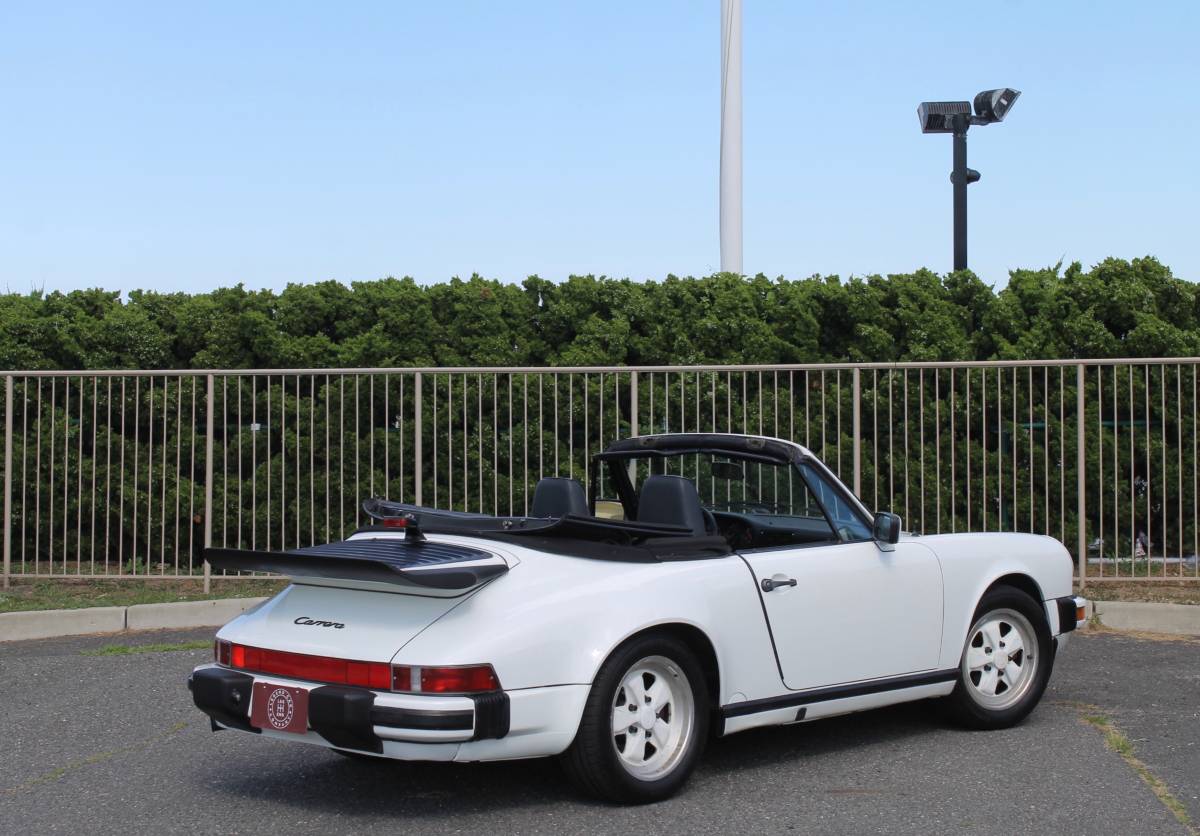 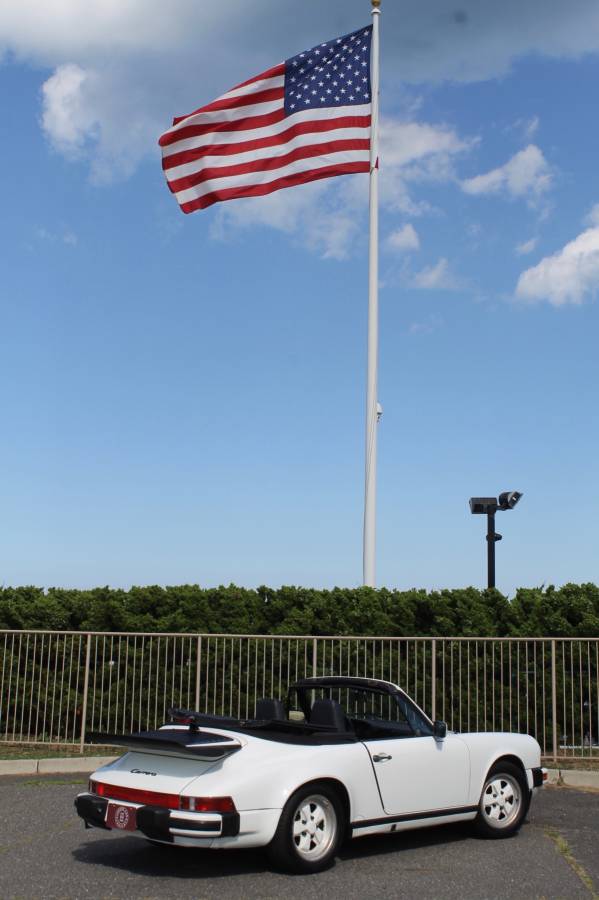 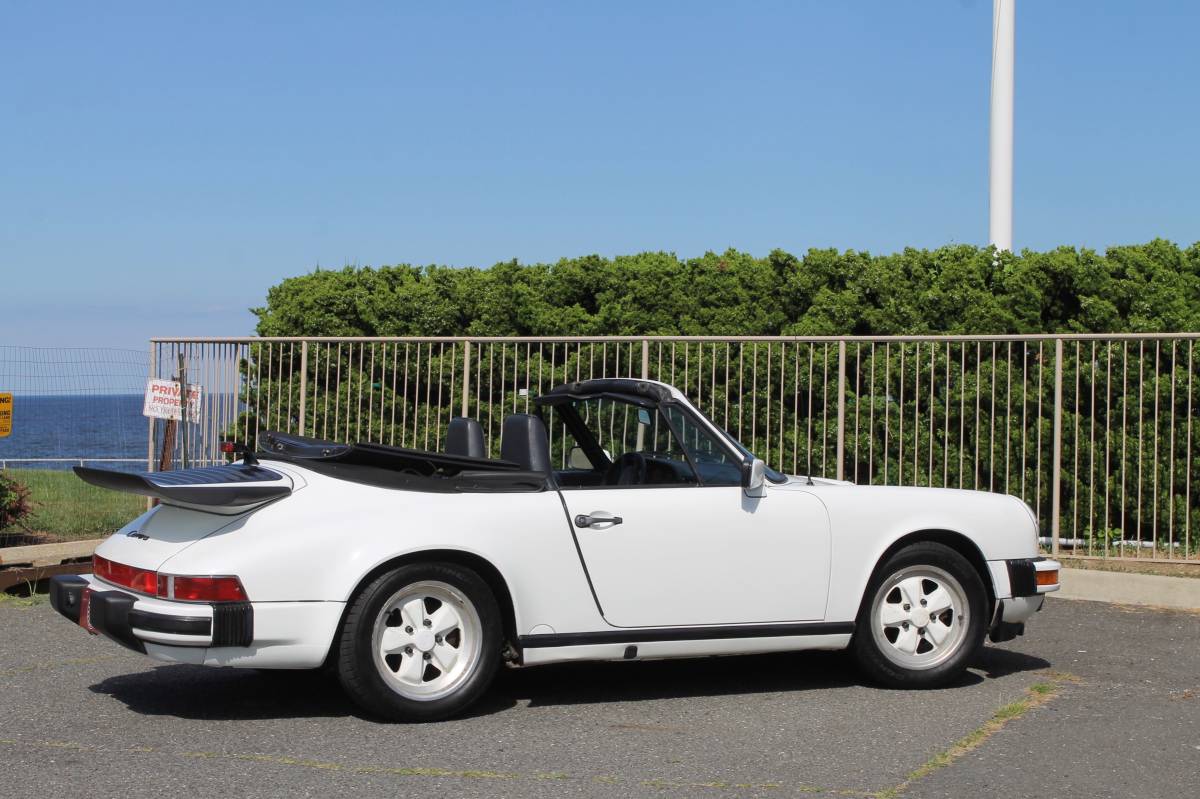 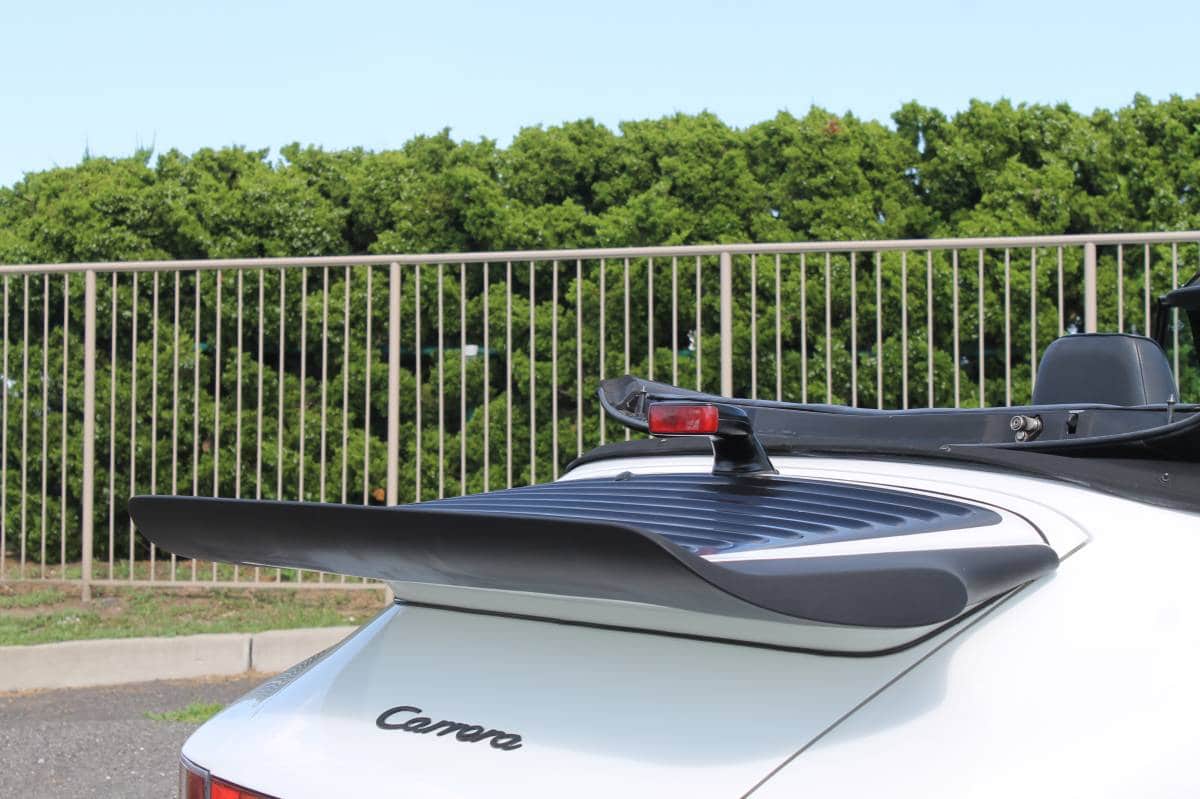 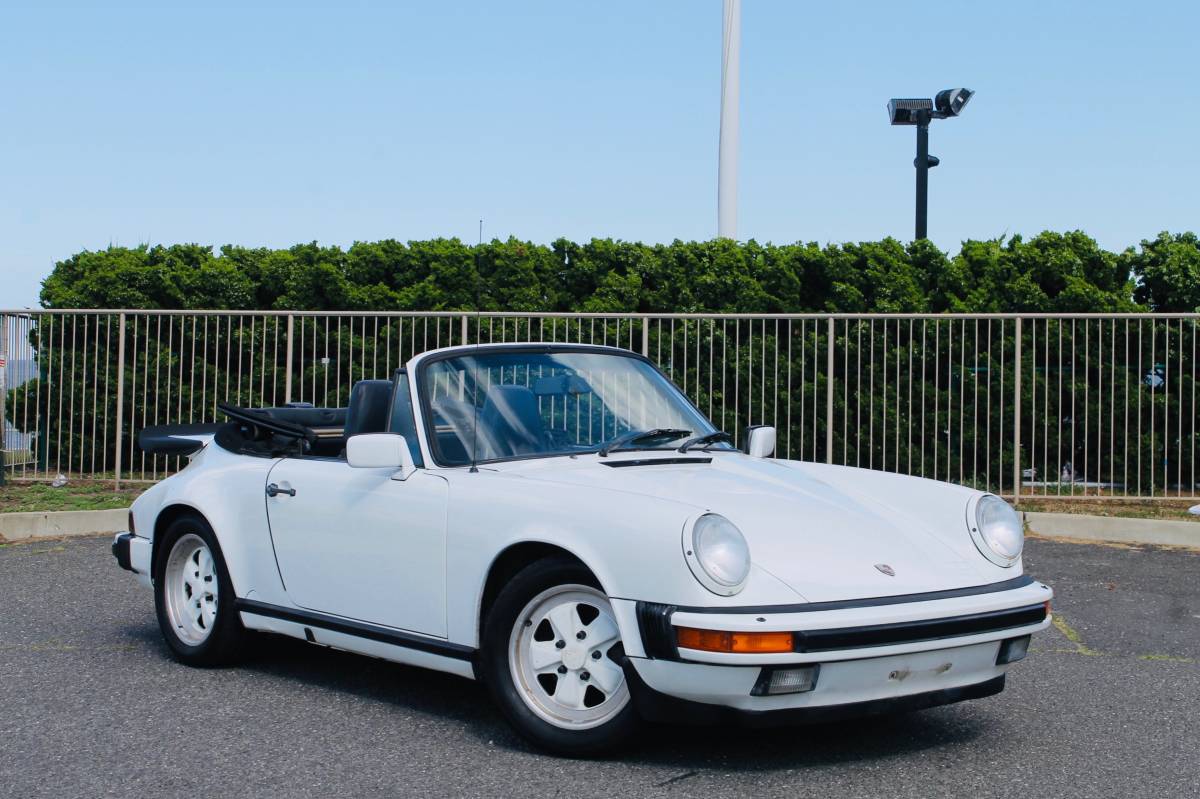 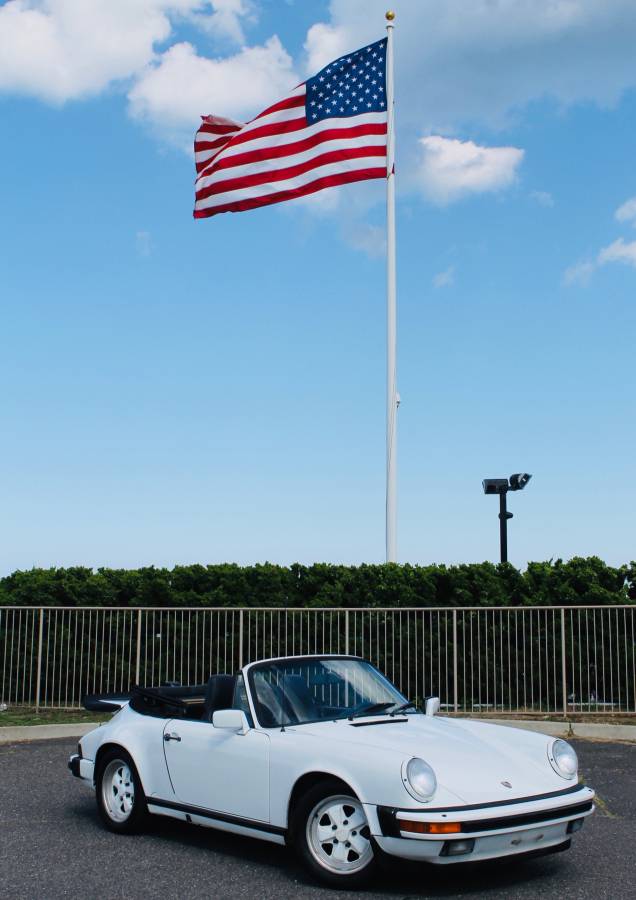 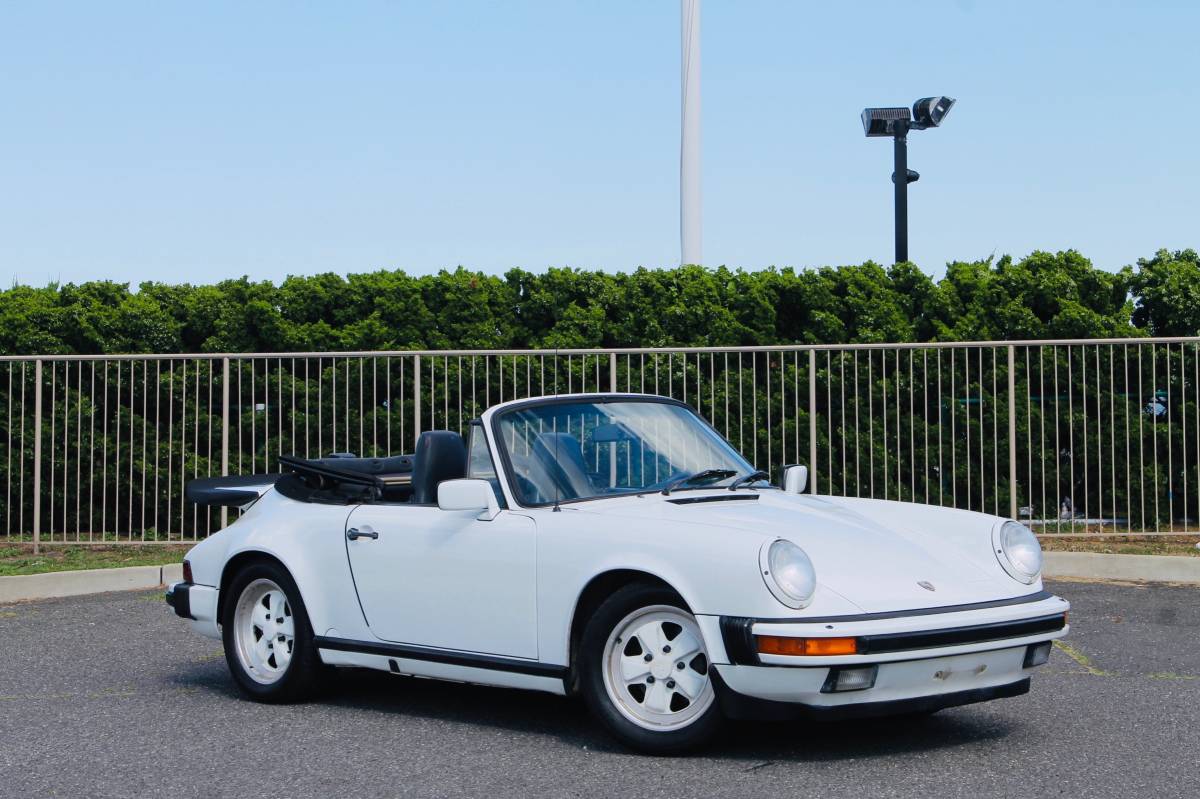 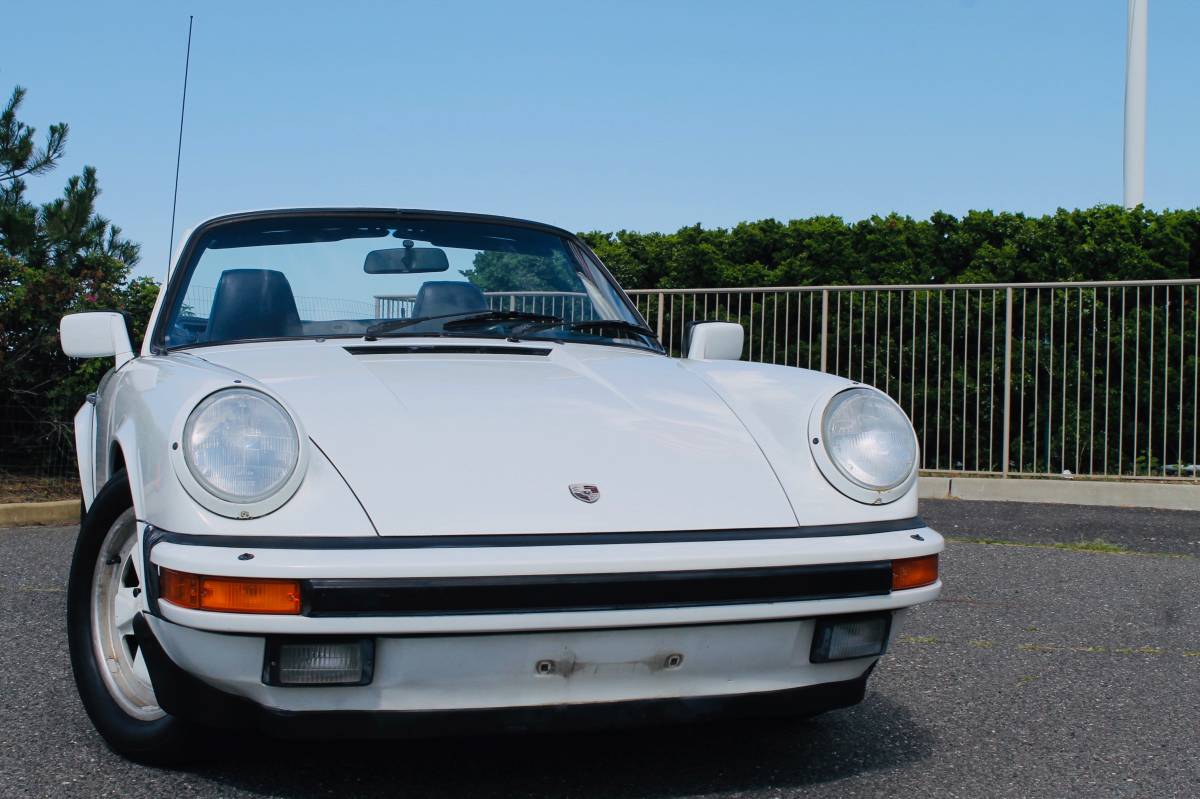 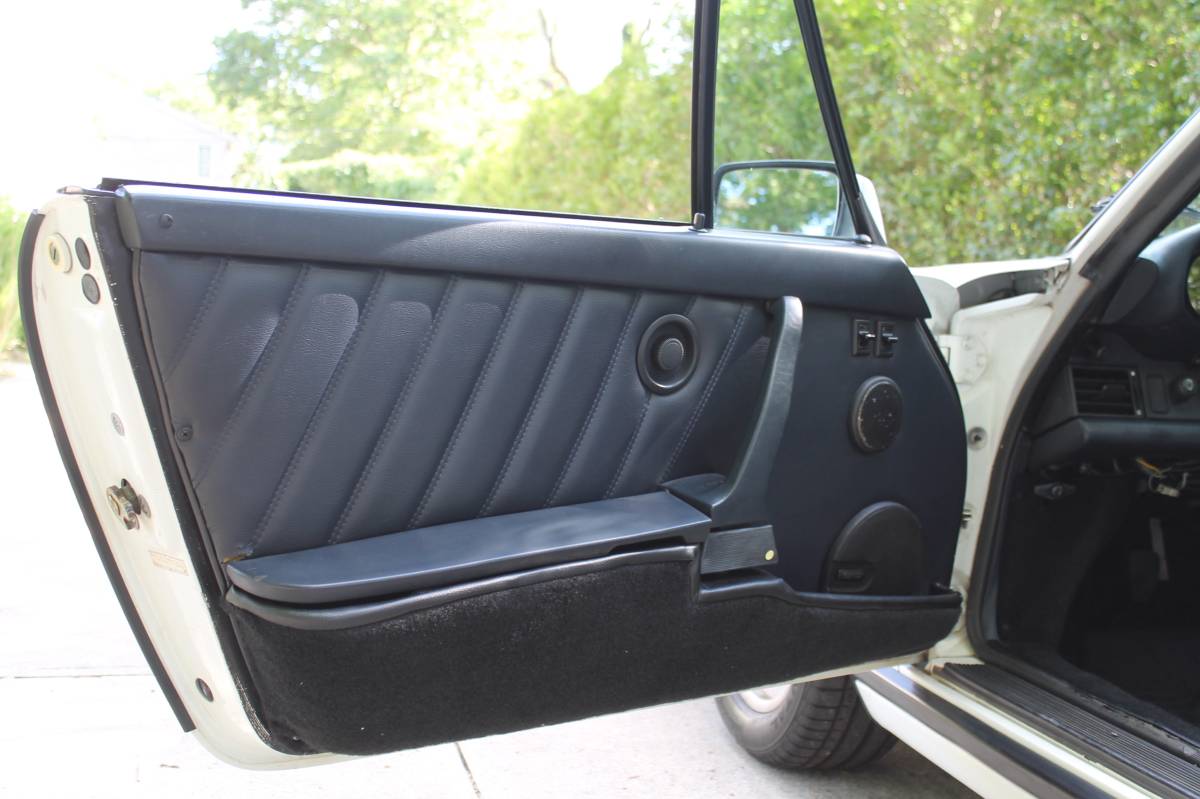 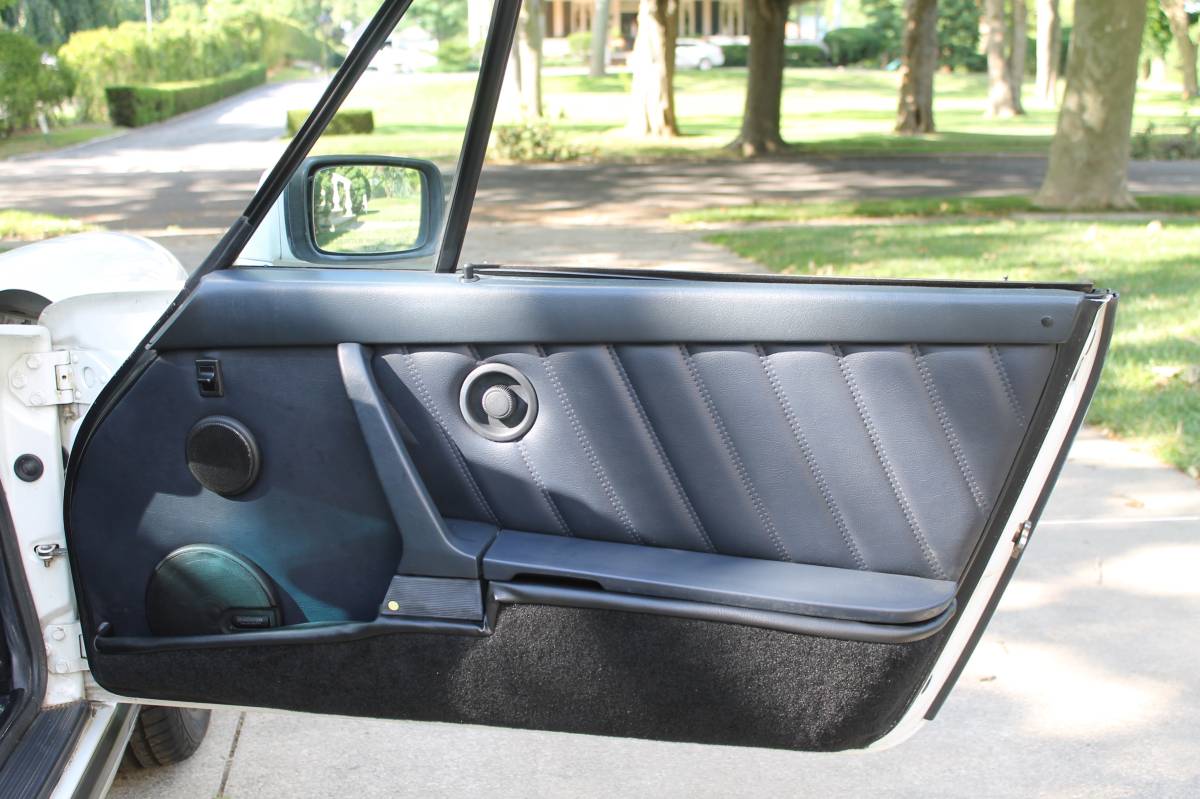 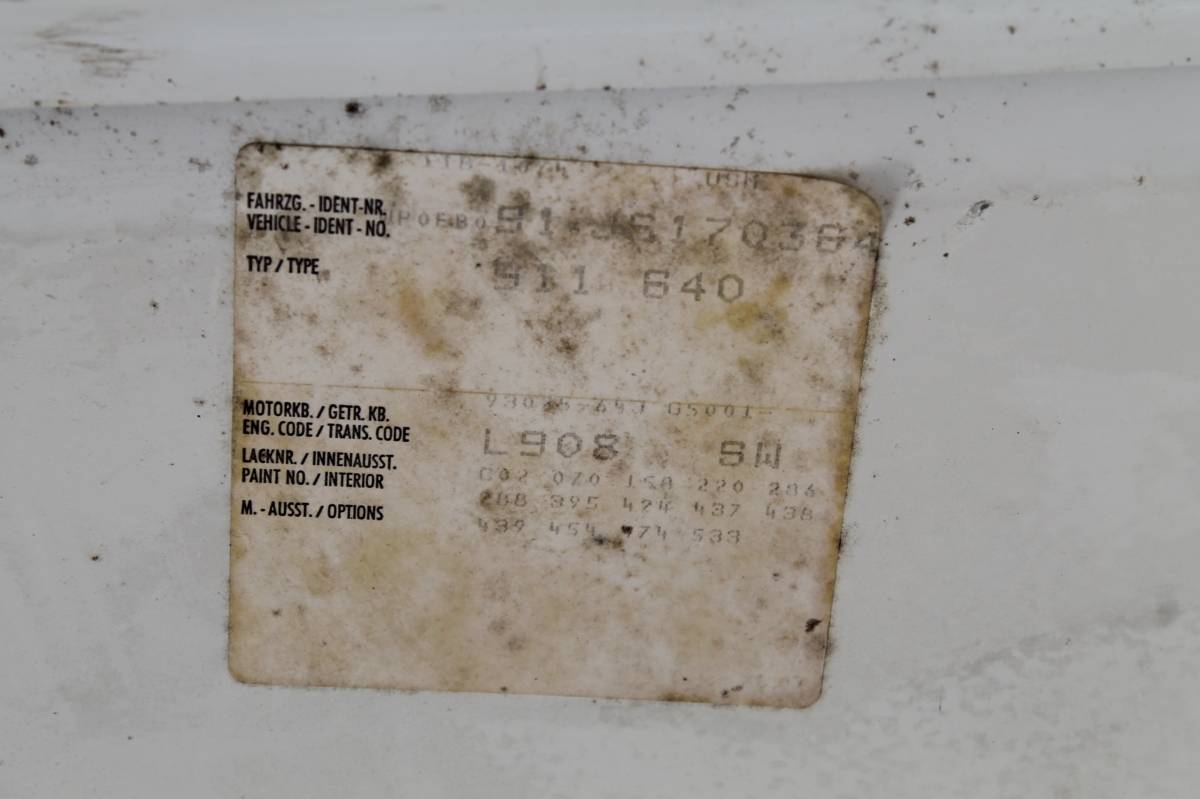 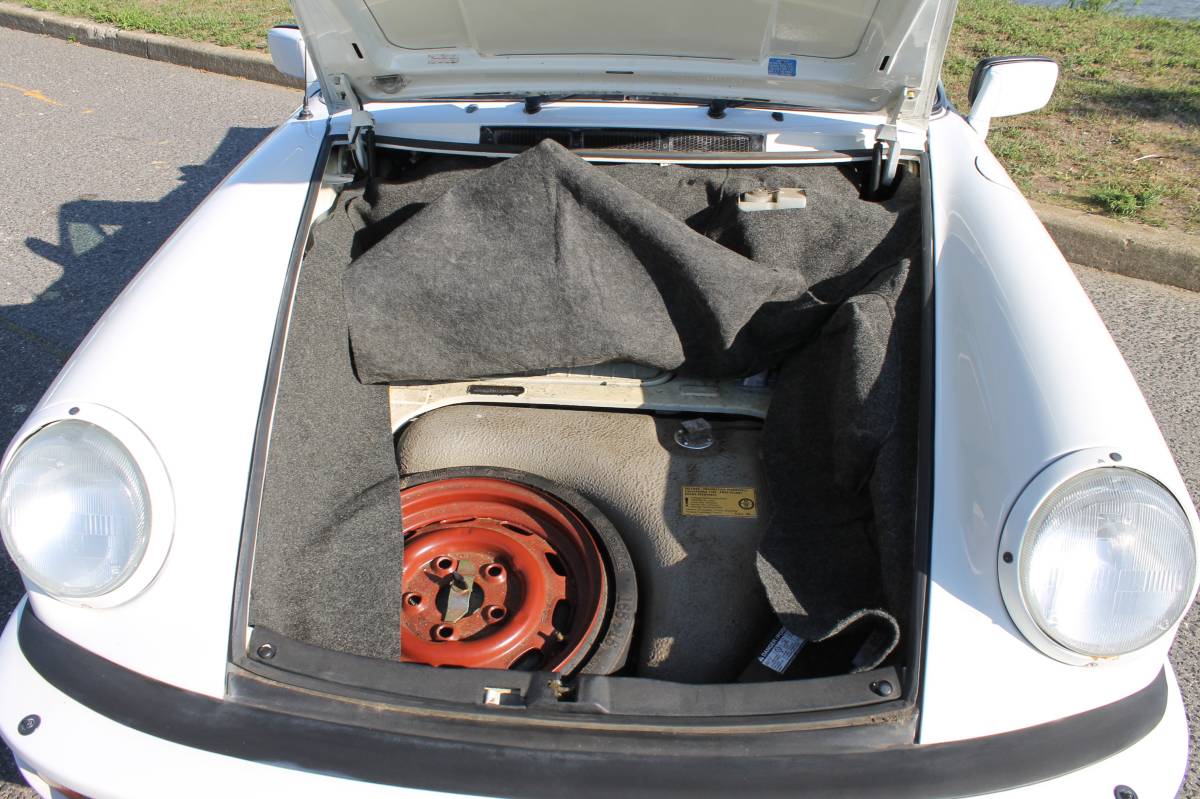 October 9th Update: While updating our Sports Car Saturday database, we confirmed the private seller of this ’88 911 we first featured in September deleted their Craigslist ad, so we’re now able to call this one “Sold!”  This one may have got away, but if you have your heart set on something similar, email us the details of what you’re looking for or call Rudy directly at (908)295-7330.

Despite launching in 1964, Porsche’s venerable 911 became the Yuppie car to own throughout the 1980s.  The 3.2 Carrera edition produced from 1984 through 1989. Of these, the preferred models to buy are the G50-transmission-equipped models such as this Grand Prix White over Metropol Blue leather 1988 Cabriolet just listed in time for Sports Car Saturday recently on Craigslist in Deal, New Jersey. Featuring a fresh clutch and an engine rebuild in 2013, the current caretaker is asking $37,500 for their Carrera.   Comparing this price against the Hagerty Insurance Online Valuation Tool confirms this private seller has his 911 priced between $500 above the #3 “Good” estimate of $37,000.

The Hagerty Insurance Valuation Tool also provides a great summary of this vintage of 911 produced from 1984 through 1989:

“The 3.2-liter 1984 Porsche 911 Carrera debuted hot on the heels of a very successful run of 911SC models, built from 1978 to 1983. The Carrera—priced at $32,000—shared most of its visual cues with its immediate predecessor, but benefitted from added power and performance, as well as other evolutionary updates.

The cars came as they had when the SC bowed out—in coupe, open Cabriolet, and the in-between Targa body styles. The chief upgrade in the Carrera was the larger 3.2-liter flat six engine, which looked much like that of the 3.0 it replaced but was built chiefly of all-new parts. One crucial change was an improved timing chain tensioner, which had been an issue on previous models. Also new was Bosch Motronic fuel injection, which replaced the K-Jetronic system of yore. The engine produced 200 horsepower and came mated to a Getrag five-speed manual transmission. This was enough to propel the Carrera from 0 to 60 mph in about 5.5 seconds.

Standard goodies included leather upholstery, air conditioning, power windows, a sunroof, and 15-inch alloys, while cruise control, 16-inch wheels, and an AM/FM/cassette stereo were popular options. For those who wanted to appear faster than they actually were, a Turbo Look appearance package was available on coupes, which provided the large whale tail and wider rear wheelwells, but not the actual turbocharger.

Changes were few for 1985, though the Turbo Look package now carried over to Cabriolets and Targas. Big news came in 1986, when Porsche reintroduced the 911 Turbo (or 930, if you like) following a long absence. The cars cost $48,000, and it used its 282 hp to hair-raising effect. Minor changes crept into the standard Carrera, including lowered front seats to increase head room.

Power output increased in 1987, up to 214 hp, with an added bump in torque as well, from 185 to 195 ft-lb. The clutch was upgraded from mechanical to hydraulic operation, and the old Getrag five-speed was replaced with a much better Getrag G50 unit with improved synchromesh. The popular and somewhat controversial (among purists, anyhow) slant nose option was available on Turbos and Carreras alike, for more than $20,000 over the Turbo’s MSRP.”

Here’s a MotorWeek Retro Review from back in 1988 when the PBS show completed a review of Porsche’s venerable sports car that year:

This appears to be a nicely optioned Carrera 3.2 that you can enjoy driving now and spend the winter months detailing the car inside and out for next year’s Concours season.  As with any Porsche, we strongly encourage a Pre-Purchase Inspection. Additionally, the more documentation the seller can provide from new the better. Good luck with the purchase!