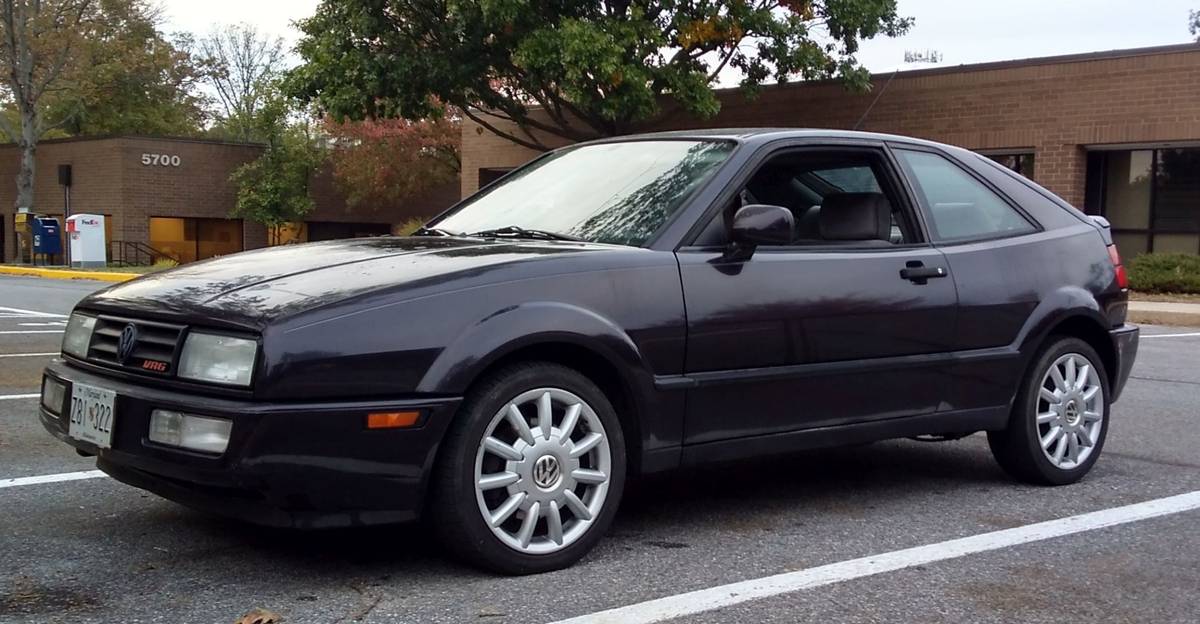 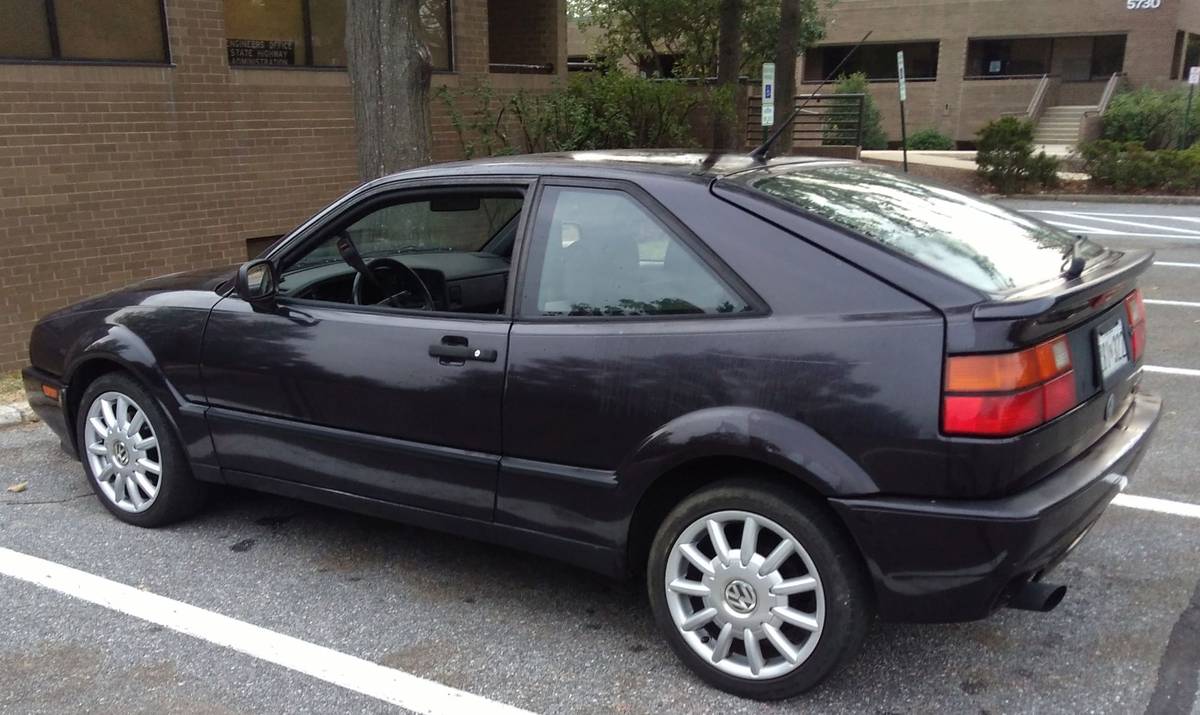 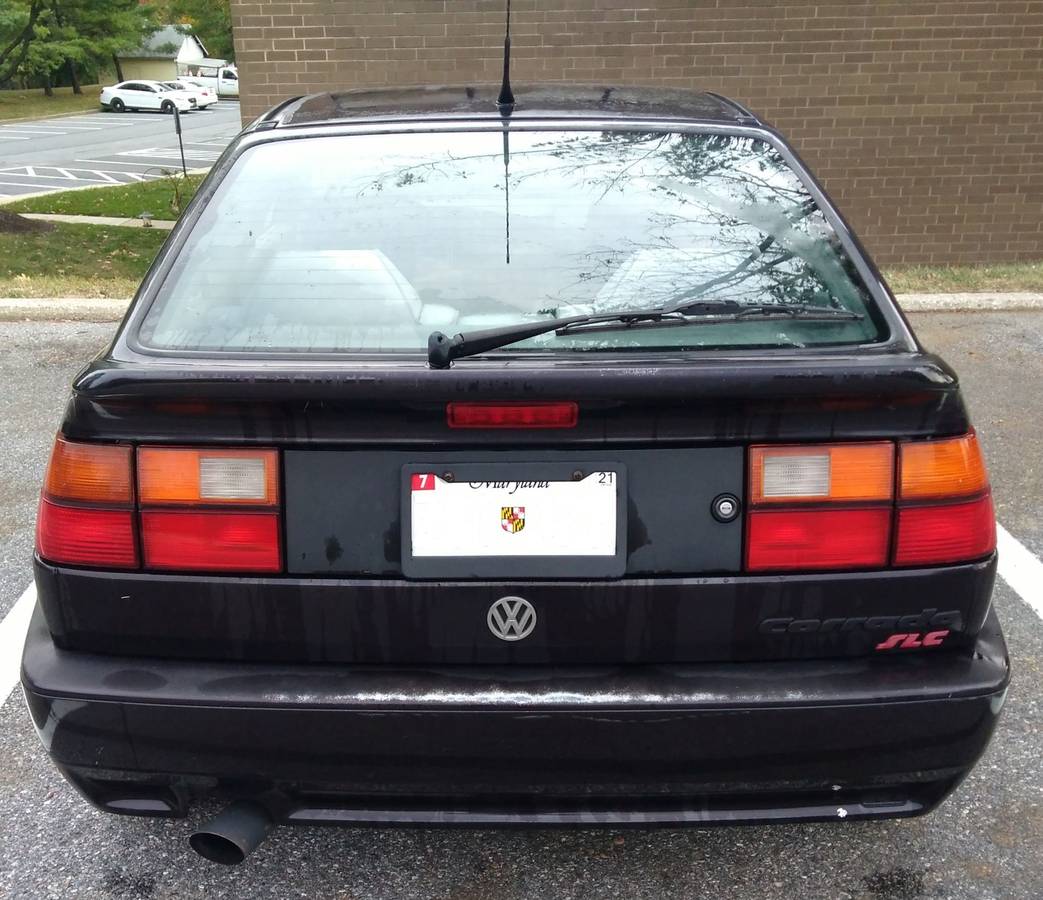 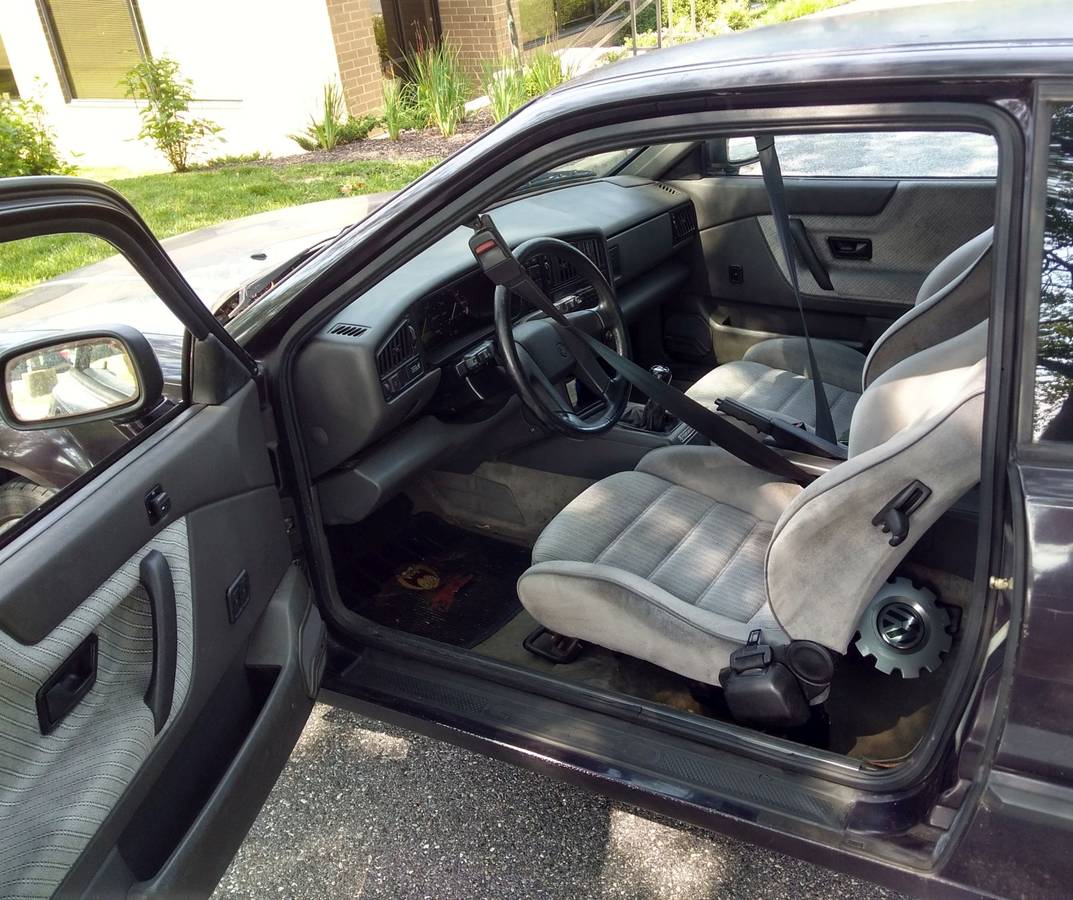 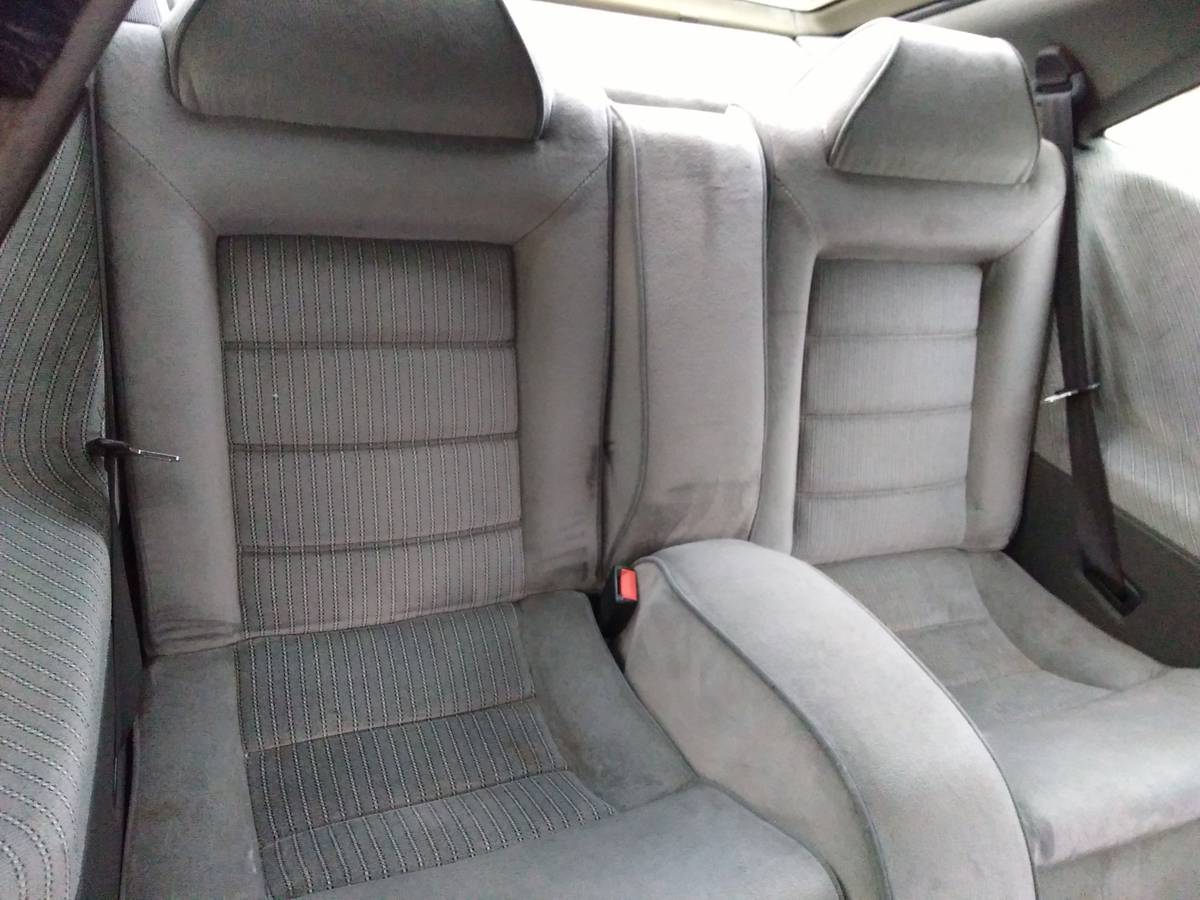 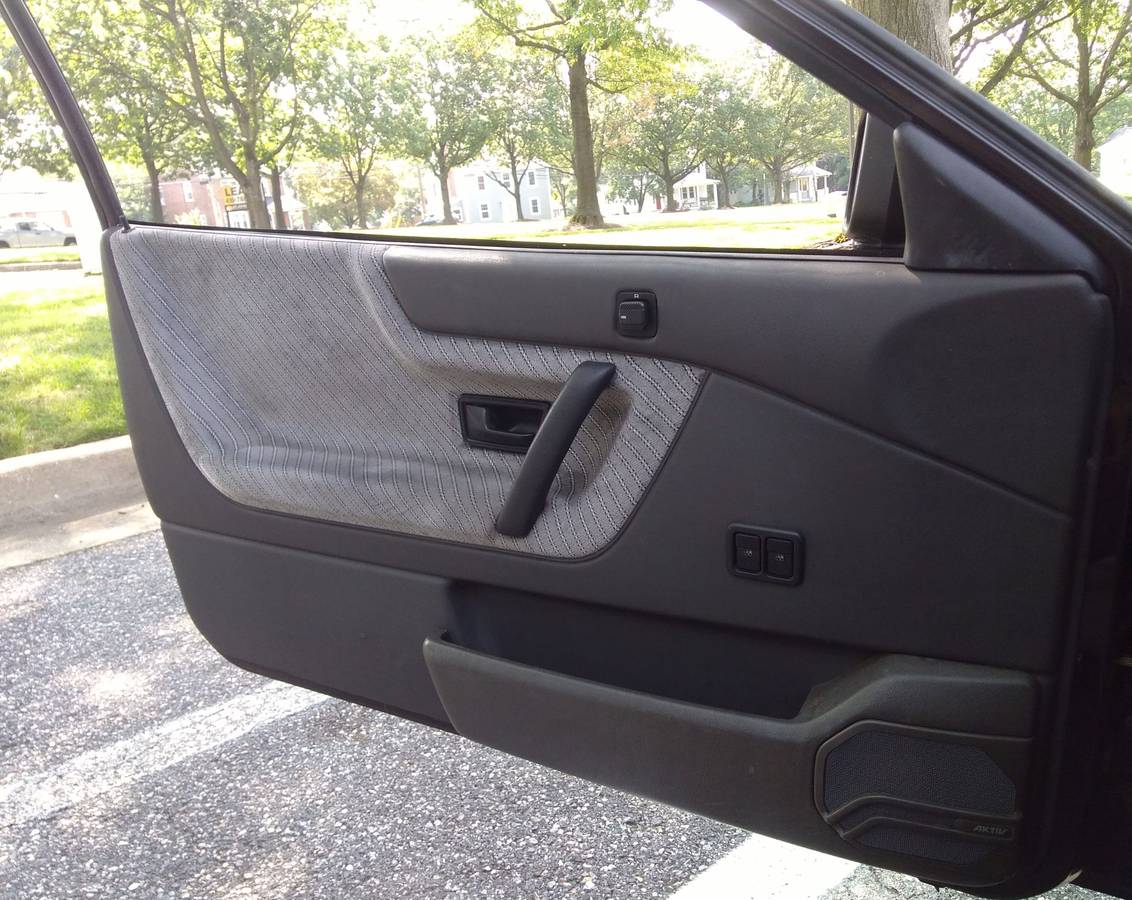 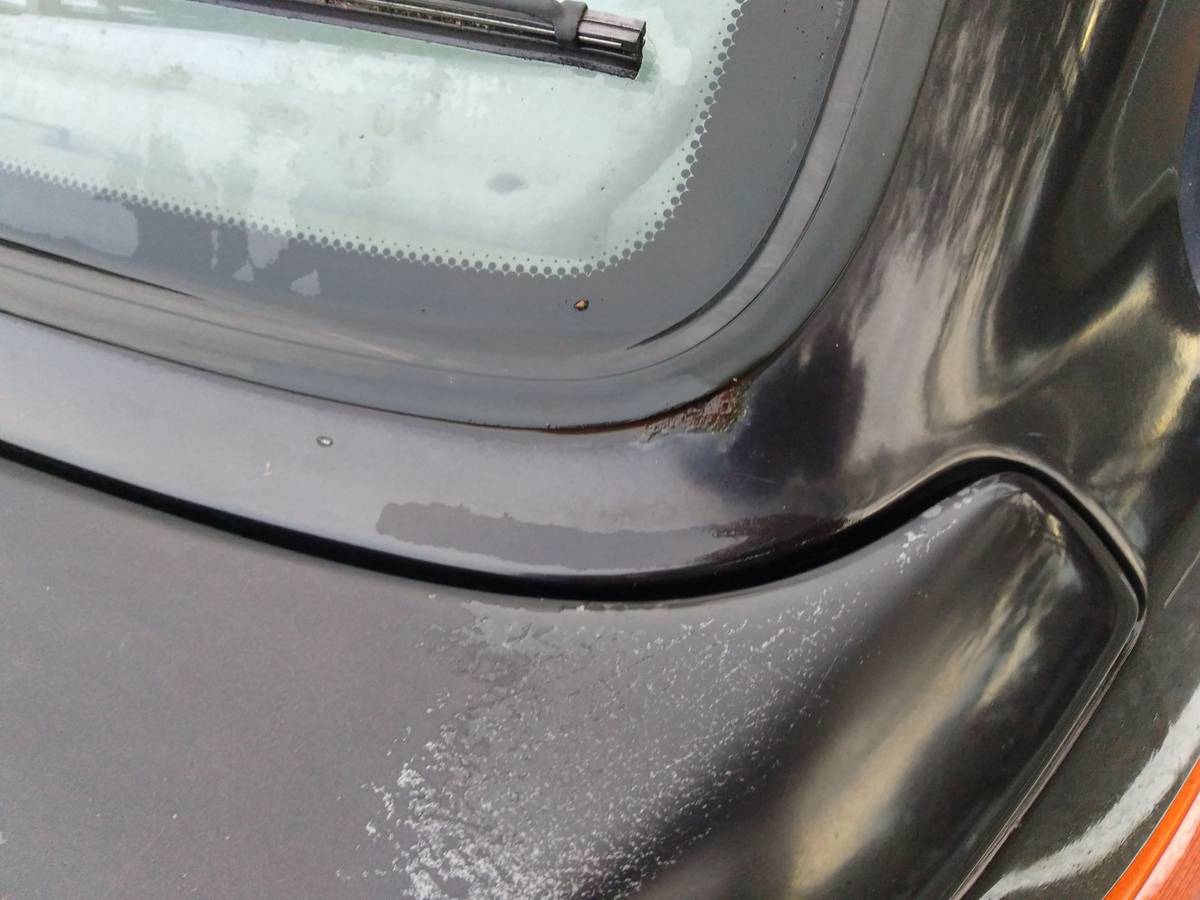 September 24th Update – While updating our Free For All Friday database, we confirmed the latest Craigslist ad for this Corrado expired.  With no replacement ad found, we’re assuming this rare VW has since sold.

Volkswagen produced some awfully pretty sports cars over the years, and oftentimes in limited batches. This goes all the way back to the striking Type 34 coupe, a far prettier Karmann Ghia than we ever received stateside. If you’re following the Radwood era of vehicles, then a similar stunner should be on your shortlist: the VW Corrado offered with a supercharged four-cylinder or sonorous VR6 powerplant. This 1992 model listed recently on Craigslist in Catonsville, Maryland is the six-cylinder model, with an asking price of $3,000.  According to the Hagerty Insurance Online Valuation Tool, the Corrado in SLC trim clocks in at $25,000 in peak condition, and trails down to $4,100 in “Fair” condition. Given the seller lists more than a few issues with this rare Corrado, perhaps there’s a reason for undercutting the low number, but it’s still said to be quite quick on its feet.

The Corrado was a mixed bag for Volkswagen when tallying up the final sales figures, but this is largely due to the intentionally low production volume. Right from the start, the car was destined to be the apple of many Volkswagen enthusiasts’ eyes given its drop-dead sexy styling, impressive performance, and whiz-bang technology, including a spoiler that was speed activated – just like the iconic wing on the Porsche 911. The initial run with the supercharged G60 powerplant wasn’t exactly a home-run in the reliability department, but the iconic VR6 fared slightly better. Still, a high price tag (for a VW) was possibly the biggest obstacle to ownership, especially since the Corrado competed against its sibling the GTI, which offered similar levels of performance with a lower price of entry. Still, the Corrado quickly earned a place in the early 90s sport compact wars, and today is becoming a rapidly appreciating collectible.

That said, you can still find them in condition like this one for not much cash. One must give the seller credit for the honest description, which captures why so many of these cars have fallen down the slippery slope of increasingly negligent owners. Parts have become hard to find, and the list of components that are ready to fail by this point in the car’s life grows longer by the year. The seller reports the trick rear spoiler no longer activates, and the passenger side window has stopped working. Other issues are more age-related, including tired struts, weak shifter bushings, and an exhaust that needs replacement, among other items. The Corrado is said to still run quite well, and is a rare non-sunroof model – making for one less component to go bad. The clear coat failed and the paint is rough, so there’s plenty of work to do. However, if the seller offers some additional give on the price, there’s enough meat on the bone here to restore this Corrado back to Radwood-ready condition. Good luck with the purchase if you decide to take on this Corrado rescue!

1992 VW Corrado SLC (built February 1992) 5 speed VR6
Color: Dark Burgundy Pearl Effect
Some what rare: No Sunroof
Interior: Seats are gray cloth
205 thousand miles. I bought it in 2015 with 180K. I am allegedly the 3rd owner.
Selling AS IS. *No trades*. Cash preferred.

The Good
This car is stock except for the 16″ VW rims – a great candidate for a restoration.
Car is running on 205/45-16 Falkens with some tread on them.
Both door handles have failed, and both have been properly repaired (these handles are Corrado specific of course)
The body is “straight” with some nominal dings and almost entirely rust free.
The motor is strong and true to the VR6 pulls great at all rpm.
The interior is in pretty good shape (far from “mint”) for a 29 year old car. Carpet needs cleaning, etc.
Relatively new catalytic converter.
Still very fast – contact me for a test drive

The Bad
This car is a pain in the ass to own, so you better be a Corrado lover. Many parts are hard to find.
To enjoy this car properly you’ll need to sink a few grand $$$ into it (new struts, new cat back exhaust, repair wing function, repair passenger side power window, etc).
The paint is tired. Clearcoat has suffered badly on the roof and hood. In my opinion the car needs a great paint job.
The driver side front caliper needs to be replaced or rebuilt (the brakes work, but this caliper does not fully disengage, which if driving more than a short distance will make the wheel really HOT)
The wipers currently only operate in the high speed setting. Normal and intermittent currently do not work. I tried two other wiper “stalks” and neither cured the wiper problem. The extra stalks are included.
The car needs a new exhaust system from the cat back. Currently has factory exhaust.
Tiny rust spot in rear passenger side corner of hatch glass – see photos.
The shifter works fine but is a bit sloppy – I think it needs new shifter bushings.
The suspension needs freshening up (struts are “shot”).
The rear wing stopped working earlier this year – I havent had time to mess with it.
A/C does not work.
The passenger side power window stopped responding about two months ago (June). A1electric (.com) sells a kit to make it bullet proof but last time I checked they were waiting for restock.
The original radio works, but the LCD is not so good. All of the original “Activa” speakers are blown.
Battery is weak.

The Ugly
The motor uses some oil.”