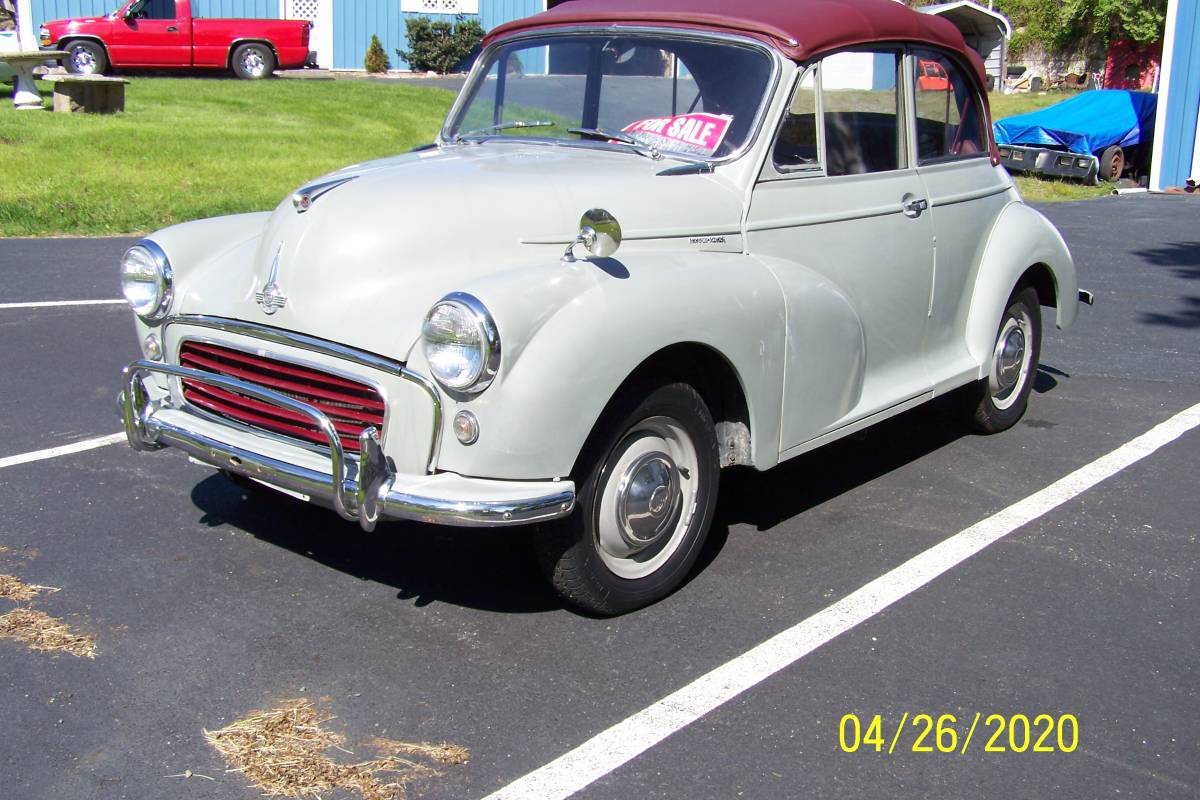 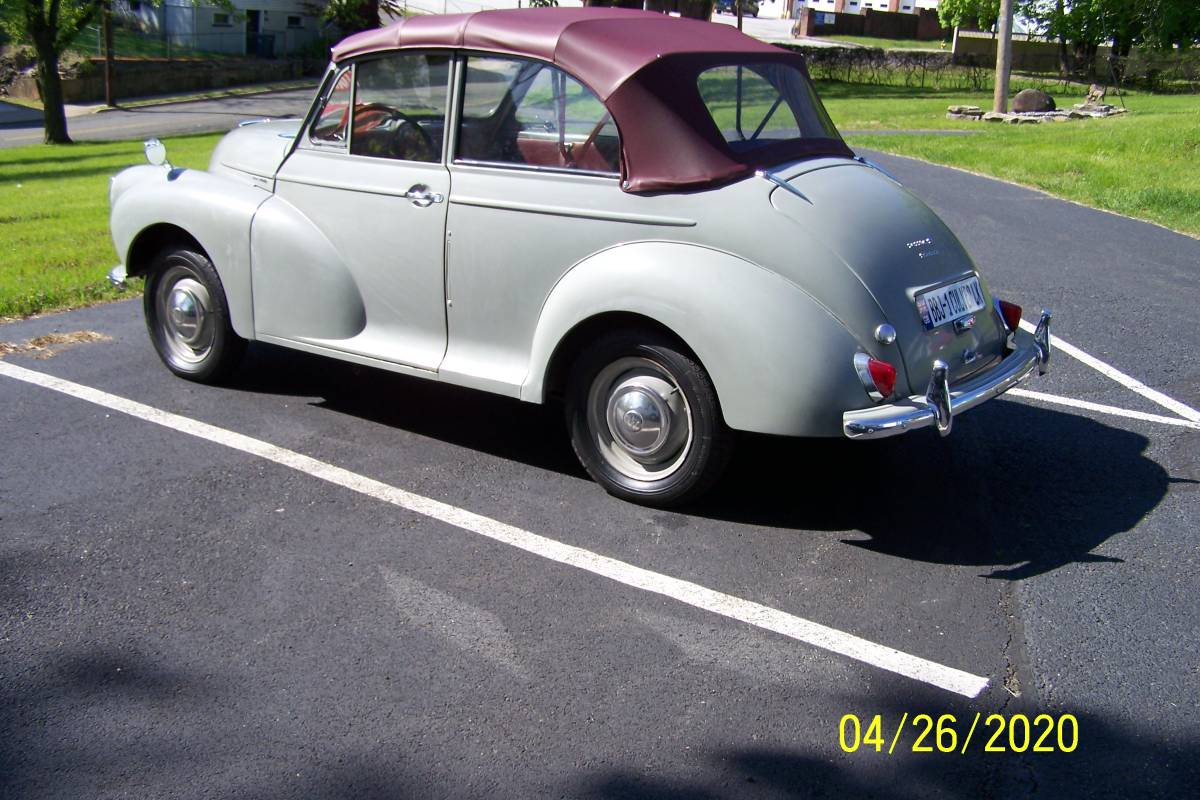 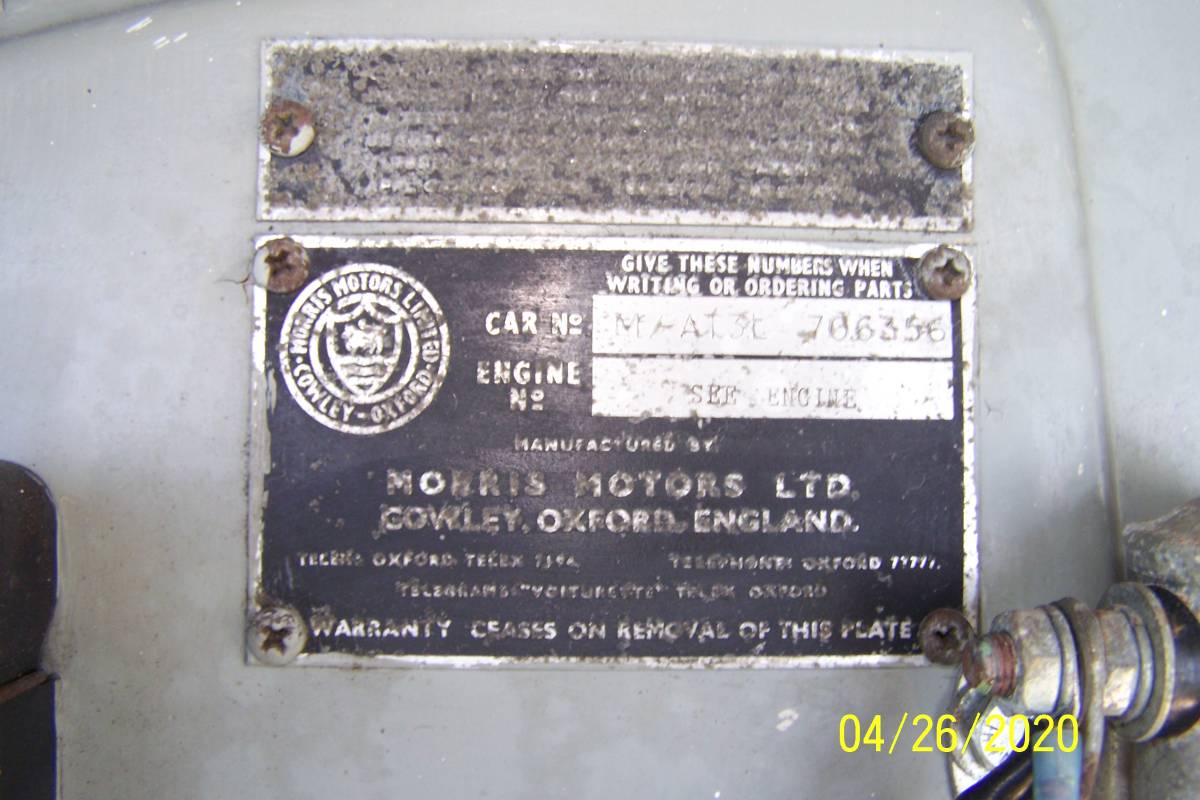 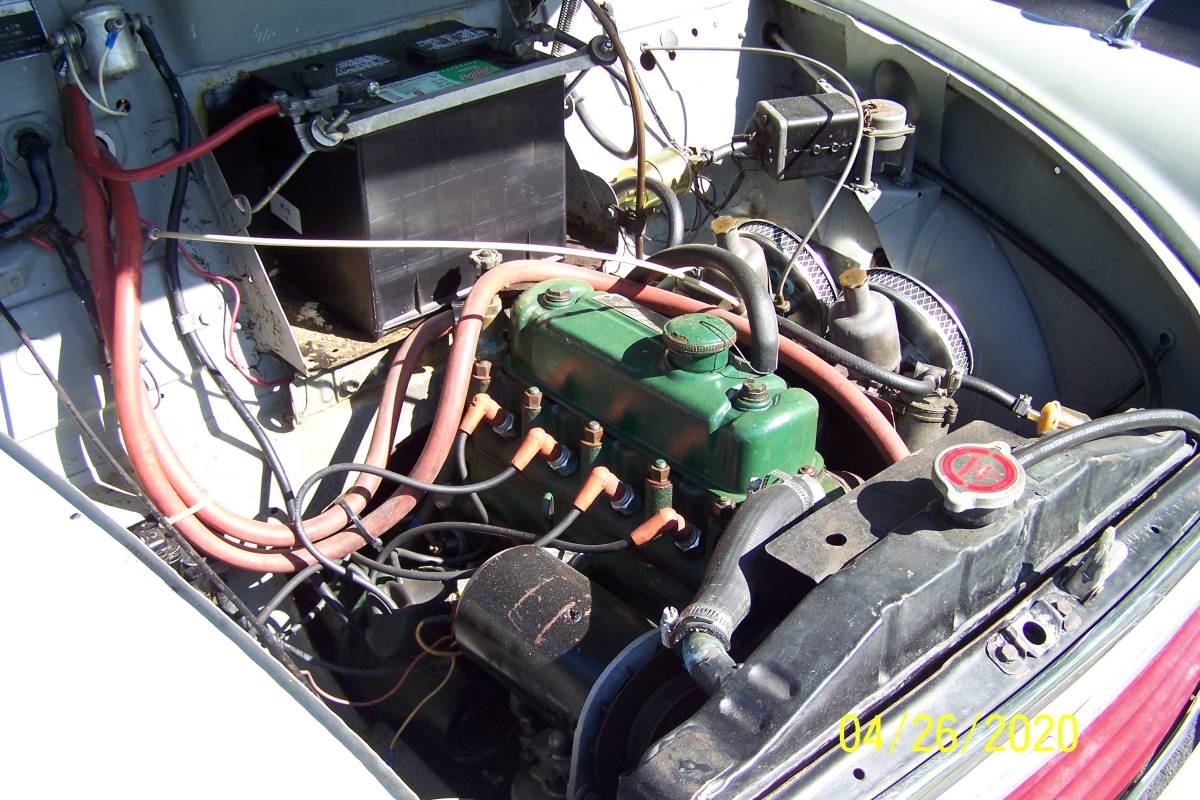 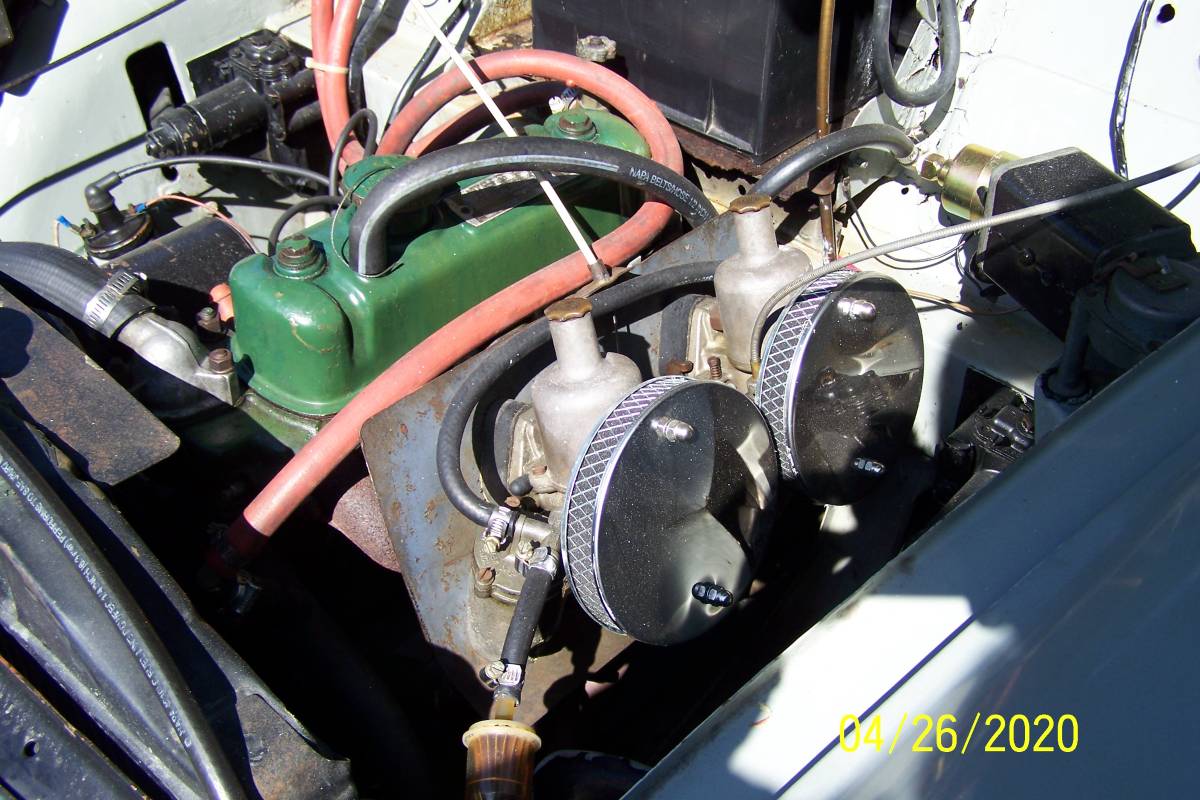 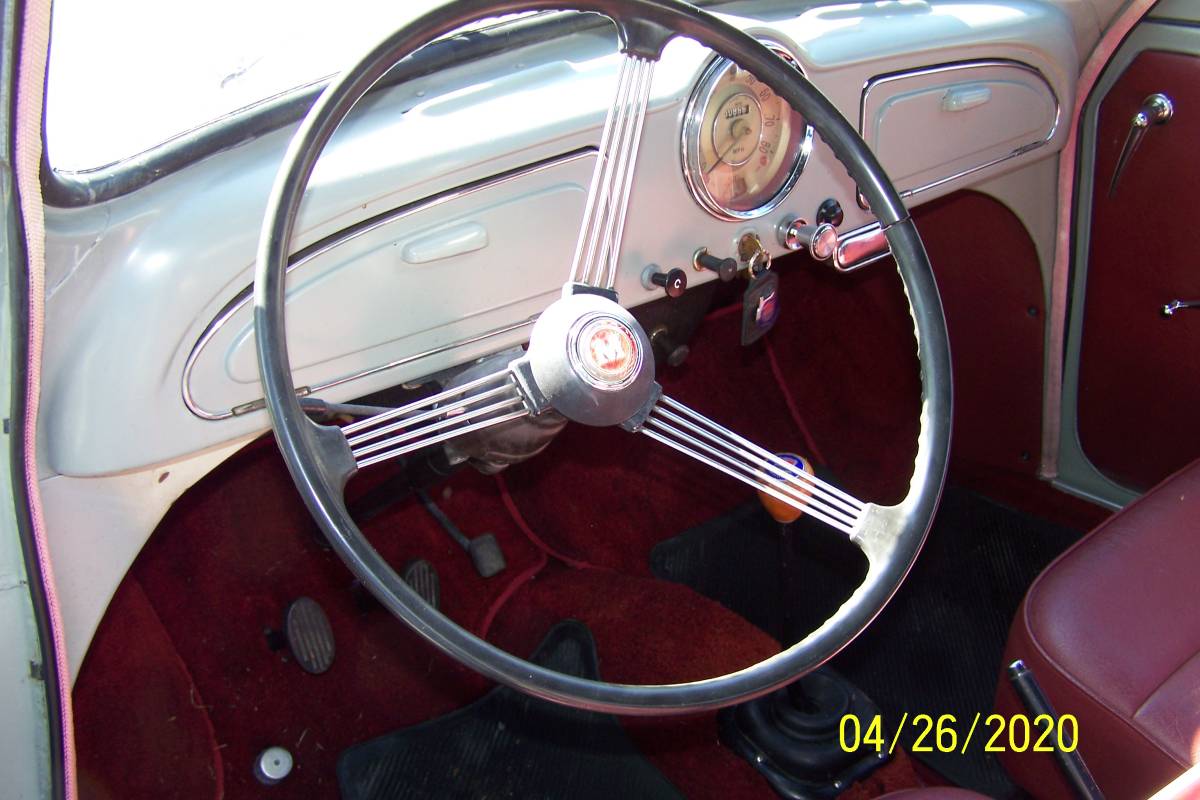 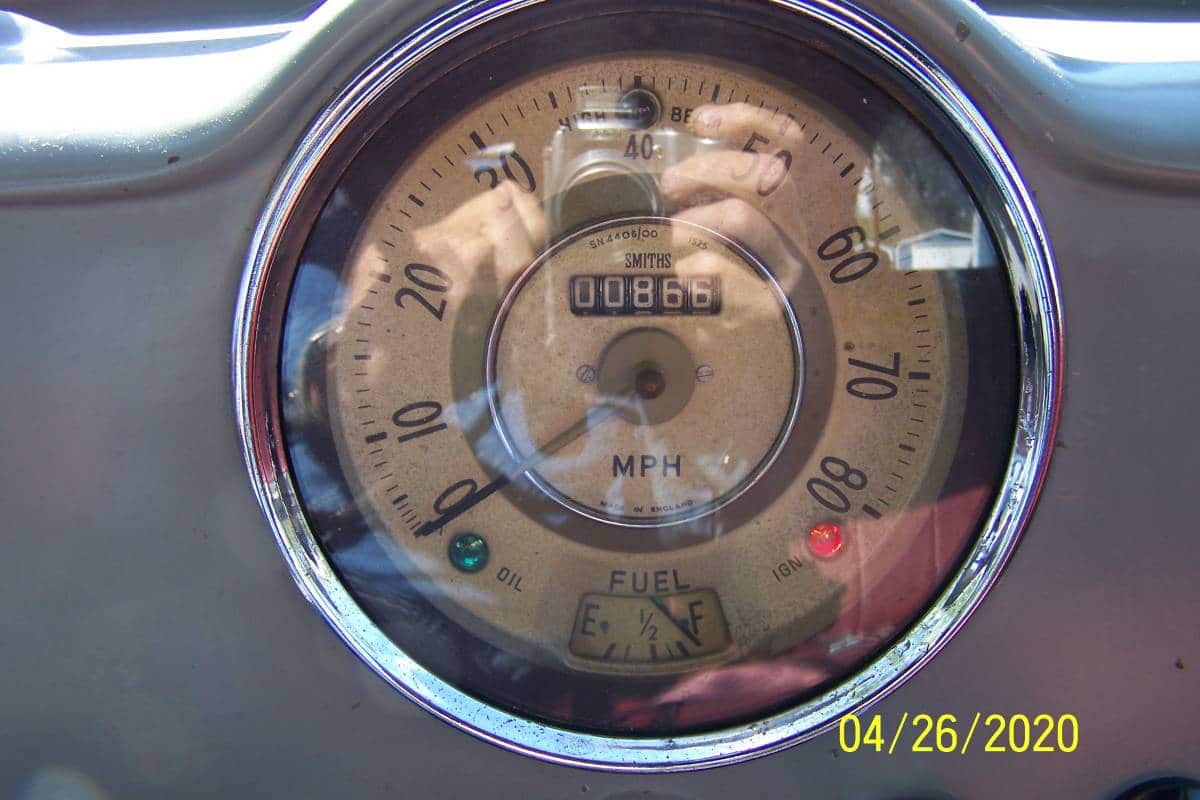 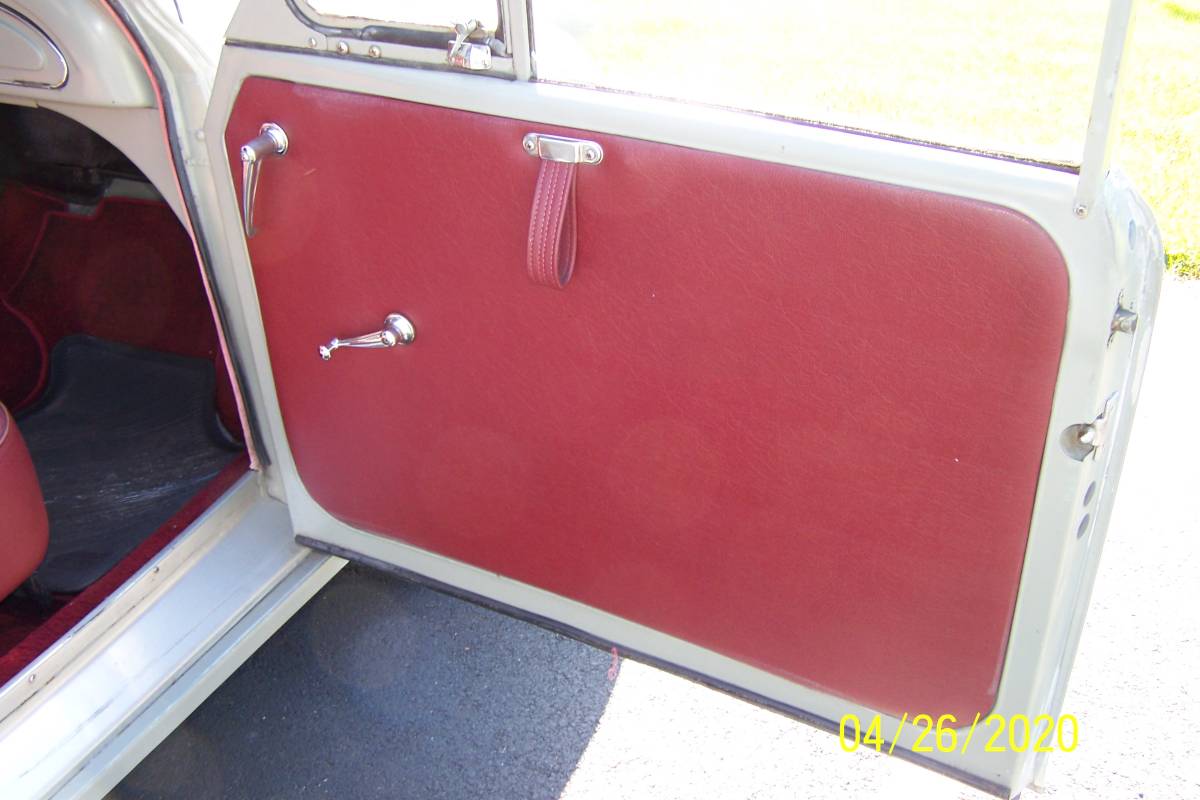 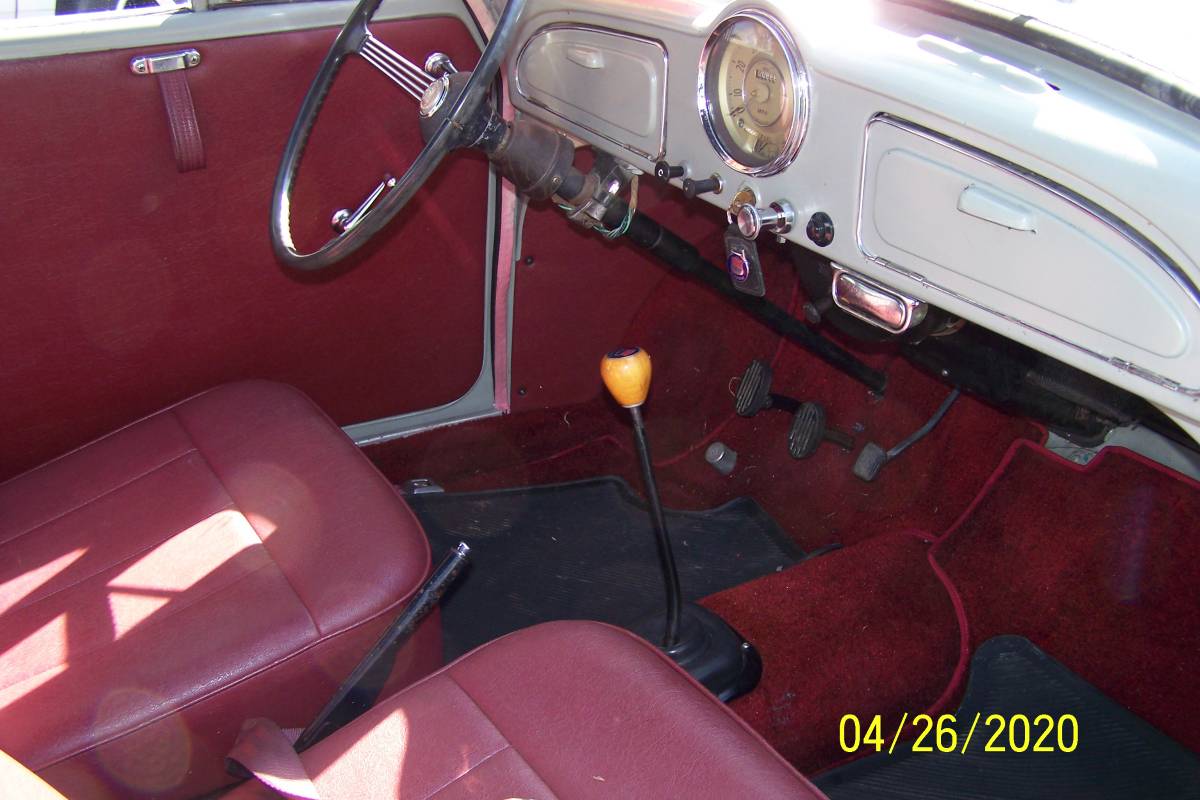 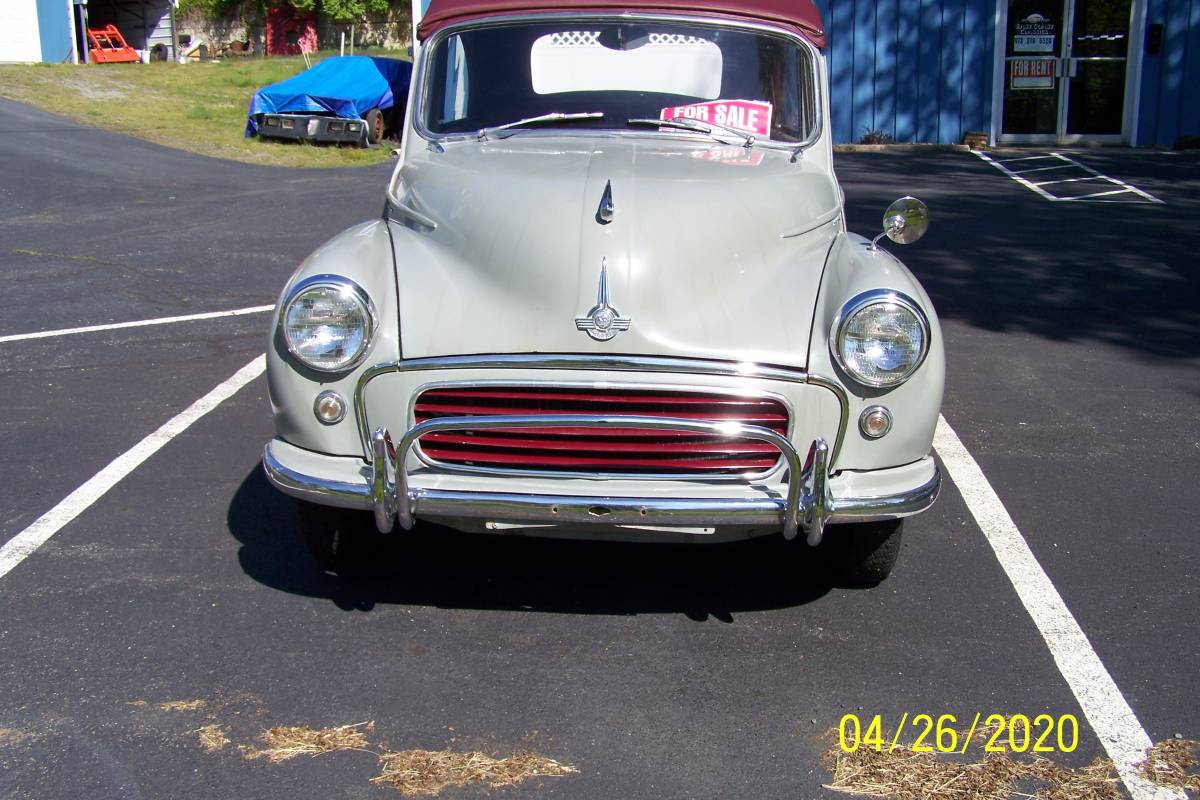 October 17th Update: We just confirmed the selling dealer we called out on the egregious flip now has this Morris Minor marked as “SOLD” on their website, so we are doing the same on ours.  Our only hope is the buyer saw this post before buying and paid less than the asking price. This one may have got away, but if you have your heart set on something similar, email us the details of what you’re looking for or call Rudy directly at (908)295-7330

September 9th, 2020 Update – While updating our Topless Thursday listings, we confirmed the latest North Jersey Craigslist listing for this Morris Minor 1000 convertible we first featured May 9th of 2019 expired.  However, our creative searching for another listing for the car, we stumbled upon this listing for an eerily similar example on this Stratford, Connecticut based Classic Car dealer site.  Unfortunately, said dealer asked $17,900. When we called the dealer to inquire about the car, they confirmed it came out of Northern New Jersey.  When asked what they’ve done in the past two months to justify the six thousand price increase, the sale person sheepishly said, “Um…I would have to go back and look at the receipts.” This after going into great detail about the underside of the car, how it has a modified engine, and a bevy of other fine details before I asked the question.

We are firm believers in free-market capitalism and the right for everyone to make a reasonable profit.  However, when you buy a car for nearly $12,000, do nothing to it other than haul it back to your dealership, and then expect someone to pay $6,000 more, that’s not doing anything good for the collector car hobby.  It only serves to further artificially increase the perceived values of cars. The lesson here:  when you’re interested in a car a dealer offers for sale, ask for proof of what they purchased the car for and then what they’ve done to the vehicle since.  That should be your starting line for any negotiation.  If they refuse to provide either detail, you need to just walk away and wait for a better collector car to turn up – they always do!

Here’s a video synopsis Rudy pulled together of this Minor’s price and sale history over the past 18 months:

May 21st Update:  Preparing for this week’s “Topless Thursday” features we came across a completely updated post featuring a $2,000 price reduction down to $12,995 and a fresh set of pictures from just last month.  The new pictures are posted in the carousel above while the photographs from last year remain in the original description below.    This is a neat little car in a nice color combination.  If you are serious about buying this Morris Minor, you can start the conversation by calling Bruce at (973) 219-5520.  Please remember to mention you saw their post featured on GuysWithRides.com.  Good luck with the purchase!

March 19th Update:  We were quite surprised this week to come across this 1959 Morris Minor 1000 convertible we originally featured nearly one year ago in early May.  We’re glad we saved the pictures from last year, as the ones provided in the current Craigslist post do nothing to see this car.  The private seller continues to ask the same price as last May.  In one of the new pictures, the seller highlights what appear to be scrapes on the driver’s side;  you’ll need to confirm whether those occurred in the past year.

We are featuring this 1959 Morris Minor Convertible for this week’s Topless Thursday post.  The private seller had his Minor listed on Craigslist  in Newton, New Jersey for the finally revised price of $11,995, which is $3,000 less than what was asked for the car up until this latest post.  Based on the Hagerty Insurance Online Valuation Tool, the owner has this Minor Convertible currently priced between the #2 “Excellent” ($17,600) and #3 “Good” ($11,200) levels. 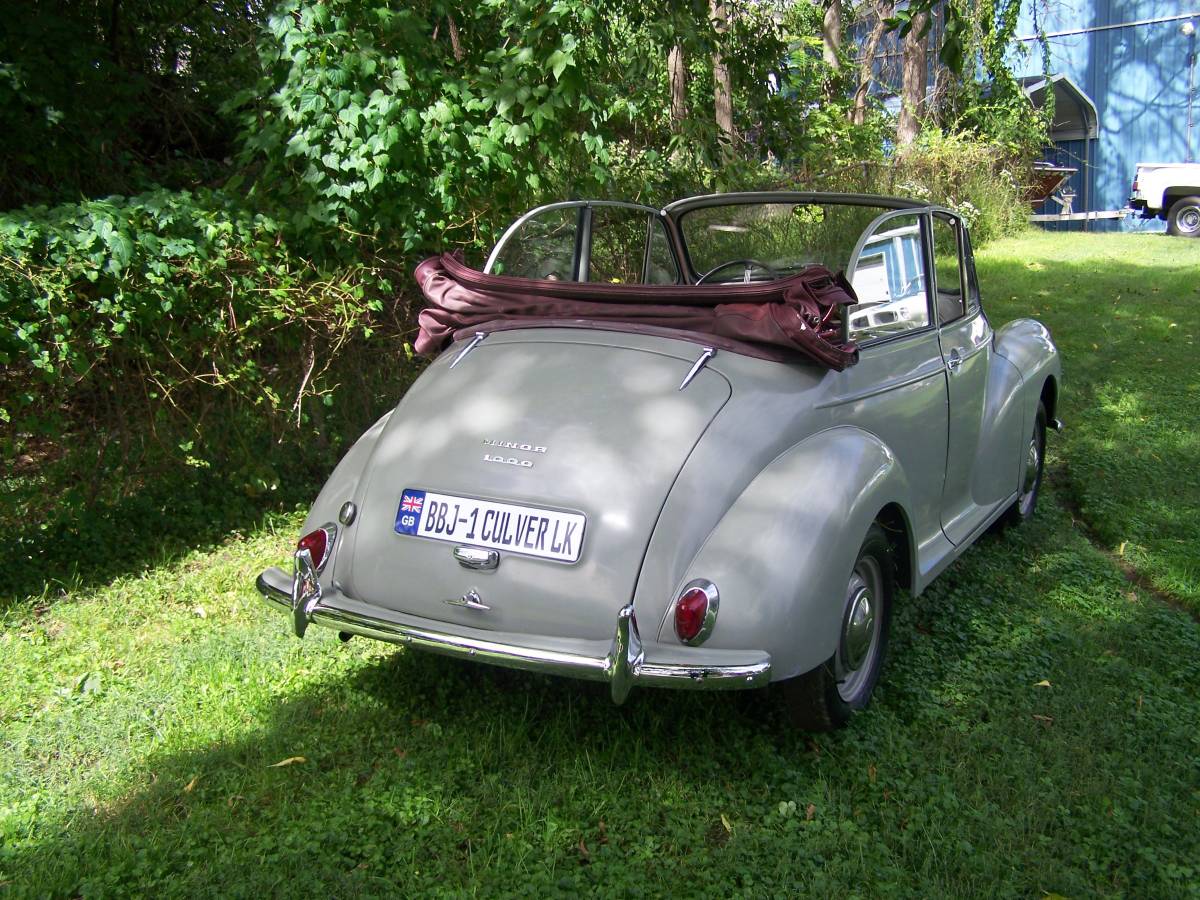 In an excerpt from Gillian Bardsley’s book “Issigonis: The Official Biography”, Sir Issigonis said his overall concept was to produce a practical, economical, and affordable car for the general public that would equal, if not surpass, the convenience and design quality of a more expensive car. He wanted to design an economy car that the average man would take pleasure in owning, rather than a feeling of it as something he’d been sentenced to.  Sir Issigonis also wanted the car to be as spacious as possible for its size, and comfortable to drive for inexperienced motorists. Just as he would with the Mini ten years later, he designed the Minor with excellent handling and accurate, quick steering, to make it safe and easy to drive by everyone.

The Dove Gray over Burgundy Vinyl 1959 example presented here is what the seller describes as a well-preserved model that features one repaint.  Convertible Minors featured fixed-frame windows similar in design to Nash Ramblers of the period, although the cleaner execution on this car looks like the windows are simply rolled up. 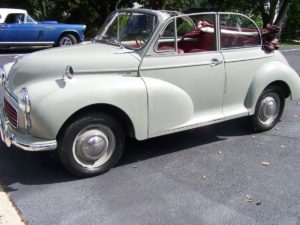 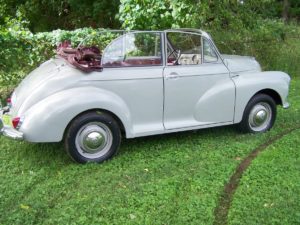 The seller describes the top and interior as “like new” however you’ll have to confirm with him whether these are original to the car or have been replaced.  We suspect the latter during the previously mentioned repaint.  We also like the addition of seat belts this example features. 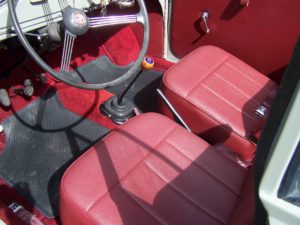 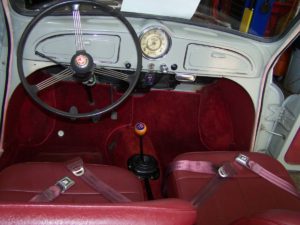 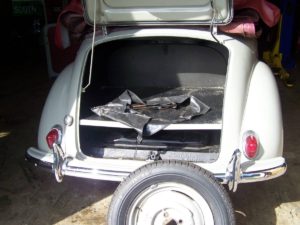 While the seller does not provide a view of the engine, he states his Morris “runs great” and he does provide an extensive set of pictures to show how solid his Mosquito is. 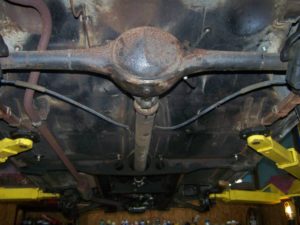 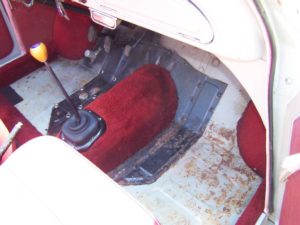 Given the limited details the seller provides in his current post, we recommend giving him a call to get more details and then go through this Morris thoroughly during a pre-sale inspection.  If you’re looking for an entry-level, small vintage convertible that doesn’t have the quirks and commonality of VW Beetles, you can’t do much better than a Morris 1000 like this example.  Good luck with the purchase!

Here are the latest pictures provided: 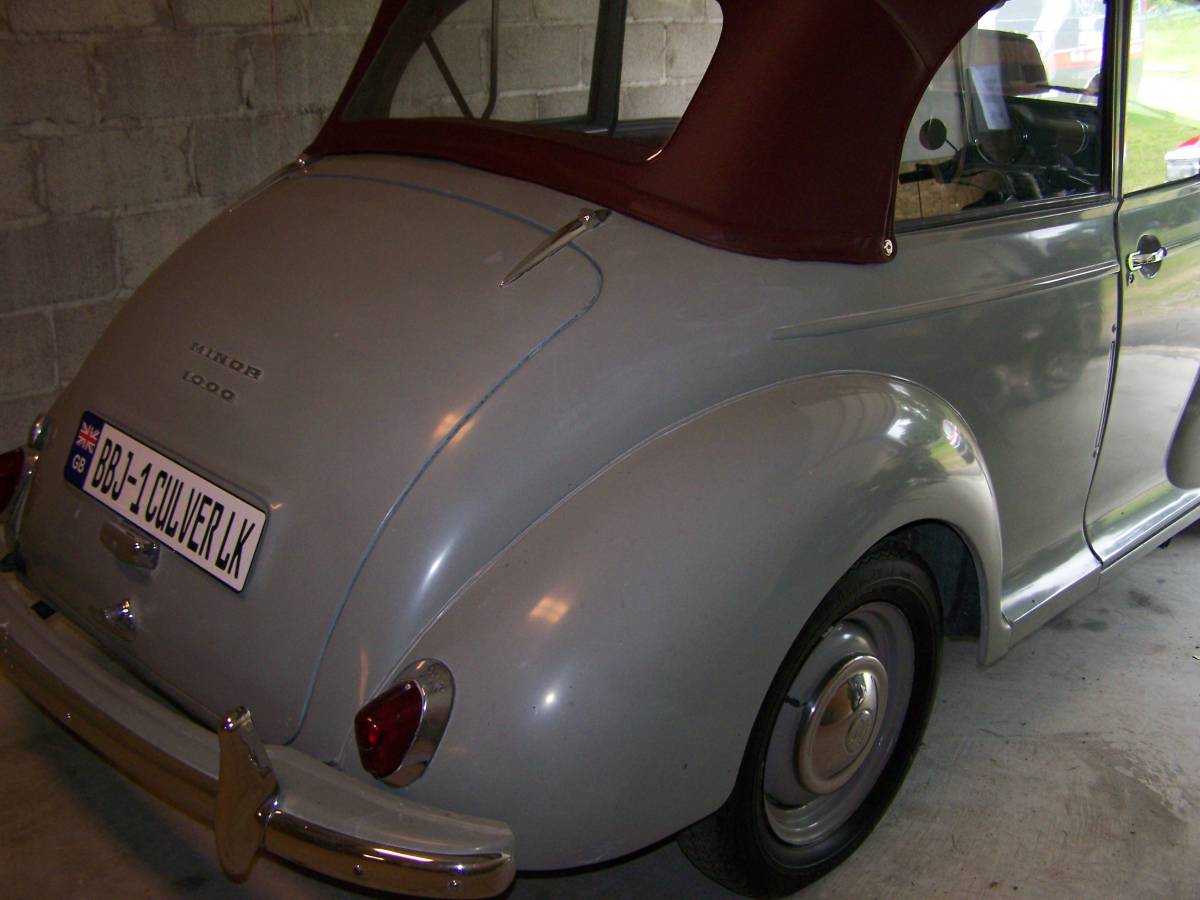 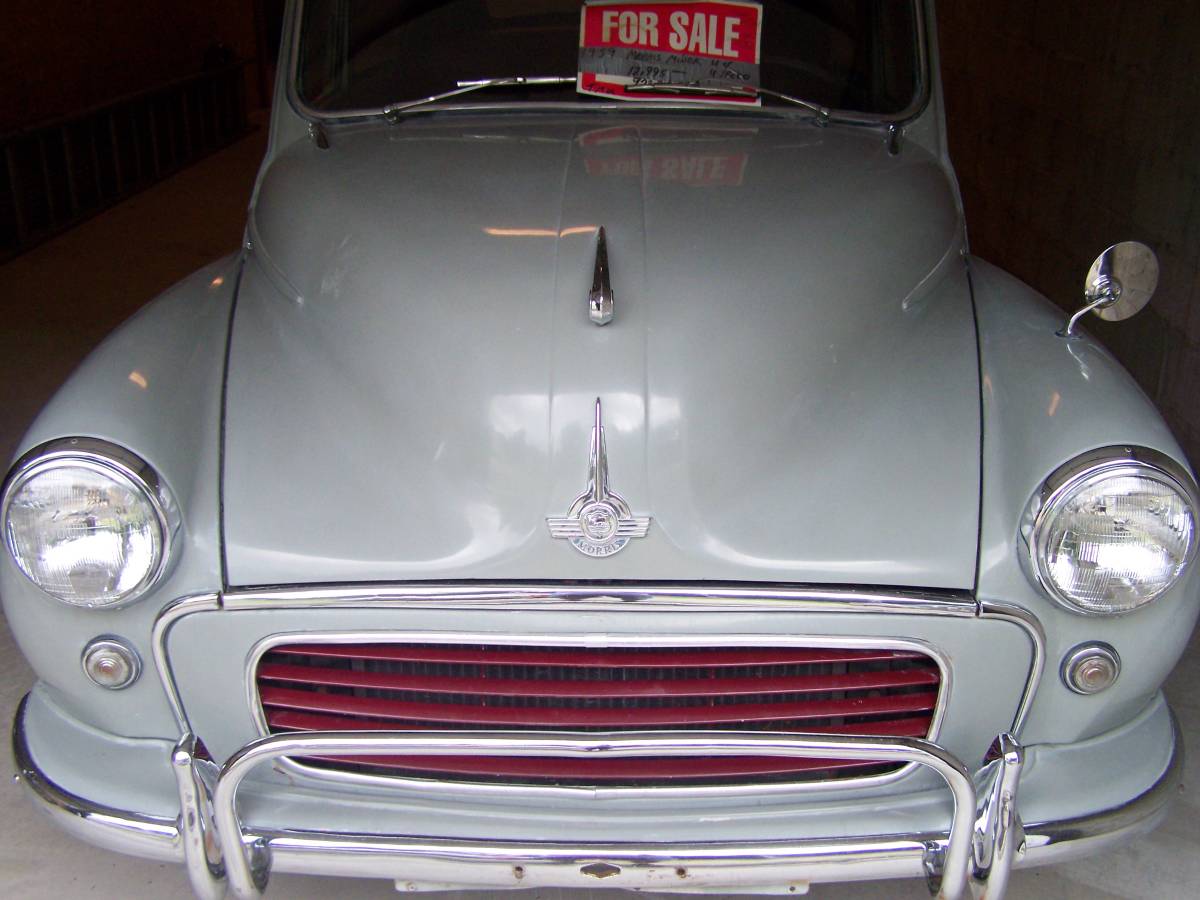 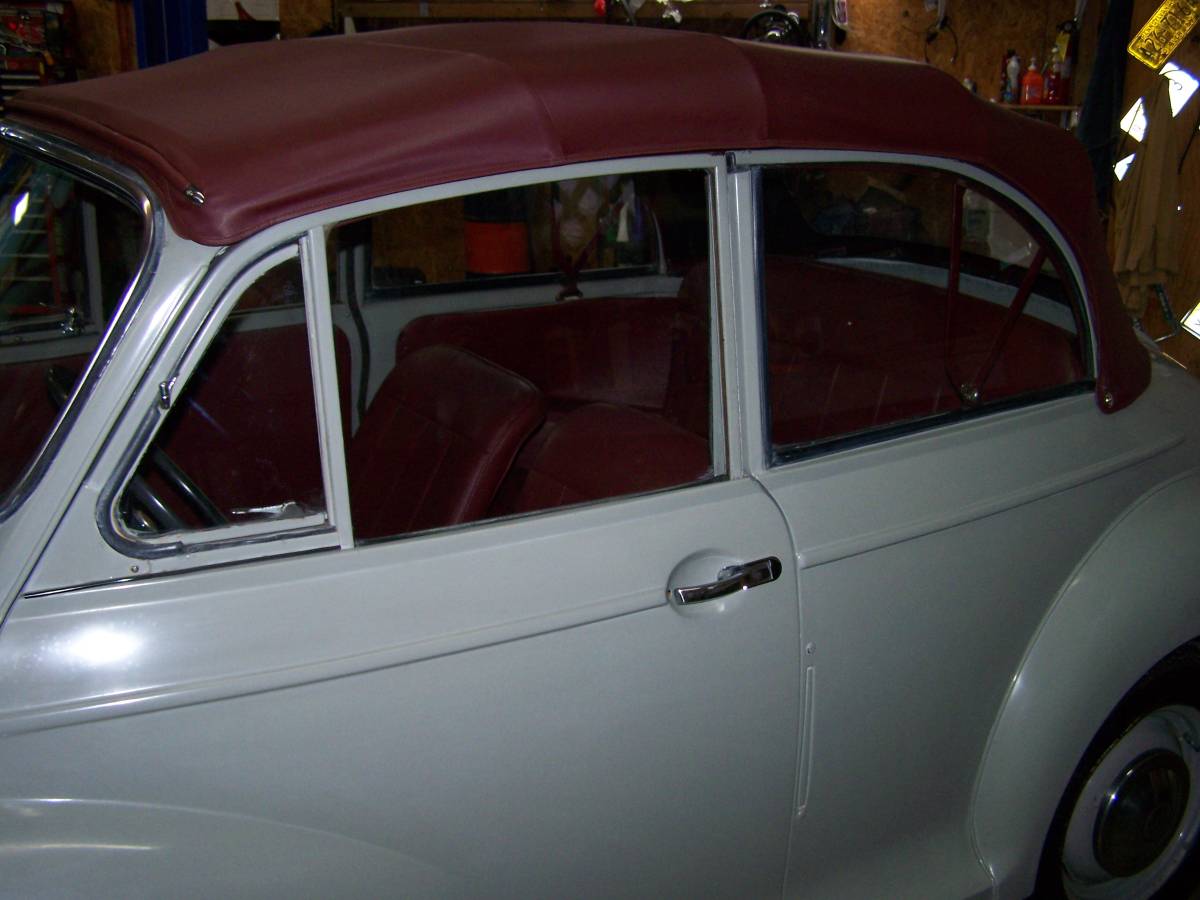 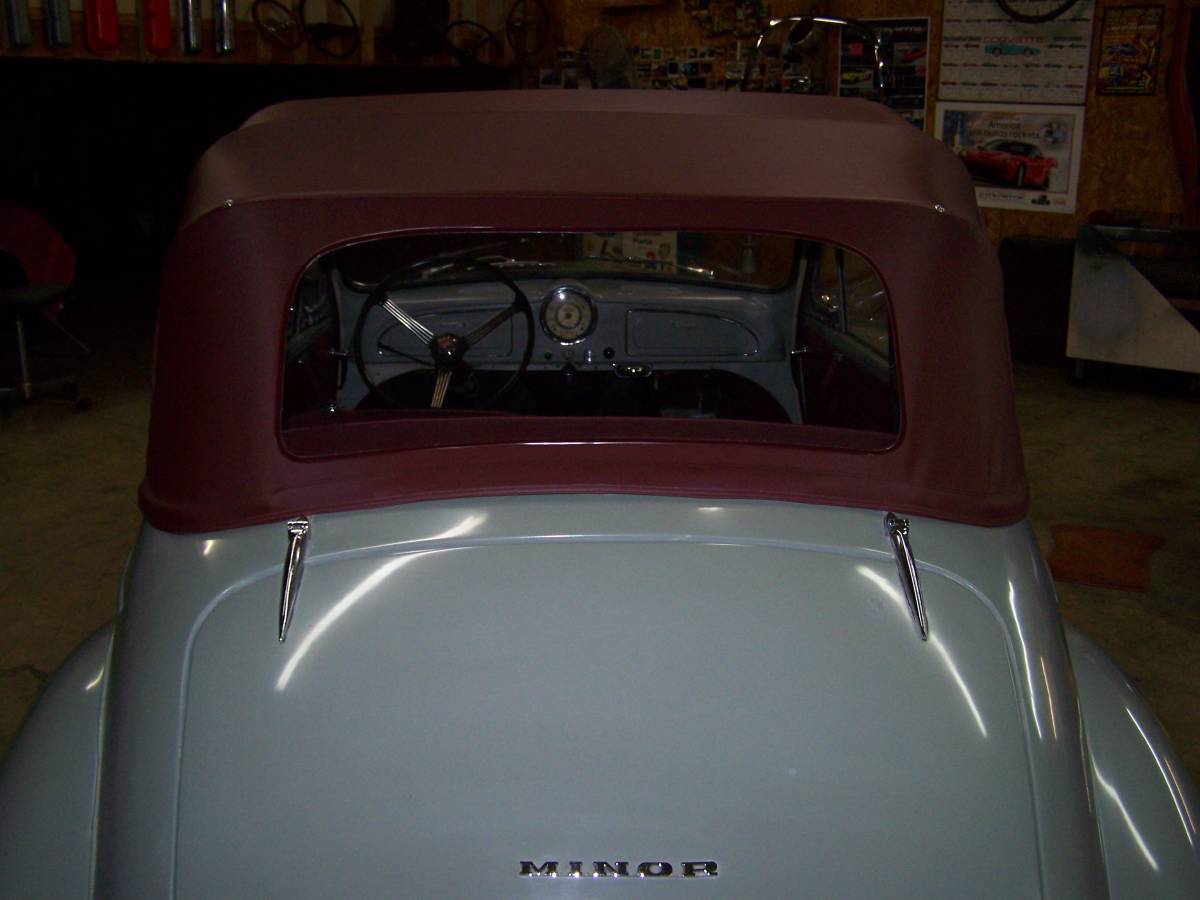