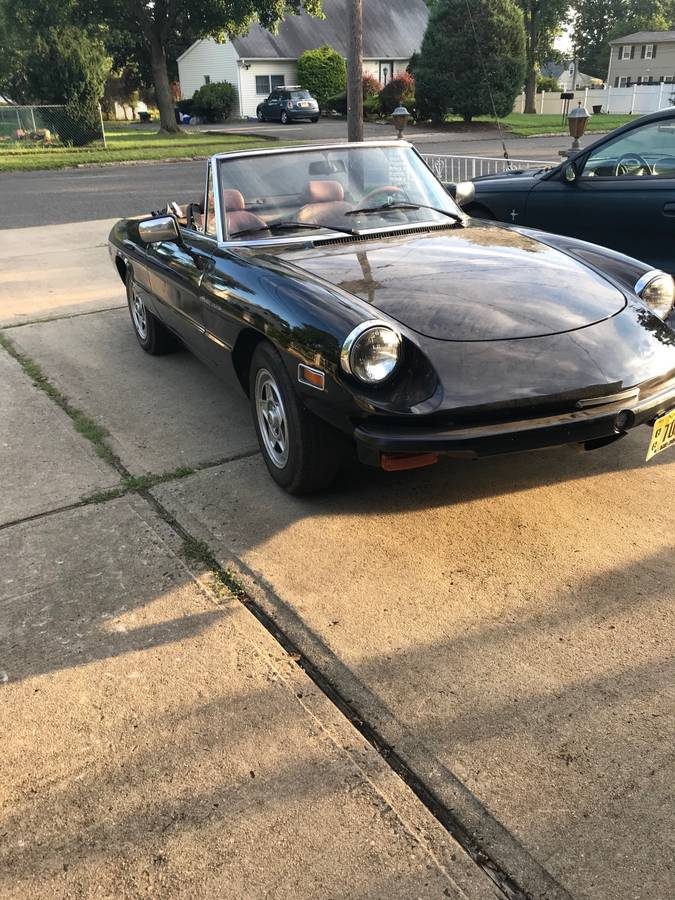 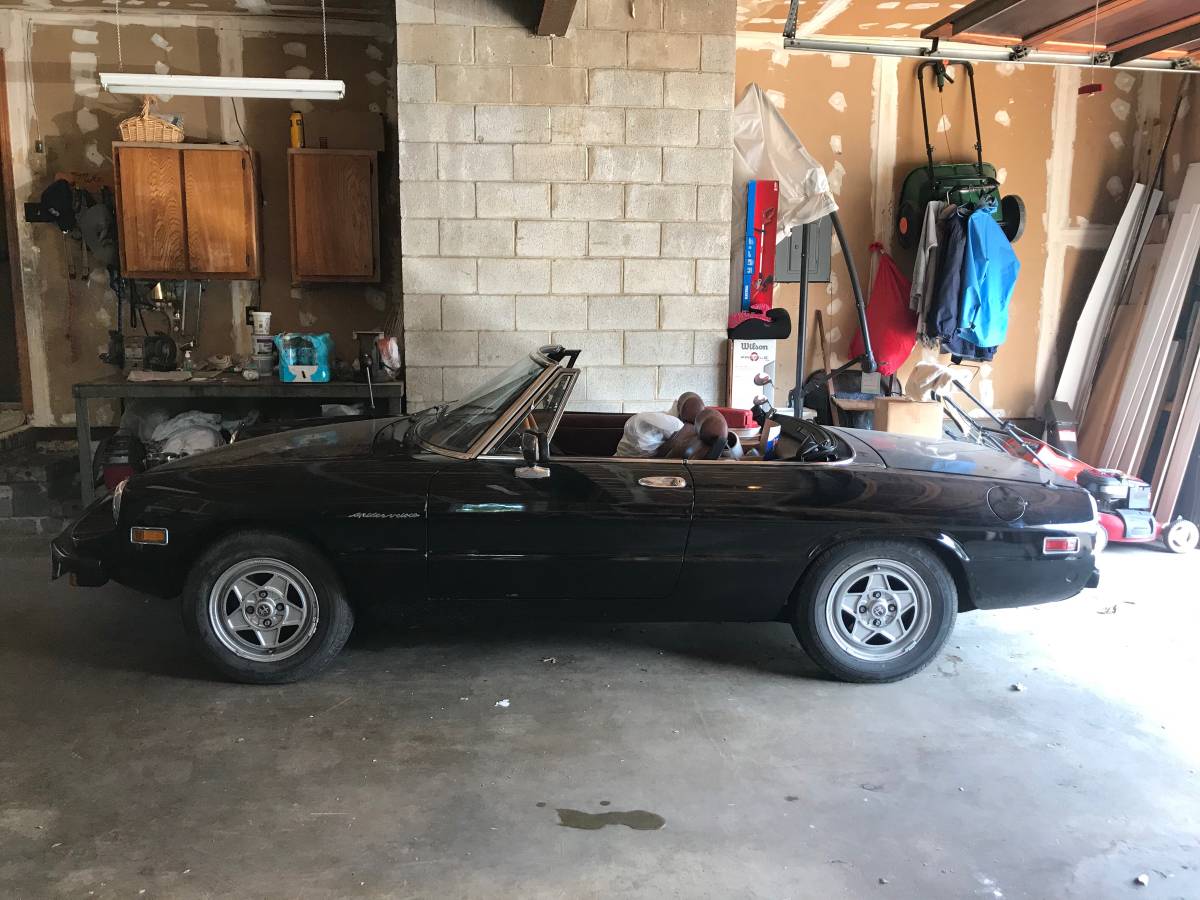 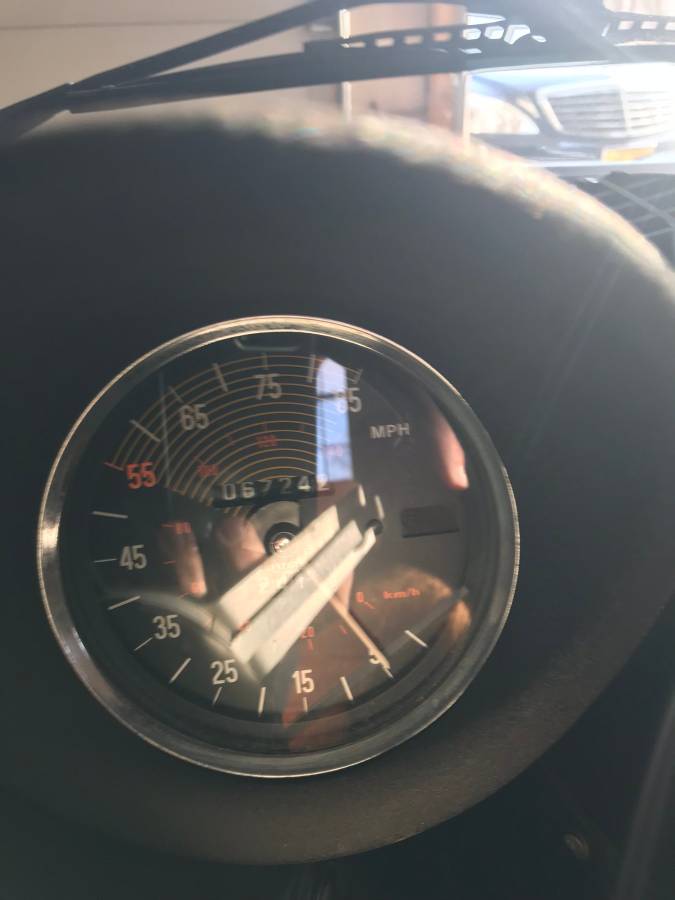 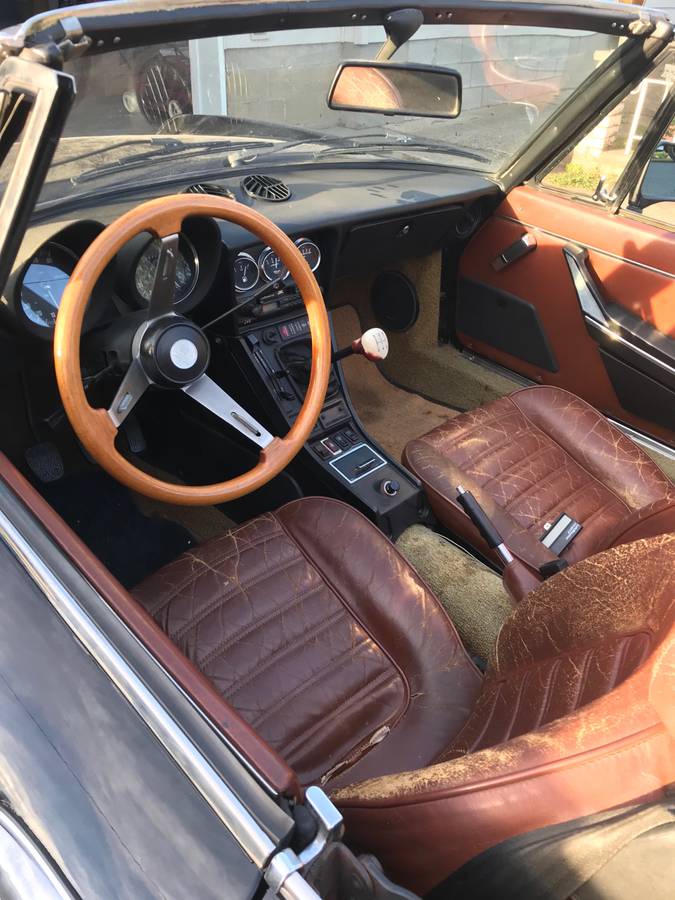 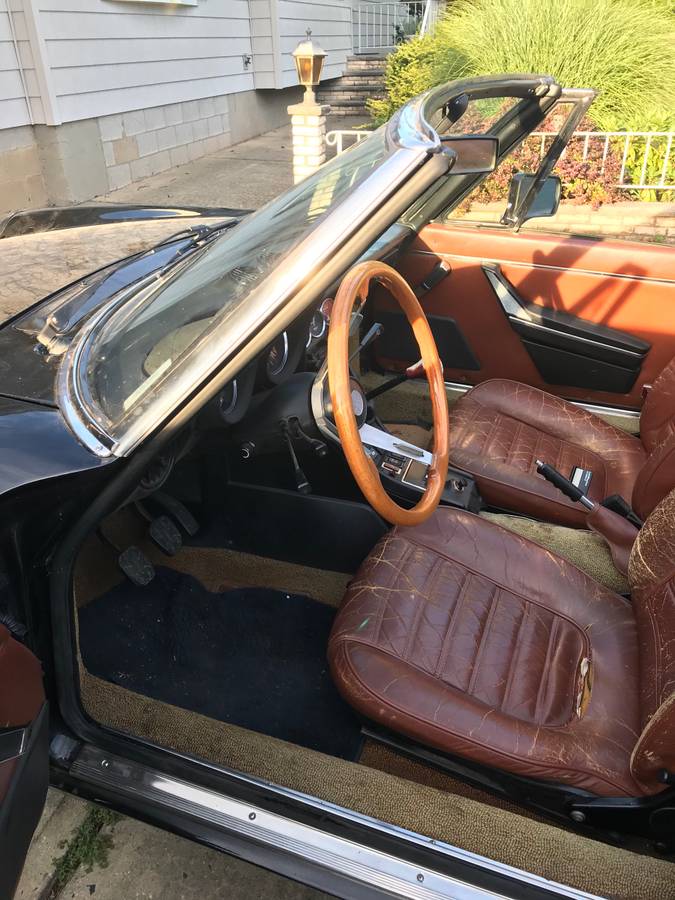 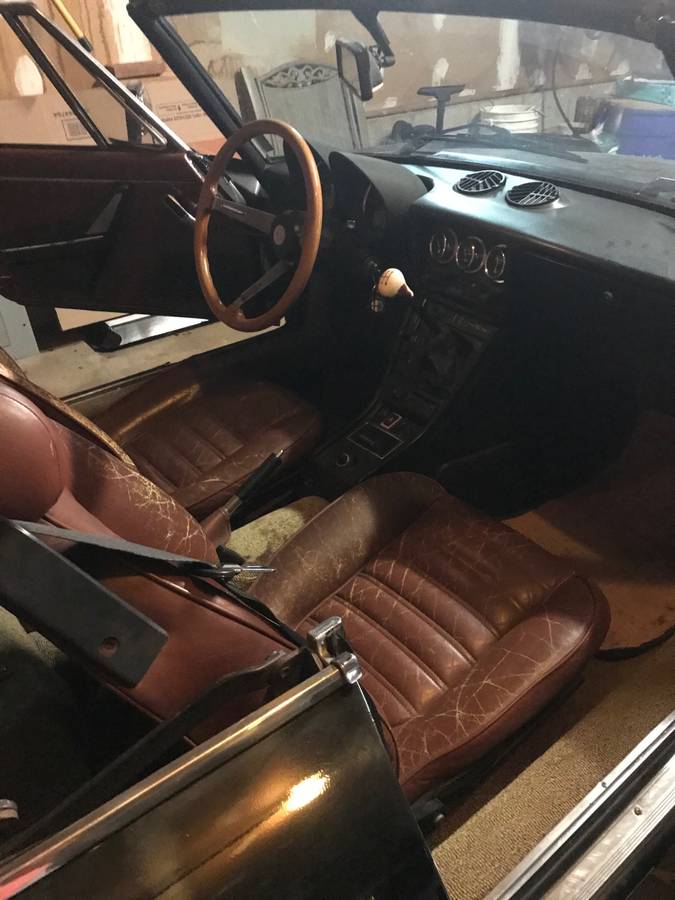 September 18th Update – that didn’t take long. Not even one week after first listing their Alfa Spider Veloce on Craigslist, we confirmed today the seller of this black over cognac leather example deleted their ad, so we’re calling this sports car “Sold!”

In our personal daily drivers, we’ve always shied away from light tan leather interiors as they require constant upkeep to ensure they stay looking like new.  We’d much rather prefer the natural baseball glove leather of this 1981 Alfa Romeo Spider Veloce recently listed on Craigslist in Readington New Jersey where the current caretaker asked $5,800.   Comparing this price against the Hagerty Insurance Online Valuation Tool confirms this private seller has his Spider priced below the current #4 “Fair” (Daily Driver) estimate of $7,300. As a second data point, looking up this car on the Collector Car Market Review website confirms the asking price falls between their #4 “Fair” appraisal of $4,150 and the #3 “Good” of $7,950.

Alfa Romeo produced the two-seat, front-engine, rear-drive Spider sports car for nearly thirty years from 1966 to 1994 in four distinct series. The Spider featured here is a Series 2 example produced from 1970 through 1982.  In 1970 the first significant change to the exterior styling was introduced on the 1750 Spider Veloce, with the original’s distinctive elongated round tail revised to a more conventional Kamm tail, improving luggage space. Numerous other small changes took place both inside and out, such as a slightly different grille, new door handles, a more raked windscreen, top-hinged pedals, and improved interior trim.

In 1971 Alfa Romeo introduced a larger 1,962 cc, 132 horsepower inline-four that subsequently changed the car’s name from 1750 Spider Veloce to 2000 Spider Veloce.  Then for 1974 the pretty early-style stainless-steel bumpers were discontinued and replaced with black, rubber-clad units to meet increasingly stringent North American crash requirements. Power from that point forward for all North American Spiders came from a 2.0 liter double overhead cam inline-four. Originally topped with Weber Carburetors, a Spica fuel injection system managed fuel until a much more modern Bosch L-Jetronic system took over those duties. Power from this engine transferred to the rear wheels via a five-speed manual transmission with a distinctive shifter that appears to protrude from the middle of the dashboard.

We came across this interesting Alfa Romeo Spider buyer’s guide out of the Netherlands posted on YouTube.  While the narrator speaks in Dutch, English subtitles are provided so you turn the volume down:

As long as the private seller can provide at least the maintenance receipts while on his watch, there’s a good chance you don’t need to do anything more right now other than enjoy driving it during the fall.  Over the winter, you can work with a leather specialist to color march the dye needed to restore the wonderful baseball-colored seats.  Good luck with the purchase!