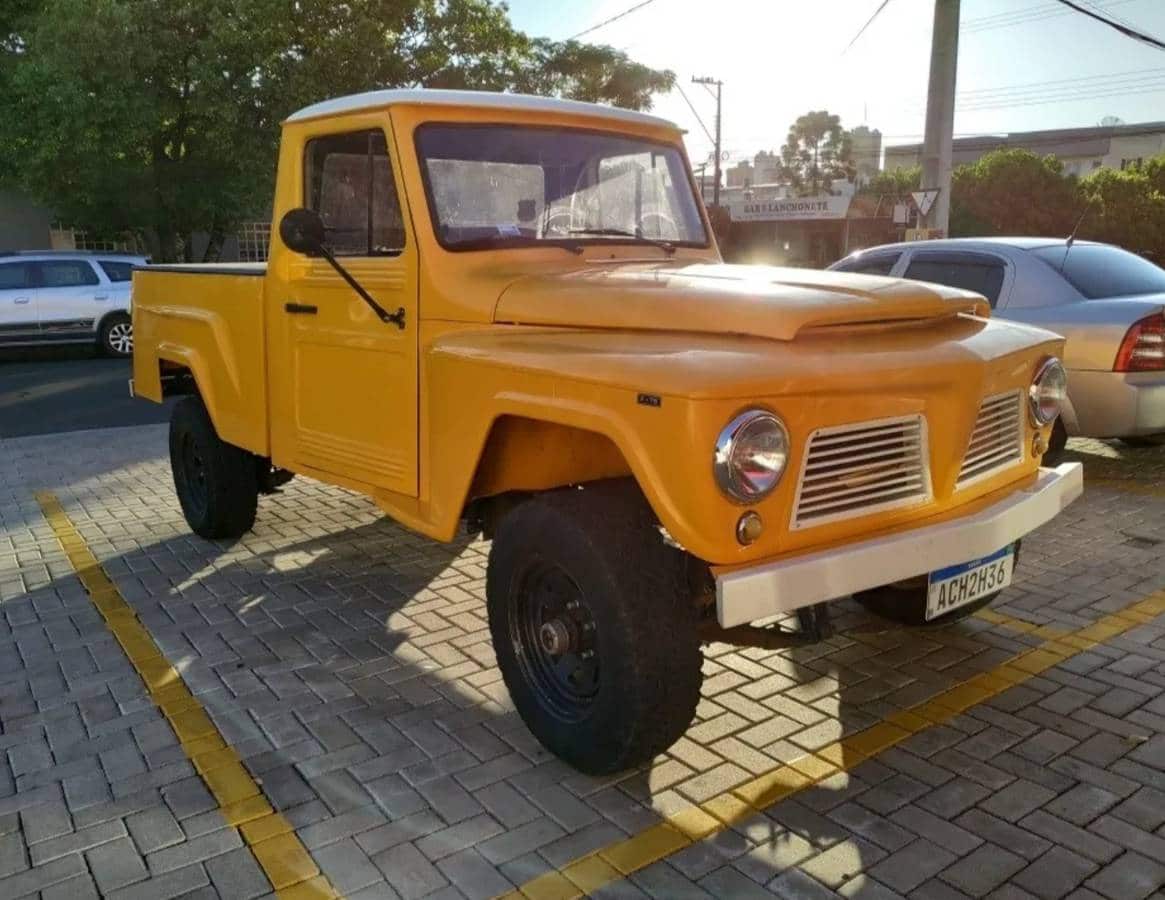 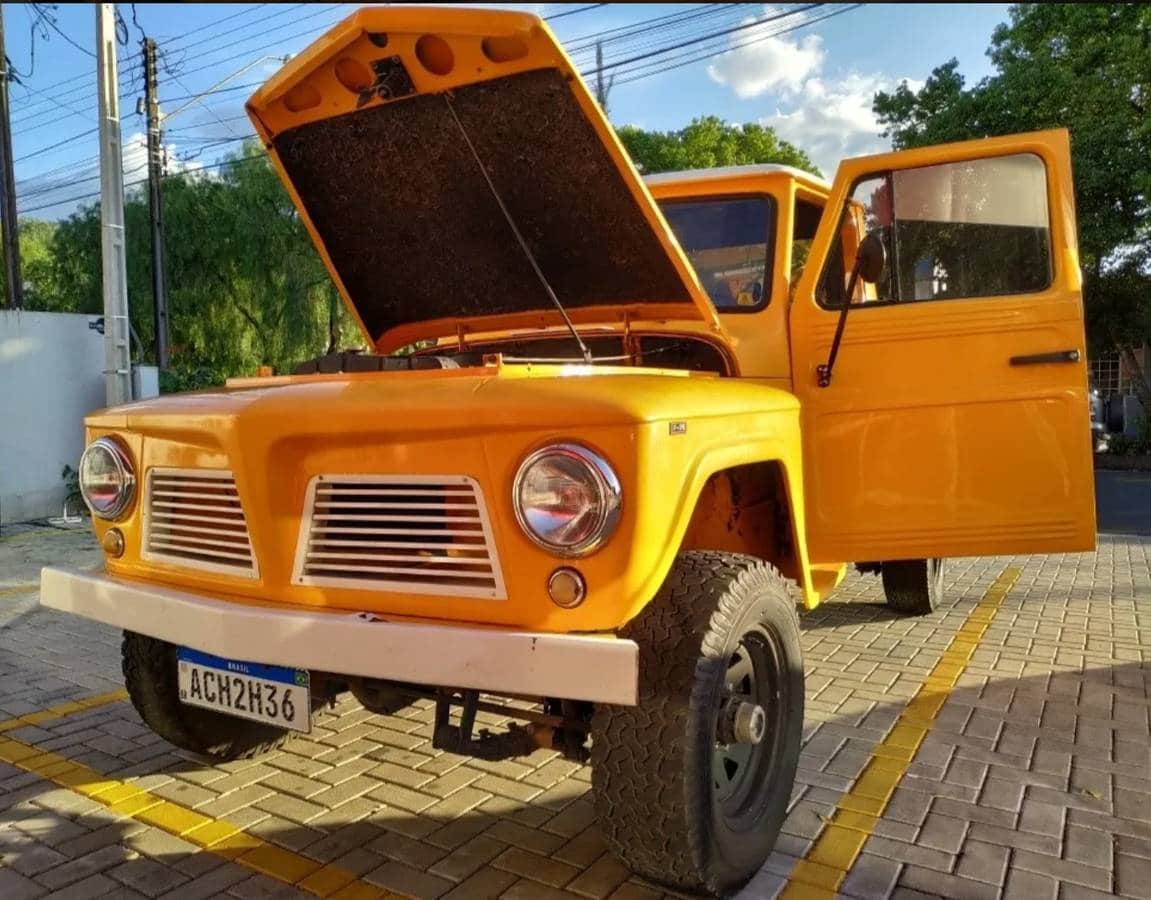 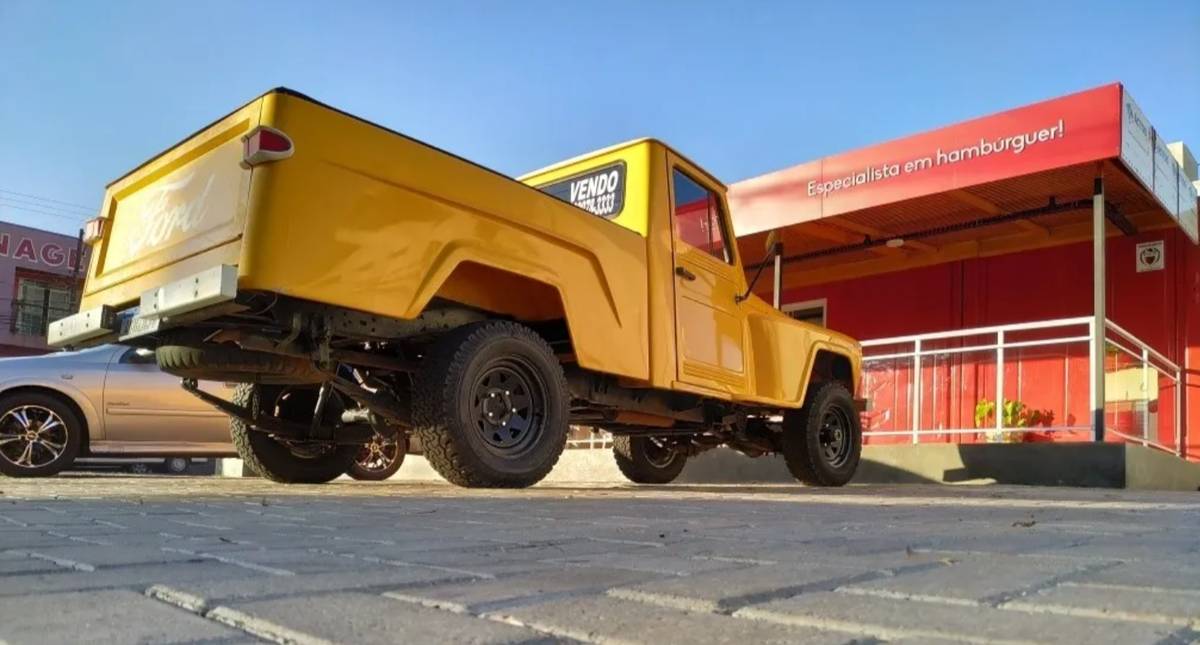 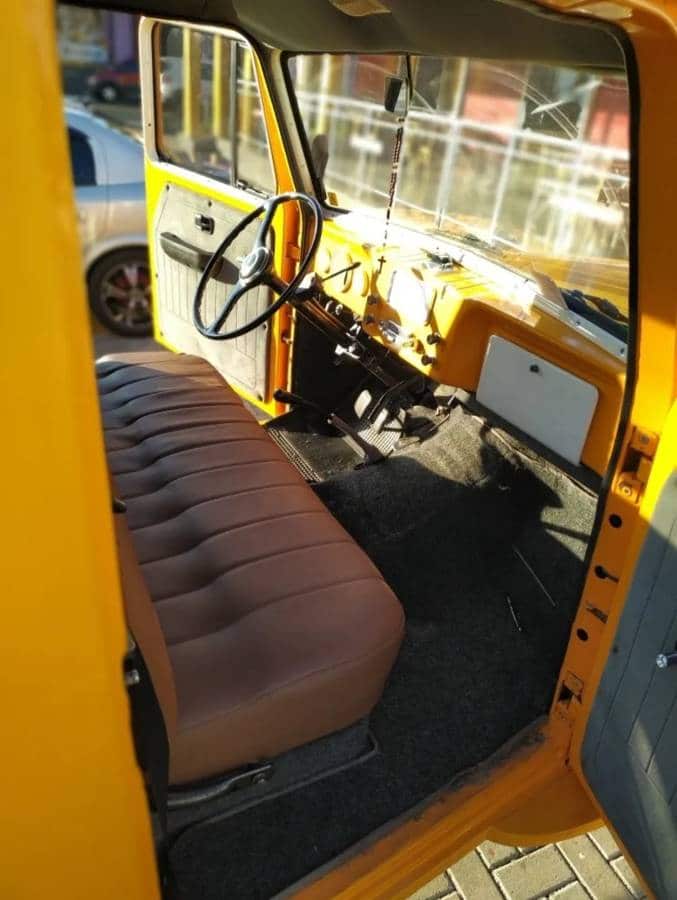 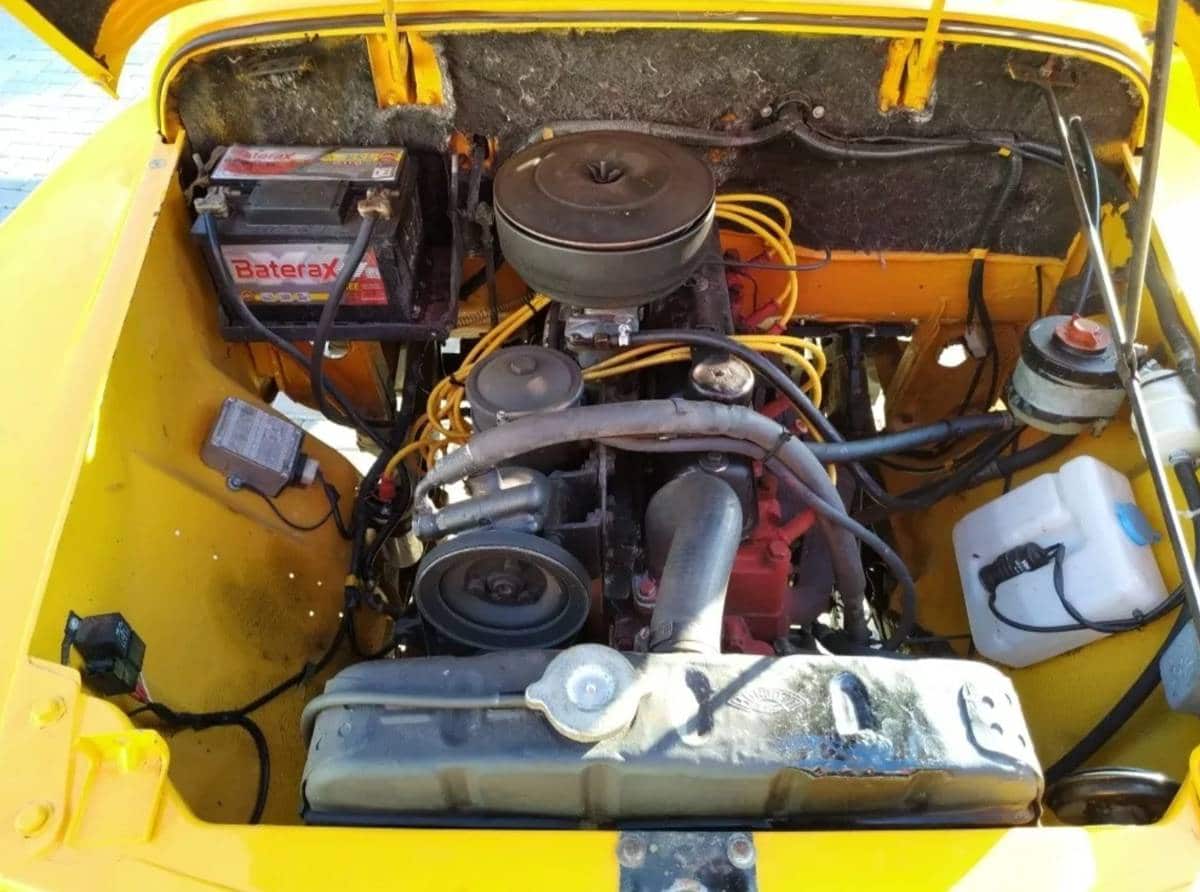 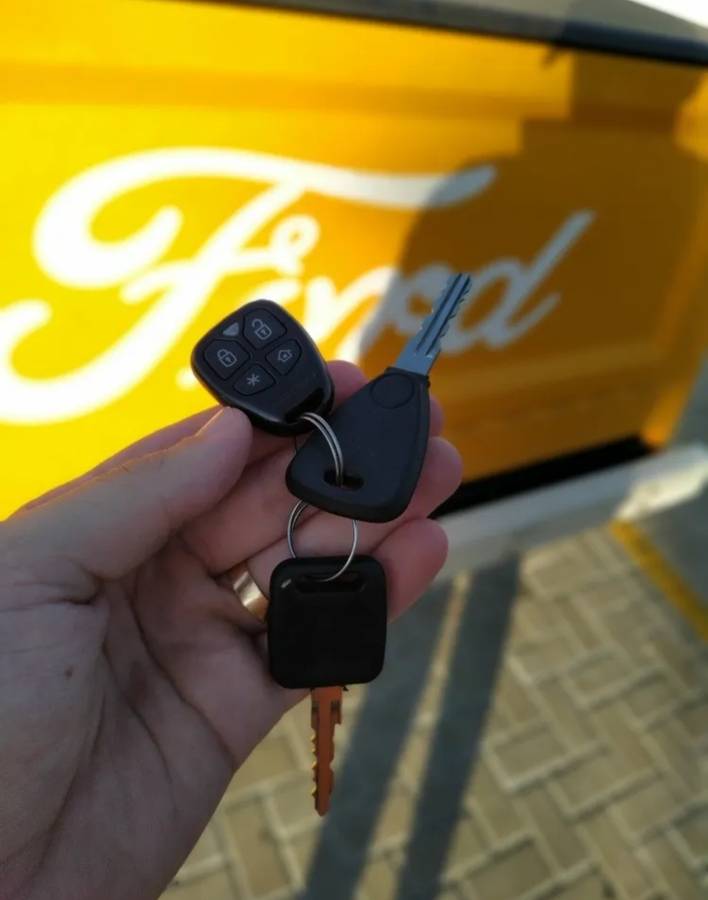 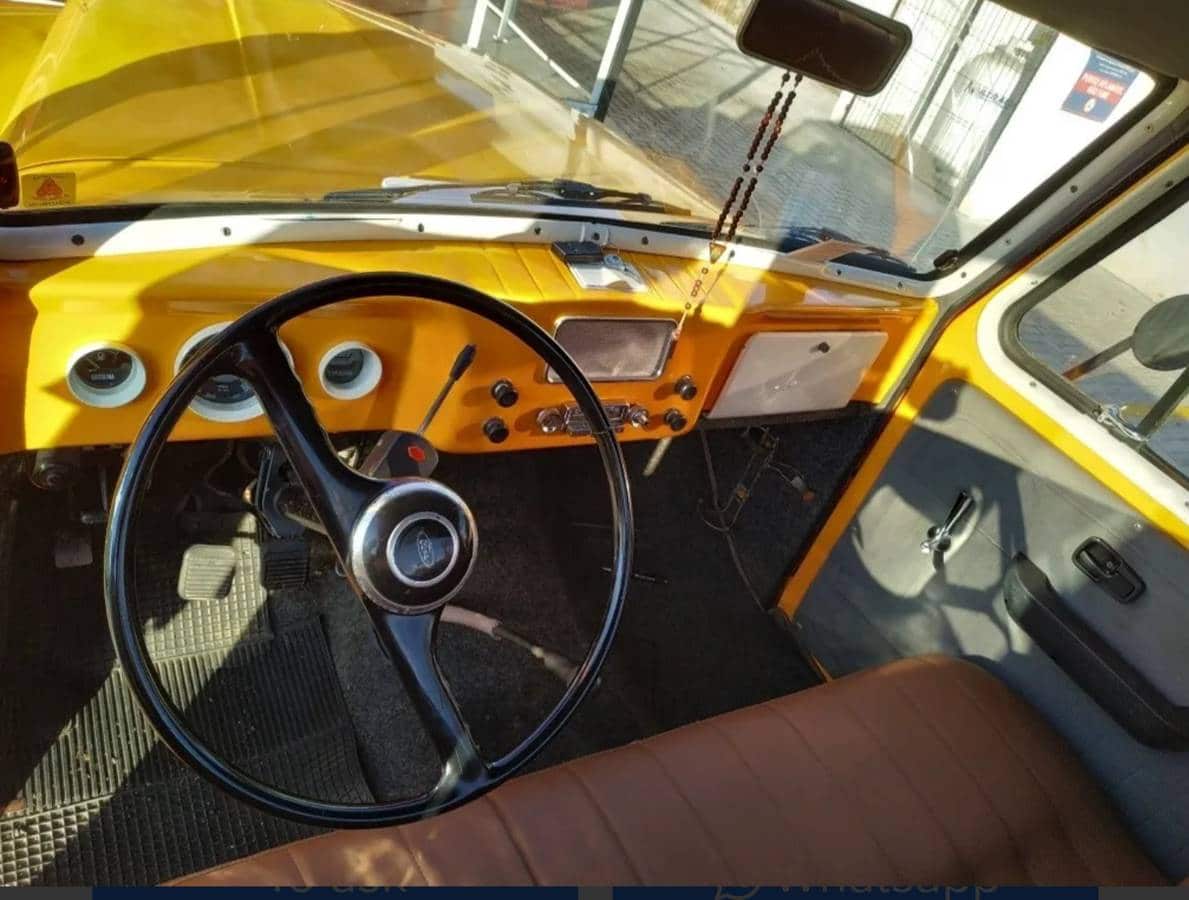 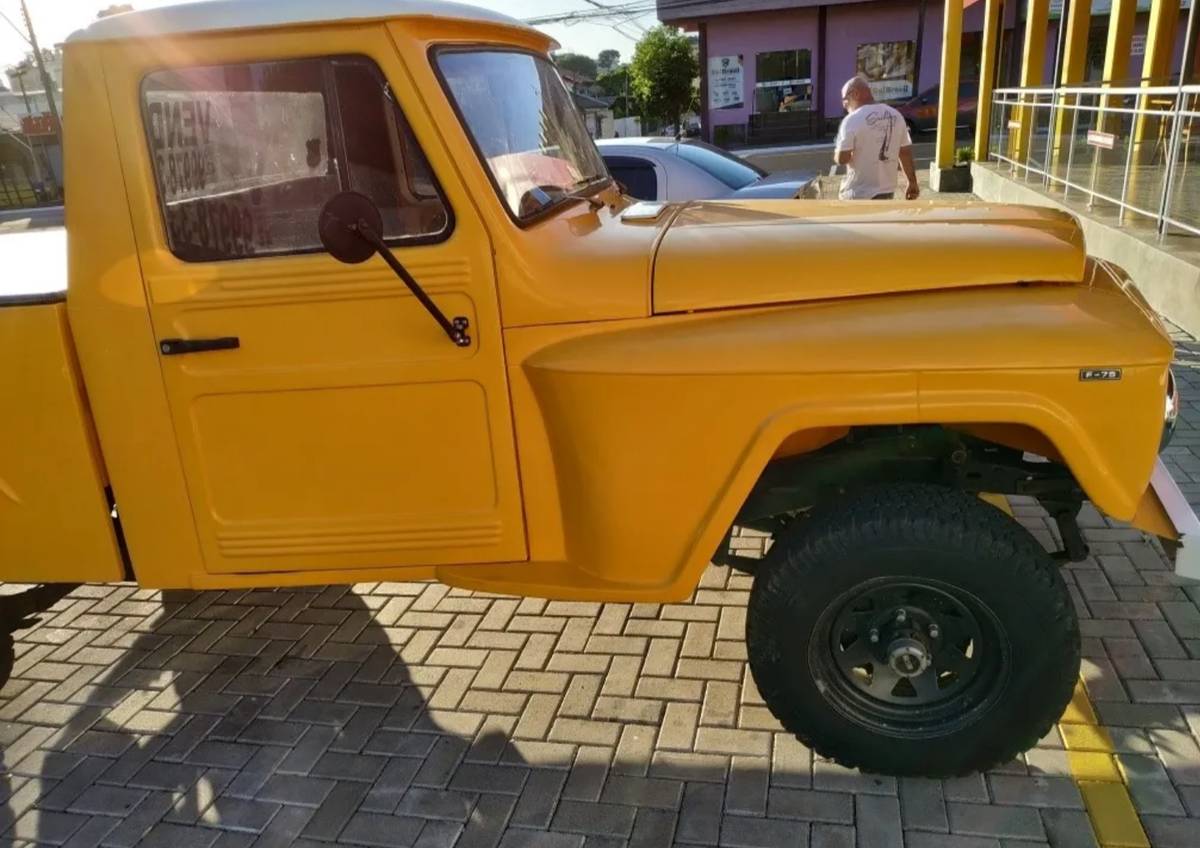 October 19th Update – During the past week the Craigslist ad for this interesting Brazilian-sourced truck expired, so without a fresh listing found, we’re now calling this truck “Sold!”  This one got away, but if you have your heart set on something similar, email us the details of what you’re looking for or call Rudy directly at (908)295-7330

September 10th Update – Just as we don’t have a solid way to price this unique Brazilian-built truck, apparently neither does the importer as they just lowered their original asking price a whopping $7,000 to now $18,000.  We wonder whether it was a case of no one inquiring about this truck at $25K or whether feedback from those who did prompt the change.

Fresh in from the “What exactly is that?” department is this 1974 Ford Willys F-75 pickup currently offered recently on Craigslist in Whitesboro, New York (Utica) with a revised asking price of $18,000, down from the original ask of $25,000.  Brazil’s draconian import duties often made it more cost-effective for companies to make products in that country rather than import, so what you’re looking at is a Brazilian pickup version of the Willys Wagon we’ve featured a number of times.  Additionally, the seller indicates their F-75 is still in Brazil and is in the process of being imported here to the U.S.  While the seller indicates this is not a scam and we hope it is not, we strongly encourage anyone interested in this truck to wait on exchanging anything more than a nominal deposit until this truck, in fact, clears U.S. Customs. Unfortunately, we don’t have a reliable source for pricing on this example so you’ll have to decide whether it’s worth what the seller is asking for a very unique pickup.

While Willys ended U.S. production of its simple-to-build Wagon in the 1960’s, production in Brazil continued into the early 1980’s.  In the 1950s Ford Brazil introduced a version based on the 1946 U.S. Willys Wagon. Later, a truck version known simply as the Pick-Up, came along in 1961. Ford Brazil bought the Willys factory in 1967 and the wagon was renamed Ford Rural, and the truck the Ford F-75. Both models were offered with an inline-six engine which was the first gasoline engine manufactured in Brazil. They were available in RWD or 4X4 configuration. The Rural was discontinued in 1977 and the F-75 in 1981

Ironically, we came across this three-year-old video on YouTube of a 1977 F-75 being restored in Brazil. We wonder whether this same company completed the restoration of the truck featured here.  Good Luck with the purchase once the truck clears U.S. Customs!

“Selling a very rare imported 1974 Ford Willys F-75 from Brazil, only a handful of these unique and beautiful trucks are in the US. This truck features a restored interior and freshly painted body. Original 4 speed transmission. Original V-6 gas engine. Only 12,000 miles on the engine. Don’t miss this opportunity to own a truck that you never see another on the road here.
This truck shares many similar parts with the US made Ford F-100s

*Truck is currently in Brazil, I’m planning on bringing it to NY in a month. This is not a scam, I will only accept cash or bank check in person from a local Utica area bank, truck will be available to look at in the beginning of October. Will be sold with NY title. I will pay all the cost of importing. Contact me via call text or email for more info“