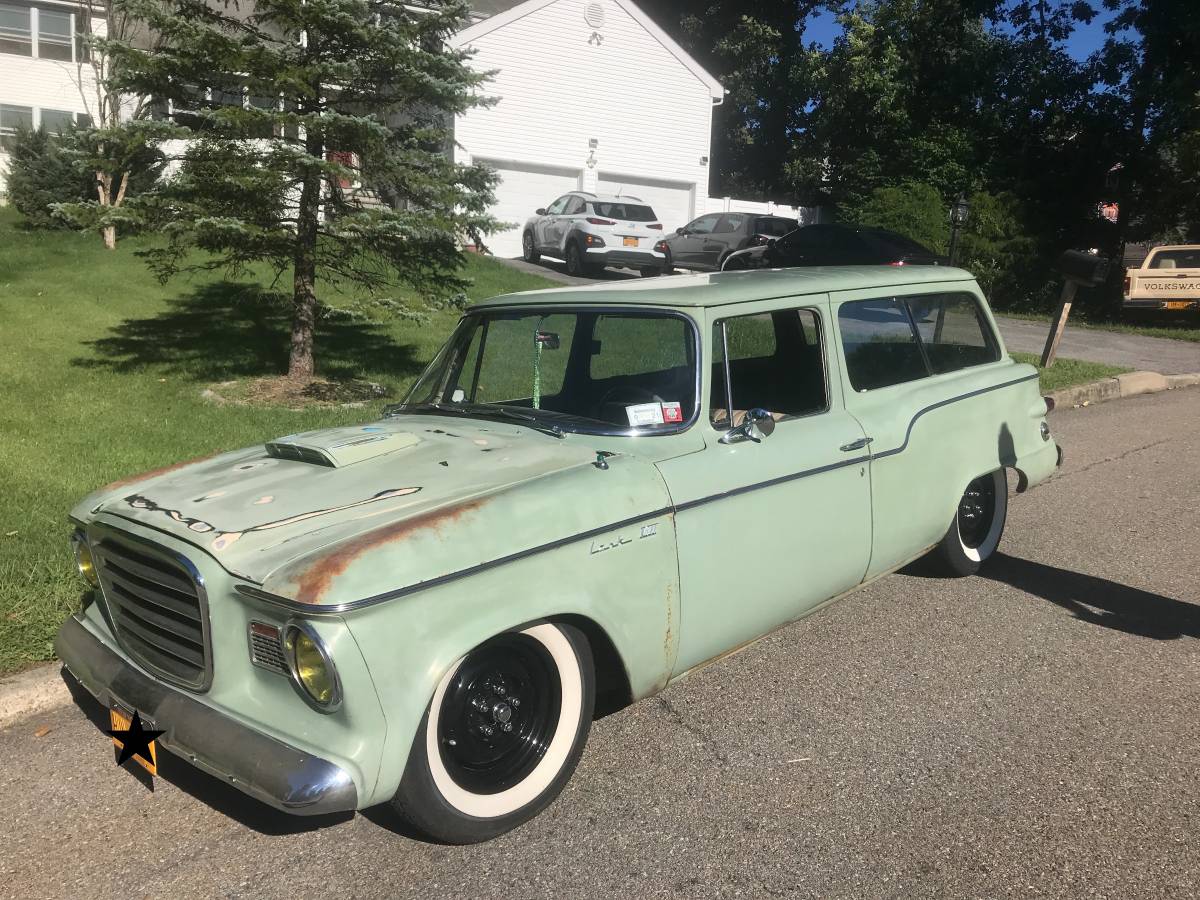 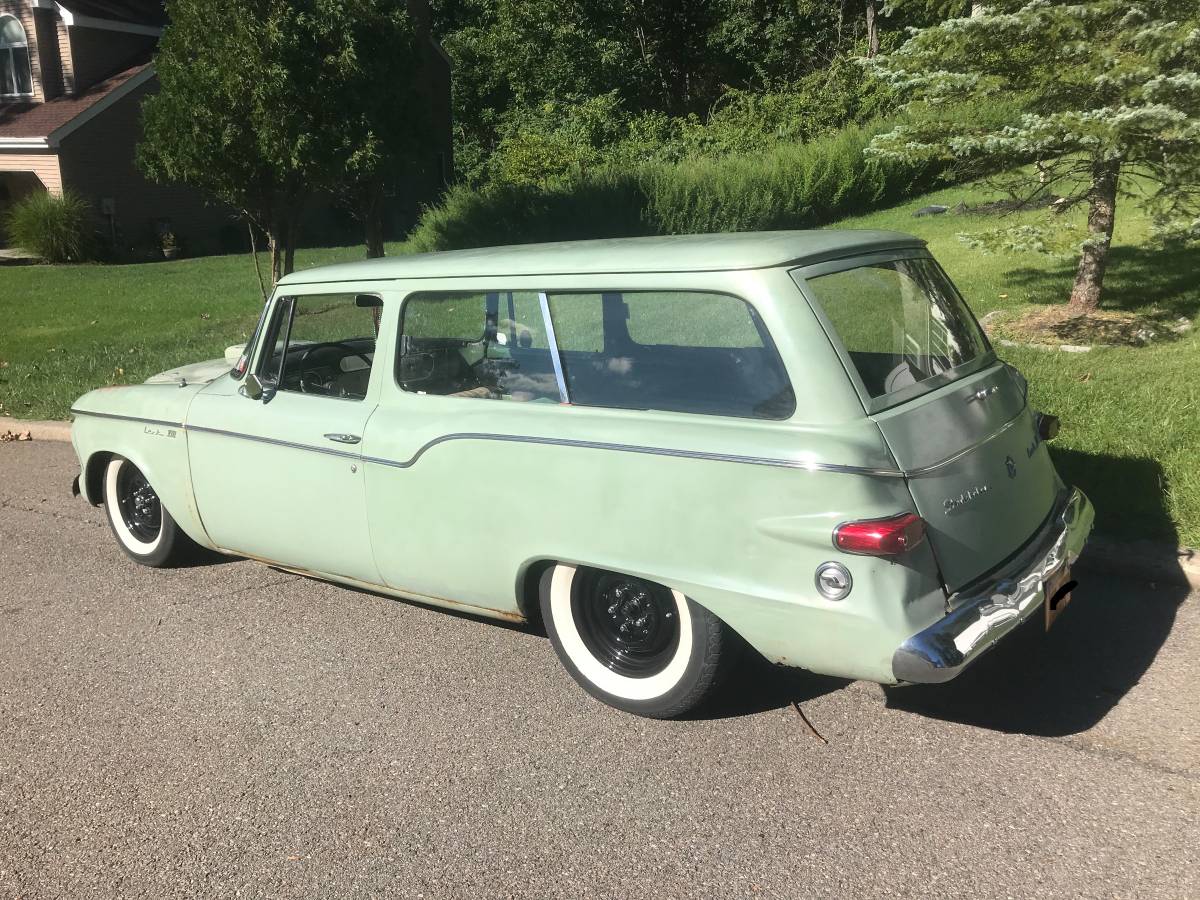 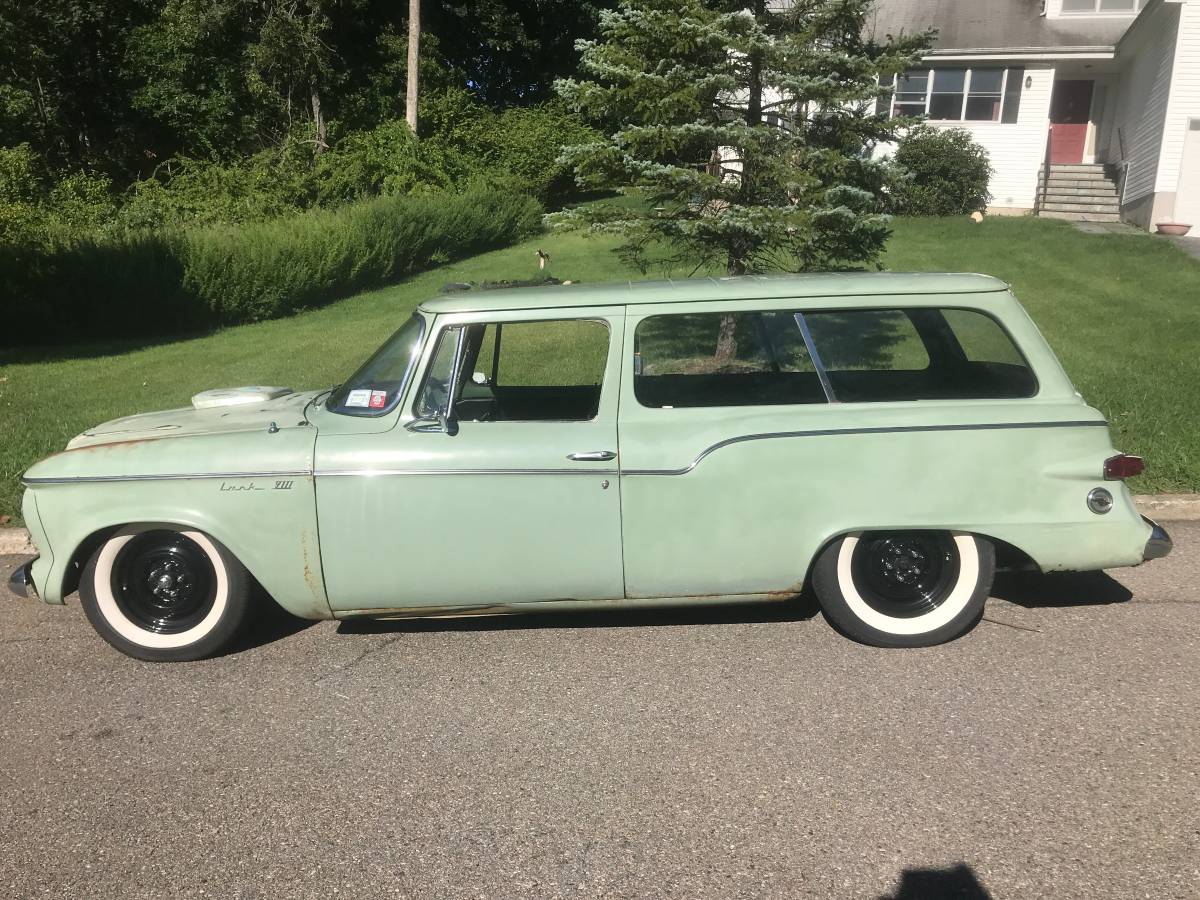 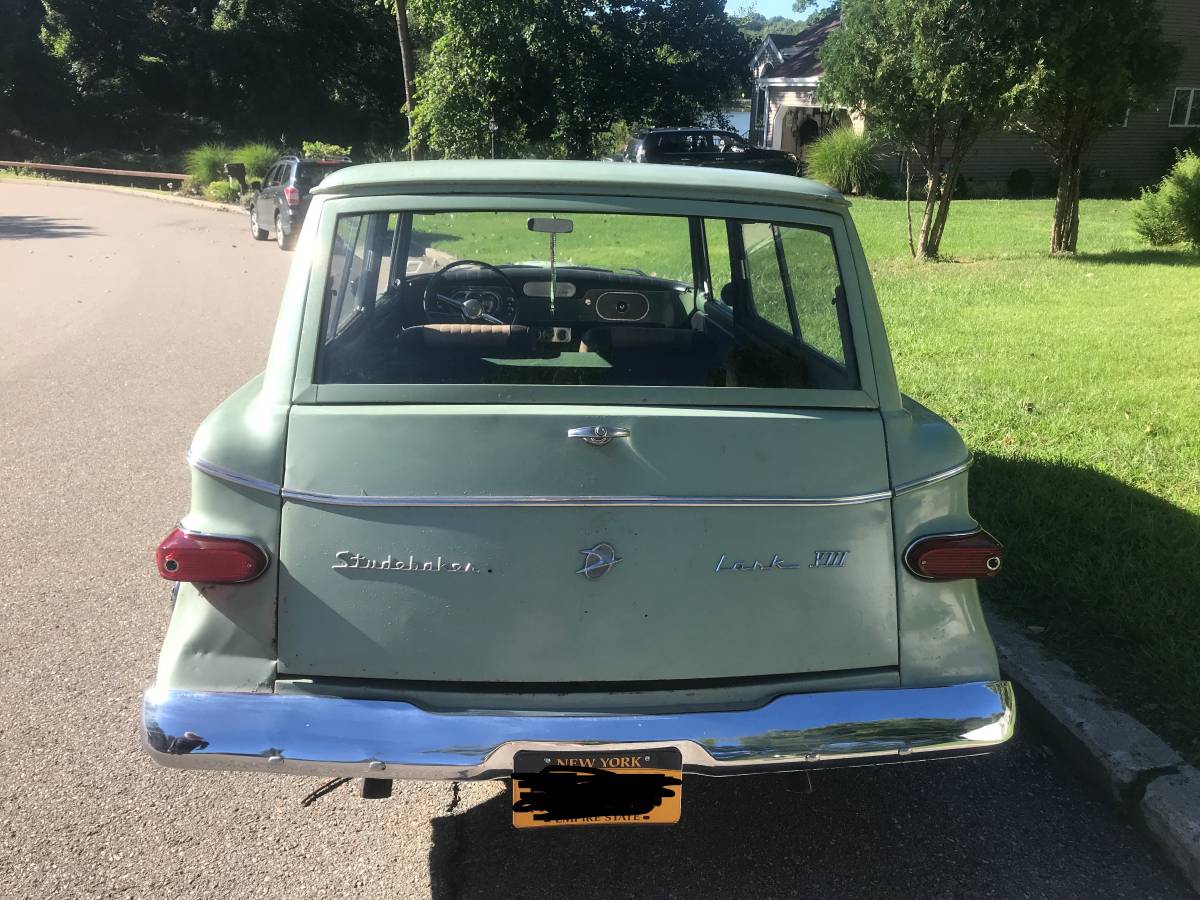 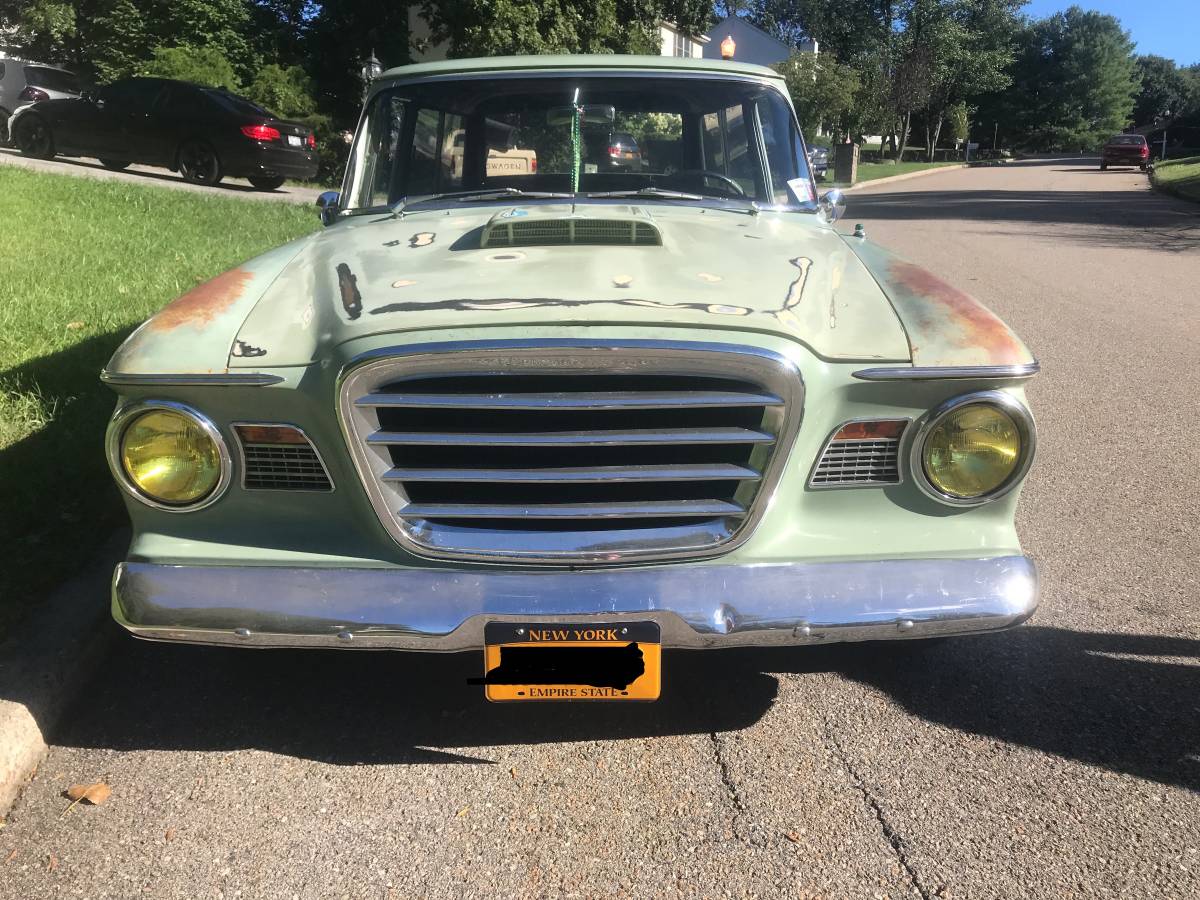 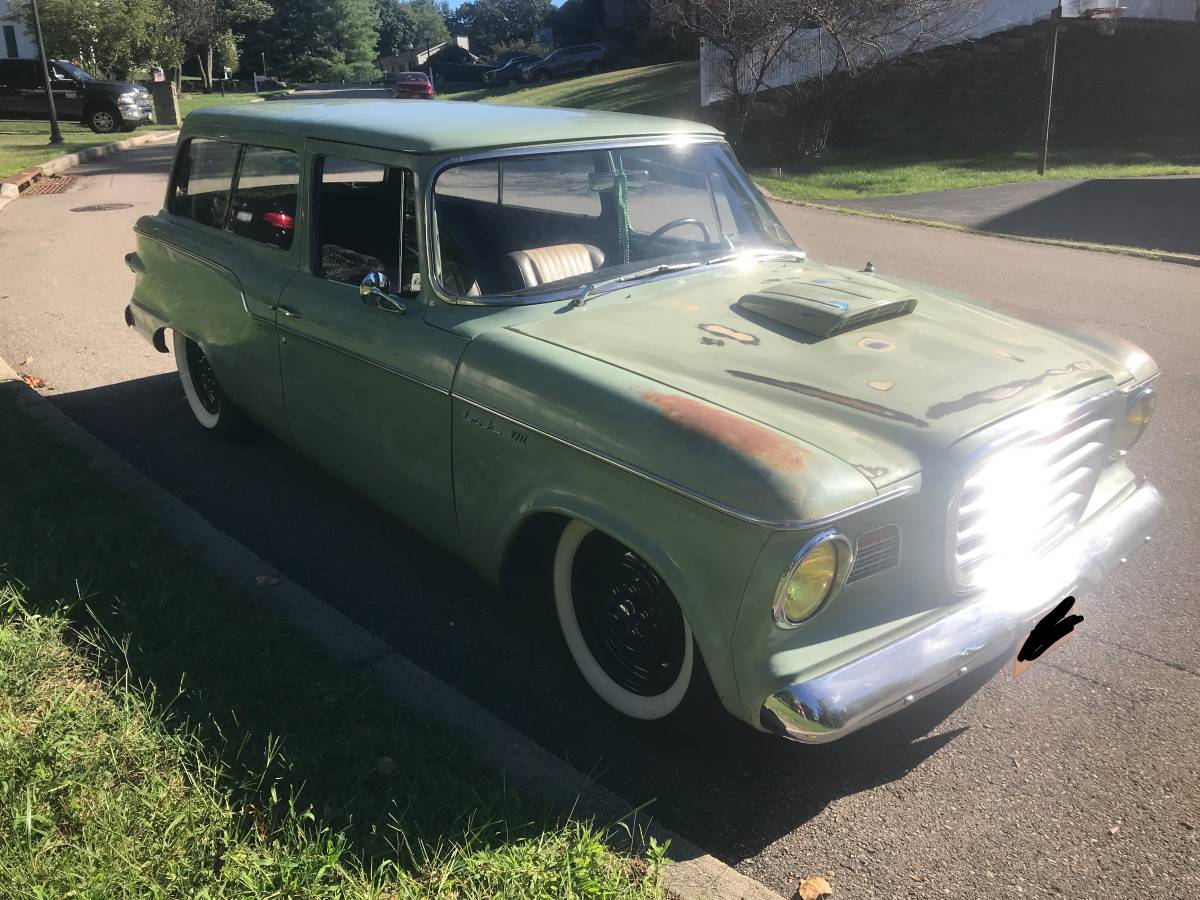 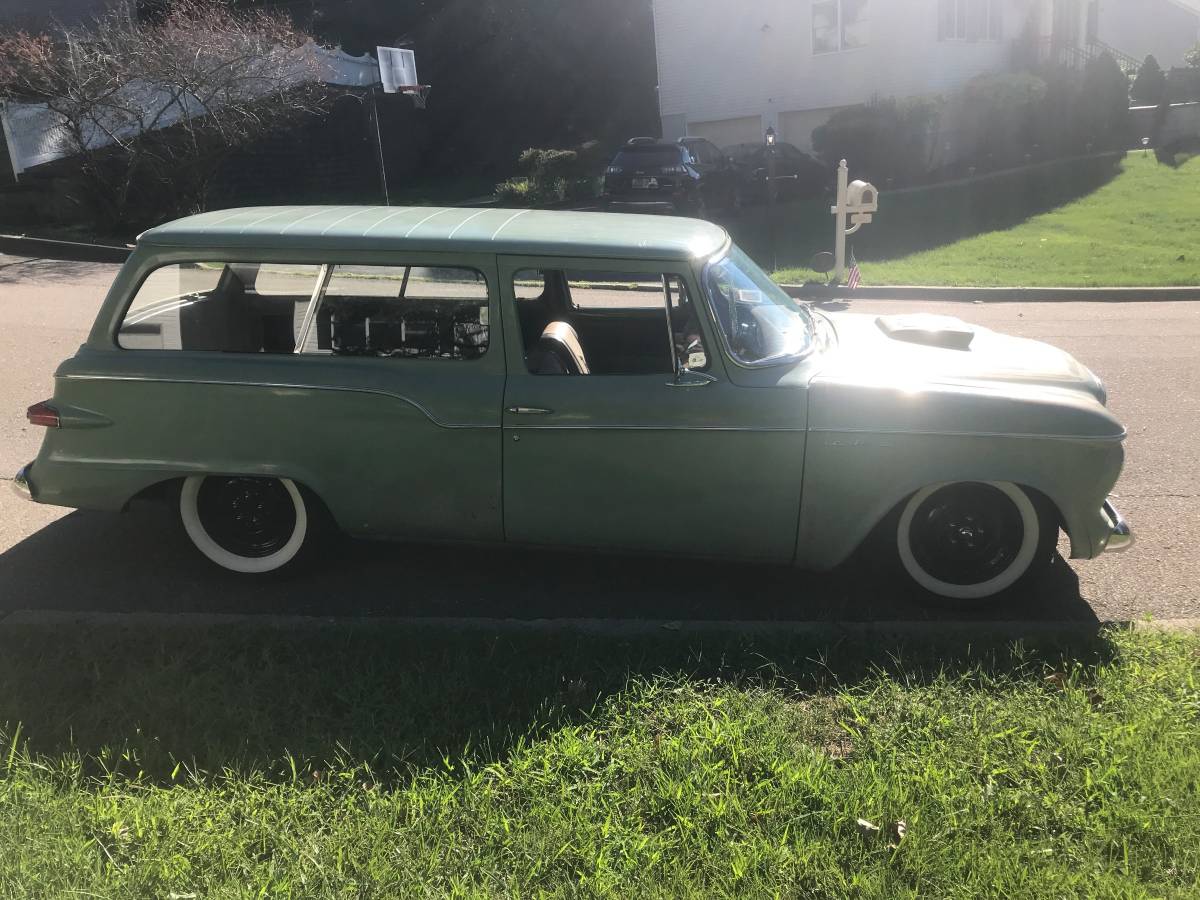 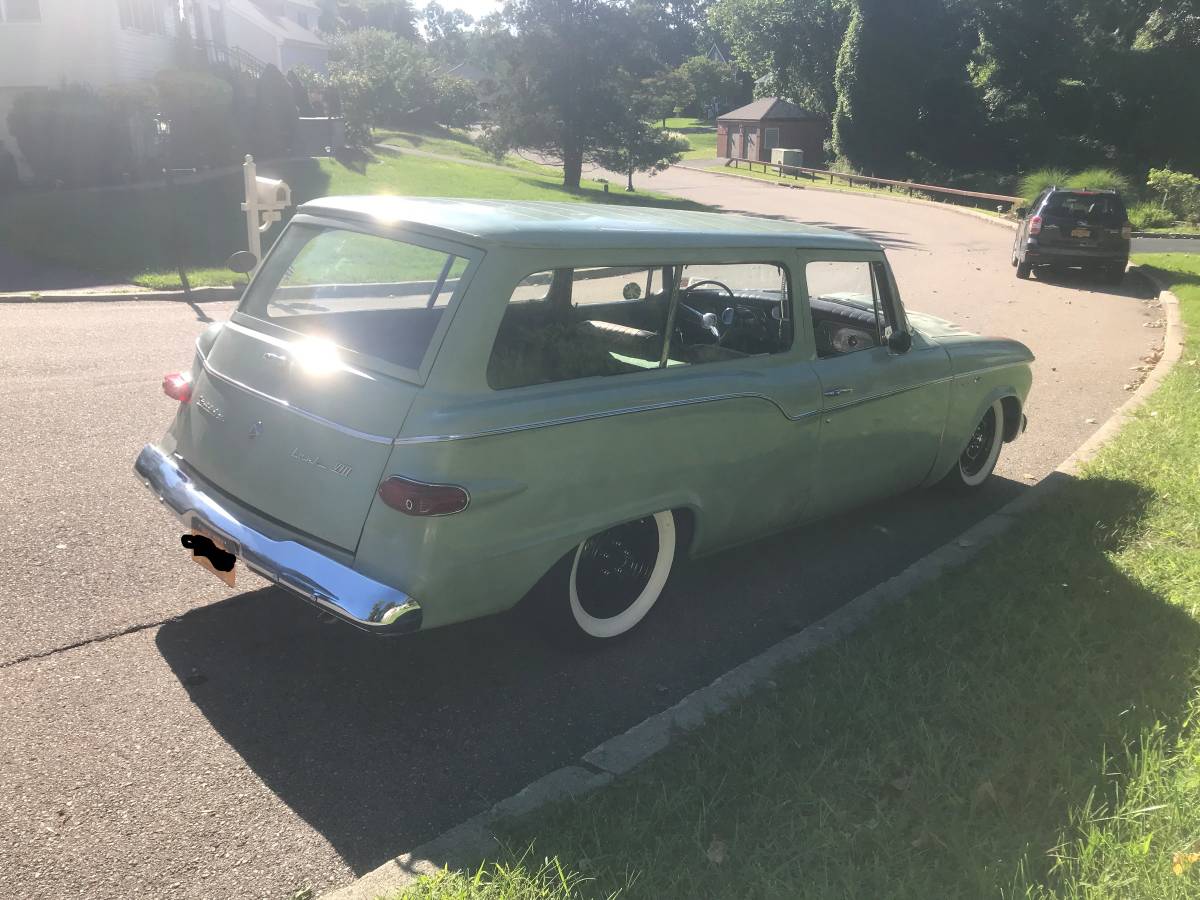 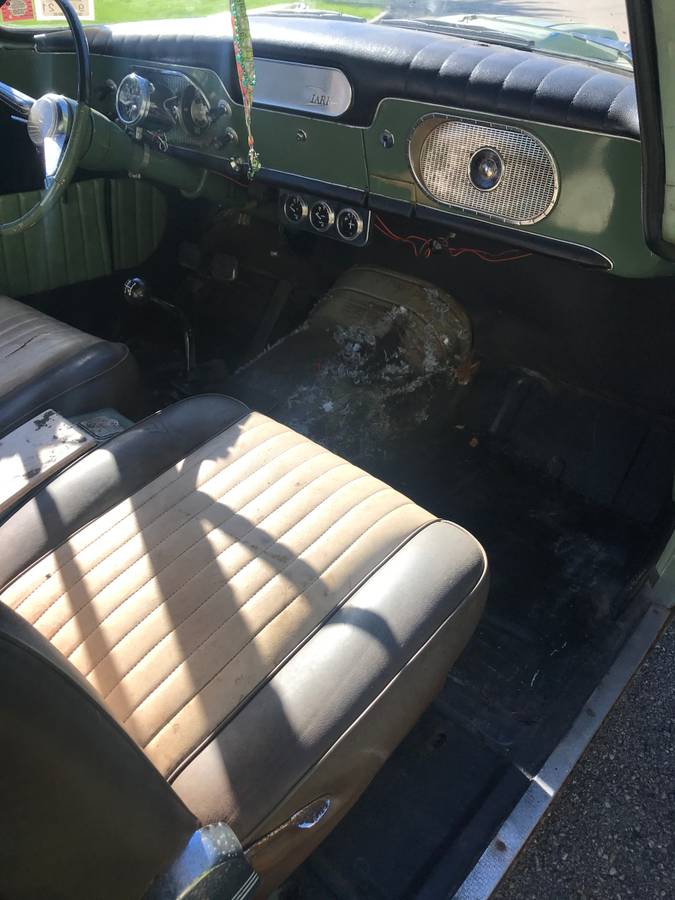 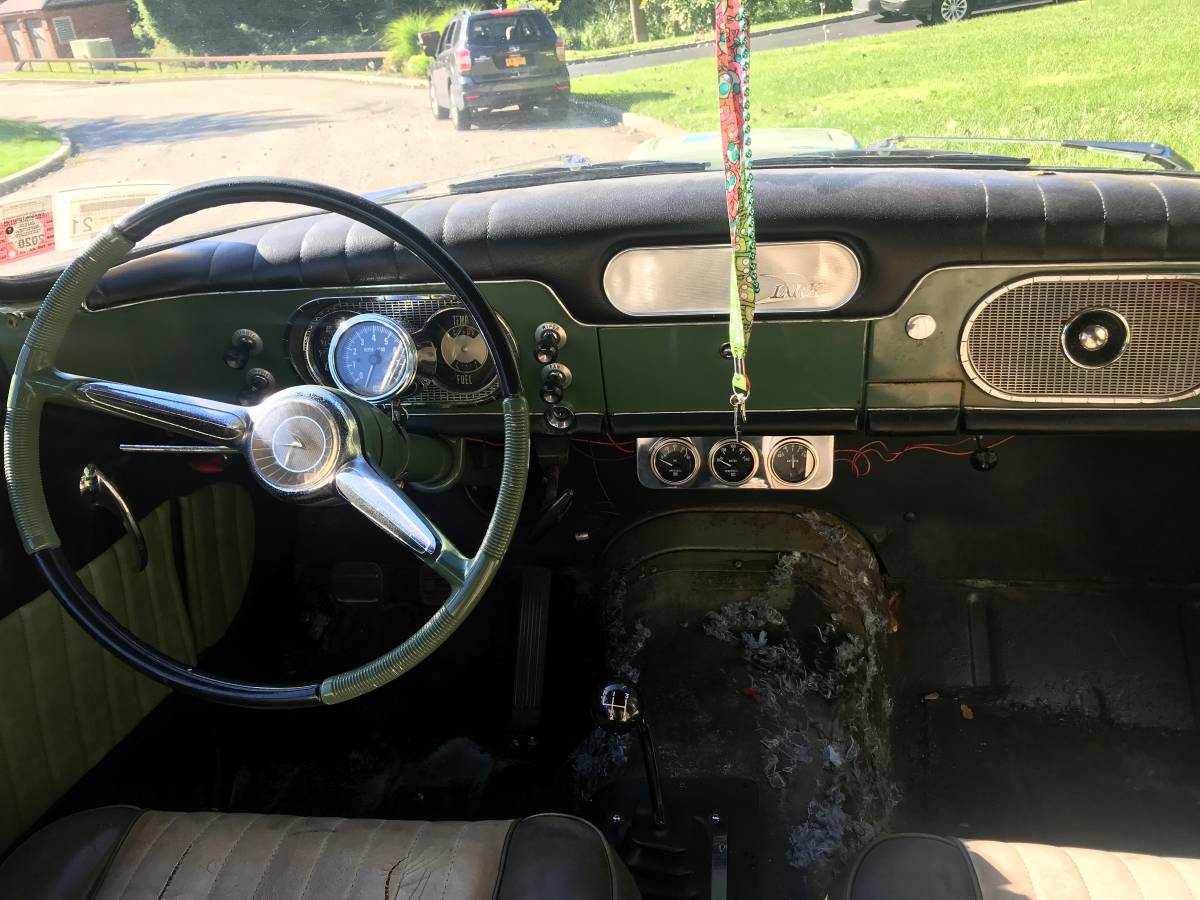 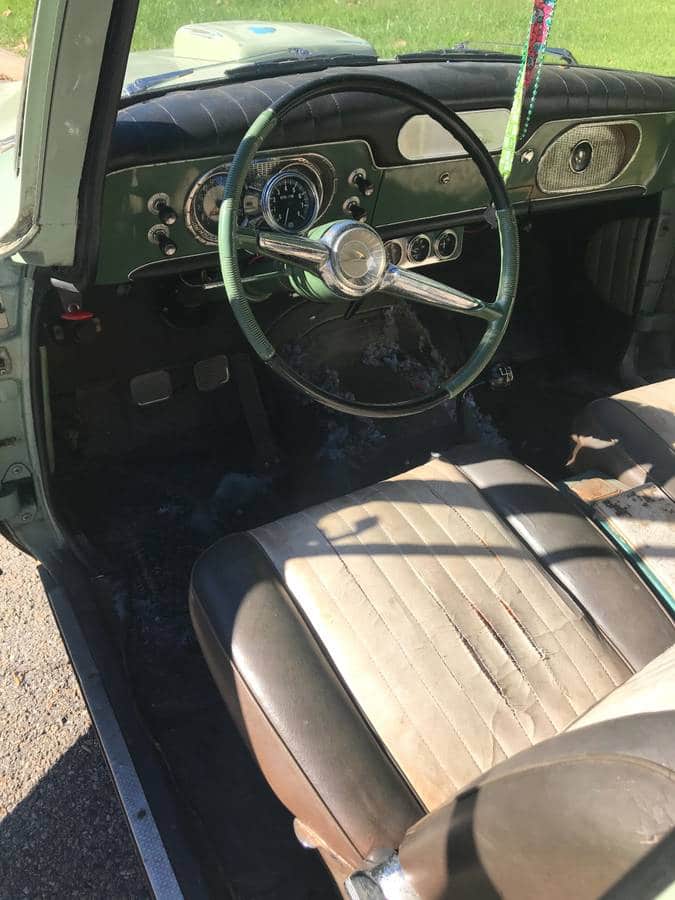 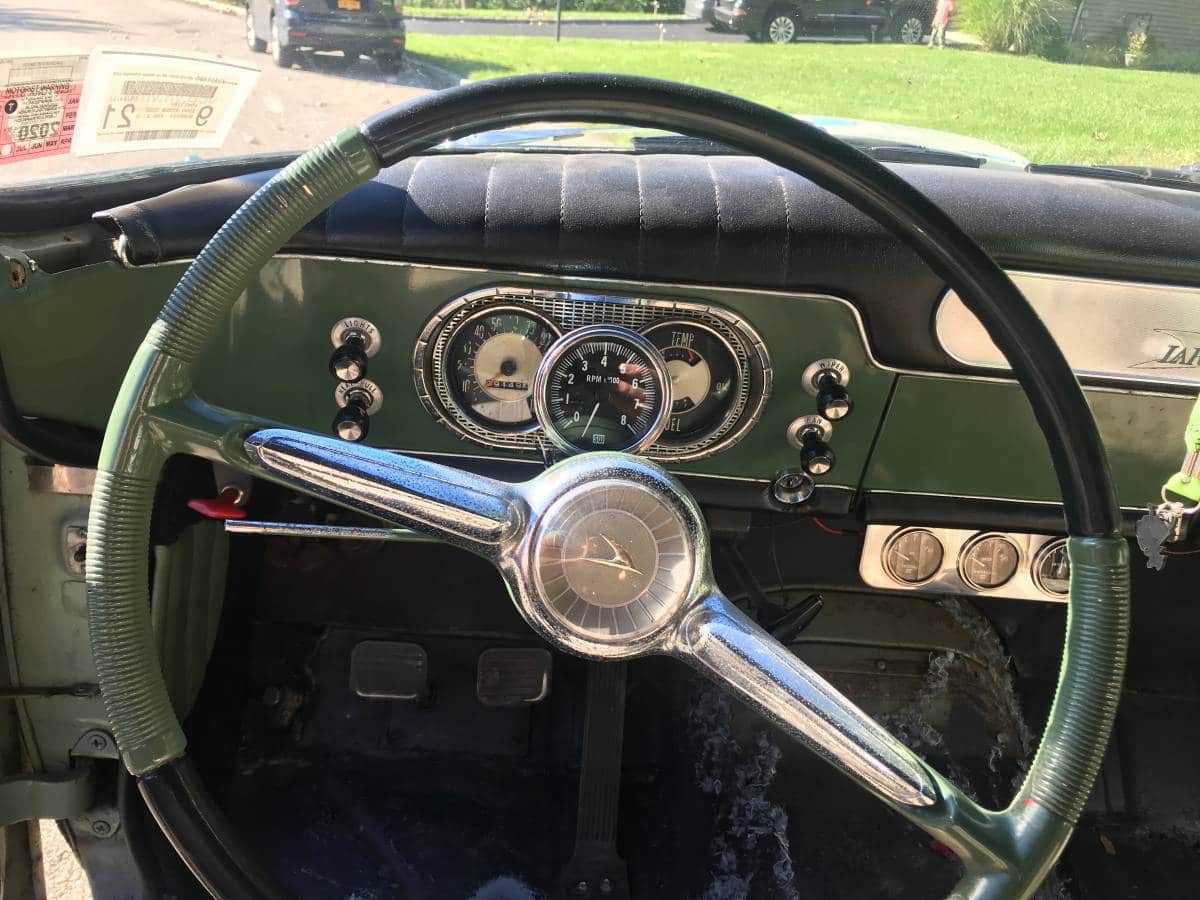 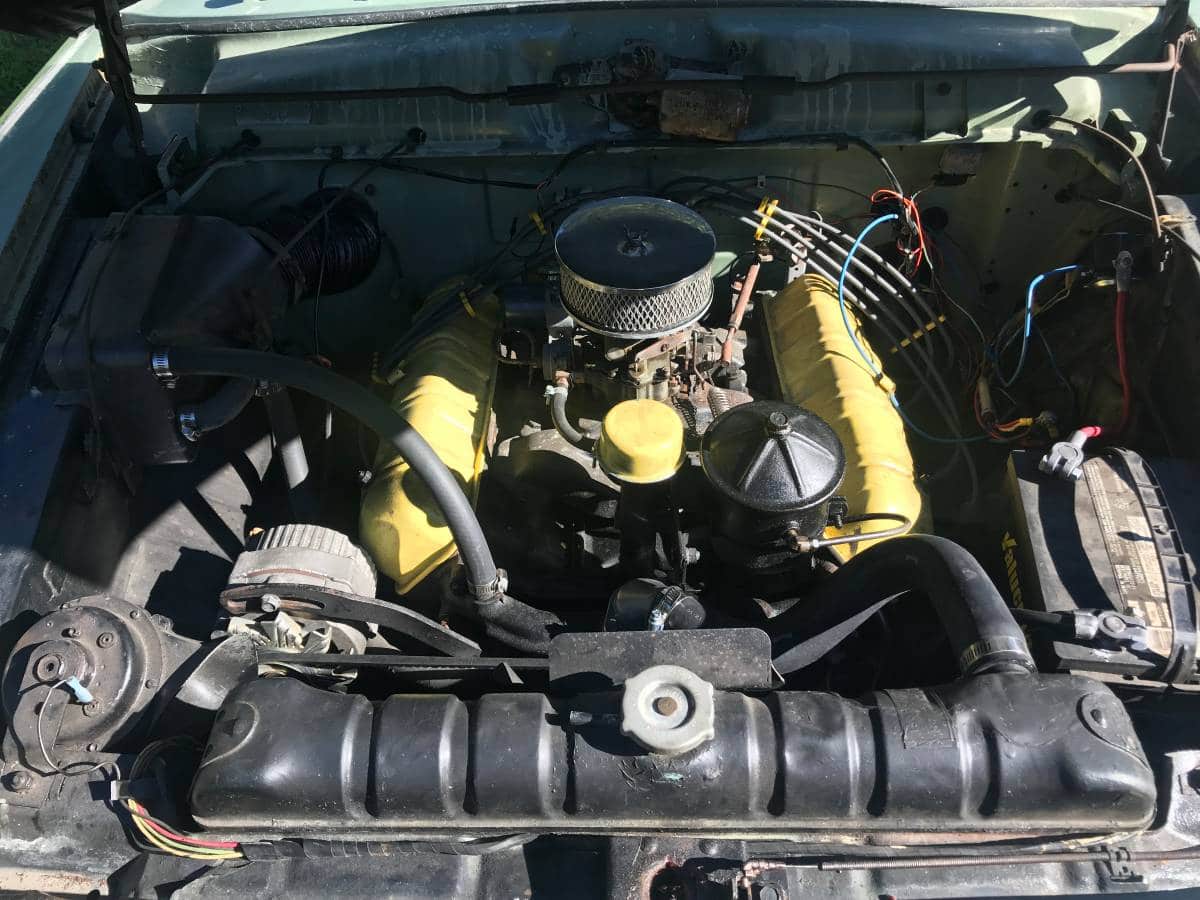 Research classic car listings enough each day and over time you obtain a sense of what color was popular for a particular year, make, and model of car.  A prime example is the pretty shade of Oasis Green used by Studebaker on its 1960 Lark model lineup. We’ve seen this shade on past examples ranging from this low mileage original still for sale to a restomod to this hot rod originally listed in September 2020 on Craigslist in Peekskill, New York.   Unfortunately, the seller’s optimistic asking price of $22,500 is $5,000 higher than the current Hagerty Insurance Online Valuation Tool estimate of $17,500 for a #1 “Concours” level example. Similarly, a check of the Collector Car Market Review’s Online Tool confirms the asking price is some $10,000 higher than that guide’s #1 “Excellent” appraisal.  The only thing stopping us from giving the seller our latest “NEW!” (short for “No Effin Way!”) Award is the fact the NADA Guides Classic Car Online Valuation Tool oddly lists their “Low”, “Average”, and “High” retail value range for these cars at $15,600, $31,000, $50,100, respectively.  Further not helping this seller’s cause if the aforementioned 1960, 11K original mile example we linked above remains unsold in Rhode Island despite the price lowered to $21,000.

For 1959 and 1960, Larks were available with either an L-head (flathead) 170 cu in (2.8 L) six-cylinder engine or the company’s 259 cu in (4.2 L) V8. Testers at the time gave high marks to the V8’s performance. A V8 Lark could turn out a 0 to 60 mph time of around 10 seconds, which was on par with much larger cars. By comparison, among the early Big Three compacts (Ford Falcon, Mercury Comet, Chevrolet Corvair, and Plymouth Valiant) that arrived on the scene in 1960, only the Valiant could break the 20-second mark from 0-60 mph.

While we love the Rat Rod vibe this Lark emanates and the fact the current caretaker relies on the original Studebaker 289 V8 for power,  we predict this car will languish as this asking optimistic asking price unless the seller proves flexible in accepting an offer much more in line with market reality.  Good luck with the purchase!

This vehicle is one of a kind, great patina and draws a crowd at shows.

Drive as is or continue to modify.

Will be only one at show!