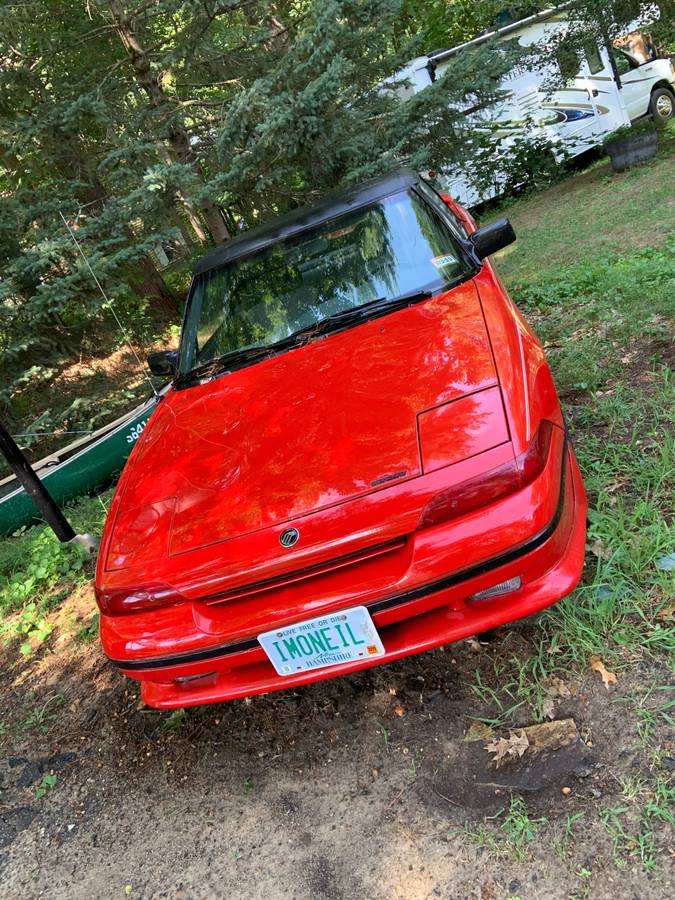 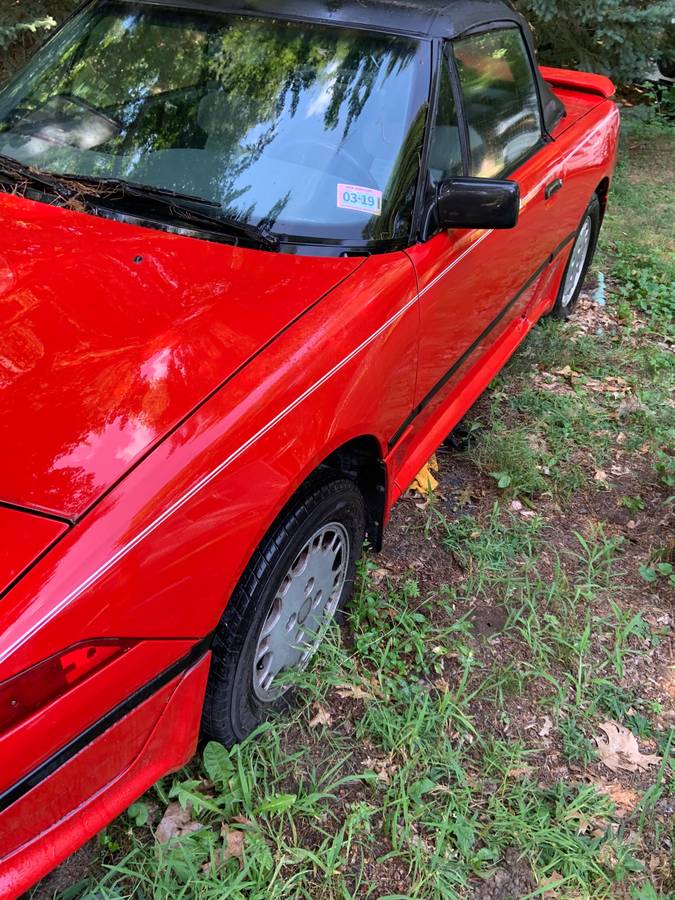 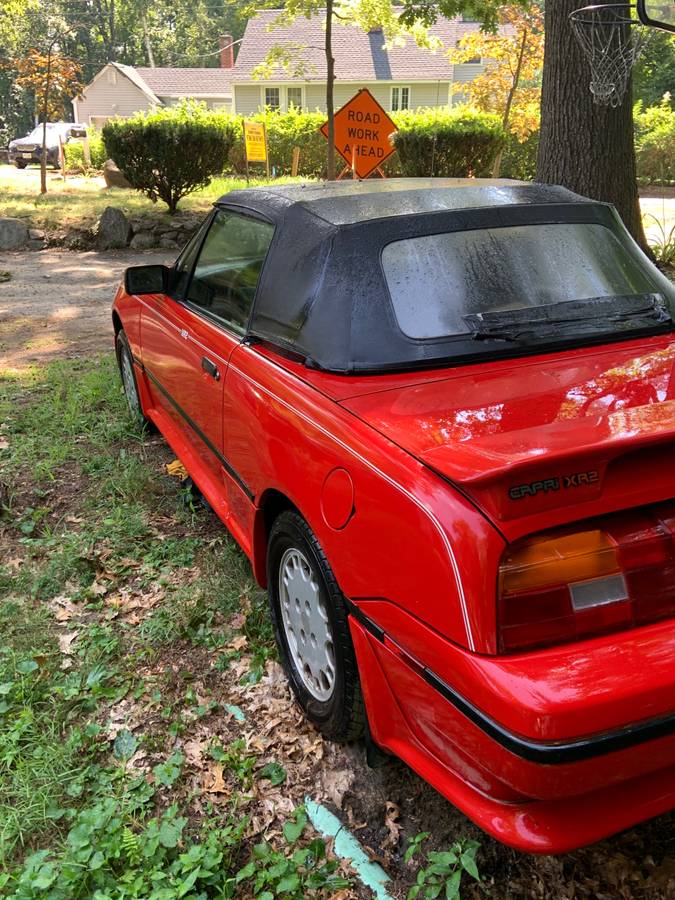 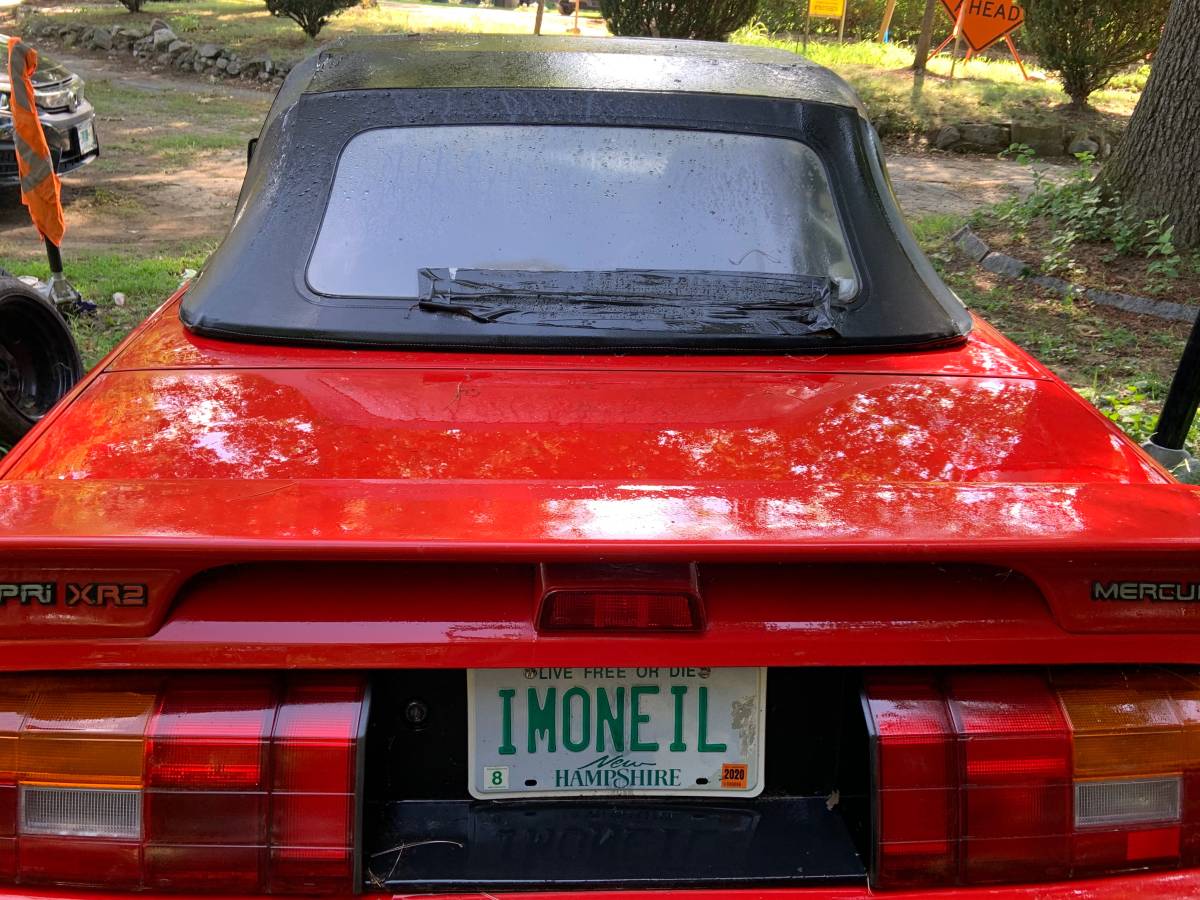 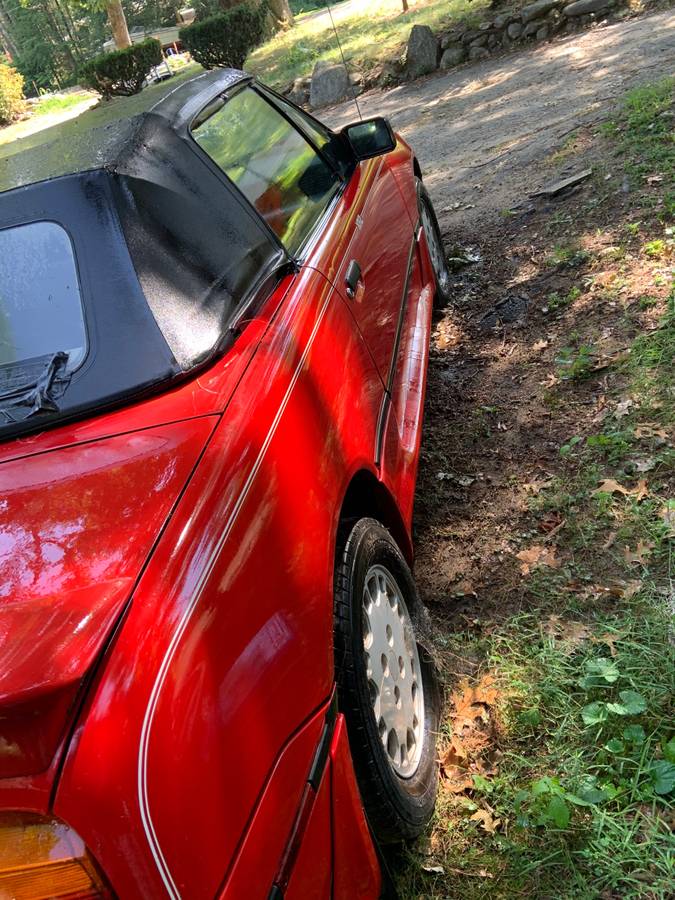 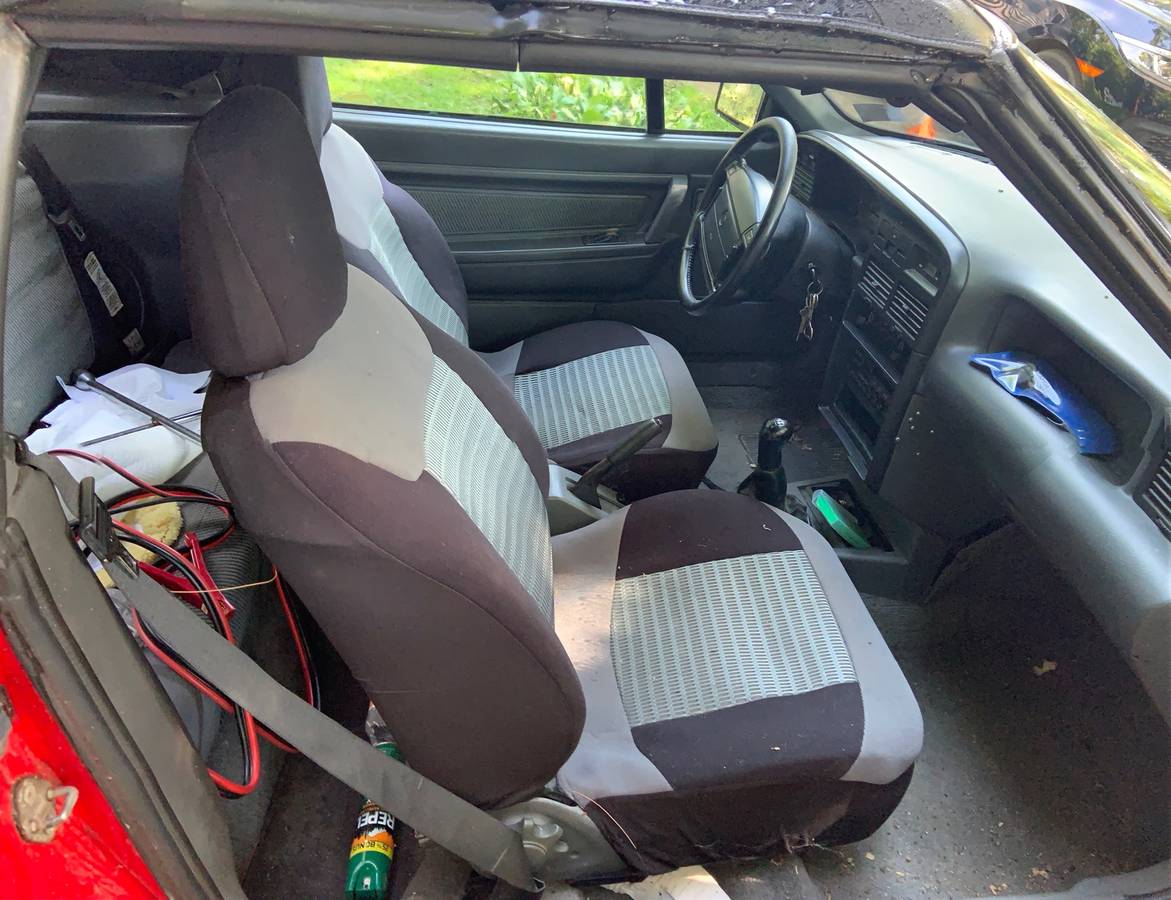 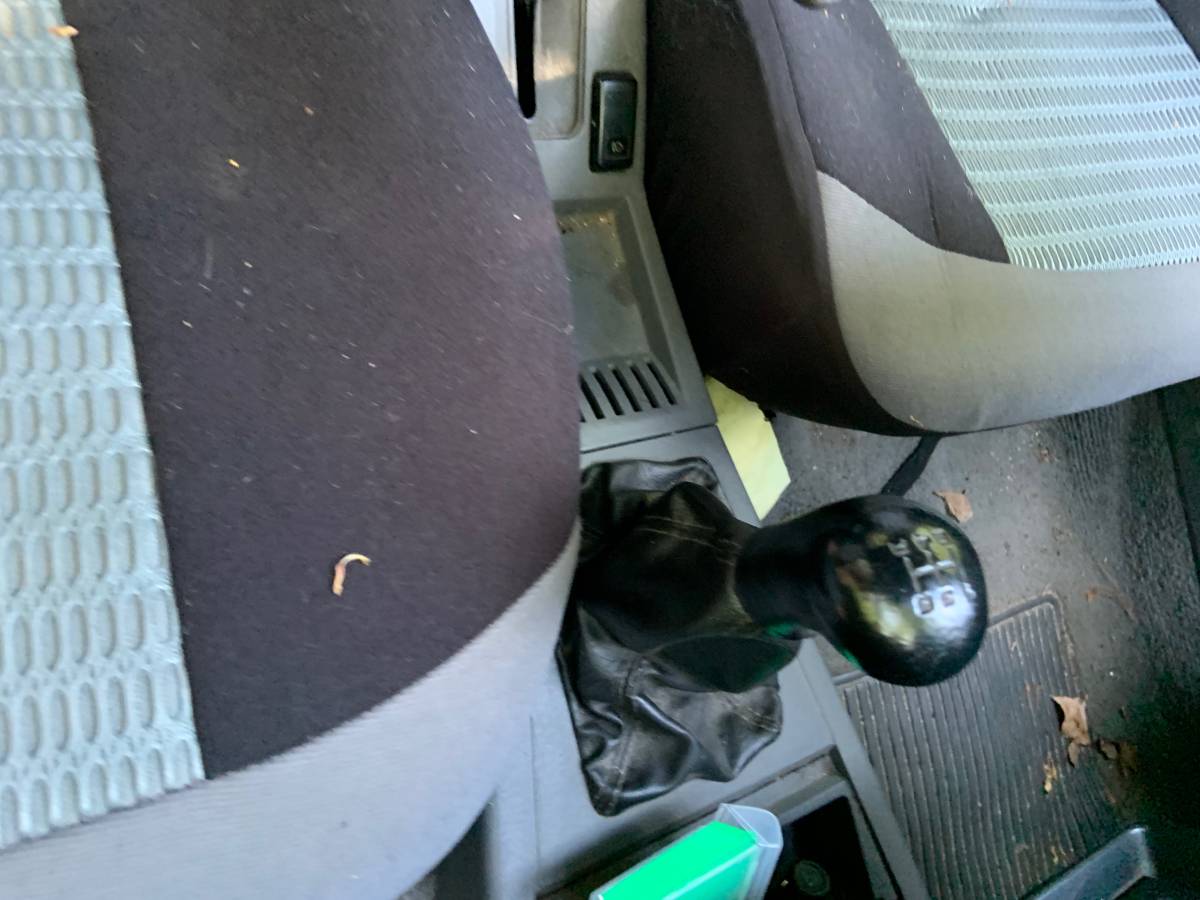 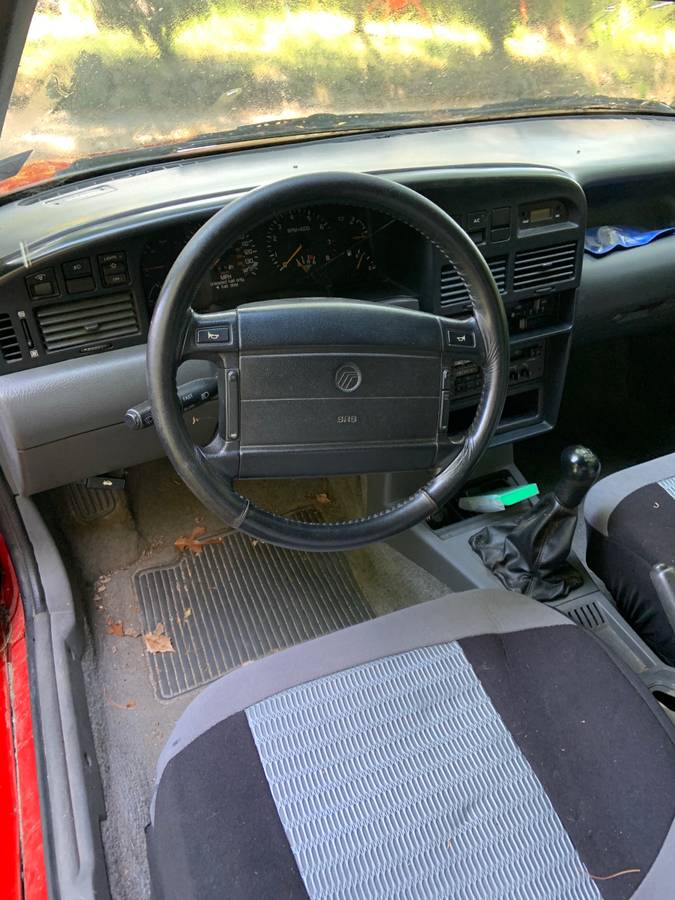 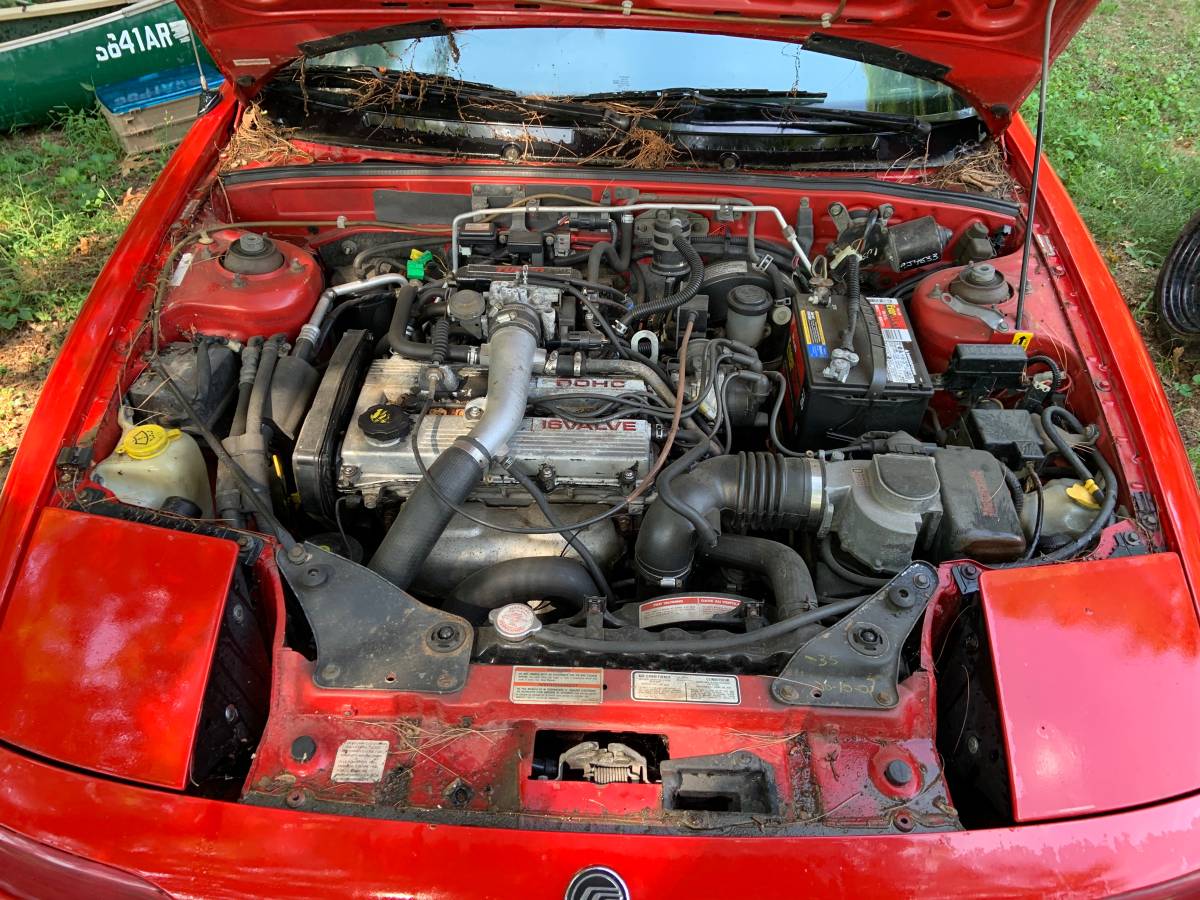 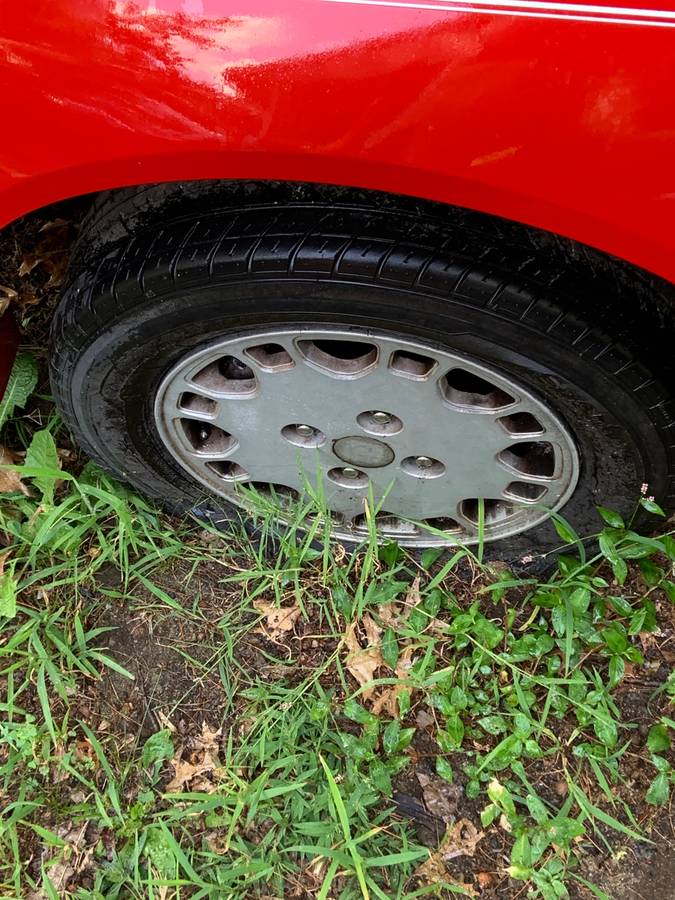 September 16th Update – While preparing our latest Topless Thursday features, we confirmed the listing for this Mercury Capri XR2 RADWood Editor Jeff Lavery featured at the end of August expired.  With no replacement listing found and offered at only $1,500 we believe it’s safe to assume this Capri is now sold.

Many automotive companies over the years have attempted to dethrone or simply copy the original Mazda Miata, rarely succeeding in a convincing fashion. The Mercury Capri is yet another example of a manufacturer hoping to uncover a hole in the recipe, or at least create a compelling alternative to the reigning roadster champ. Spoiler alert: it didn’t work out, but the Capri XR2 is still worth a gander if you’re looking for a slightly “radder” convertible counterpart. This example recently listed on Craiglist in New Hampshire is definitely a project, but it comes with the preferred turbocharged engine and manual gearbox, for the dirt-cheap price of $1,500. Comparing this price against the NADA Pricing Guide confirms this private seller has adjusted the price accordingly for its various issues, and is open to lower offers, according to the description.

The Mercury Capri was a project lead by Ford’s Australian operations, with a few tweaks from its Ford Capri sibling sold Down Under. The American-market (or export) model had different bumpers and a driver’s side airbag, along with gauges that featured non-metric readouts. The Capri certainly wasn’t a direct attack on the Miata, as it featured front-wheel drive and small jump seats behind the driver and passenger, making it a 2+2 rather than a dedicated two-seater. And truth be told, Mercury wasn’t exactly a brand you’d associate with impressive performance credentials, a measurement against which it was very hard to go toe-to-toe with Mazda. Ironically enough, the engine was a Mazda-built four-cylinder that offered 100 horsepower in base form or 132 in the turbocharged XR2 package. A factory hardtop was optional, and is worth grabbing off of craigslist or at a local estate sale if you’re interested in picking one of these up.

Now, the example here is definitely a project. The seller doesn’t hide this, but the myriad issues he lists are somewhat hard to decipher, as they could be very big problems or a case of minor problems being explained by a hobby car amateur (no offense intended). Symptoms like “wonky gearbox” and “bent suspension” could indeed be translated to “junk transmission” and “crippled axles” but it could also mean that the clutch needs replacement and the original shocks are tired. The Capri certainly looks fairly complete in pictures, and the only tell-tale signs of bad taste are the body-color painted front marker lenses. The factory body kit looks to be in great shape and the interior would present well with a cleaning; original manufacturer stickers in the engine bay are encouraging signs of original paint and no previous nose hits. Good luck with the purchase if you check this very rad convertible out.

This car needs a lot of work I can’t sugar coat it. Currently, the battery is dead and would need a jump start. It is possible the alternator is on its way out. The car has a flat tire, wonky Gear box and bent suspension. Fun to drive and does drive fairly well may need new fuel injection system. This car is rare and needs help but does drive! I need it off my property, open to offers, you will likely need a trailer to get it out of here. Asking 1500$, open to offers I need it gone this week!“