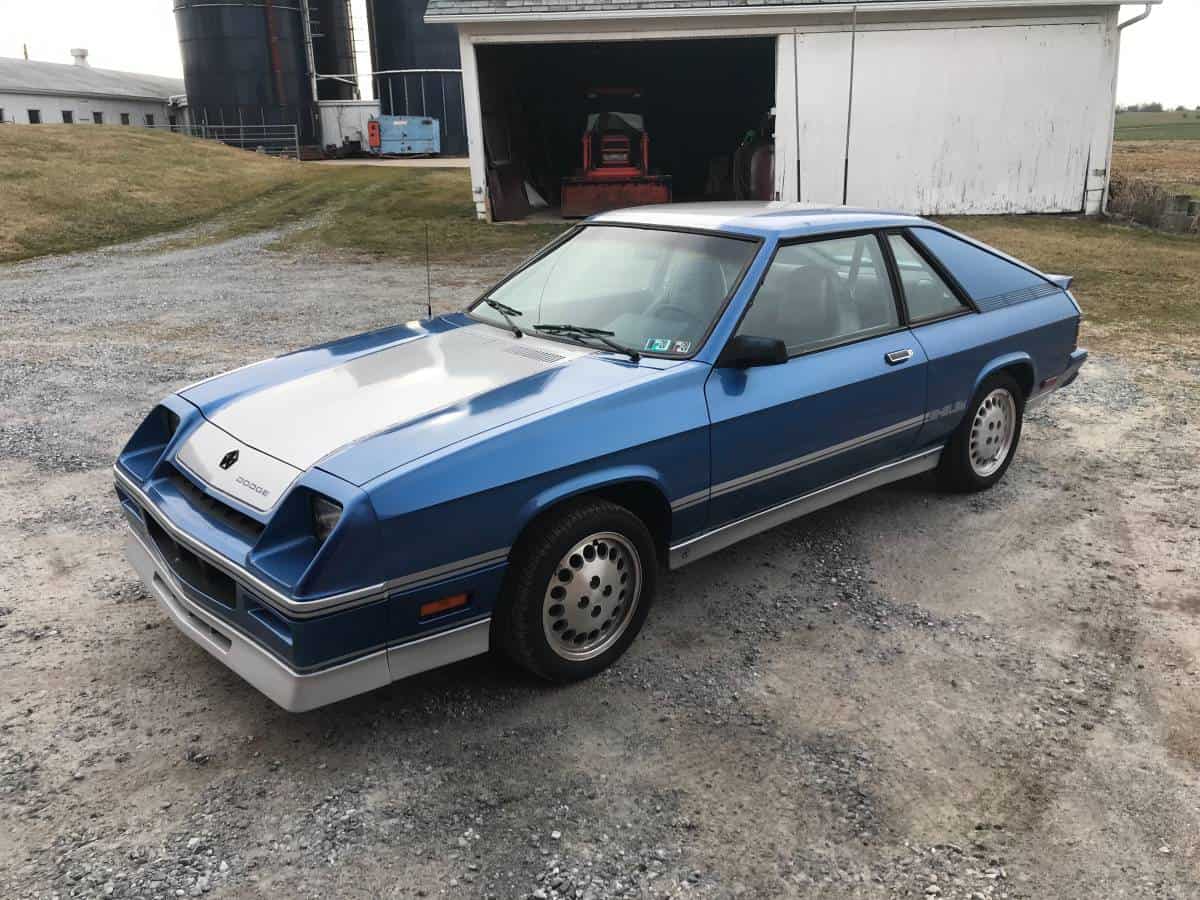 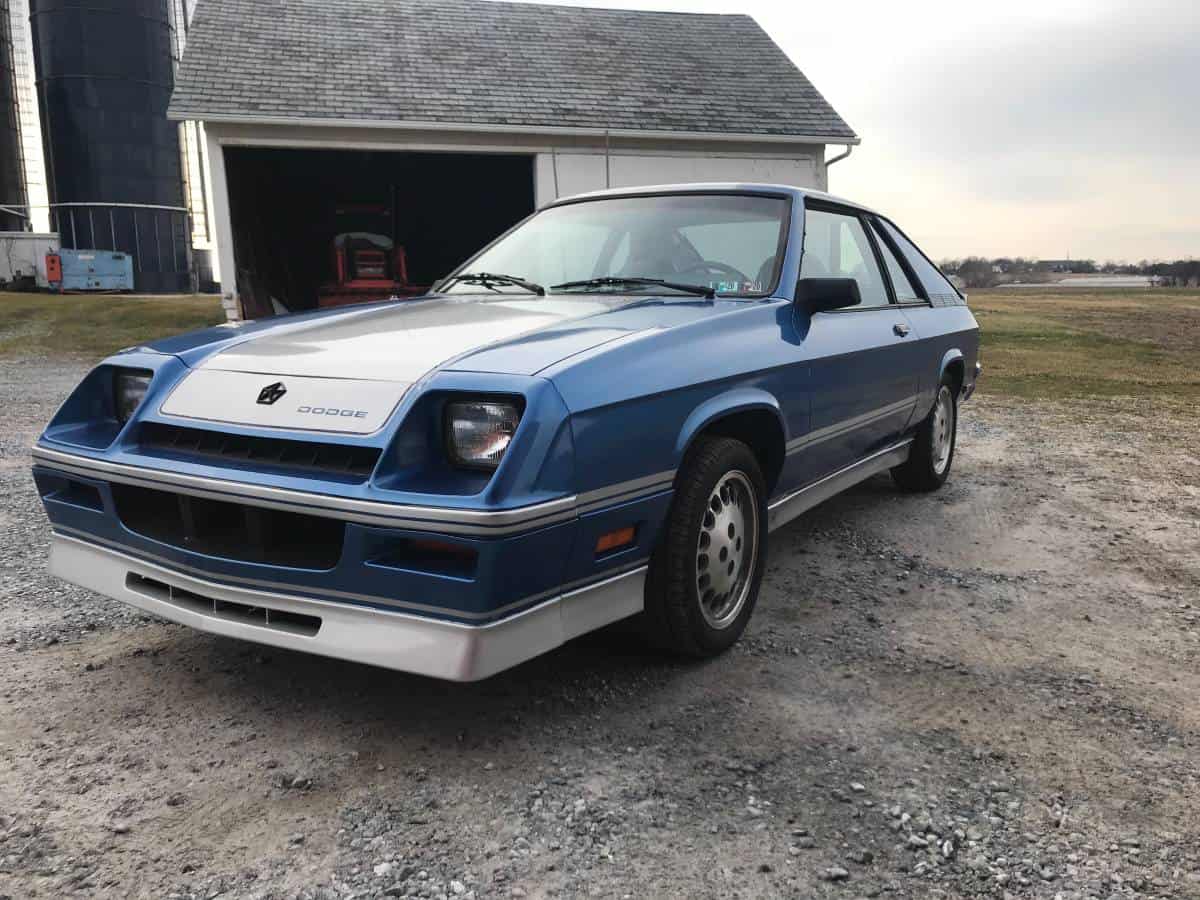 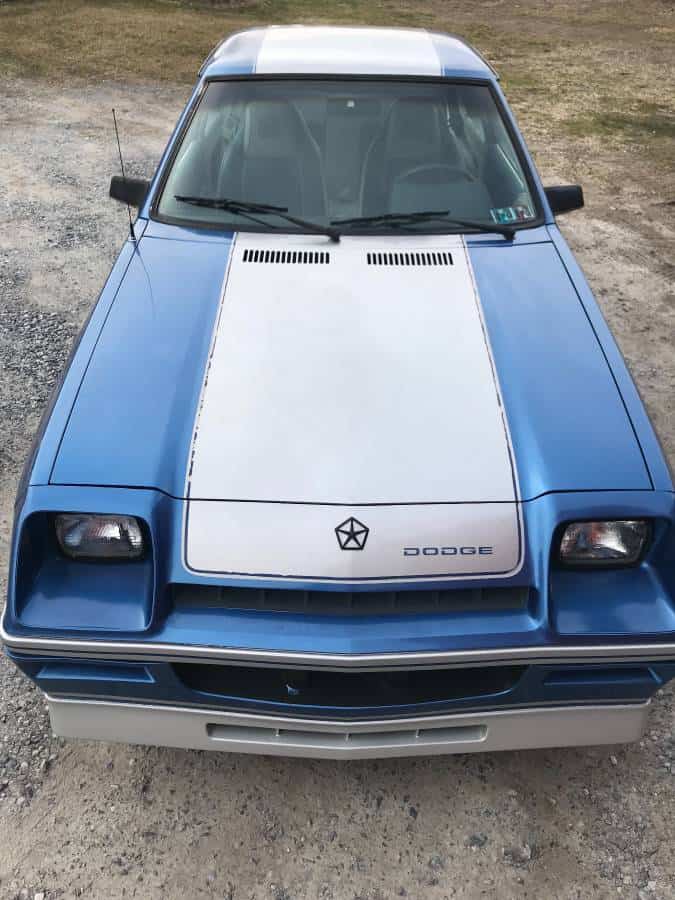 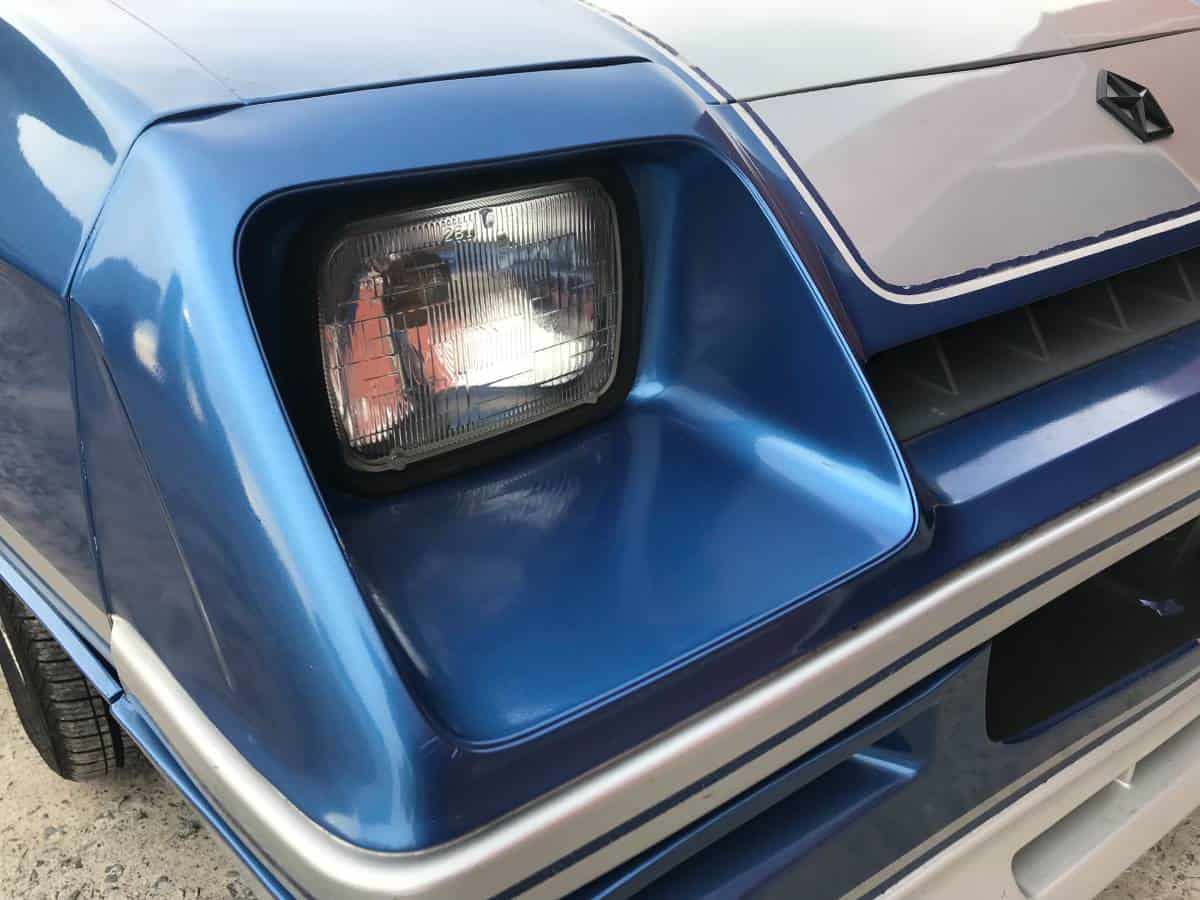 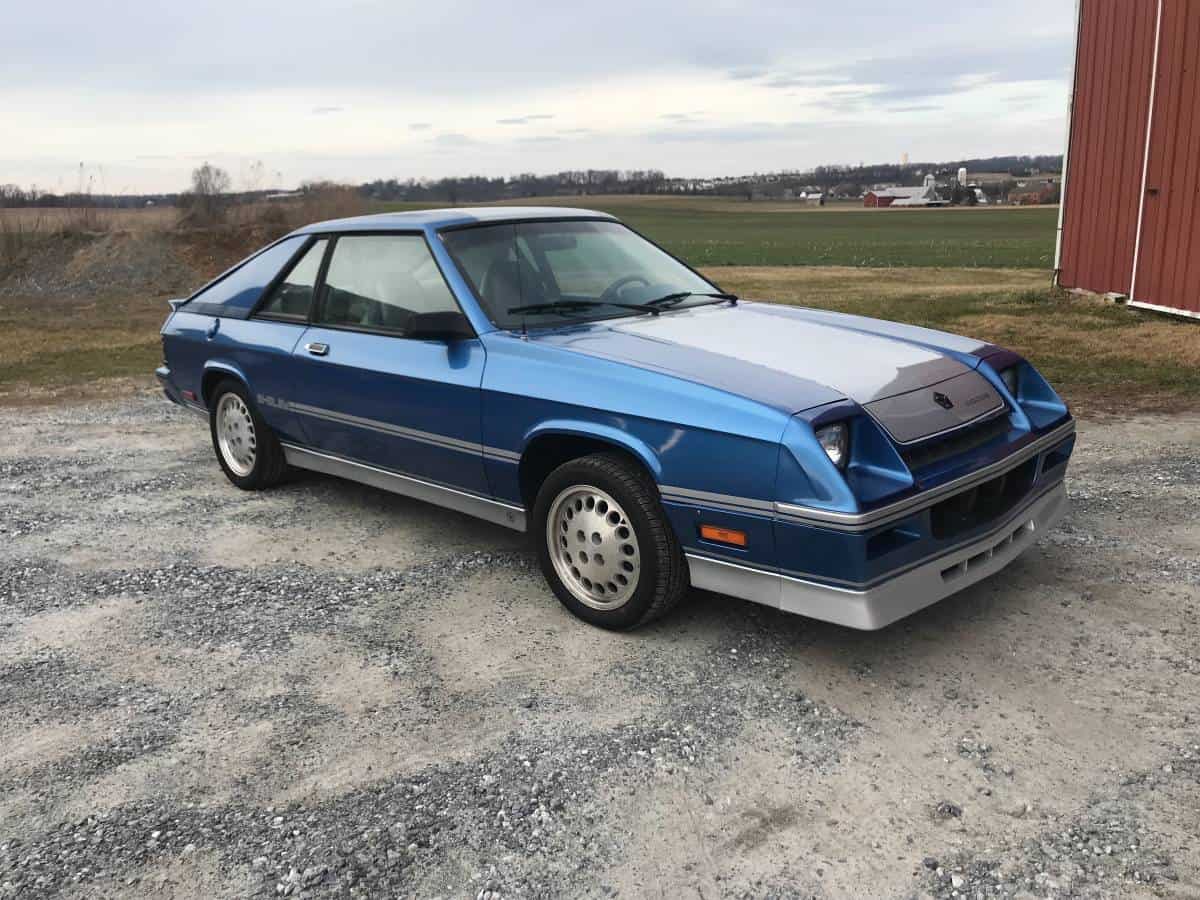 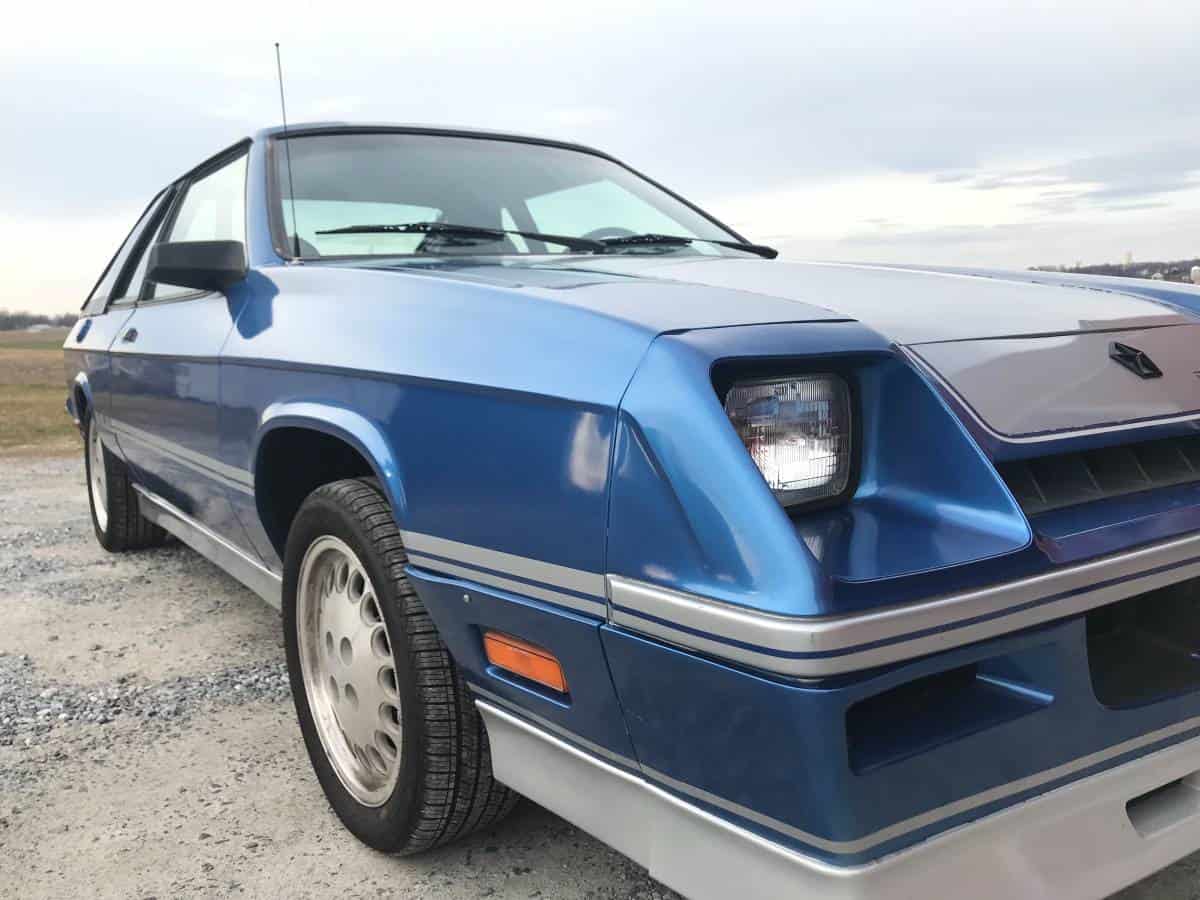 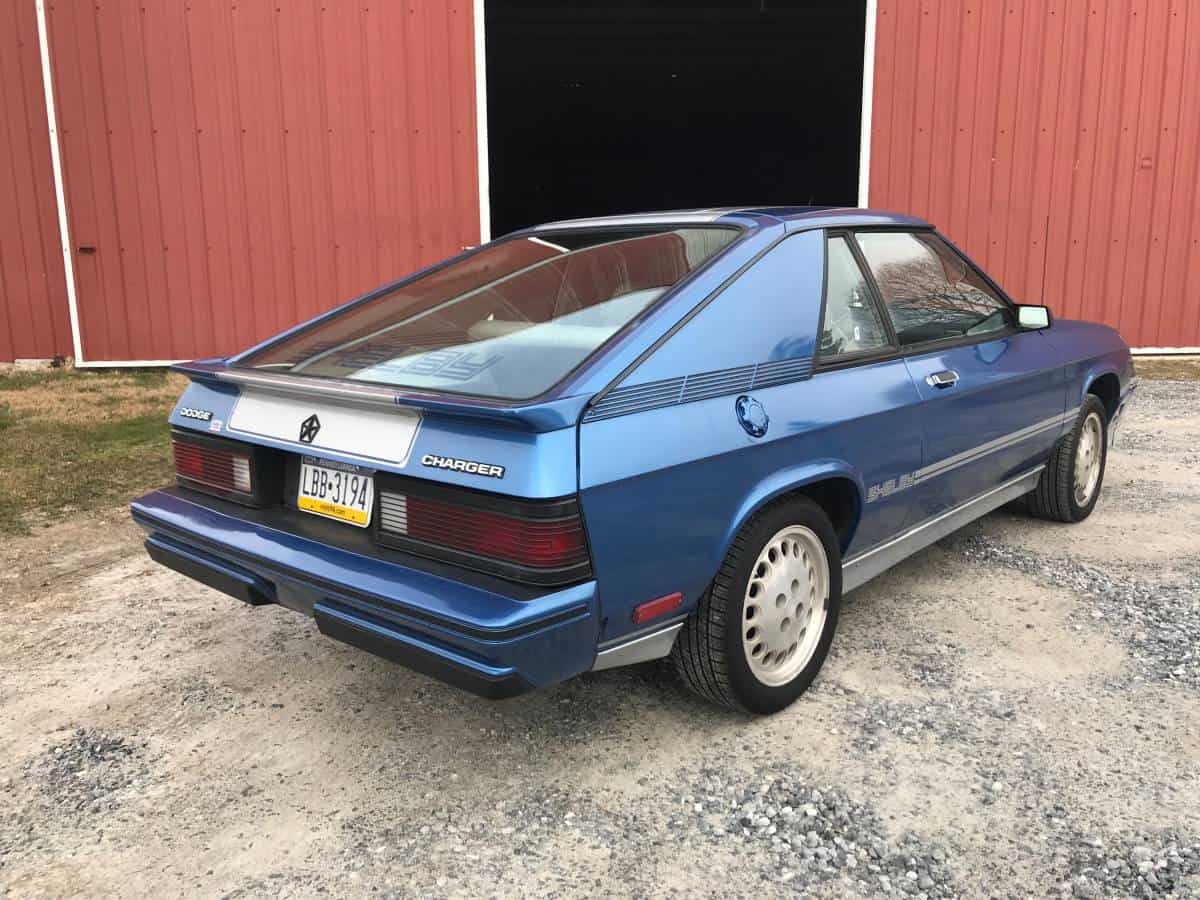 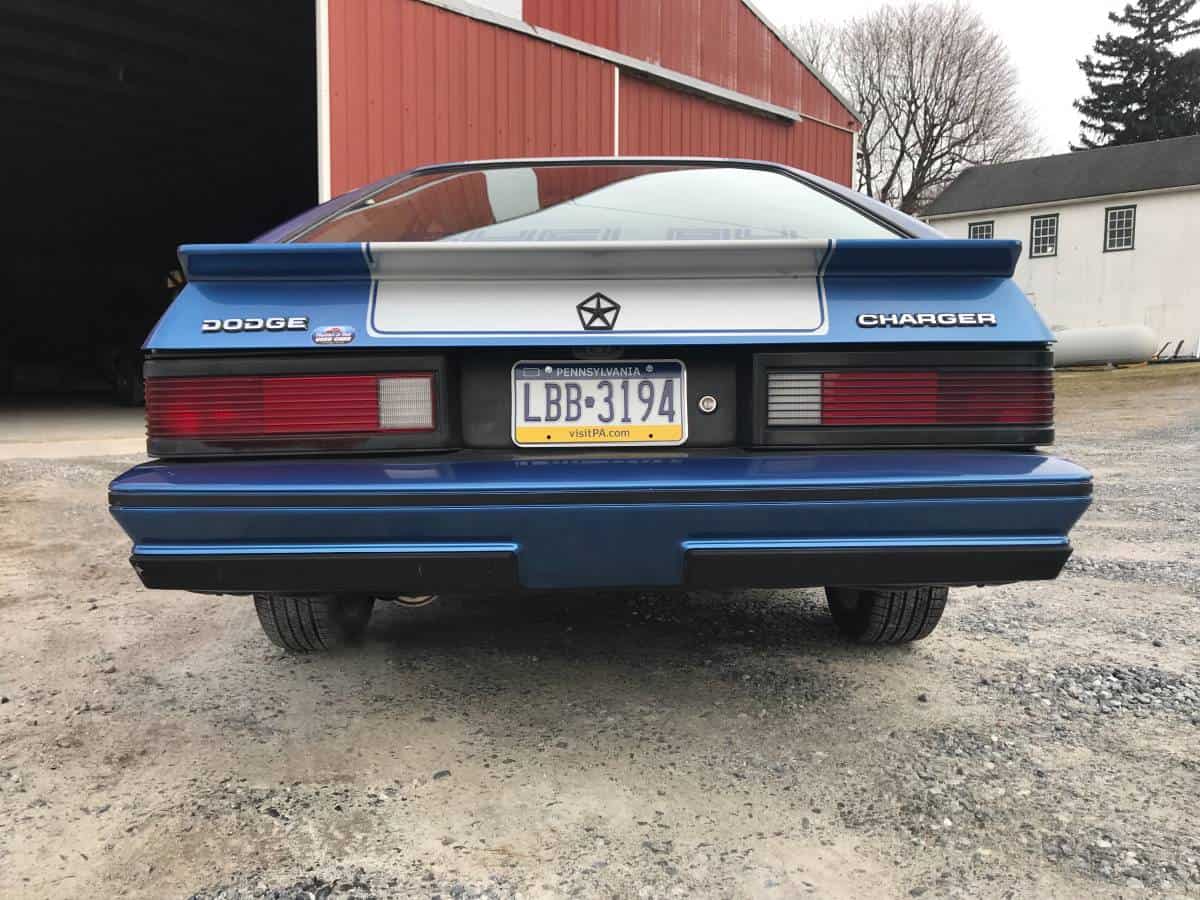 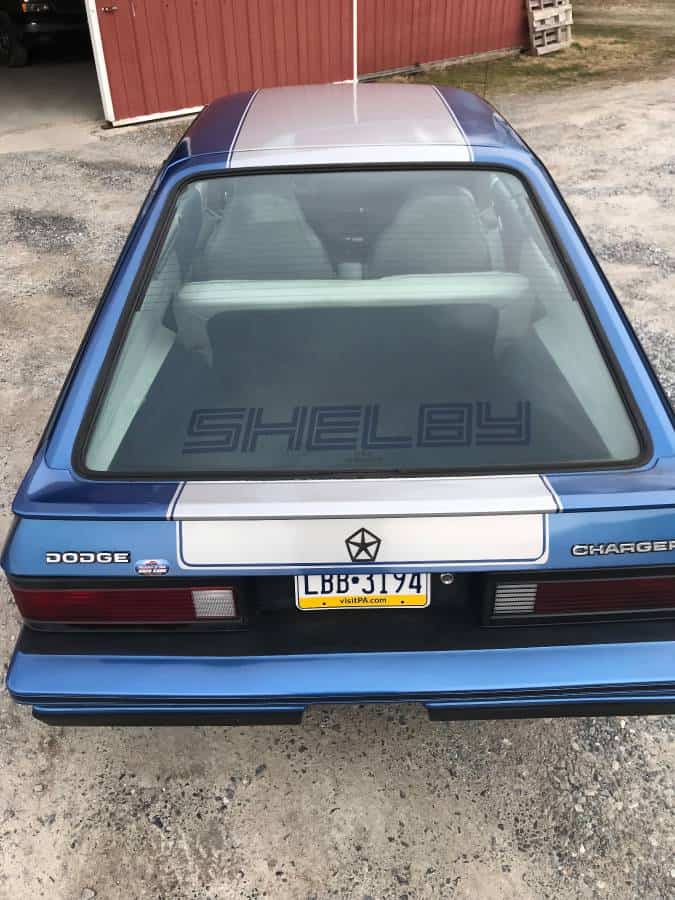 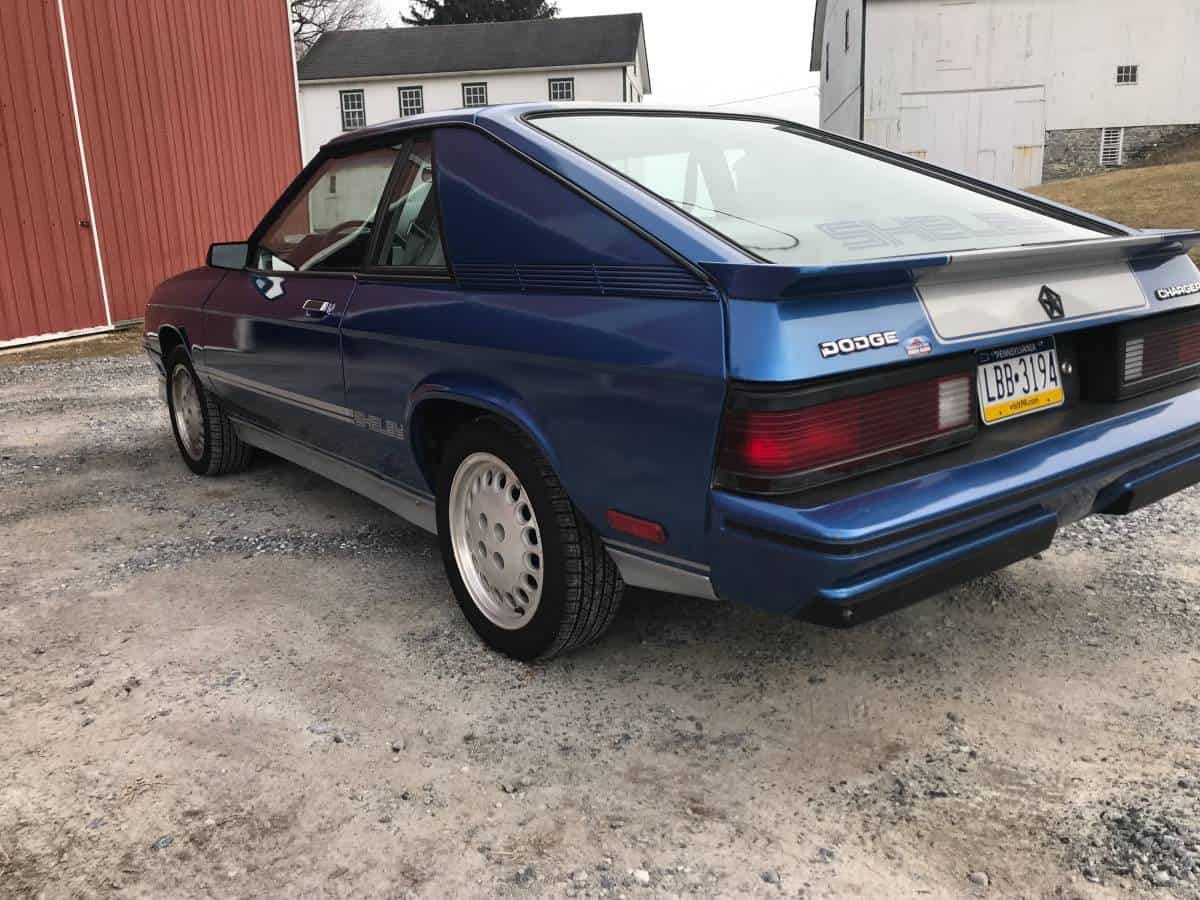 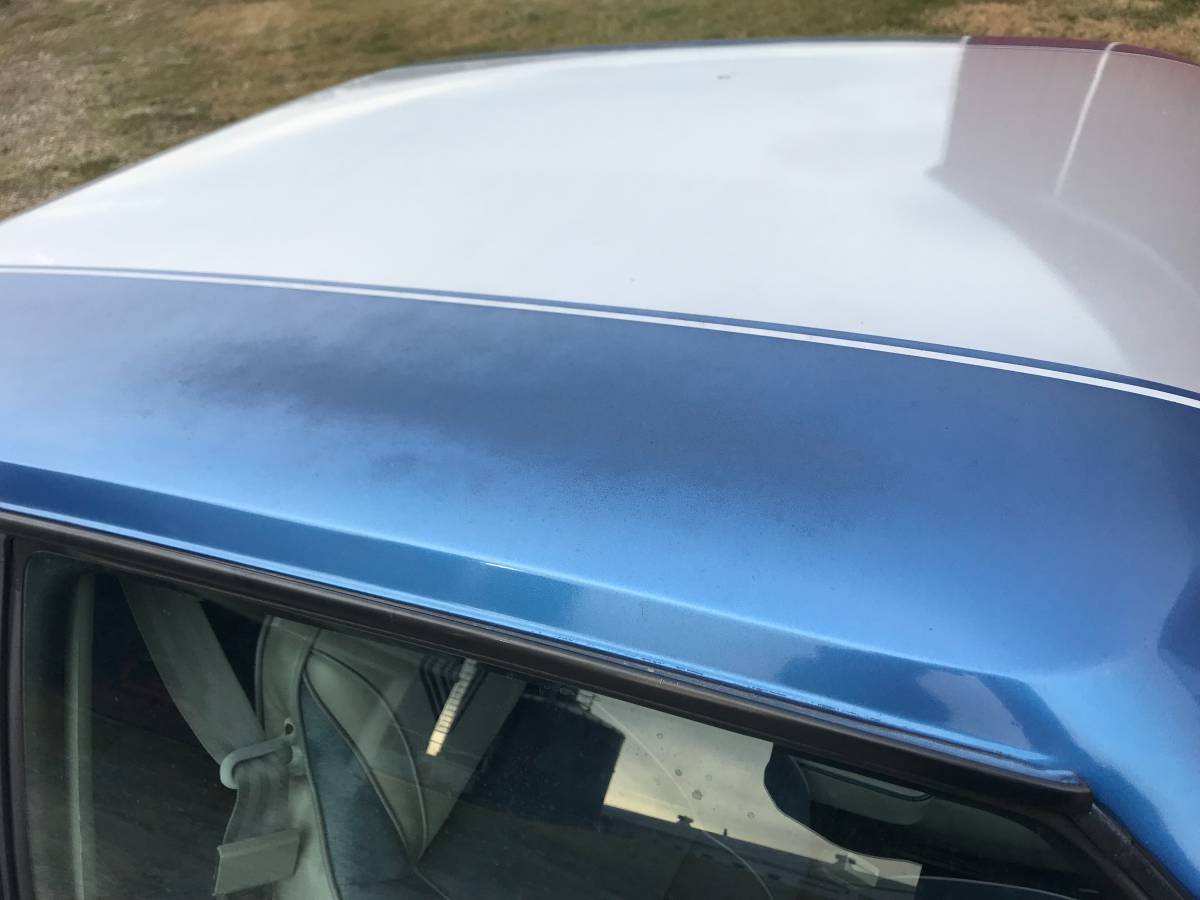 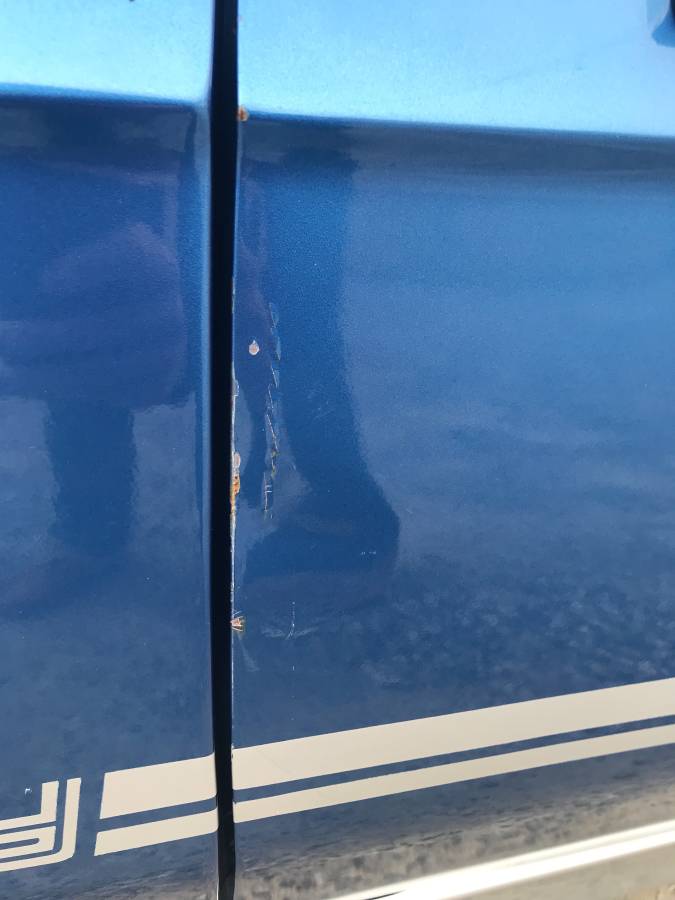 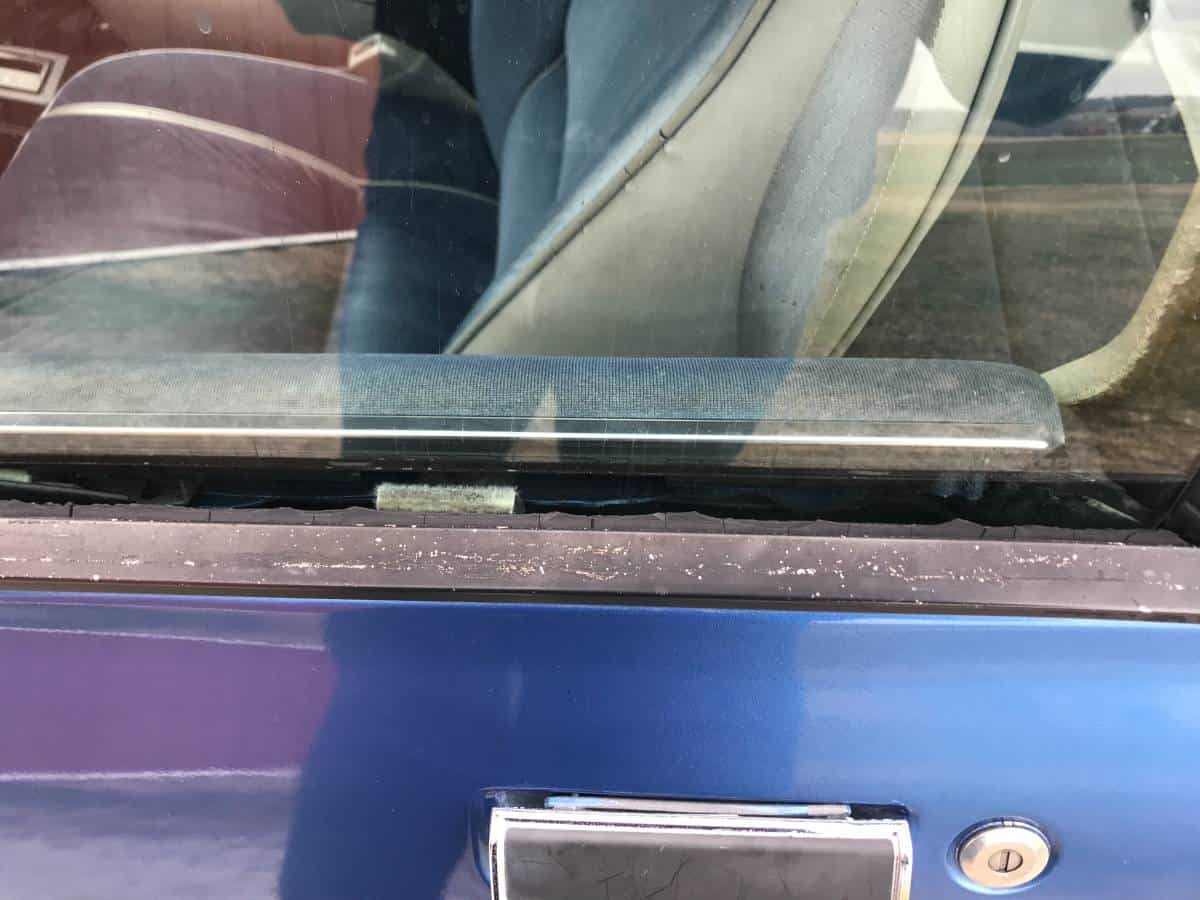 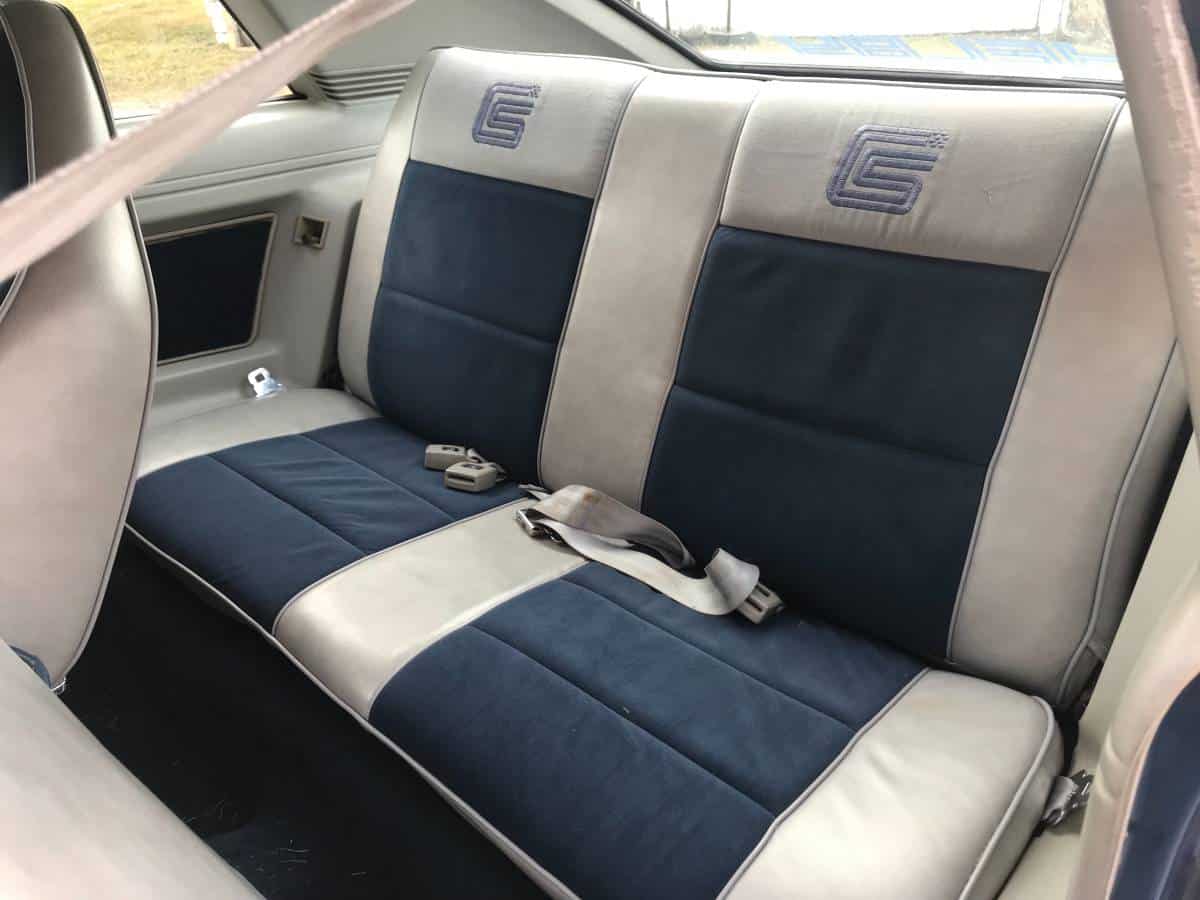 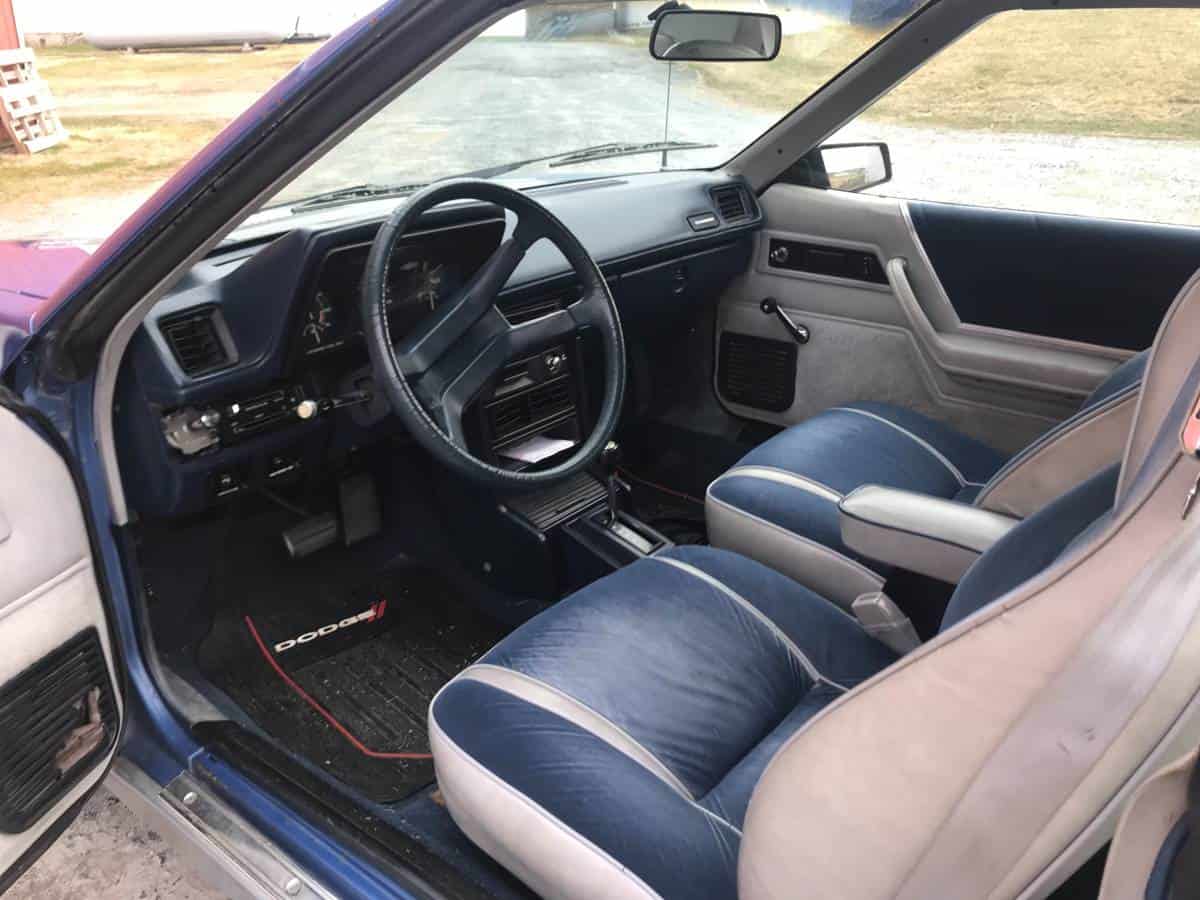 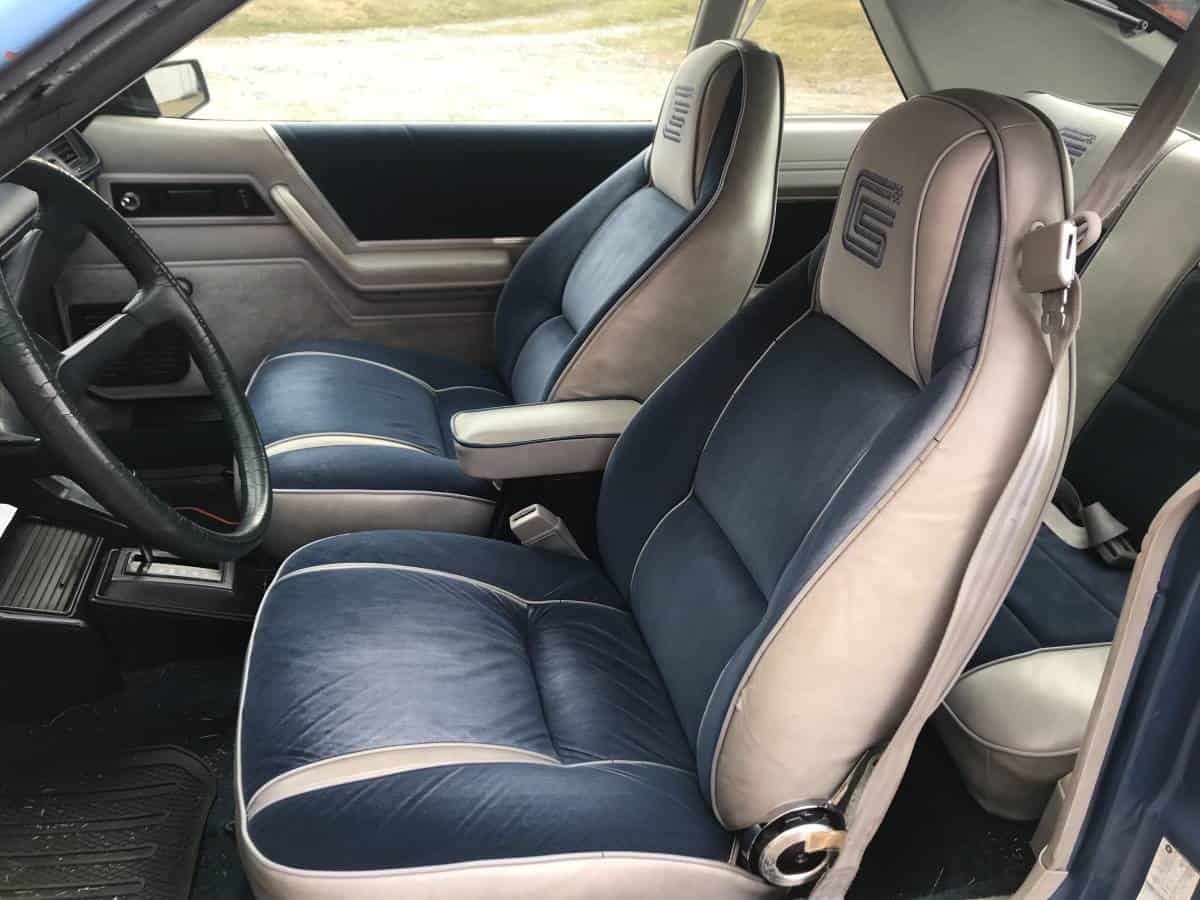 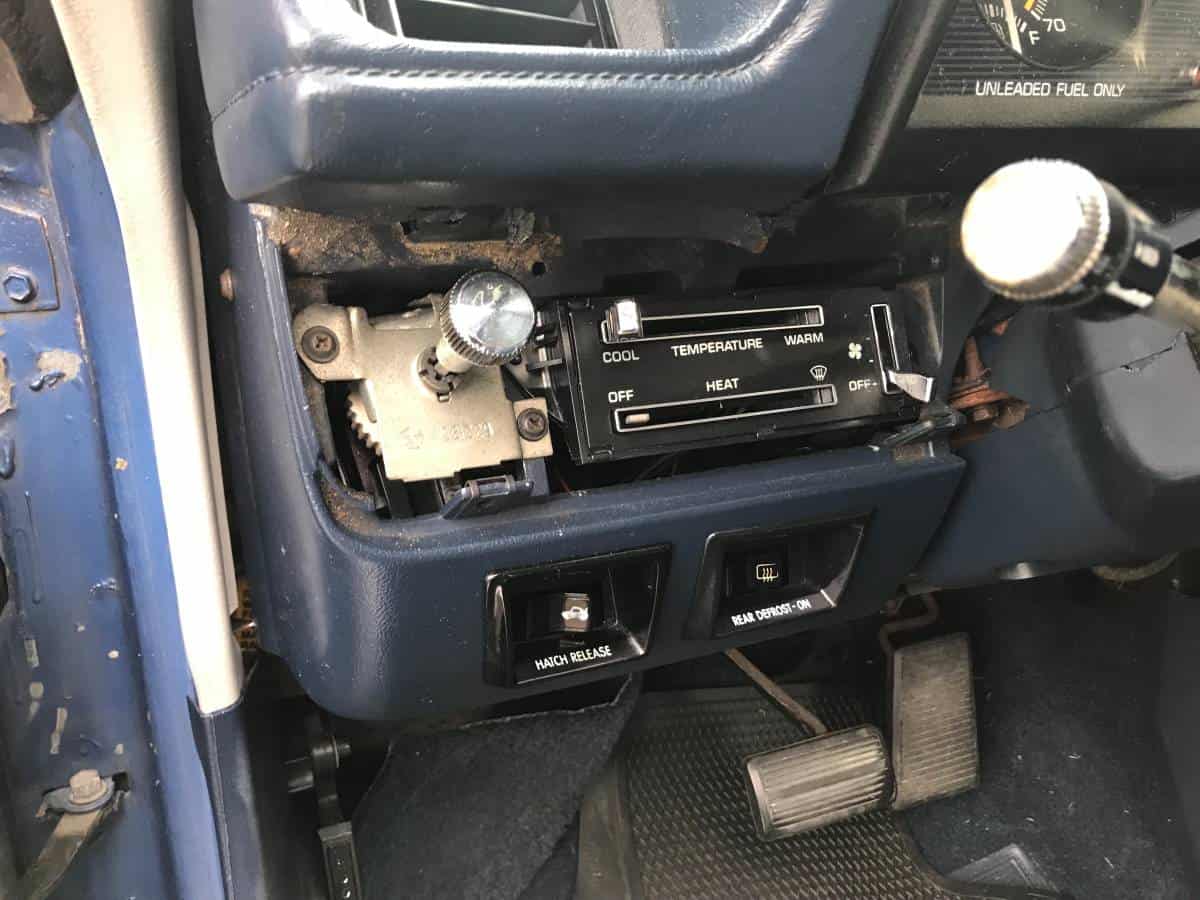 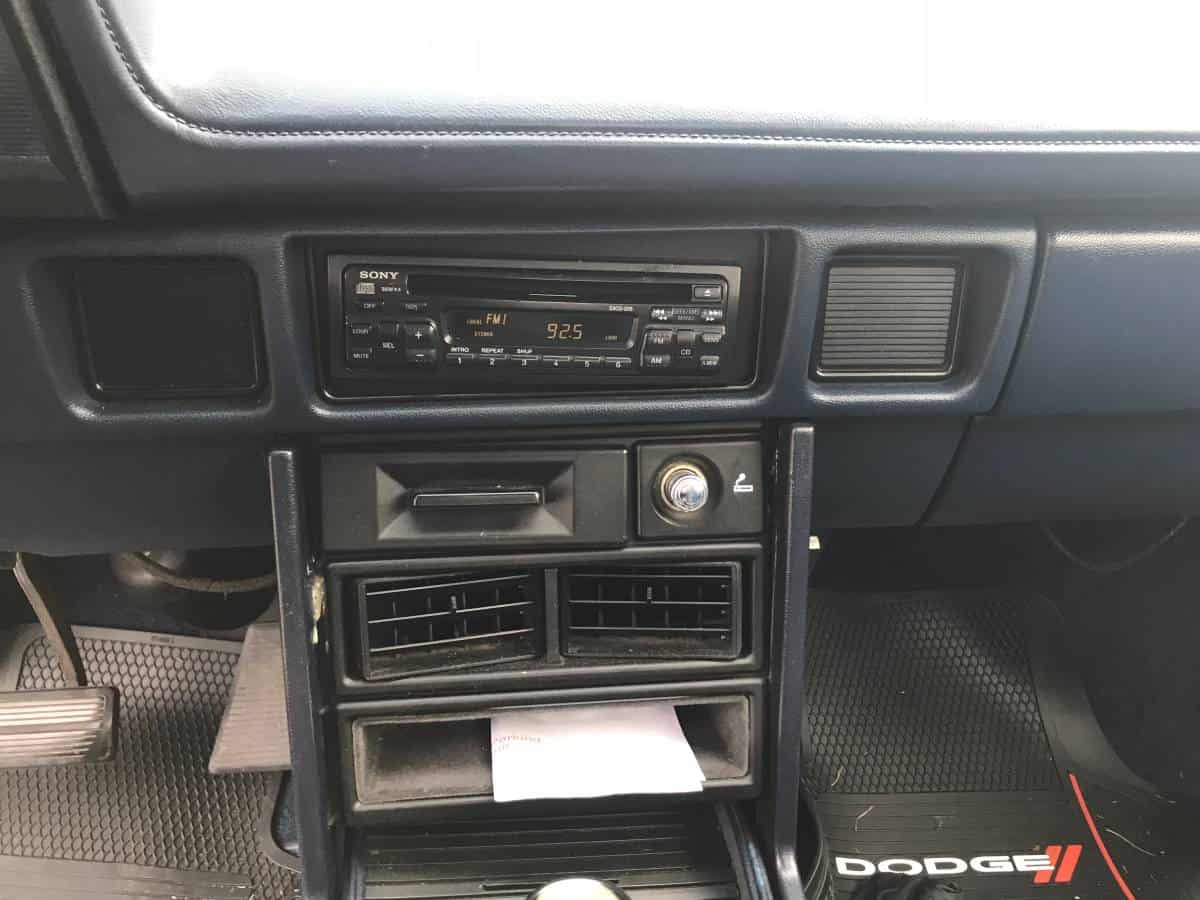 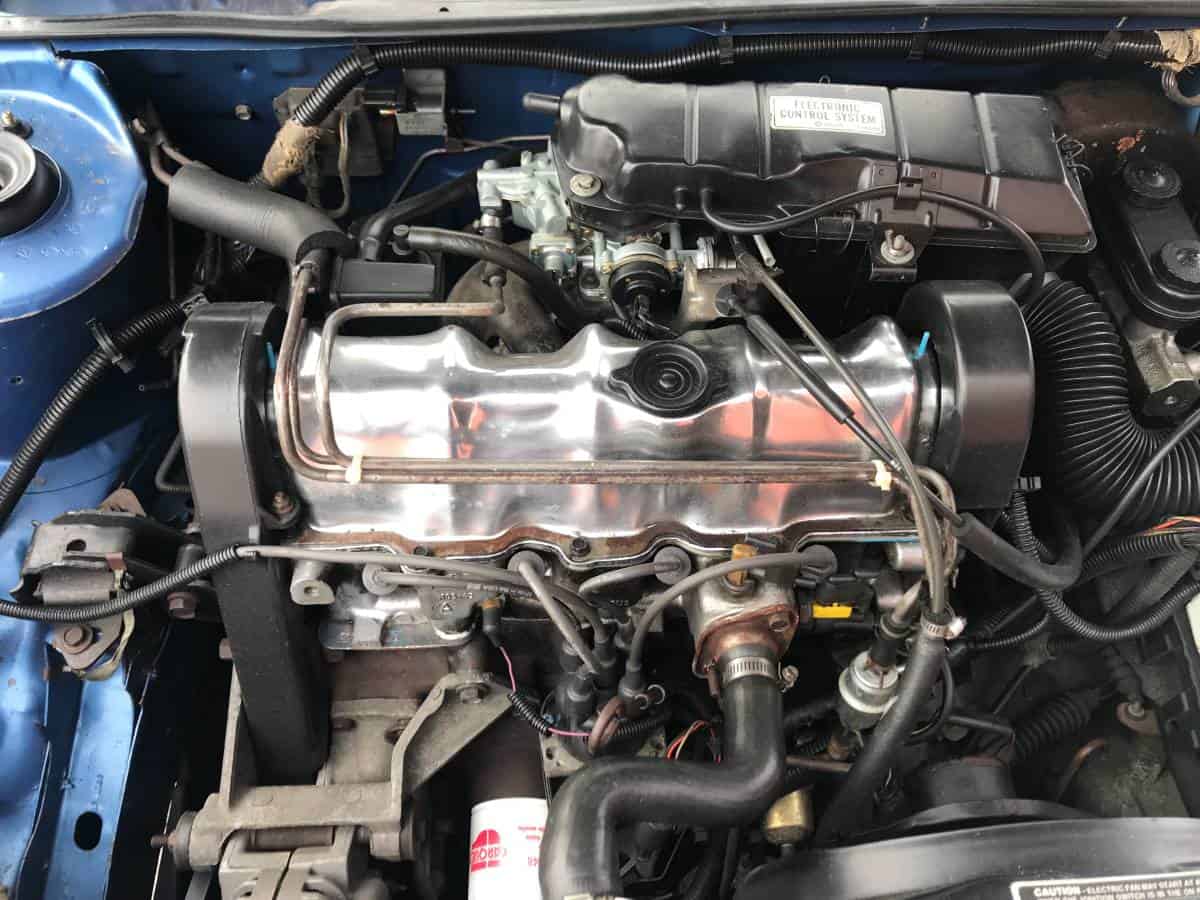 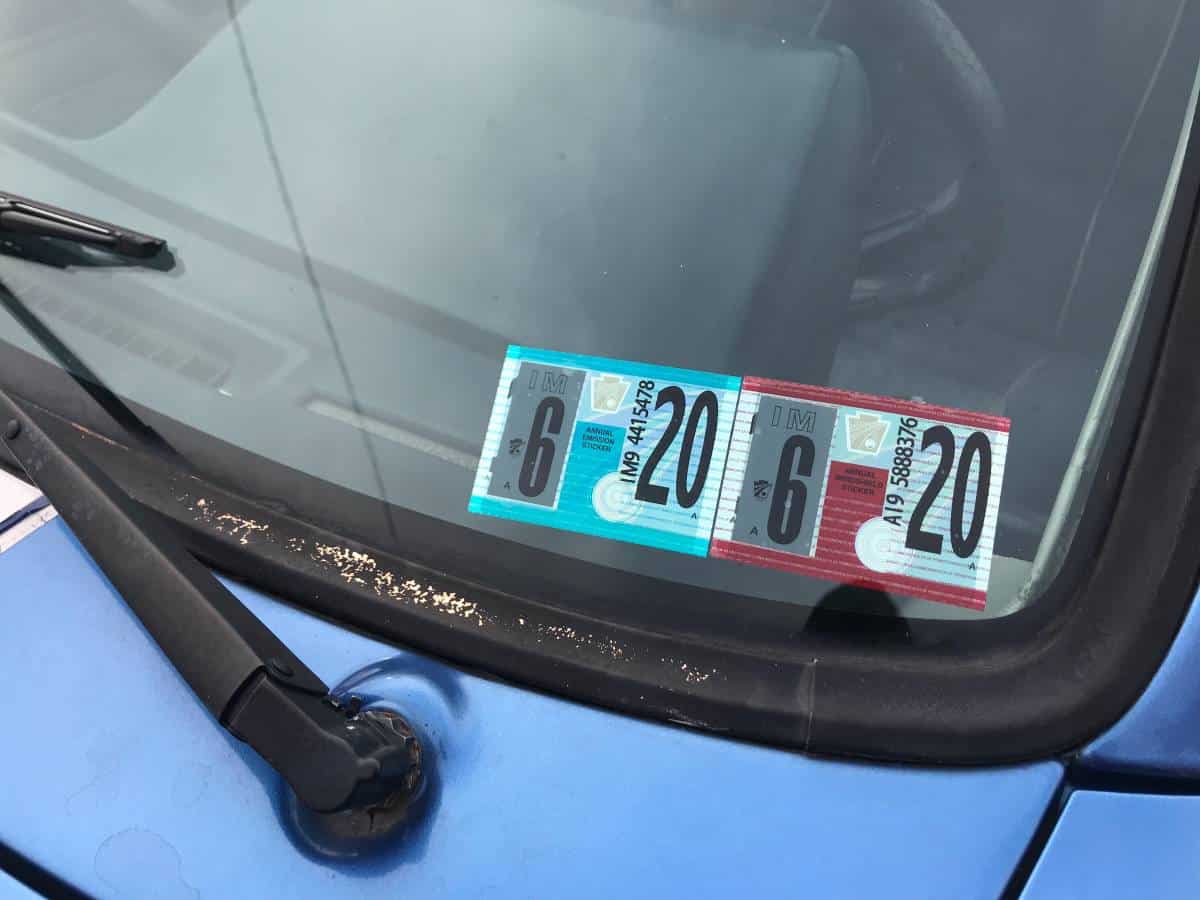 October 18th Update – The latest listing for this ’84 Dodge Shelby Charger recently expired, so while we’re currently calling this car “Sold”, based on the seller’s past history we will continue keeping an eye out for a fresh ad.  This one may have got away, but if you have your heart set on something similar, email us the details of what you’re looking for or call Rudy directly at (908)295-7330.

September 20th Update – Preparing for our latest Malaise Monday feature, we came across a fresh listing for this 1984 Dodge Shelby Charger we first featured way back in March 9th.  While the pictures remain the same, the private seller revised his description and lowered his price by $600 to $5,200.

Carroll Shelby made a name for himself by making production cars go faster and handle better.  The Santa Fe Blue with silver skunk strip 1984 Dodge Shelby Charger currently recently listed on Craigslist in Lancaster, Pennsylvania isn’t exactly one of them.  Making do with a non-turbo 2.2-liter engine and automatic transmission, this example merely looks that part of the better car that would be made available one year later.   No asking $5,200, a quick check of the NADA Guides Classic Car Valuation Tool confirms this private seller has his special charger priced towards the higher end of the “Low”, “Average”, and “High” retail value range of $2,475, $5,550, and $6,375, respectively.

For 1983, Carroll Shelby modified the Dodge Charger, to be sold at Dodge dealers as the Dodge Shelby Charger. Rather than focusing on speed, Shelby modified the suspension and styling. The engine compression was raised for 107 hp (80 kW), and the manual transmission had revised ratios. Shorter springs, special wheels, and tires complemented stronger brakes and a quicker, 14:1, power steering rack. Outside, a new nose and racing stripes accented the performance image. received a free-flowing exhaust system, making for a more aggressive sound. The body kits, among other parts, were often shipped to dealerships along with the car to be put on after delivery. The reasoning behind this varied but was said to speed delivery and compensate for ground clearance issues that the cars faced on many car carriers. Production was 8,251 for that first year.

Here’s a Dodge commercial from 1984 featuring none other than Carroll Shelby himself showing the Dodge Shelby performance line-up for that model year:

If you want a RADwood eligible car on the cheap that looks the part of a Shelby Charger, this appears to be a decent example you can drive while your budget and time allow you to make improvements.  With just under 75K original miles, the body appears to be straight and the paint is still shiny with the only obvious flaw in the door seller photograph and a worn hood pinstripe.  The black trim around the windows is in need of re-anodizing and as the seller states, some of the interior trim pieces need to be sourced and updated.  This could be a fun entry-level collector car that returns great gas mileage while providing the practicality of a hatchback.  Good luck with the purchase!

“1984 Dodge Charger Shelby in good condition. This is a fun little car with lots of retro charm. It has a carbonated 4 cylinder with an automatic transmission. Body is in good condition with hardly any rust. Underneath is solid as well. Engine runs well and transmission shifts smoothly. RPM gauge and some of the other dashboard gauges do not work, but the speedometer and gas gauge work fine. Interior in decent condition as well. Seats are all intact. A few of the plastic dashboard pieces could be replaced, but otherwise pretty solid. Some weather stripping along the windows needs replaced as well due to dry-rot.
Inspected until June 2020.
$5,800 OBO. Please do not point out every little flaw of the vehicle. It’s pretty darn good for 36 years old. Not many of these cars still around.“