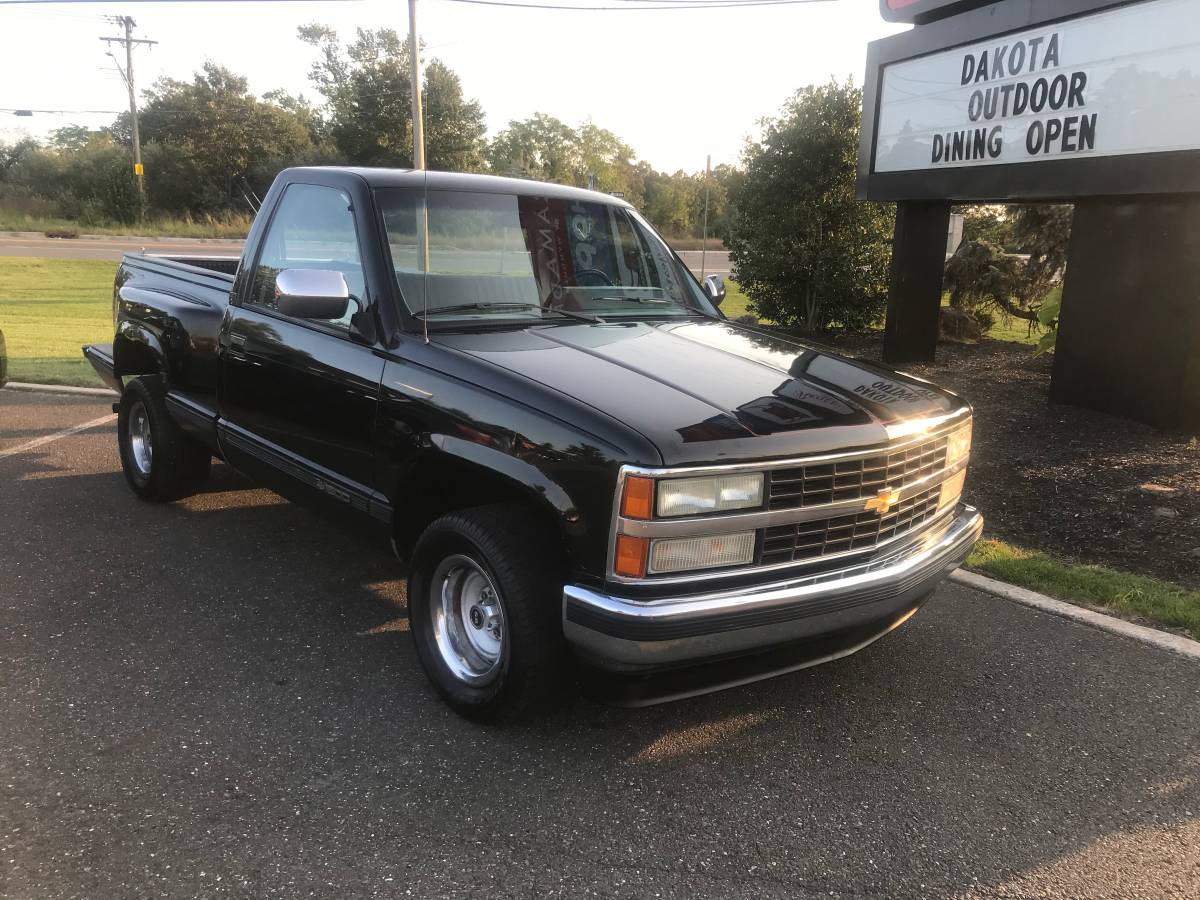 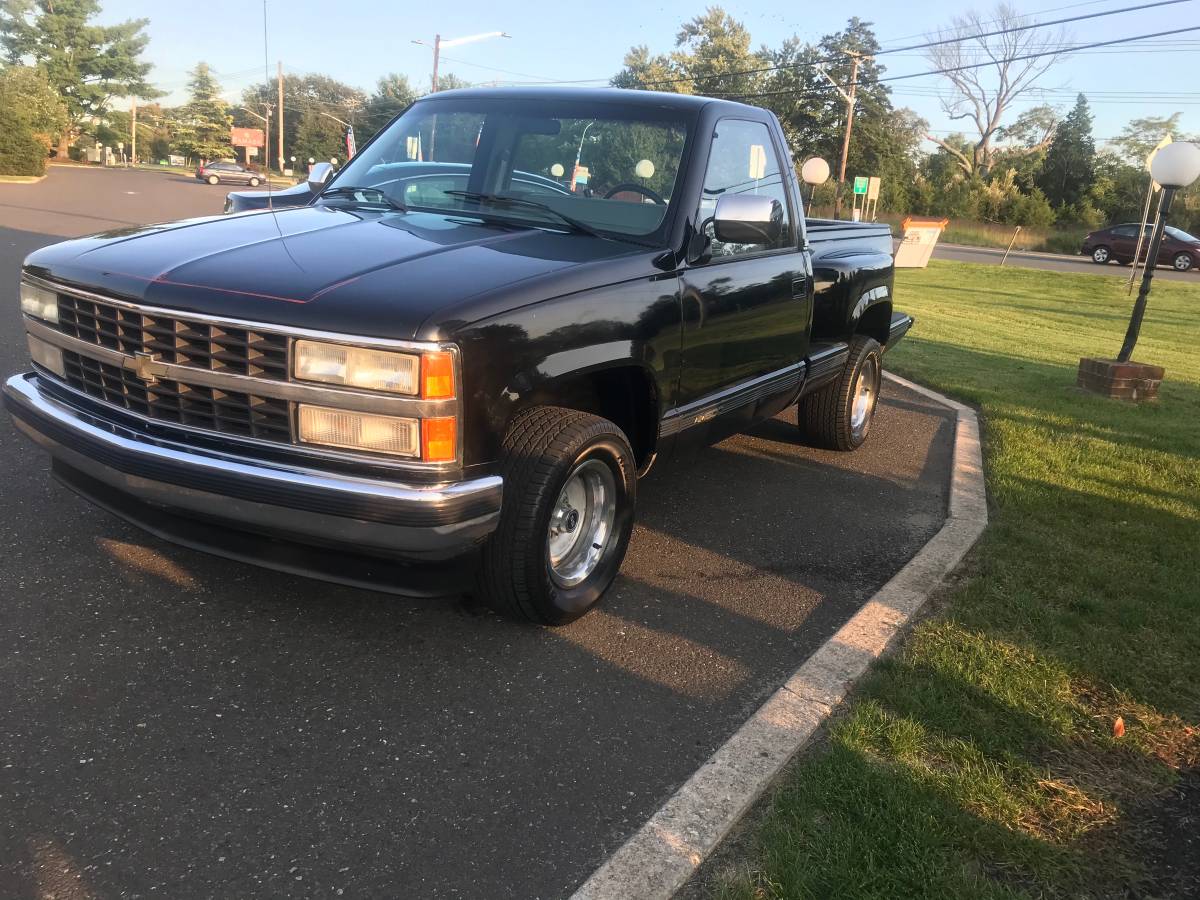 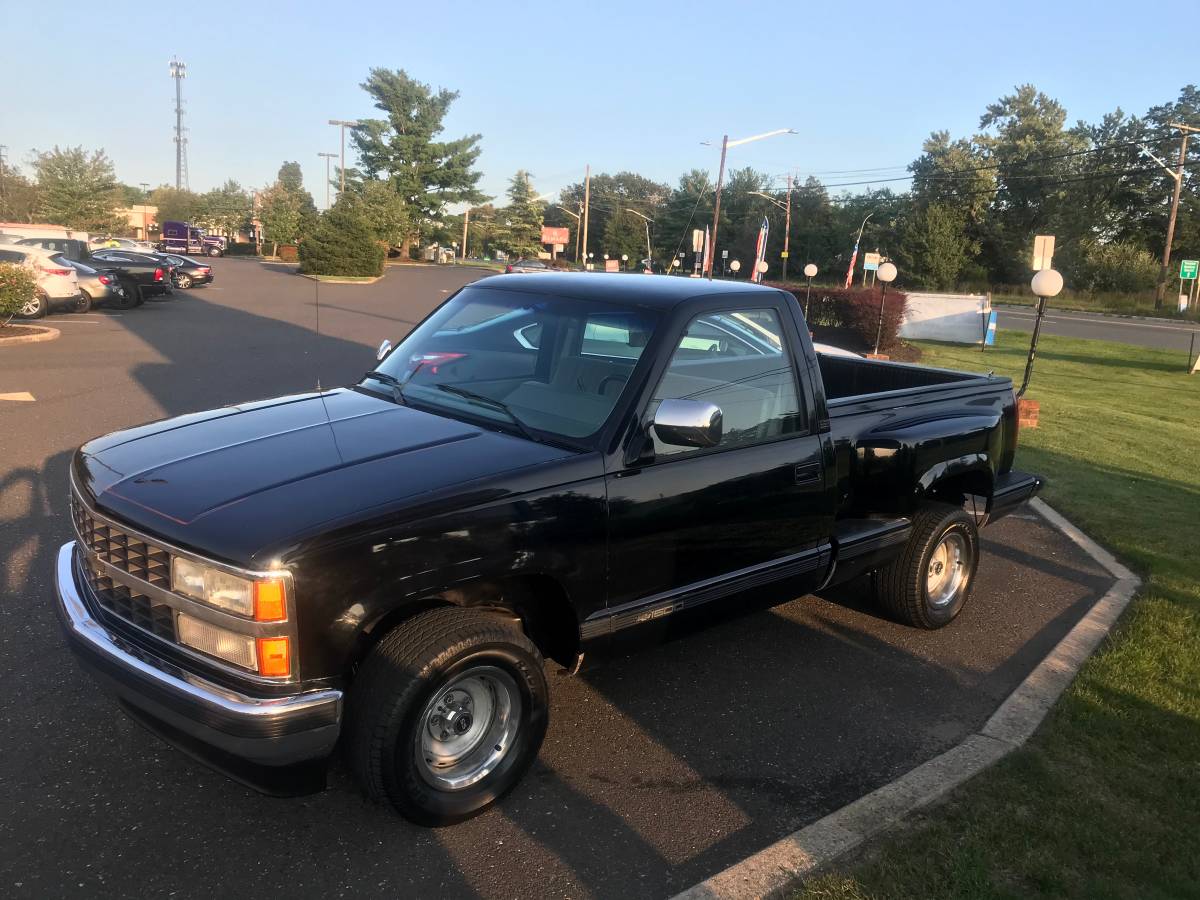 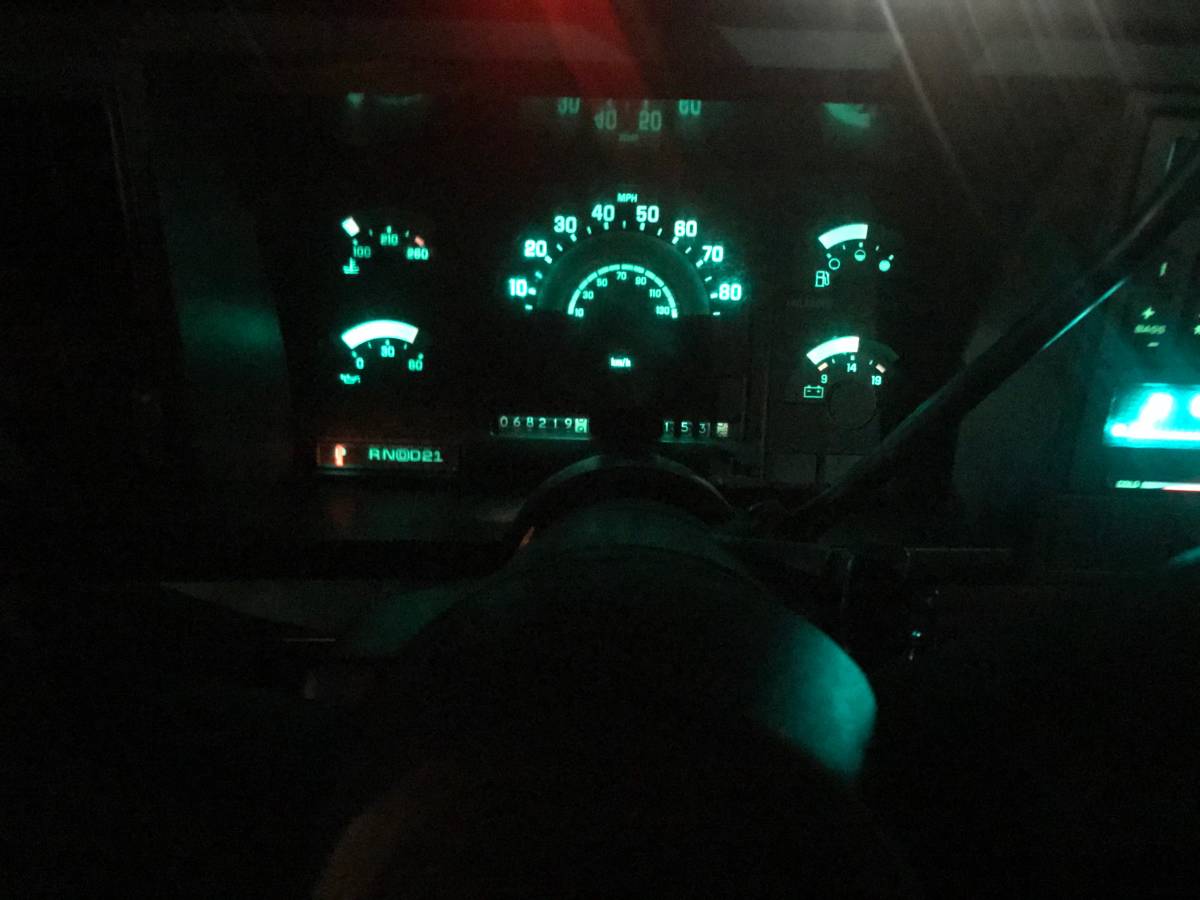 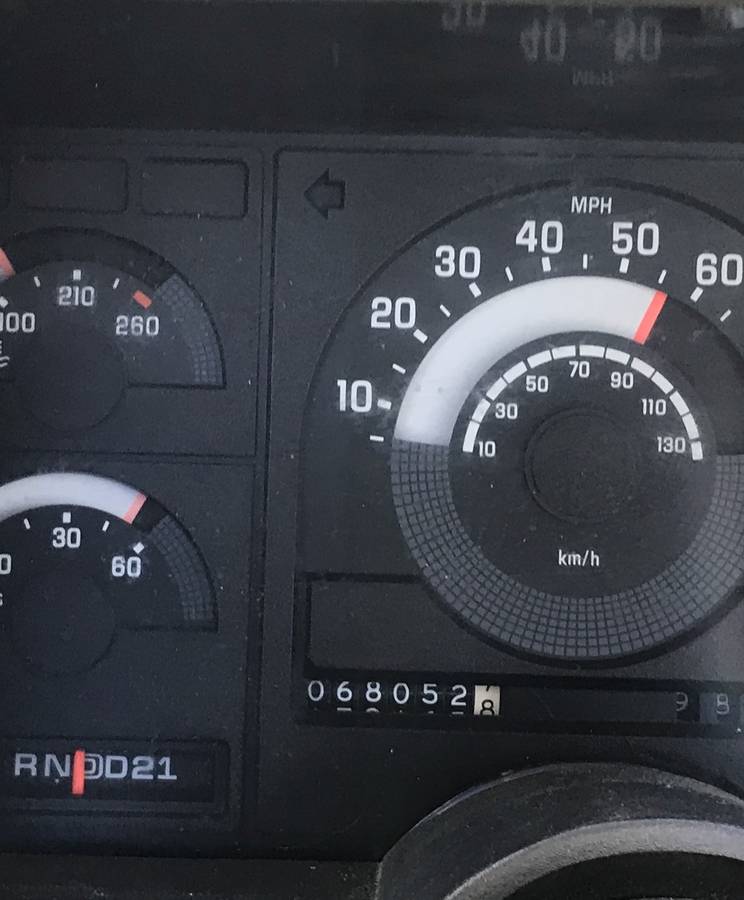 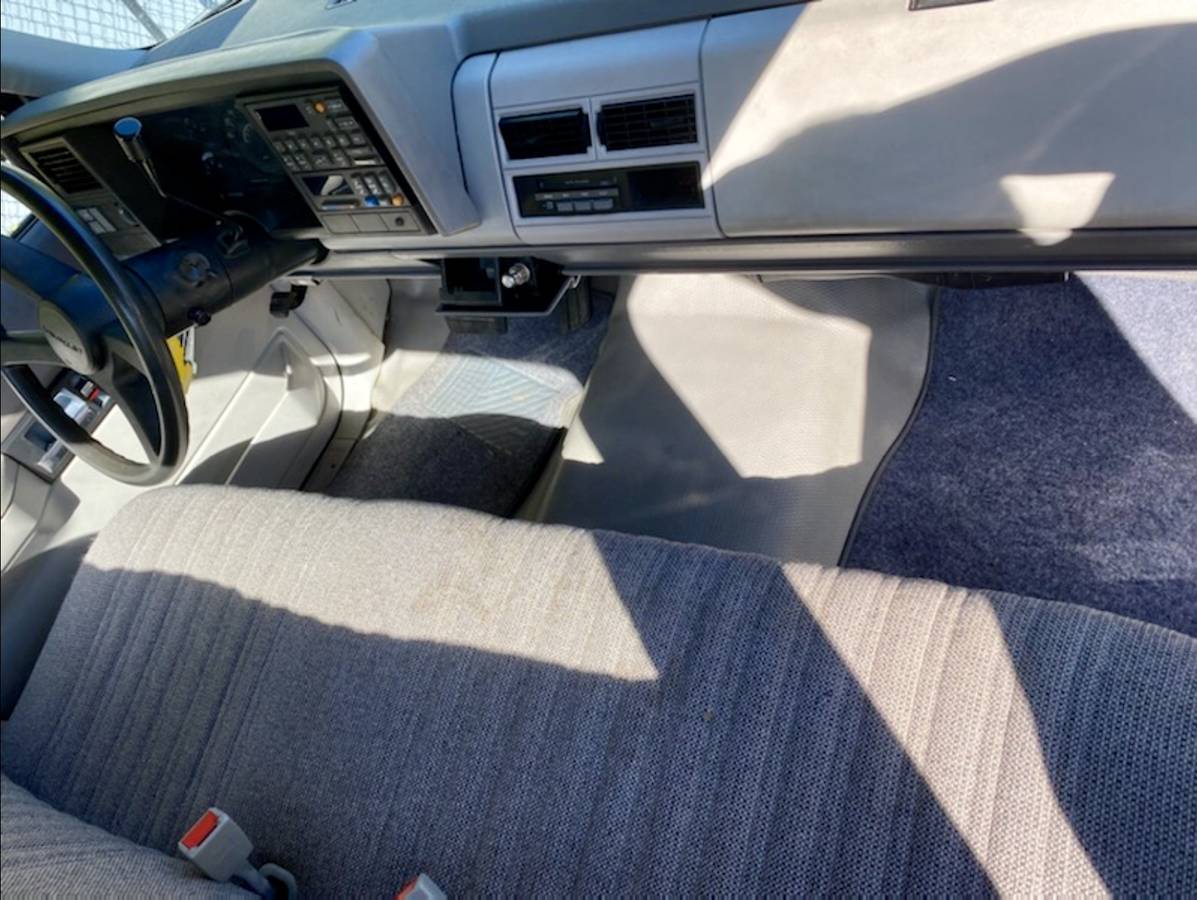 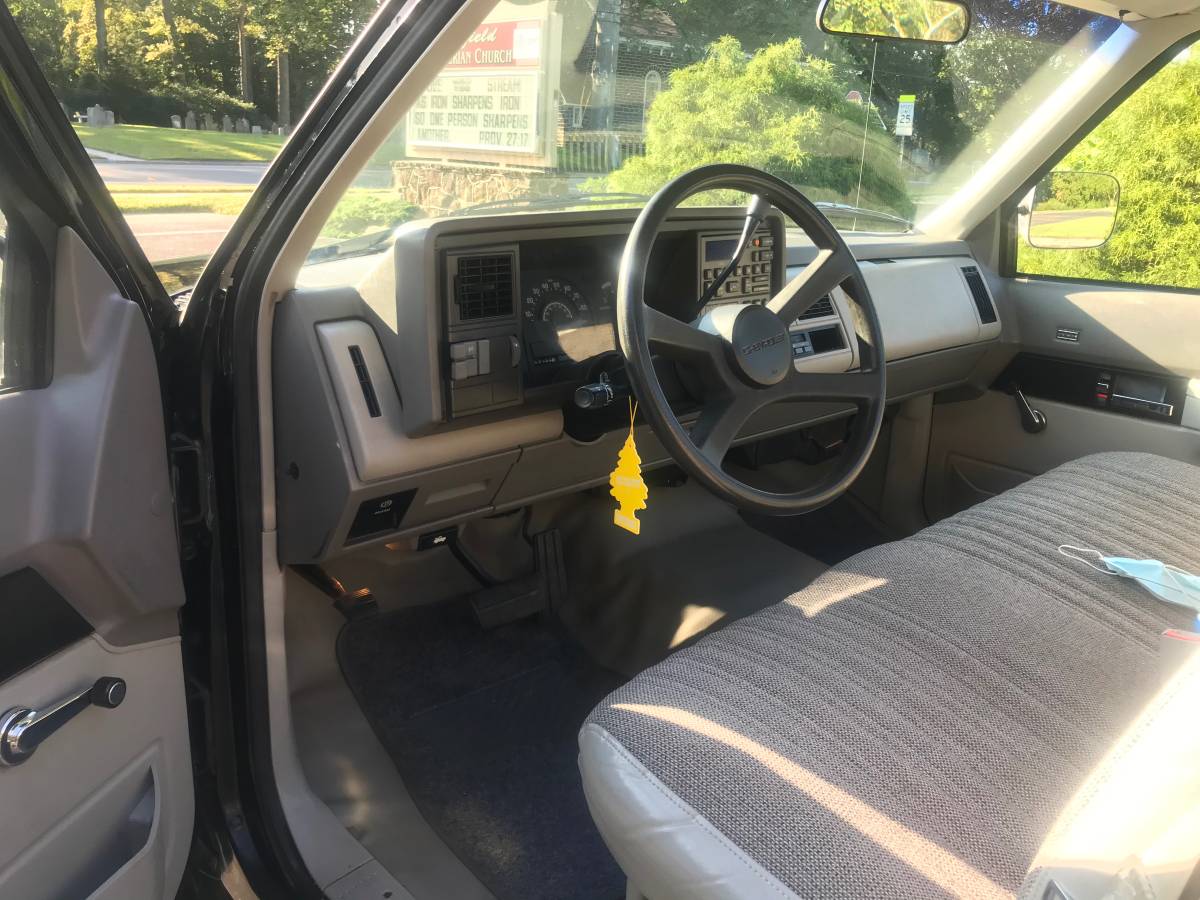 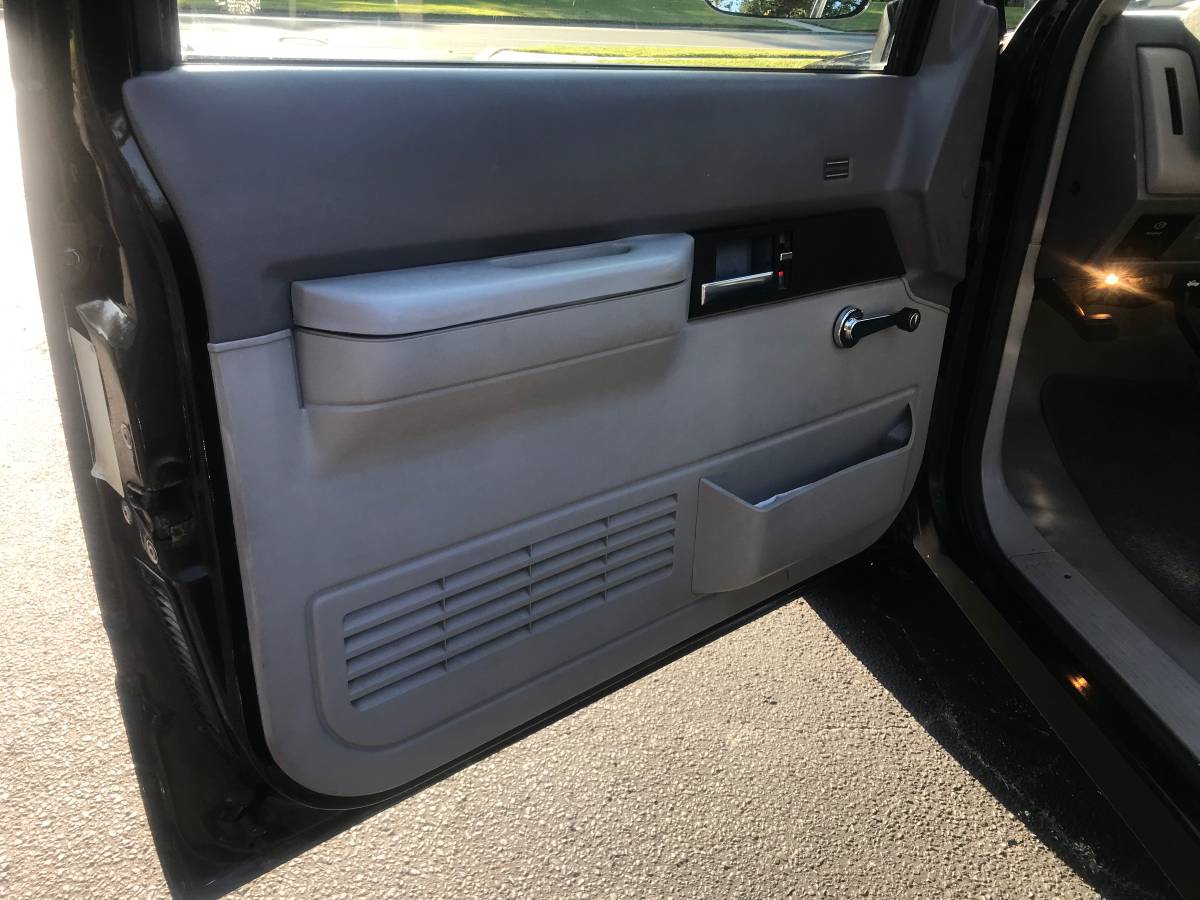 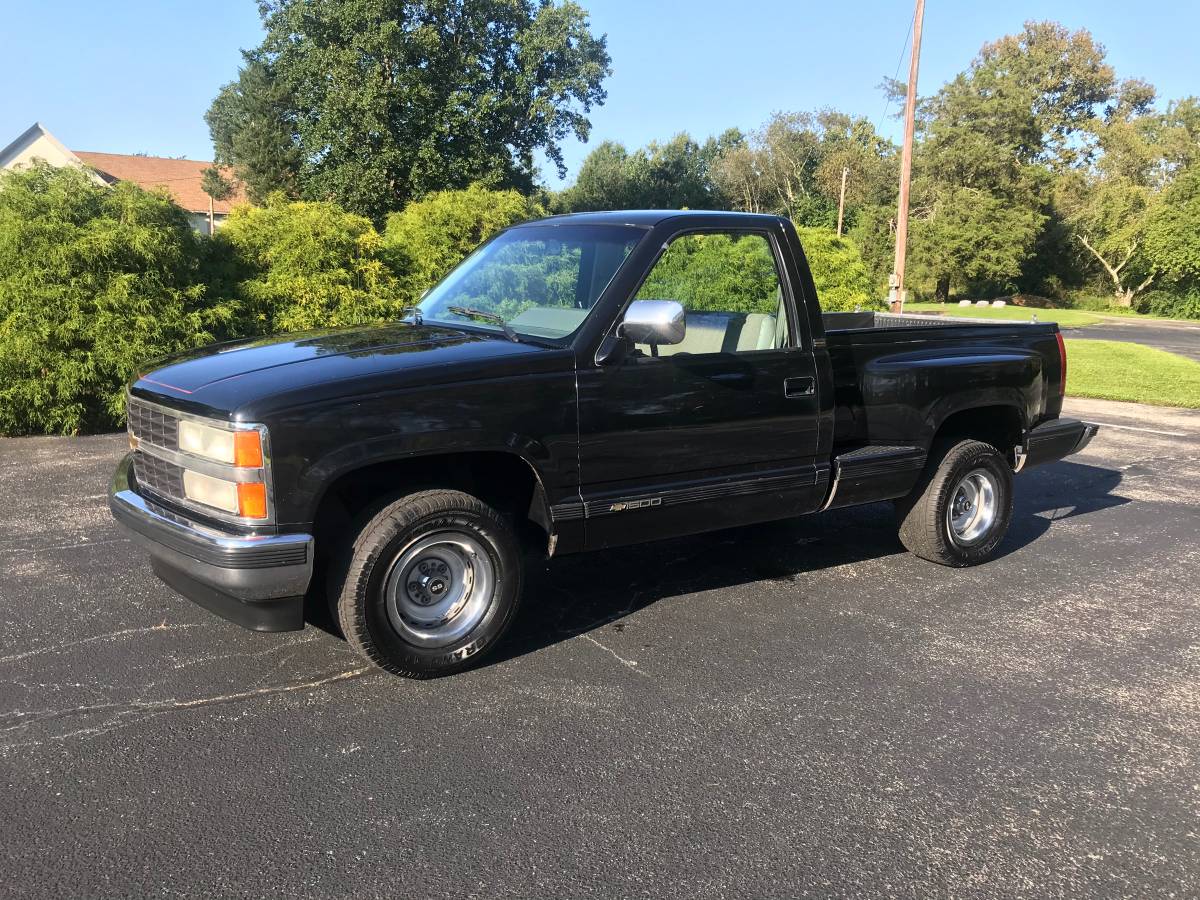 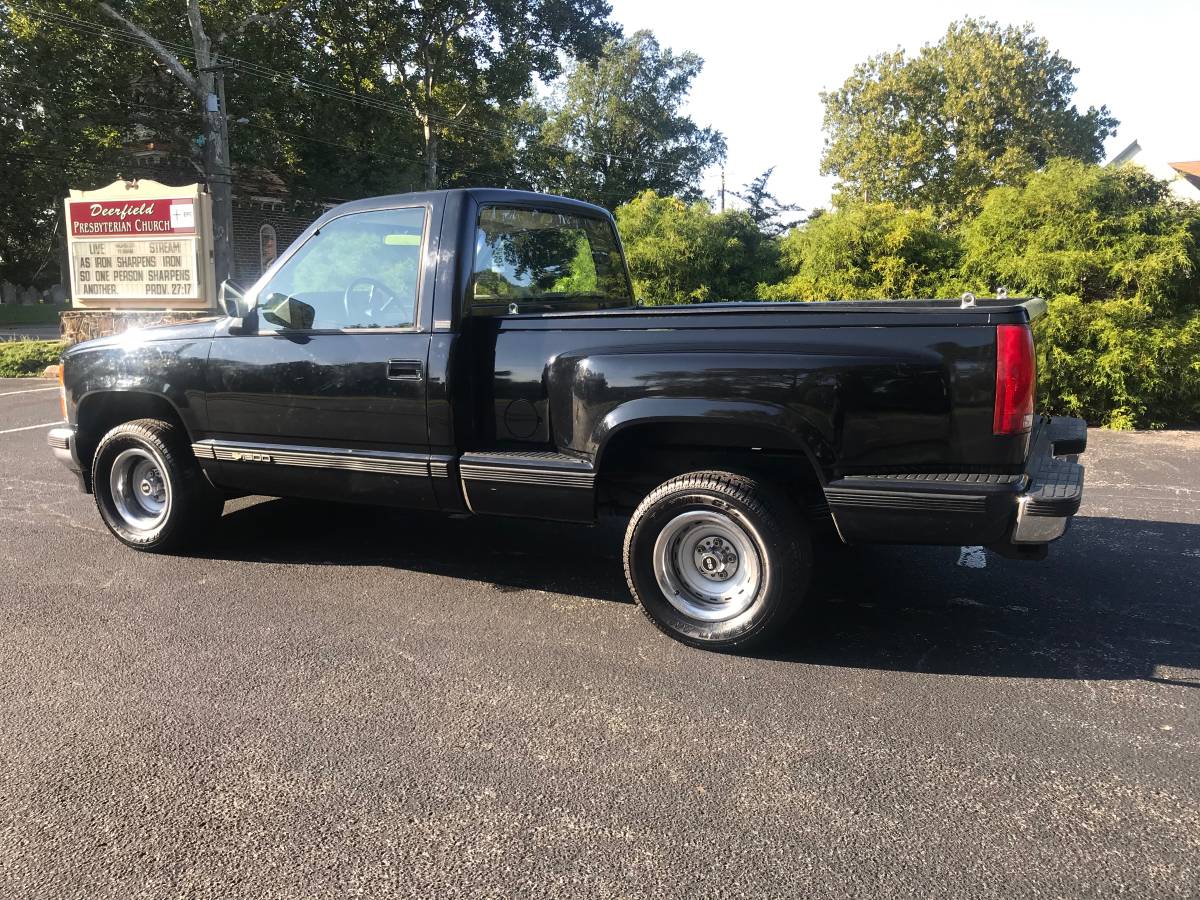 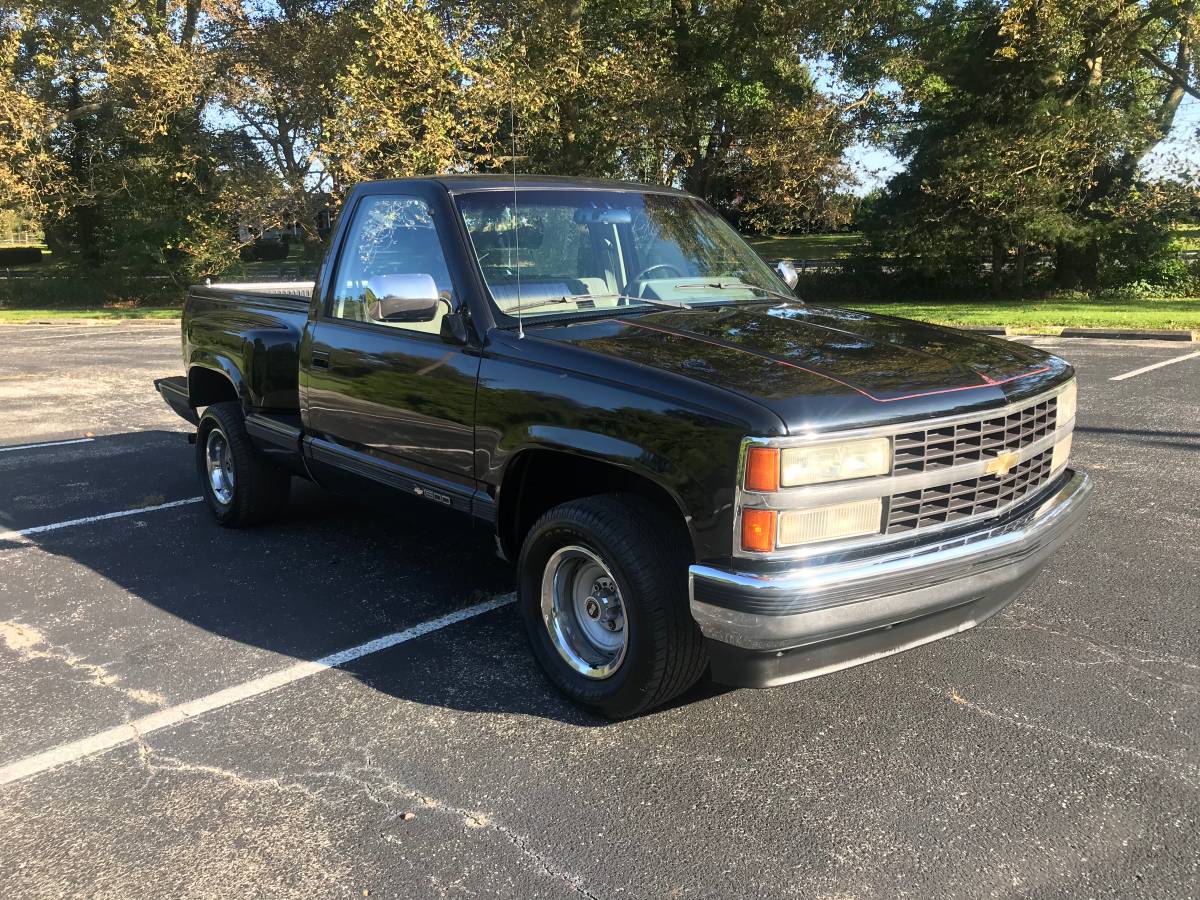 October 19th Update – the private seller of this good looking ’91 Chevy Sportside deleted their Craigslist ad during the past week, so we’re now able to call this truck “Sold!”

While many Chevy truck enthusiasts love the look stepside beds, the reality is their sales suffered a slow decline as most new truck buyers opted for the better utility a “fleetside” bed provided. By the late eighties, Chevrolet recognized this trend but developed a compromise by offering the “Sportside” bed such as the one exemplified on this 68K original mile 1991 Chevrolet C1500 currently listed recently on Craigslist in Elmer, New Jersey.  This clean and said to be always rust-free V6-powered entry-level Chevy offered at $9,800 is the latest example of how big, ugly, and expensive modern trucks have become.  While that price is well above the NADA Guides Classic Car Online Valuation Tool’s current “Low”, “Average”, and “High” retail value range of $2,003, $3,758, and $6,098, respectively, we predict this truck has a strong chance of getting a buyer willing to pay the premium for the rust-free body.

The fourth and final generation Chevrolet’s C/K line of light-duty trucks debuted on the new GMT 400 platform in 1988.  This is the final generation of Chevrolet truck to feature a traditional small-block V8 and was also the last to use the “Silverado” name as a trim level rather than the brand name for the truck.  This is also the generation that started differentiating between the light-duty GMT400 models such as the one featured here and the heavy-duty GMT800 chassis-based 3/4ton and above trucks.  In our humble opinion, this is the last good looking single cab truck Chevrolet made.  The latest generation recently introduced only served to further cement our opinion.

By the late 1980’s Ford’s F150 has already solidified itself as America’s most popular truck, so armed with its newly redesigned fourth-generation C/K line and a fresh “Heartbeat of America” ad campaign, Chevrolet went after the market leader hard with commercials like this one:

If you’re like us and would love owning a back-to-basics stepside-style pickup truck that won’t break the bank, this Chevy may be right for you.  Good luck with the purchase!