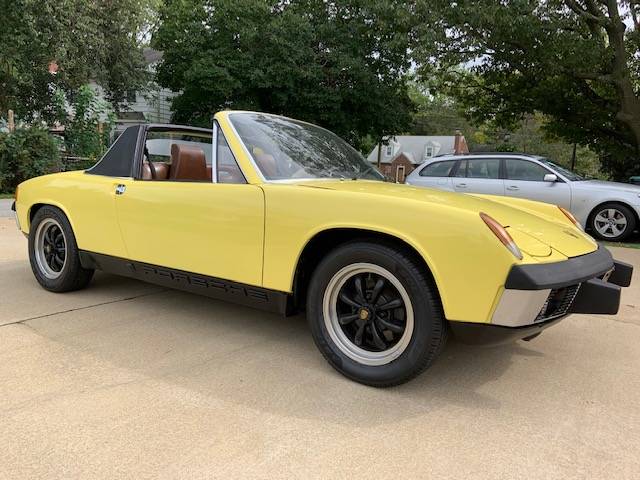 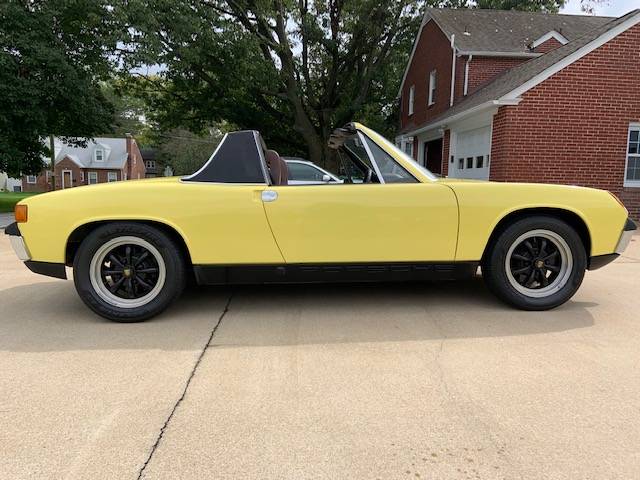 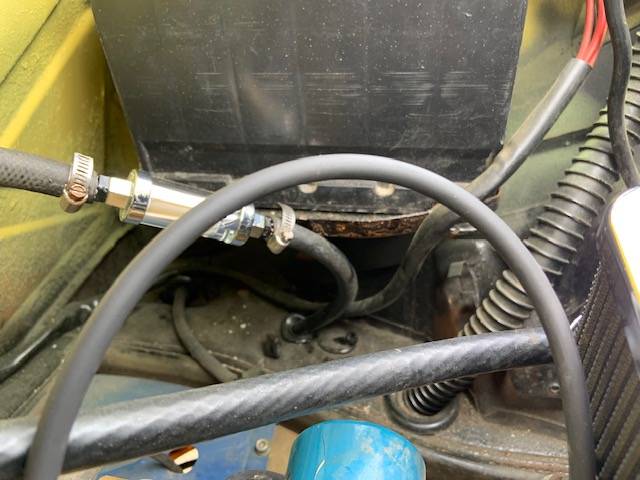 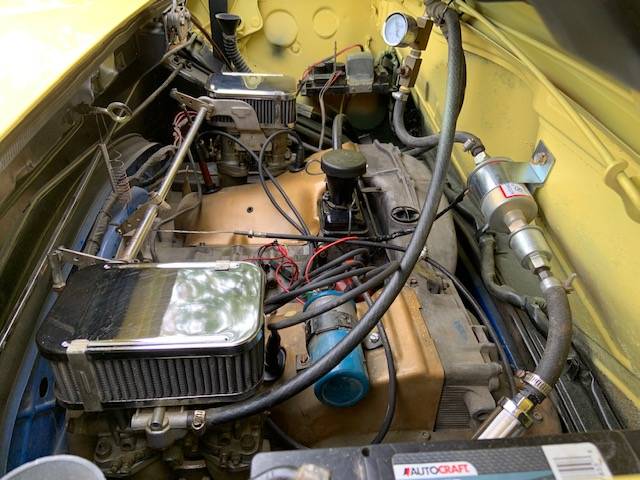 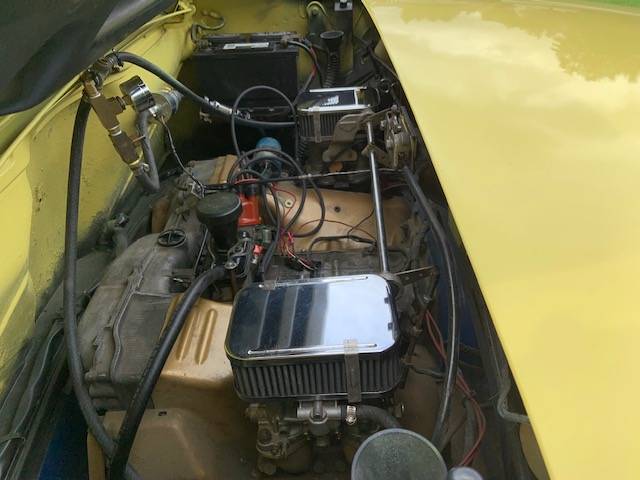 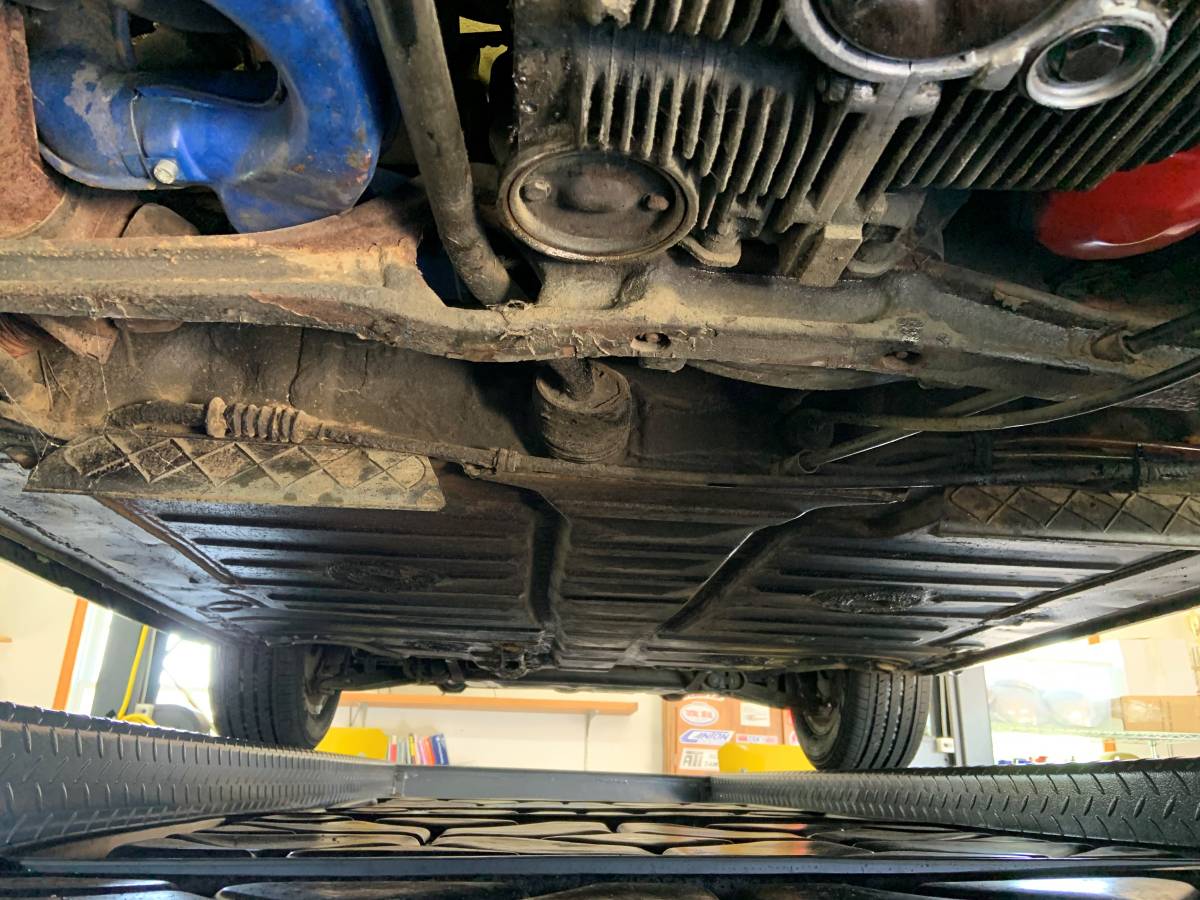 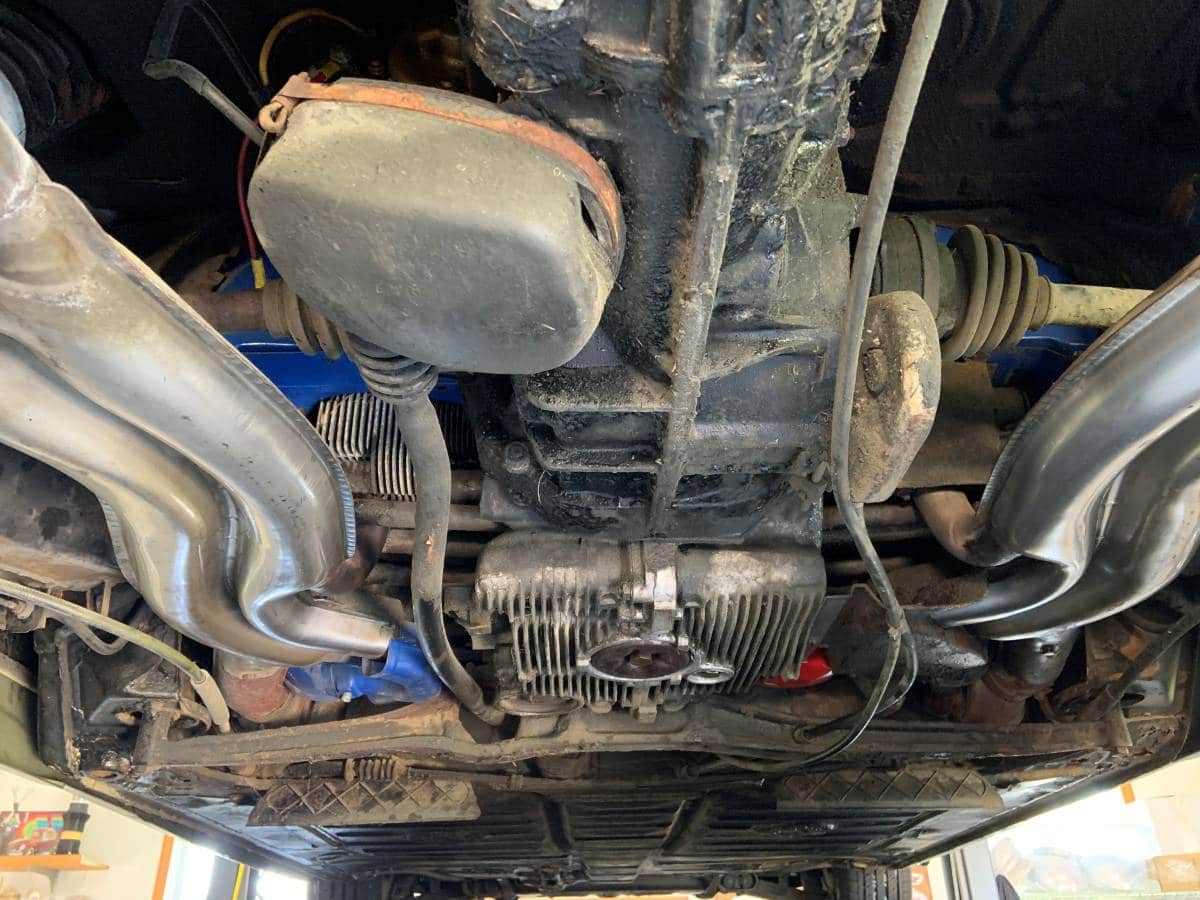 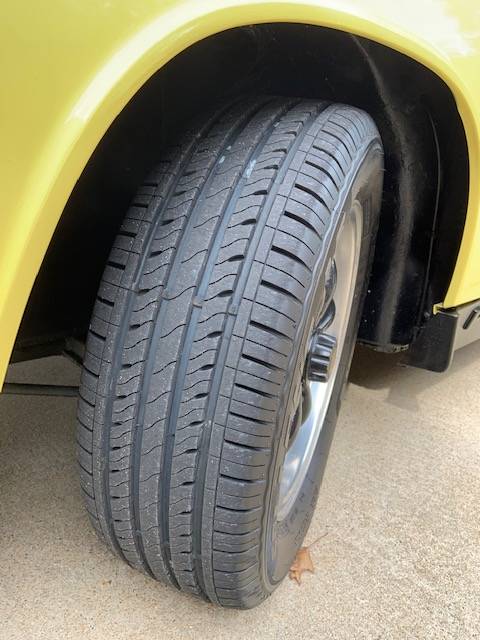 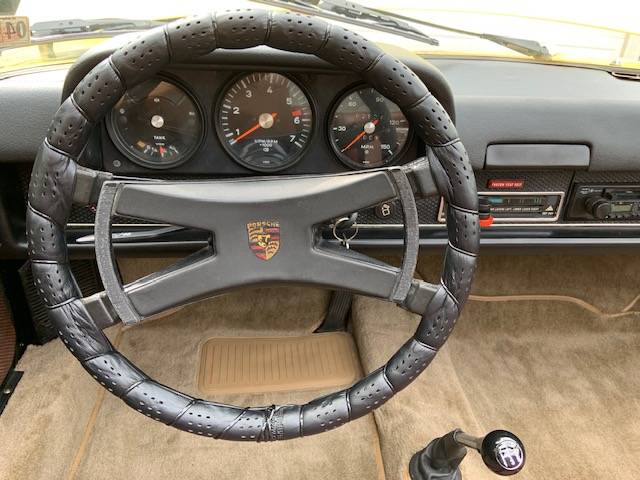 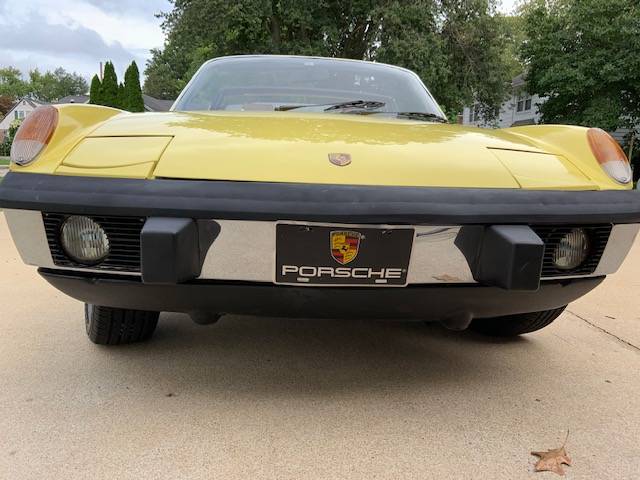 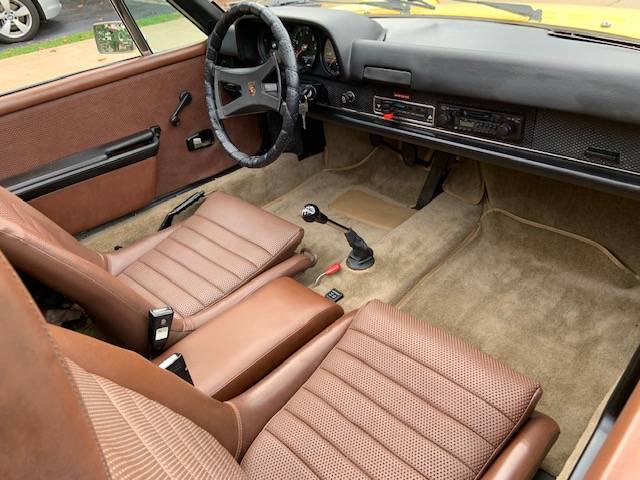 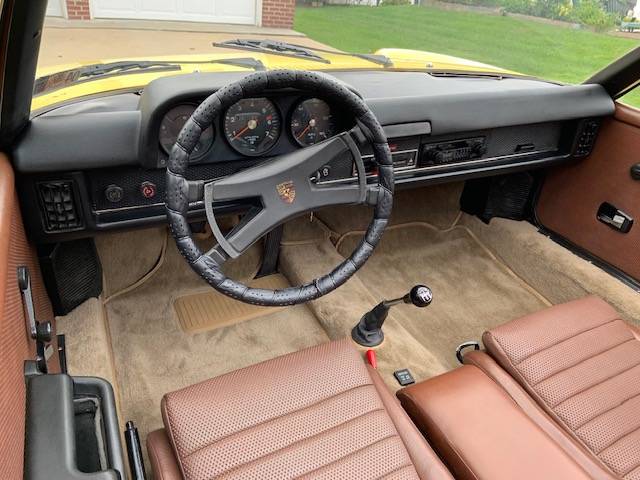 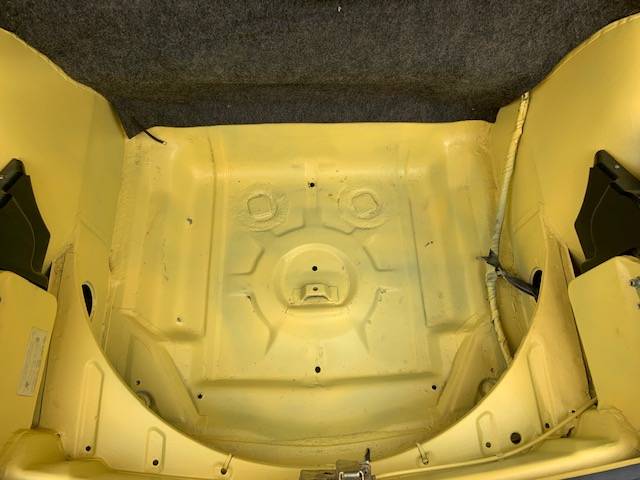 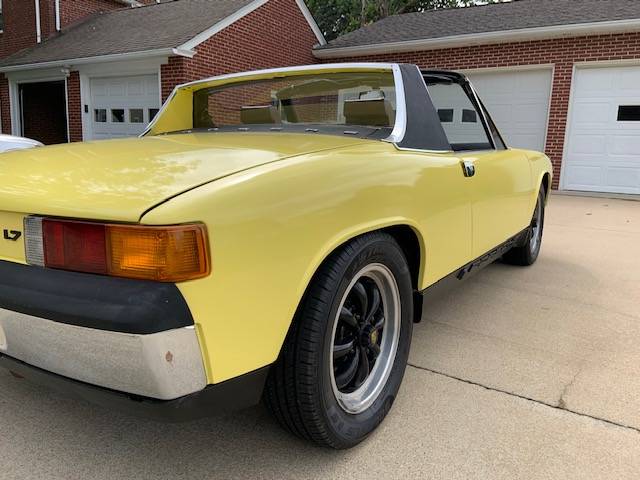 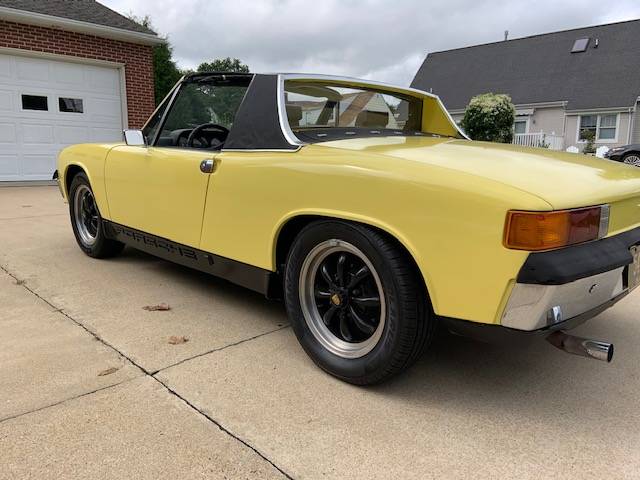 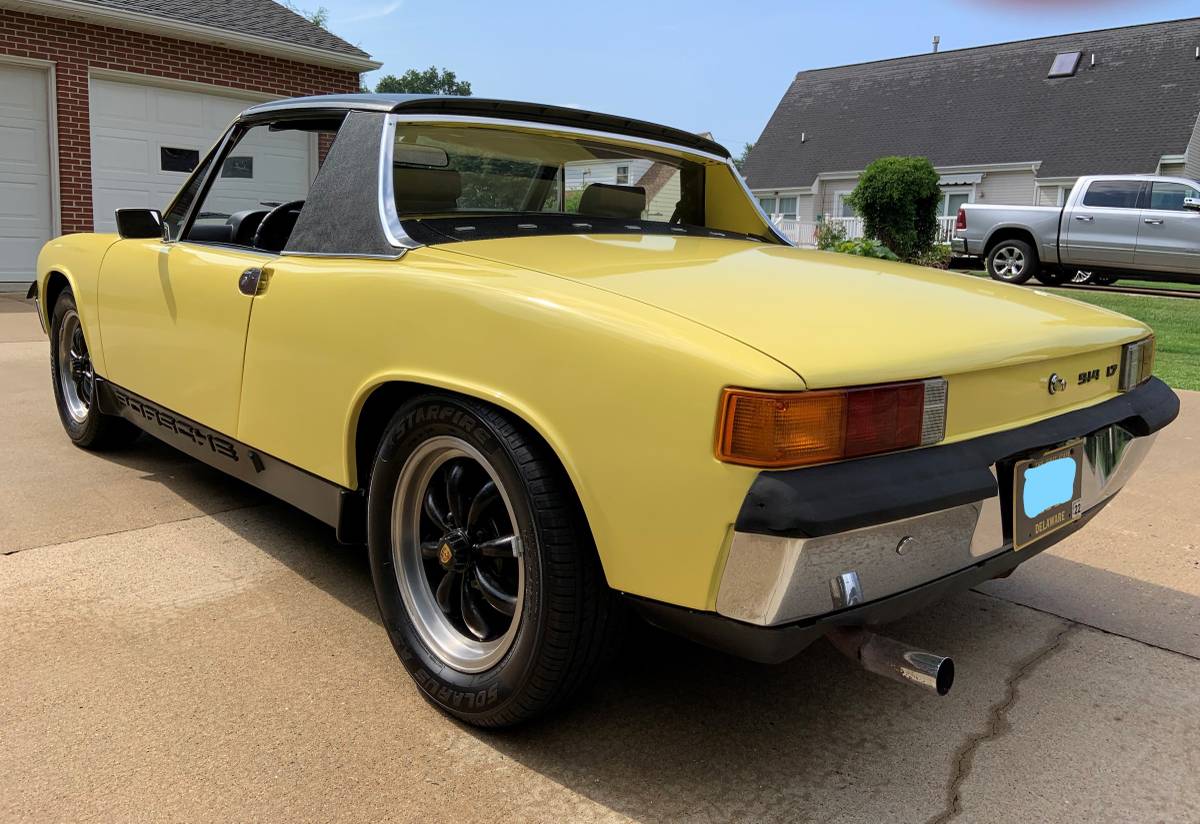 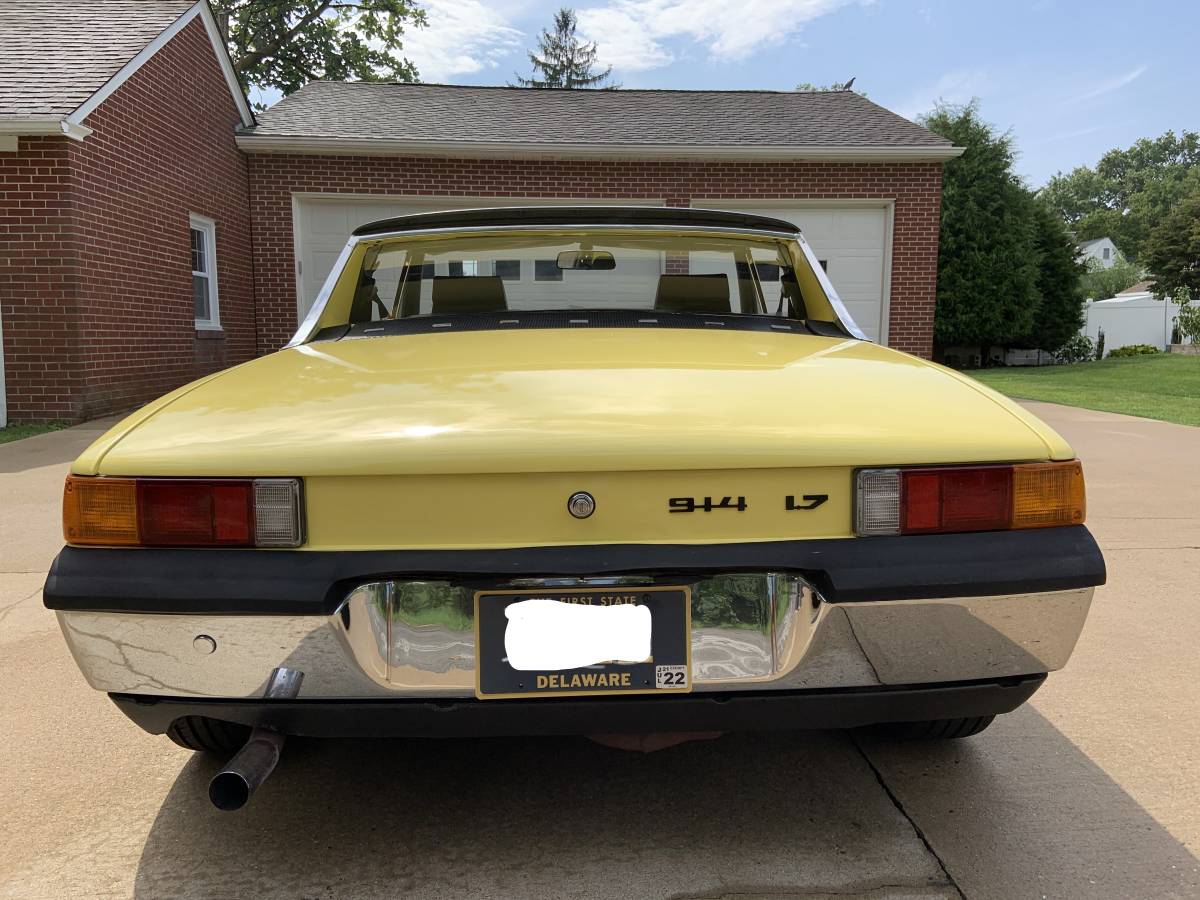 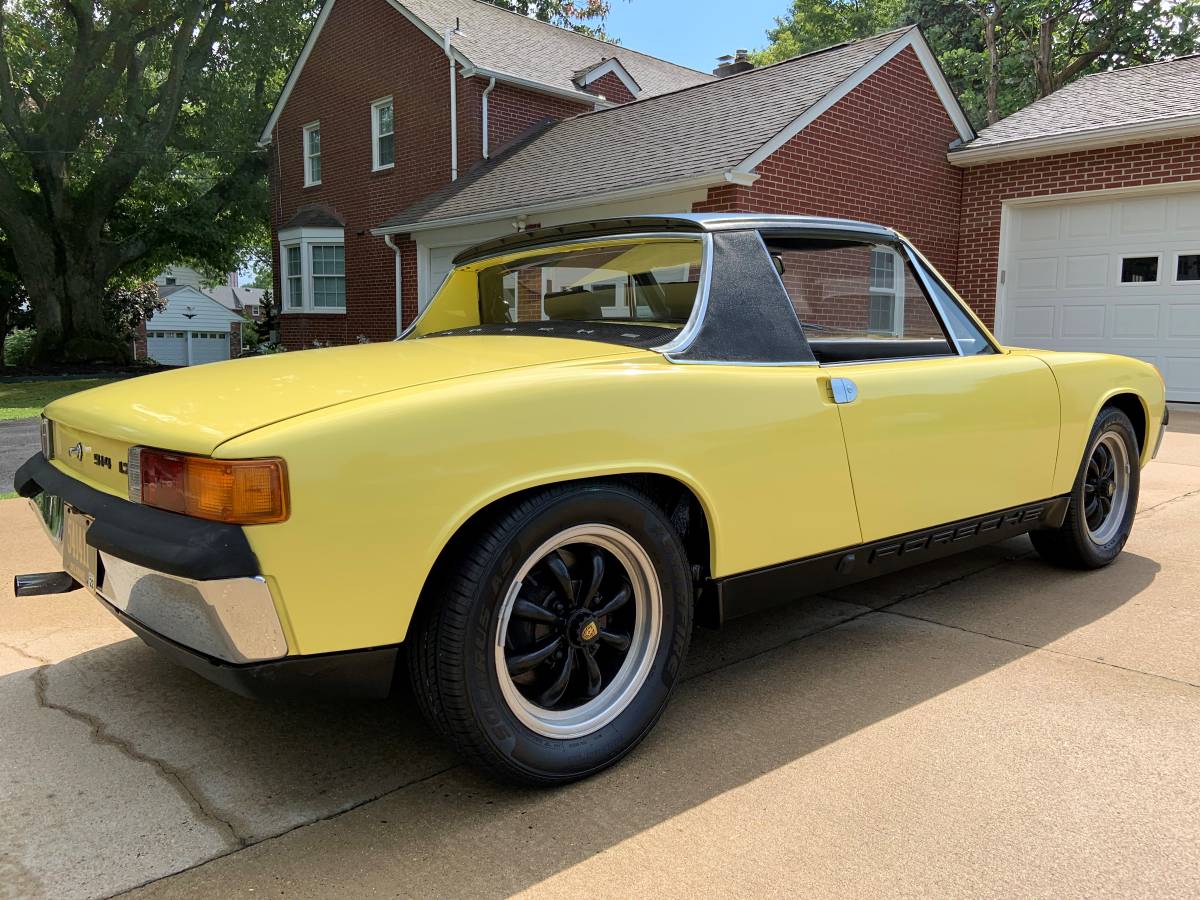 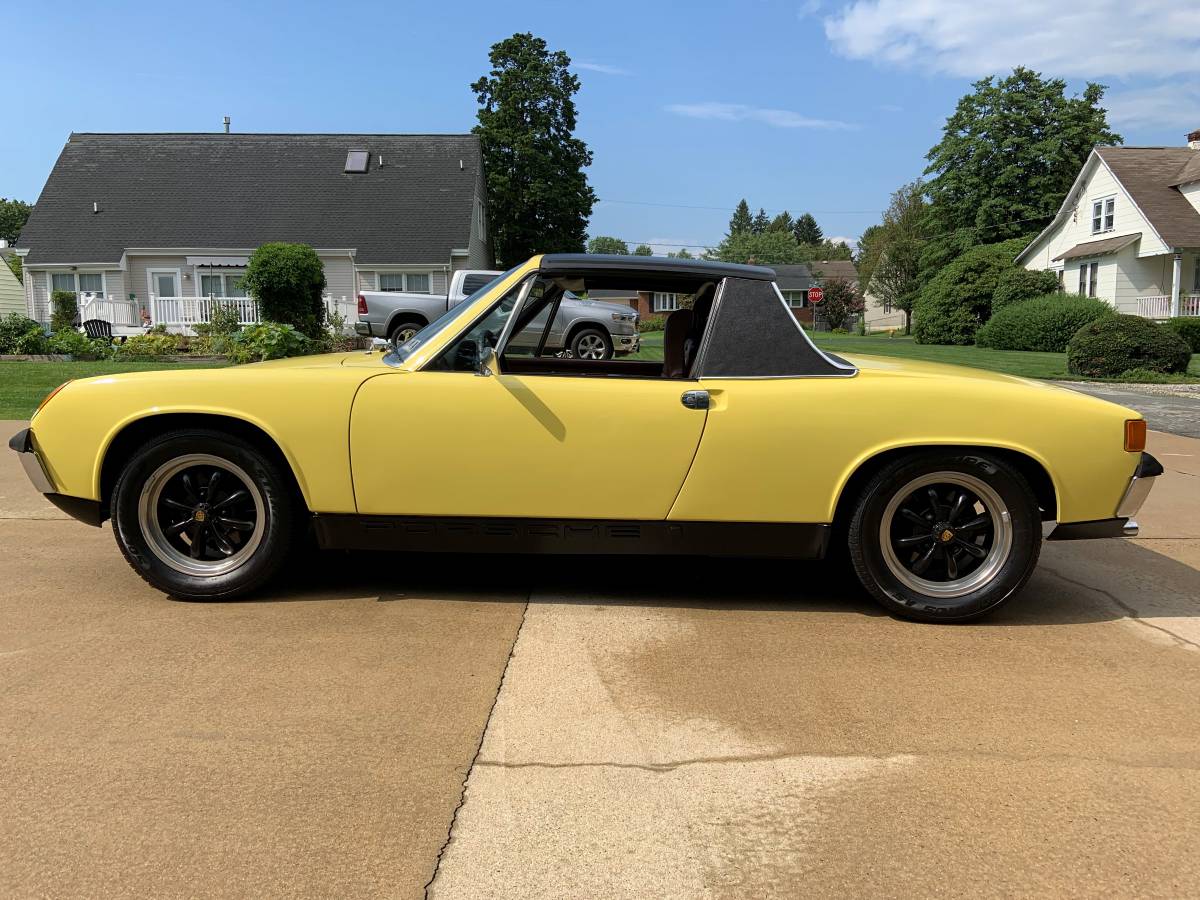 October  3rd Update – At first we thought the other Saturn Yellow ’72 Porsche 914 we first featured elsewhere today was the same car with a $20,000 price change.  We quickly realized the error of our ways and apologized to the seller of that Concours-quality example. In the case of this car, we confirmed the original Craigslist ad expired during the past week, so with no replacement listing found, we’re assuming this one “Sold.”

September 16th Update – Just six days after first posting their Porsche 914, the private seller already reduced their asking price $1,000 to $13,000.  By all accounts, this 914 appears to be a nice driver quality example with no rust issues lurking underneath.

In our humble opinion, we prefer Porsche’s Signal Orange to the Saturn Yellow the company used to paint its 914 air-cooled mid-engined sports car.  Ours is a dissenting opinion as a prior caretaker of this 1973 Porsche 914 just listed recently on Craigslist in Dover, Delaware completed a thorough color change from Signal Orange to the yellow hue seen here. Posted with an asking price of $14,00 or best offer, comparing this ask against the Hagerty Insurance Online Valuation Tool confirms this private seller had their 914 priced $1,000 below the current #3 “Good” appraisal of $15,000.  As a second data point, looking up this car on the Collector Car Market Review website confirms the asking price fell between the #3 “Good” level of $10,800 and the #2 “Very Good” estimate of $16,600.

If you’re interested in buying an affordable, restored, driver-quality air-cooled Porsche, this 914 makes a great entry-level prospect that gains you admittance to any Porsche-themed or PCA event.  Good luck with the purchase!

“Up for sale is a very solid and straight 1973 Porsche 914 in very nice condition with minimal rust. The area under the battery is solid as is the body with no dings/dents/stone chips. The brown interior has been restored. The car has new tires and is fitted with dual Weber carburetors. Targa top is in beautiful condition and stores perfectly in the trunk. The chrome bumpers are rust-free. The original color was orange; however no obvious evidence of the original color. The car runs, shifts, and drives excellent and all electrical is in working order. The tachometer and odometer do not work, so true mileage unknown. $14k / OBO“