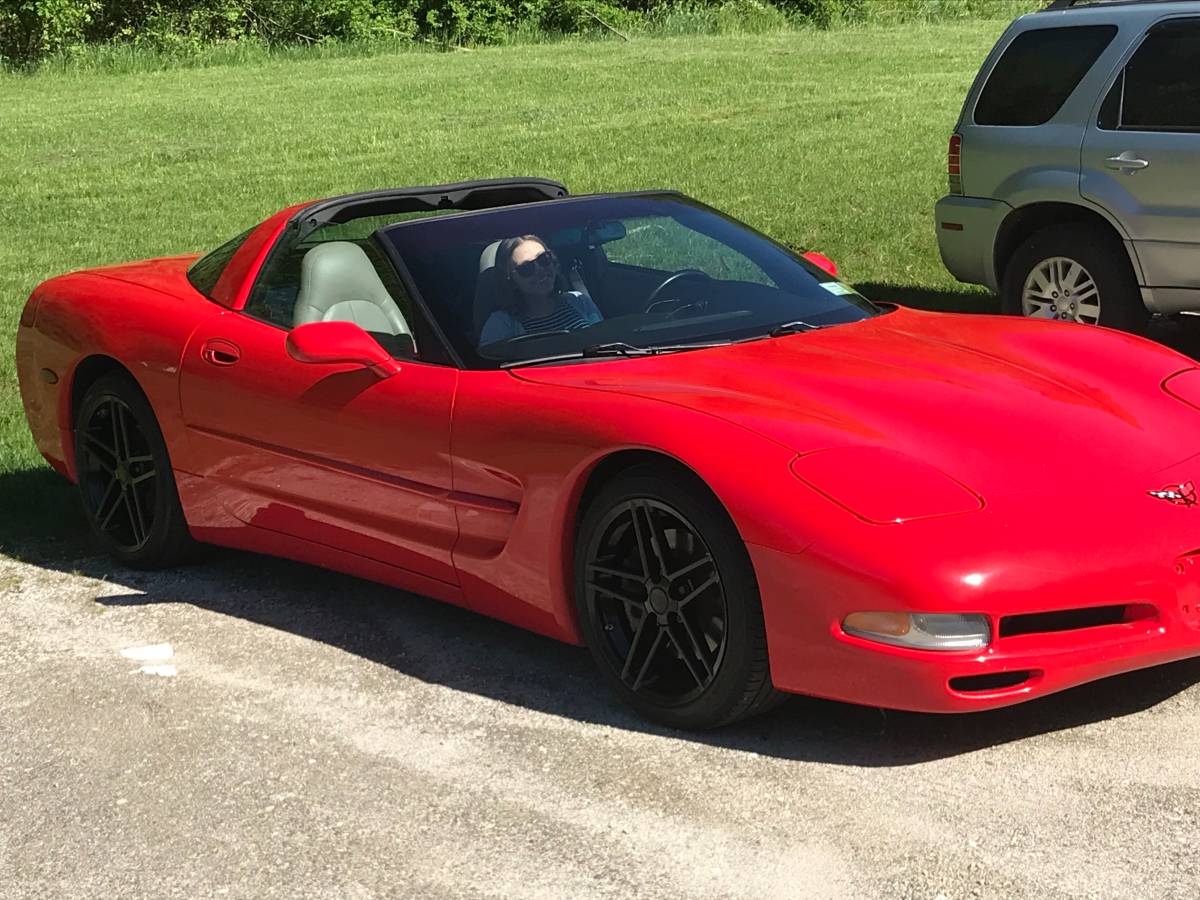 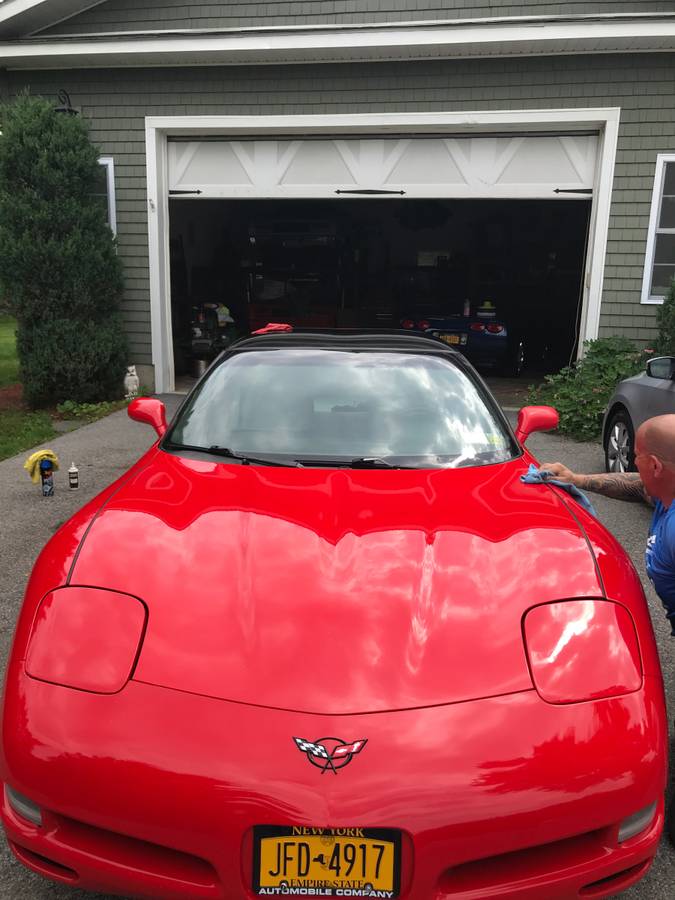 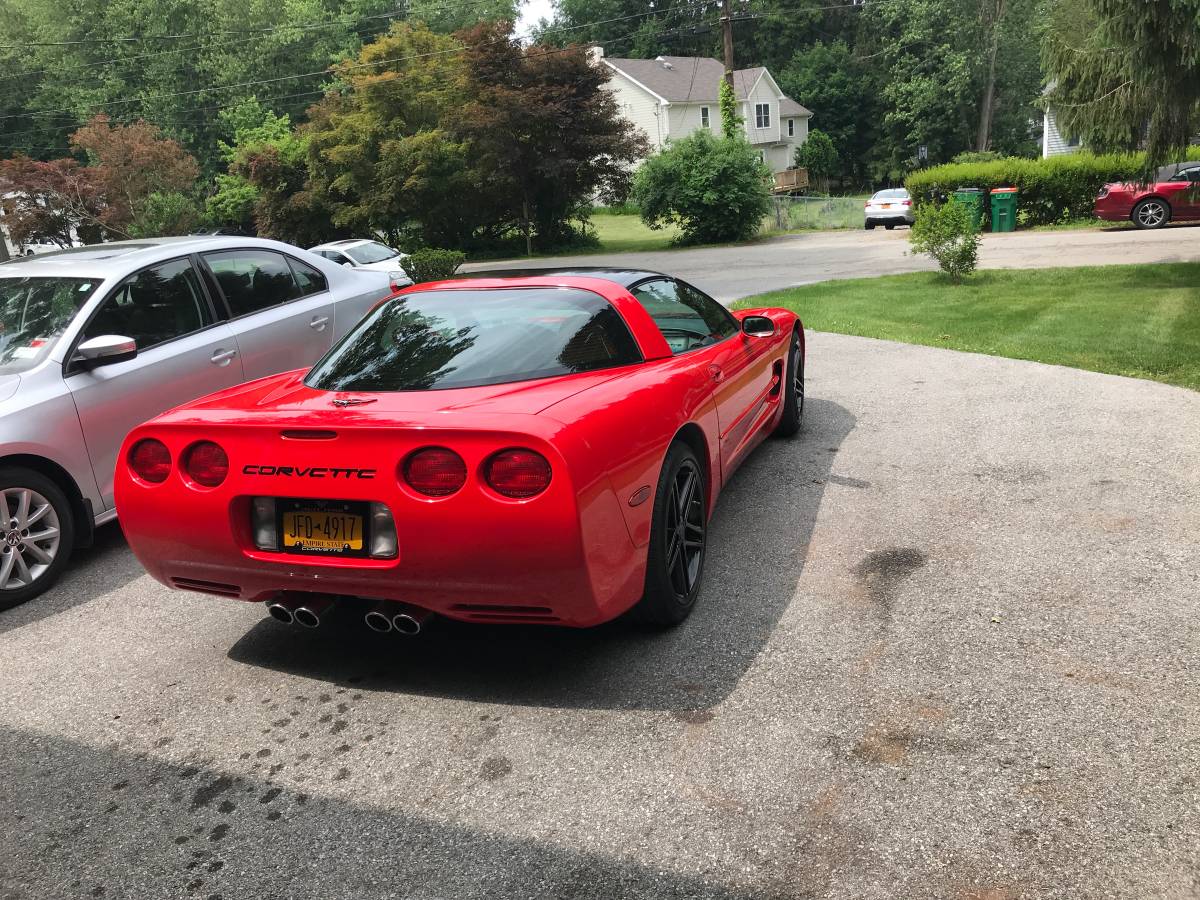 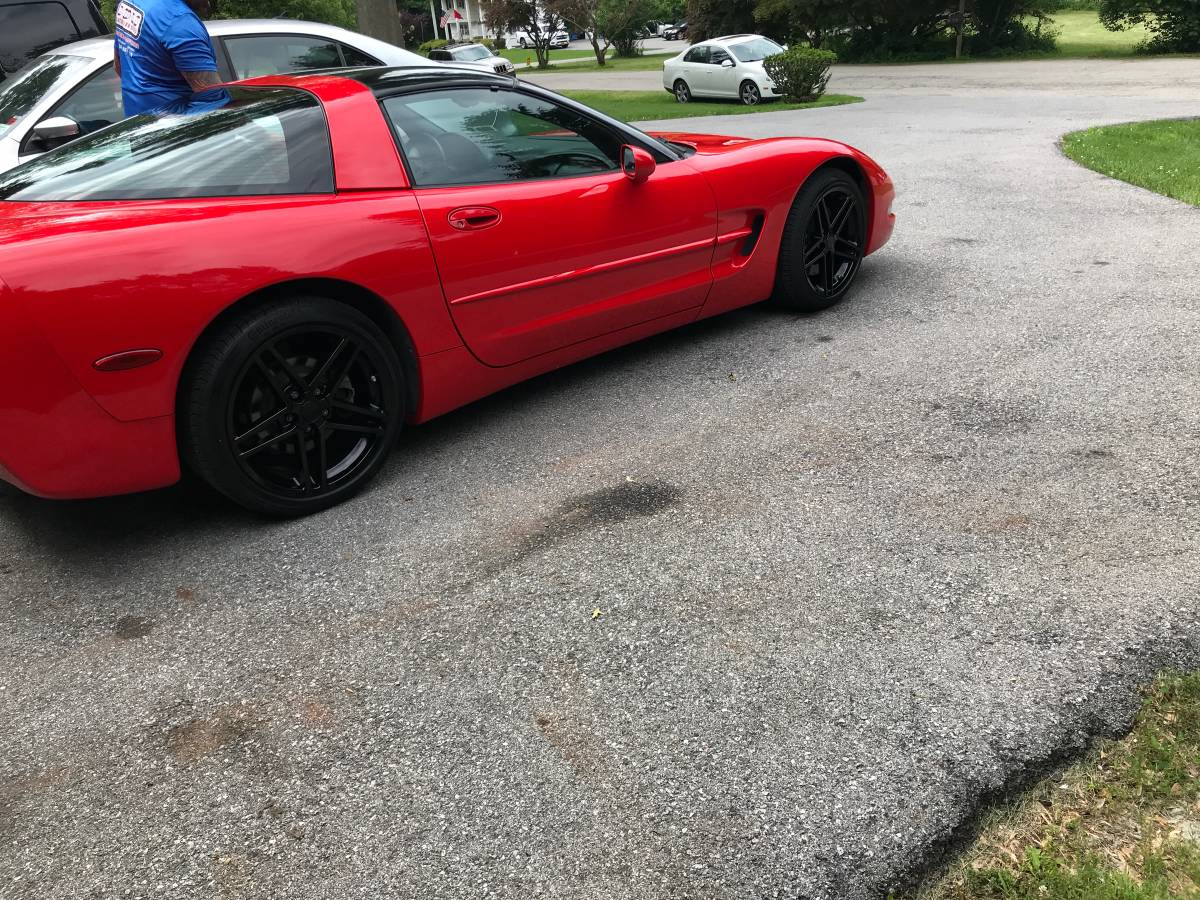 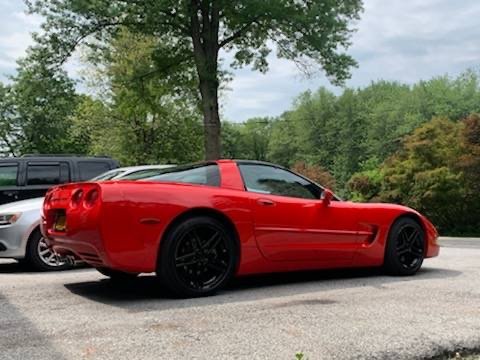 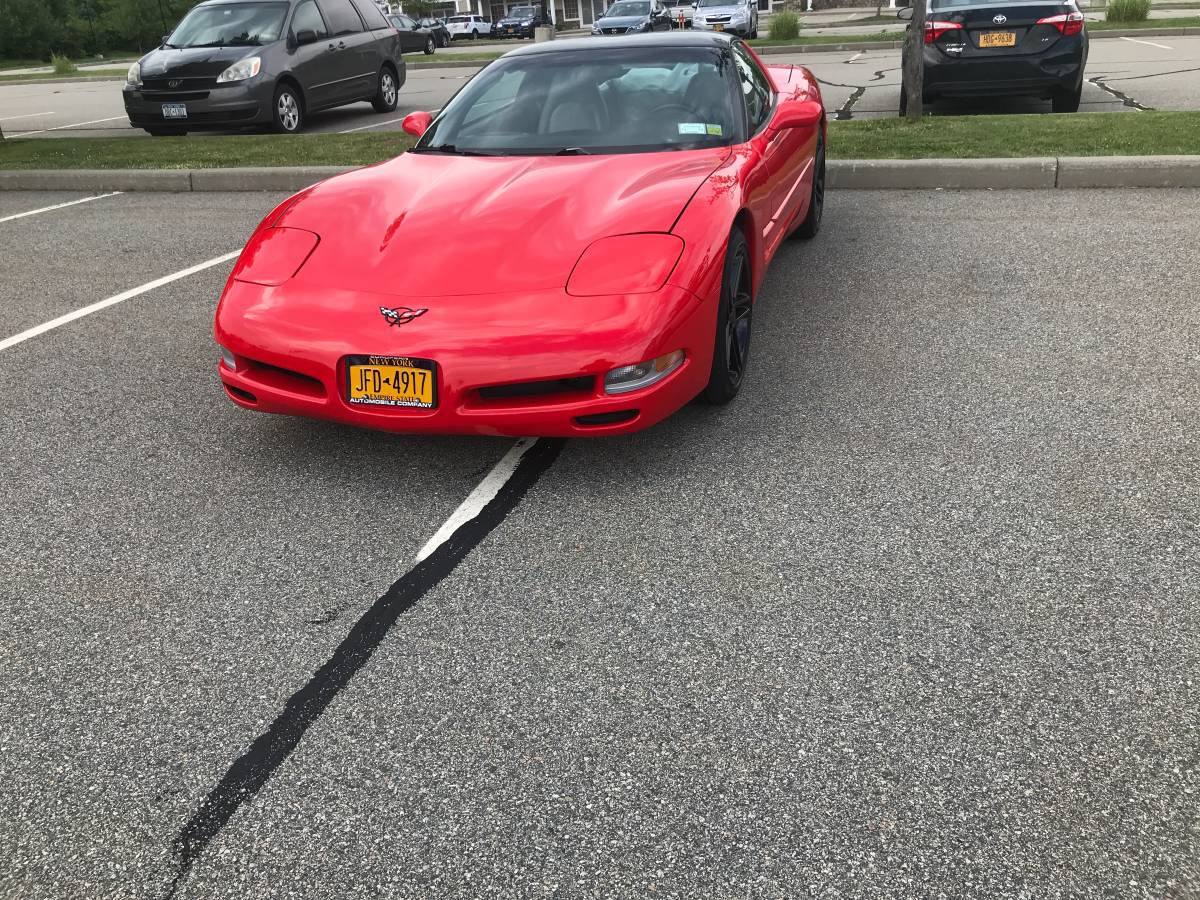 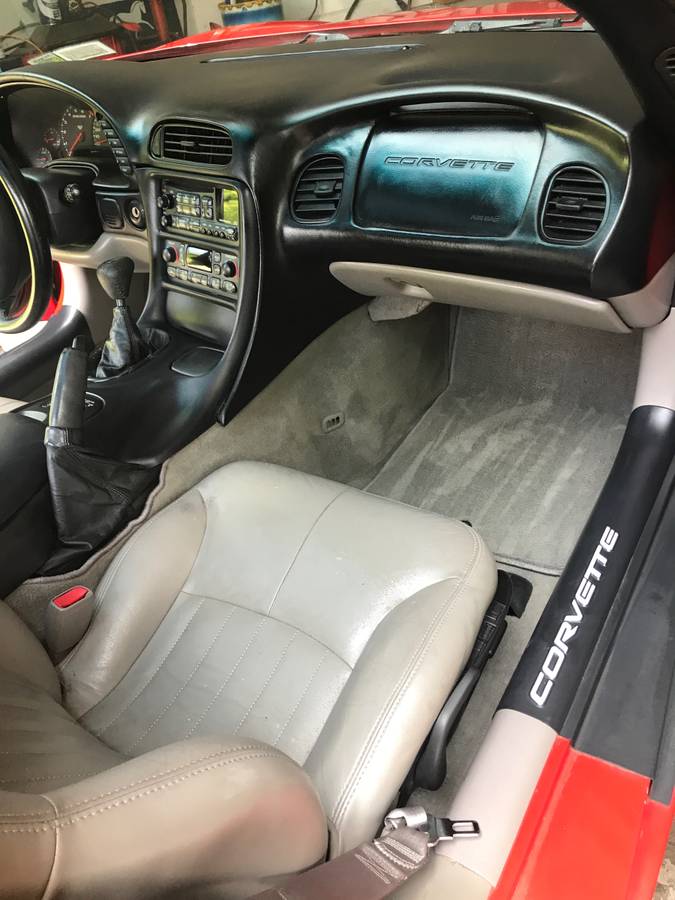 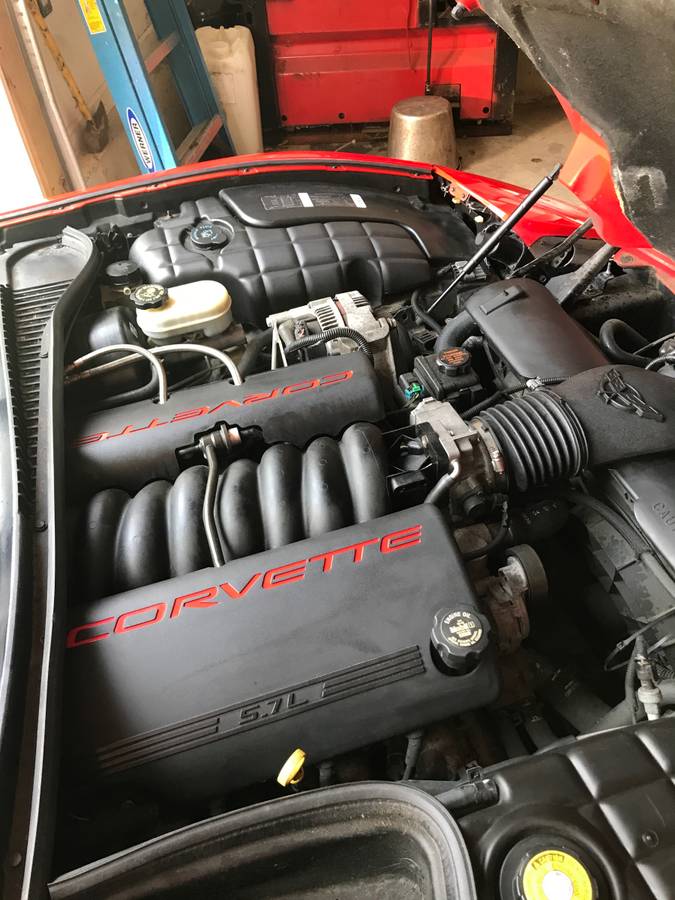 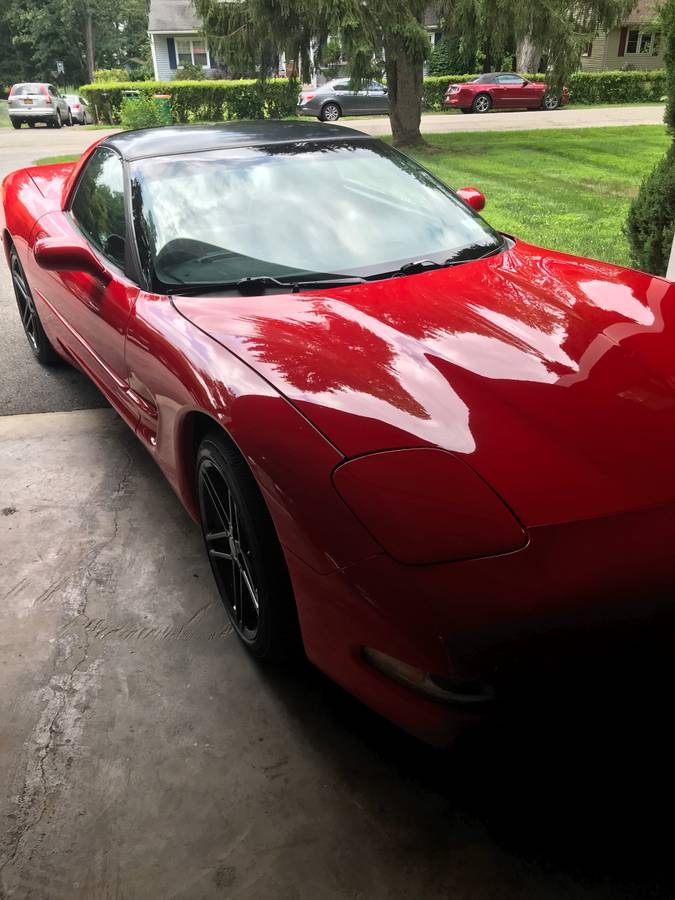 November 6th Update – We just confirmed the Craigslist ad for this car expired and with no replacement listing found, we’re assuming this car sold.  This one may have got away, but if you have your heart set on something similar, email us the details of what you’re looking for or call Rudy directly at (908)295-7330

While we have an appreciation for all vintages of classic cars, the period of 1997 through about 2003 will forever be our favorite as its the sweet spot of great performance, unparalleled reliability, and the ability to still fix most items while providing the diagnostic capabilities of OBDII to even the home mechanic for most vehicles.  Even better right now is the fact this era of cars likely has hit the rock bottom of their respective price depreciation curves.  A prime example is this 43K original mile Torch Red 1997 C5 Corvette Coupe equipped with a six-speed manual listed recently on Craigslist in Poughkeepsie, New York with an asking price of $15,000.   Comparing this price against the Hagerty Insurance Online Valuation Tool confirms this private seller has his C5 Coupe priced between the #3 “Good” appraisal of $16,300 and the #4 “Fair” (Daily Driver) estimate of $11,900.

The Corvette C5 wasn’t supposed to happen.  By 1992 the now eight-year-old C4 Corvette was selling poorly and with GM not doing very well as a whole, funding and resources for that car’s badly needed replacement ended up getting redirected to higher volume endeavors.  It took the entrepreneurial spirit of true car guys Joe Spielman, Russ McLean, and Jim Perkins to work the internal GM system with possible career-ending creative funding to build the C5 prototype with its hydroformed steel frame and rear-mounted transaxle hidden under a C4 body.  Providing senior leaders with convincing rides in that prototype combined with passionate presentations of why GM had to keep Corvette going, albeit more profitably, convinced GM’s North American Strategic Board (“NASB”) to give the green light for the C5 program in 1994 to enter production for the 1997 model year.  Produced from 1997 through 2004, the C5 Corvette was a major move forward the brand in terms of performance, noise, vibration, and harshness (“NVH”), handling, and passenger comfort.  The investment paid off as the C5 Corvette would up being one GM’s few brights spots during that period.

The C5 Corvette featured a hydroformed box frame, a design that offered an improved structural platform, especially for a convertible body style. Engineers relocated the transmission to above the rear axle line to form an integrated, rear-mounted transaxle assembly to improve handling and increase interior space. Connected to the all-new LS1 engine via a torque tube, the engine/transmission arrangement enabled a 50-50% front-rear weight distribution. The now-legendary LS1 engine initially produced 345 horsepower that was now mated to Borg-Warner T-56 6-speed to provide a 175 mile per hour top speed. Relative to the C4, the new platform and structural design substantially reduced squeaks and rattles.

The C5 Corvette launched in 1997 with only a Targa-topped coupe.  The model year 1998 saw the introduction of the convertible version (the first Corvette to offer a trunk since 1962) in the fall followed by the launch of the Fixed Roof Coupe (“FRC”) in the spring. The LS1-powered C5 Corvette could return excellent fuel economy when the driver kept their right foot off the gas.  In fact, the manual-equipped car is capable of achieving nearly 30 miles per gallon on the highway.  However, when fuel economy didn’t matter to the driver, the C5 Corvette achieved a very respectable 0-60 time of 4.5 seconds and could do the standing quarter-mile in the low 13s.

Unlike its traditional fiberglass-bodied predecessors, the C5’s modular body panels use a lightweight Sheet Molded Composite (“SMC”), a type of fiberglass that is blended and bonded with plastics. SMC provides better protection against direct blows because it is very stiff and will not dent. The floorboards on the C5 are a composite consisting of SMC with balsa wood in the middle. Balsa wood was chosen for its stiffness, lightweight, and sound absorption qualities. The all-aluminum LS1 overhead valve engine is much lighter than its bi-metal (cast-iron block, aluminum heads) predecessor, the LT1, and provides for a much lower hood line when compared to an overhead cam design of relative displacement. The composite leaf springs are much lighter and sit much lower than typical coil springs and help provide the C5 with its smooth ride characteristics and low ride height.

When production ended in 2004, both the C5 Corvette and the Lotus Espirit earned the distinction of being the last production cars to feature pop-up headlights.

Here is MotorWeek’s original review of the  then-new C5 Corvette back in 1997:

Personally, we’re not big fans of the black wheel craze, and on this C5 it just makes the sides of the car look like it has two empty half circles. However, since they are shod with brand new tires, we’d likely leave them on for a while while we sourced a set of the correct original rims. Otherwise, this low mileage car presents well based on the pictures provided, so as long as a pre-purchase inspection (“PPI”) doesn’t reveal any hidden problems, this is a fantastic performing Corvette at an affordable price.  Good luck with the purchase!

“This Vette is what you have been looking for!!! 6-speed transmission, Targa top, 5.7L V8, brand new expensive tires, and new rims! Only 43K miles!“