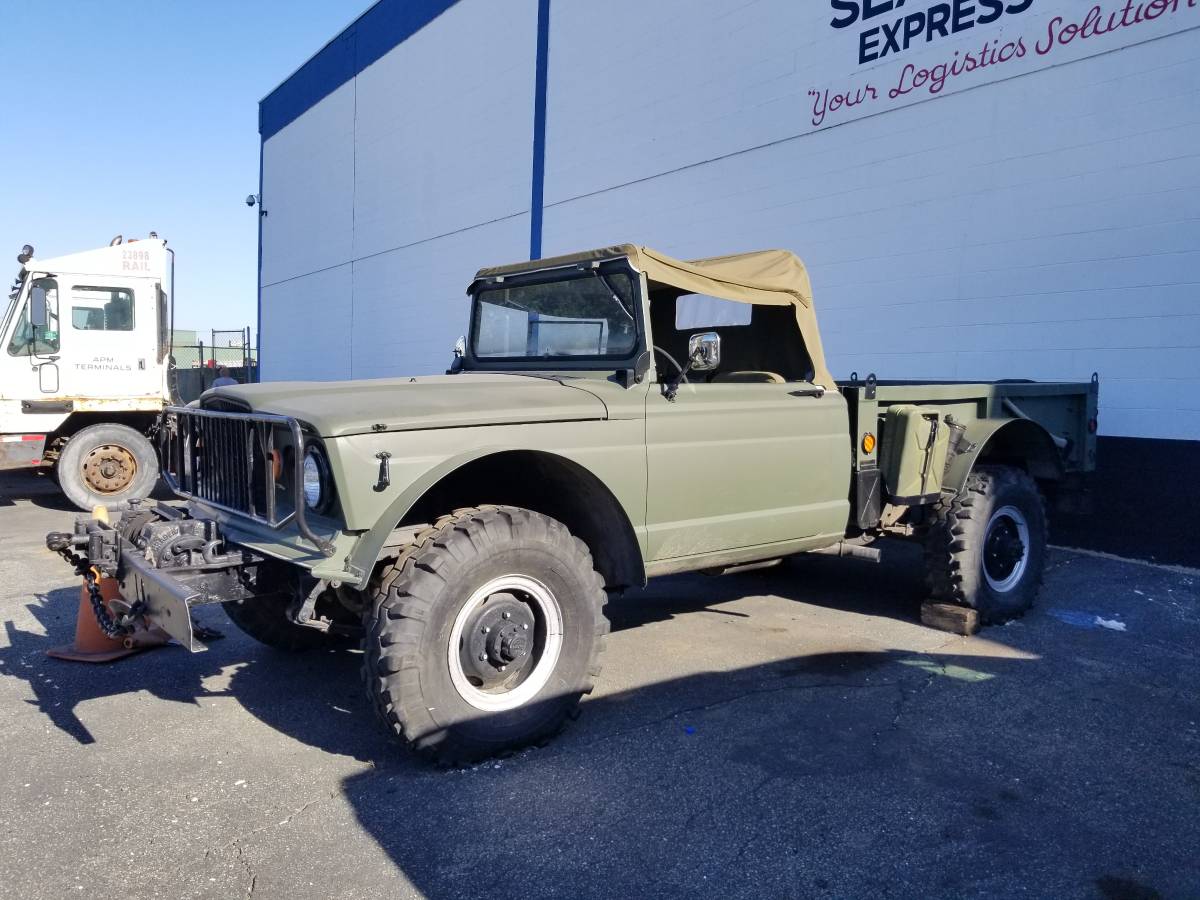 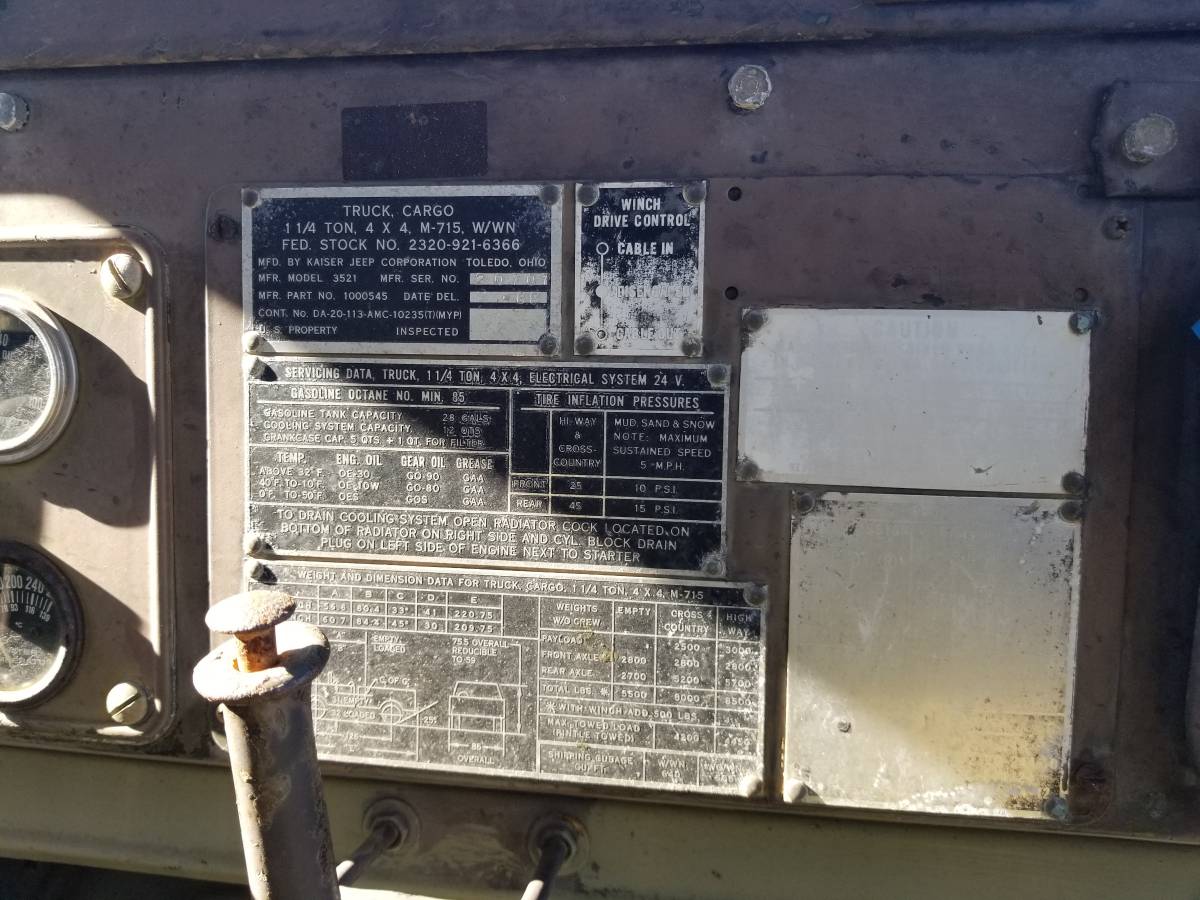 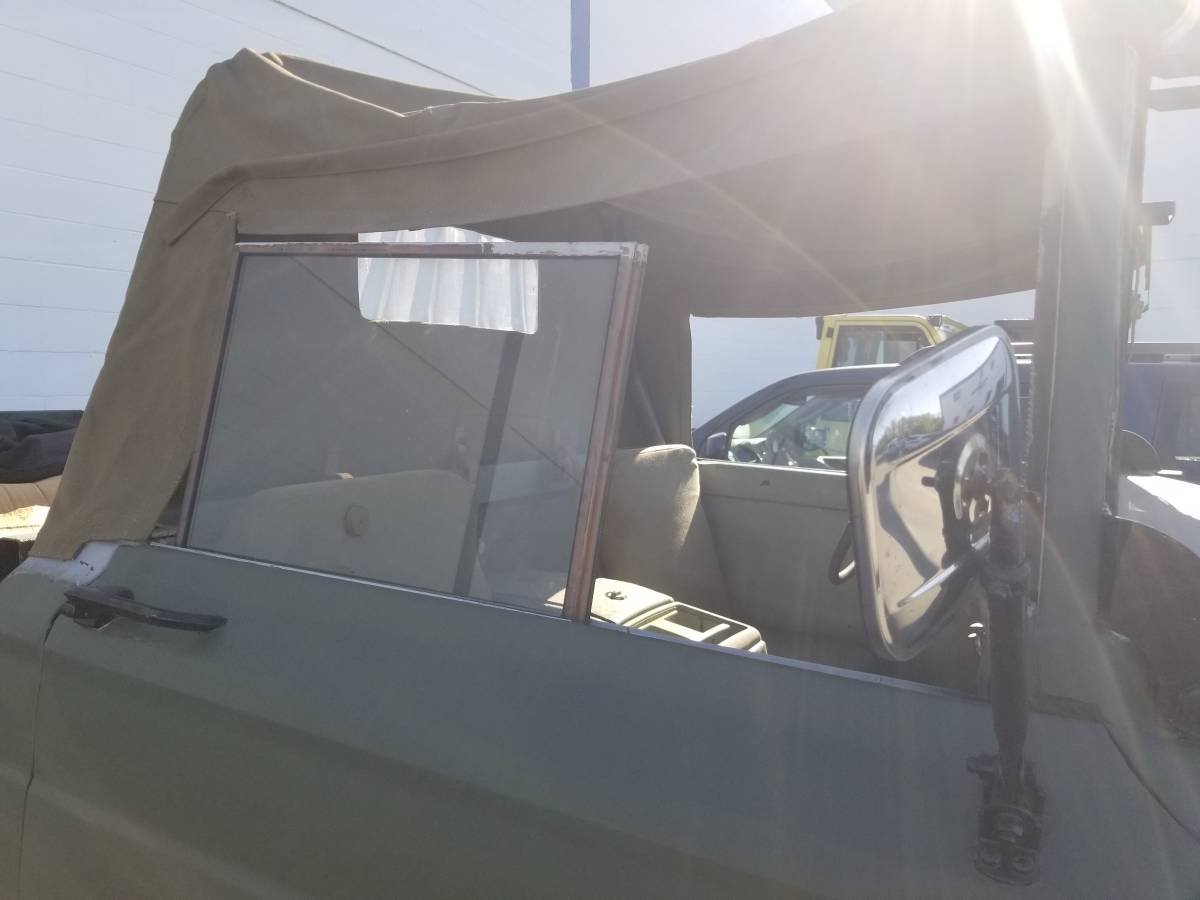 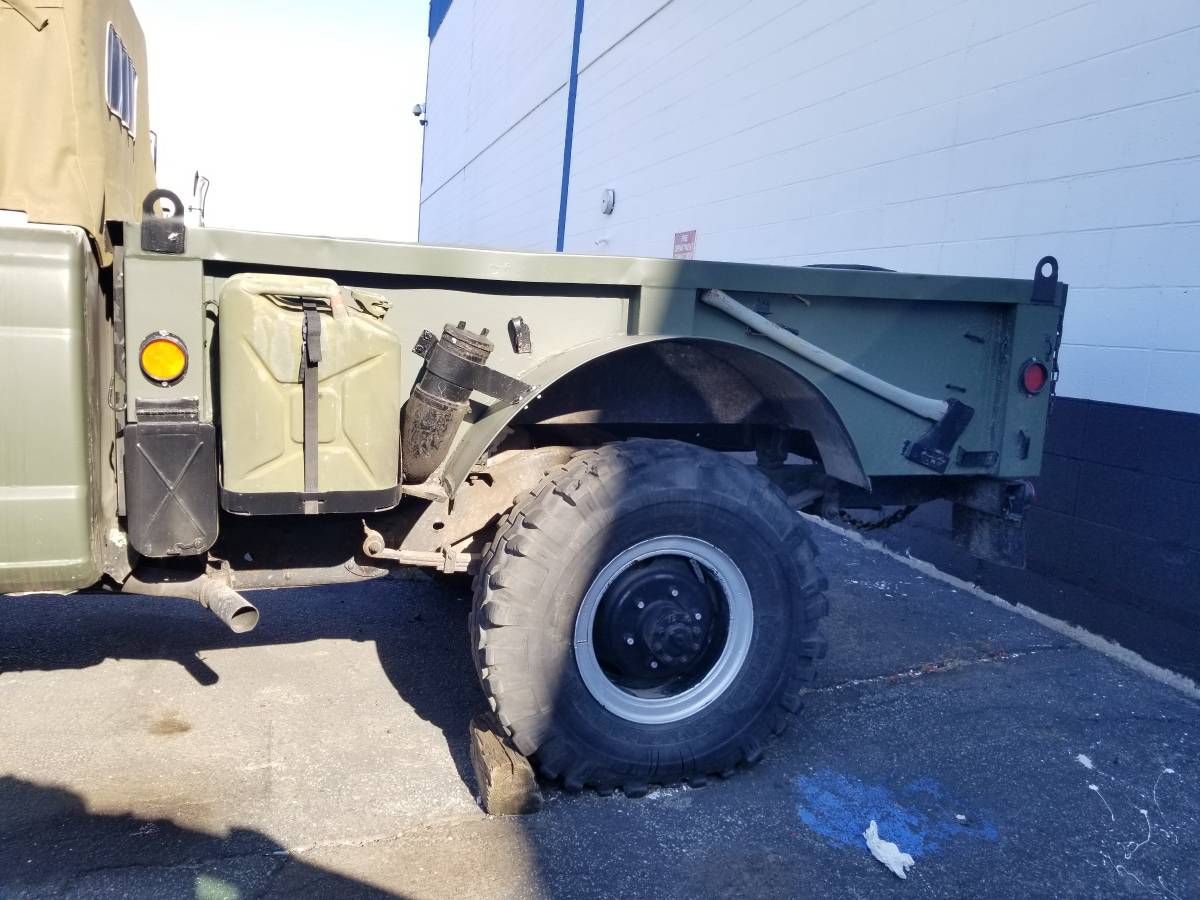 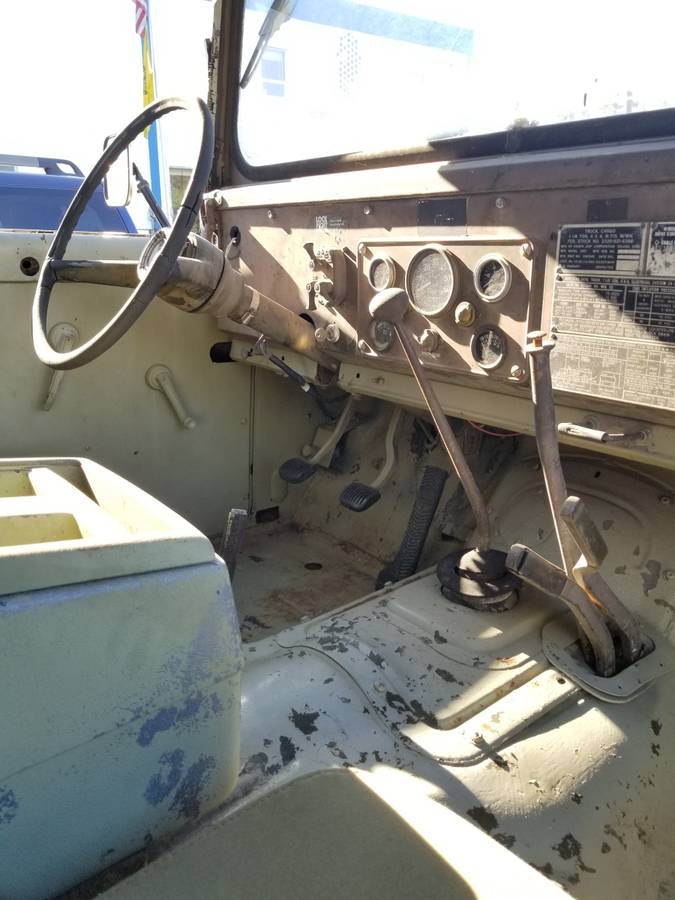 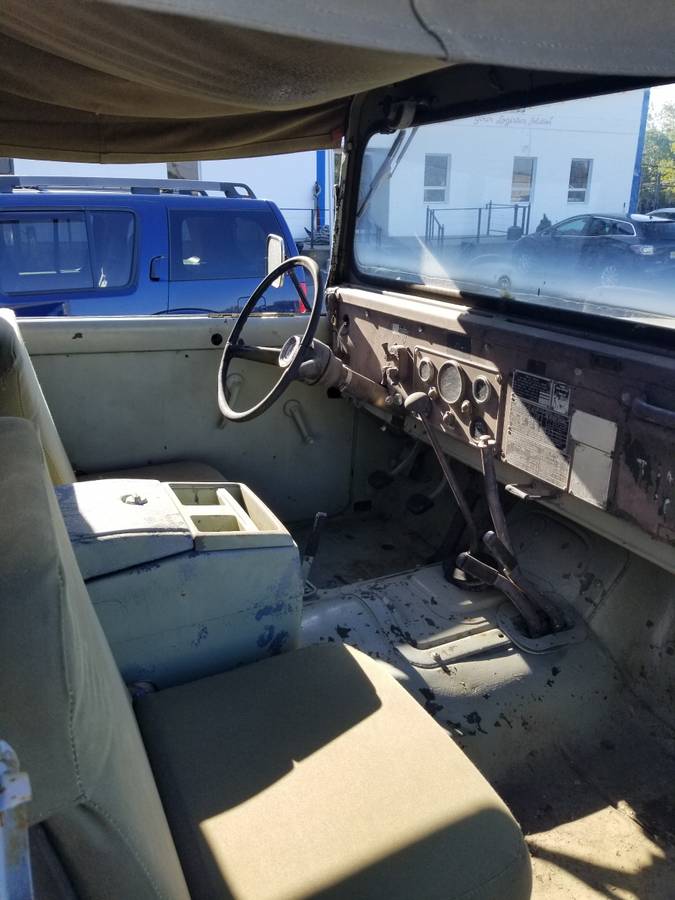 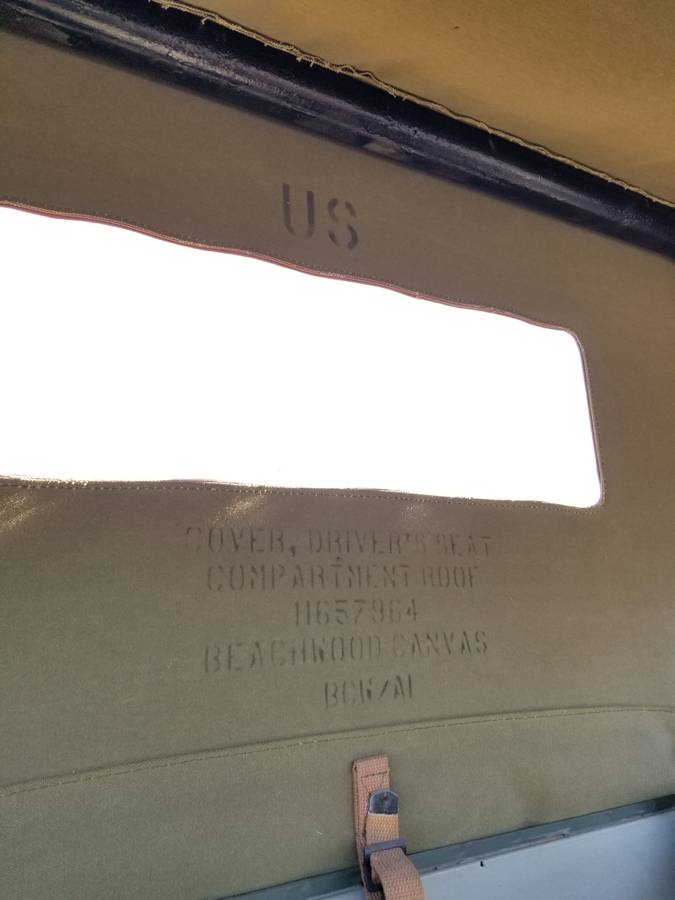 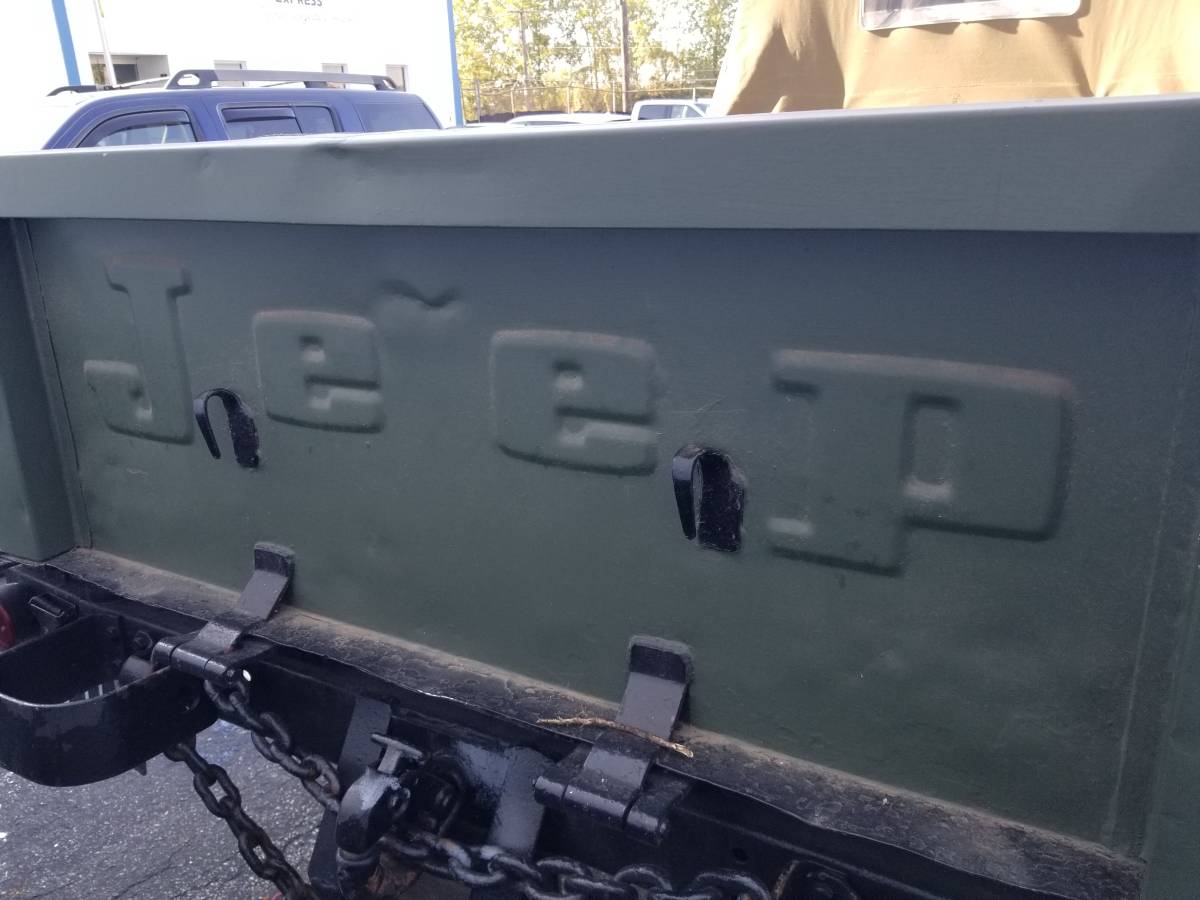 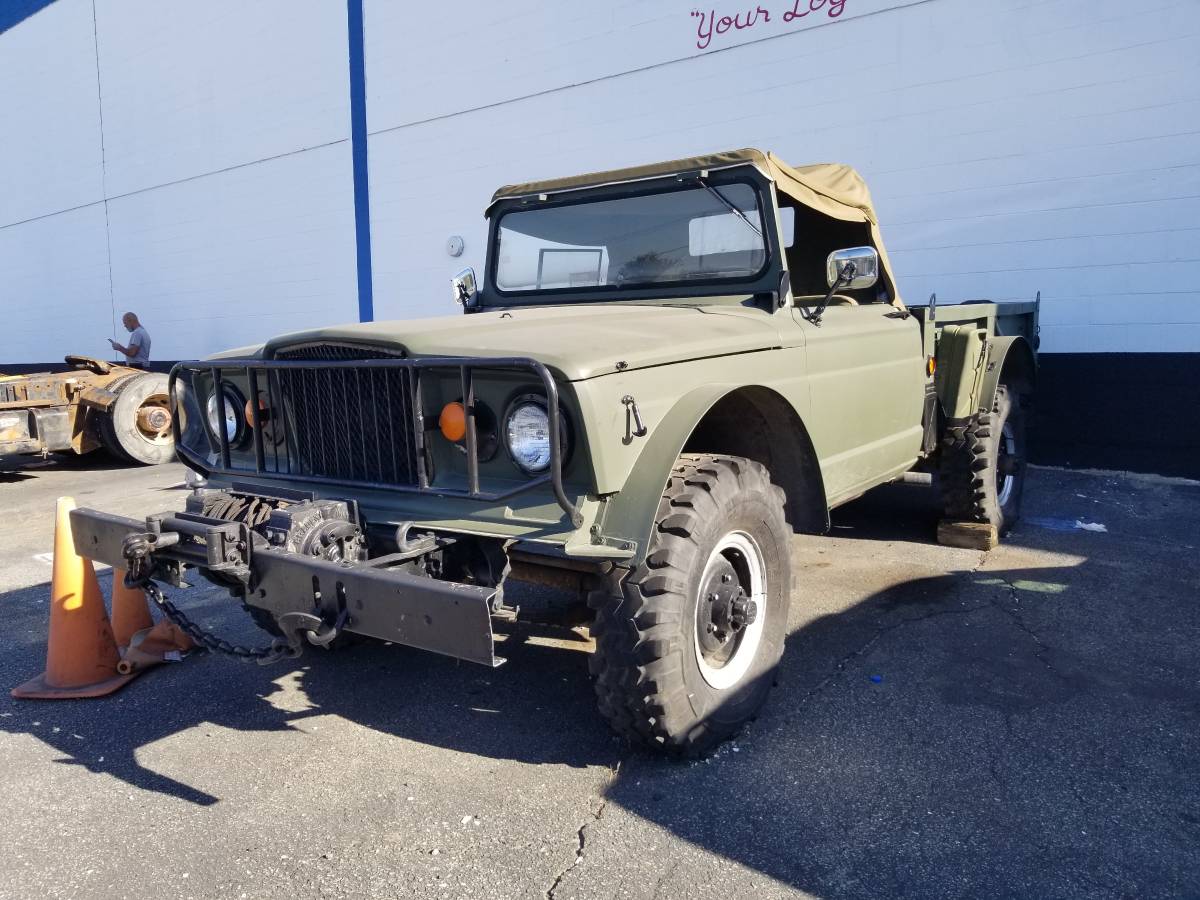 Military Vehicle contracts can be a lucrative business for truck manufacturers if they get it right. An example that didn’t was the Kaiser Jeep M715 such as this 1968 example originally listed on Craigslist in the Fall of 2020 in Bayonne, New Jersey with a limited description and an asking price of $9,500.

Kaiser Jeep produced a light military version of its civilian Gladiator pickup truck from 1967 to 1969.  The most noticeable difference between the Civilian and Military versions was the latter’s convertible top.  The M715 was sometimes called the “Five quarter (ton)”, for its 1-1/4 ton payload rating. In a departure from its purpose-built predecessor, the Dodge M37, the M715 was the first “M”-series U.S. tactical vehicle to use primarily commercial components; the first in a series of militarized commercial off-the-shelf (“COTS”) vehicle procurements.

From 1967 to 1969, Kaiser produced slightly more than 30K  M715 trucks at their Toledo, Ohio, plant. Another fun fact:  the M715 230 cubic inch, better known as the “Tornado Six”, has the singular distinction of being the first mass-produced overhead cam automobile engine made in post-World-War-II America.

The M715 family saw service in Vietnam, the Korean Demilitarized Zone (DMZ), and European bases. Unfortunately, the Tornado Six proved very reliable due to lack of knowledge on the overhead cam design and lack of maintenance. They had been dropped from civilian models by 1968. The M715 series also suffered from excessive oil consumption. The M715 vehicles that had front winches were dangerous in rough cross country use because the winch drive shaft would sometimes separate from the winch, the shaft would then foul the truck’s steering, causing loss of control. The 1968 Models sent to Korea also had improperly welded frames causing the frame to break. This led to the vendor hiring a Korean company to repair several hundred trucks held in depot stocks. By 1970 most of the 1968 models in Korea were in cannibalization yards, being used as a source of parts, to keep the later model trucks running.