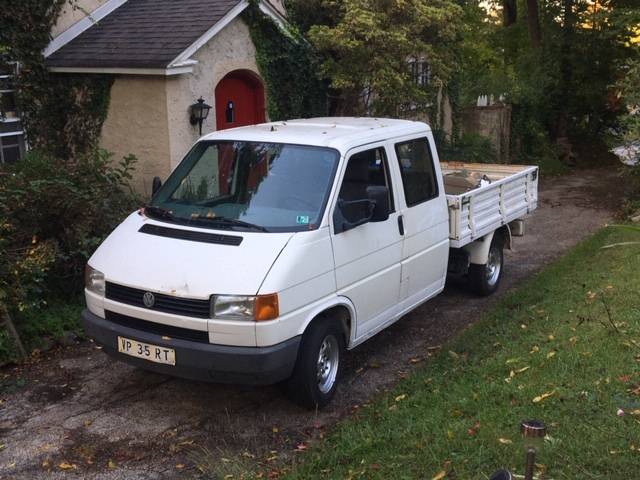 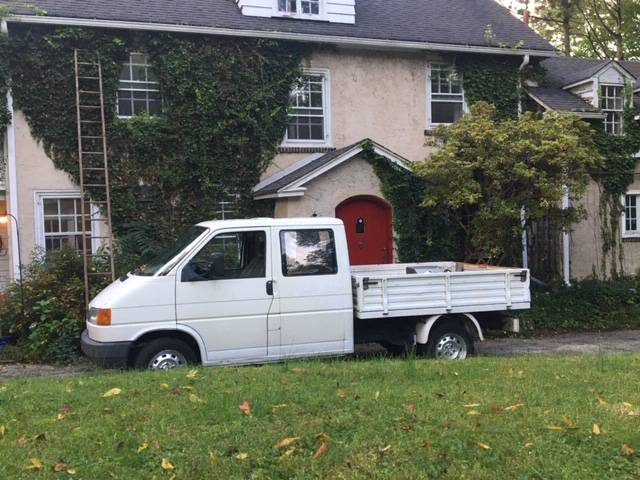 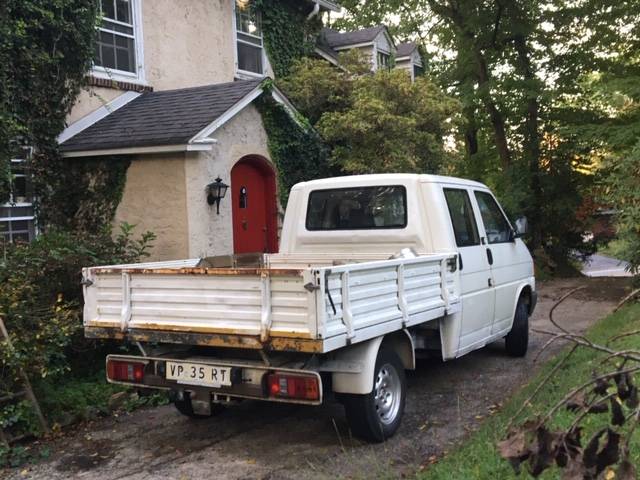 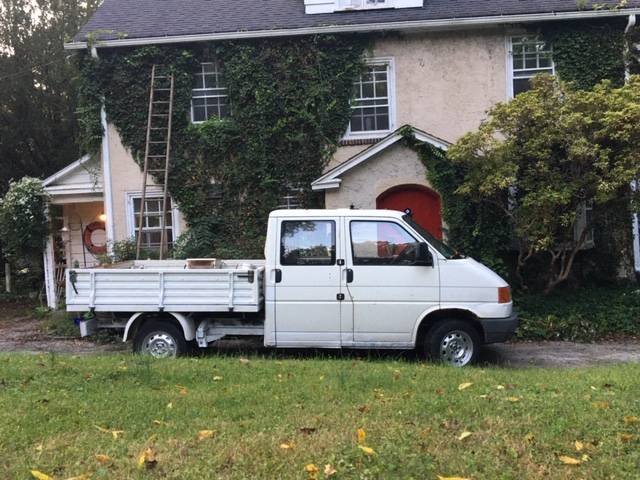 After decades of building rear-mounted air- and water-cooled Transporters, Volkswagen succumbed to emissions and consumer tastes when they launched the all-new, front-engine, water-cooled T4 Transporter line for the 1990 model year.  While the U.S. Federal Government’s “Chicken Tax” made it economically unviable for VW to import any T4 truck version when new, the 25-year exemption now has us coming across pickup models such as this two-wheel-drive “Doka” (German for “Double”) originally listed on Craigslist in the fall of 2020 in Wayne, Pennsylvania an asking price of $9,750.

Introduced in 1990, the T4 was the first Volkswagen van to have a front-mounted, water-cooled engine. Prompted by the success of similar moves with their passenger cars, Volkswagen toyed with the idea of replacing their air-cooled, rear-engined T2 vans with a front-engined, water-cooled design in the late 1970s. The reasons for deciding in 1980 to instead introduce a new rear-engined T3 are unclear. Thus, the introduction of a front-engined layout was delayed until the arrival of the T4. After a run of nearly 14 years, T4 production ceased in 2003, making it second only to the T1 for length of production in its home market.

While not as popular as the rear-engine T3s equipped with VW’s Synchro four-wheel-drive system, this two-wheel-drive example will still make a unique hauler you just don’t see on the roads that often. Good luck with the purchase!

“I am selling my 1990 VW Transporter “DOKA” pickup, I purchased it in Neimegen, Holland about three years ago, and have been driving it there until about six months ago when I brought it over to the US. It was owned by the local council, and they maintained it very well, performing all of the required servicing over the years; it really runs like a new truck. No accidents, straight and true. Five speed gearbox, 1.9L diesel four cylinder engine, 229k KM’s (137k miles), newer timing belt, fresh oil and filter, 2 keys, all door locks work, excellent brakes, superb smooth power steering. Blaupunkt stereo, storage under rear seat. Handles in the corners (almost) like a Jetta. Paint is original, and has some slight dings here and there, frame is absolutely solid and superb. I have been driving it here quite a bit, and I would trust it to head to California with no issues. Will cruise at 75 mph all day long. Don’t miss out on a fast-appreciating and rare VW model, not many this side, and parts are available from your local dealer, as it shares the platform with the US market Eurovan. Call or text for more details and photos. Can arrange delivery.“