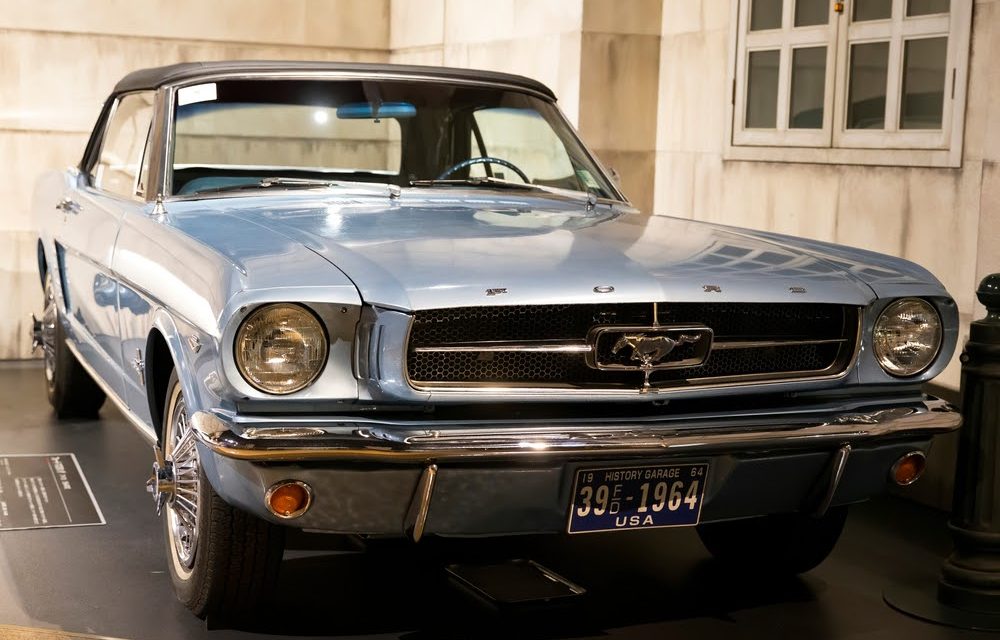 When people think about true American classics, some cars jump immediately to mind. The Chevy Chevelle, Pontiac GTO, and the Impala are all contenders for being the quintessential classic American car. However, one model defined an entire generation and set the standard for American-made cars — the Ford Mustang.

Starting with the 1964.5 model, the Mustang began to take the country by storm, with each passing year offering different iterations, upgrades, and flourishes that have made Mustangs from this era such a desired collector’s item for car enthusiasts. But what is it about this feat of American engineering that makes it such a coveted piece of machinery? Let’s break it down through the years. 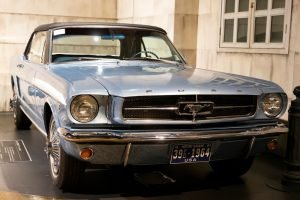 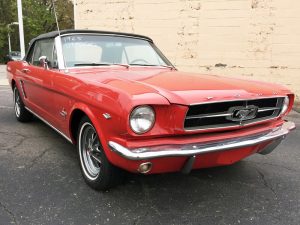 This is the Mustang that started it all. Ford considers these models the same; however, collectors consider the 1964.5 and the 1965 varieties as two distinct entities due to the improvements that Ford made between the production of both models. Among the key differences that collectors use to differentiate includes a “stiffening skirt” around the hood’s edges. The ‘64.5 version included this skirt and gave it distinctive edges that required the headlights to have similar edges to make it uniform. With the ’65, the cars featured the classic rounded edges defining Ford cars through the years.

On the interior, the differences between the two models become more apparent. The ‘64.5 featured a passenger seat bolted into place; there was no way to adjust the seat. With the ’65, Ford made the passenger seat adjustable for the comfort of all. Additionally, the 64.5 had the color of the door locks match the interior’s color, while the ’65 shifted to all chrome.

Under the hood, Ford didn’t make many changes to the engine’s fundamental design between the ‘64.5 and the ’65. However, one critical change that did happen came in the form of the engine options that became available. The ’65 was able to have access to a broader range of engine types with greater horsepower. 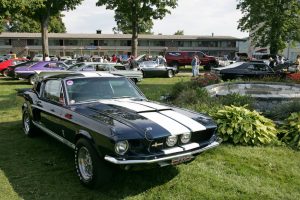 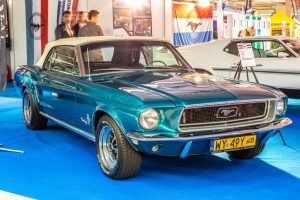 While the 1966 Mustang featured relatively minor changes from the 1965 version, the 1967 iteration featured the first large scale body update for Ford’s flagship car. The differences between these generations helped define the ’67 Mustang as one of the true American classics. The side ornamentation on the ’67 shifted to the twin air scoop for the first time, and the color-matched the exterior color, ensuring that the twin air scoop appeared to be a functional side scoop. The grille also featured an upgrade during the ’67 body update. Ford changed the grille to include a mix of horizontal and vertical bars around the corral surrounding their iconic pony logo. The ’67 Mustang came in the equally legendary Shelby and GT options. 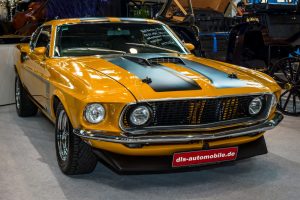 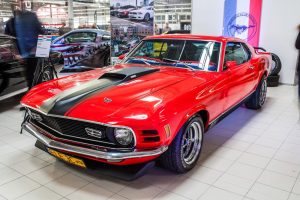 In 1969, Ford brought on a defector from GM in Bunkie Knudsen, and he brought Larry Shinoda with him. They introduced a slew of bold changes to the design that aimed to separate the Mustang from the competition of the time. The front headlights featured four bulbs, two built into the grille, and two on the outside and three taillights on each side of the car. The ’69 also saw the car get larger compared to the first generations of the Mustang. The side panels of the ’69 made the change from concave to convex, which created another distinctive feature that set it apart from the earlier generation and the competition.

The Mustang Grande was introduced in 1969 as the luxury option within the Mustang line. It featured a slew of high-end interior design upgrades but featured zero performance upgrades from other Mustang offerings. In addition to the Grande Ford offered different Mustangs variations, including the ShelbyGT350, ShelbyGT500, and the Mach One, to name a few. The Mustang began to get a sportier image with each subsequent design upgrade proposed by Knudsen and Shinoda. Their tenure at Ford would come to an end after the 1970 line.

The ’70 Mustang began to see some of the bolder design changes implemented the year before getting scaled back and featured more conservative styles from everything from the headlights to the rear panels and significantly more conservative interior design. The engine still featured a bevy of options, each more powerful than the last that helped define what it meant for a car to be real “American Muscle.” 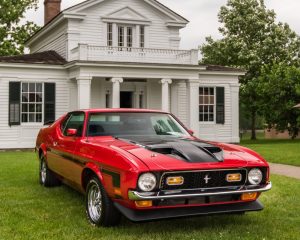 While each Mustang iteration would get a little bigger than the previous model, the ’71 iteration represented the most significant jump in actual size and perceived size in these first generations. The car became longer and more comprehensive than the earliest models from 1964-1965, to coincide with the trends from the early 1970s that saw cars get increasingly bigger.

Smooth lines and an emphasis on aerodynamic designs became the rage across car manufacturers at the start of the decade. Due to stricter engine regulations, the engines across the board saw a dip in overall horsepower for these three years. By the end of the ’73 Mustang’s run, Ford was dealing with the global oil crisis and was trying to get their Mustang II into production. This means that the venerable first generation of the defining classic American Muscle Car did not receive the special edition and send off that it rightly deserved.

Do you have a classic Mustang, or are looking to add one to your collection? If so, contact the team at Guys With Rides to browse our inventory or submit your own for sale! We look forward to hearing from you soon!