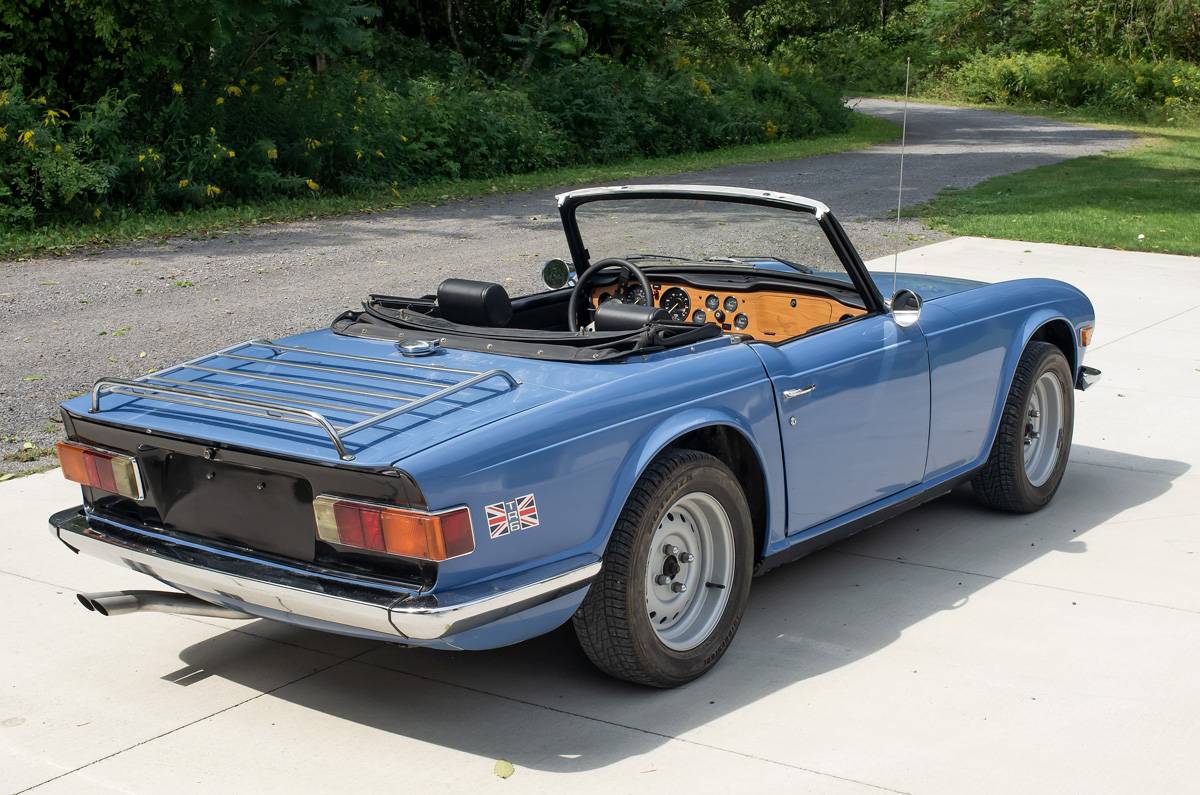 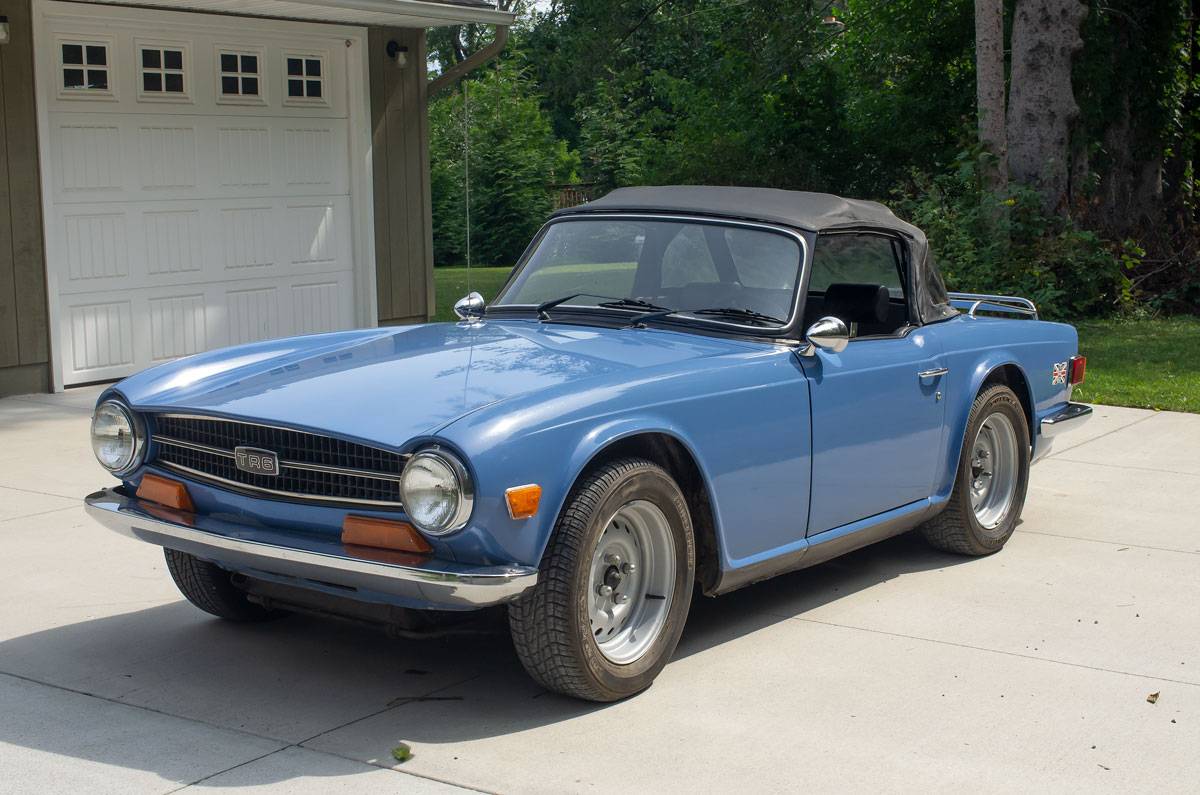 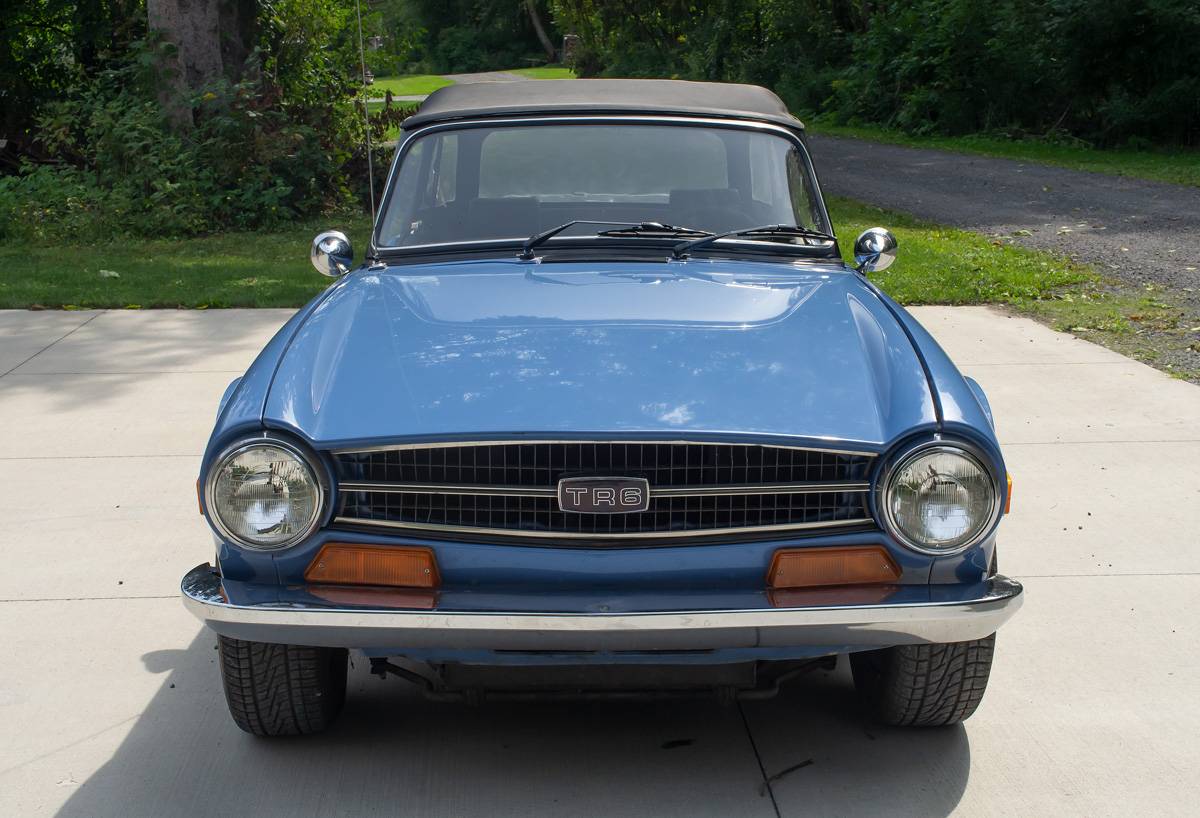 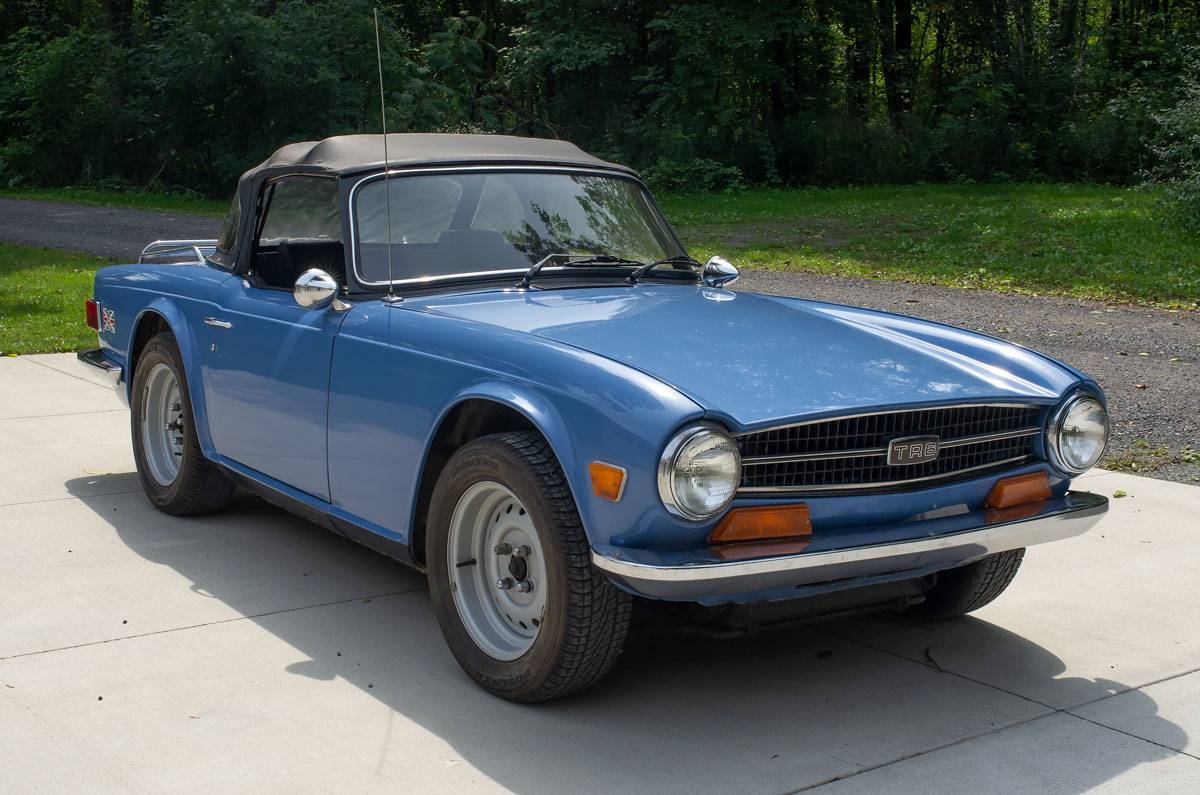 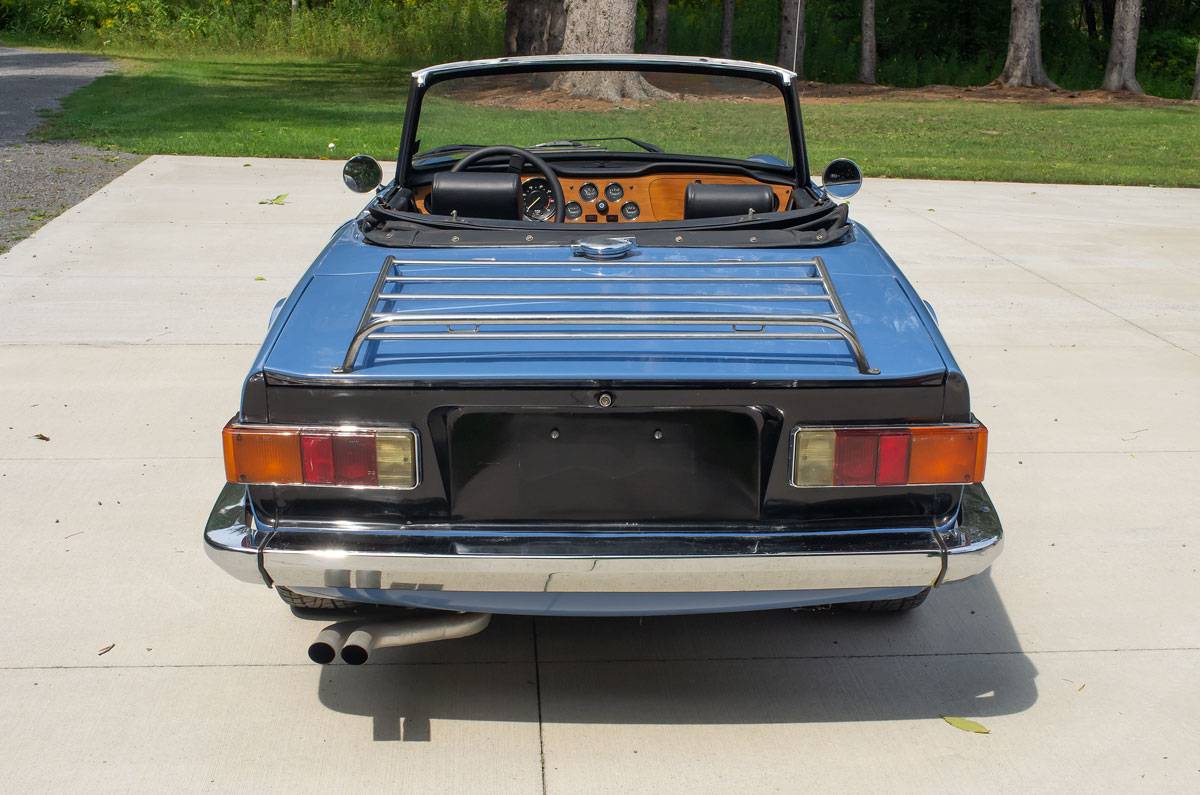 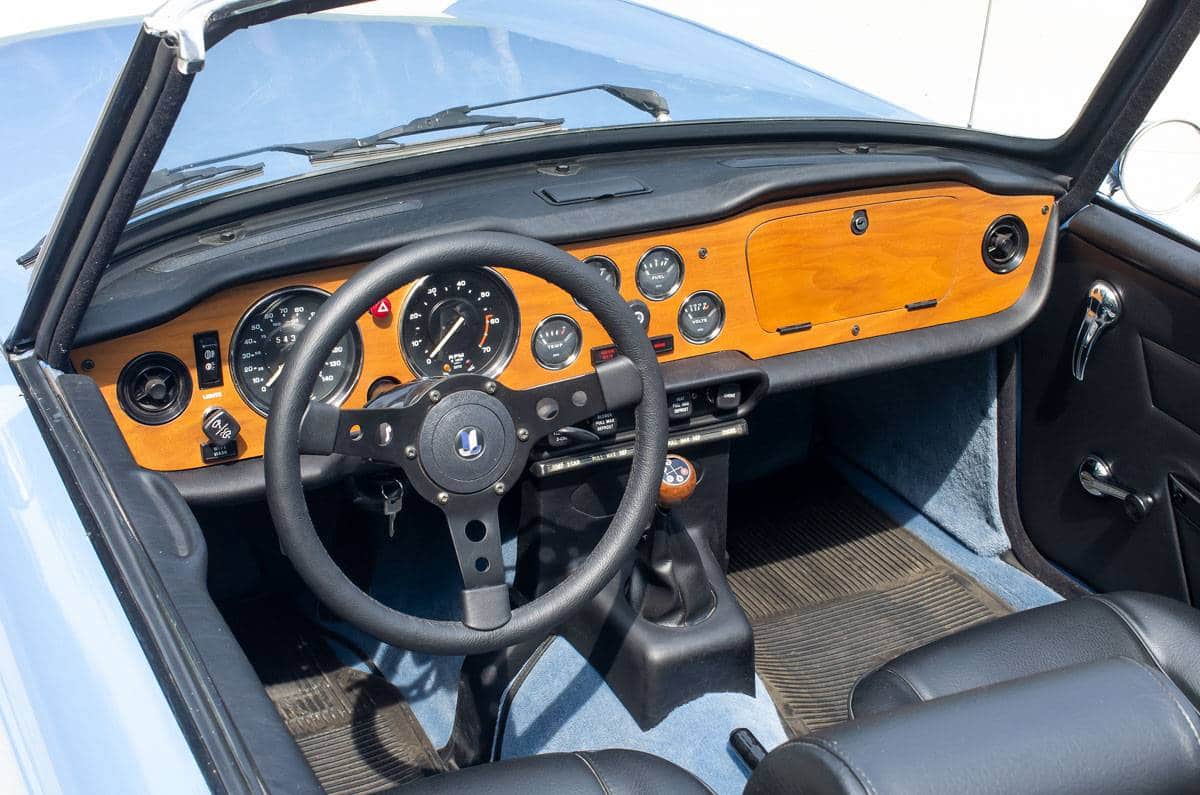 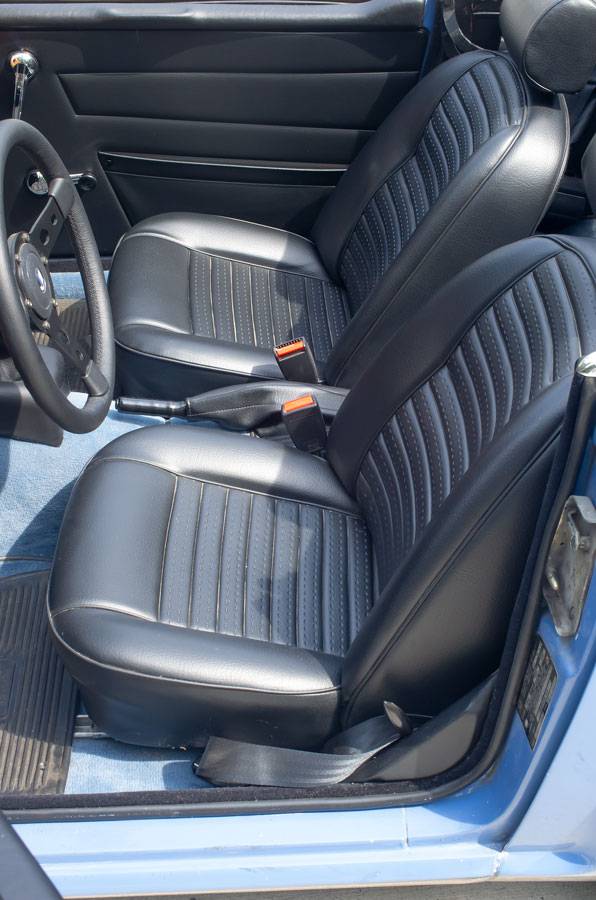 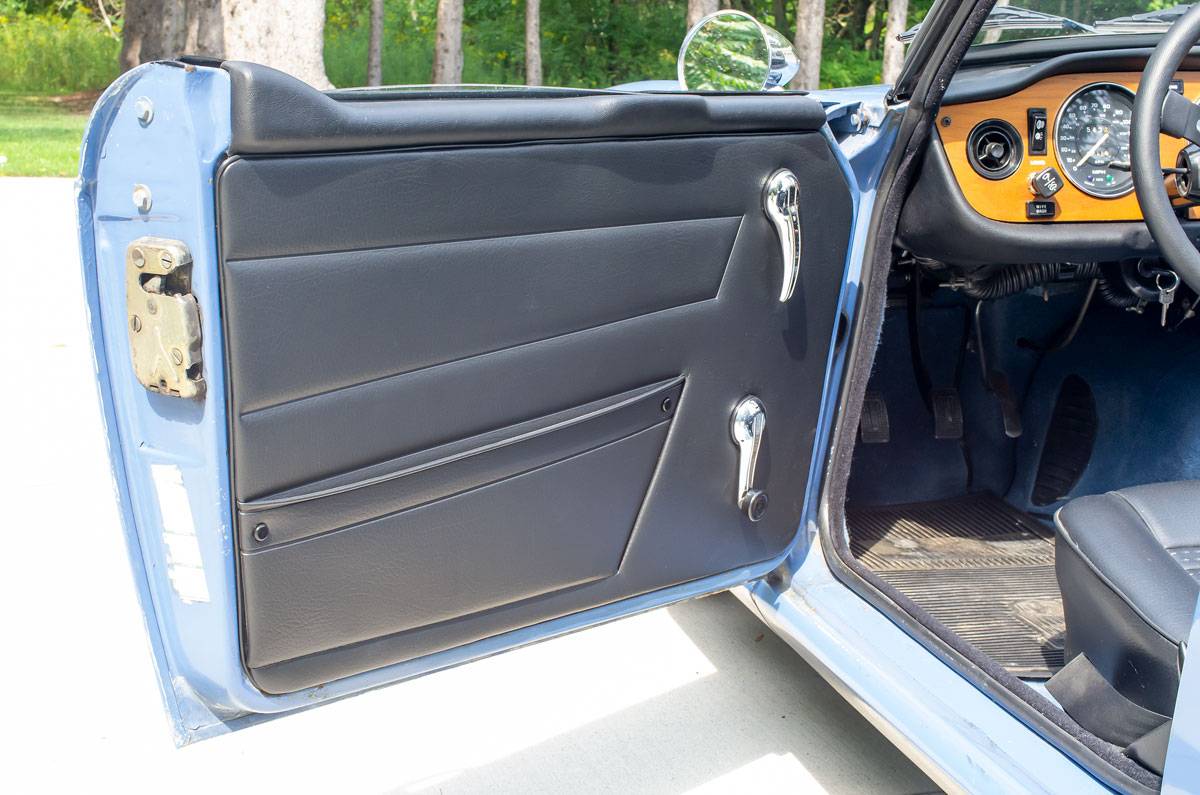 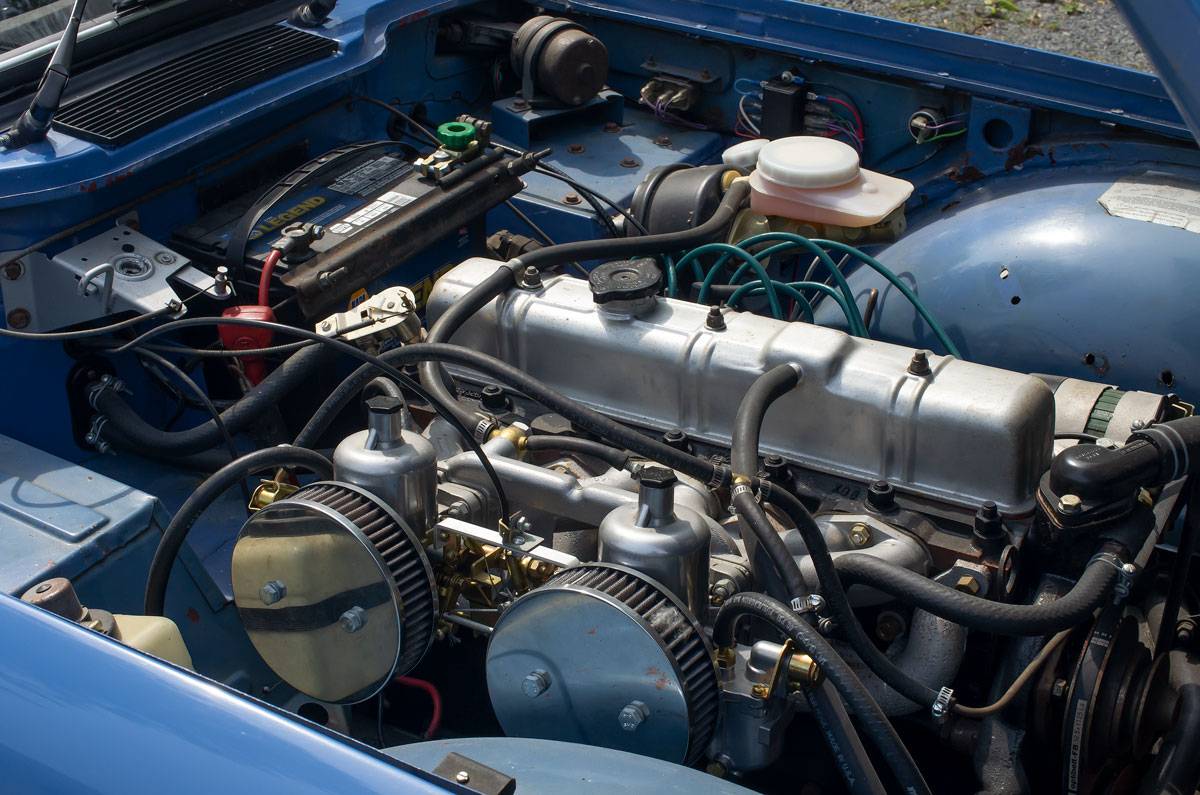 October 16th Update – During the past week, the Craigslist ad for this French Blue ’73 Triumph TR6 expired, so with no replacement listing found, we’re calling this car “Sold.”

October 1st Update – While gearing up for our latest Sports Car Saturday features, we came across a fresh Craigslist ad for this pretty French Blue TR6.  While the pictures and description remain the same, the private seller reduced their asking price $3,000 to a revised $12,900 or best offer.

Knowing a collector car you’re considering buying features a freshly rebuilt and sorted engine and transmission provides peace of mind you likely won’t find in other purchase candidates.  This French Blue over black 1973 Triumph TR6 posted recently on Craigslist in Phoenix, New York (Syracuse) features a nicely updated drivetrain with a revised asking price of $12,900 or best offer.  Comparing this price against the Hagerty Insurance Online Valuation Tool confirms this private seller now has his TR6 priced $400 less than the #3 “Good” estimate of $13,300. As a second data point, looking up this car on the Collector Car Market Review website confirms the asking price falls between their #3 “Good” appraisal of $10,250 and their #2 “Excellent” estimate of $18,000.

Triumph Motor Company, a division of the failed conglomerate British Leyland, produced the TR6 sports car from 1968 through 1976.  Of the nearly 92K TR6s produced, only 8.3K stayed in Great Britain; Triumph exported the vast majority of cars produced.  The frame, engine, running gear, body tub, and doors were similar to the TR5 (TR250 in the U.S.). While Giovanni Michelotti designed the TR5, Triumph relied on Karmann for the front and rear styling of the TR6.

All TR6s were powered by Triumph’s 2.5-liter straight-six, with the same Lucas mechanical fuel-injection as the TR5 for the United Kingdom and global markets, while U.S. cars came equipped with dual carburetors.  The TR6 featured a four-speed manual transmission. An optional electrically switched overdrive operated on second, third, and fourth gears on early models and third and fourth on later ones. Construction was a traditional frame. Other features included semi-trailing arm independent rear suspension, rack and pinion steering, 15-inch wheels, and Michelin asymmetric XAS tires which dramatically improved the handling, pile carpet on floors and trunk/boot, bucket seats, and full instrumentation. Brakes were discs at the front and drums at the rear. A factory steel hardtop was optional, requiring two people to deploy. The dashboard was a walnut veneer. Other factory options included a rear anti-roll bar and a limited-slip differential.

On YouTube we came across this ten-year-old TR6 buyer’s guide that remains relevant today:

A nice looking driver with a completely rebuilt drivetrain in a great color.  There’s not much here not to like!  Good luck with the purchase!

“1973 Triumph TR6. French Blue w/Black interior. Solid, rust-free body, not a bit of Bondo on any of it. The paint is nice but it’s not show car quality, this is a very nice looking driver.
The interior, on the other hand, is very much show car quality. Seats, seat foam, seat suspension rubbers, carpets, door panels, door tops, all the dashboard pieces, every bit of it was done with new, high-quality parts. All dashboard lights work, flashers, wipers, everything. The entire wiring harness was replaced, front to rear. Gauges all work and look very nice. New windshield, new roll-up side window channels, and parts. The convertible top is old and could stand to be replaced, but the back window is clear, and it does the job of keeping the weather out when you need it.

Brakes are not new but work well. New master cylinder. The car was converted to Koni shock absorbers all around, using the better quality kit with the heavy-duty rear mounts. Tires are old and should be replaced.