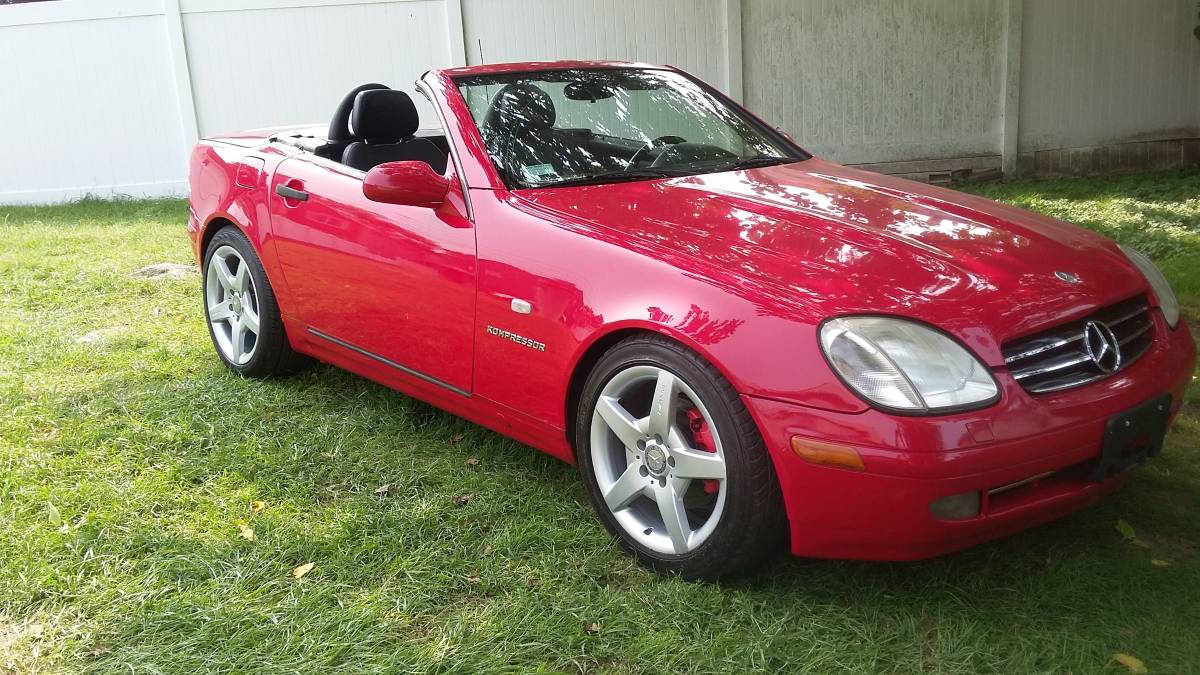 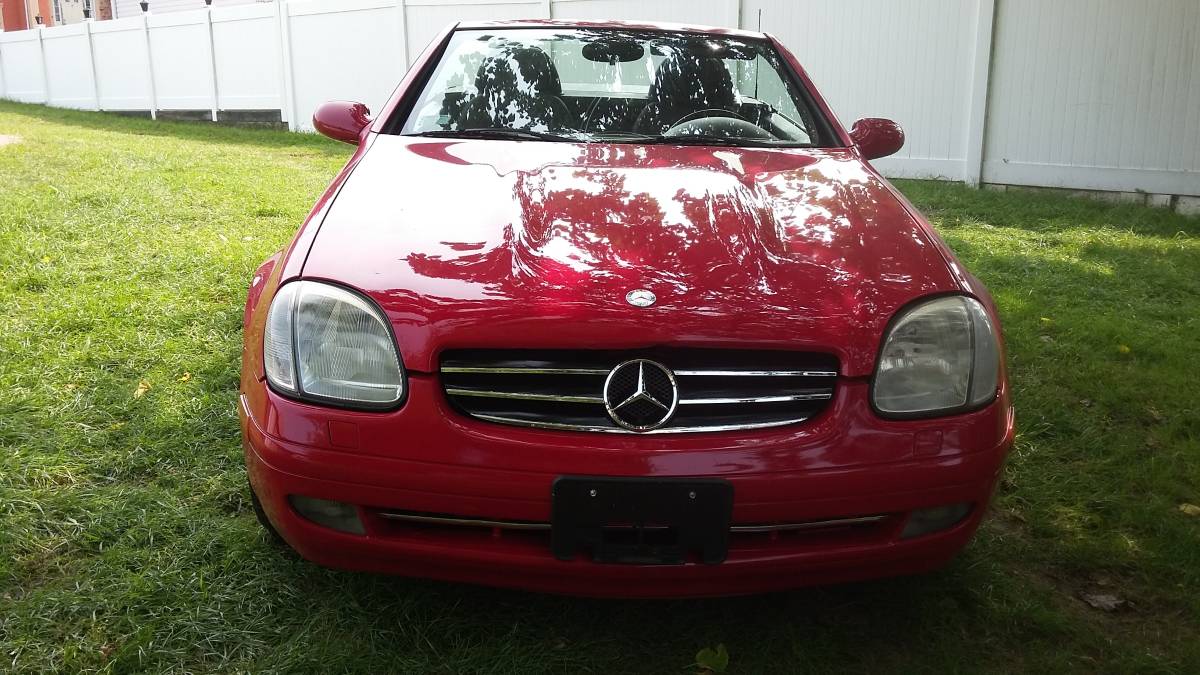 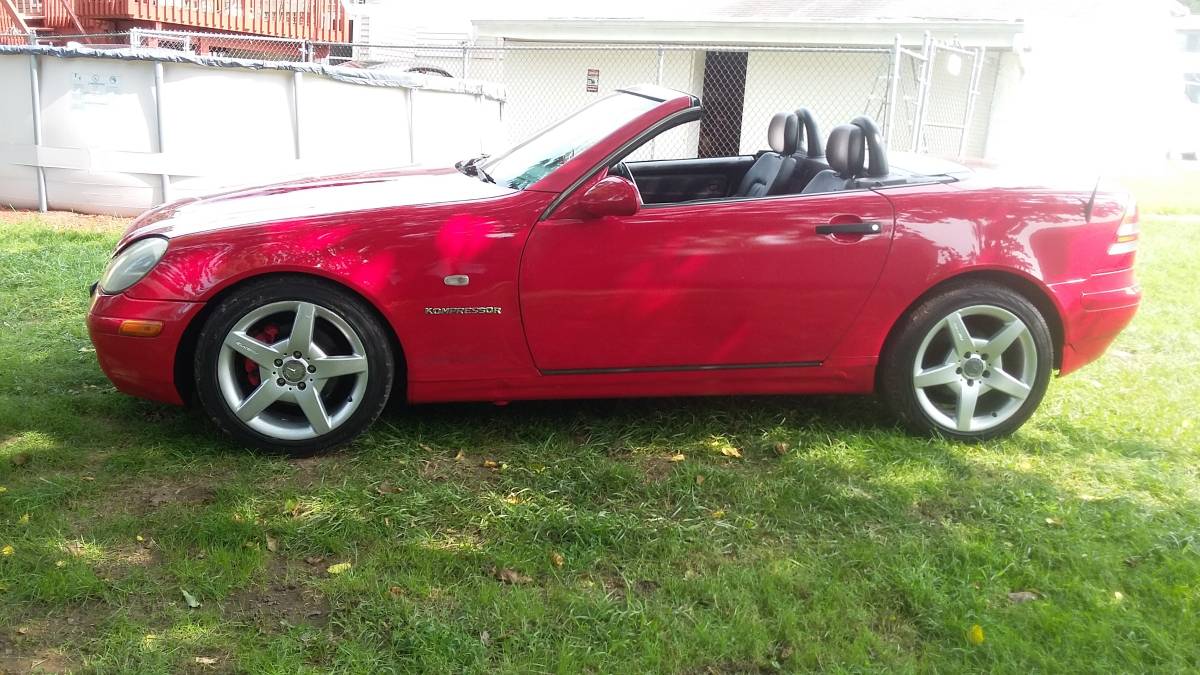 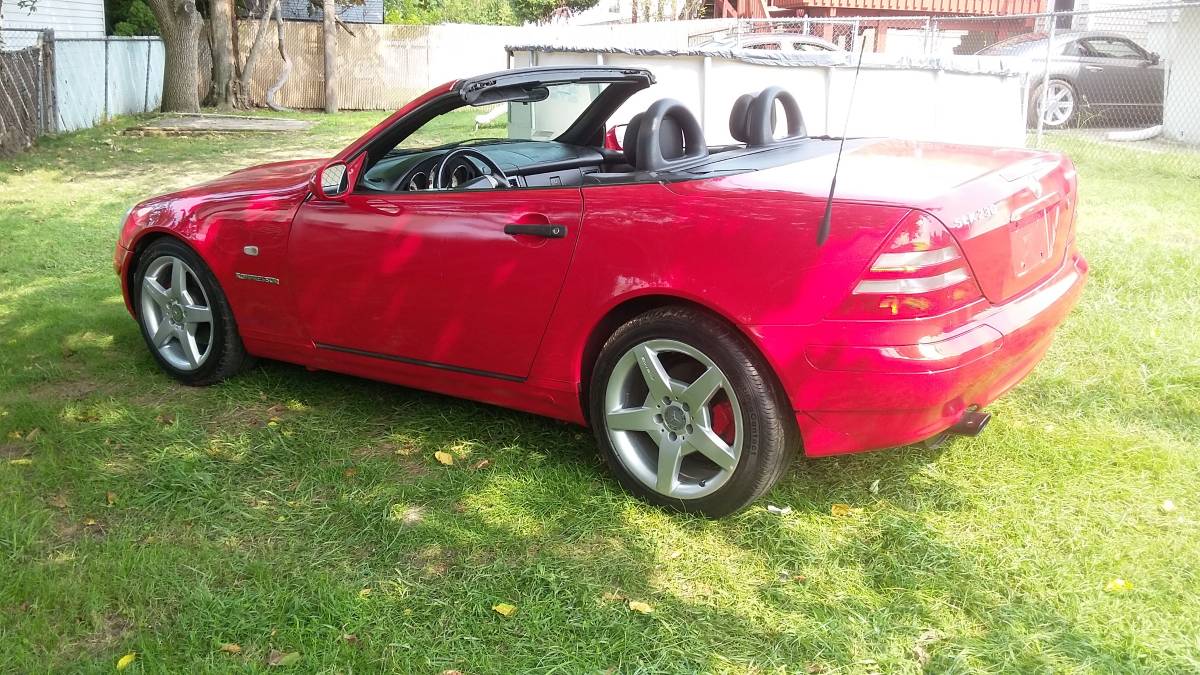 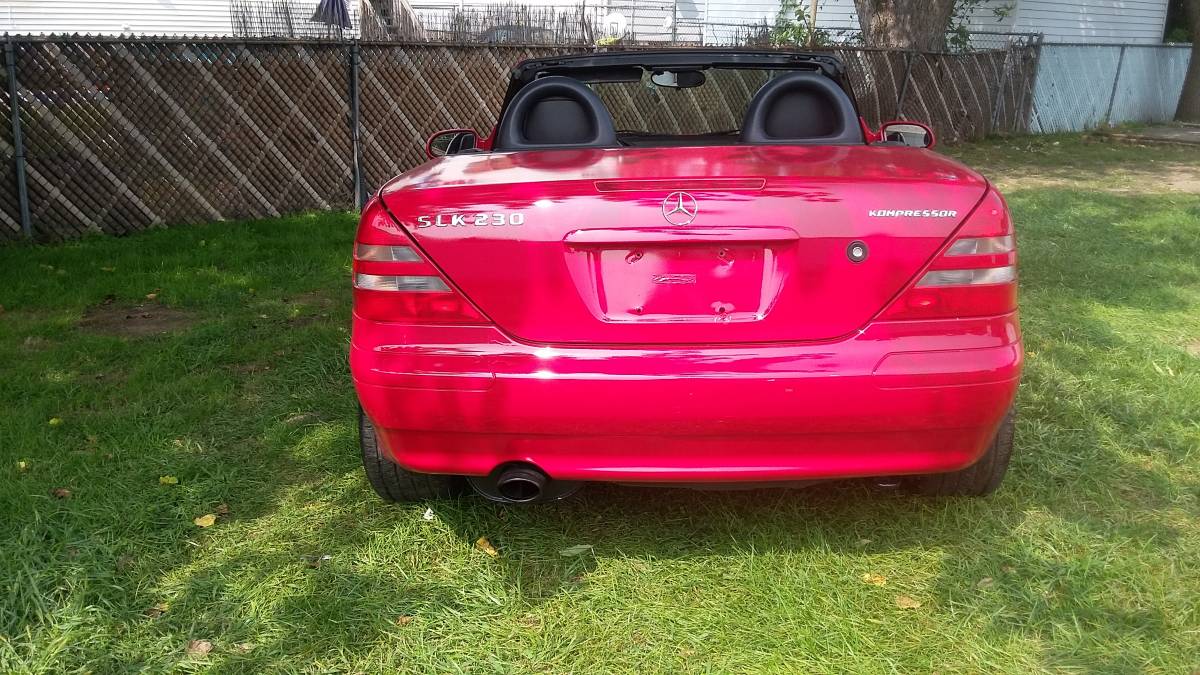 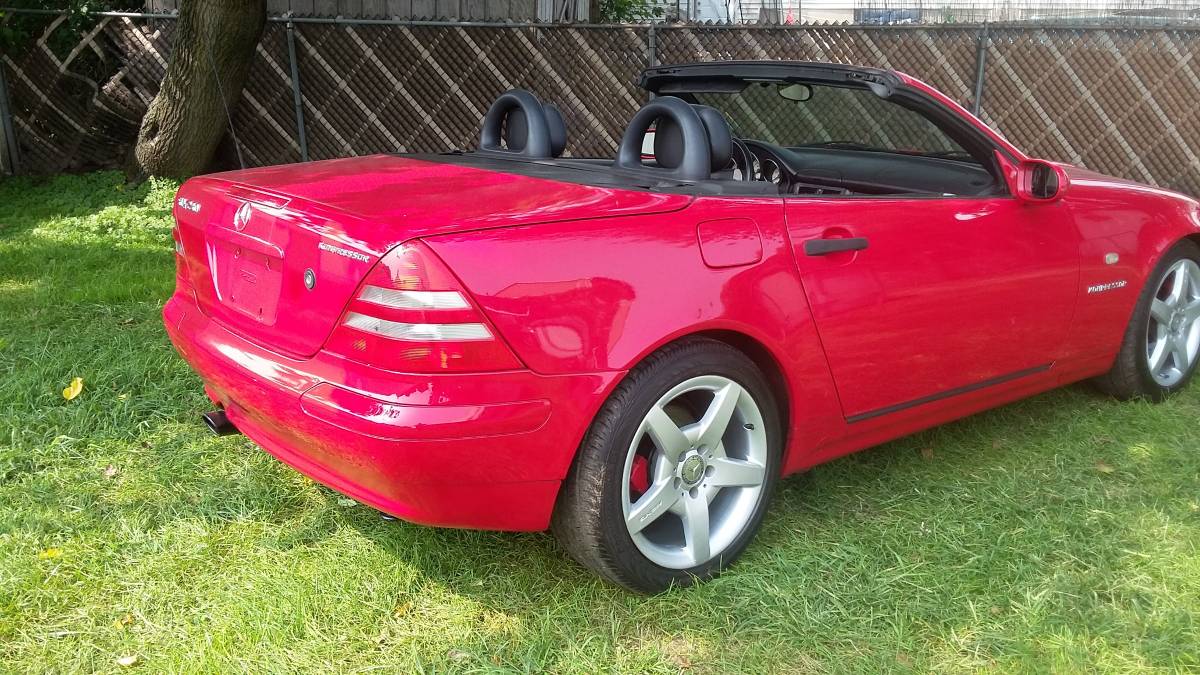 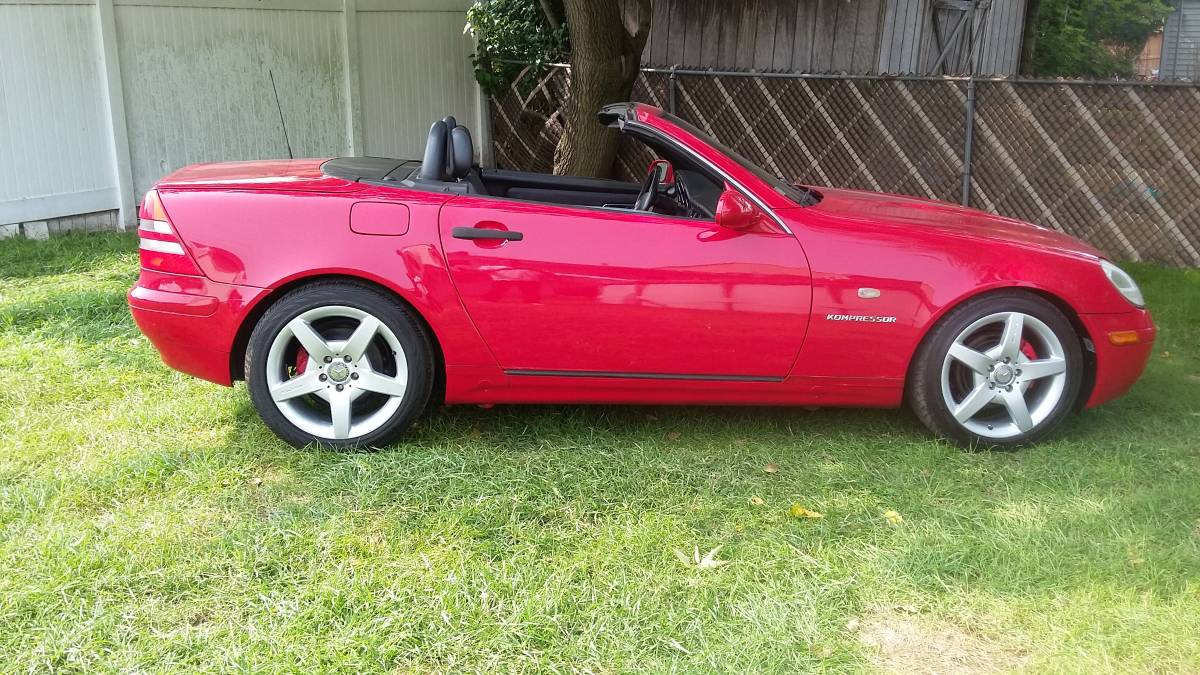 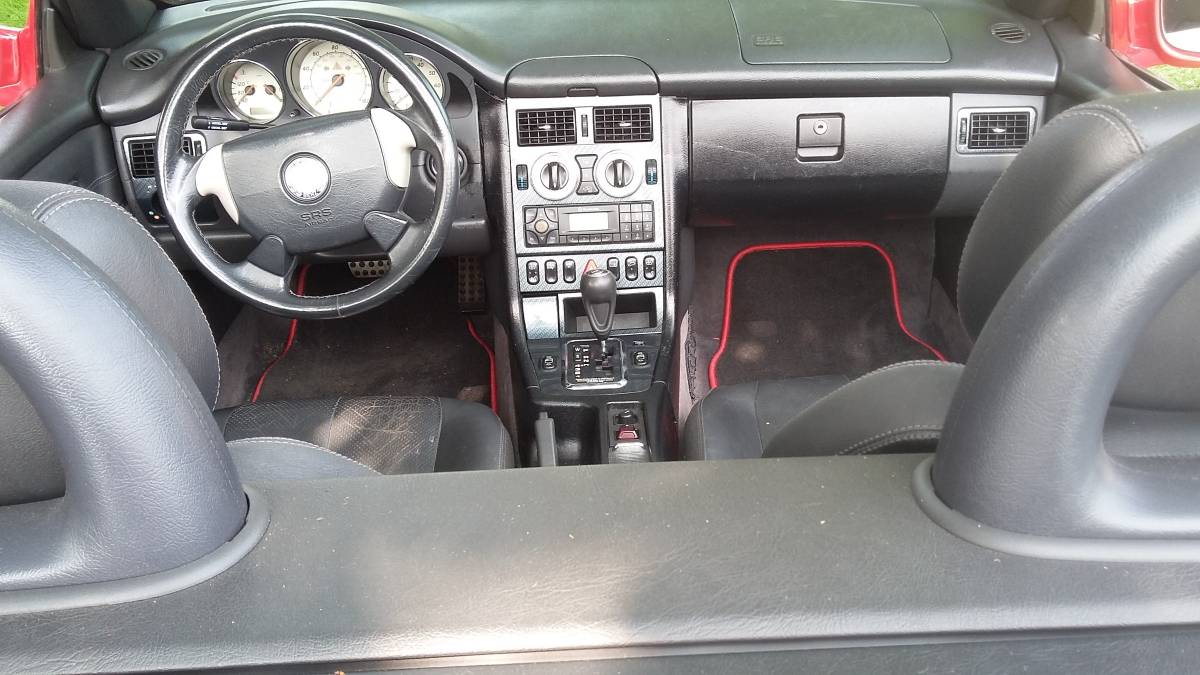 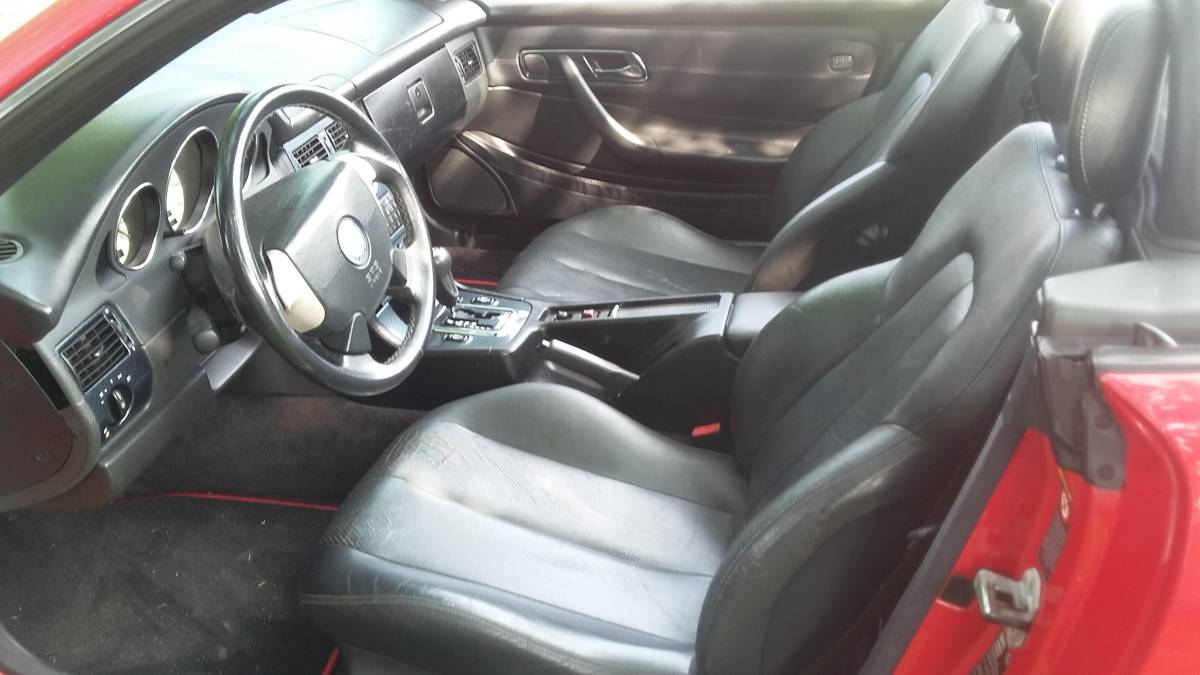 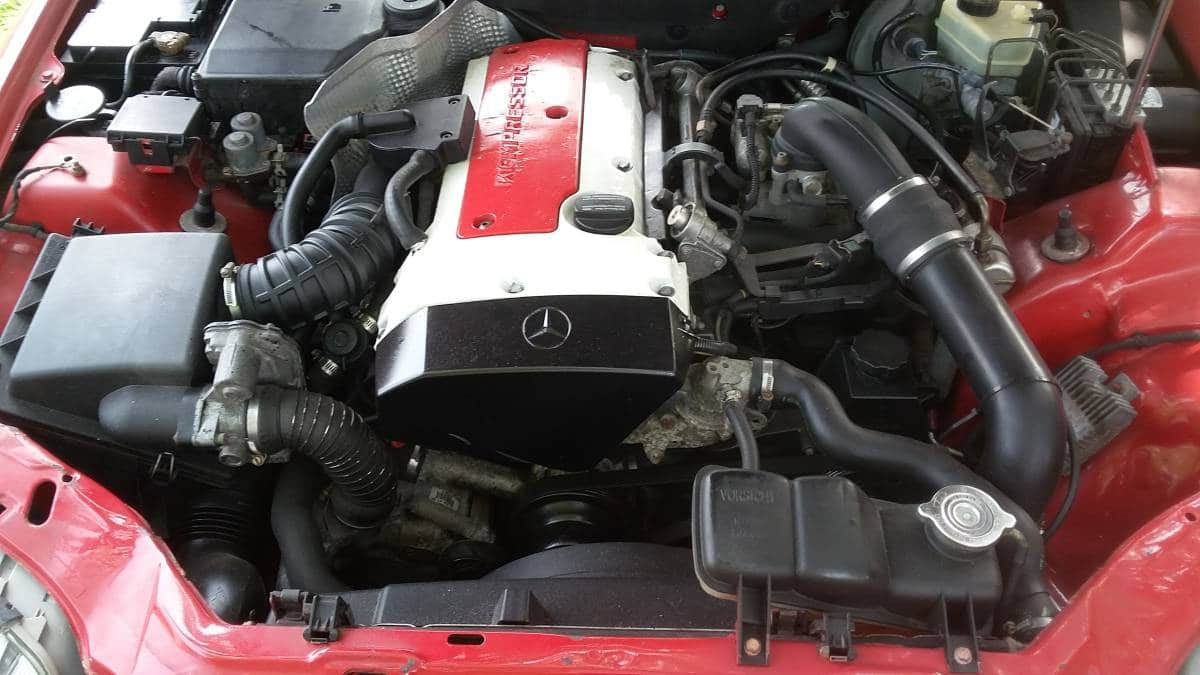 October 23rd Update – While updating our Sports Car Saturday database, we confirmed the private seller of this ’99 Mercedes SLK320 deleted their Craigslist ad, so we’re now able to call this one “Sold!”  This one may have got away, but if you have your heart set on something similar, email us the details of what you’re looking for or call Rudy directly at (908)295-7330.

Inspired by the success and popularity of Mazda’s no-frills Miata, by the late 1990s German automakers wanted in on the action.  Mercedes Benz was right in line when it introduced its very competent SLK 230 retractable hardtop roadster such as this 1999 example originally listed in October 2020 in Woodwood, New Jersey with an asking price of $4,200.   Comparing this price against the Hagerty Insurance Online Valuation Tool confirms this private seller has his SLK priced $800 below the #4 “Fair” (Daily Driver) appraisal of $5,000.

“Mercedes’ attractive SLK roadster appeared in 1996 as a competitor to cars like the Porsche Boxster and BMW Z3. This convertible with a folding steel retractable hardtop married Sacco styling to the existing W202 C-Class platform to create a less expensive alternative to the SL series convertibles, and as such is seen as a sort of like a spiritual successor to the 190SL of four decades earlier.

Initially offered with a range of engines that included 2.0-liter supercharged and normally aspirated inline fours, the US debut saw a supercharged and intercooled 2.3-liter, 192-hp engine from the beginning of the 1998 model year. A 5-speed manual transmission was standard but a 5-speed automatic being optional for all engine choices.

The SLK was a runaway hit upon its introduction with favorable in-period reviews from journalists as well as several top-10 and car of the year accolades that initially resulted in Mercedes having difficulty meeting the demand for their new roadster.

Time has shown these cars to be mostly trouble-free as long as scheduled maintenance is consistently attended to and they remain a relatively inexpensive and thoroughly entertaining avenue into Mercedes roadster ownership.“

Here’s the British TV show Men & Motors providing their original review of the SLK230 from 1999 on their YouTube Channel:

After personally driving a ’98 SLK 230 on the German Autobahn back when the car was new, I always admired what a tight and great handling roadster these cars are.  Unfortunately, finding a manual version when these do come up for sale is rare, as most U.S. Mercedes dealers tarted their cars up with the automatic instead.  As with any Mercedes we feature here, we highly recommend having a pre-purchase inspection completed before purchase. However, if this skittish seller balks at that idea, wait for the next example to come along. Otherwise, good luck with the purchase!

“If you see the ad it means STILL AVAILABLE.
DO NOT contact me if you are not coming today.
DO NOT waste your time with ridiculous offers.
I will ignore you and block your number.

TEXT ME for address and time when YOU are ready to see the car and close the deal SAME DAY.
If you don’t have cash at hand at the moment of meeting I WON’T show you the vehicle.
We are going to meet at Woodland Park Police Department.