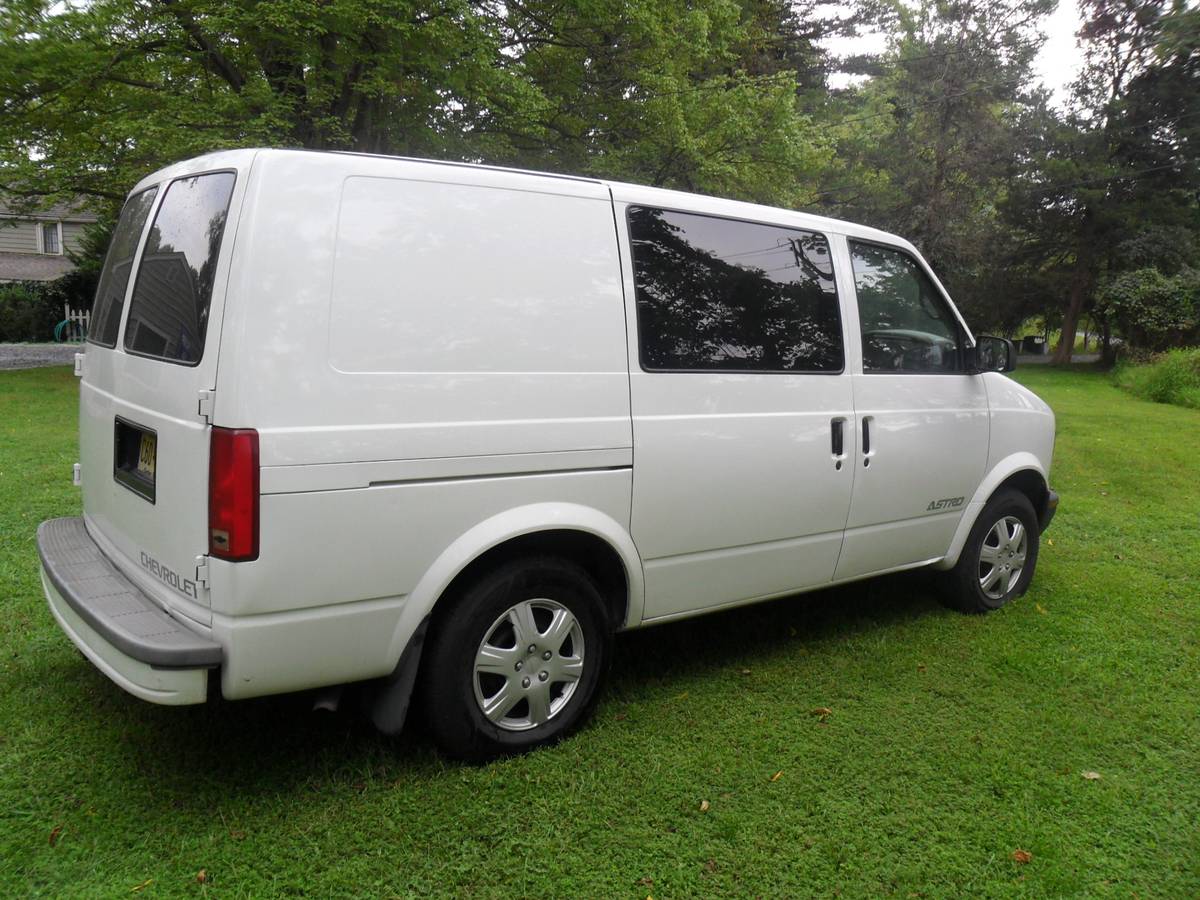 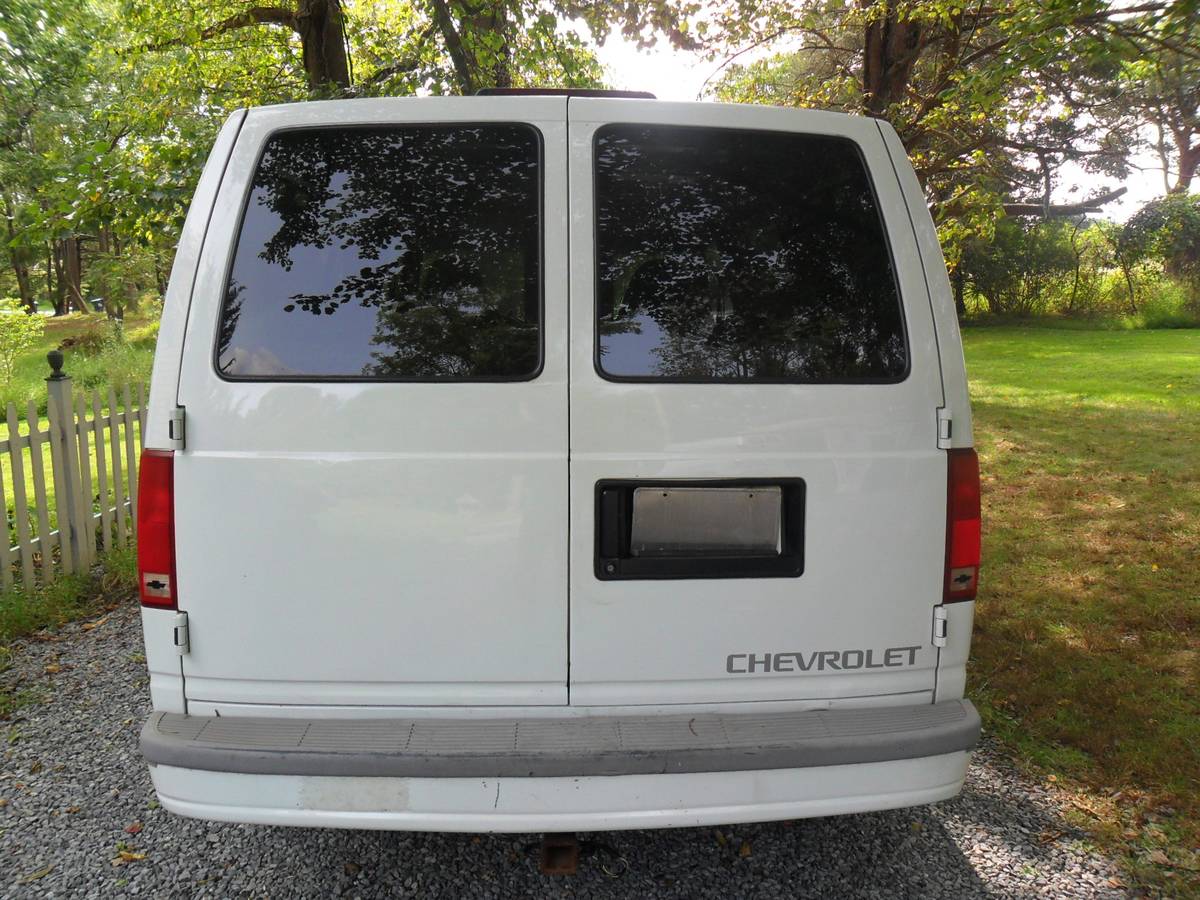 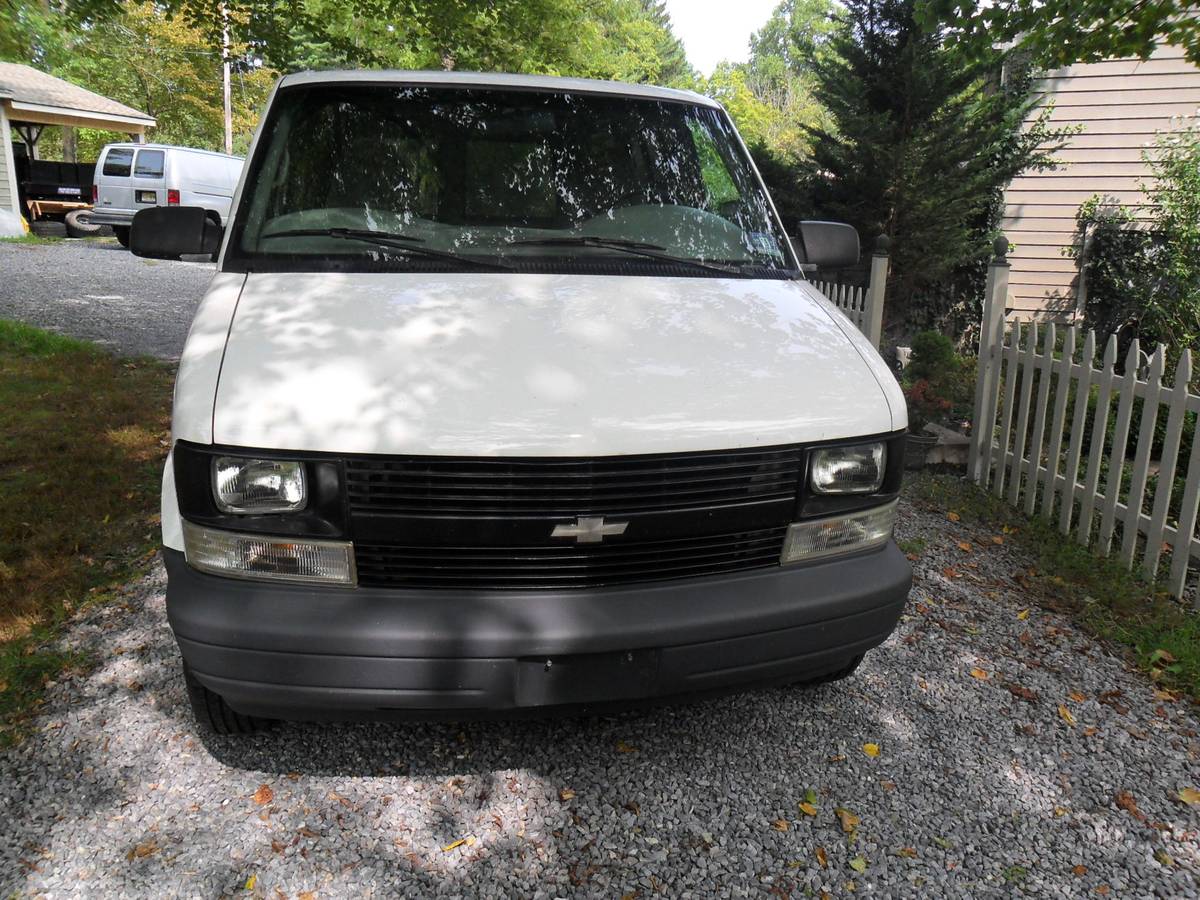 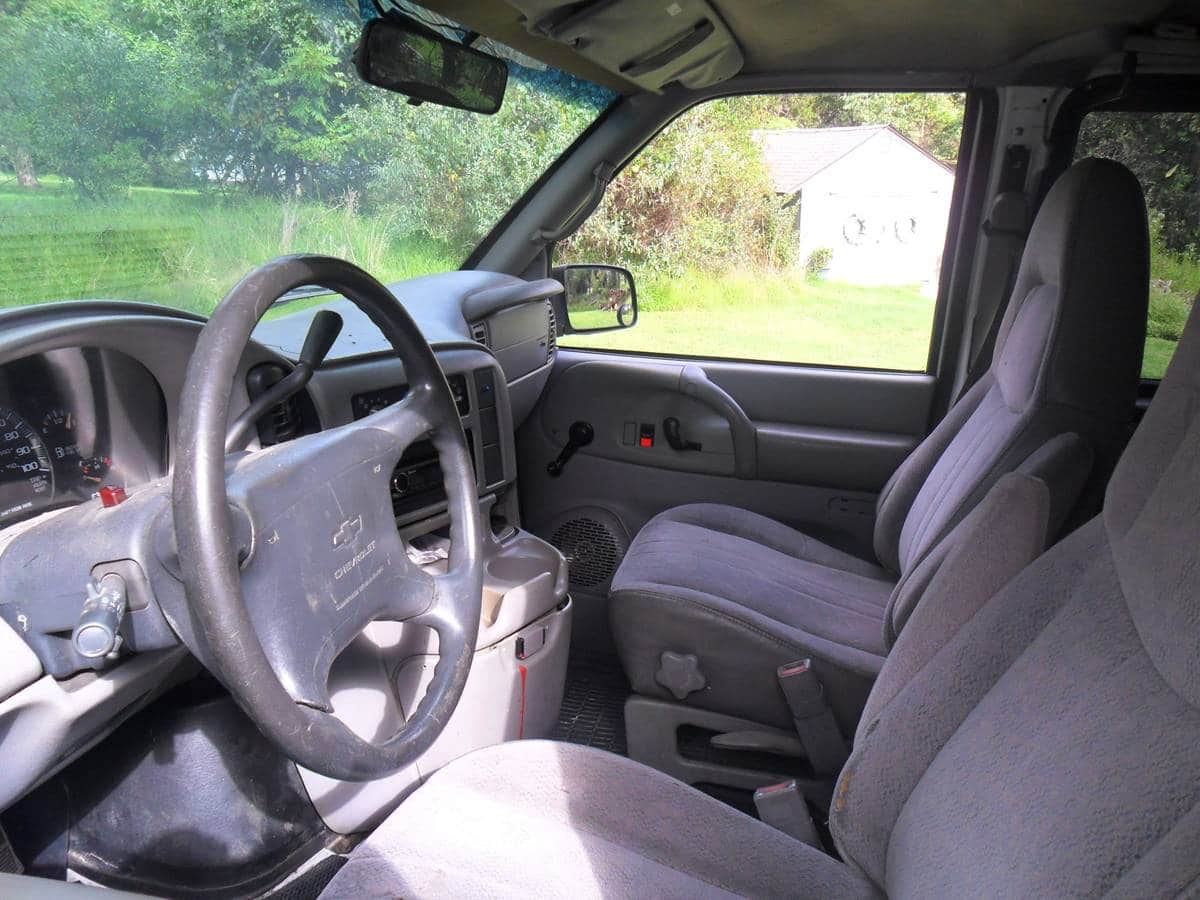 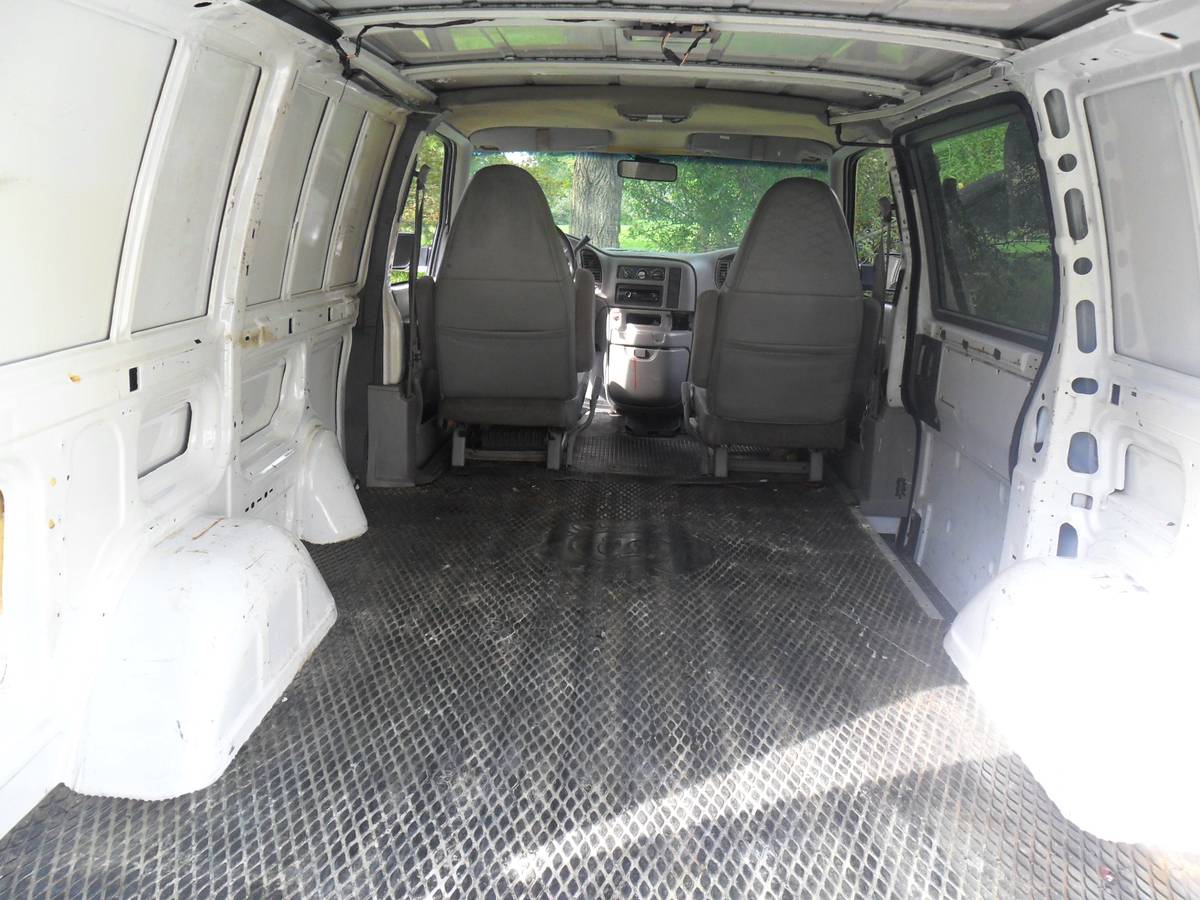 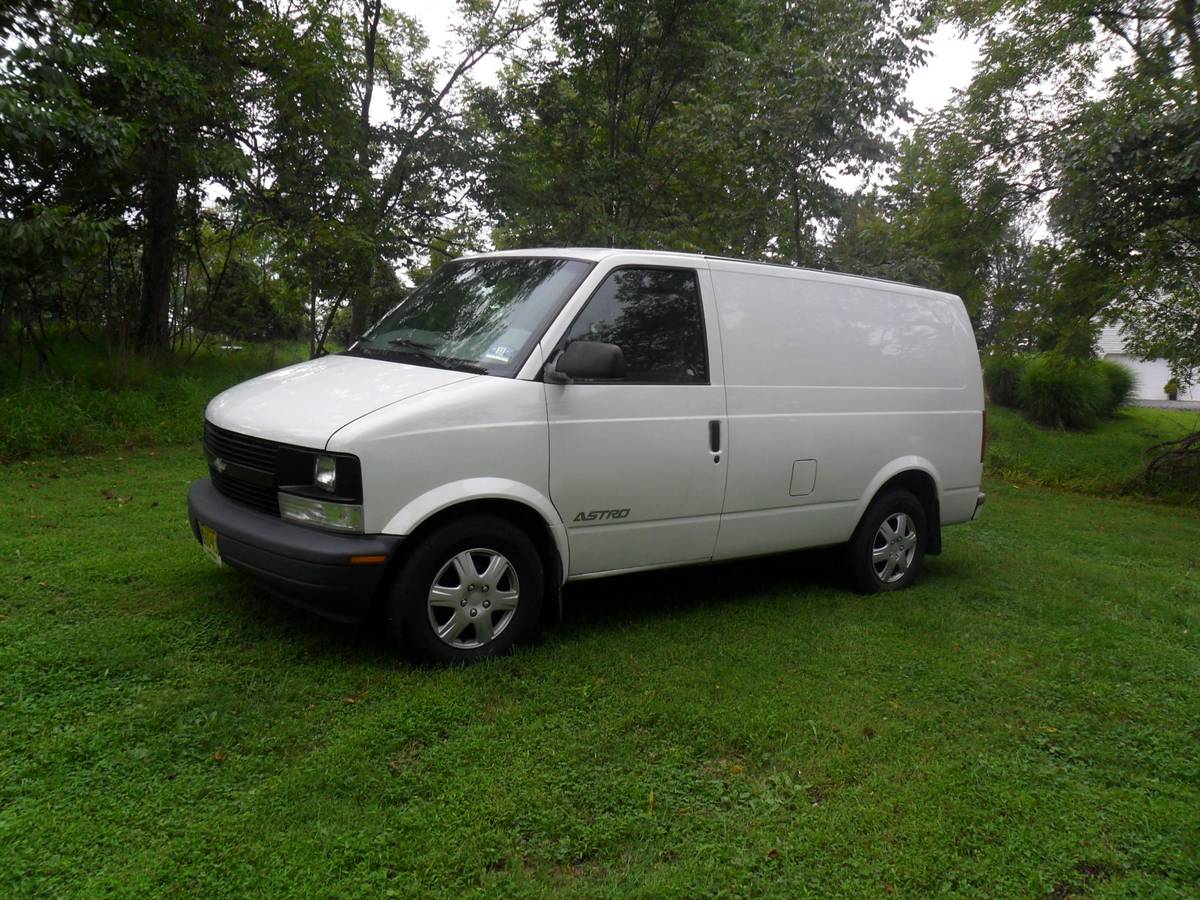 October 12th Update – We were not surprised at all to see how quickly this four-wheel-drive equipped Chevy Astro cargo van sold.

In what has become a bit of a cult classic, General Motors’ just-right sized Astro/Safari not-so-minivans remain highly sought after today, especially the factory four-wheel-drive equipped versions.  Even rarer are the minimally-windowed, four-wheel-drive cargo body versions such as this white 1997 Chevrolet Astro we happened upon recently on Craigslist in Millwood, New Jersey with 164,500 miles offered at $4,000.   Equipped with working factory air conditioning, fresh tires, and a tune-up, comparing this price against the NADA Guides Classic Car Online Valuation Tool confirms that while this private seller has his Astro priced firmly above the current “Low”, “Average”, and “High” retail value range of $1,825, $2,350, and $3,150, respectively, we predict this seller will have no trouble finding a buyer quickly to pay his asking price.

GM introduced their first minivan offerings, the Chevrolet’s Astro and GMC’s Safari twins, for the 1985 model year as a competitive response to Chrysler’s market segment innovators.  Rather than follow Chrysler’s front-drive design, GM adapted its proven S10/S15 light truck components and rear-drive layout.  This allowed for a towing capacity of up to 5,500 pounds and once All Wheel Drive became an option in 1990, made this pair a popular and capable alternative to Chrysler’s underpowered first-generation minivans while still being able to fit in a standard garage.  Despite GM’s plans to cancel them around 2000, strong sales, particularly in Japan of all places, forced them to continue production through 2005.  In yet another marketing blunder by GM, despite the continued popularity of these “right-sized” vans, the corporation never followed up with a suitable third generation successor.

One of the more entertaining and well-edited YouTube Channels, Donut Media’s James Pumphrey provides a great overview of the Astro’s history in this Up To Speed video:

We predict that barring a major mechanical flaw not highlight in the ad that might get uncovered during the in-person inspection, this Astro will sell before the end of the week. The combination of the cargo body mated with the desirable four-wheel-drive powertrain offered at only $4,000 will get scooped quickly. The only question then is what will you plan to do with this van as you really have a blank canvas to make it a great Overlanding van or very capable work truck.  Whichever path you decide, good luck with the purchase!

“Up for sale I have a really clean cargo van, just put 4 brand new tires on it and a major tune up.
The van has cold AC , power locks , tilt wheel,alarm system and remote start.
This van is all wheel drive and is great in the snow, it runs and drives very well, good on gas.
I will not answer emails or texts, if you are a real buyer than CALL ME !!!
THE PRICE IS FIRM“