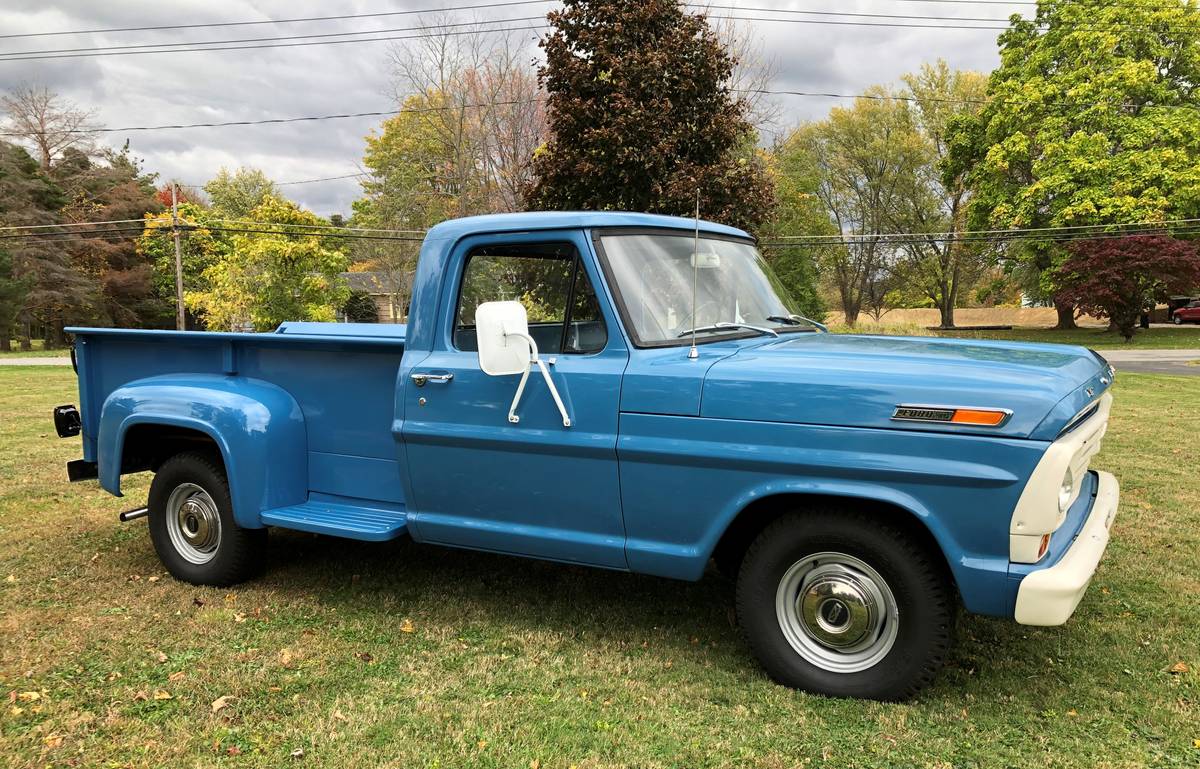 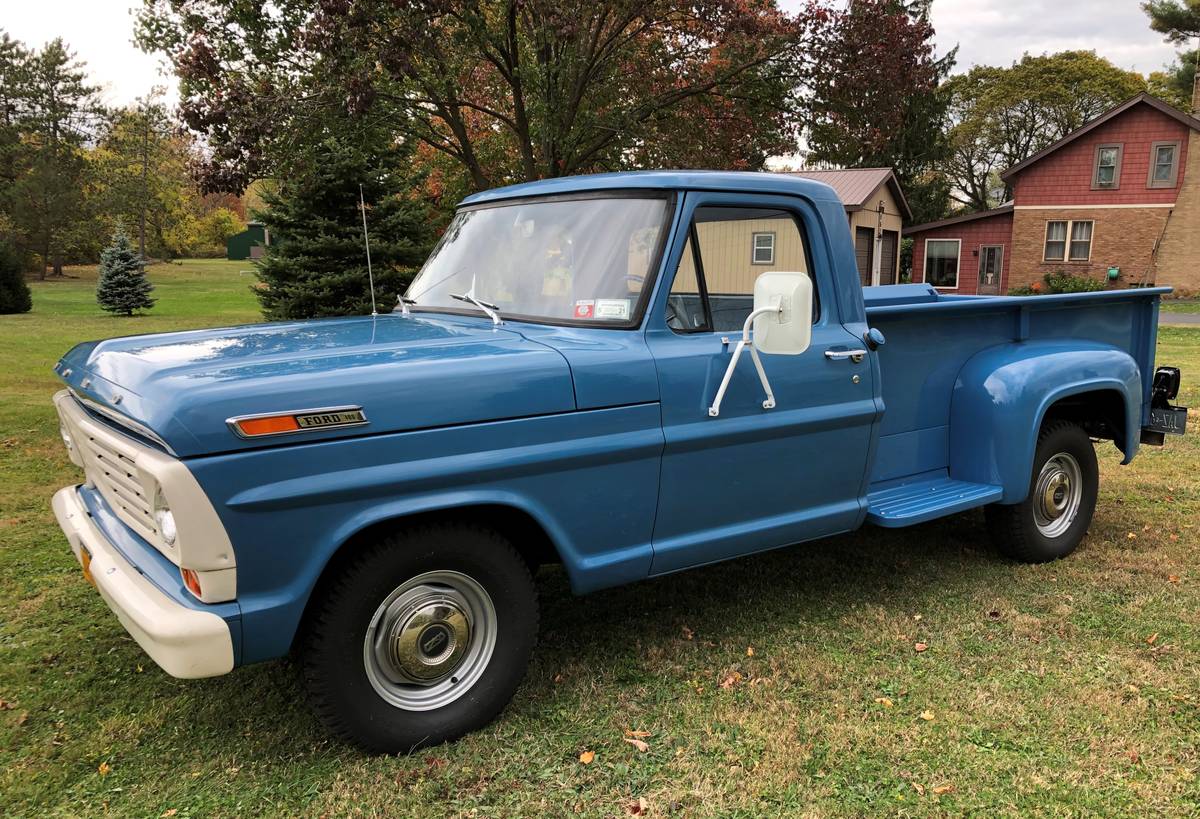 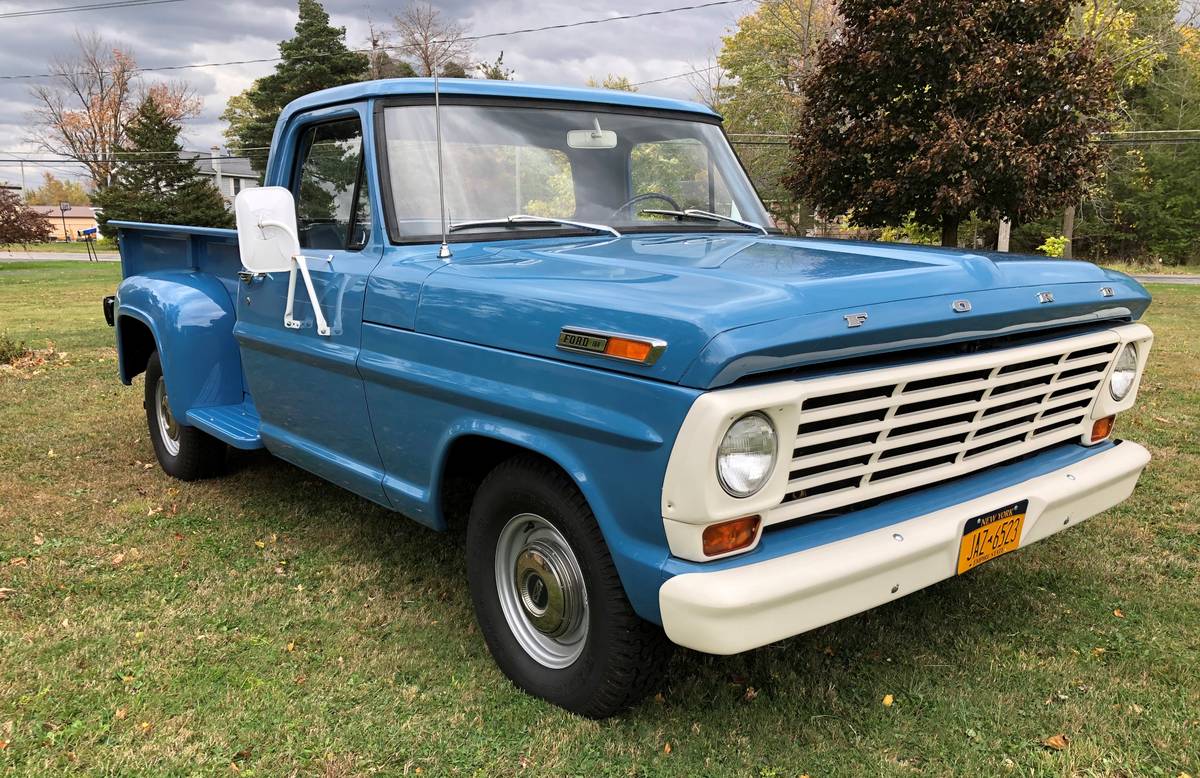 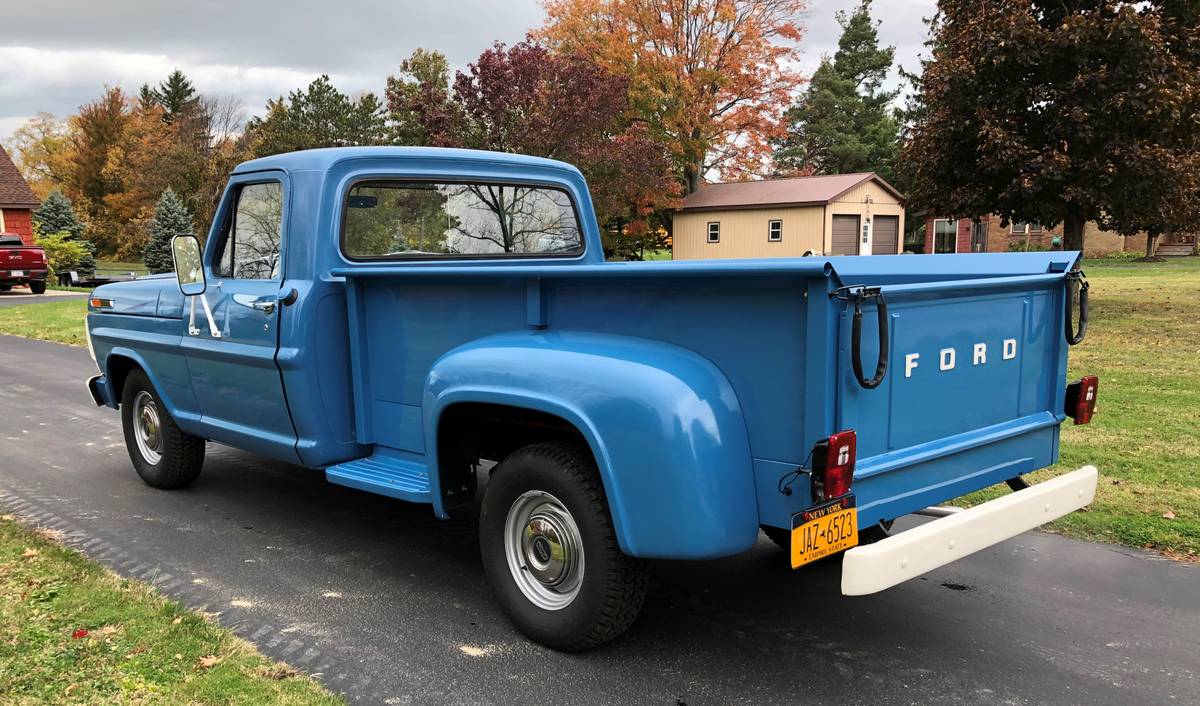 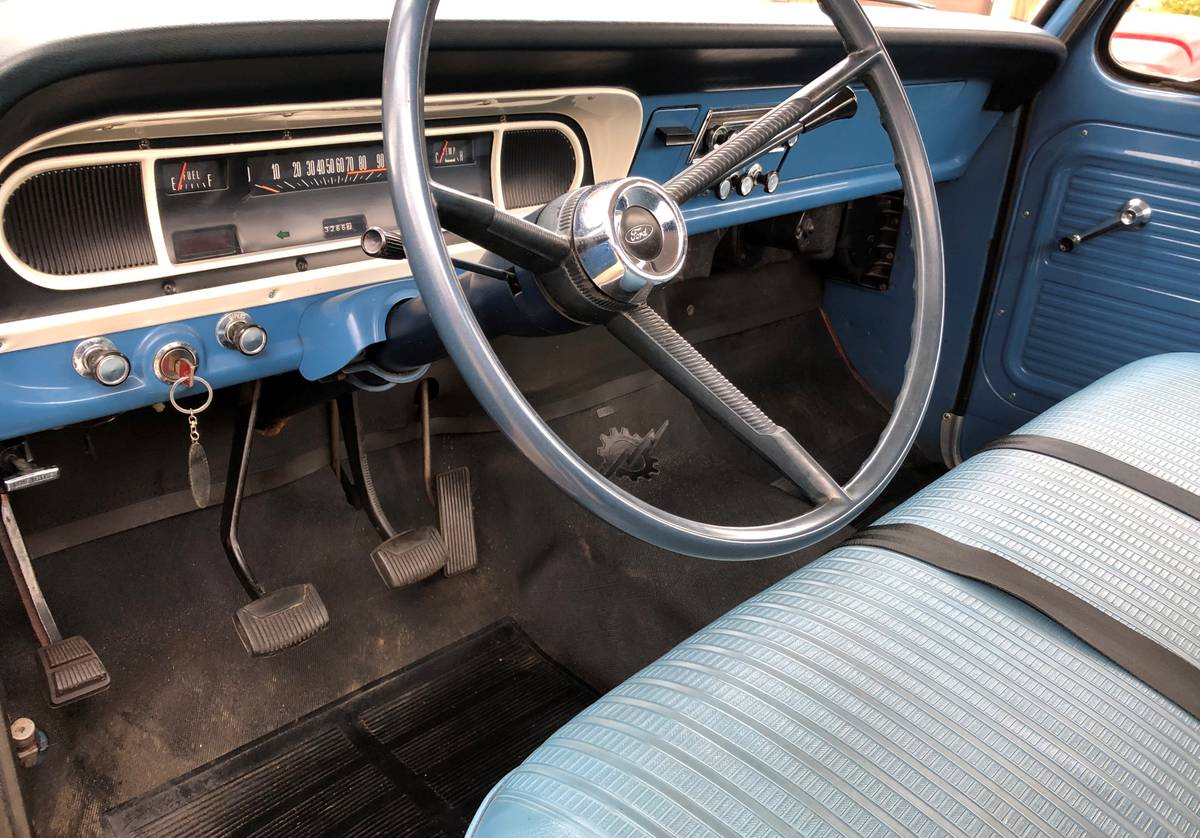 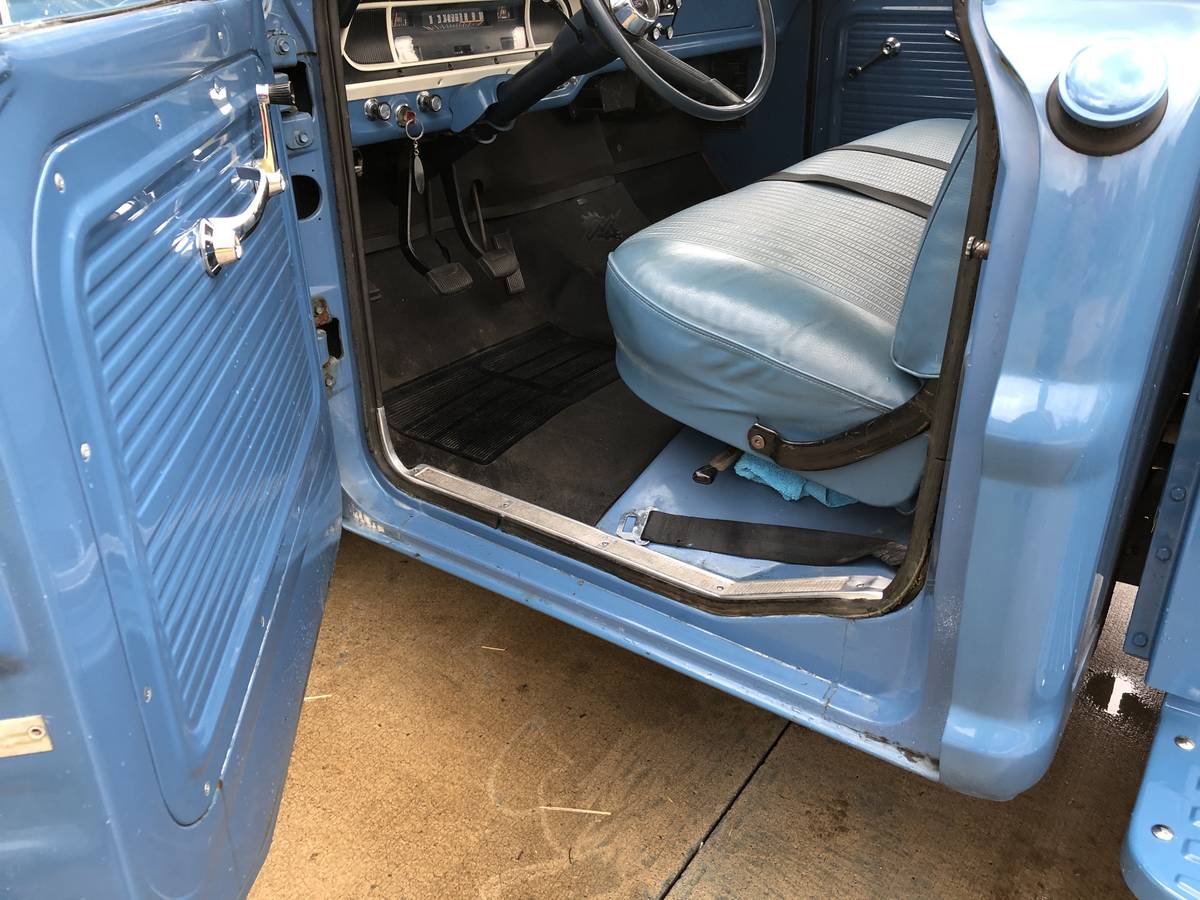 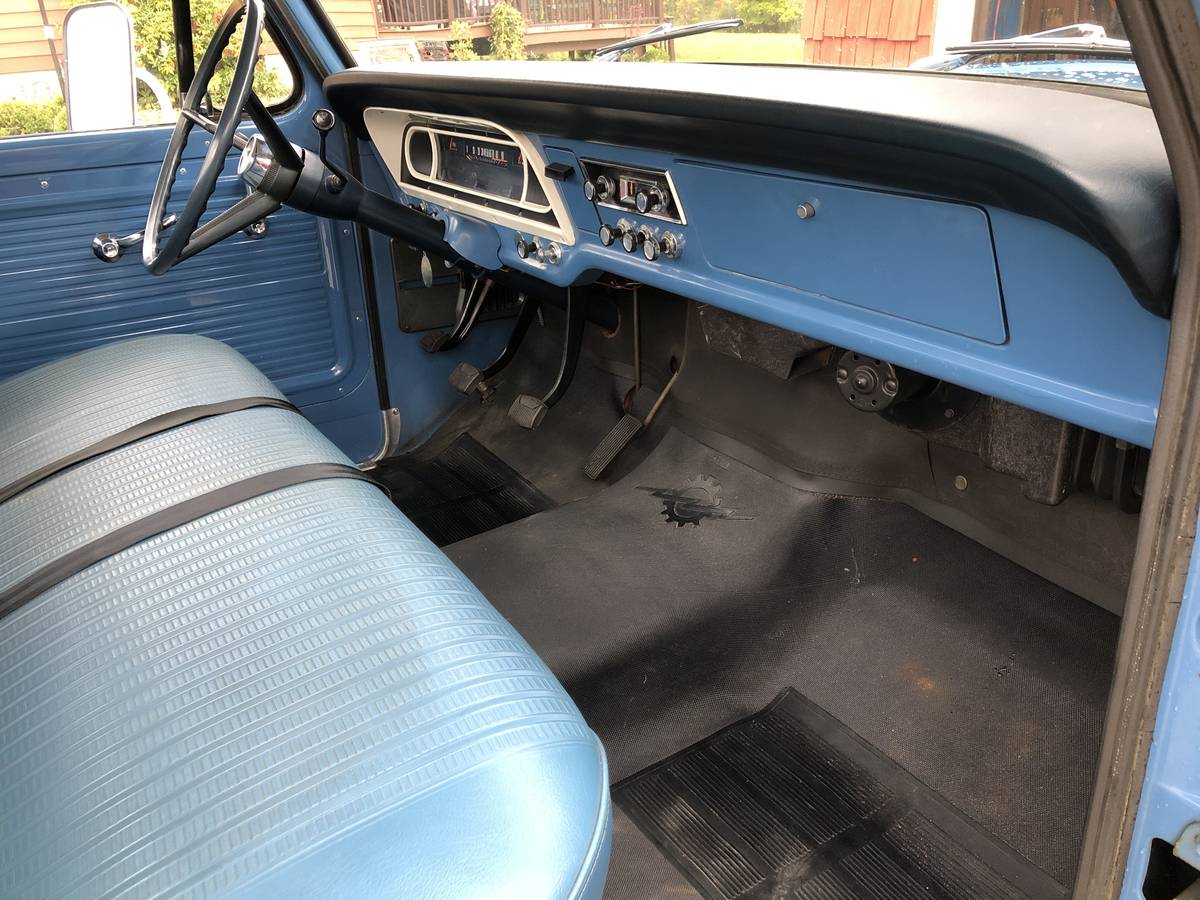 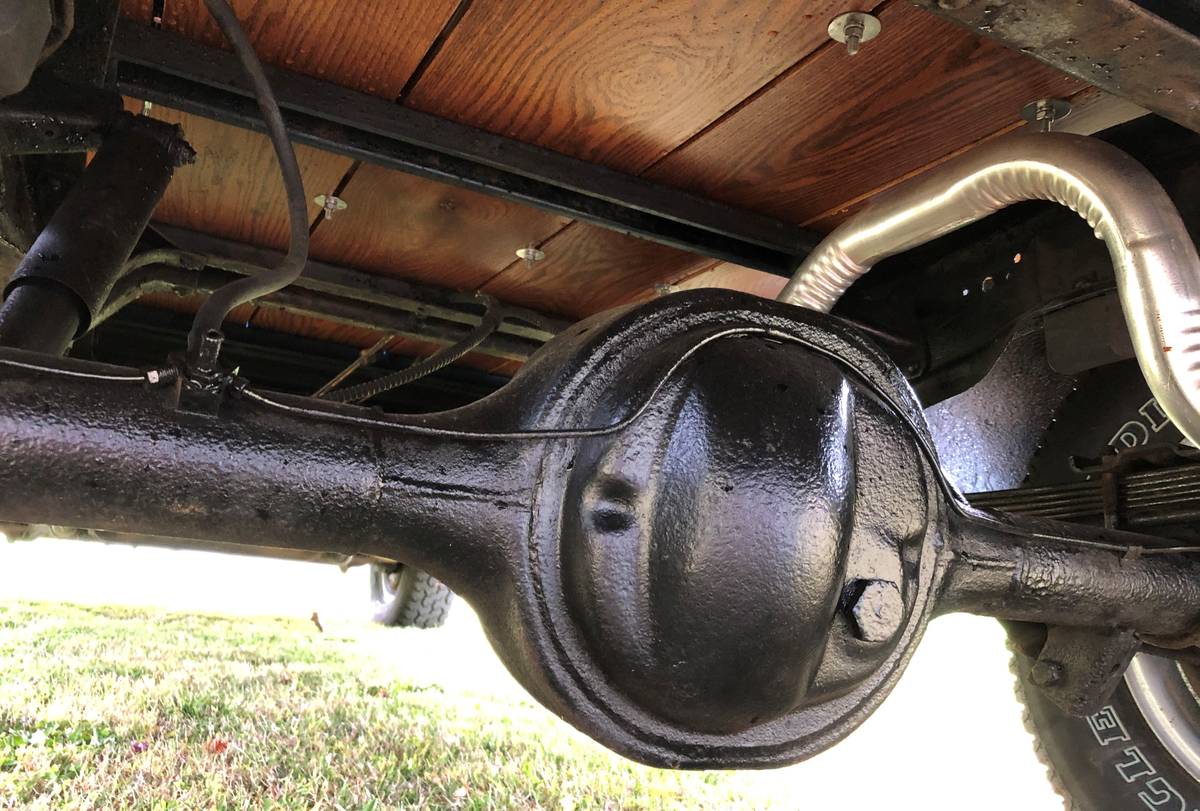 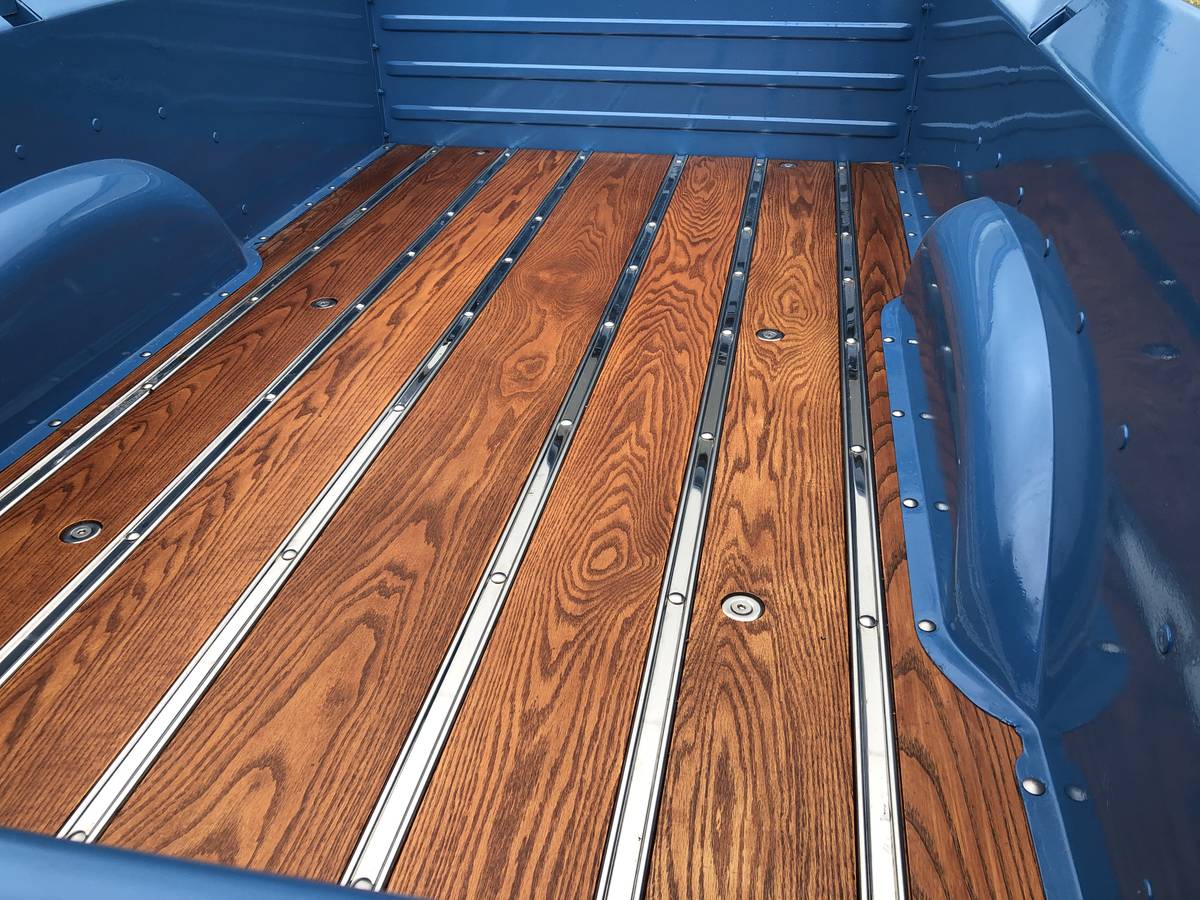 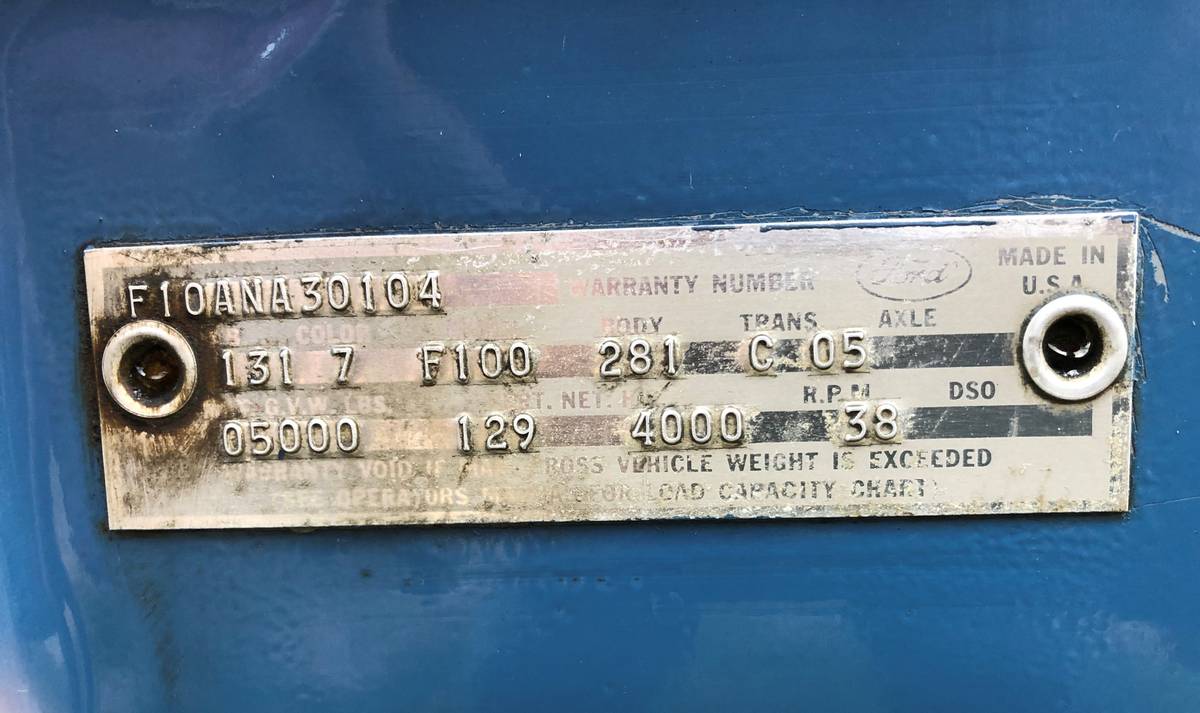 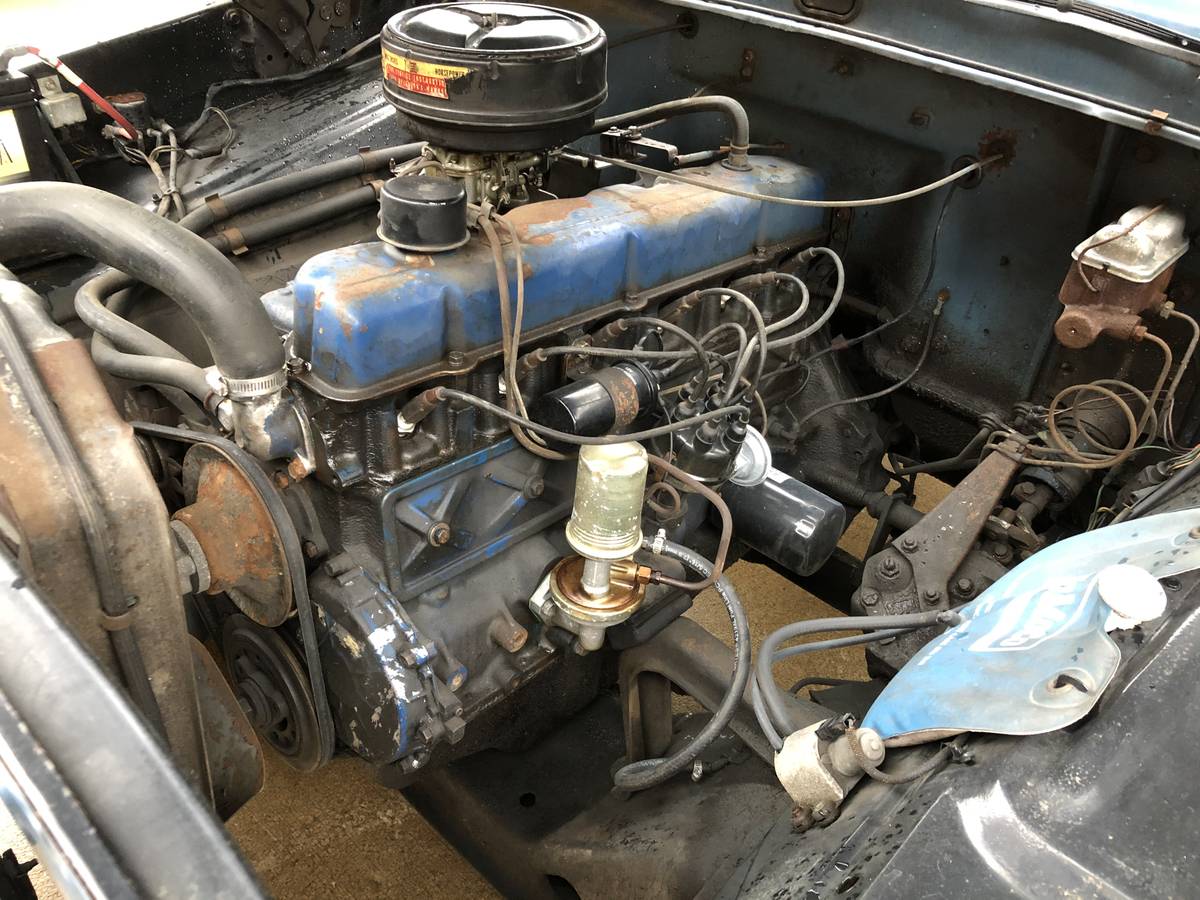 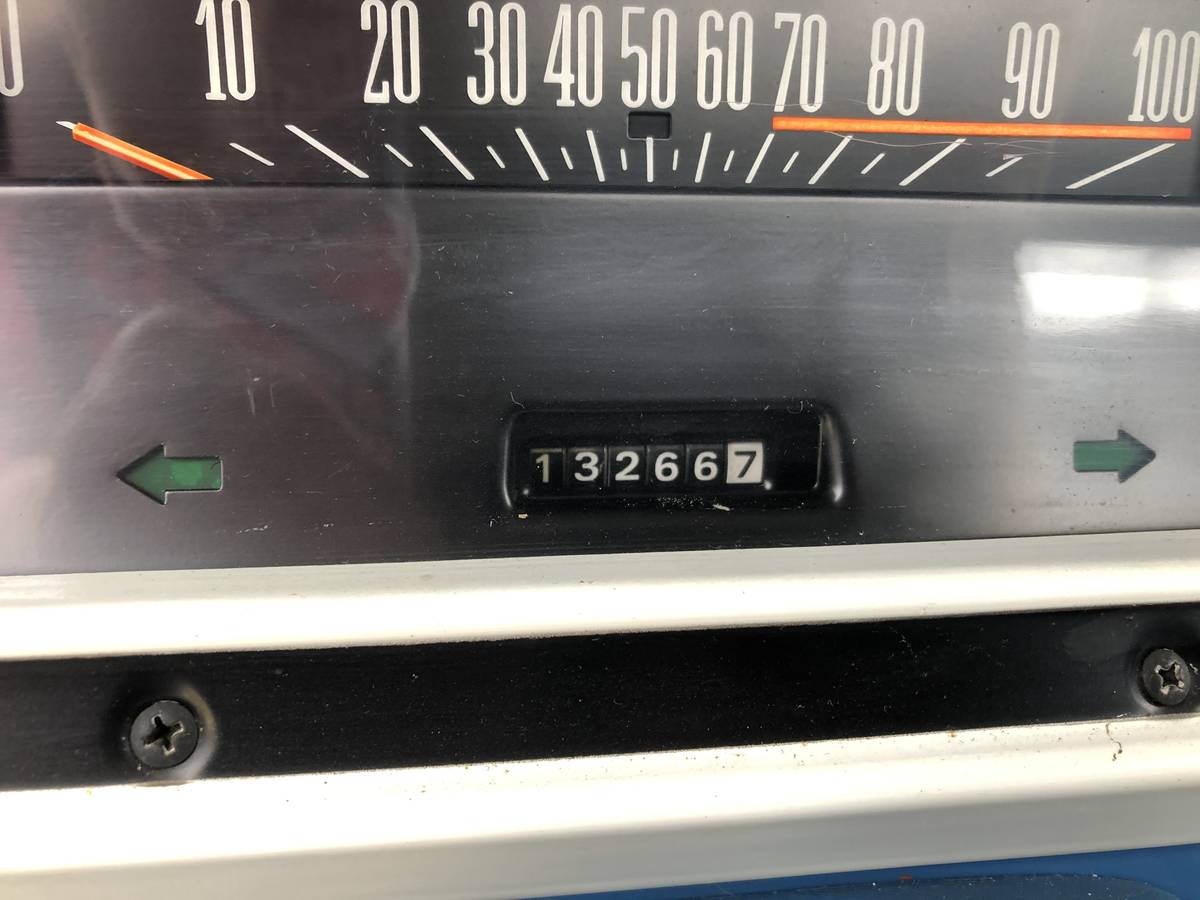 November 16th Update: We just confirmed the private seller of this Ford Pickup deleted their Craigslist ad, so we’re now able to call this one “Sold!”  While this one got away, if you have your heart set on something similar, email us the details of what you’re looking for or call Rudy directly at (908)295-7330.

Classic cars and trucks tucked away in various storage buildings still abound across the U.S. if you know where to look.  A bit rarer among these are low mileage vehicles that were left sitting for many years when their owner passed away.  In this example, this 1967 Ford F100 Flareside listed in October 2020 on Craigslist in Fredonia, New York was stored by the widow of the original owner for over 30 years following her husband’s passing when this truck was still relatively new.  With only 13,622 miles and fully restored with fresh paint and new bed wood, the second owner has decided to offer this F100 with the asking price of $26,500.  Comparing this asking price in the Collector Car Market Review Online Tool reveals the private seller has their low mileage find optimistically priced over seven thousand dollars higher than this guide’s #1 “Excellent” appraisal of  $19,400. However, the Hagerty Insurance Online Valuation Tool provides a second data point confirming the private seller has his F100 priced $100 above the #1 “Concours” appraisal of $26,400.

If you’re looking for a vintage F100 to add to your collection and win car show awards next year with, this may be just the truck for you.  With all that’s needed being a winter’s worth of thorough engine detailing, you better plan storage now for the trophies you will likely receive next summer.  Good luck with the purchase!

“I have decided to sell my 1967 FORD F-100. Runs, drives and operates like a new (1967) truck. It was stored in a ladies garage for over 30 years after the original owners passing. Truck was mechanically gone over completely with a professionally cleaned fuel tank, new fuel lines, carburetor was rebuilt and a new fuel pump was added. Complete tune-up including plugs, points, condenser was done. It starts instantly and runs perfectly. This F-100 had white wagon type wheels when it came out of the garage, cool in 1979 maybe but it was decided to go with the original wheels and a very nice set of original stainless hubcaps. Tires are new Goodyear Wranglers 235/75/R15.
The original bed wood was intact but cracked and warped here and there so a new custom solid oak bed with stainless strips and bolts was added. New exhaust system was installed. Truck has been painted it’s original Harbor blue and really looks awesome! All the chrome was replaced and a real knowledgeable truck person would notice that the front fender emblems are actually 1968 as the 1967’s were not obtainable at the time of the restoration. All lights, wipers, heater, gauges etc. work as they should, the radio comes on but no music. The interior is in near perfect condition as you can tell from the photos. Original jack and equipment is under the seat. To show the truck all it really needs is the engine compartment detailed. The F100 was finished in late August last year and only entered one show where it was awarded best-of-show. (Trophy included if you want it).
All in all it is a beautiful example of a 1967 Ford F-100 and really does have 13,266 documented miles on the clock. Drives better than a brand new F-100 of that era did! (Radial tires) The truck is titled in my name, licensed, insured and I would be glad to have you take it for a ride“