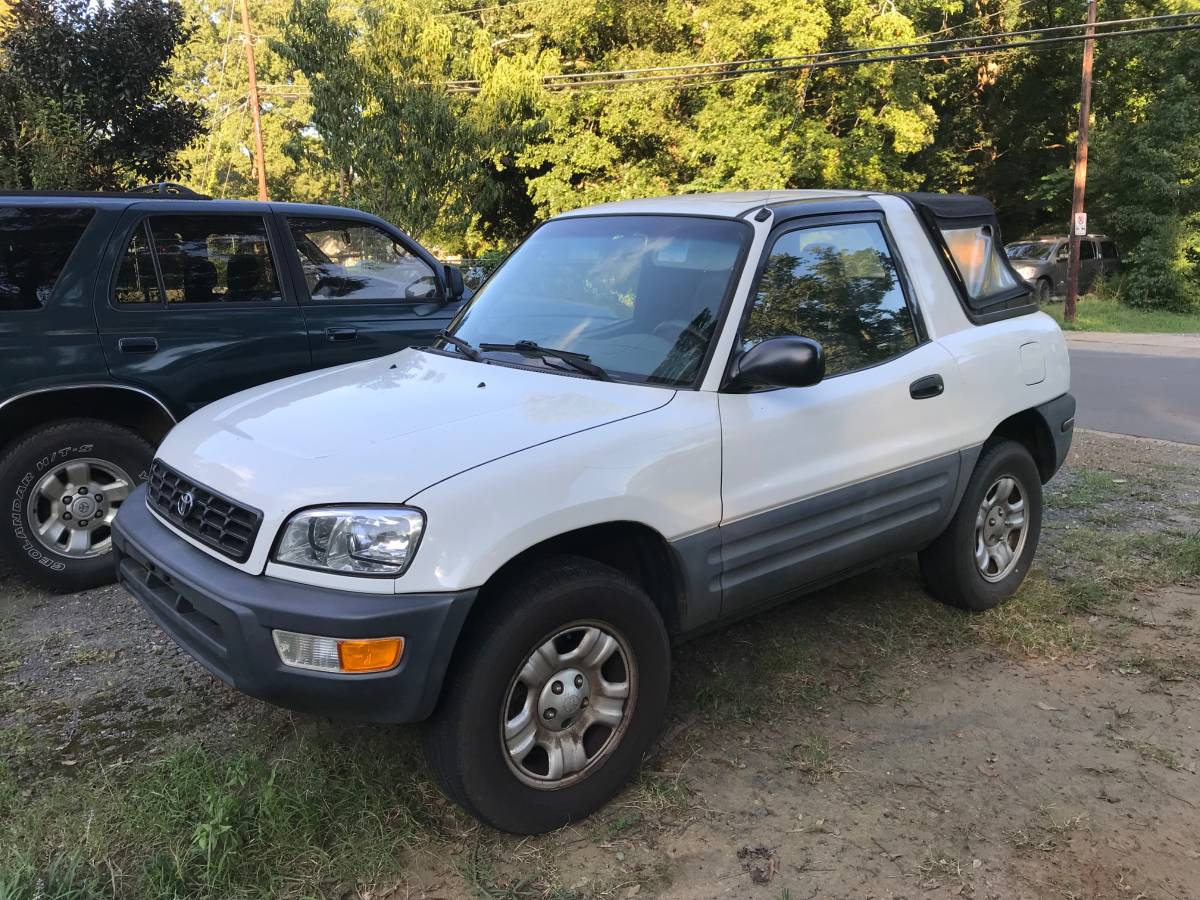 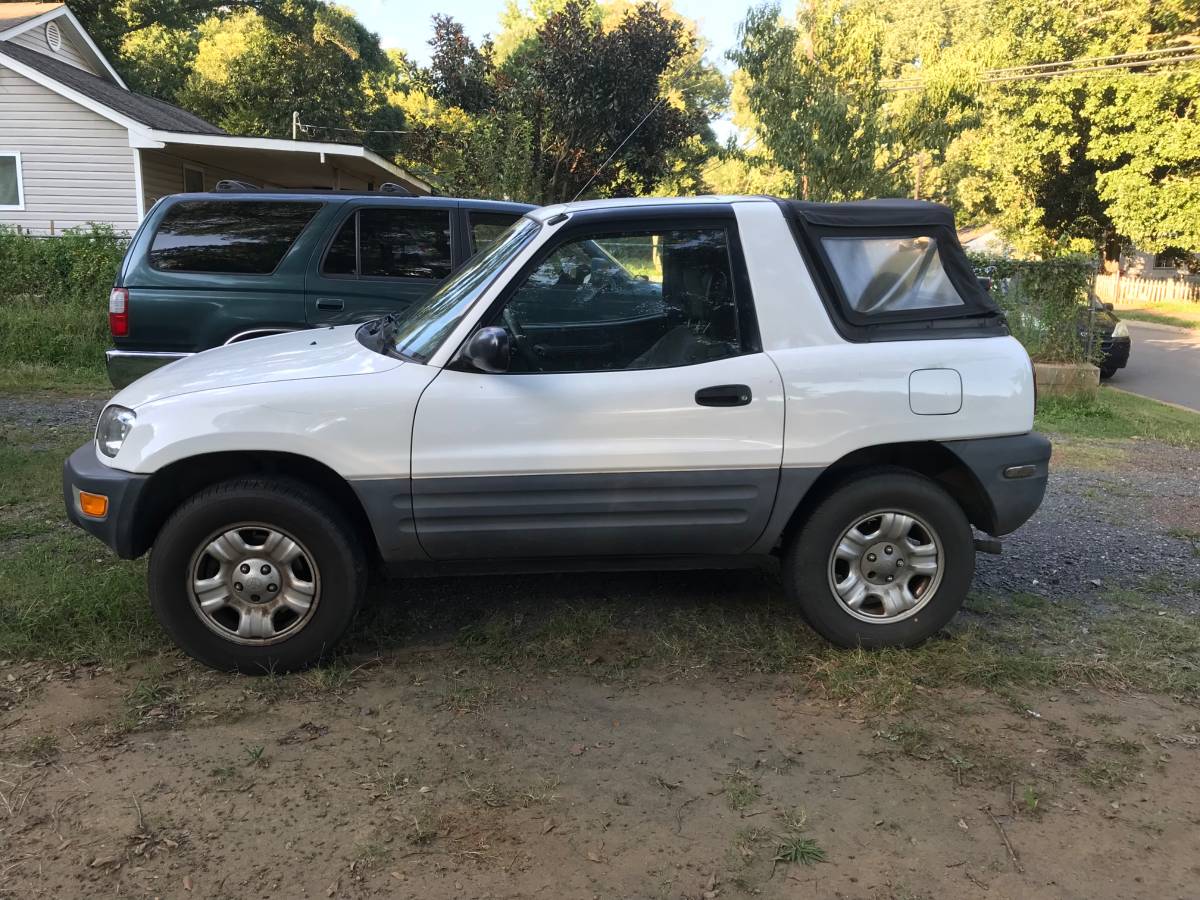 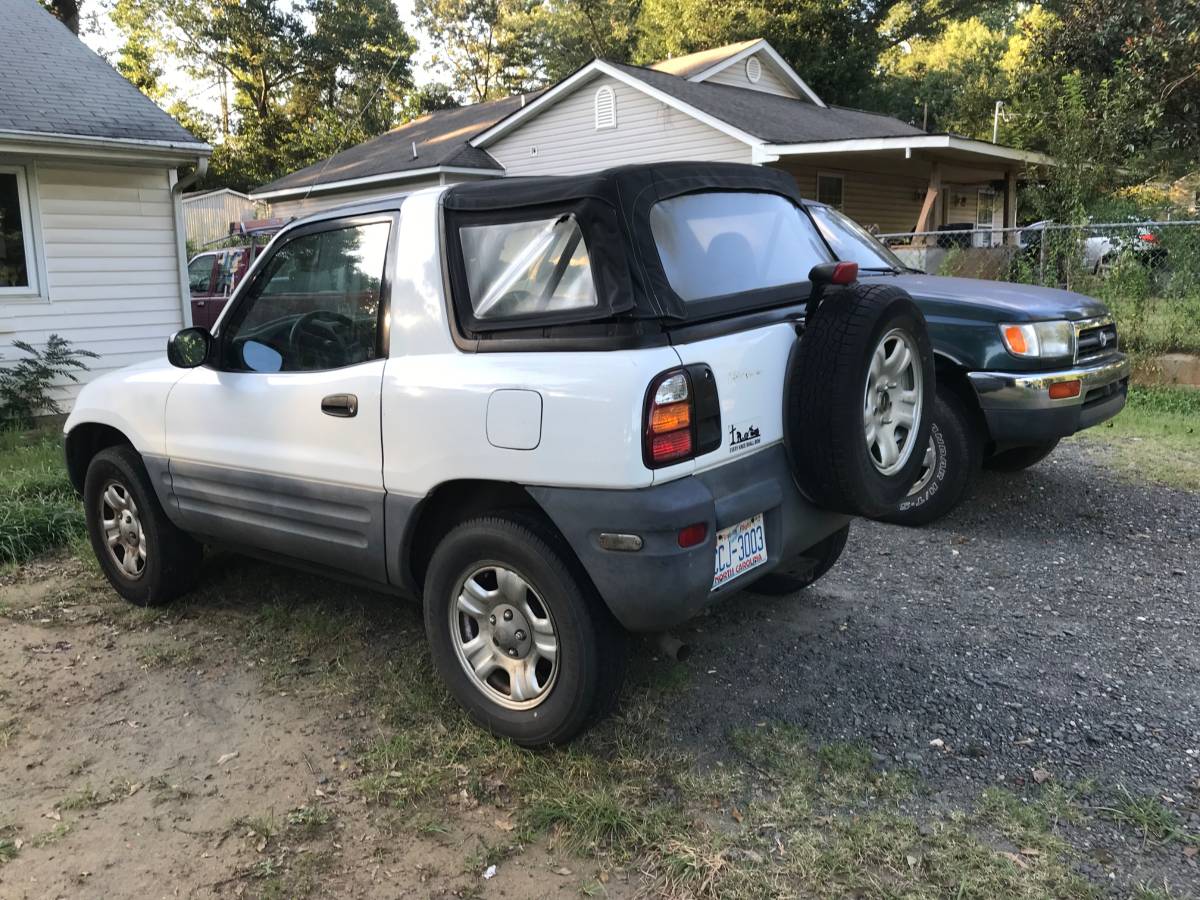 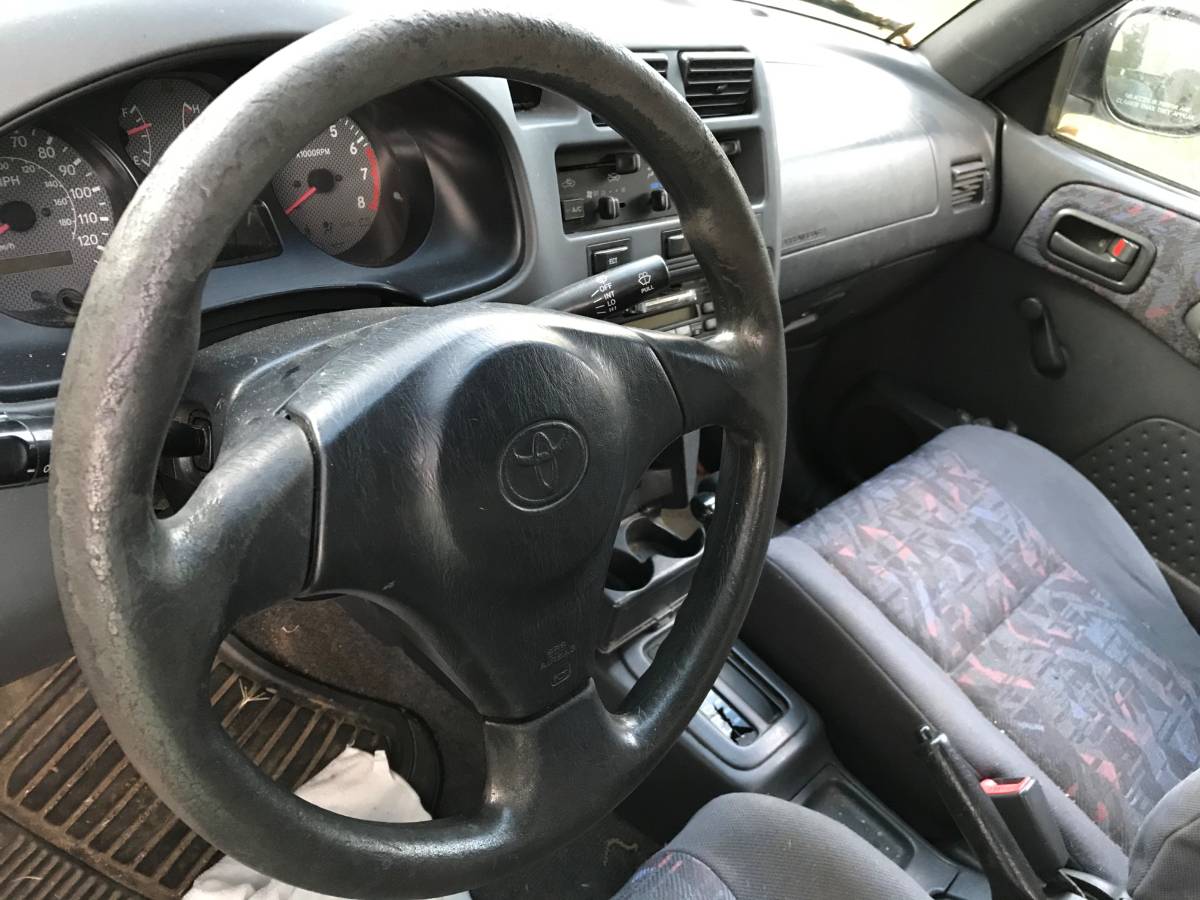 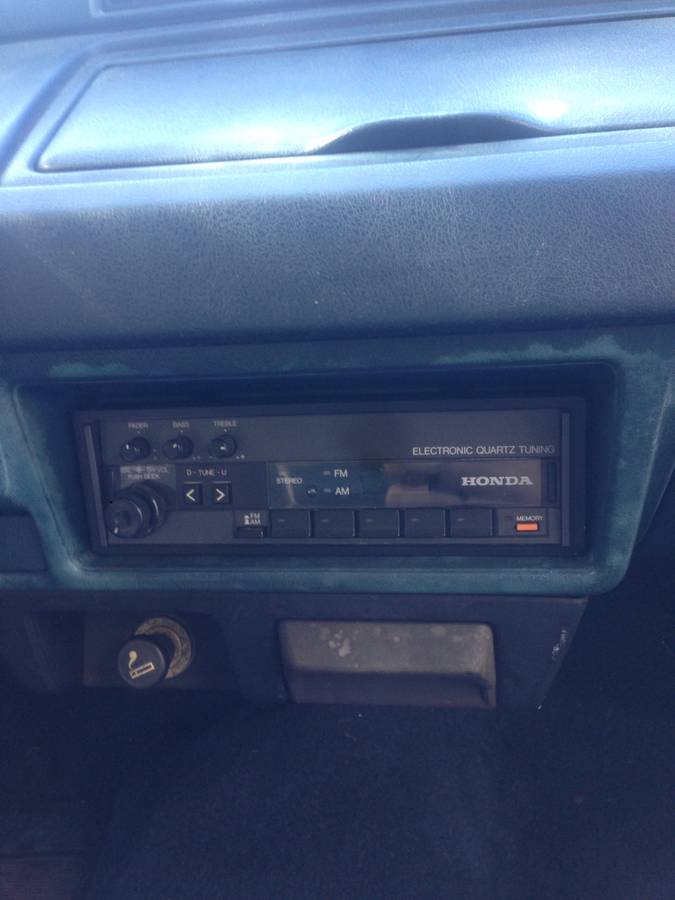 November 12th Update: We just confirmed the private seller of this RAV4 deleted their Craigslist ad, so we’re now able to call this one “Sold!”  While this one got away, if you have your heart set on something similar, email us the details of what you’re looking for or call Rudy directly at (908)295-7330.

The Toyota RAV4 is not so long removed from the company’s lineup that its memory is forgotten, but nostalgia is quickly changing it from the first cute-ute to a Radwood-friendly “soft-roader.” Listed recently on Craigslist in Charlotte, North Carolina was a rare two door 1999 Toyota RAV4 with the optional convertible top. These are near impossible to find, but the values obviously haven’t begun to spike-like other vehicles from the same era, with the NADA Price Guides listing the “Average” value as being $3,175.  This one is priced even lower at $1,000 due to a bad battery and starter, so it is a project – but a totally rad one.

When some enthusiasts think of the RAV4, it can be viewed with a negative connotation; after all, it and the Honda CRV ushered in a wave of small, unibody sport utility vehicles that has continued unabated to this day. The popularity of this class of vehicles undoubtedly caused the demise of various sedans and coupes and had led to almost every manufacturer building a lineup centered around high-riding vans with underpinnings that couldn’t actually go off-road. Ironically, the RAV4 actually came with a locking center differential when equipped with four wheel drive, and a limited slip rear differential was an option. Of course, the most exciting option was the convertible top, as seen here.

The RAV4 pops up for sale quite often with four doors, and is hardly a collector car – it’s just a used sport utility vehicle. But the two door model is far harder to find, and the soft top next to impossible. After the Consumer Reports expose on the Suzuki Samurai, the two door, short wheelbase trucklet seemed to go the way of the dinosaur, but then Toyota decides to build one with a soft top and truly funky interior upholstery patterns. No word on how this one is optioned with regards to four wheel drive and limited slips, but it’s worthy of a look for the folding roof alone. It sounds like a project, but if there’s no rust, it’s a shoo-in for a fan favorite at next year’s Radwood gatherings. Good luck with the purchase!