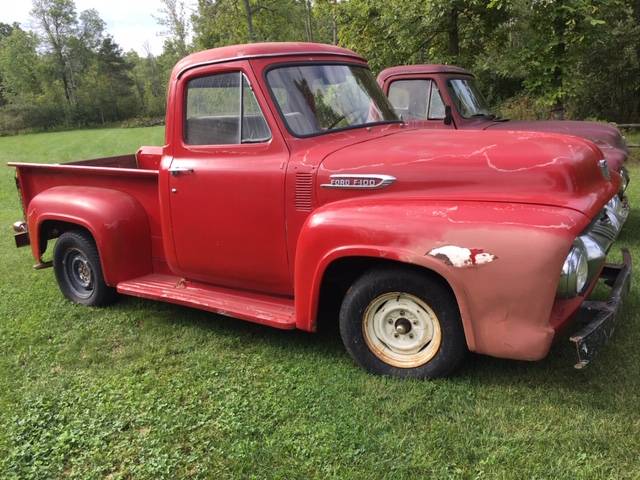 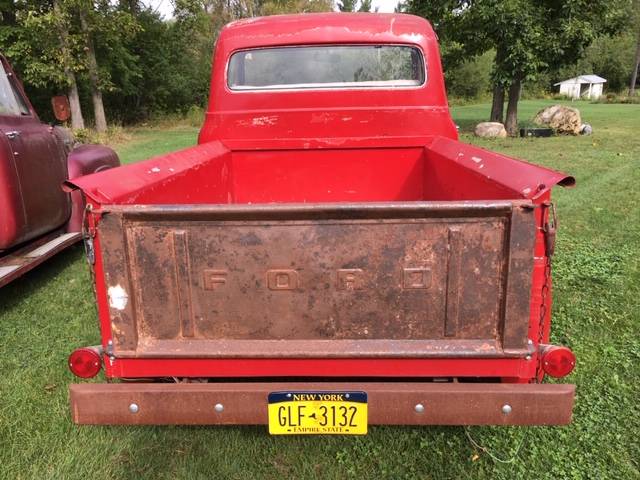 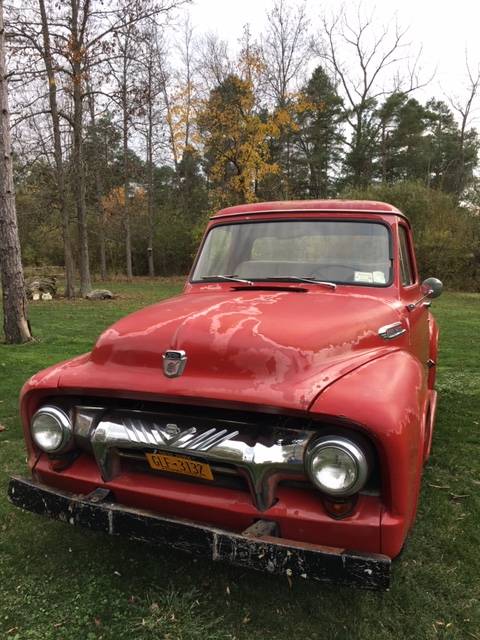 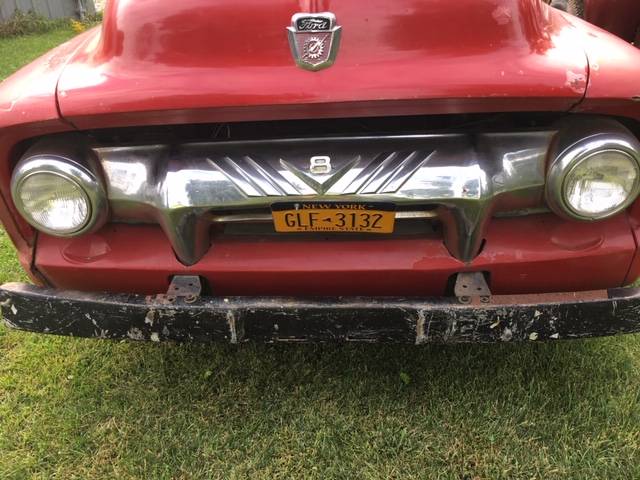 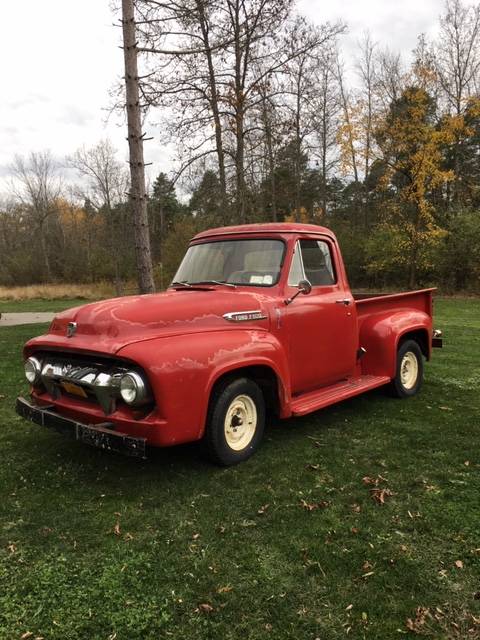 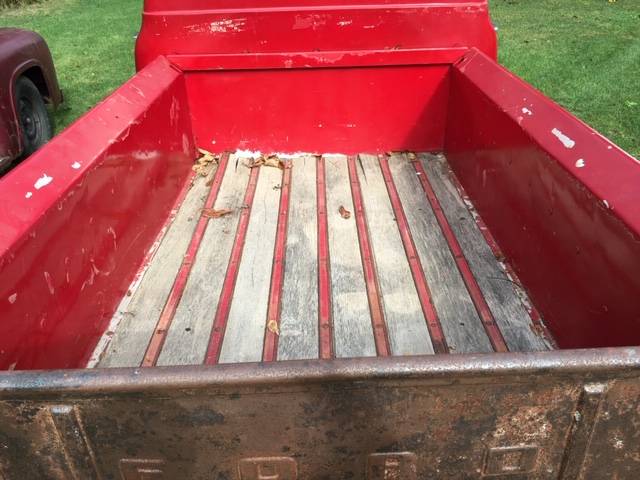 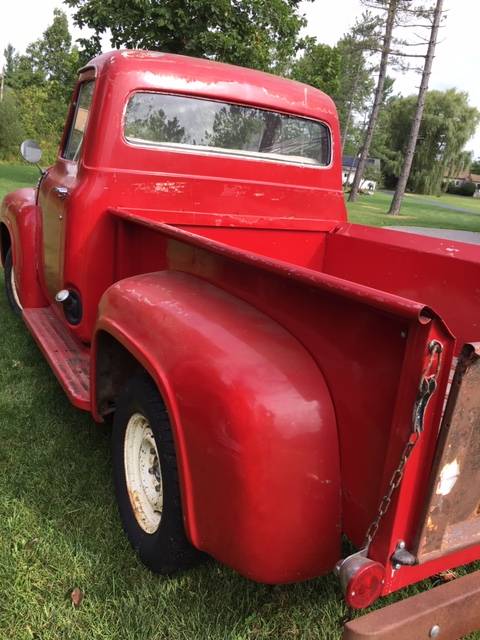 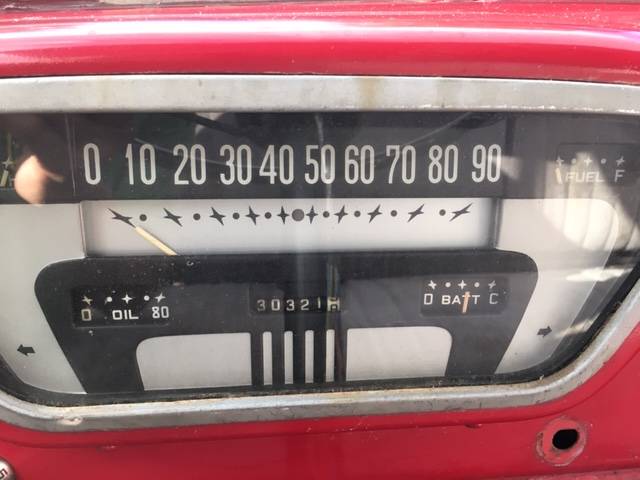 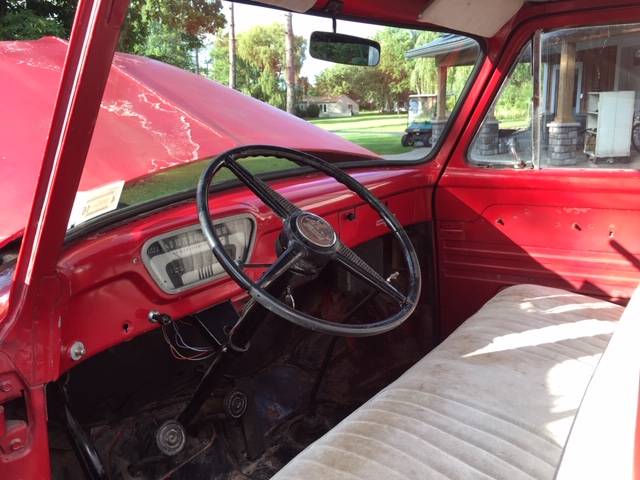 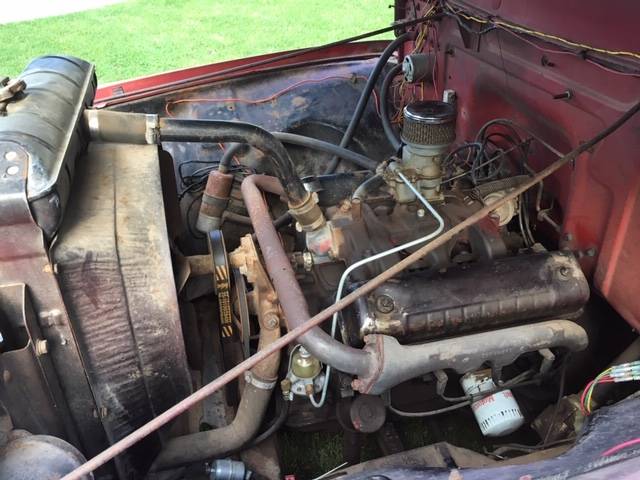 November 10th Update: While updating our Truckin’ Tuesday database, we confirmed the private seller of this ’54 Ford F100 deleted their Craigslist ad, so we’re now able to call this one “Sold!”  This one may have got away, but if you have your heart set on something similar, email us the details of what you’re looking for or call Rudy directly at (908)295-7330.

In our humble opinion, Ford’s second-generation F-Series pickups produced from 1952 through 1956 remain the brand’s most iconic design and for many traditional hot rodders, it remains the truck of choice for their dream build. While the ’56 model’s one-year-only wrap-around windshield makes it the more popular year, we prefer this 1954 example listed recently on Craigslist in Elma, New York (Buffalo) as it features its original flathead that was the final year before Ford switched to its overhead-valve Y-block design.  Originally a New Mexico truck, the current caretaker is asking $10,500 for his F-100.  Researching the Collector Car Market Review Online Tool reveals the private seller has their F-100 priced between this guide’s #4 “Fair” estimate of $6,050 and its #3 “Good” appraisal of $14,750.  Similarly, using the Hagerty Insurance Online Valuation Tool as a second data point confirms this private seller has his Ford priced between the #3 “Good” appraisal of $17,400 and the #4 “Fair” (Daily Driver) estimate of $10,000.

Here’s the Hagerty Insurance take on this generation of Ford Pickups:

The second generation of Ford’s F-Series truck line was one of the first post-war pickups to gain collector status as happy Ford owners began holding onto these trucks in the 1970s. As such a lot fewer were left to rot out on fence lines. A lot of these trucks, however, saw engine swaps and less than authentic restorations, which makes a bone stock example exceedingly rare today.

The most popular and unique year of this generation Ford is the 1956 model, as this was the only year of this generation that had a wrap-around windshield. While long-legged owners have to pay attention to ingress and egress lest they bash their knees into the door frame dogleg, the unique styling rules the day for everyone else.”

This F-100 has a lot of potential that could have it stay as mostly is as an unrestored Rat Rod or go all out with restoration. As long you decide to keep the vintage flathead V8 in place, we wish you Good luck with the purchase!

“1954 Ford F100 truck Original engine V8 239 c.i. Very solid body and frame, I bought it from New Mexico . If you are looking for a very solid truck that has not seen a Northeast winter the first one is for you. All new glass has been installed. Needs some interior finishing, new wood on the bed. Would not take too much to make it great! email me, or call or text me at seven one six, eight six three, three one four-six for more info.“

Restore or Rat Rod: What would you do with this F100?  Comment below and let us know!