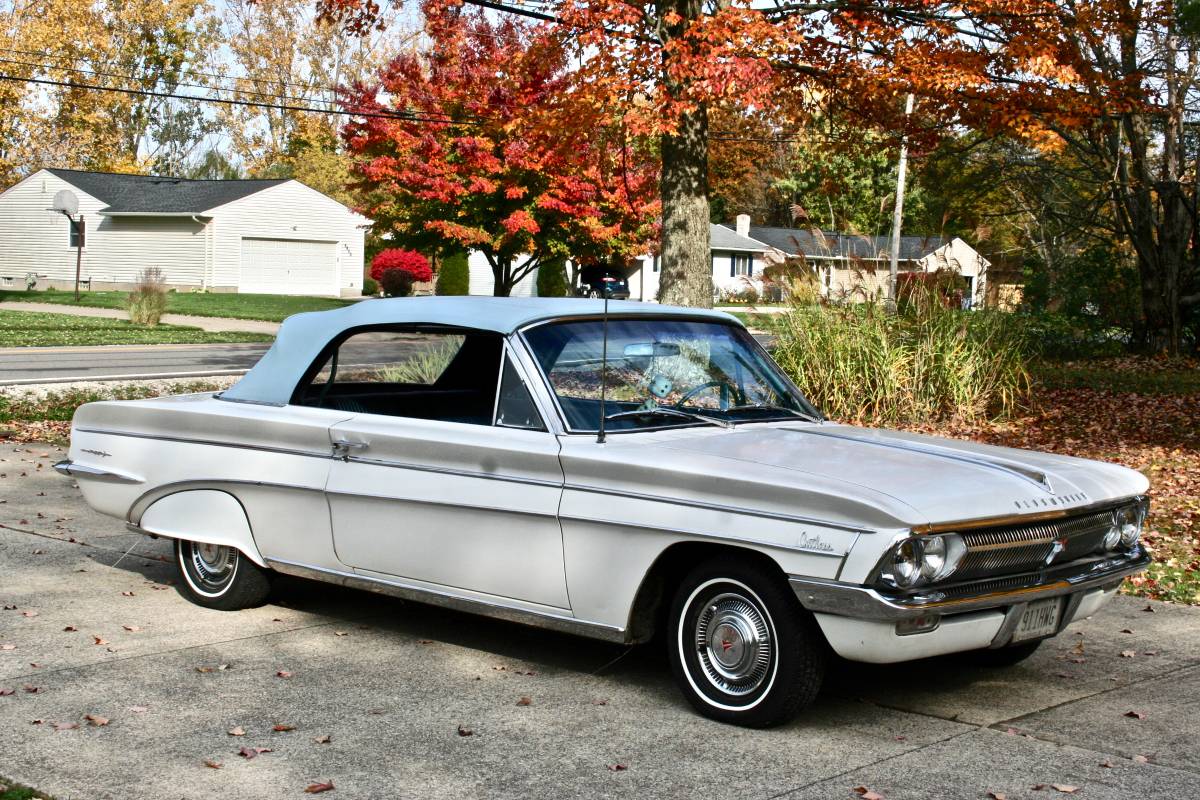 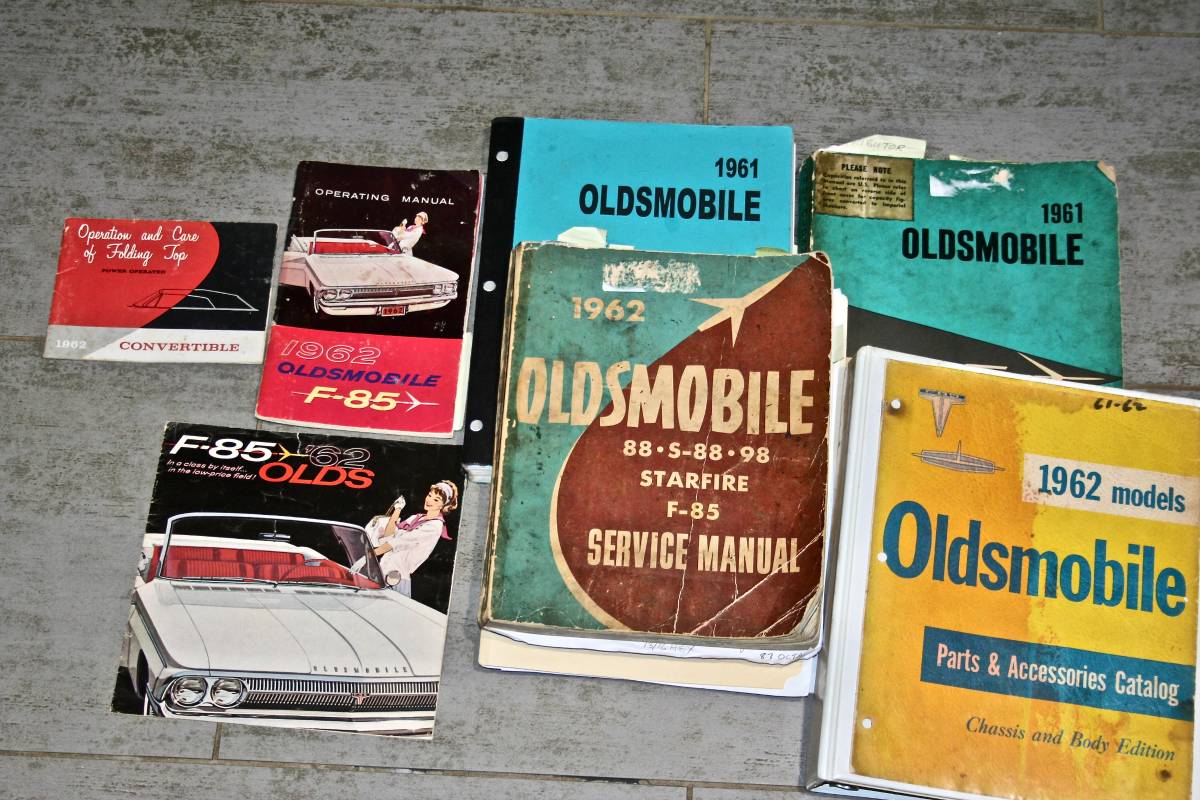 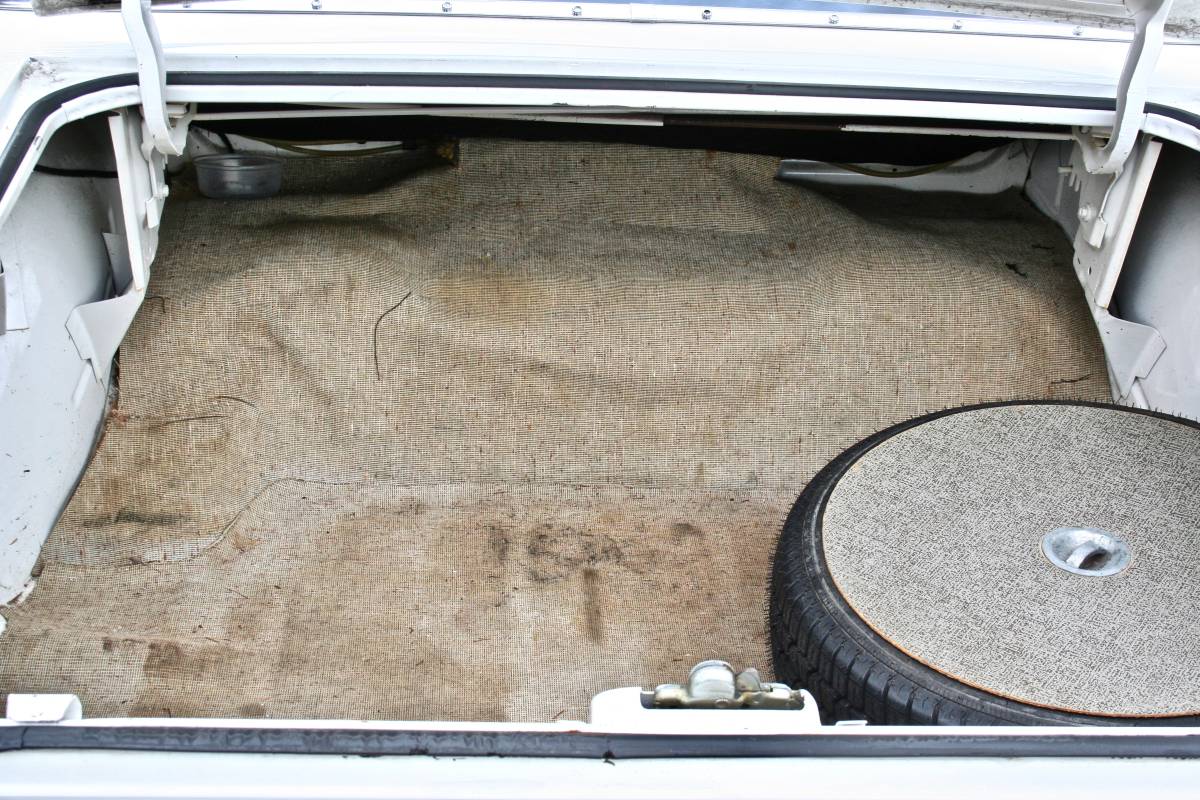 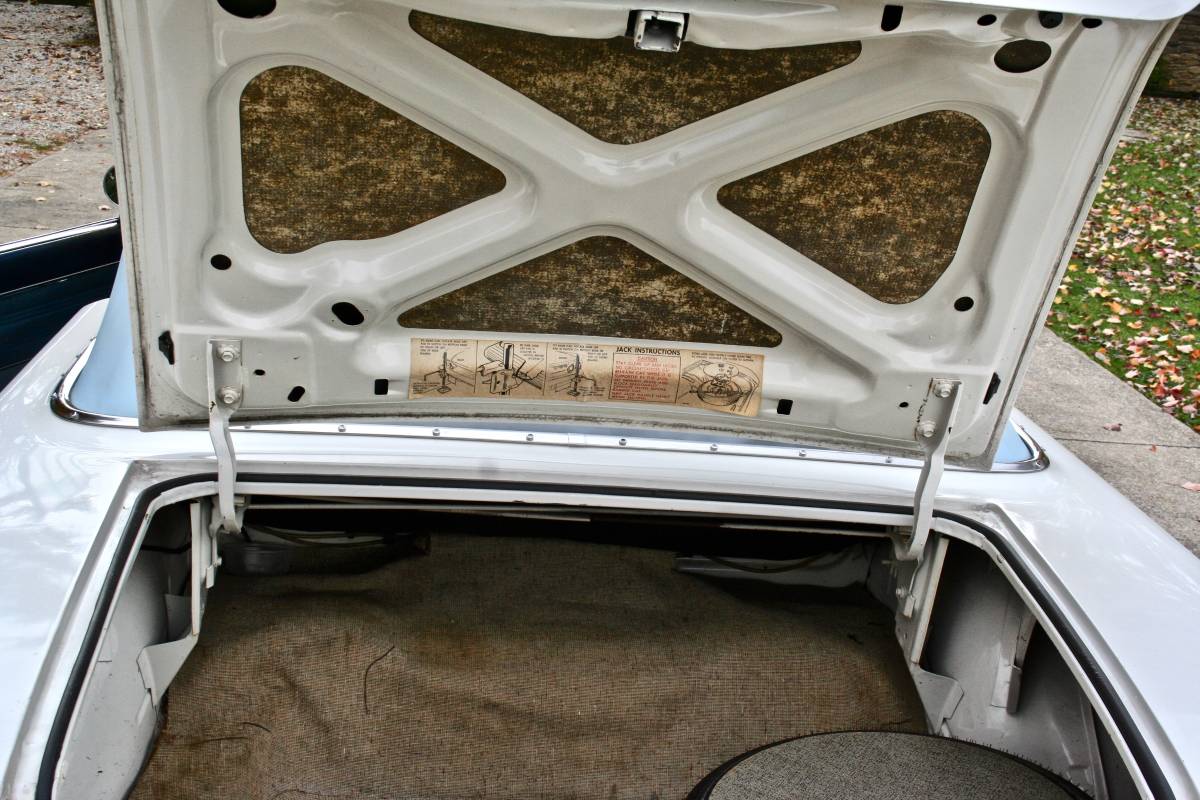 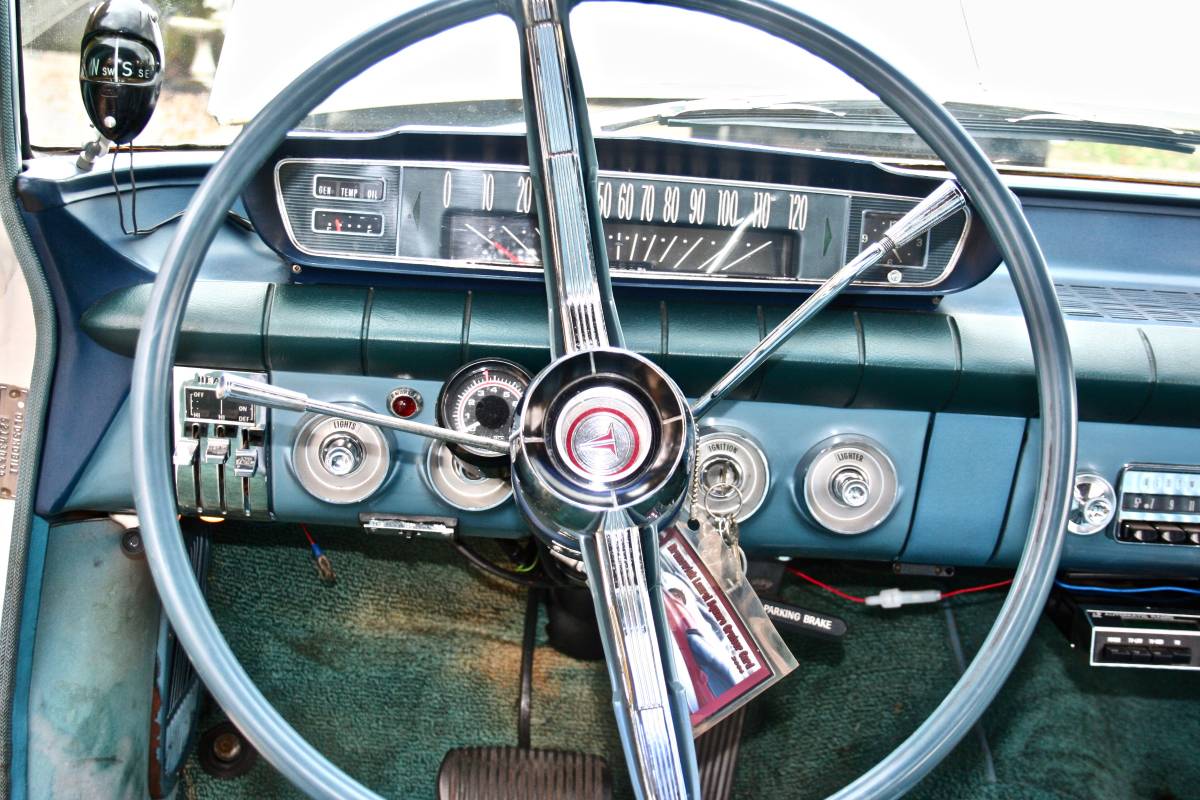 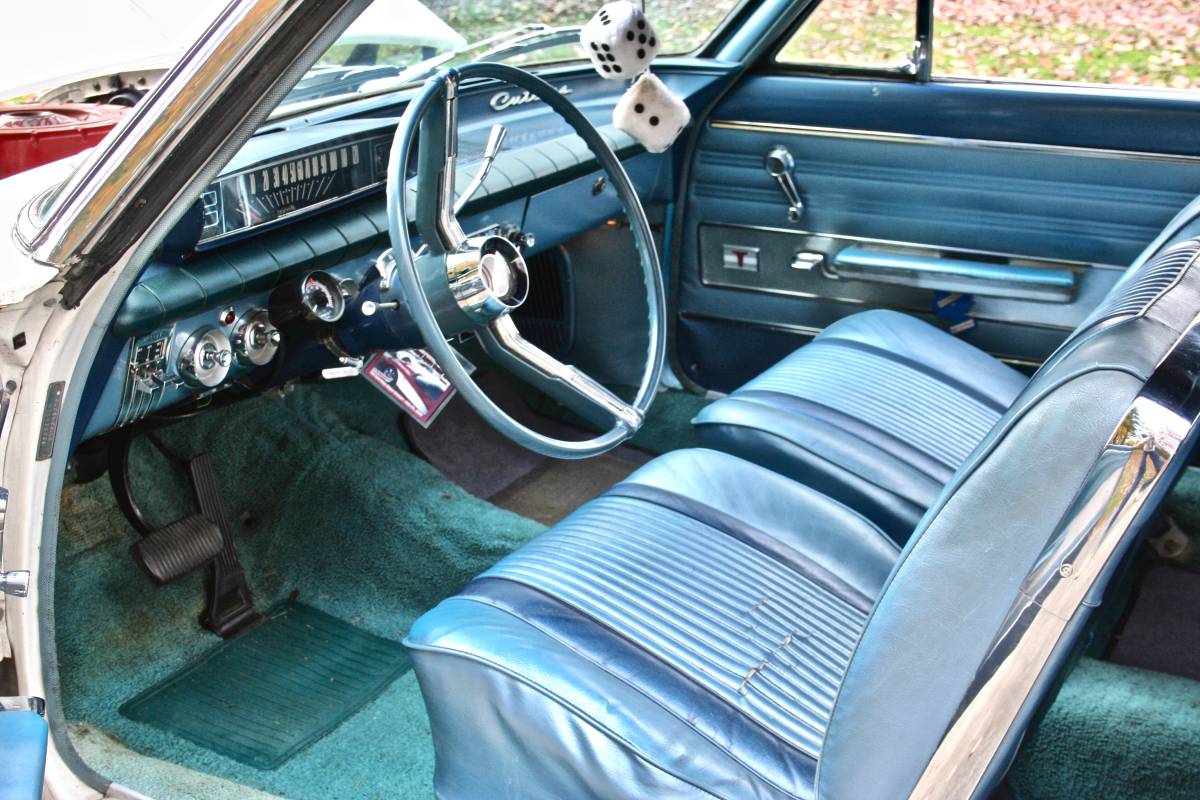 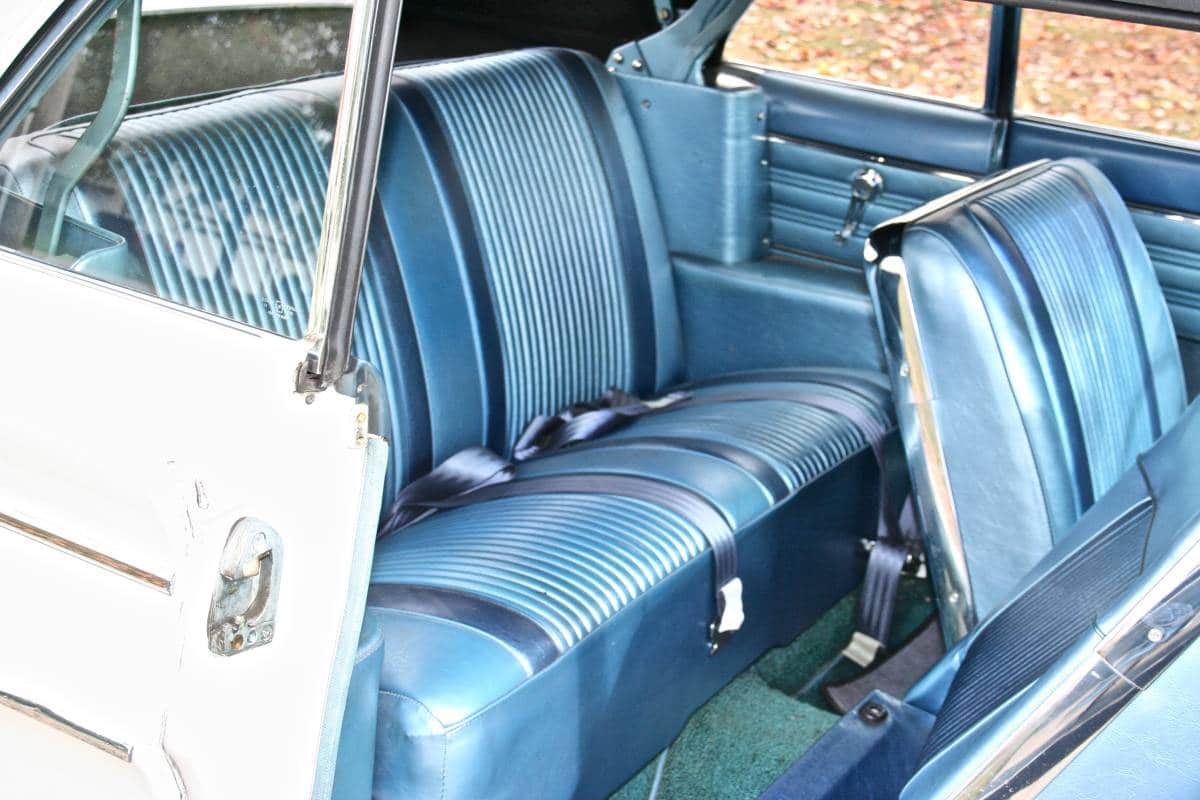 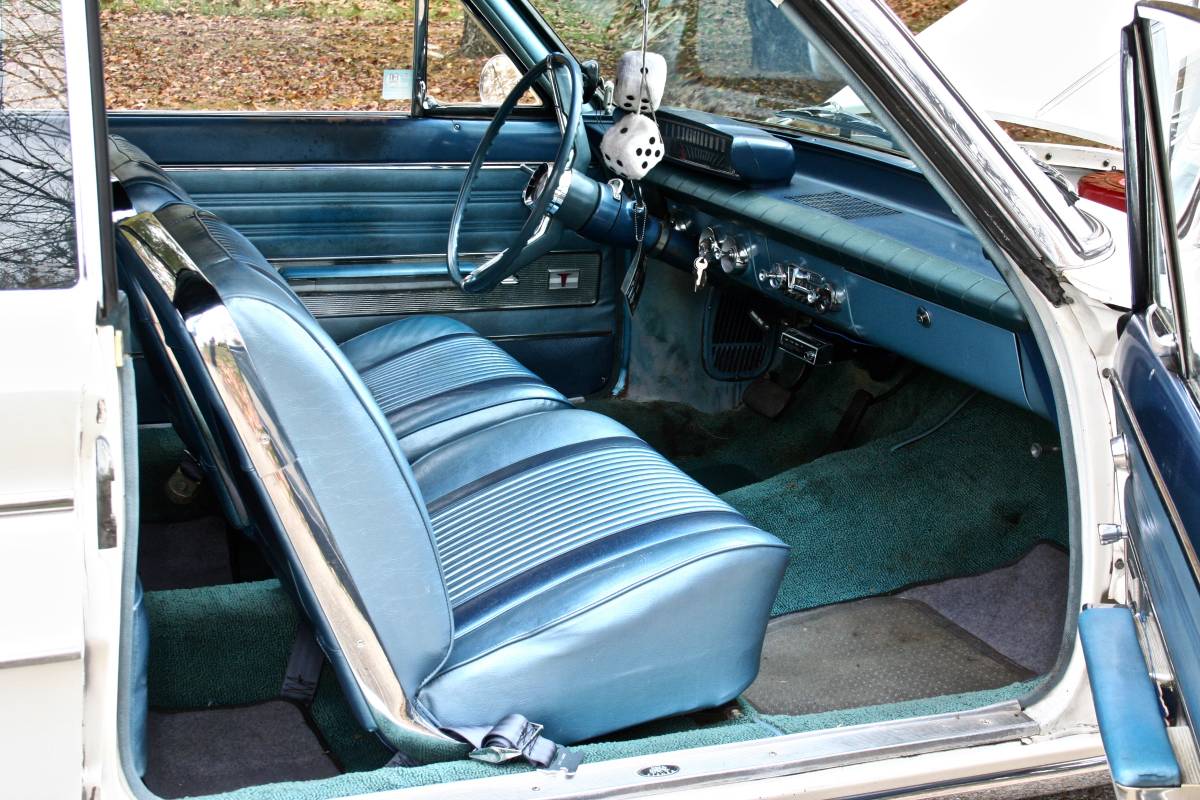 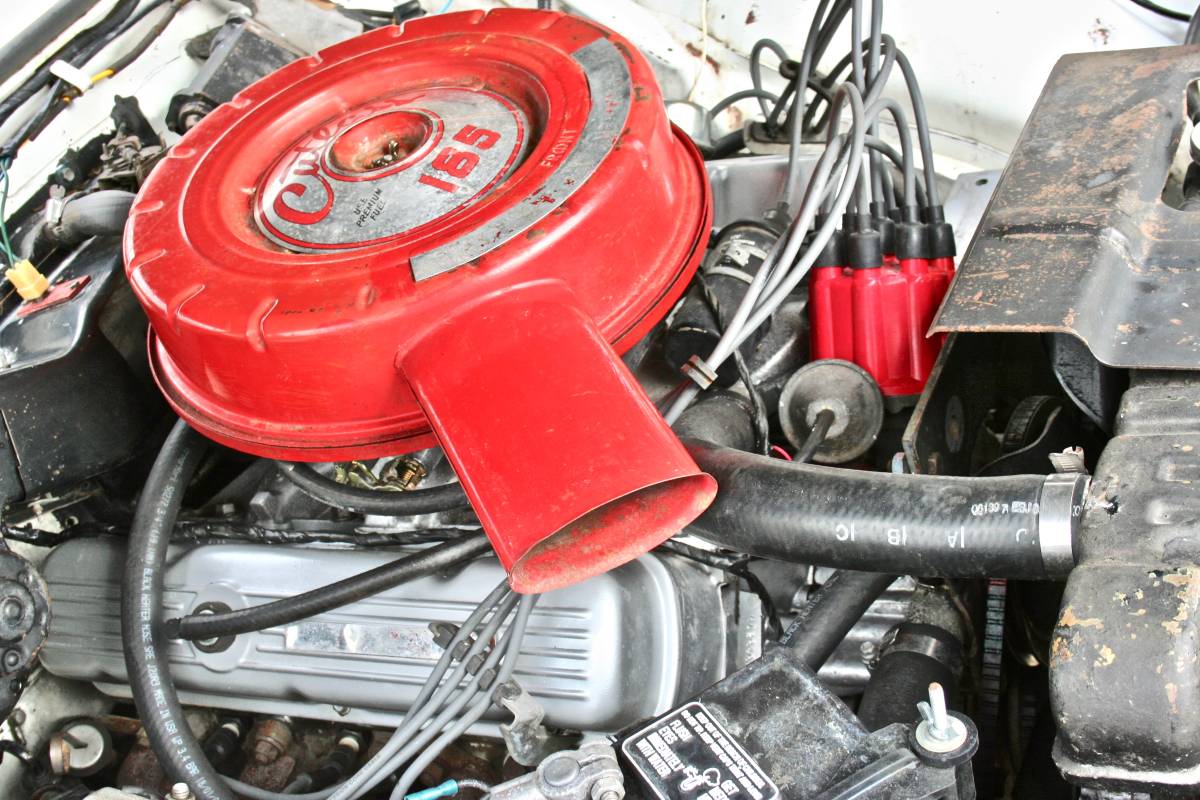 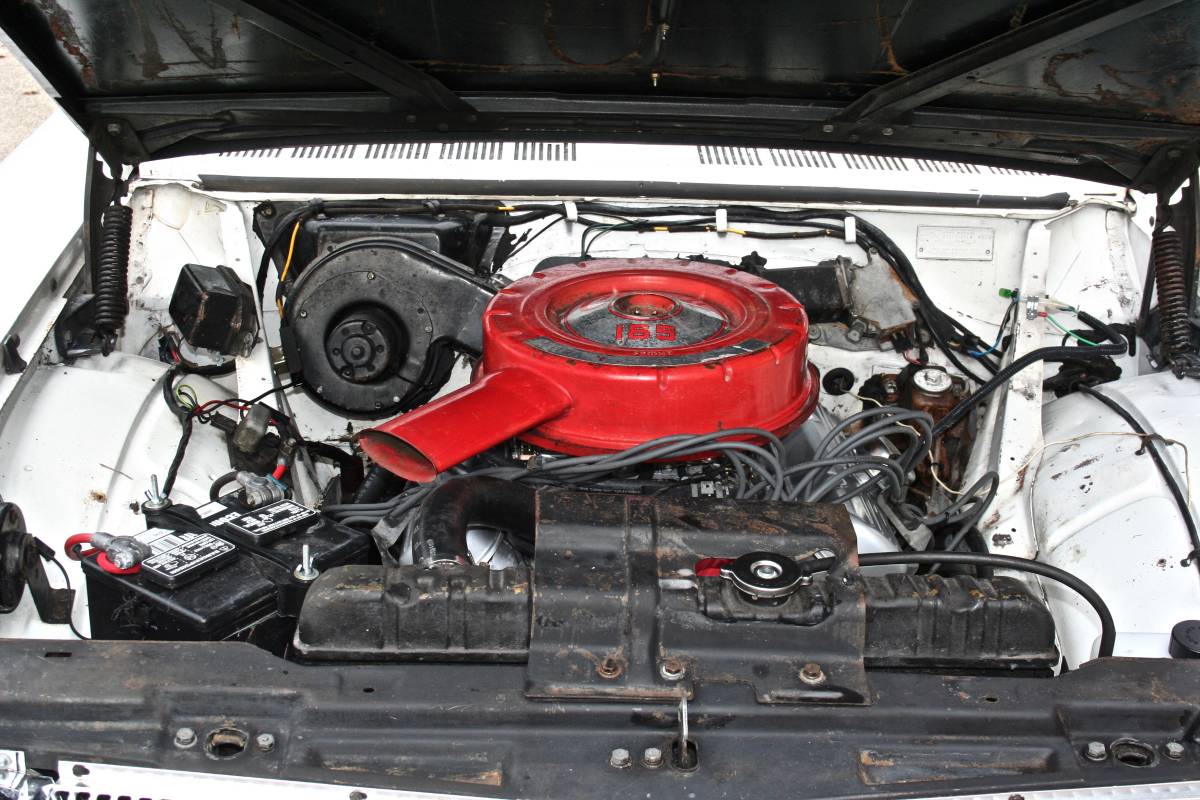 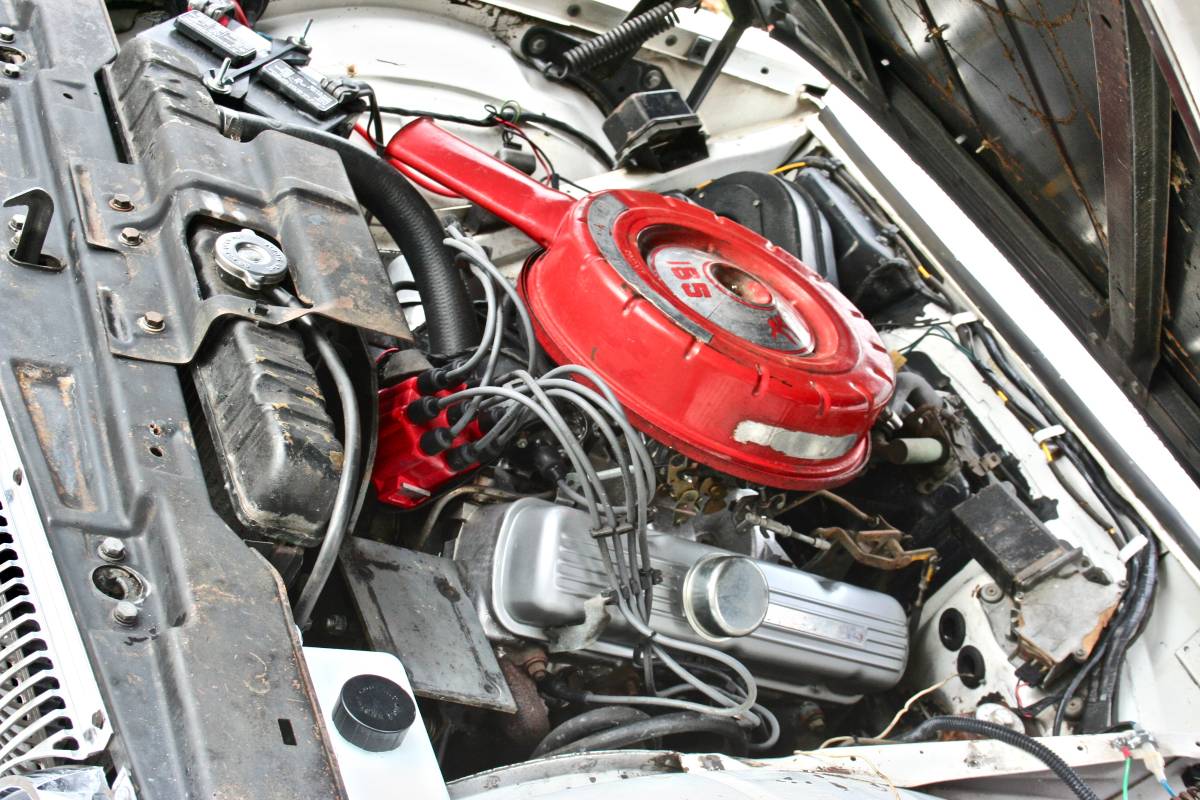 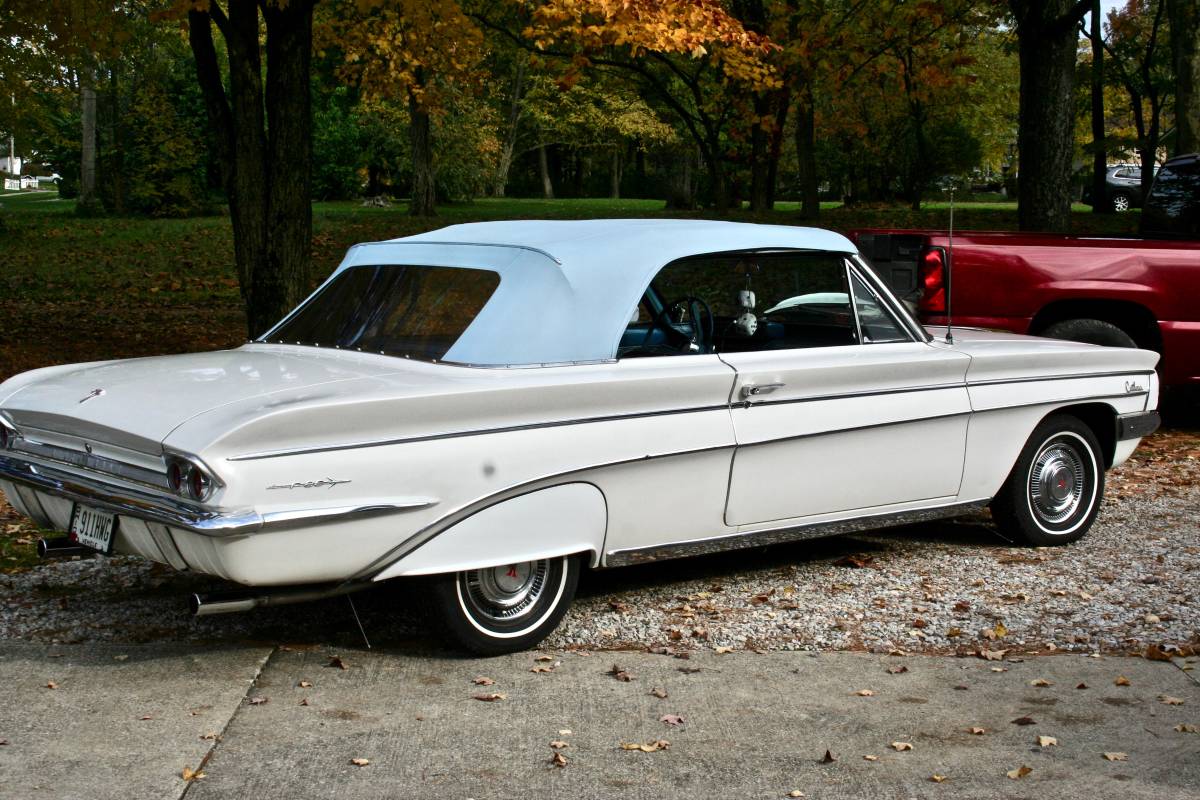 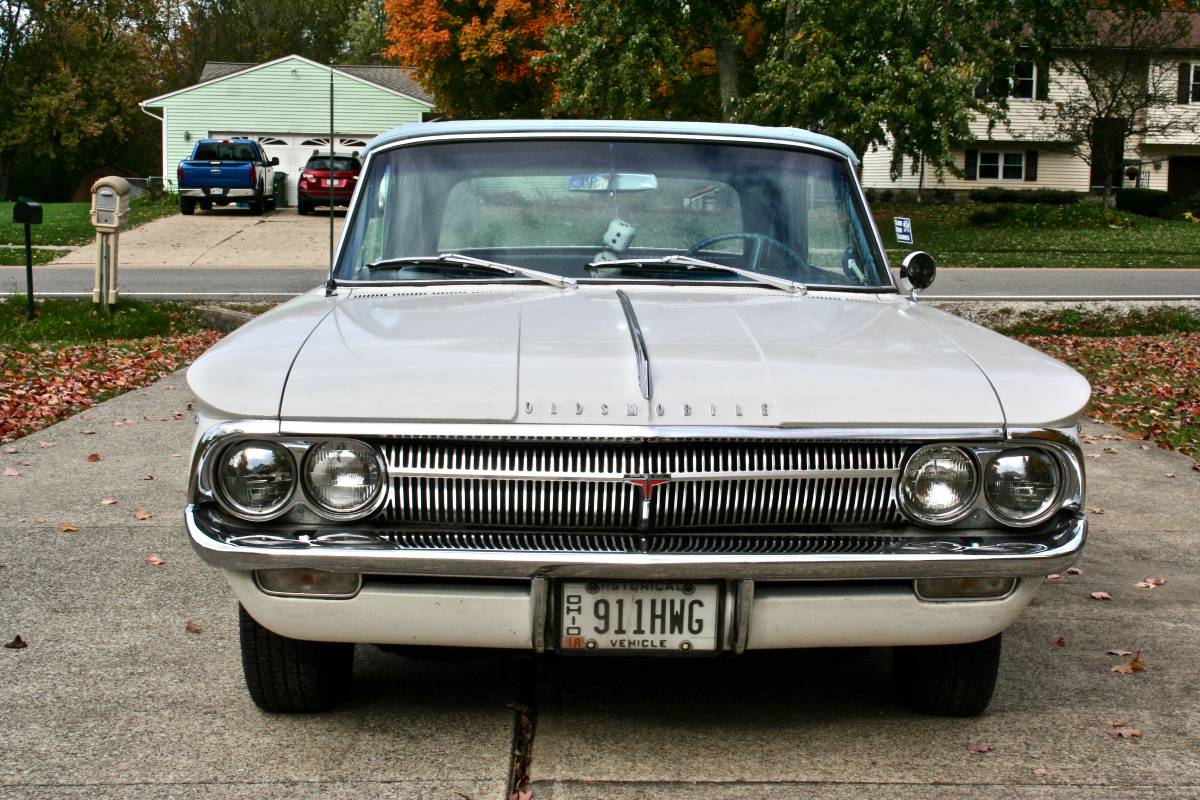 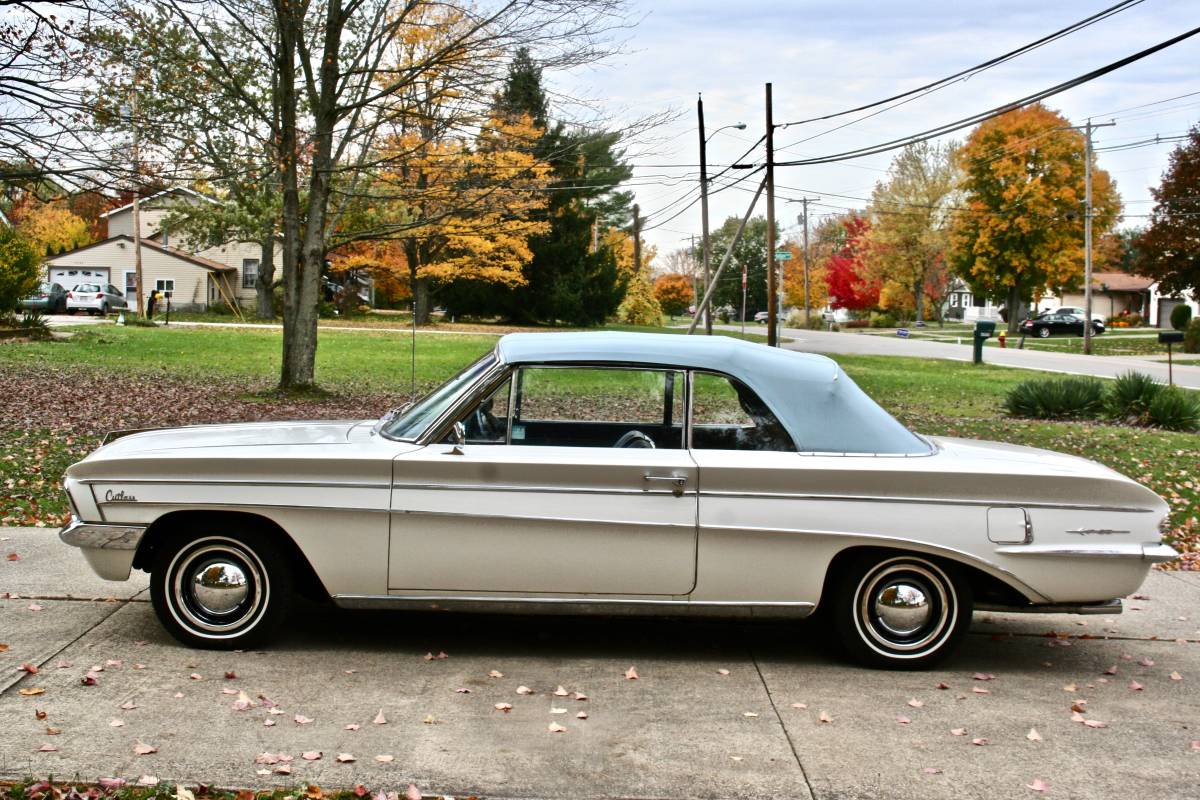 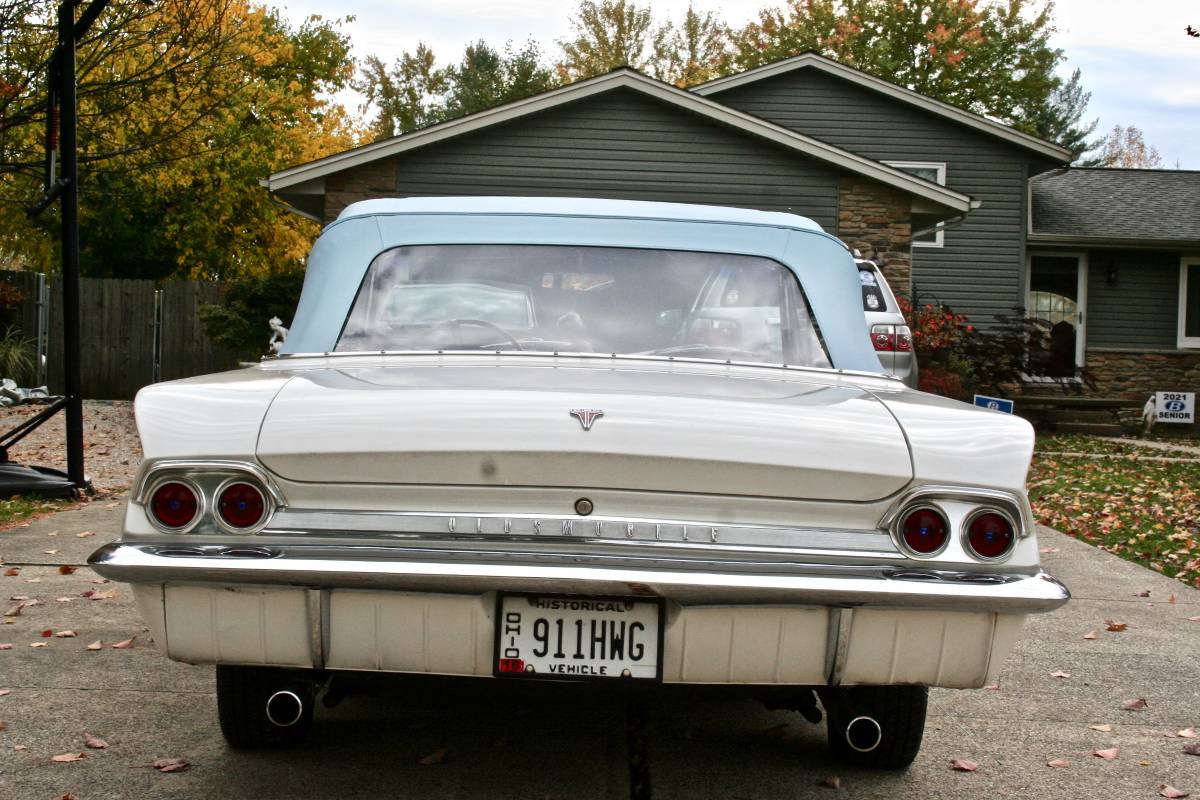 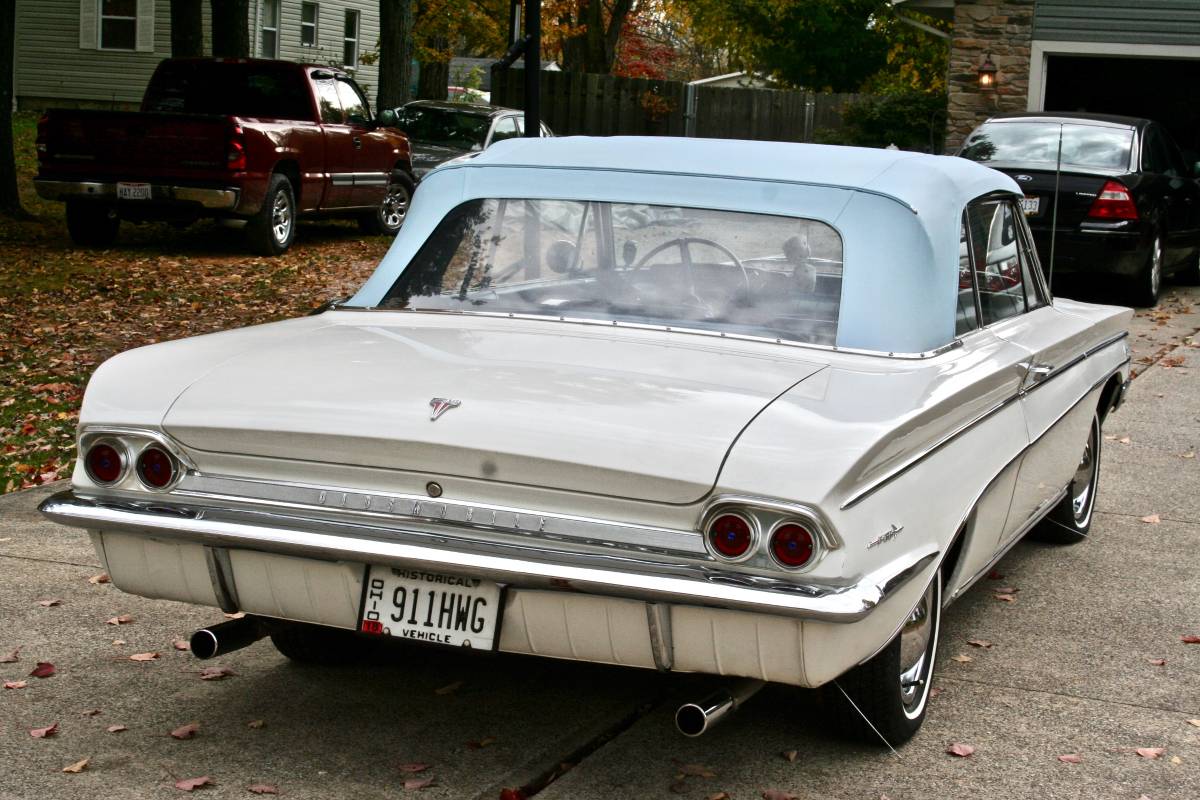 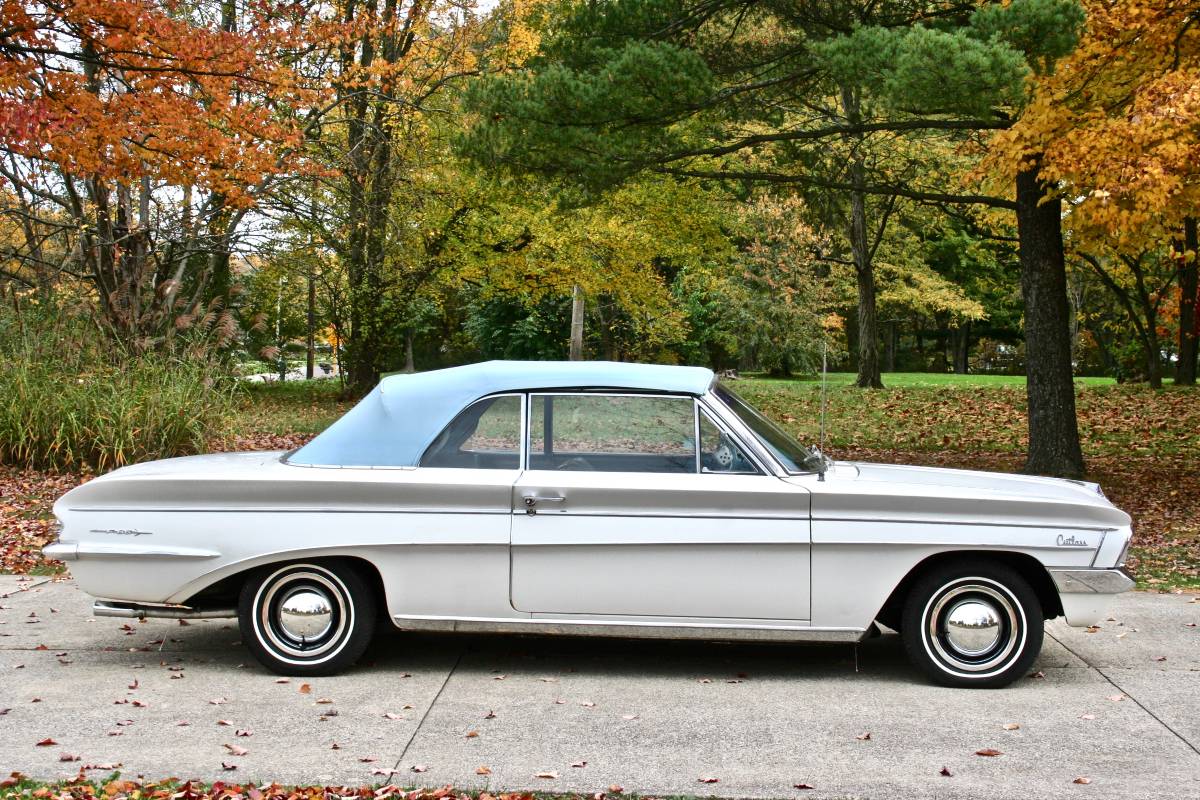 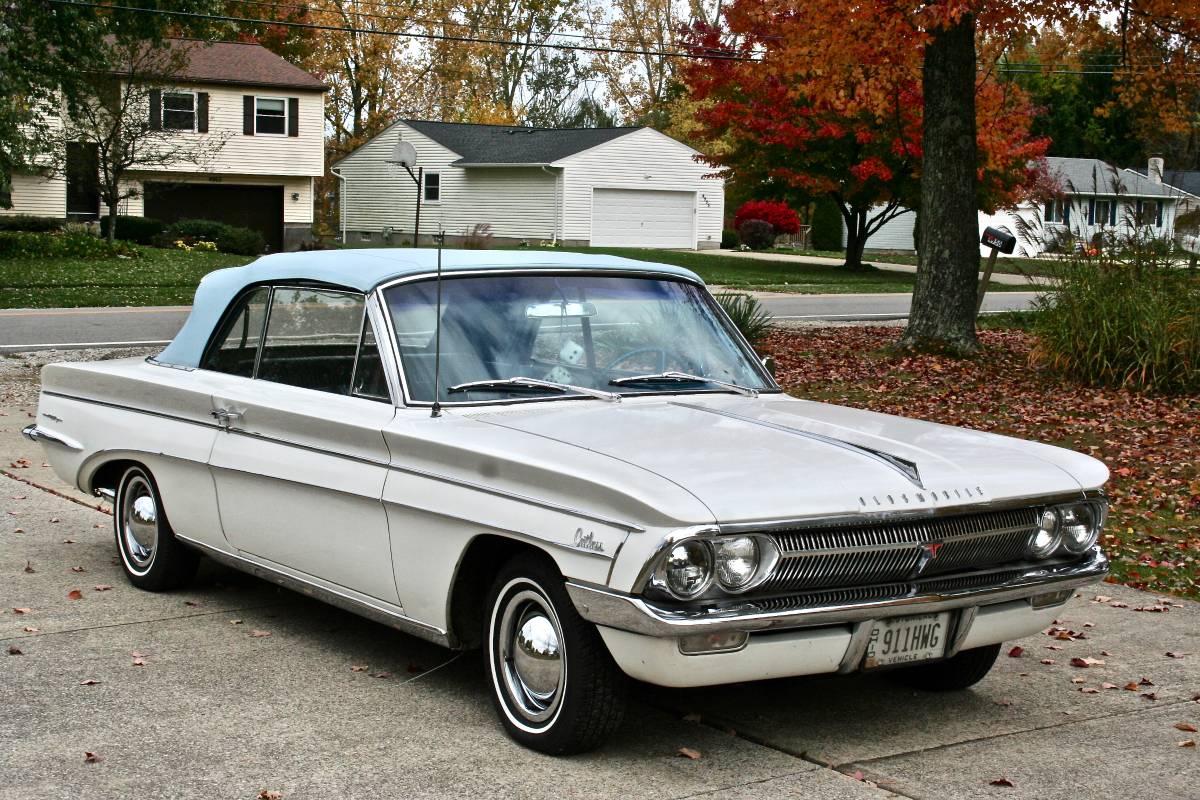 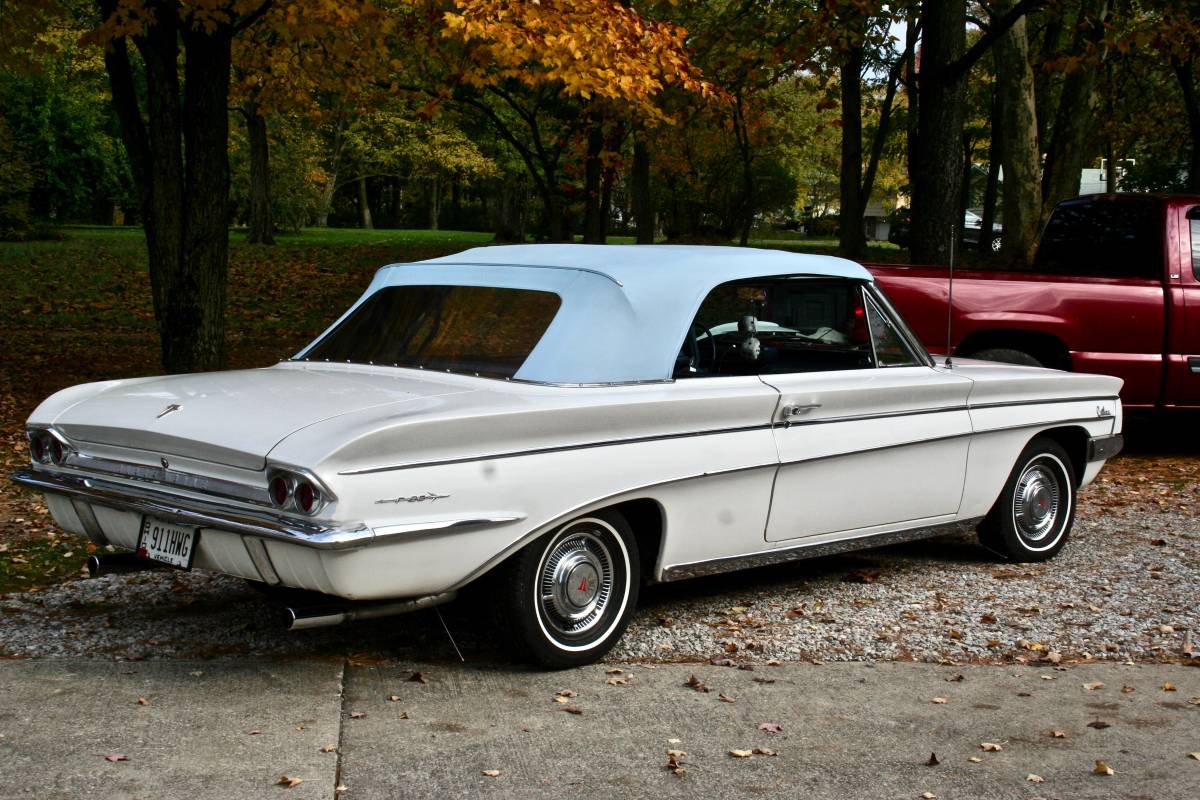 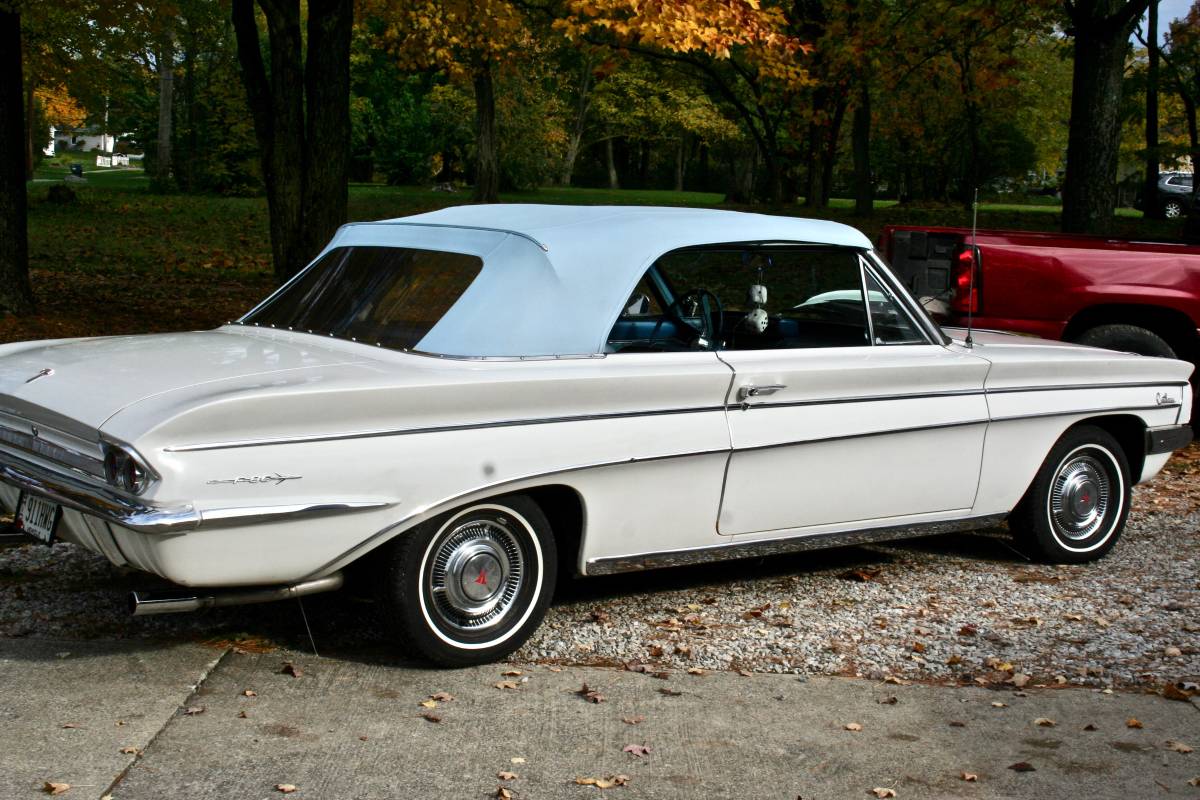 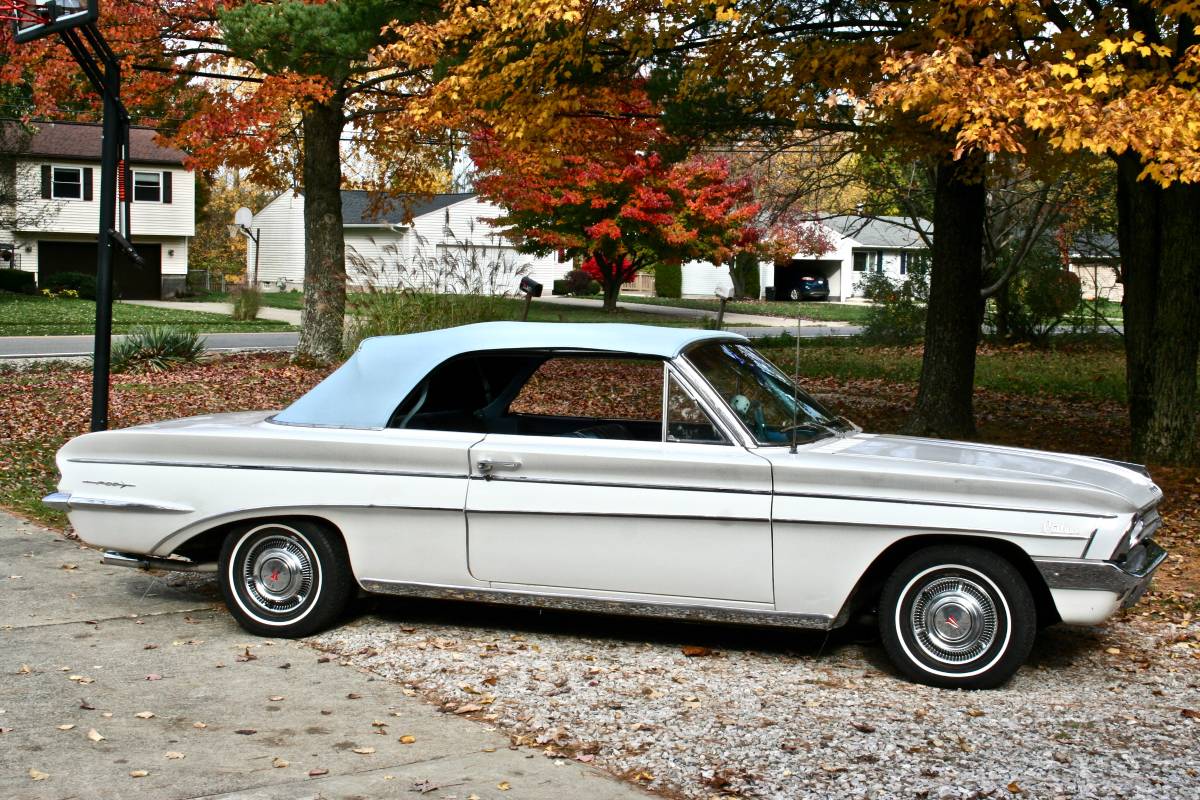 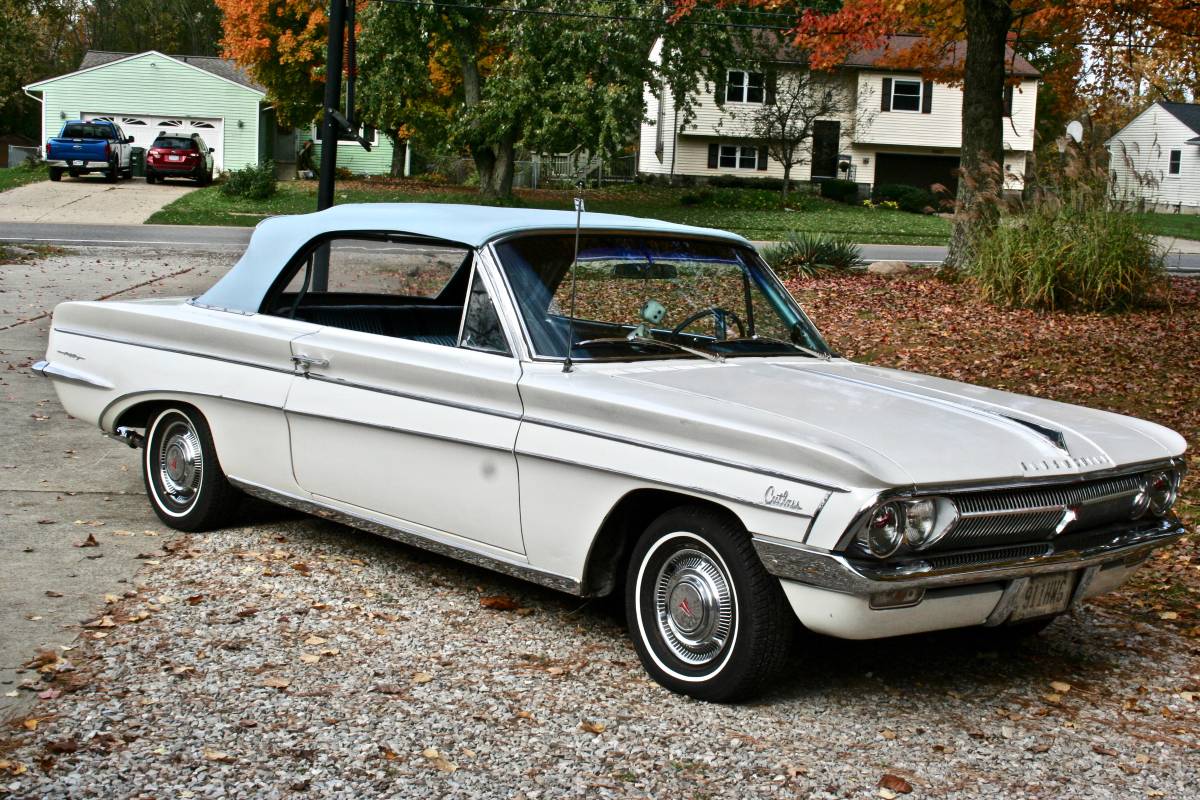 November 5th Update – We confirmed the private seller of this ’62 Olds deleted their listing, so we’re calling this one “Sold!”  This one got away, but if you have your heart set on something similar, email us the details of what you’re looking for or call Rudy directly at (908)295-7330

For the second time in as many weeks, we’re featuring a 1962 General Motors Y-body convertible. Savvy readers may recall last weeks’ red over white 1962 Buick Skylark Special Convertible while this week we’ve come across this white over light blue 1962 Oldsmobile F-85 Cutlass listed recently on Craigslist in Brunswick, Ohio (Cleveland) with all of the factory manuals and an asking price of $10,500.  Researching the Collector Car Market Review Online Tool reveals the private seller has their F-85 priced between this guide’s #1 “Excellent” estimate of $15,475 and its #2 “Very Good” appraisal of $10,200.  Values on the Hagerty Insurance Online Valuation Tool shift a bit lower as this second data point confirms the private seller has his Cutlass priced between the #3 “Good” appraisal of $14,700 and the #4 “Fair” (Daily Driver) estimate of $9,700.

For the 1961 launch year F-85s came in two body styles, a four-door sedan or a four-door station wagon with either two or three seats, and in a choice of two trim levels, base or De Luxe. Transmission options were initially a 3-speed manual (with synchromesh on the top two gears) and the newly introduced 3-speed Roto Hydramatic. The overall length was 188.2 inches and curb weight was around 2,800 pounds. A few months after the model introduction, Oldsmobile added a “power pack option”, which included a four-barrel carbureted, high-compression, dual exhaust version of the 215 cu in aluminum V8, and a shorter 3.36:1 final drive ratio with either manual and automatic transmissions. This premium fuel-only engine was rated at 185 horsepower at 4,800 RPM and 230 foot-pounds of torque at 3,200 RPM.  Initial sales were somewhat disappointing but were soon picked up by the May 1961 introduction of a pair of pillared two-door coupes, each with a different roofline and market placement: the F-85 Club Coupe, which became the lowest-priced Oldsmobile model, and the sporty F-85 Cutlass. The Cutlass came equipped with the 185 hp “power pack” drivetrain and featured De Luxe-type exterior trim with a more upscale interior with standard bucket seats, upholstered in two-tone vertically pleated vinyl, and an optional center console.

We found this video compilation of 1961 through 1963 Oldsmobile Commercials that provide a glimpse of each year’s styling changes:

We really like these early sixties Y-body compacts as they are a manageably-sized classic convertible capable of fitting easily in most garages while provided decent room for four passengers.  Unlike other versions of this car we’ve featured to date, the 185 horsepower V8 likely sounds very nice while providing decent acceleration.   Good luck with the purchase!

“I have a 1962 Cutlass F-85 With the all-aluminum 215 V8 4 Bl engine. The car is from Florida with only 2 owners. Completely rust free. The car is in excellent original condition ( EVEN THE PAINT ) and drives great. The chrome is in outstanding condition .Many new items such as brakes , tires ,starter , OEM exhaust Etc. It has a power top , power steering and even the AM radio works. It comes with years of paper work as well as all the factory manuals.It comes with baby moon hubcaps and the original Hubcaps and a set of skirts that were never mounted on the car.. This is a very nice original car“