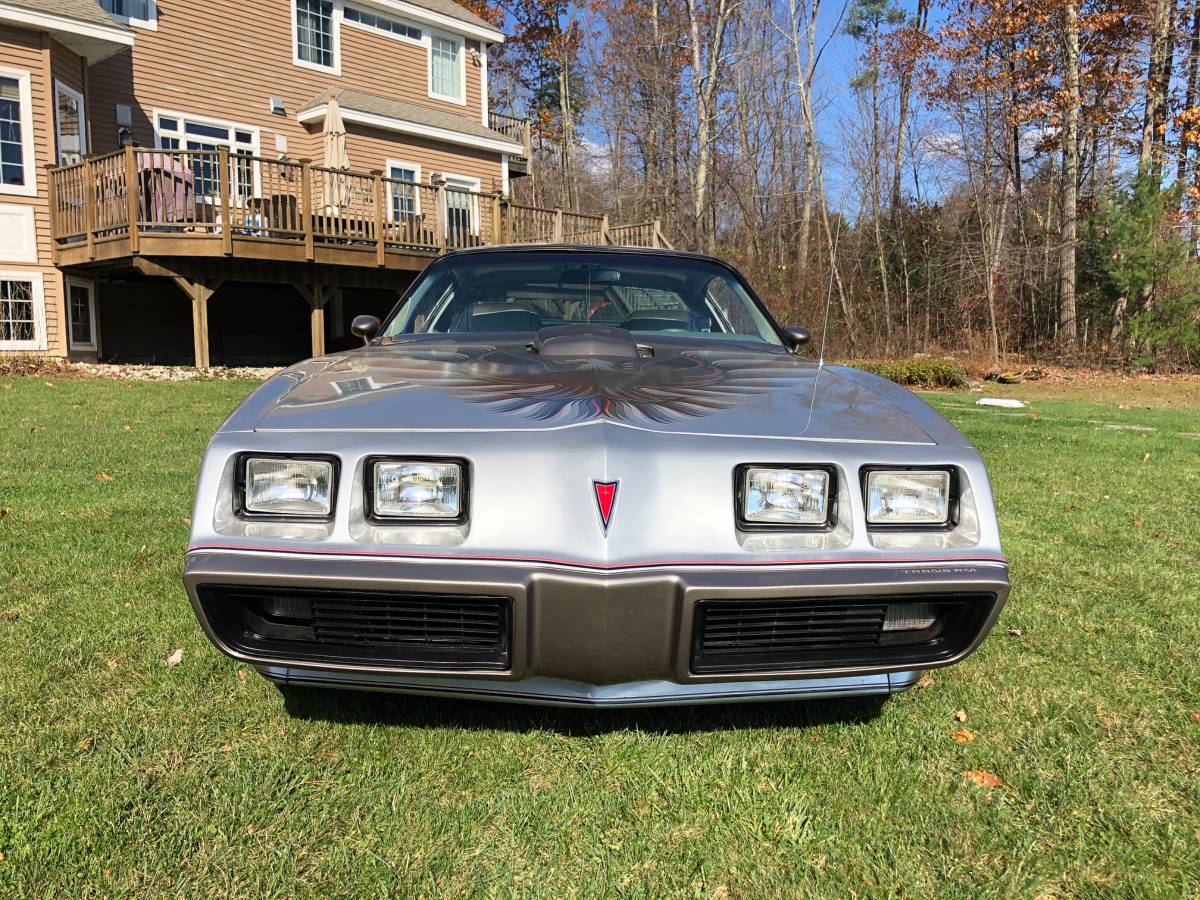 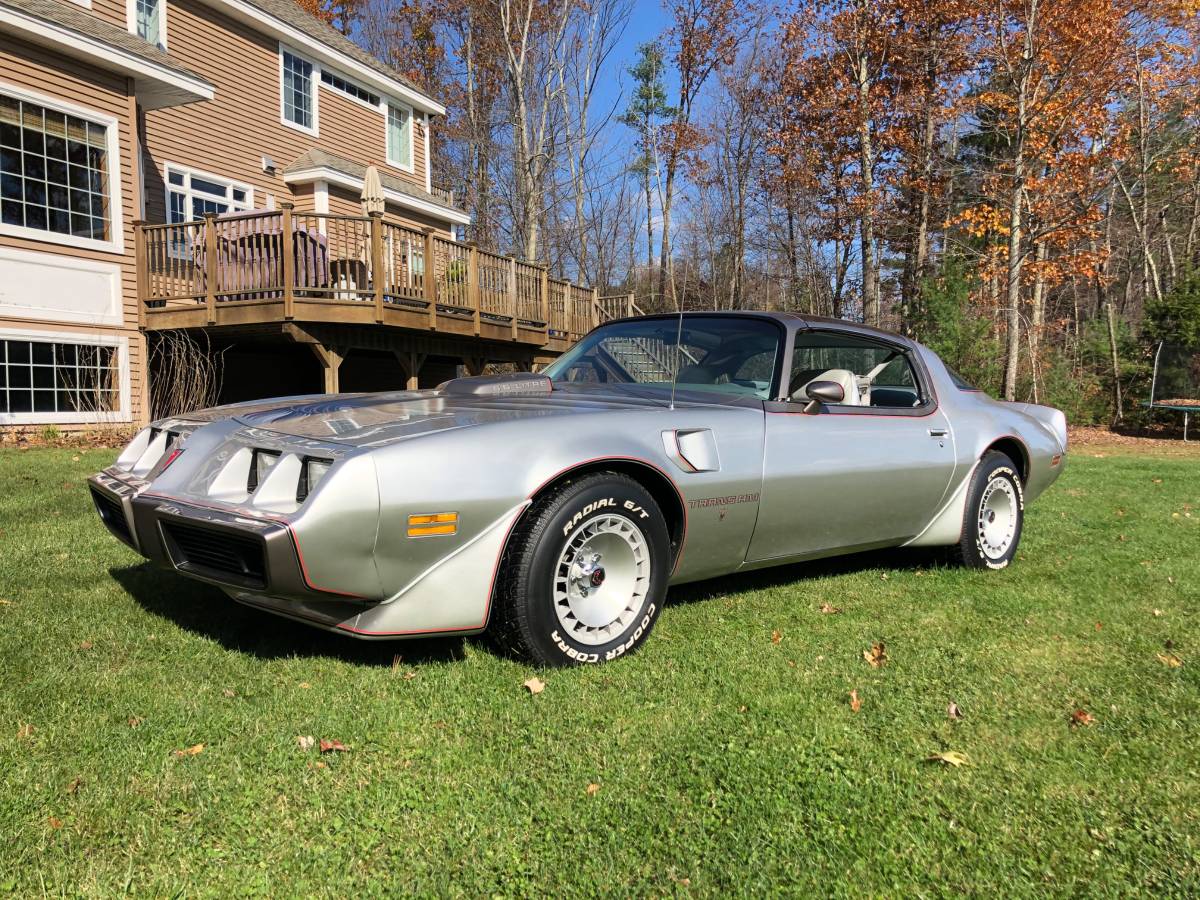 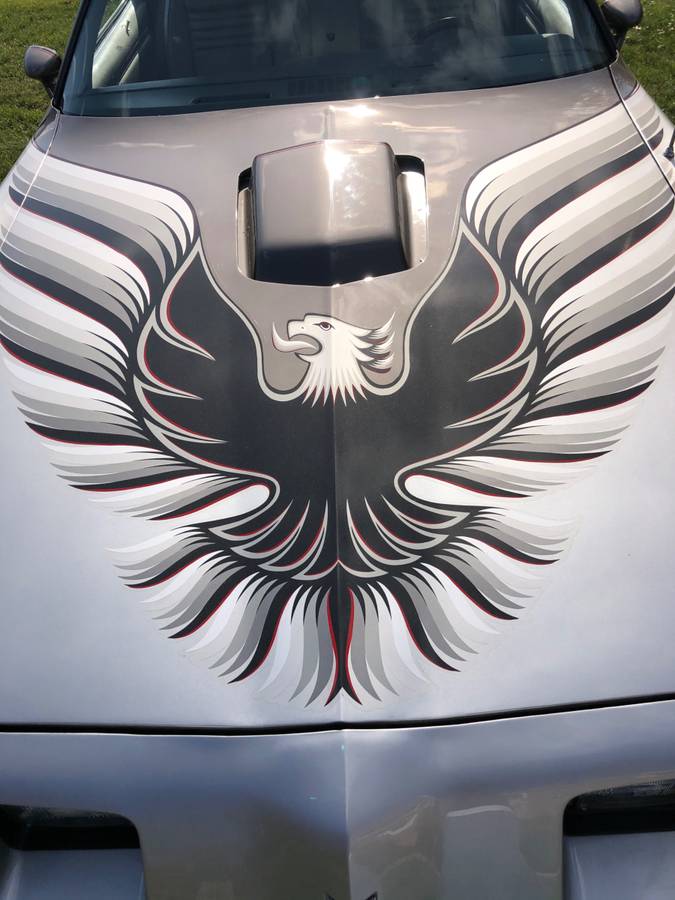 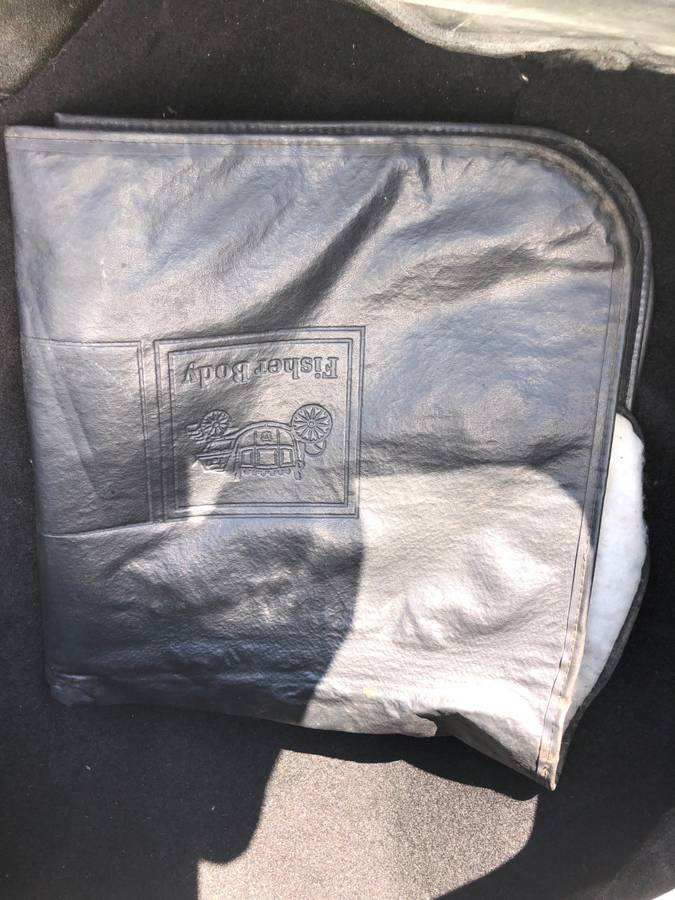 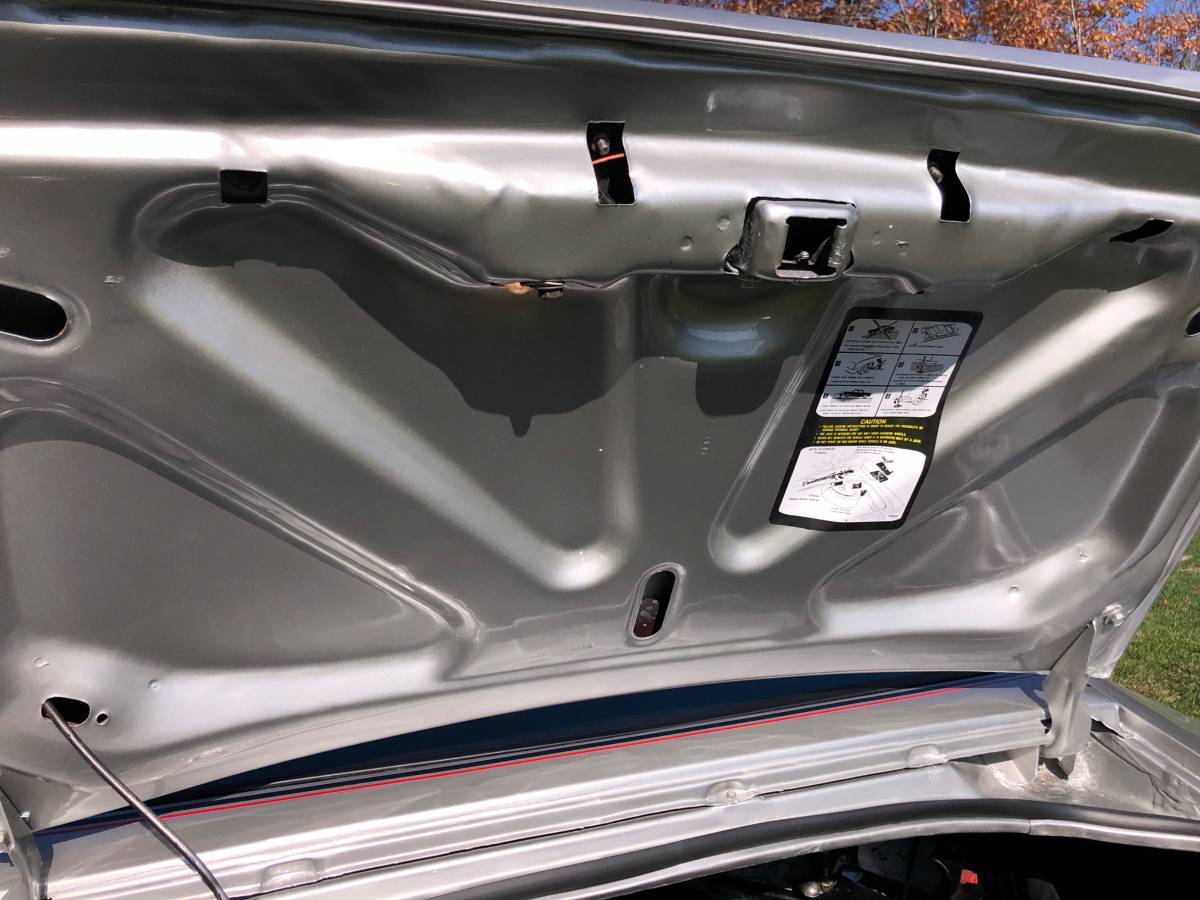 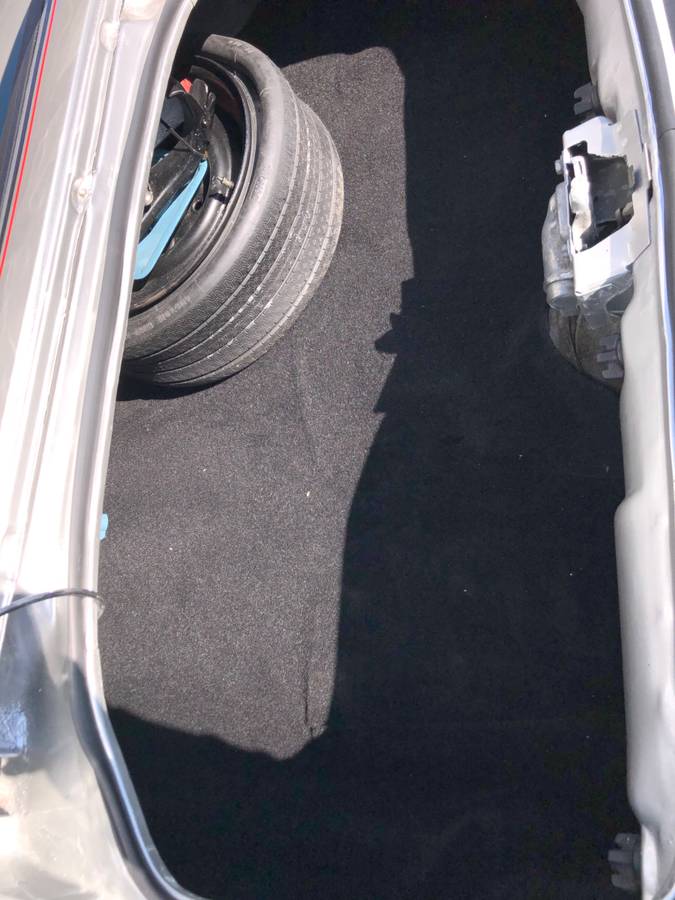 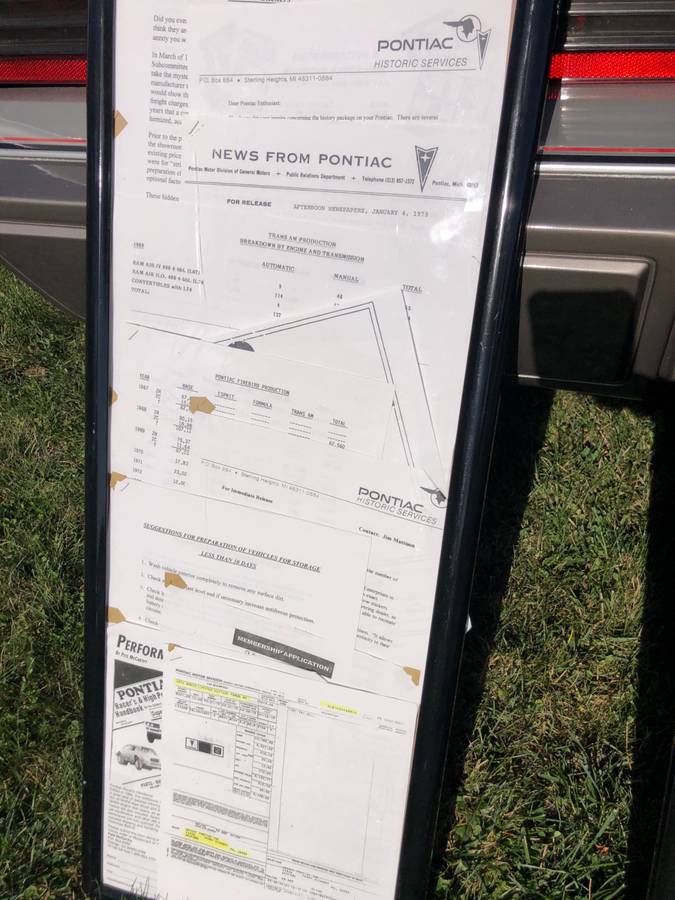 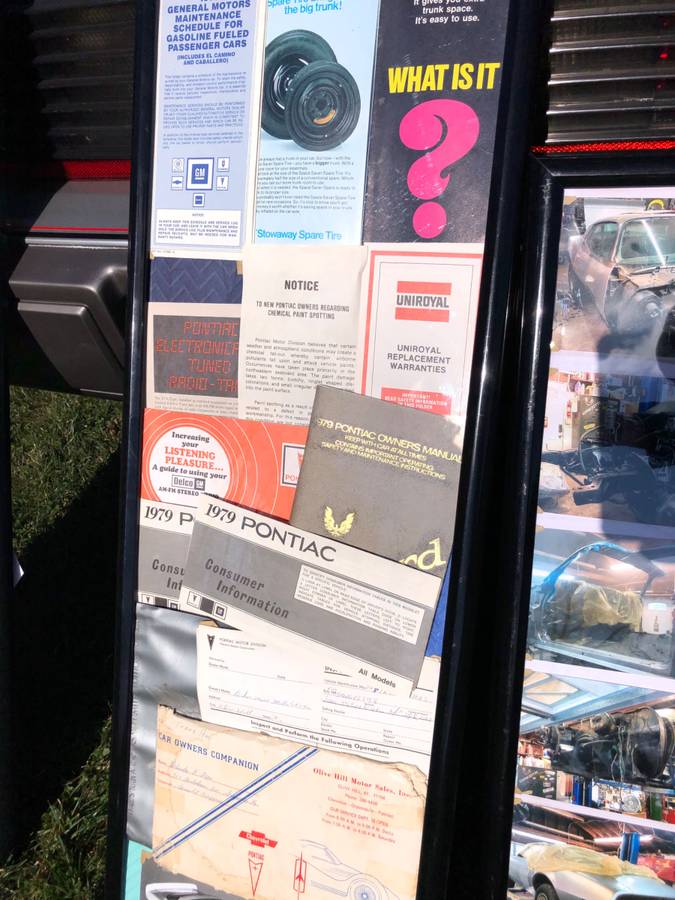 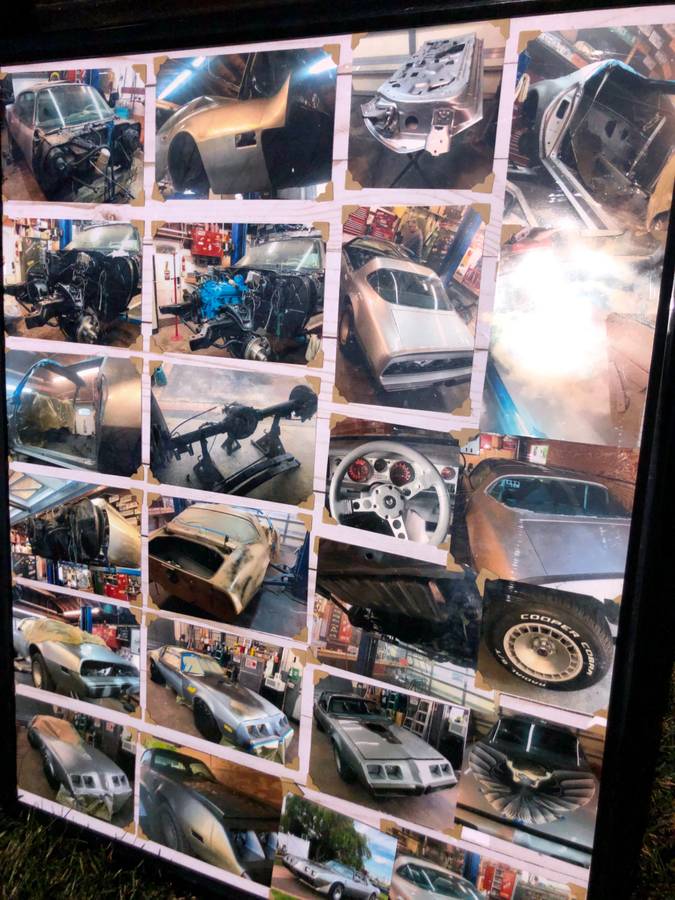 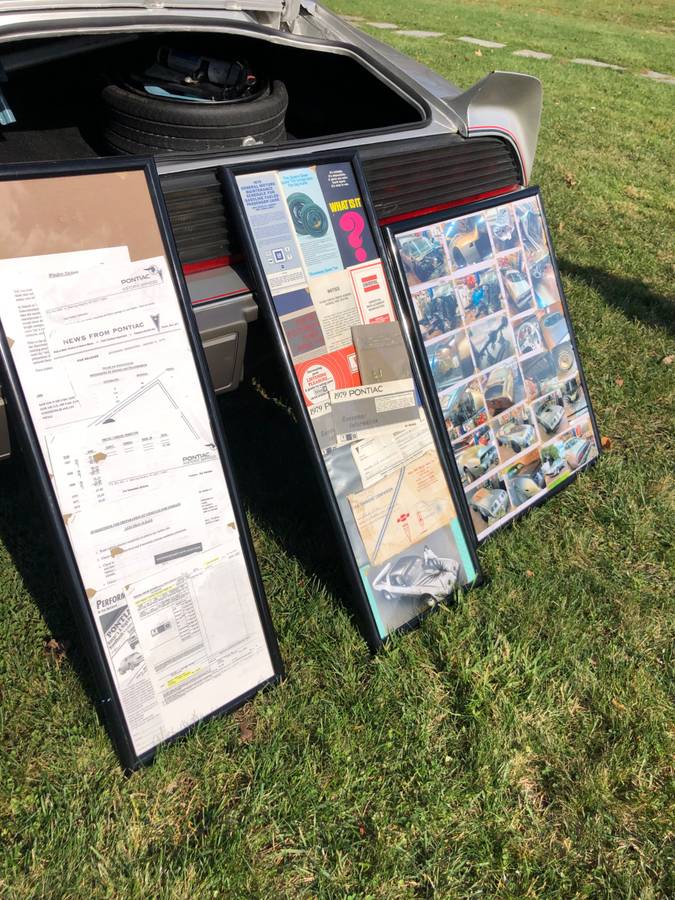 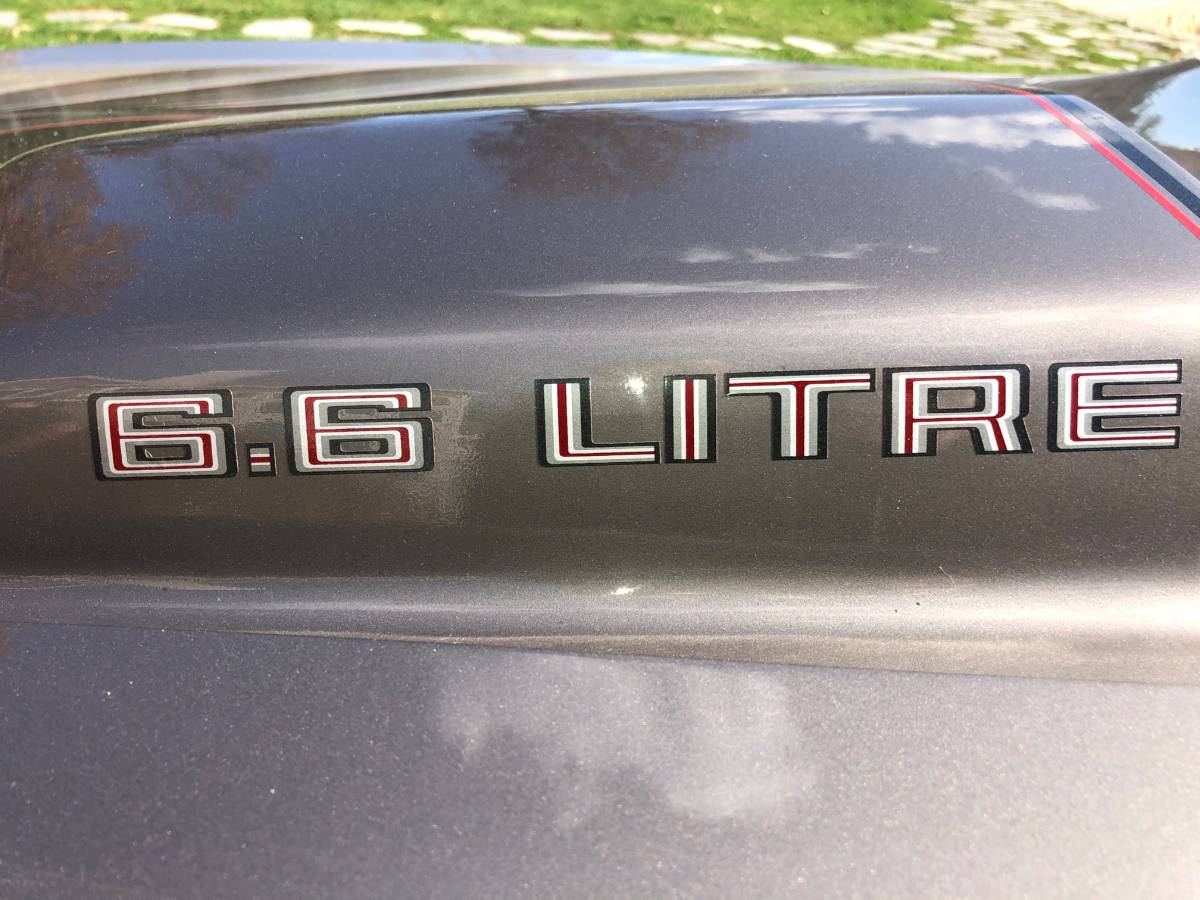 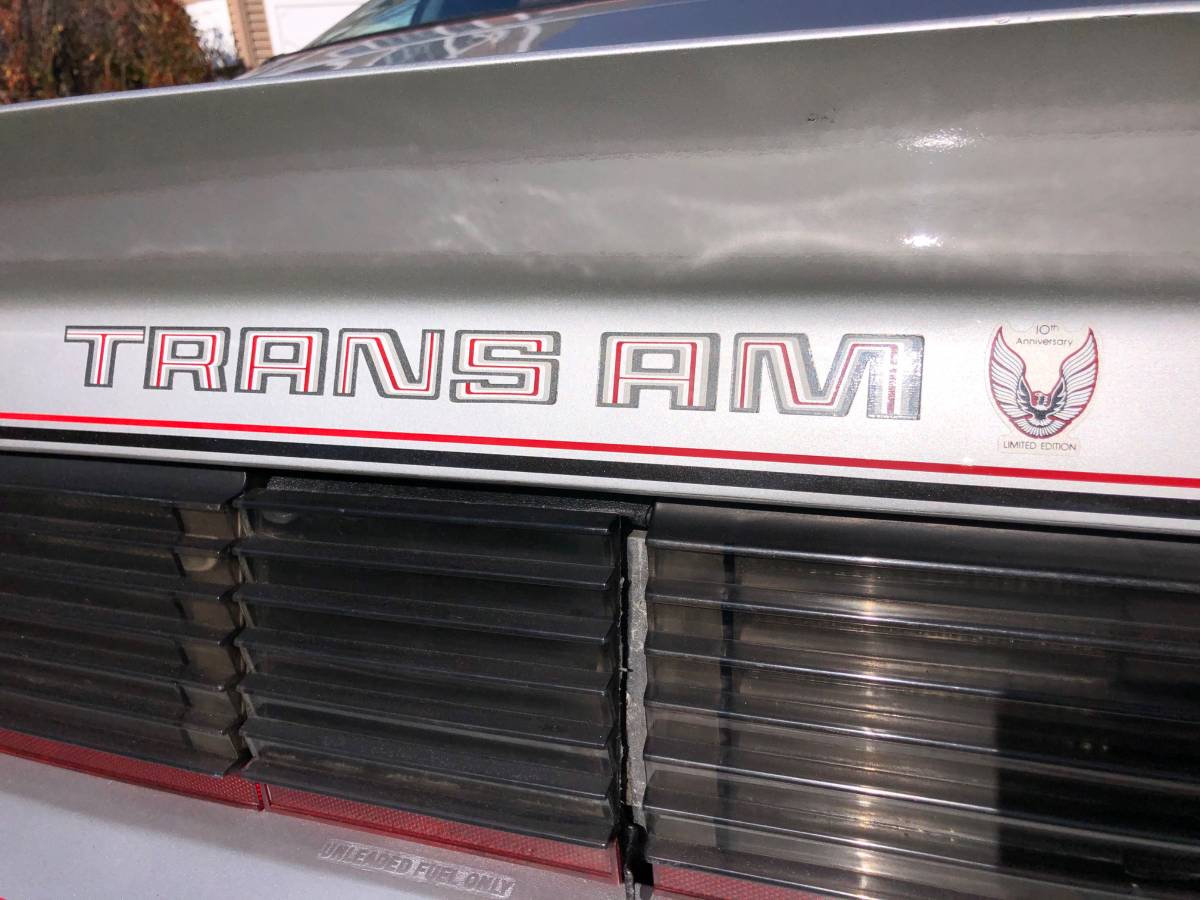 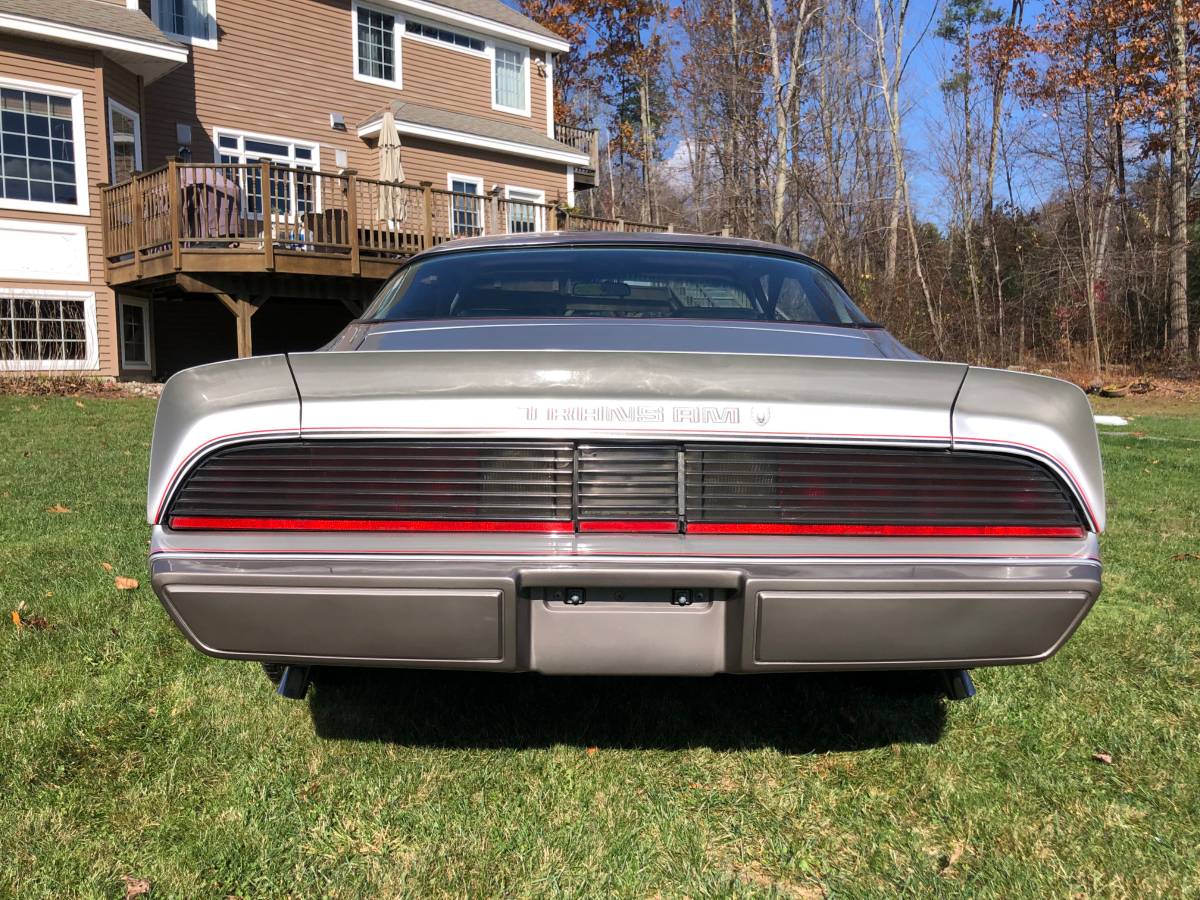 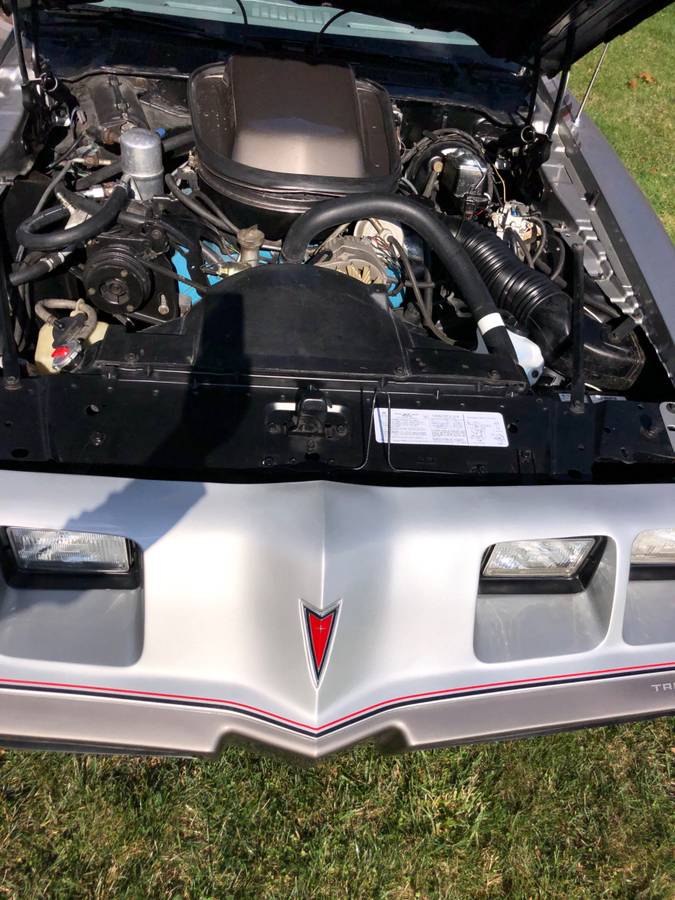 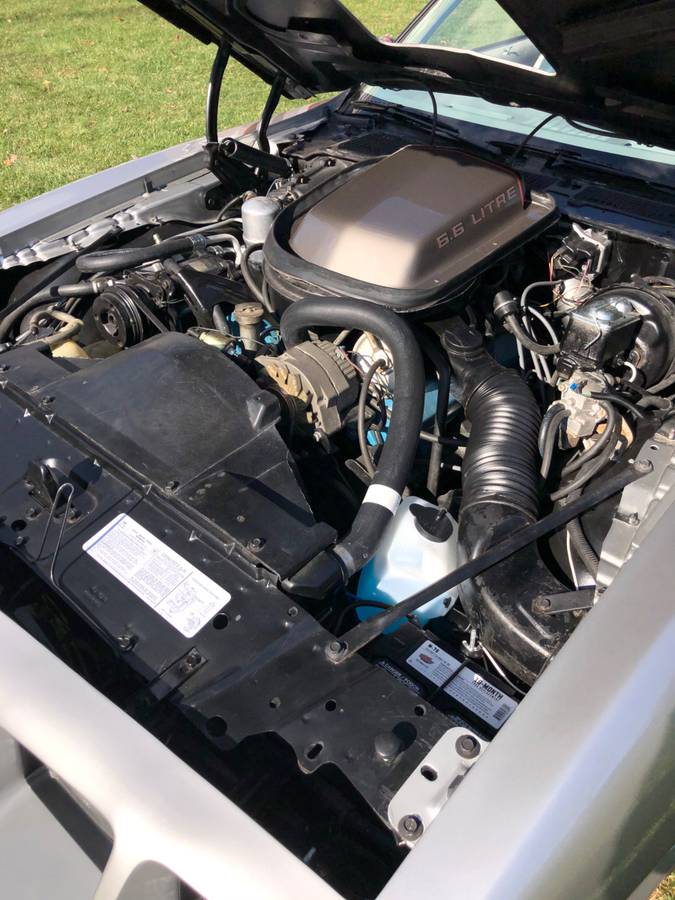 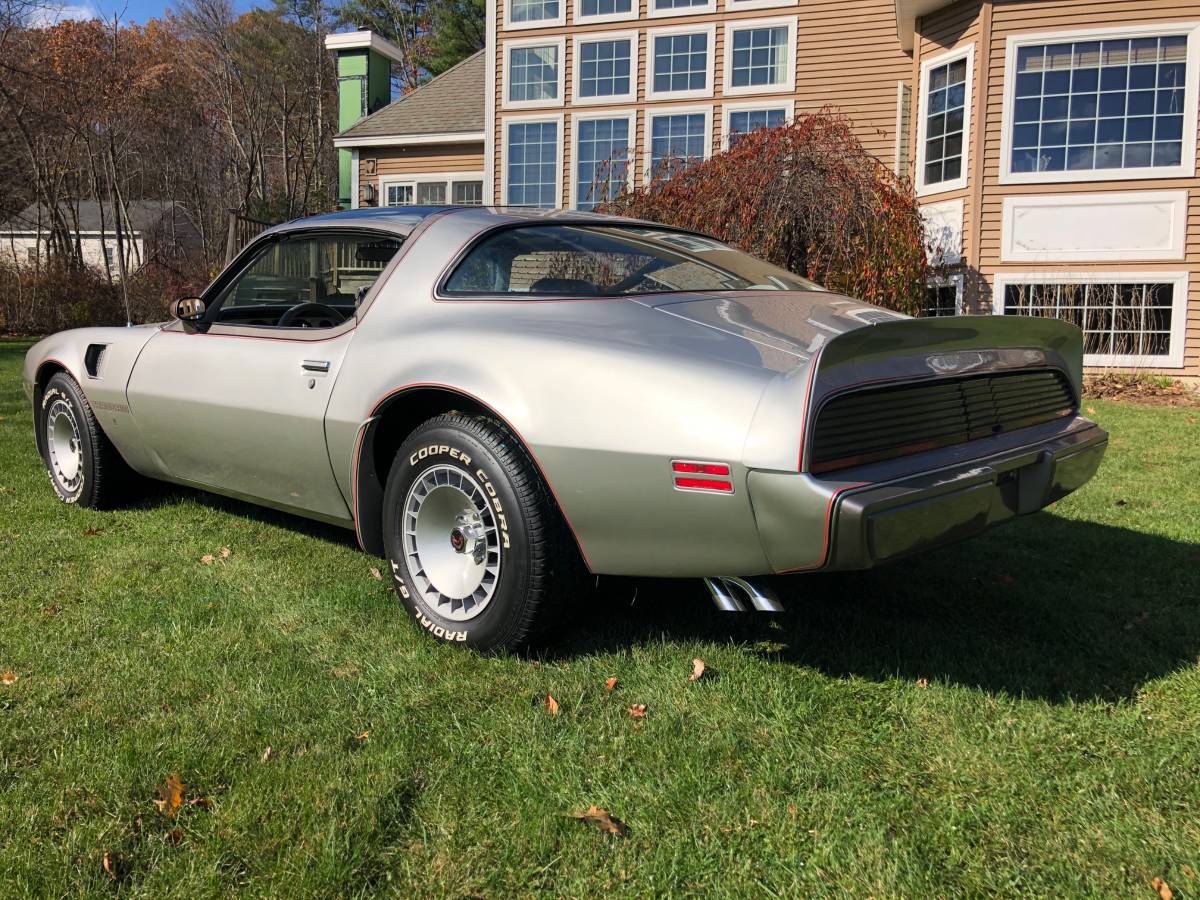 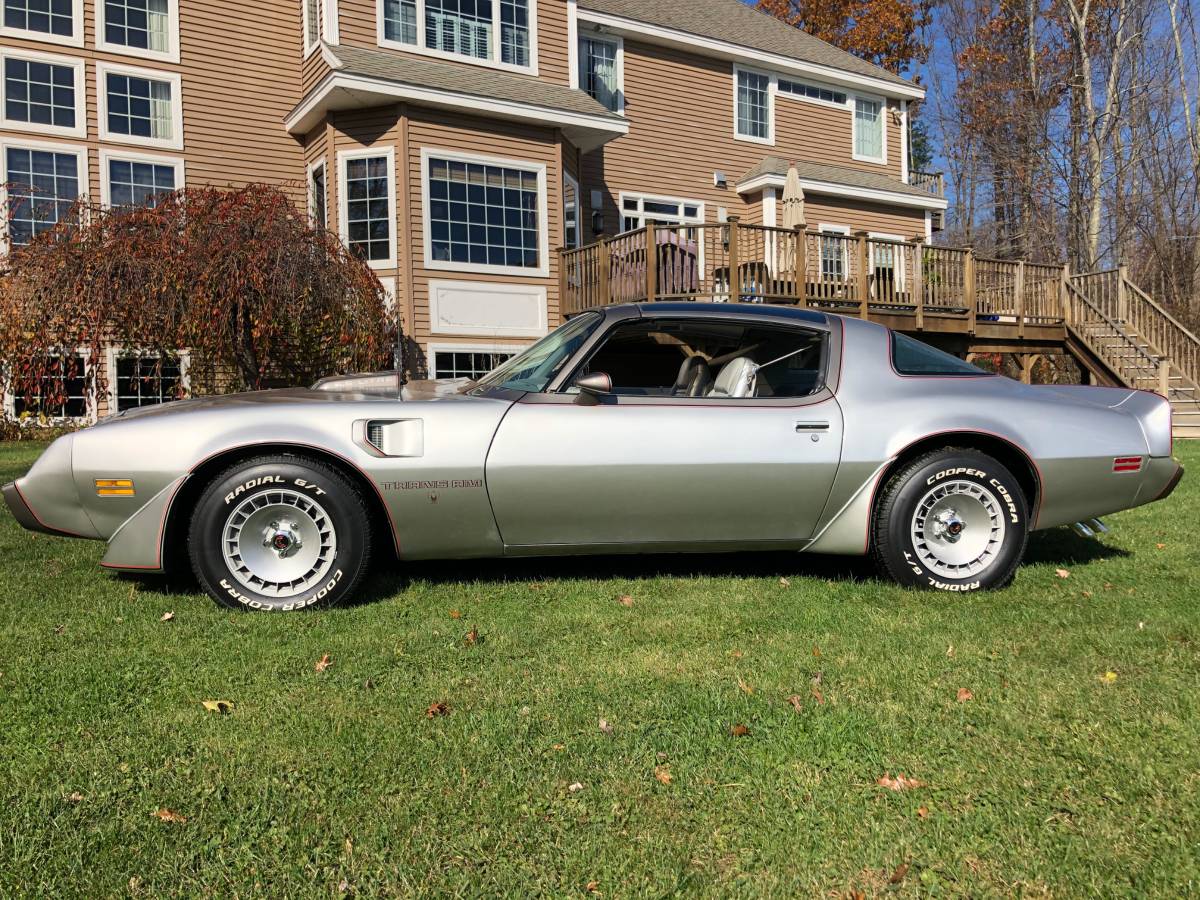 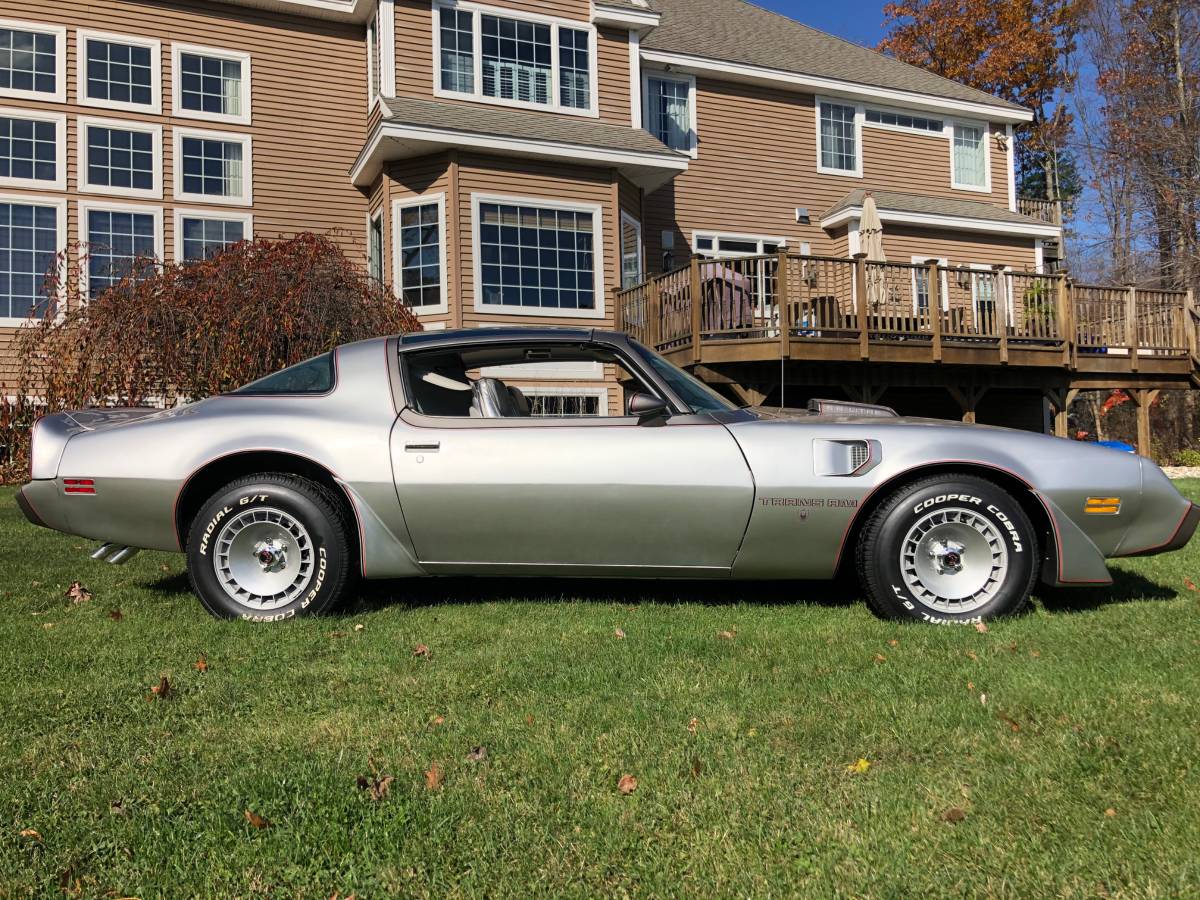 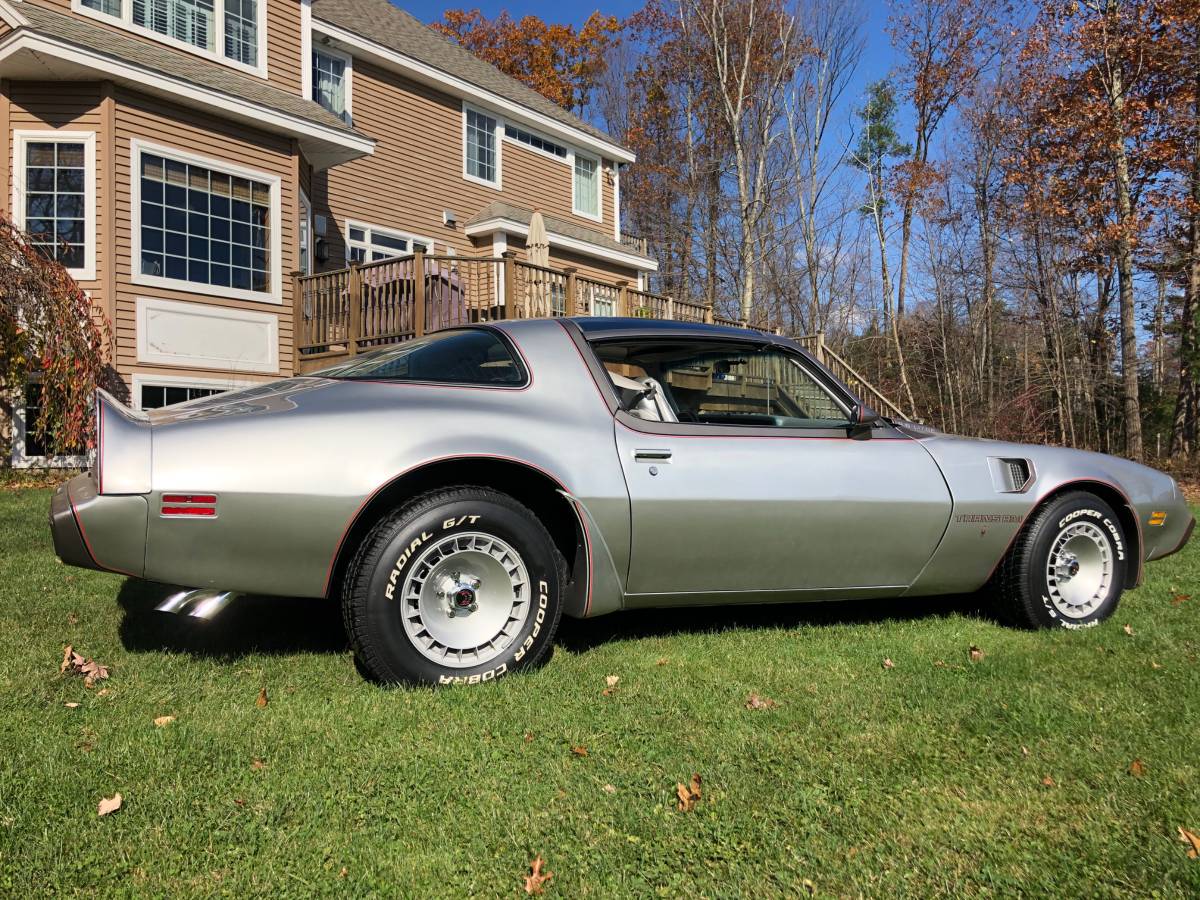 January 2020 Update – while this “Classifind” expired recently, given the seller’s past history we suspect may not actually be sold yet.  For now, we’re labeling this ride “Sold?” However, we will keep an eye for updated listings. In the interim, please reach out either by email or call Rudy directly if you’d like to be informed when we come across something similar.

Coming off two consecutive record years of Trans Am production made popular from the Smokey and the Bandit movie, Pontiac continued to capitalize on the car’s popularity with the launch of the limited edition Tenth Anniversary Trans Am such as the restored example originally listed in November 2020 on Craigslist in Pelham, New Hampshire with an asking price of $26,900.  The first thing we look for on any 1979 Trans Am is the transmission its equipped with.  Automatic versions such as this car came powered by an Oldsmobile 403 cubic inch (also 6.6 Liter) V8 while four-speed versions came powered by the more sought after Pontiac-sourced 400 cubic inch mill.  The private seller does not talk about the engine however this is an Oldsmobile-powered Trans Am.  Researching the Collector Car Market Review Online Tool reveals the private seller has their Trans Am priced between this guide’s #3 “Good” estimate of $18,500 and its #2 “Very Good” appraisal of $27,200.  Similarly, the Hagerty Insurance Online Valuation Tool as a second data point confirms this private seller has his Tenth Anniversary Edition priced between the #3 “Good” appraisal of $24,000 and the #2 “Excellent” estimate of $44,700.

A restyled one-piece front end marked the 10th anniversary of the Trans Am. A limited-edition anniversary package was made available: platinum silver paint with charcoal gray upper paint accents and mirrored t-tops, and a special interior featuring silver leather seats with custom-embroidered Firebird emblems and aircraft-inspired red lighting for the gauges. The 10th-anniversary cars also featured special 10th-anniversary decals, including a Firebird hood decal that extended off of the hood and onto the front fenders. Pontiac produced 7,500 10th anniversary cars, of which 1,817 were equipped with the high-output Pontiac T/A 6.6 W72 400 engine, the last of the line of the Pontiac large displacement V8 engines (and coupled with the four-speed Borg Warner Super T-10 manual transmission). The only option on these cars was the engine (the 400 was not certified for California, nor was cruise control available with it), which dictated the transmission and the gear ratio (3.23 on the 400 cars, 2.73 on the cars with the Oldsmobile-produced 403 engine and the TH350 automatic transmission). Two 10th Anniversary Trans Ams were the actual pace cars for the 1979 Daytona 500, which has been called the race that made NASCAR. Car and Driver magazine named the Trans Am with the WS6 performance package the best handling car of 1979. During period dyno testing, the National Hot Rod Association rated the limited-availability T/A 6.6 high-output Pontiac 400 engine at 260–280 net horsepower, which was significantly higher than Pontiac’s conservative rating of 220 hp. In 1979 Pontiac sold 116,535 Trans Ams, the highest sold in a year.

Check out this video with Stuntman Hal Needham providing an overview of the entire 1979 Pontiac line:

While this example is the more common Oldsmobile-powered Anniversary edition, it’s still part of the last hurrah of big-block V8 GM power.  While the price of this example may seem high from just a few years ago, many of these cars were beat and modified, so finding one like this with all of the work already complete is a relative bargain.  Personally, we still think the unique silver leather interior on these cars (similar to the 1978 Pace Car Corvettes) is one of the most unique colors ever offered.  Good luck with the purchase!

“This is one of the nicest 1979 Trans Am silver anniversary cars you will ever see. It was completely restored and is in near perfect condition. The car was taken down to the bare metal and the engine was taken completely out. This is a prize. You can own this car for years and never do anything but have it appreciate in value while you drive it. The pictures speak for themselves. It runs and drives perfectly. I have the title in hand. Please call 603-566-7111 if you are interested.“