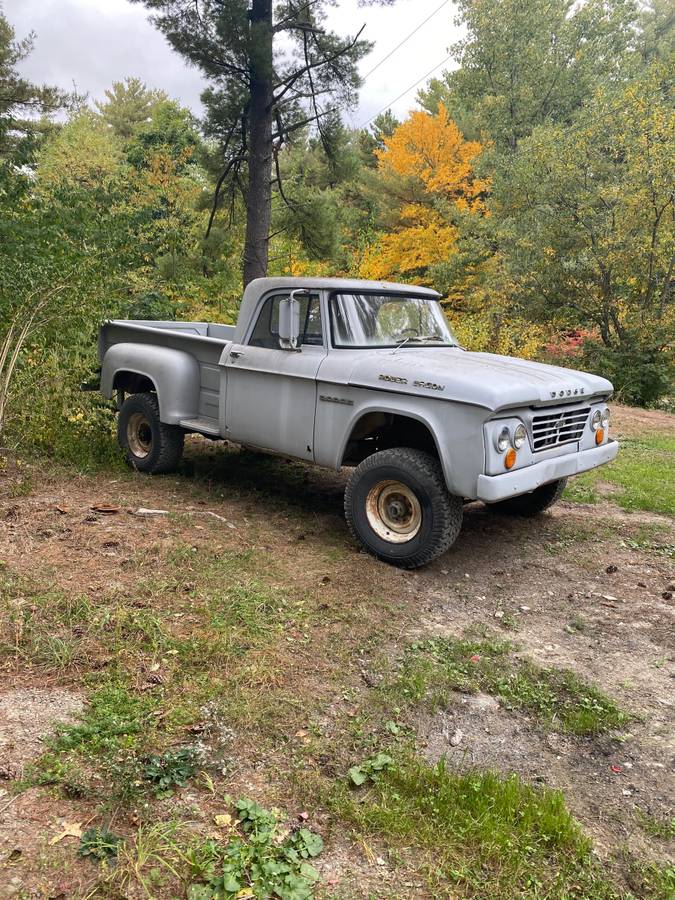 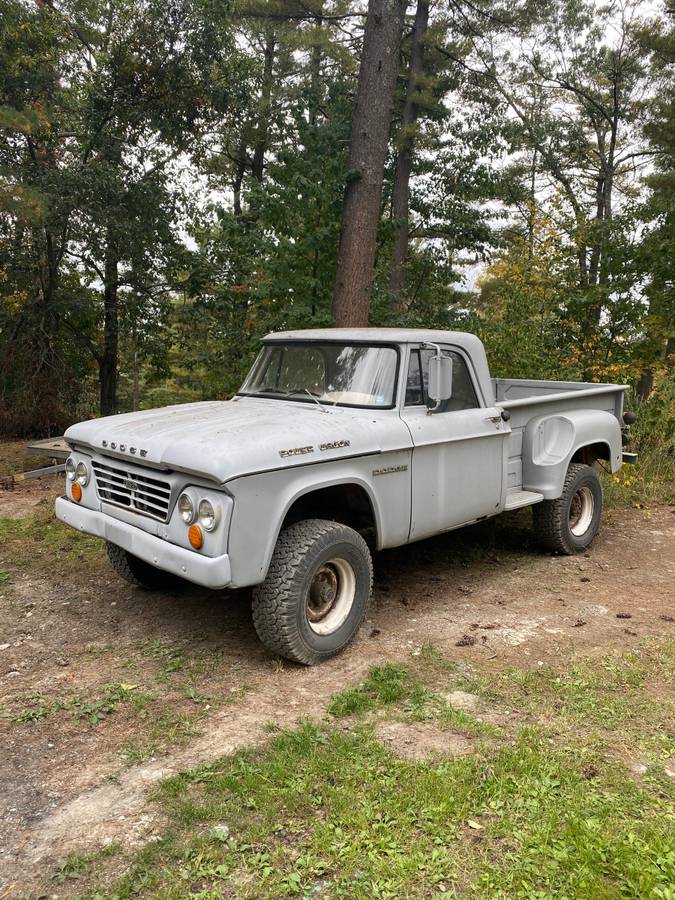 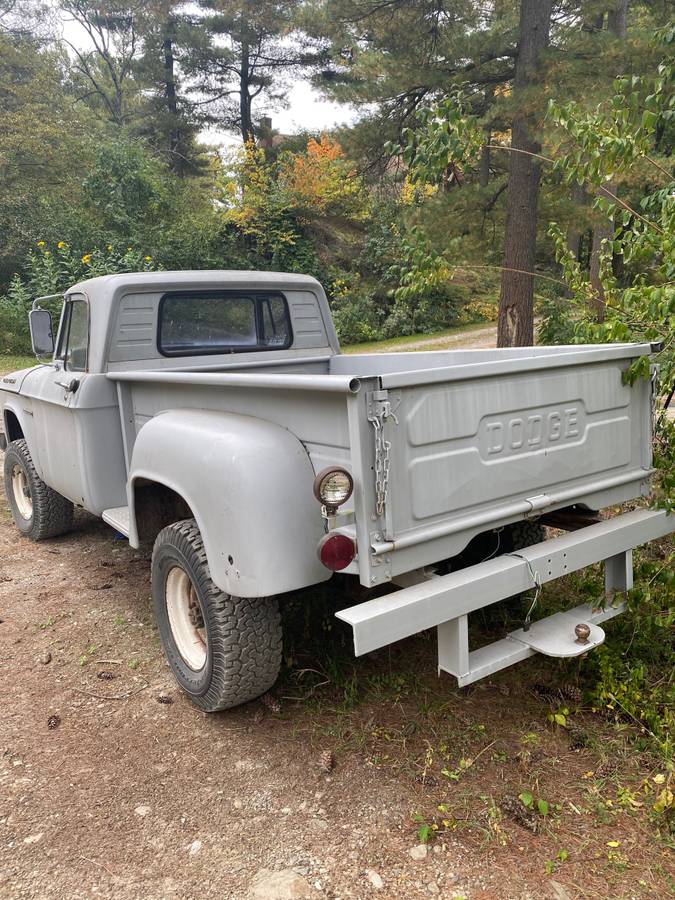 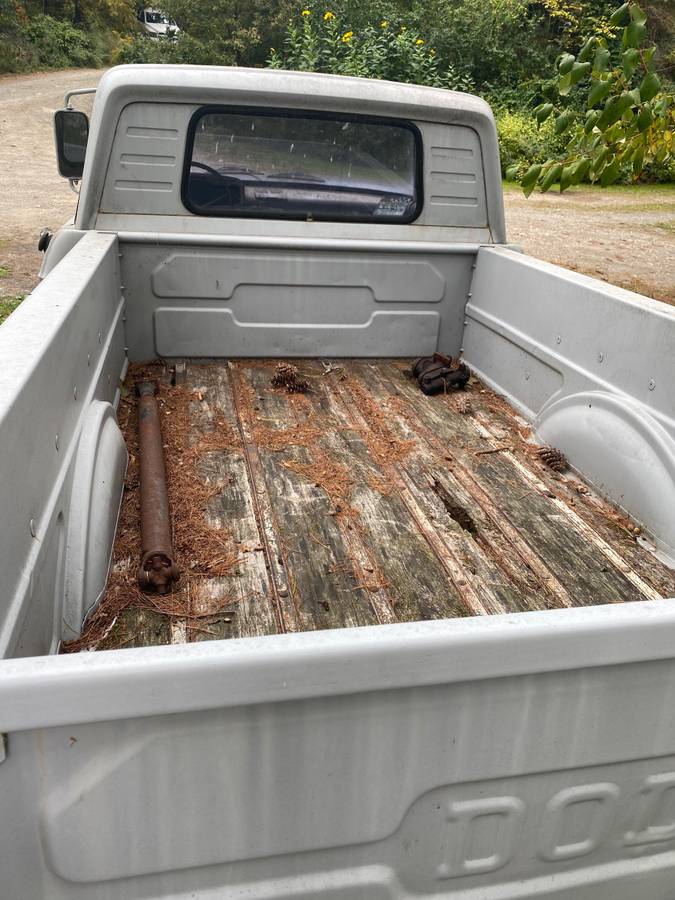 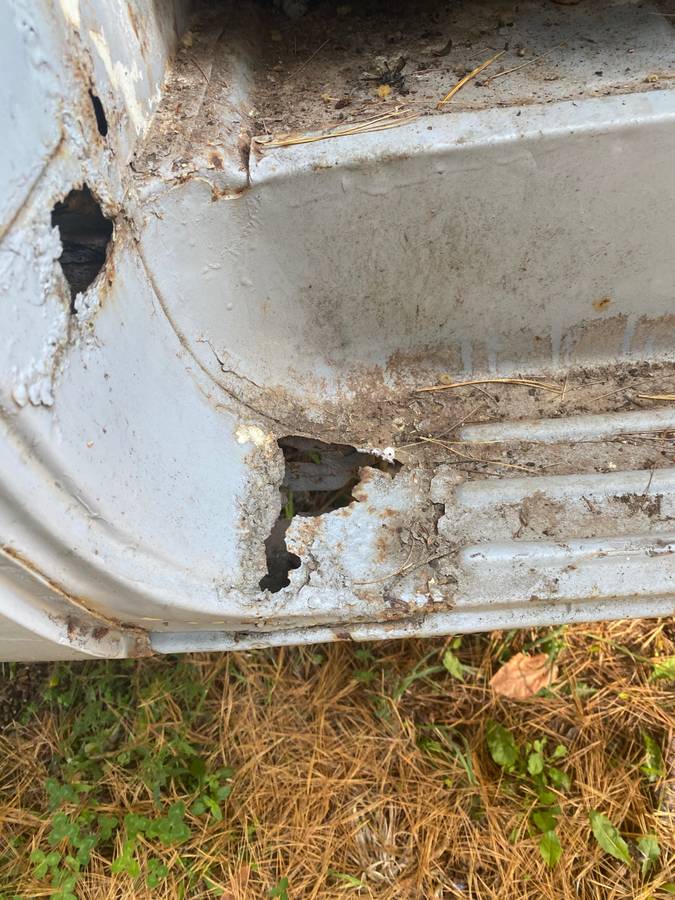 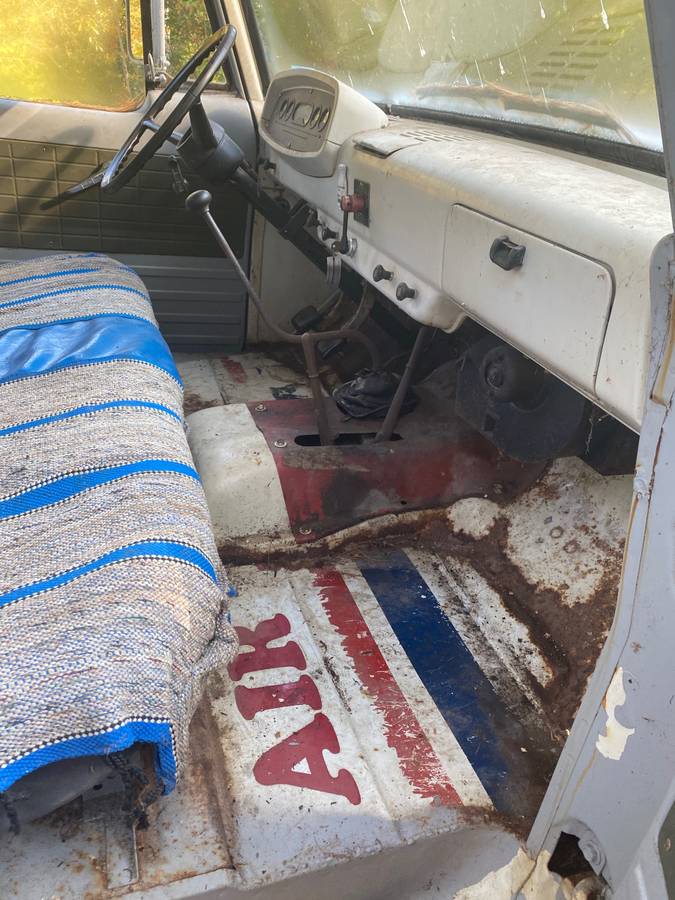 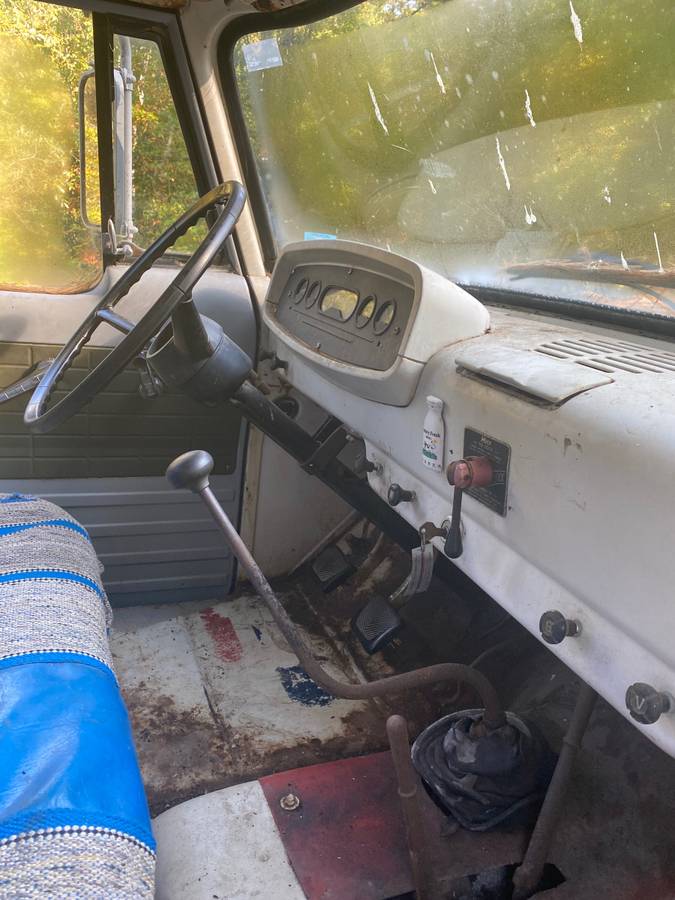 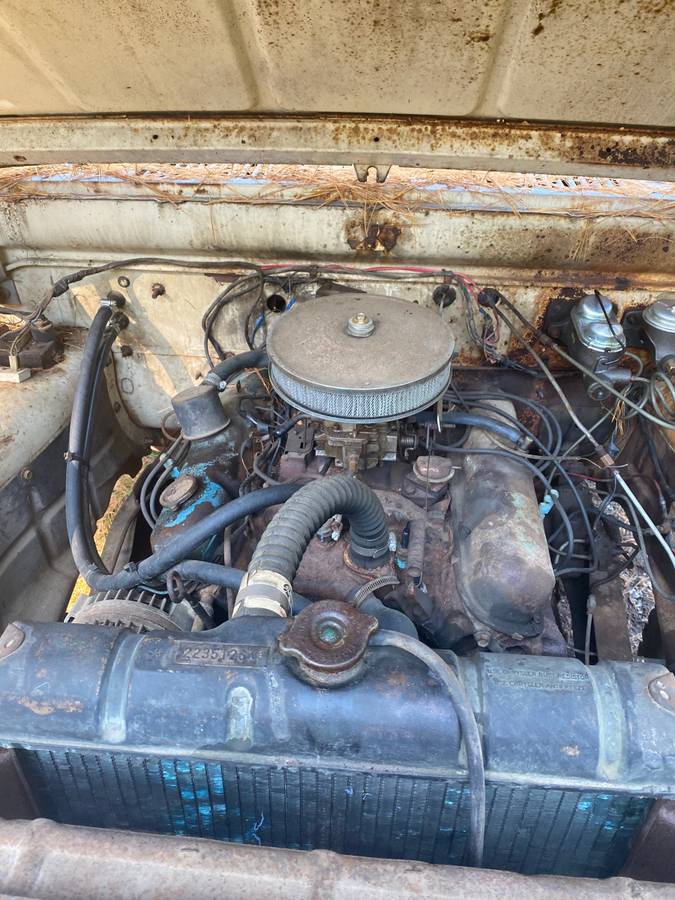 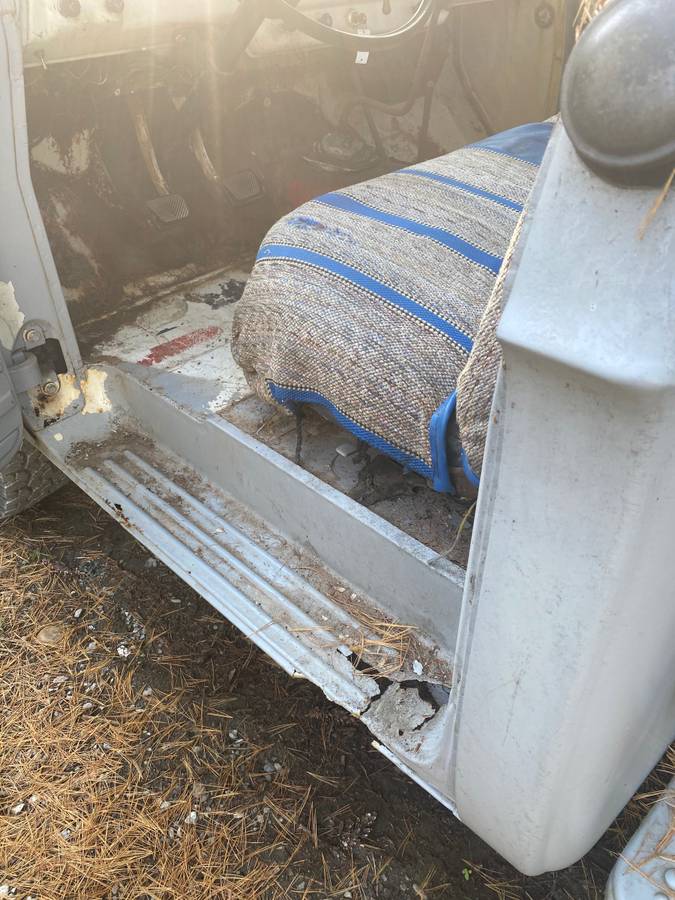 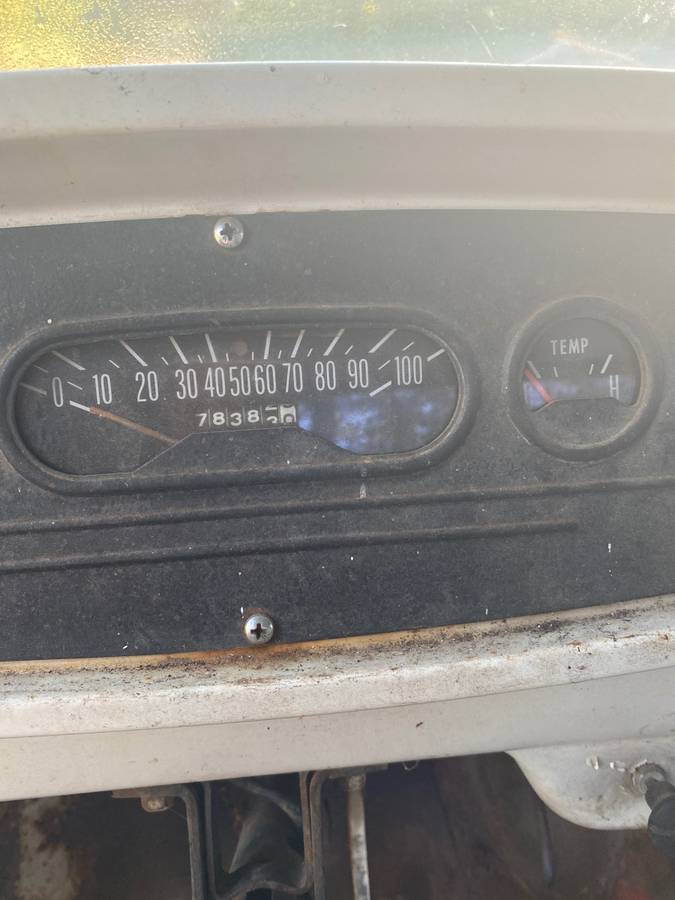 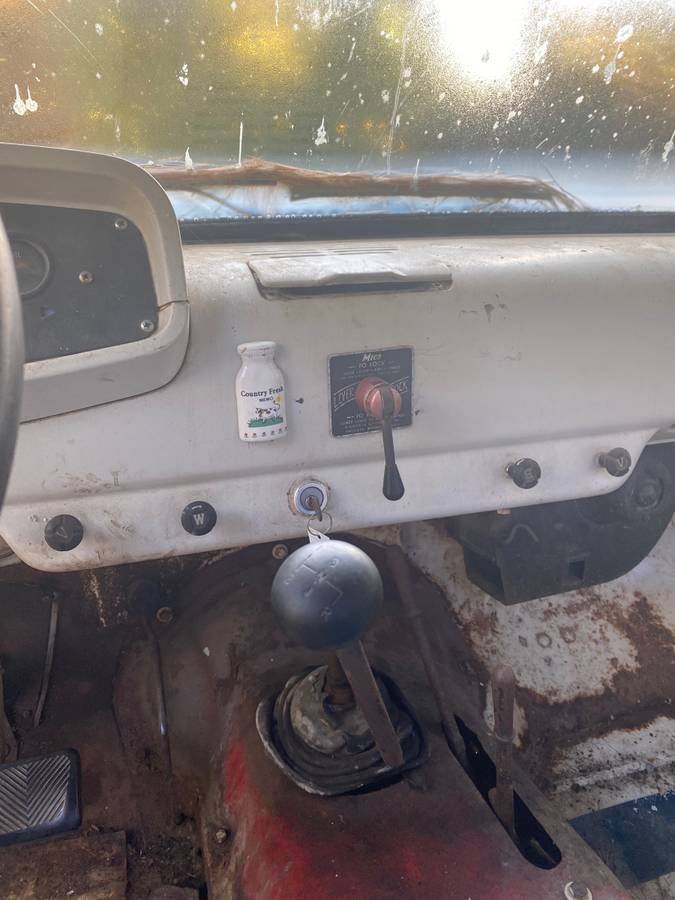 December 8th Update: We just confirmed the private seller of this ride deleted their Craigslist ad, so we’re now able to call this one “Sold!”  While this one got away, if you have your heart set on something similar, email us the details of what you’re looking for or call Rudy directly at (908)295-7330.

Dodge produced its first generation of D-Series pickups from 1961 through 1965.  Following Chevrolet and Ford practice, Dodge called D-Series equipped with straight-sided beds “Sweptlines” while their version of rendered beds went by the name “Utiline.” Similarly, while “100” denoted Dodge’s 1/2 Ton pickup offerings, “200” identified their 3/4 ton rated trucks.  Originally listed in November 2020 on Craigslist in Hudson, New York is a driver-quality W200 Utiline 4×4 equipped with a 318 cubic inch V8 and an asking price of $9,500.

Oddly, while the Collector Car Market Review Online Tool reveals the private seller has their Utiline priced well above this guide’s #1 “Excellent” estimate of only $7,225, using the Hagerty Insurance Online Valuation Tool as a second data point confirms this private seller has his W200 priced between this guide’s #3 “Good” appraisal of $11,500 and the #4 “Fair” estimate of $6,300.

Dodge introduced the most radically changed pickups in their history for 1961. Previous generations continued to use engines from the generation before, but 1961 utilized Chrysler’s all-new and now famous Slant Six engine, which was standard in all light-duty pickups. The new Dodge also featured the industry’s first use of alternators in pickups.  Unfortunately, the launch year grille was made up of tinsel thin bars. Since it was both fragile and barely covered the front fascia, 1962 saw beefier front ornamentation more appropriate on a work truck, as this was still a time when trucks were primarily used for utility and didn’t have much use for excessive styling elements. 1962 also saw Dodge’s first crew cabs available as a regular production option.

While the private seller calls his Dodge a “Solid Truck”, he also provides many pictures indicating there a more than a few holes in this truck’s body that will need to be repaired if you plan to restore it.  If you’re a card-carrying member of the “Mopar or No Car” club and are looking for a vintage 4×4 to restore, this may be the truck for you.  Good luck with the purchase!

“Solid truck. New slave cylinder and master on clutch. New master cylinder on brakes. 318 standard trans. 4 wheel drive. Had plans on restoring and unfortunately do not have the time. Serious inquiries only. Only trades considered would be an enclosed UTV or RTV.“

Restore or run as is: What would you do with this vintage Dodge?  Comment below and let us know!