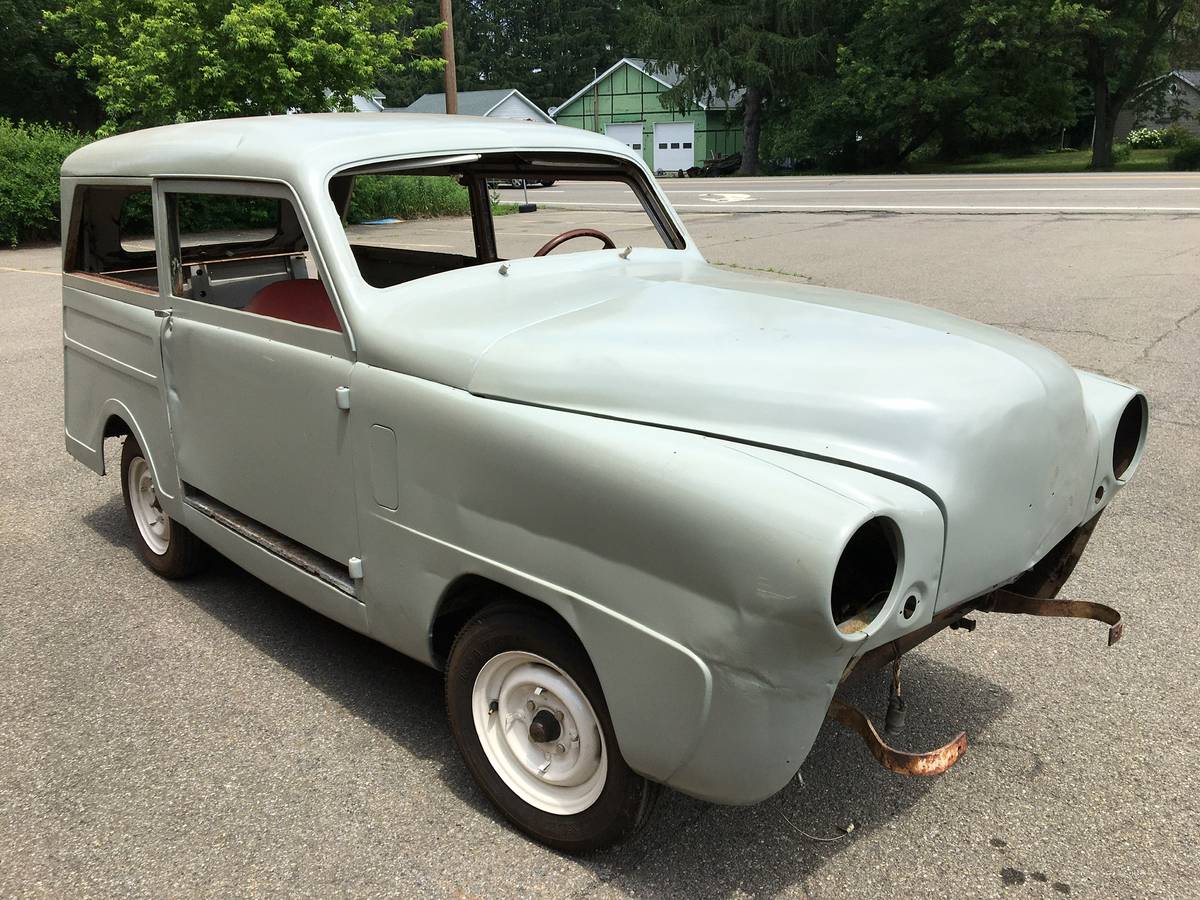 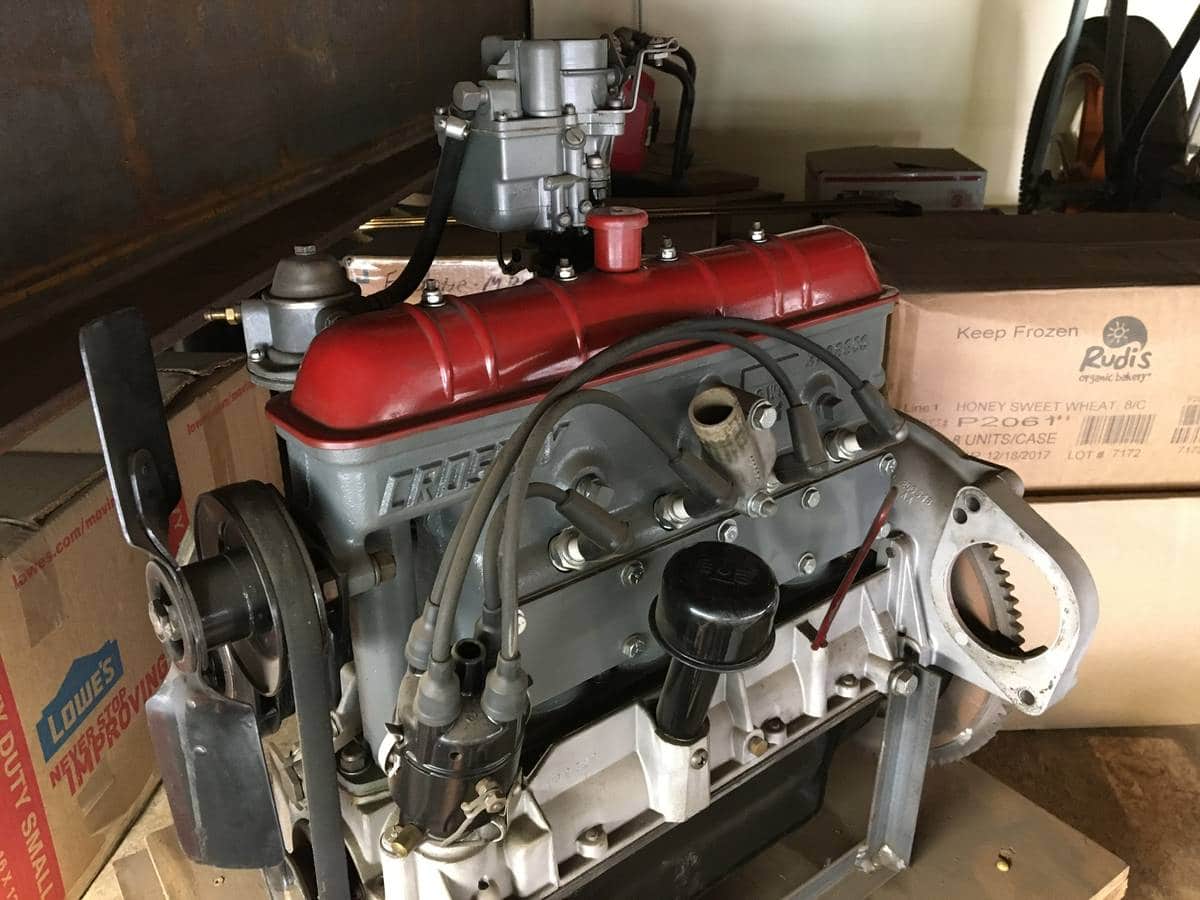 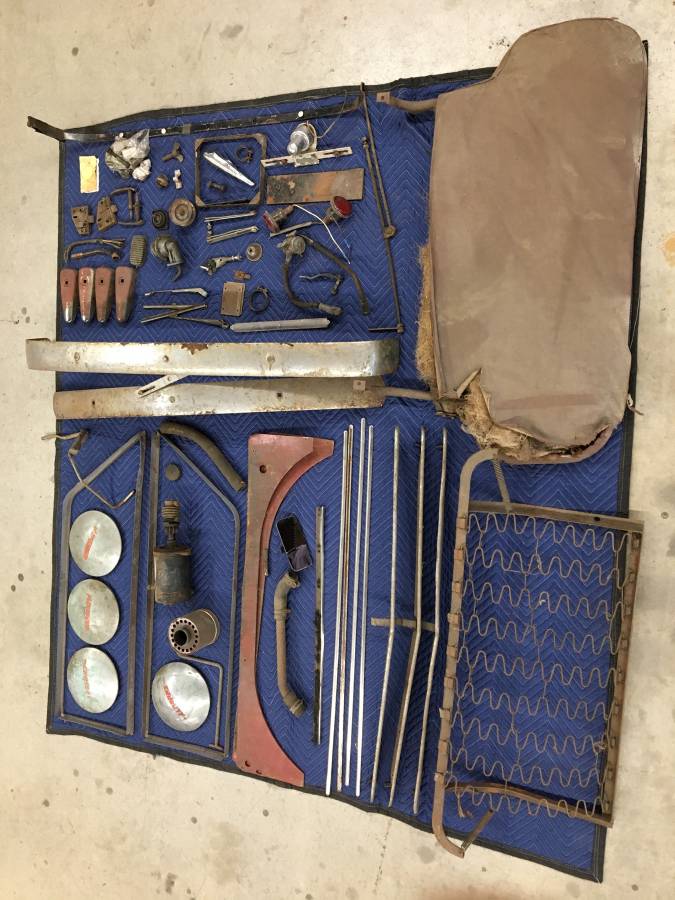 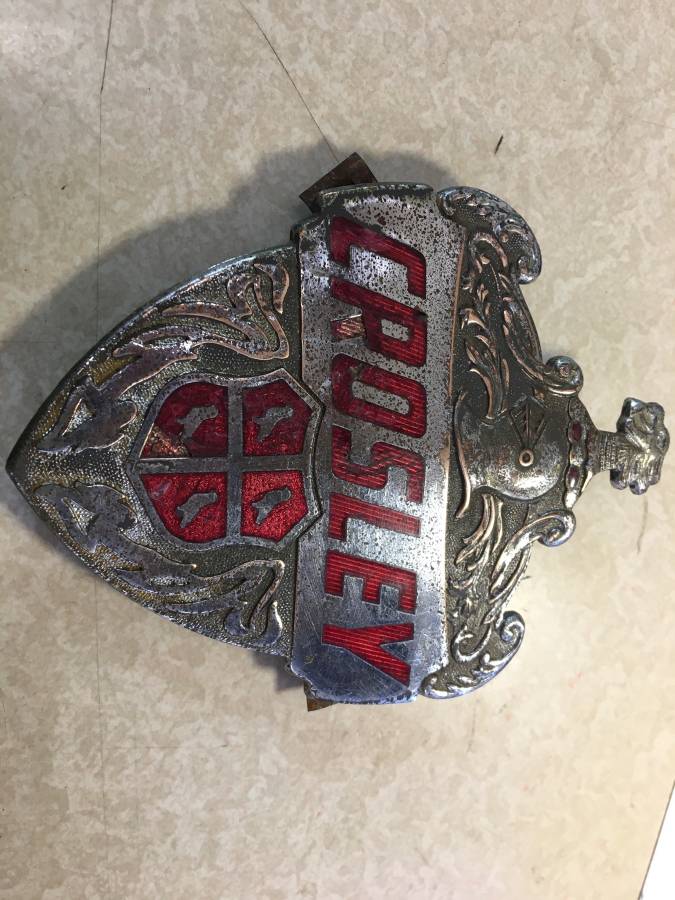 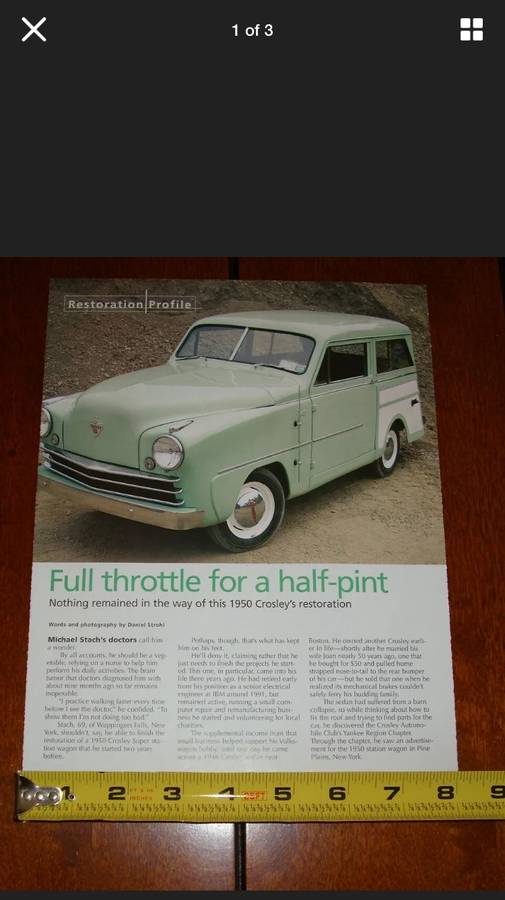 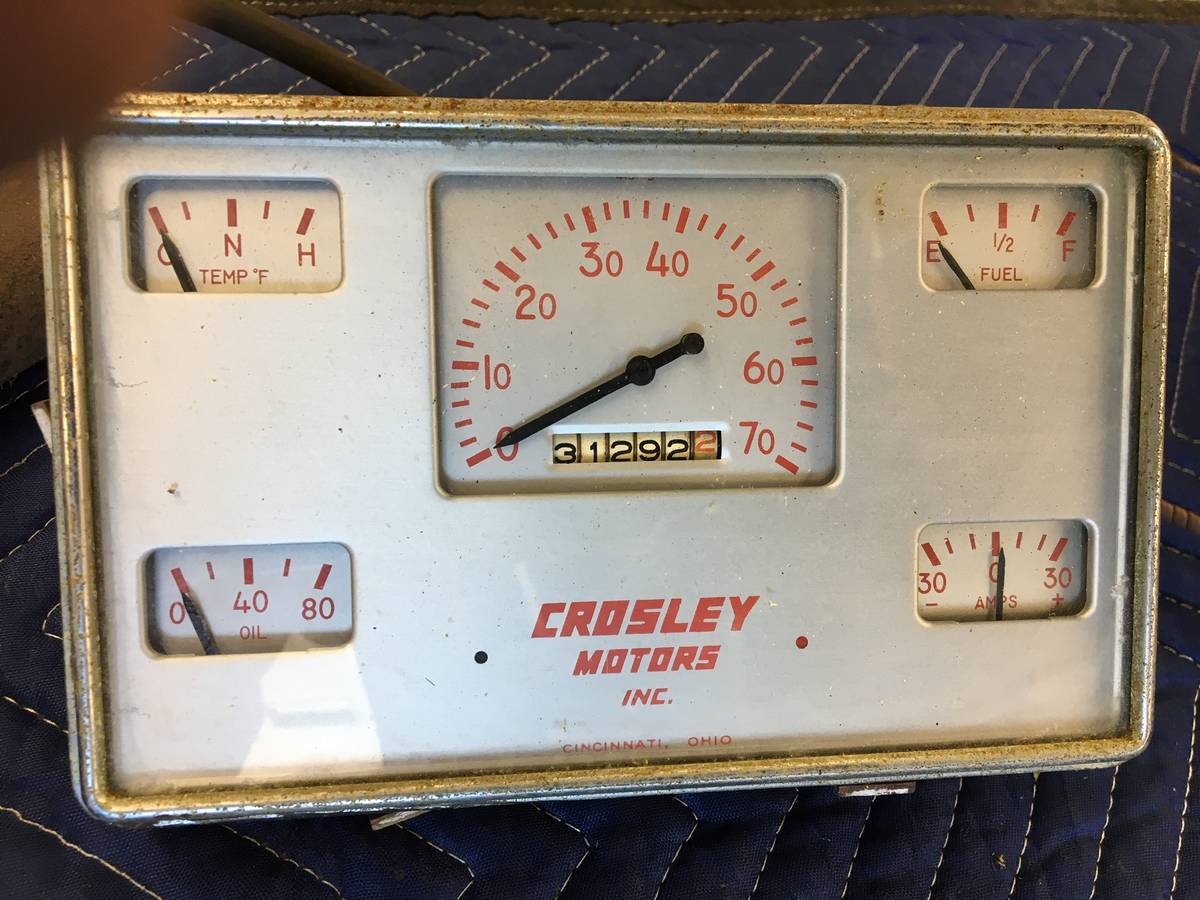 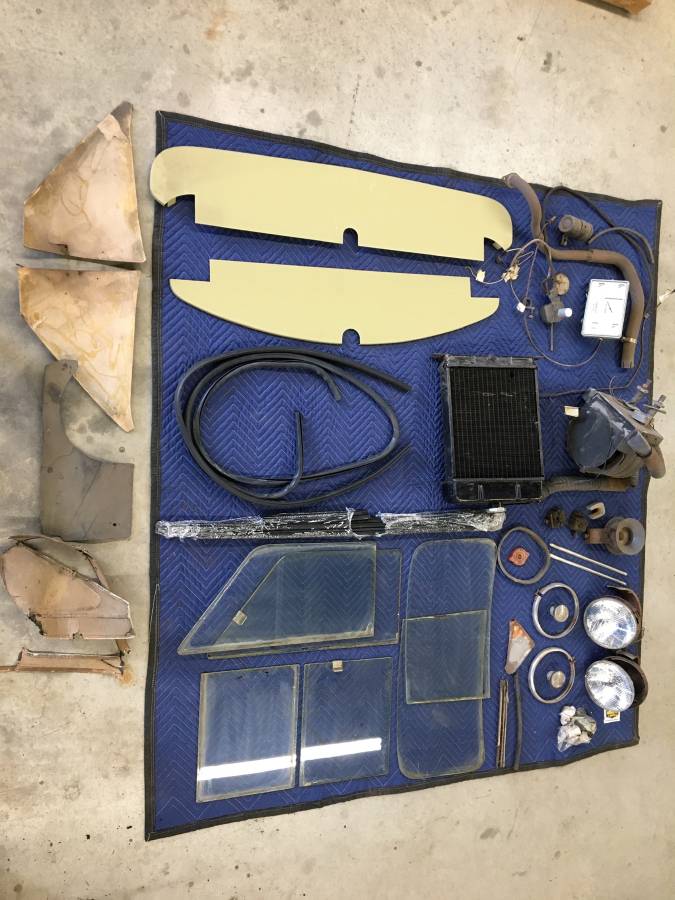 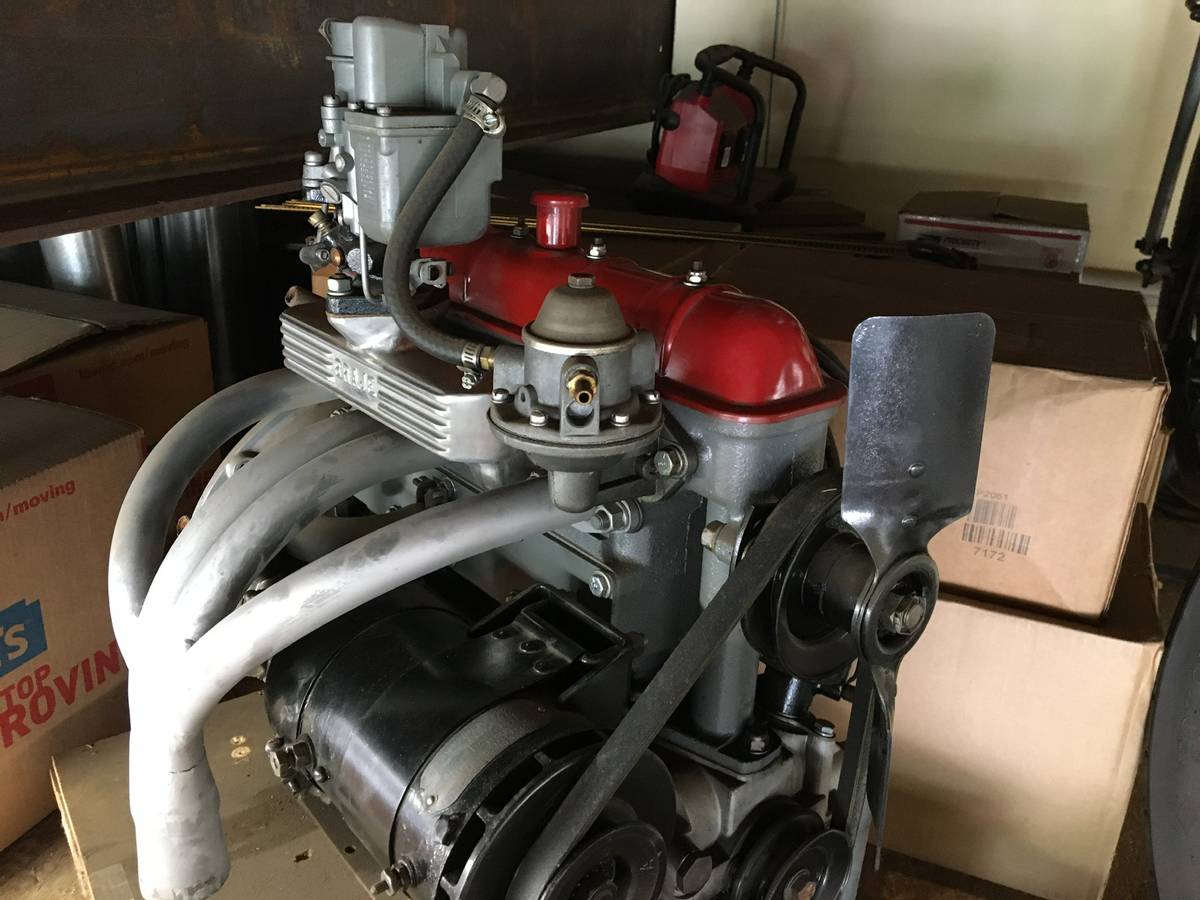 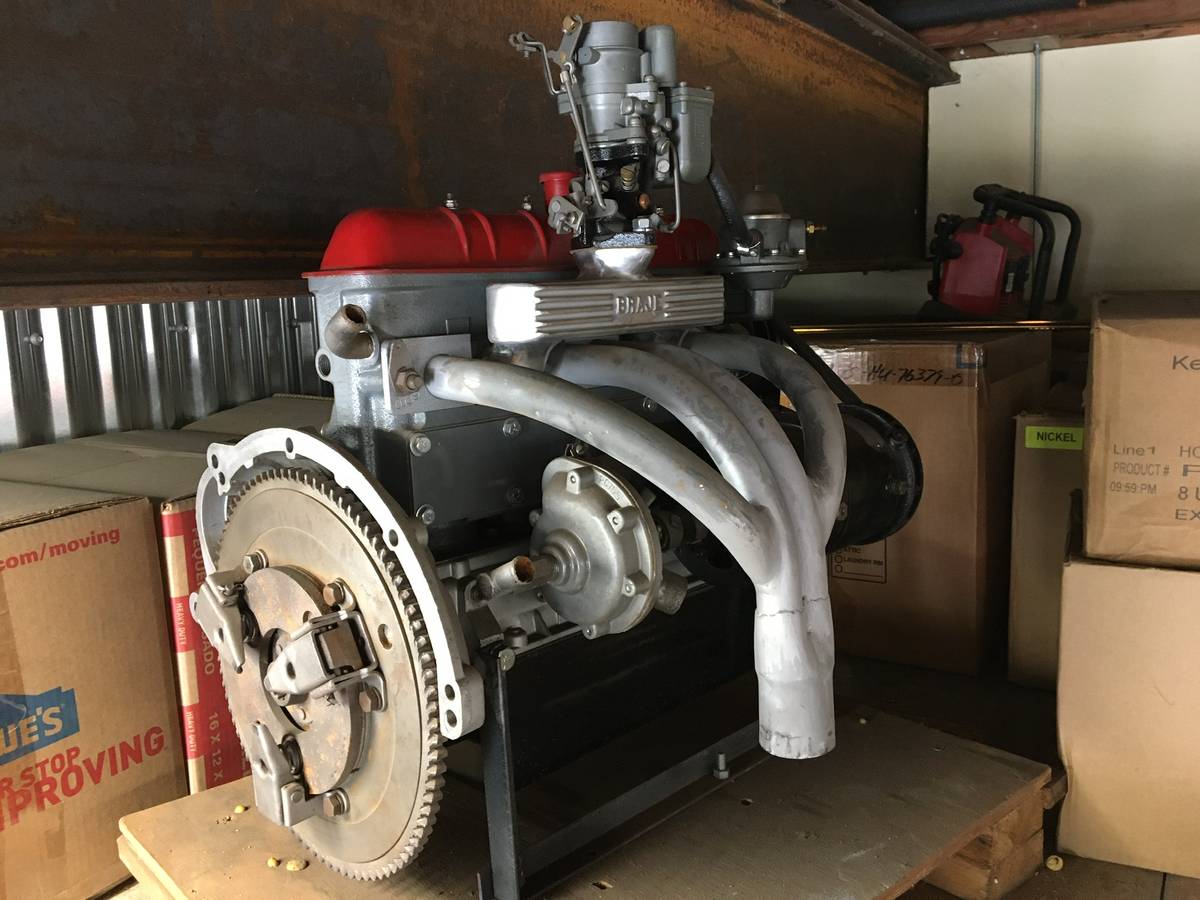 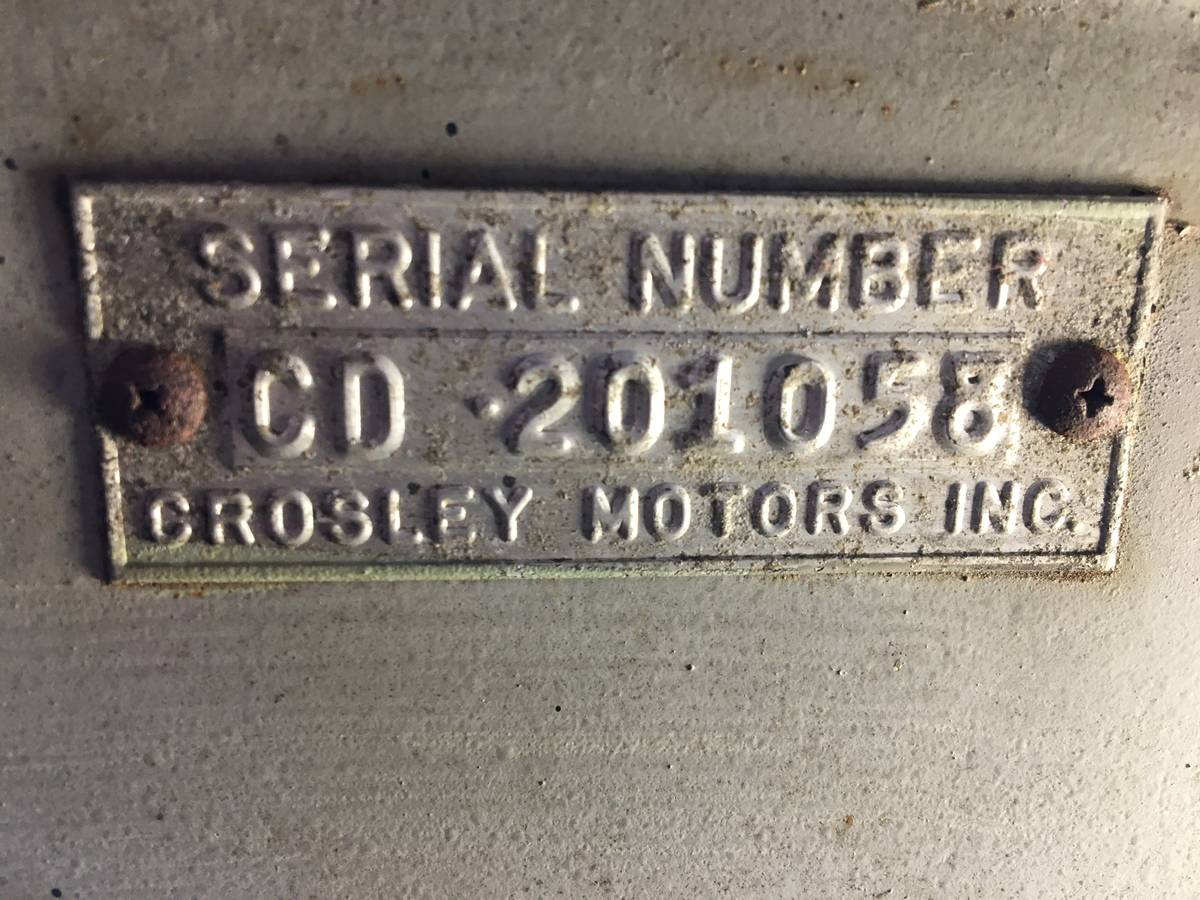 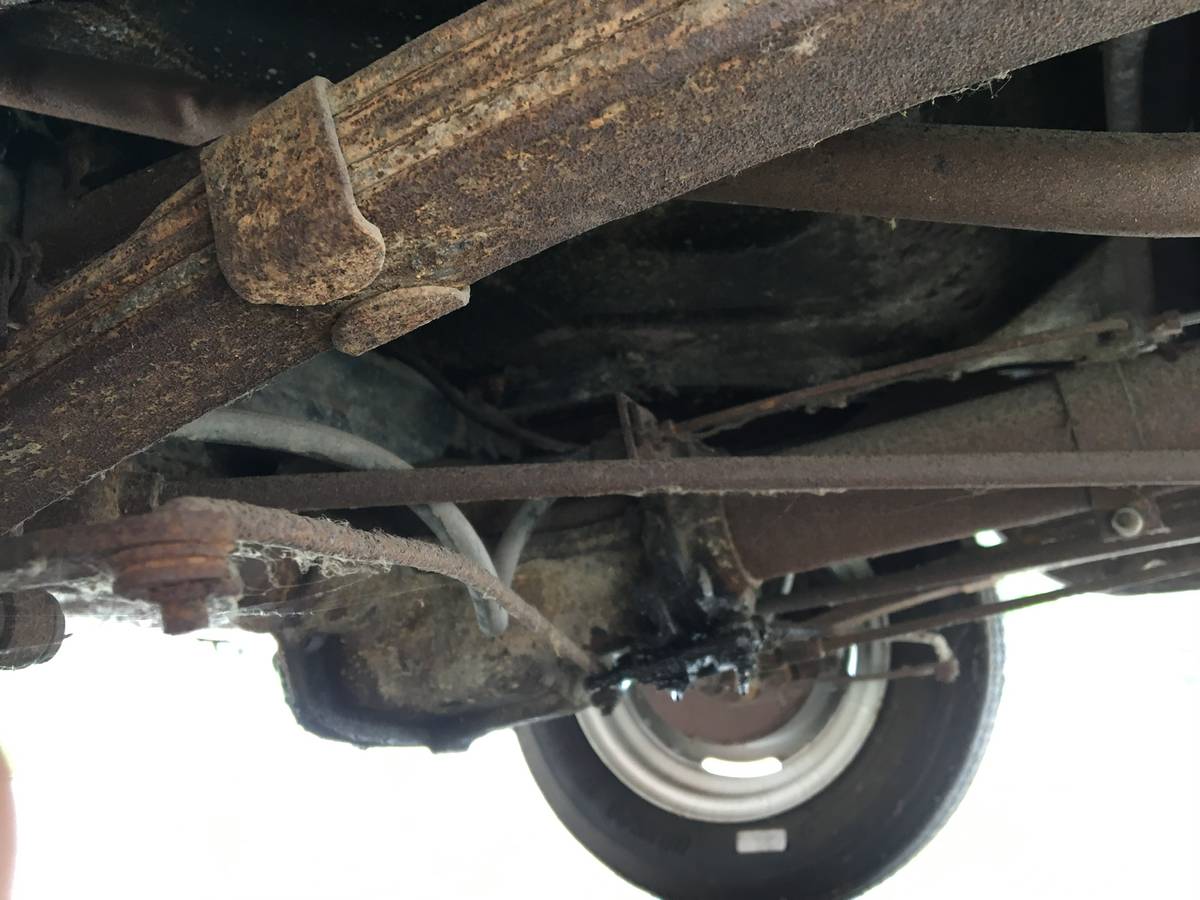 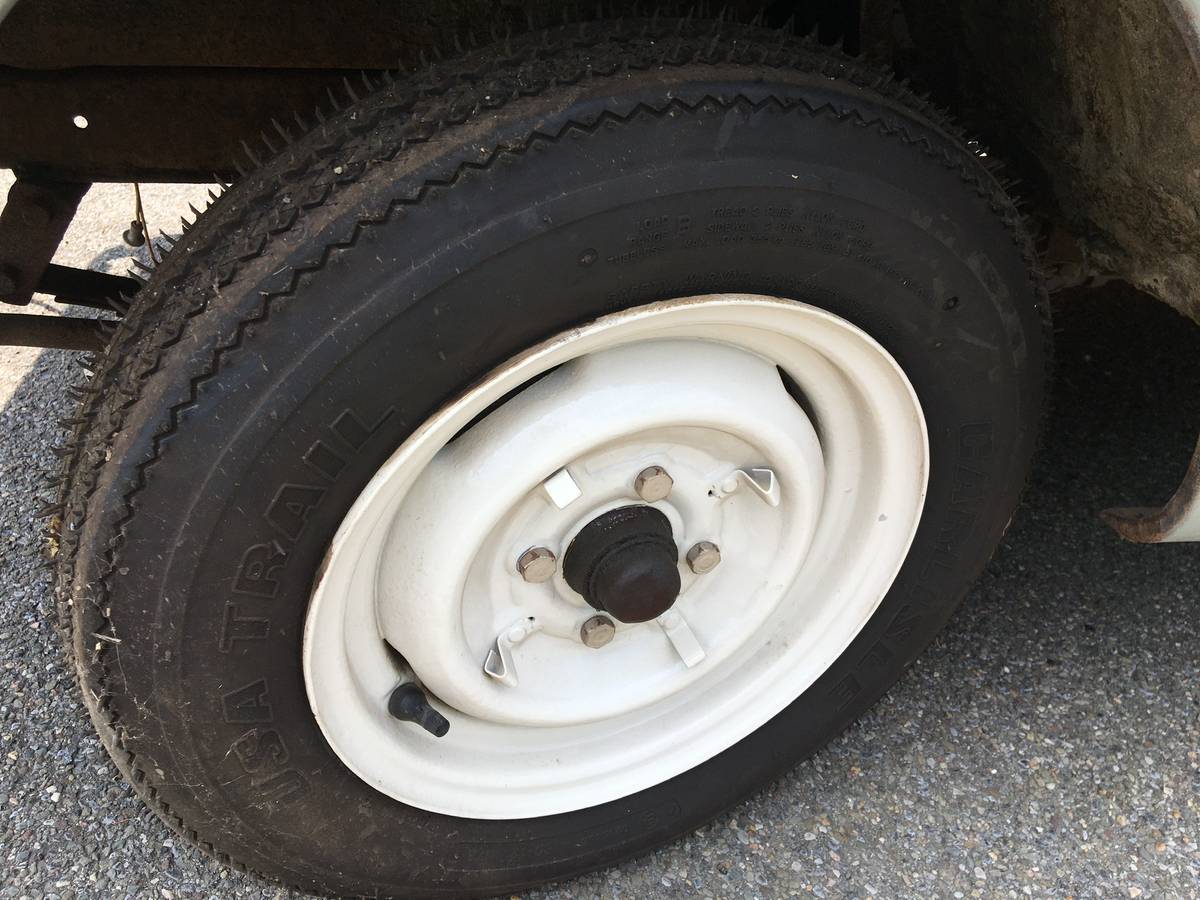 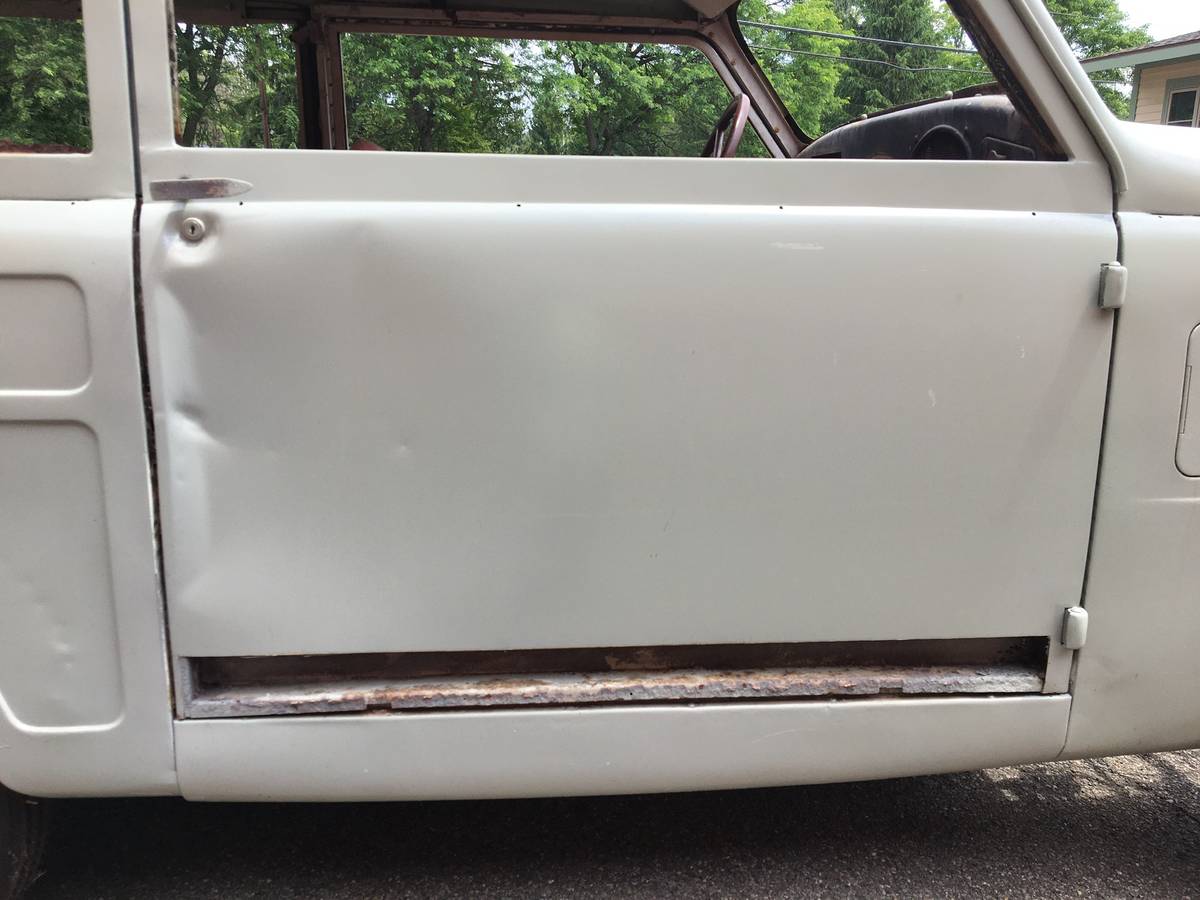 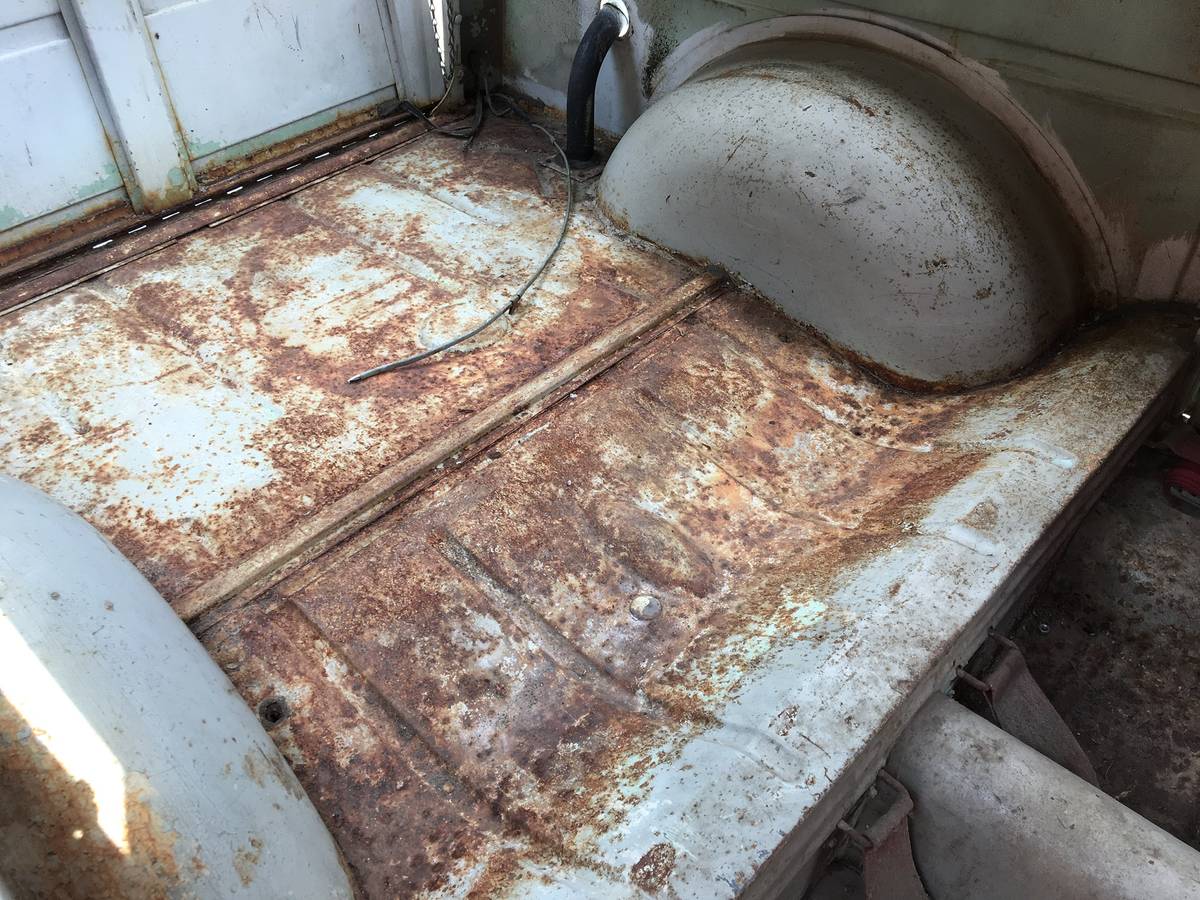 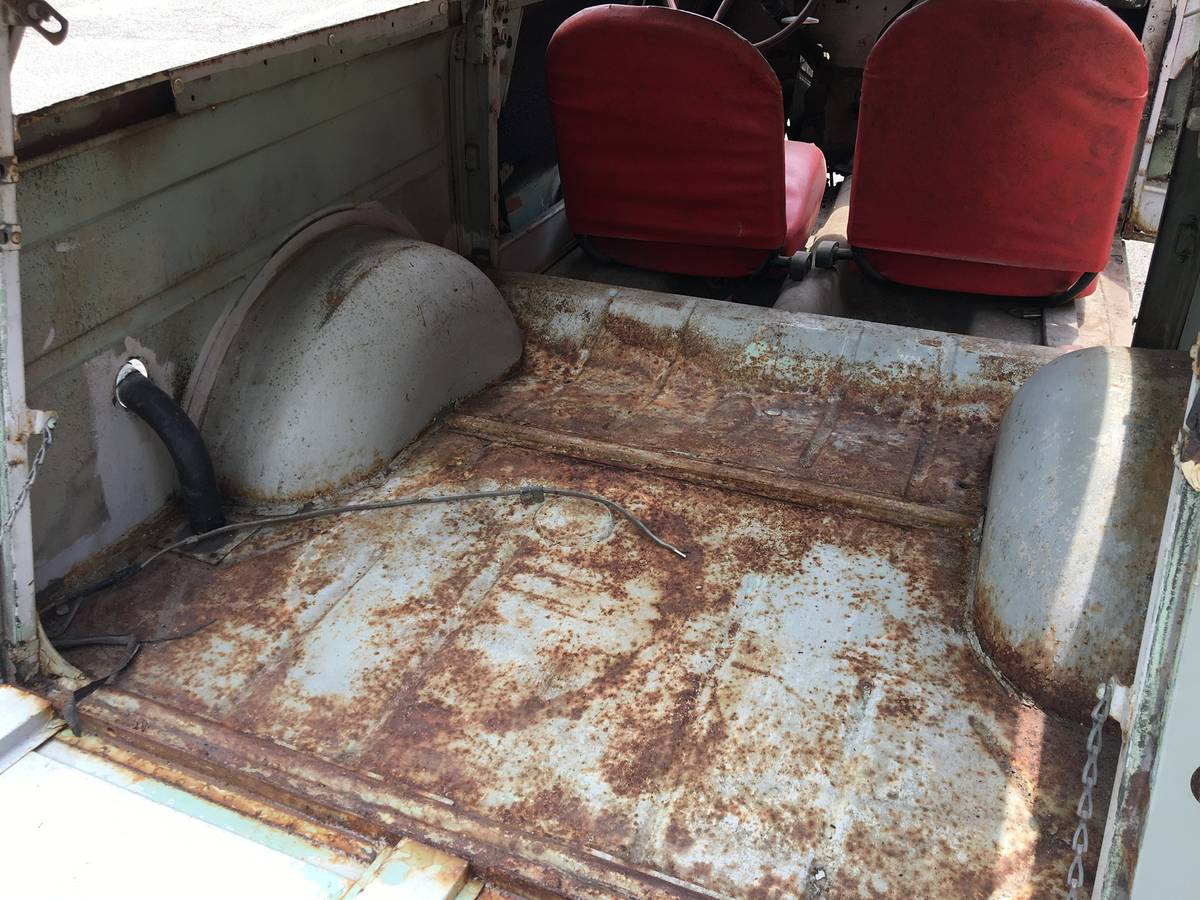 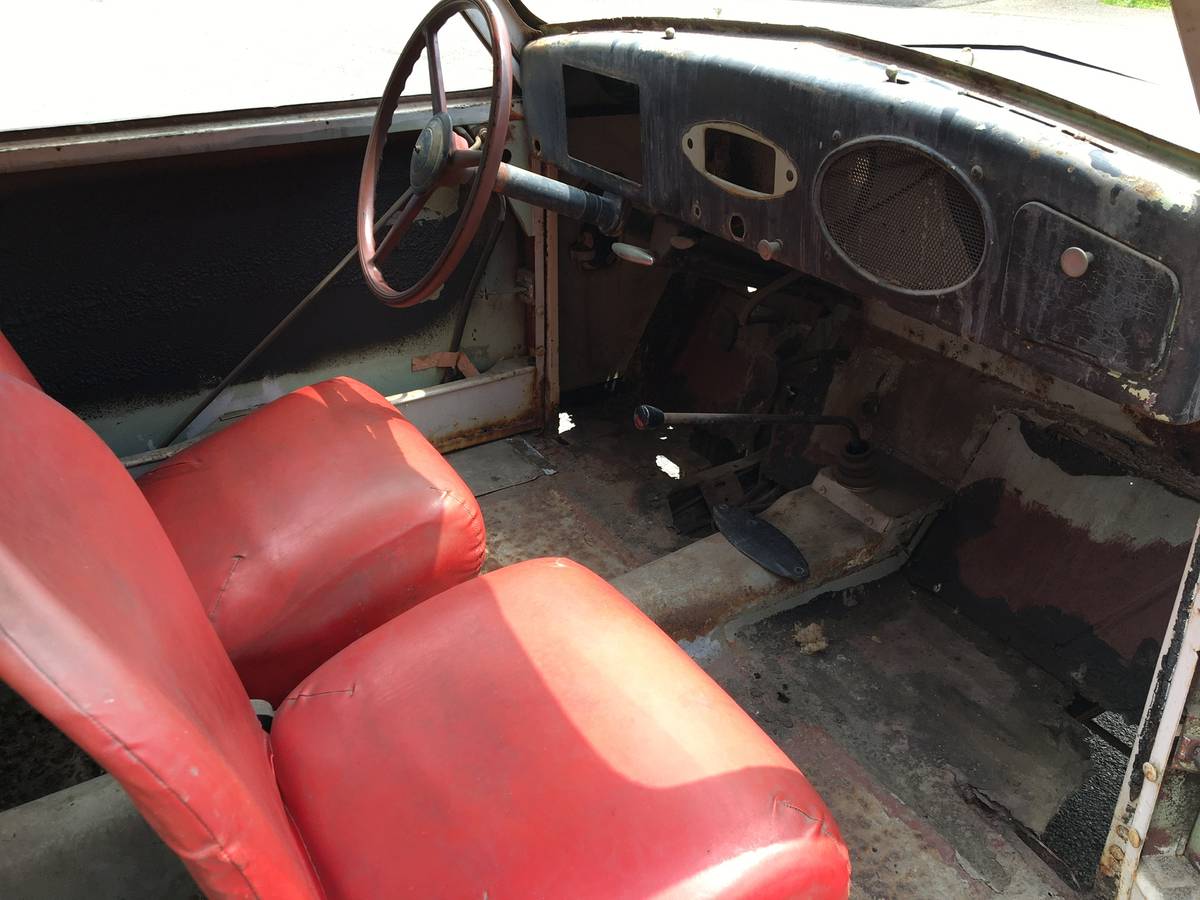 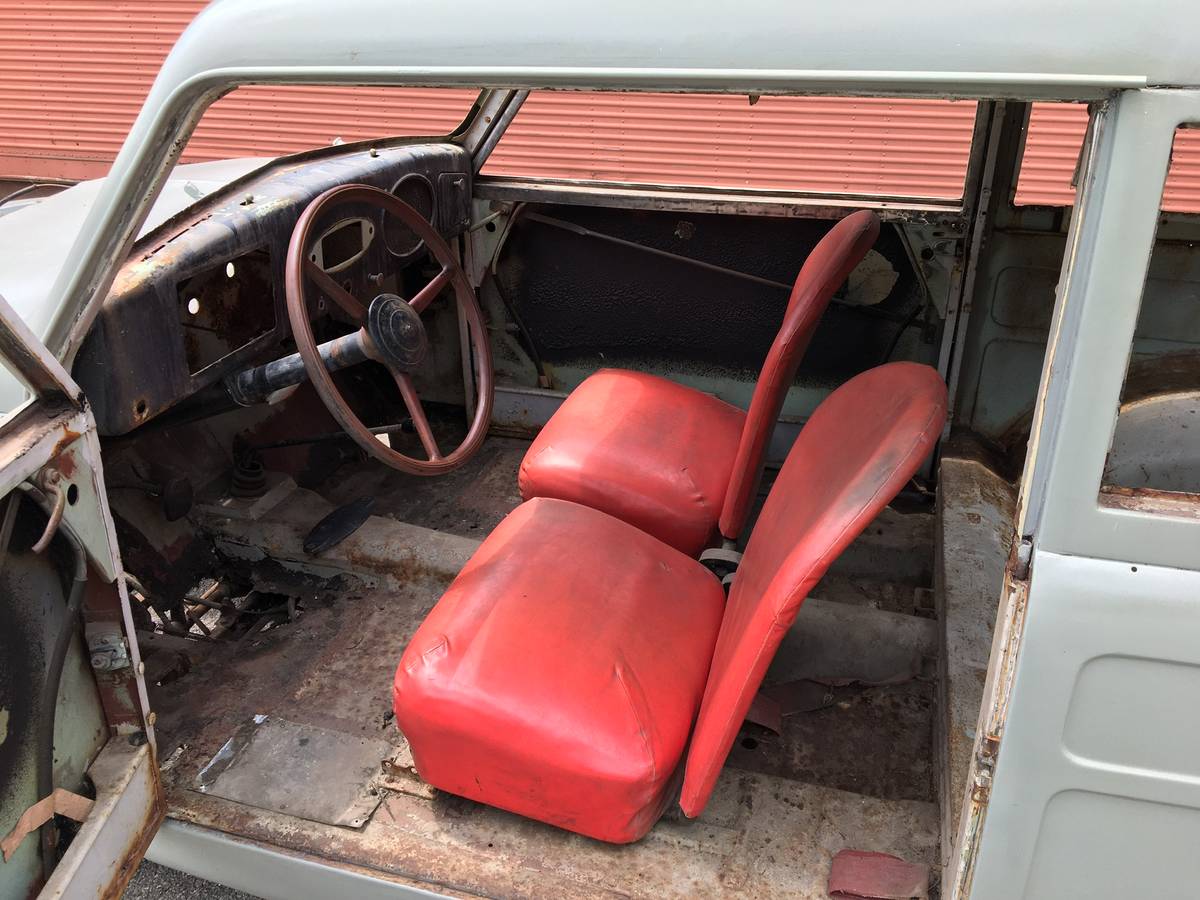 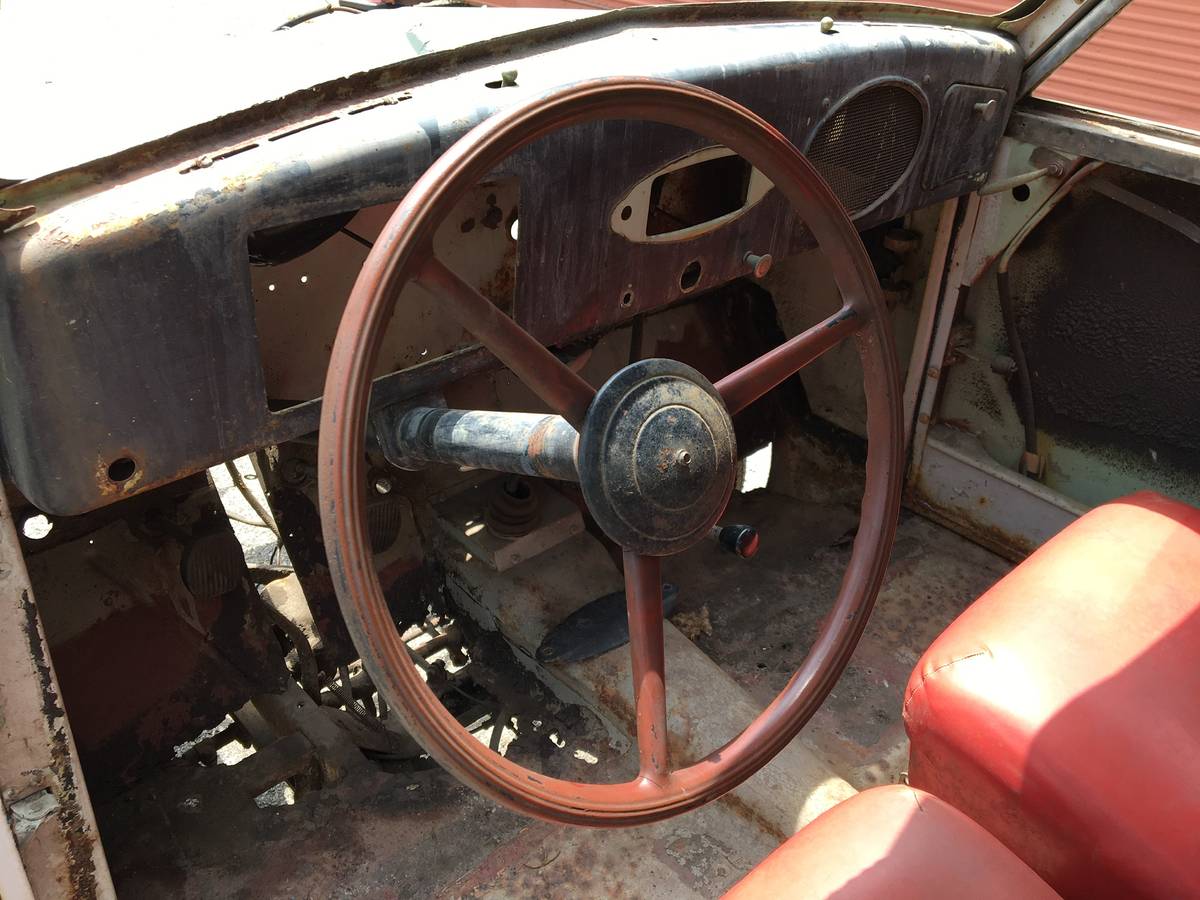 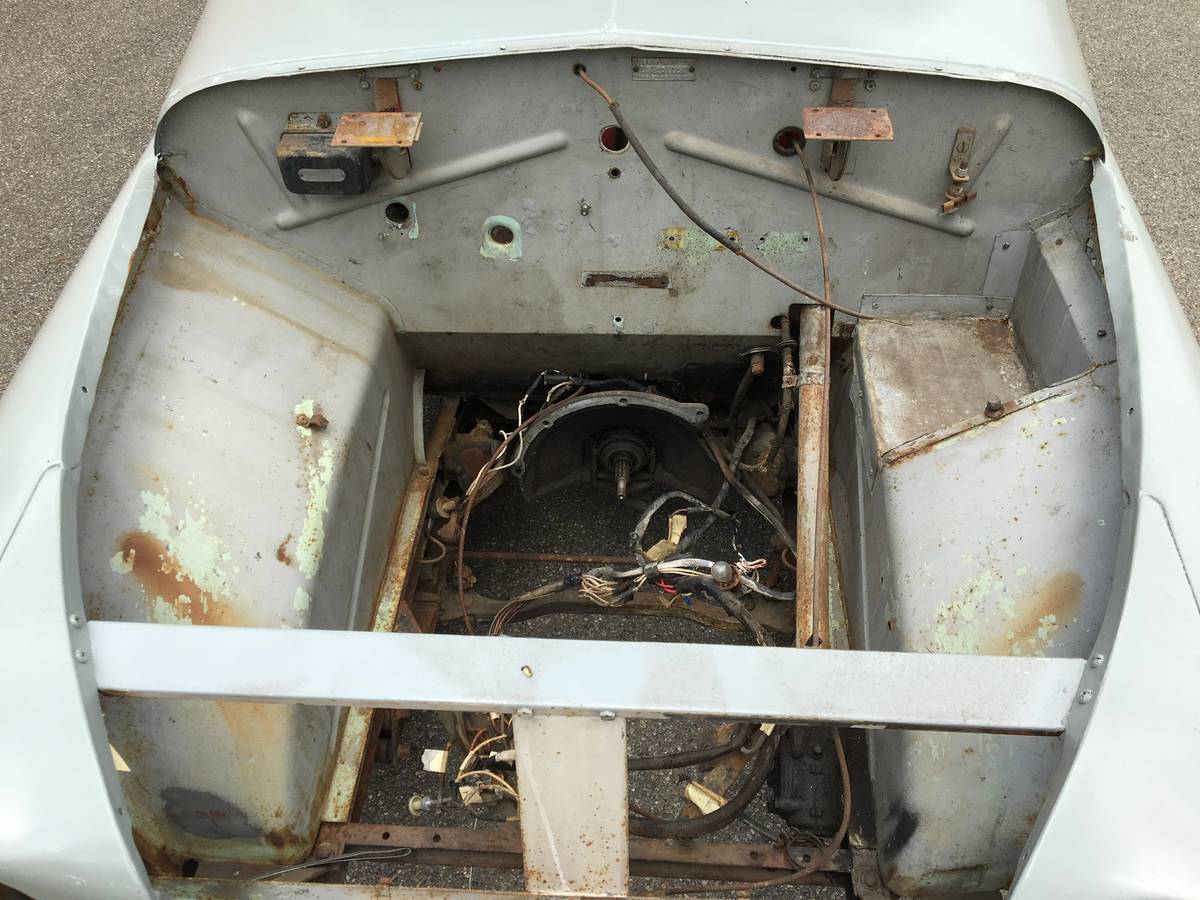 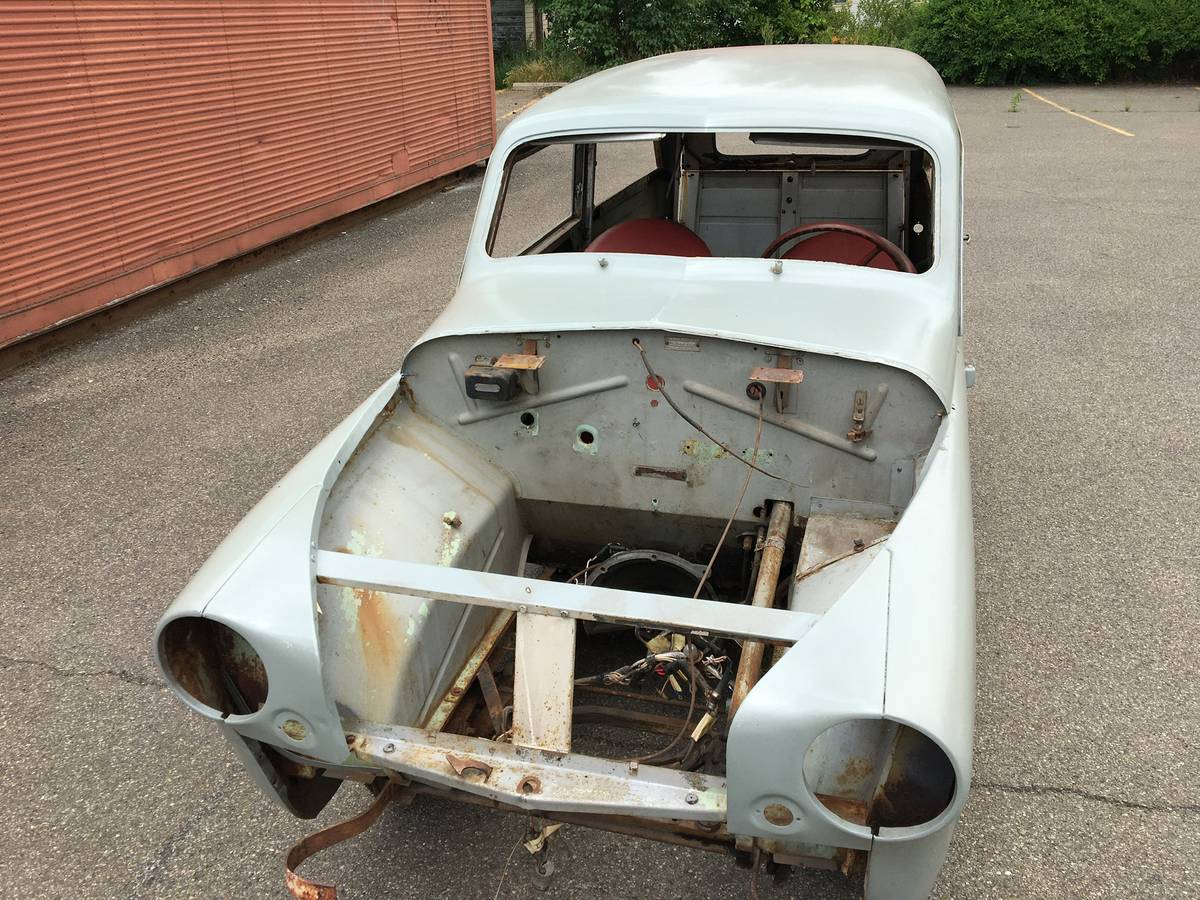 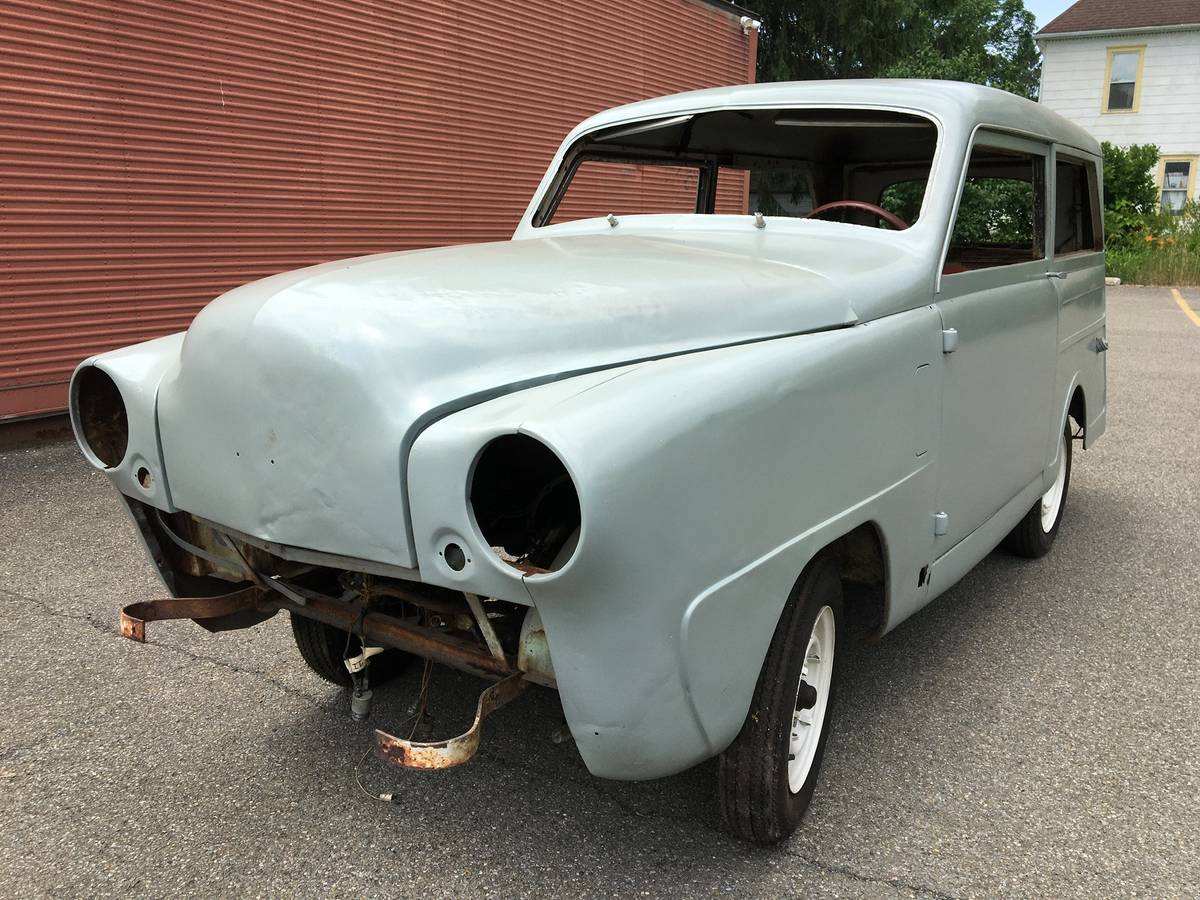 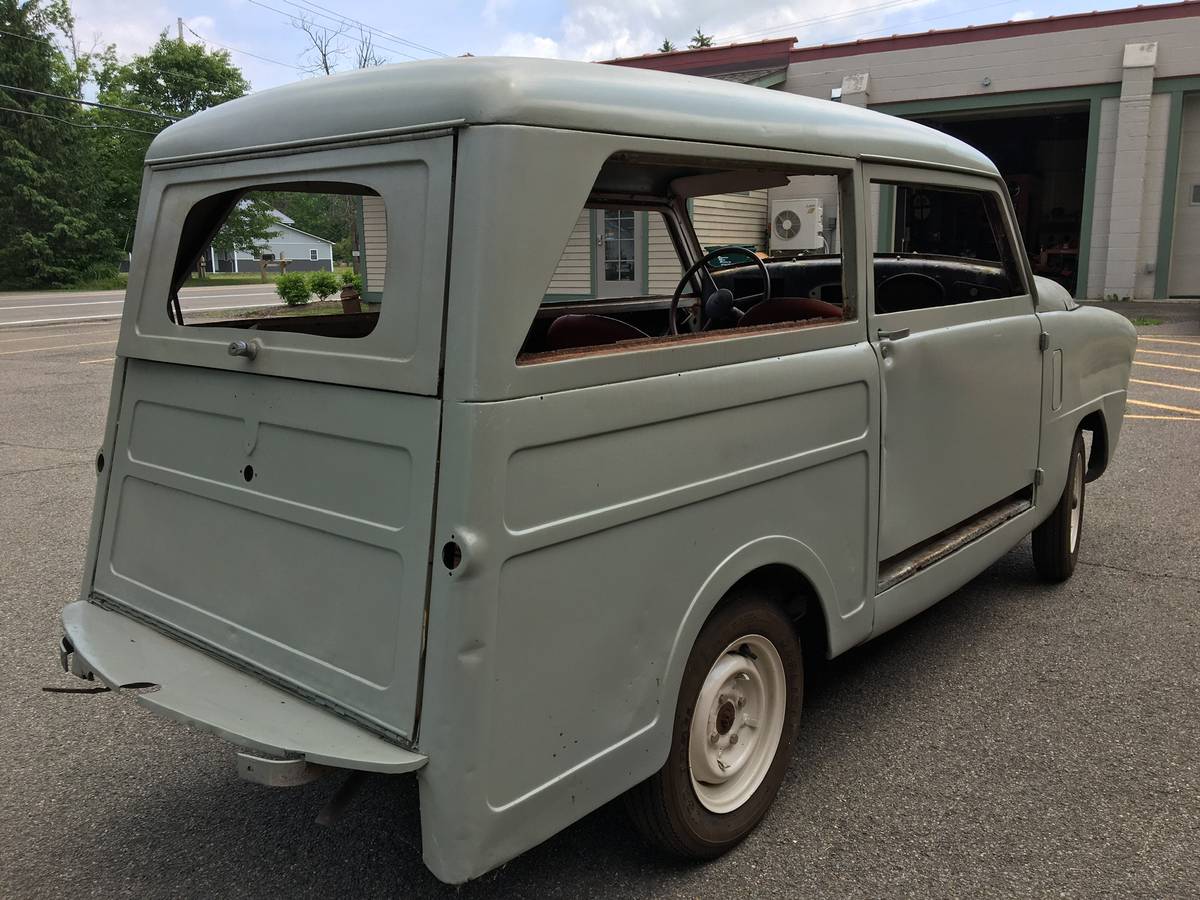 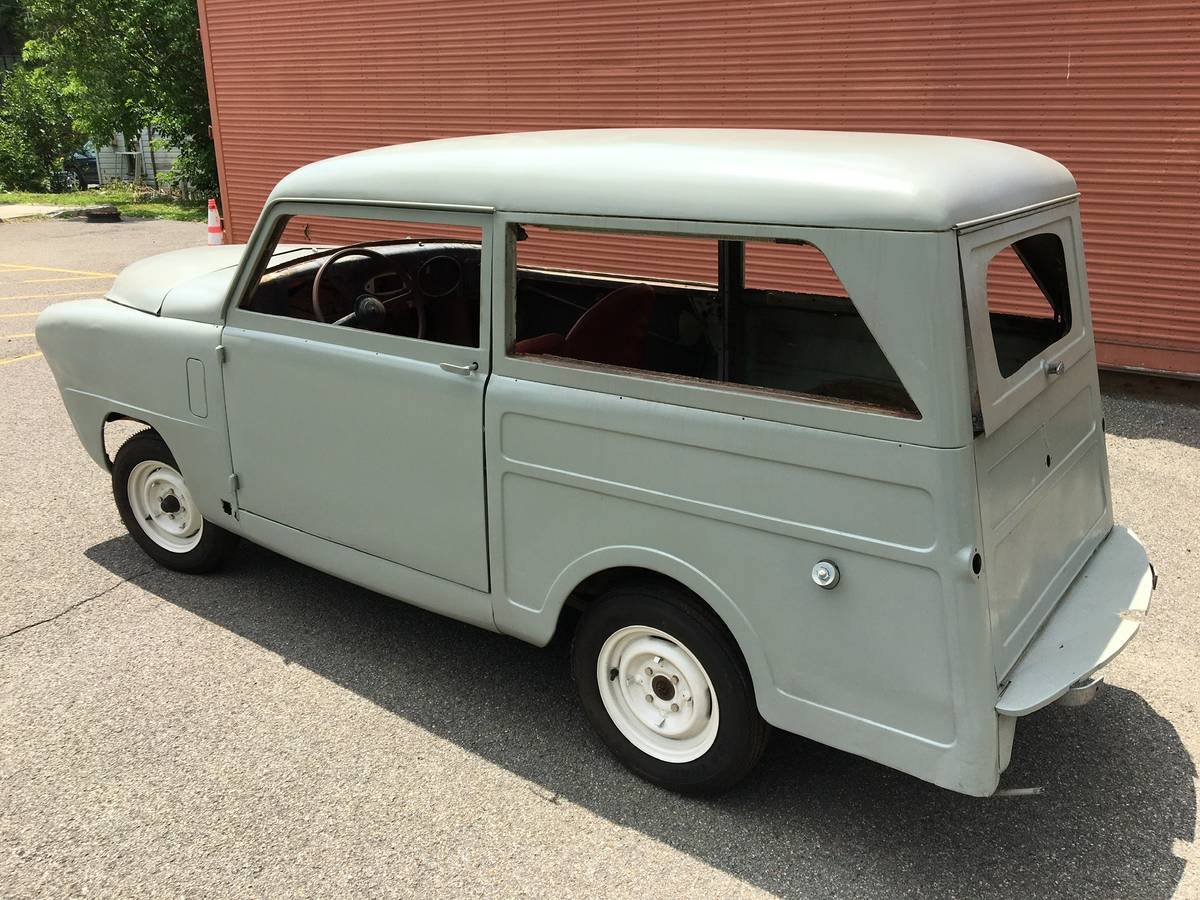 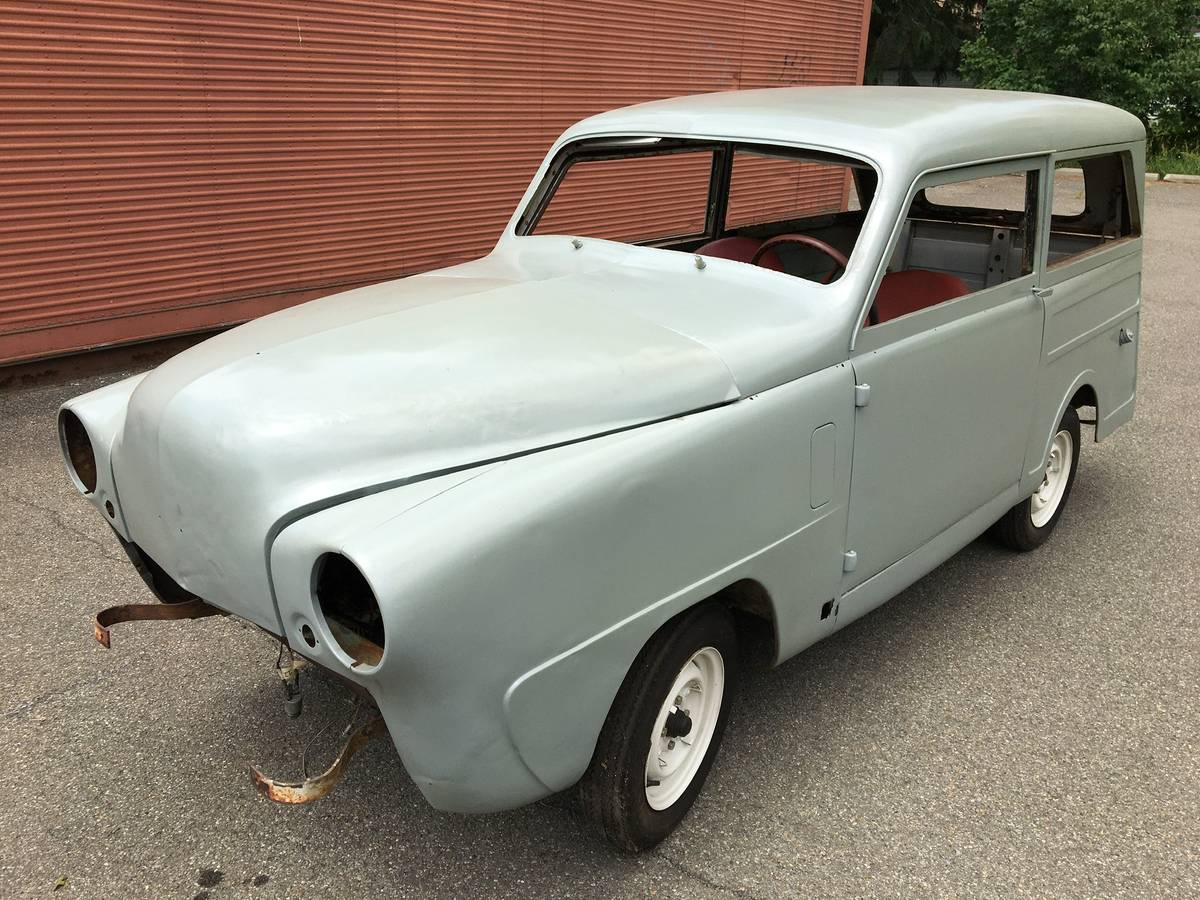 If you’re not familiar with the brand, Crosley Motors was an independent manufacturer of subcompact cars. Based in Cincinnati, Ohio, the small carmaker started producing its line of tiny vehicles in 1939 only to be stopped two years later due to World War II. While the company restarted production after the war, returning veterans wanted big cars and the concept of a two-car family remained a rare luxury.  Consequently, by 1952 Crosley went out of business.

While Station wagons such as the example featured here were the most popular model, Crosley also offered sedans, pickups, convertibles, a sports car, and even a tiny jeep-like vehicle.  Crosley introduced several “firsts” in American automotive history, including the first affordable, mass-market car with an overhead camshaft engine in 1946; the first use of the term ‘Sport(s-) Utility’ in 1947, for a 1948 model year convertible wagon; and the first American cars to be fitted with 4-wheel caliper type disc brakes, as well as America’s first post-war sports car, the Hotshot, in the 1949 model year.

We came across this 1950 two-door wagon project currently first listed in November 2020 on Craigslist in Ithaca, New York for $3,000. With the Collector Car Market Review Online Tool indicating #1 “Excellent” restored examples only worth $19,675, taking over the restoration of this classic needs to be a labor of love rather than a pursuit of profit.

“Complete, but taken apart, Crosley wagon. The body has been partially prepped and is epoxy primed. There is still rust-thru on the front floor some dents to fix. The engine was professionally rebuilt by Barry Steel and with the new intake and exhaust manifolds, now has 35 massive horsepower! It needs to have the interior redone. The car is being sold for less than I have in the engine because I don’t have a transferable registration for it. But NYS DMV will issue one if the new owner provides a purchase receipt for the car. (I originally traded for the car without writing anything up).” 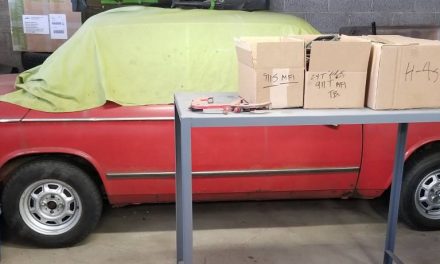 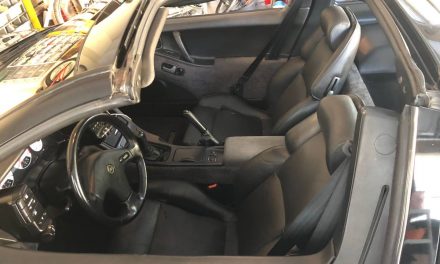 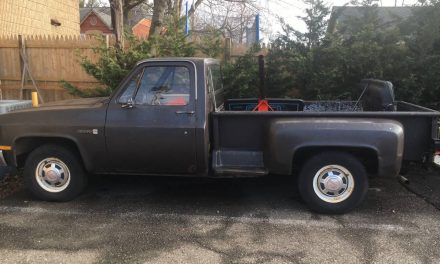 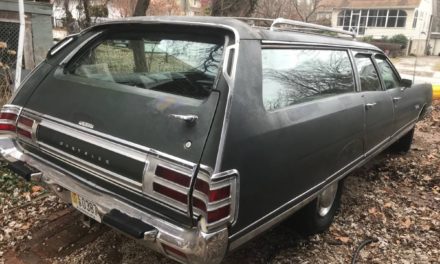