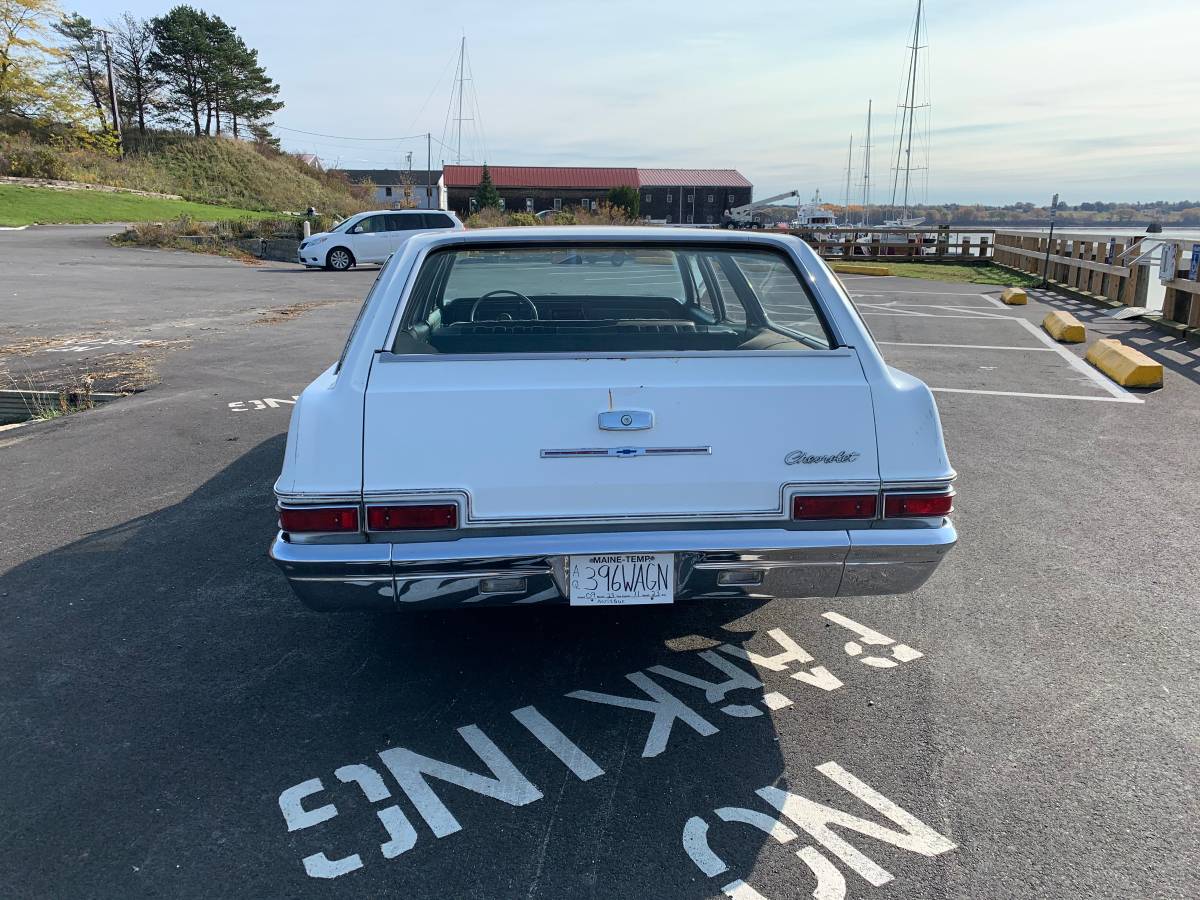 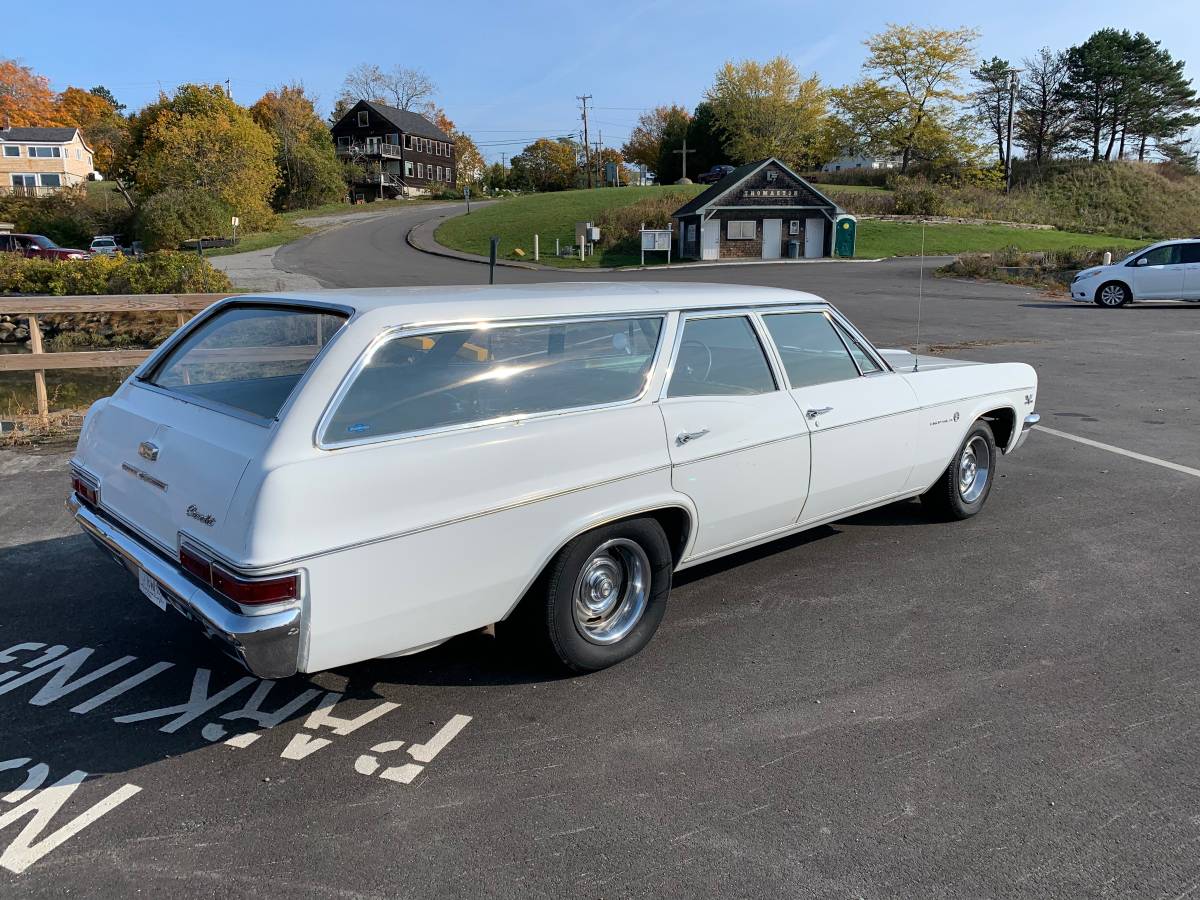 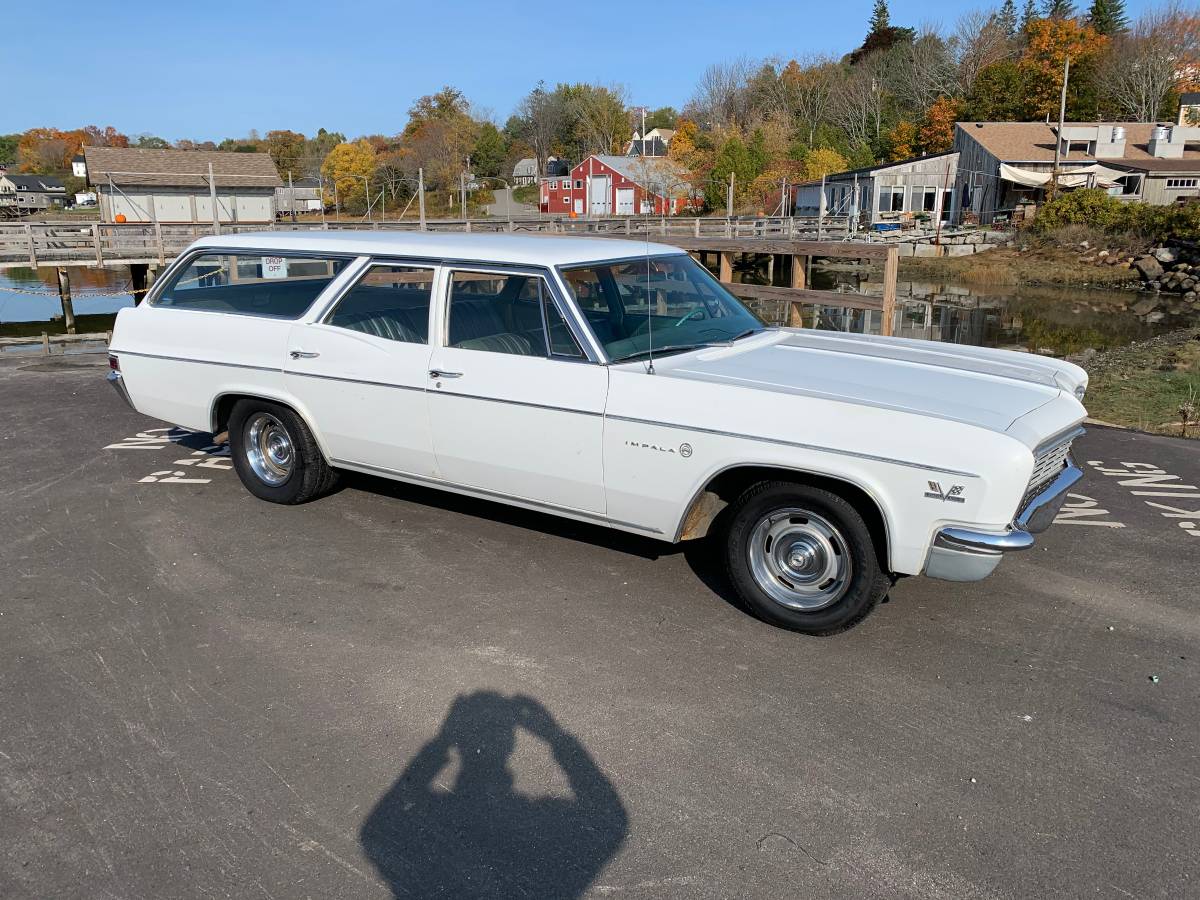 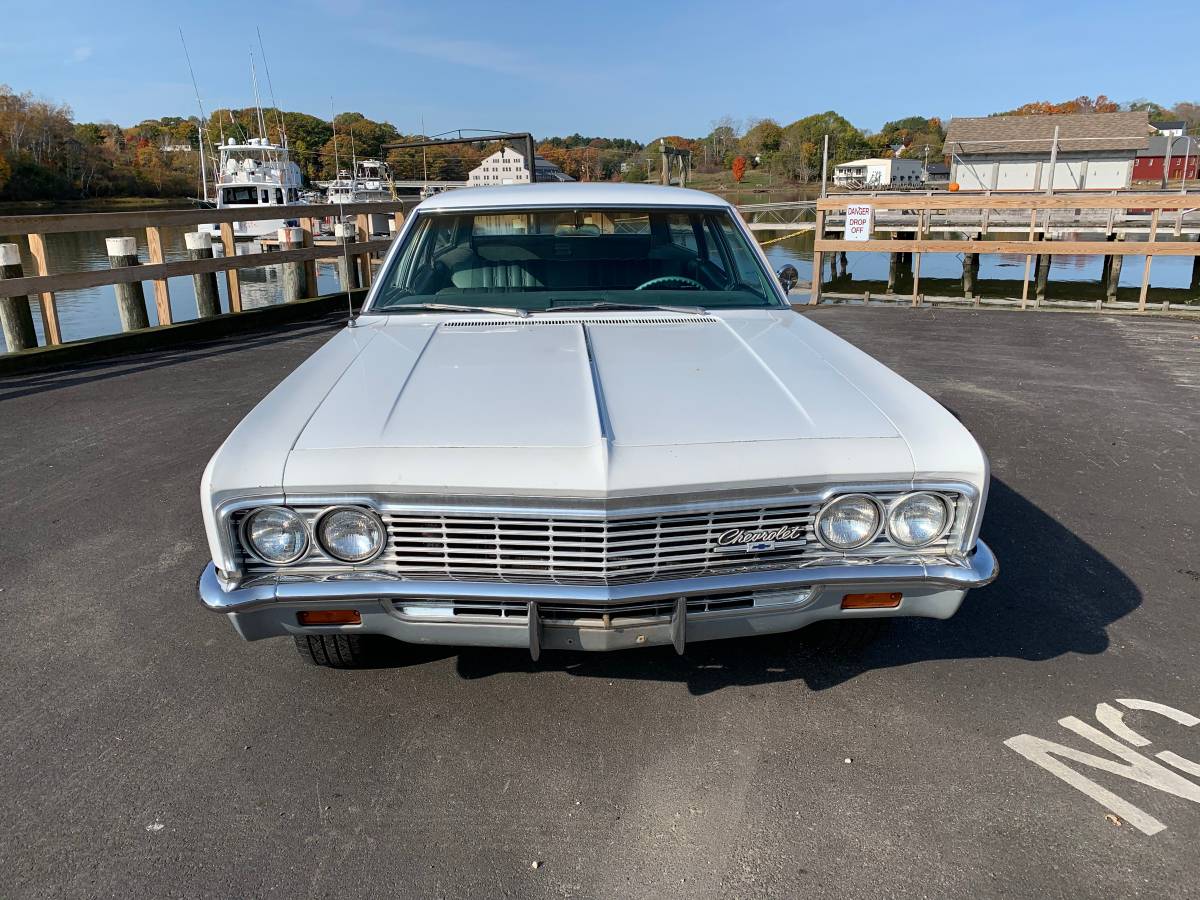 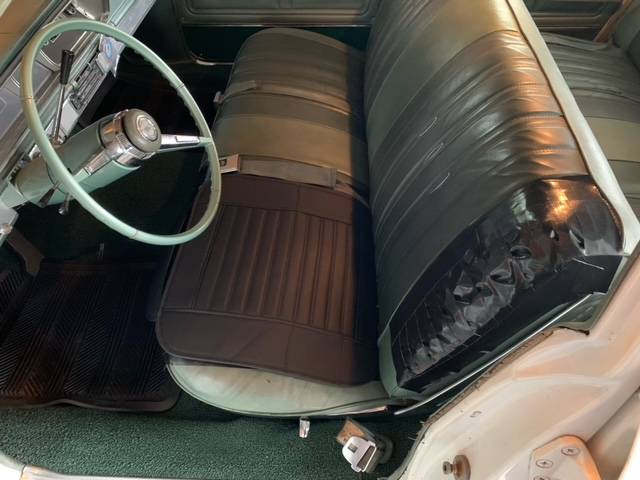 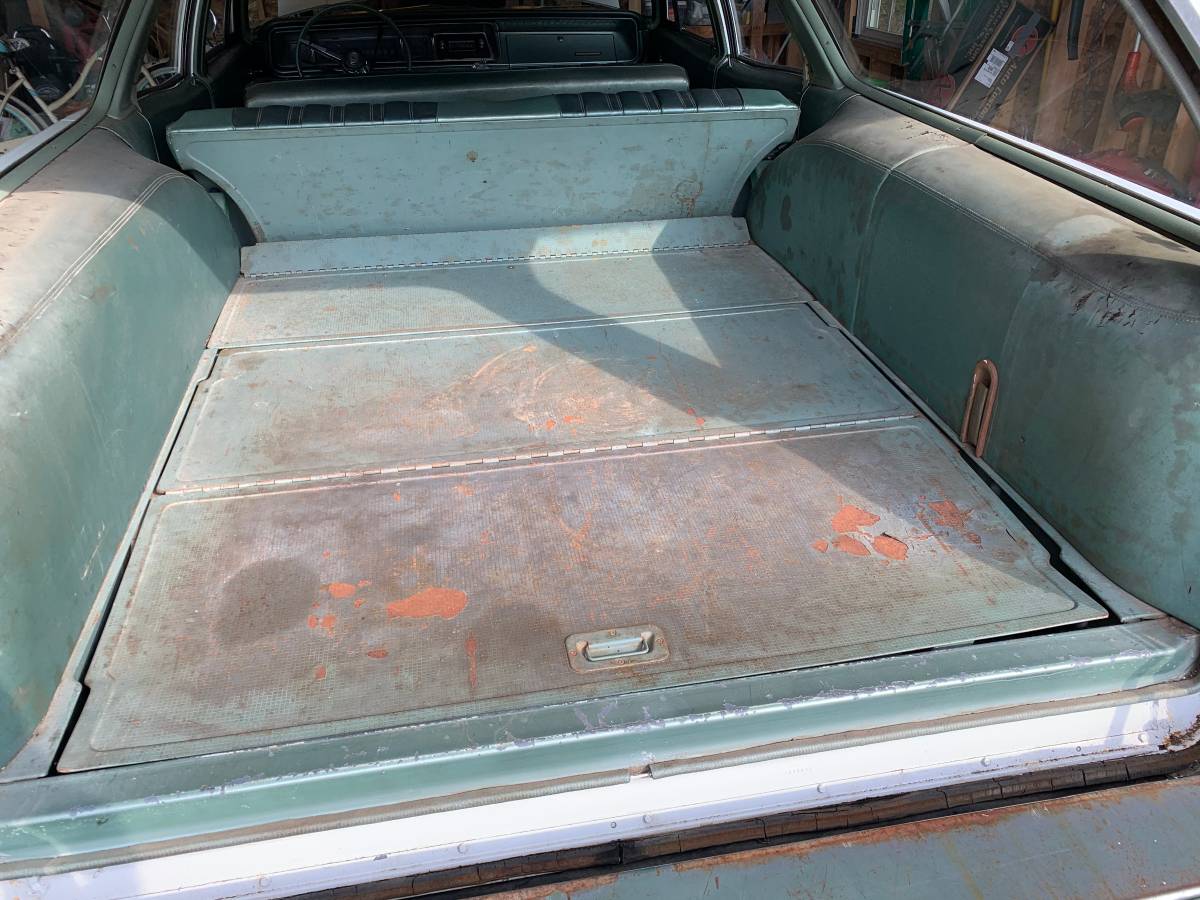 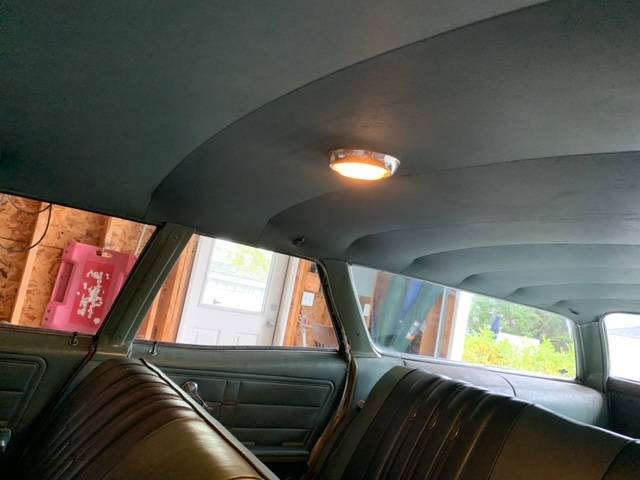 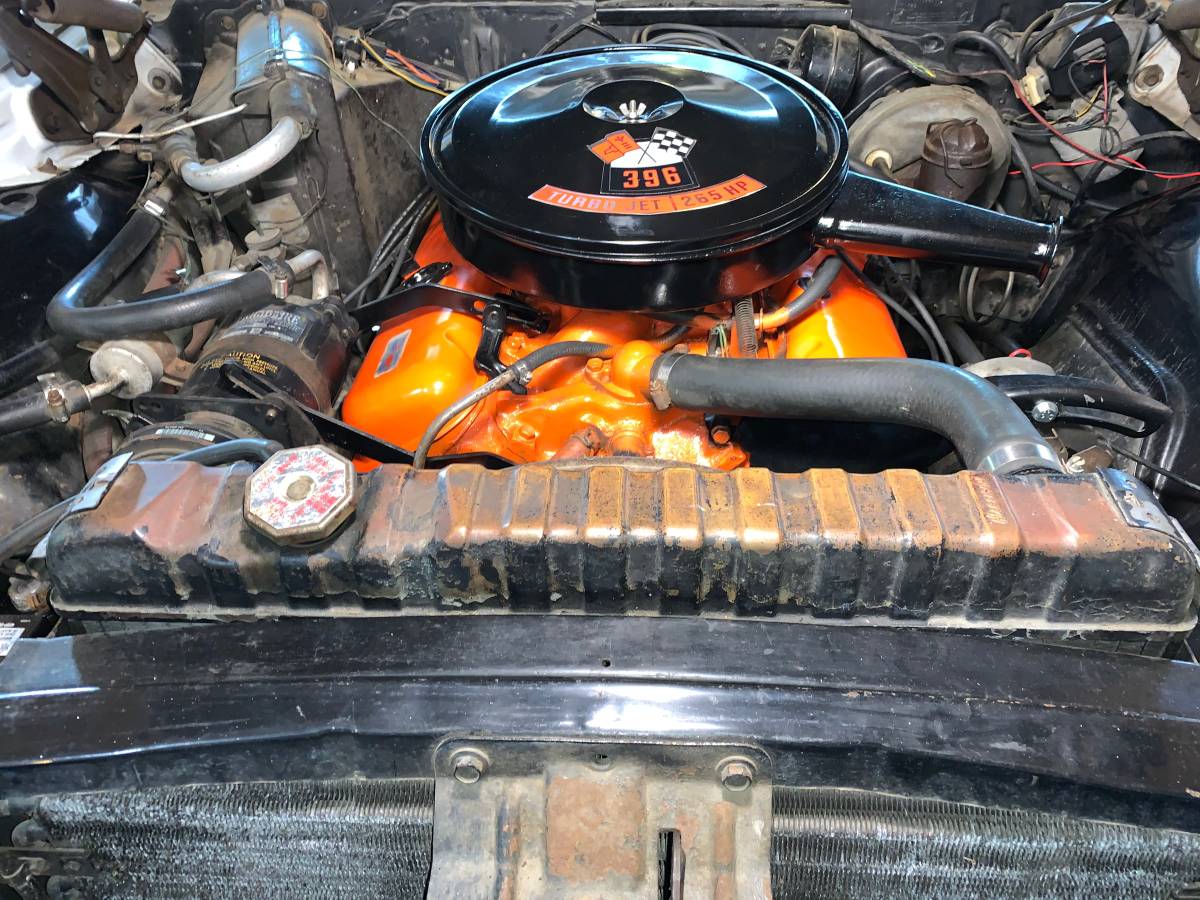 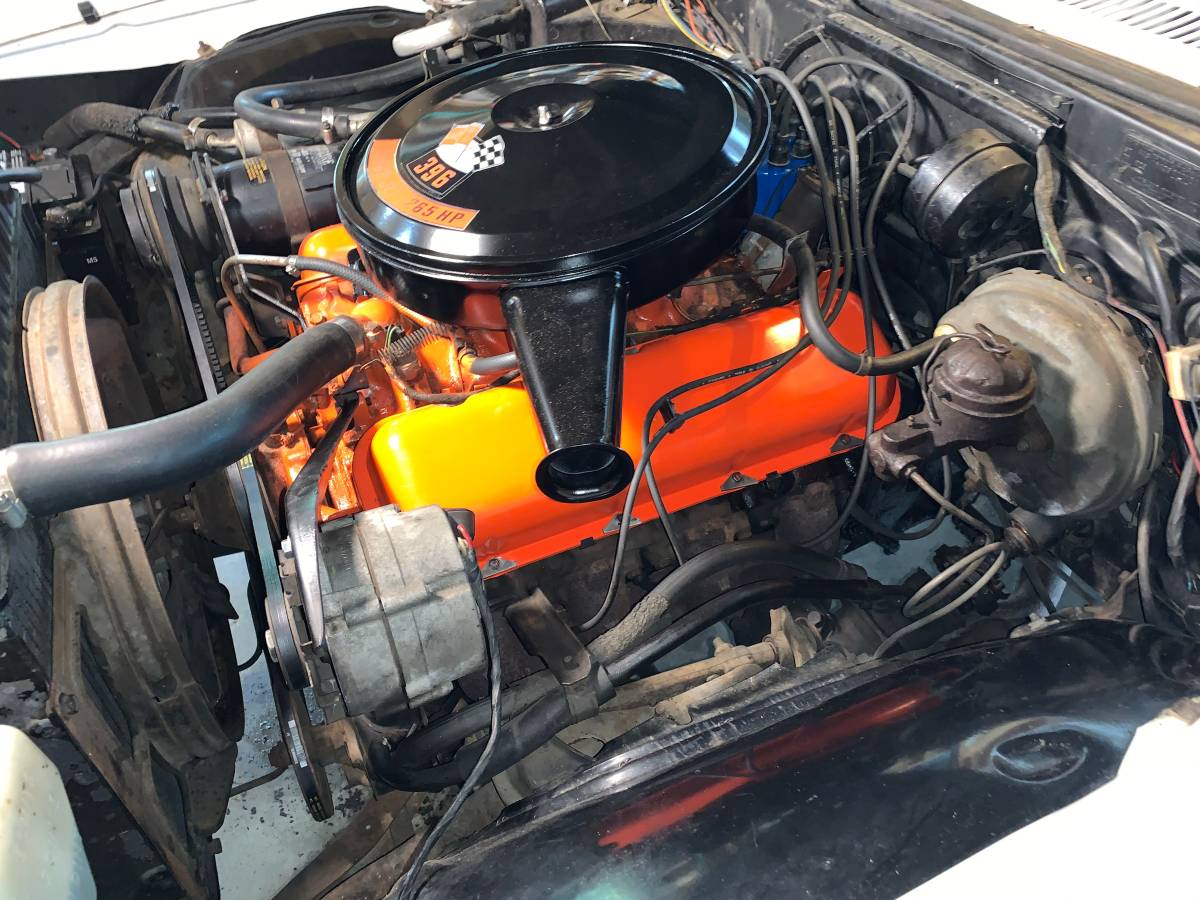 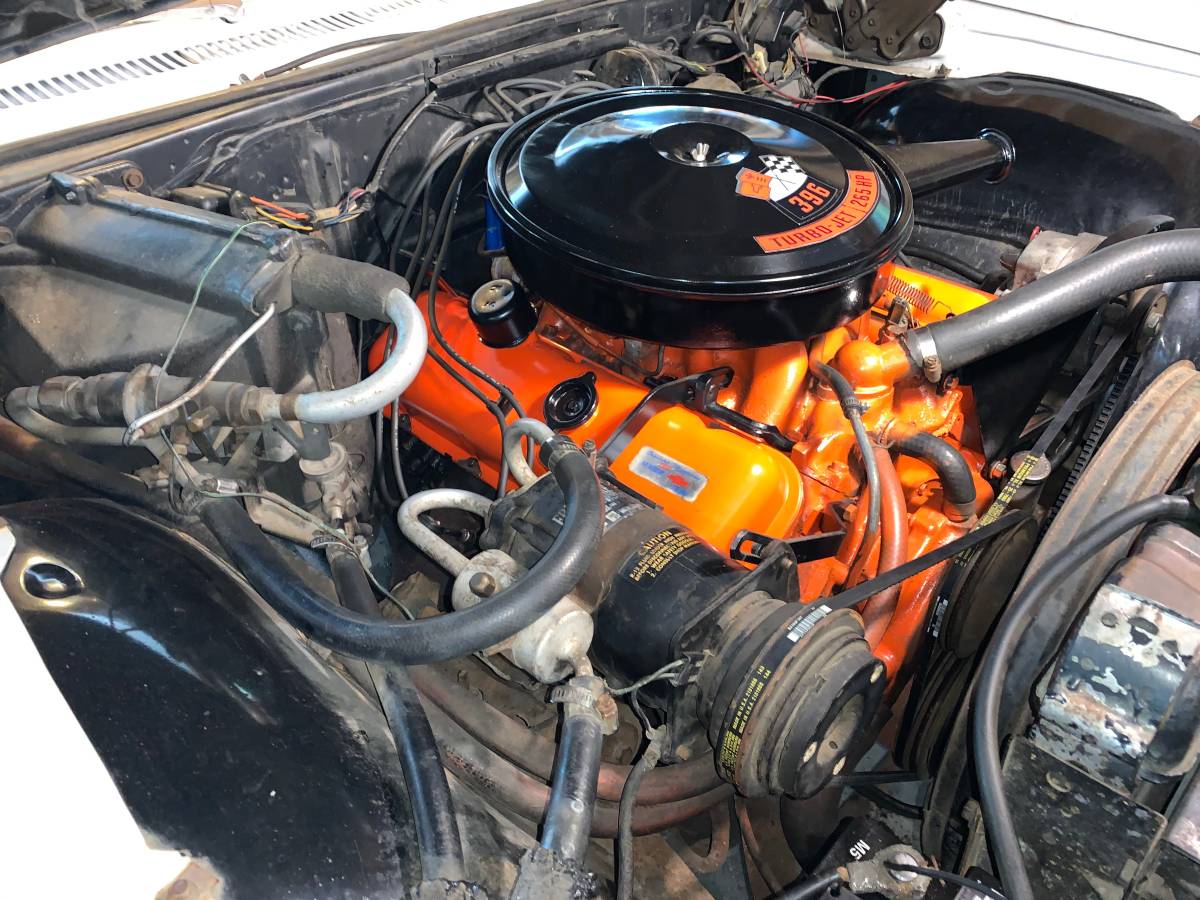 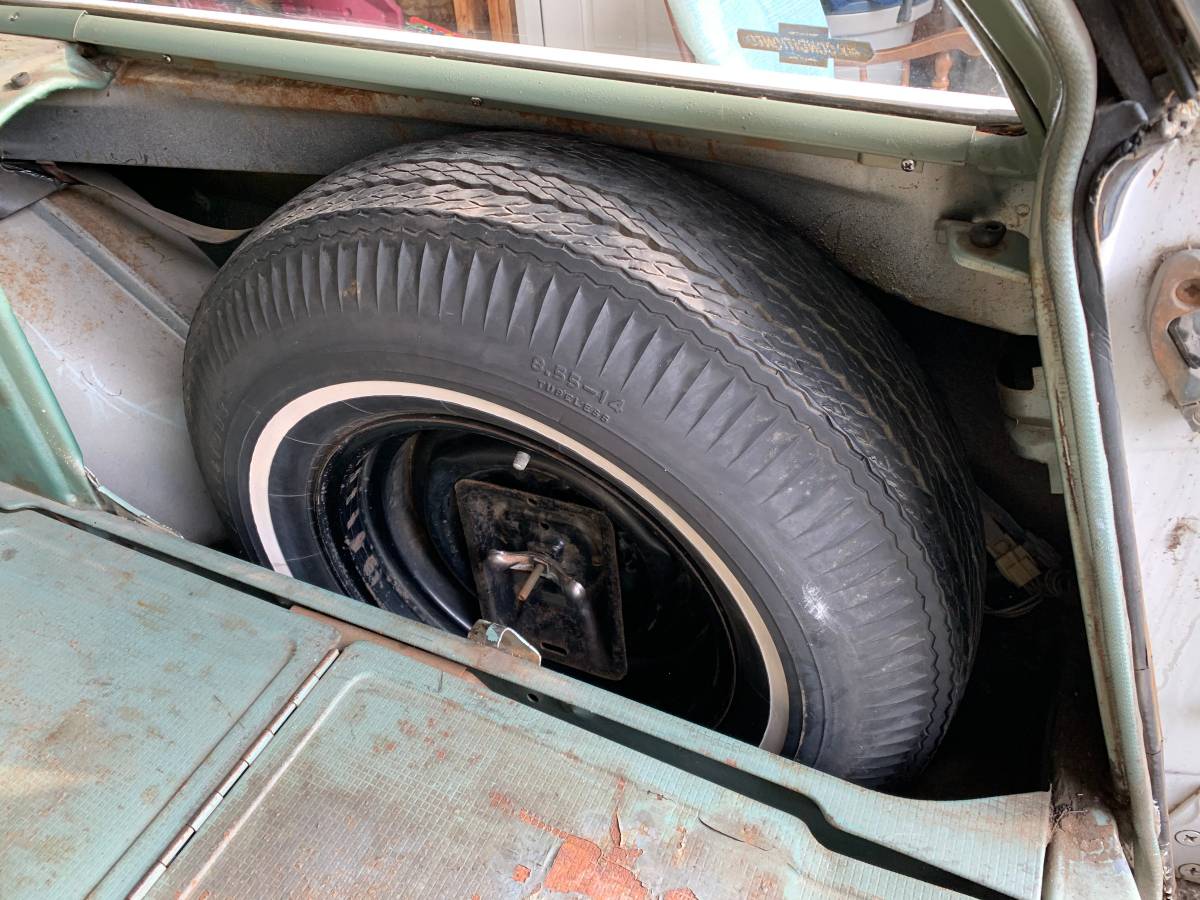 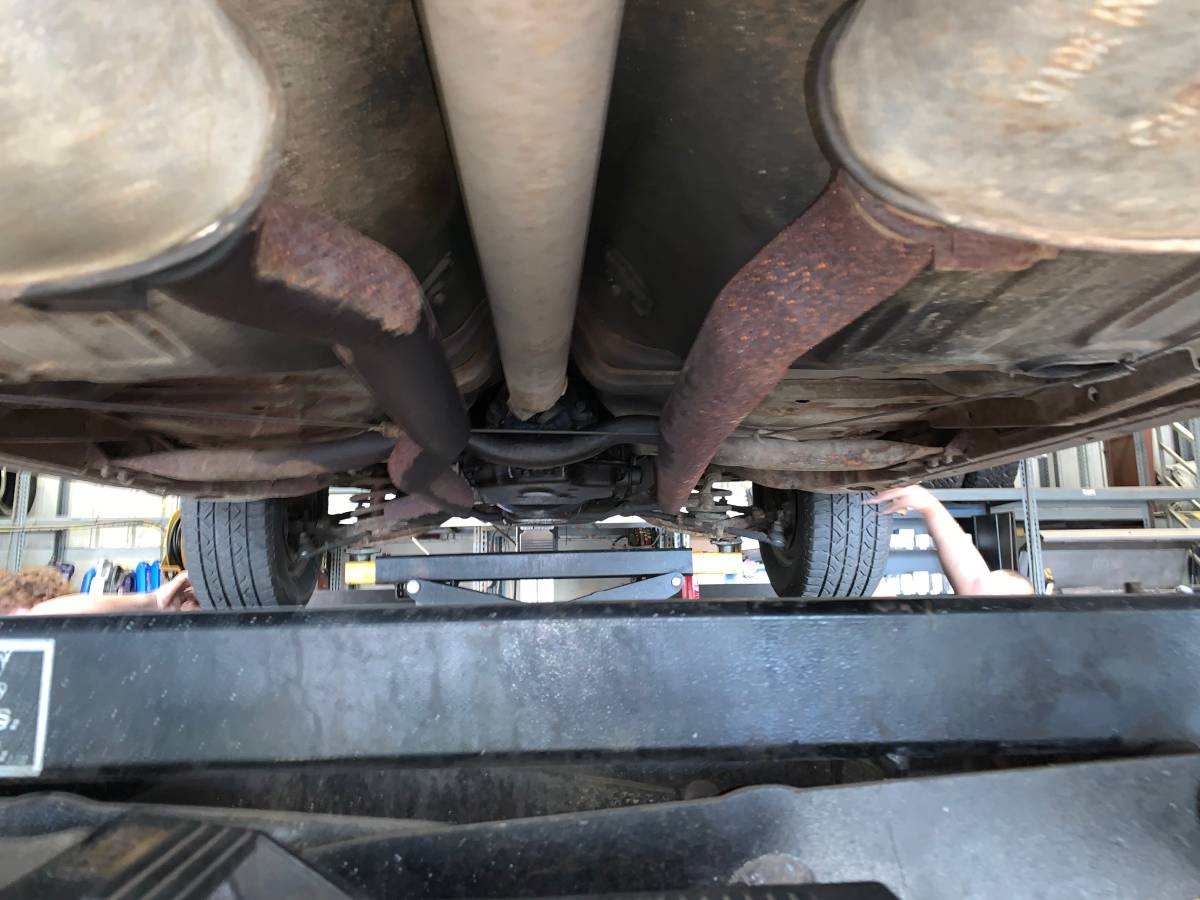 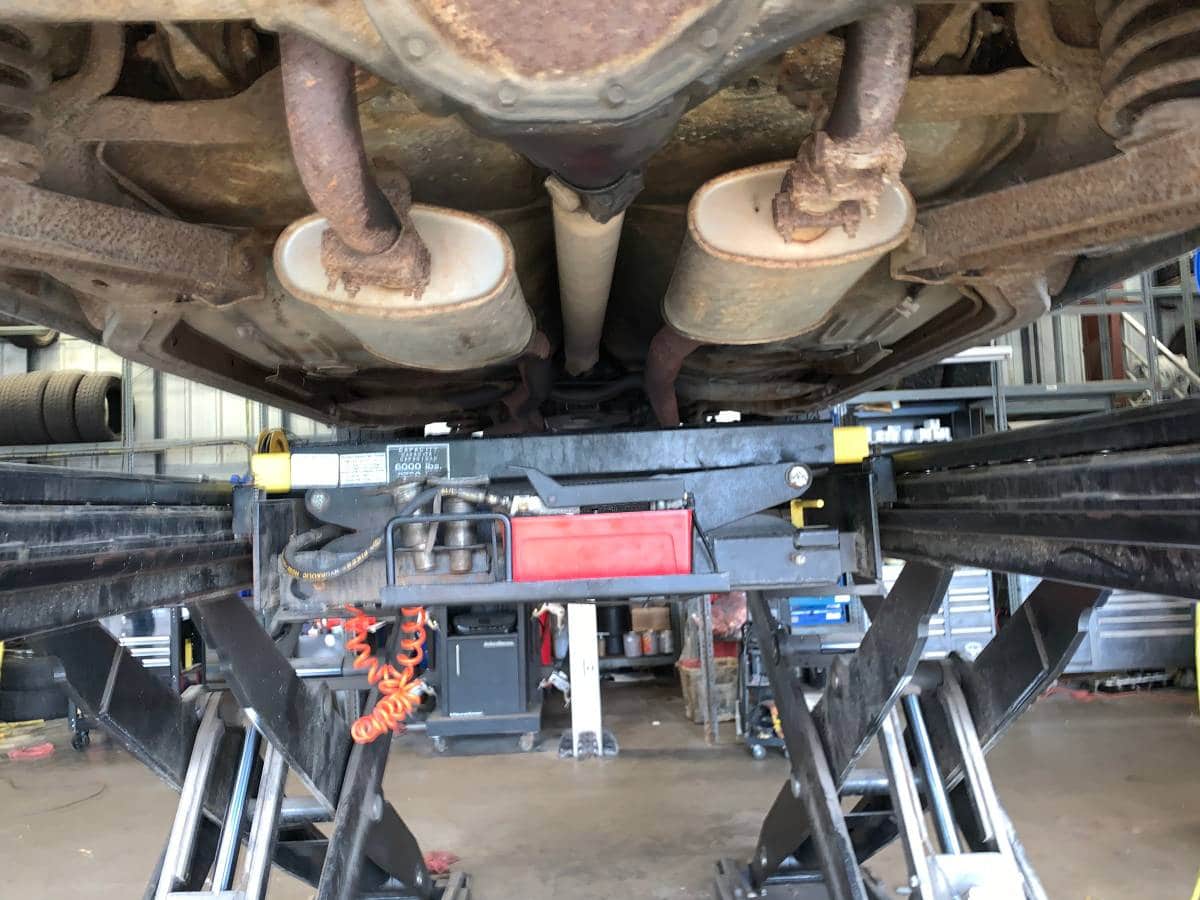 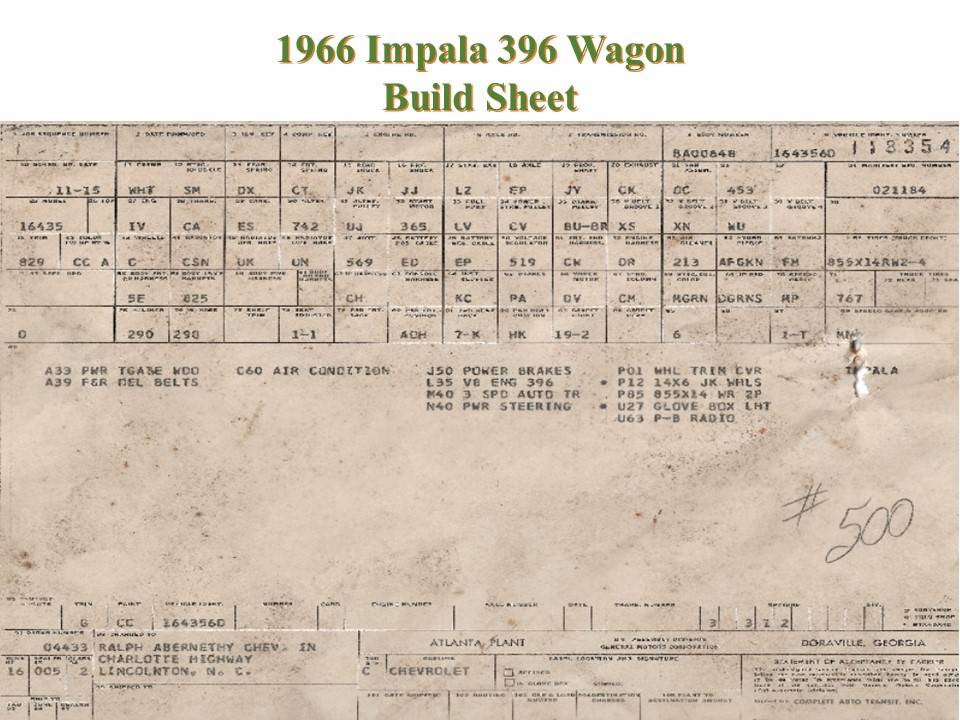 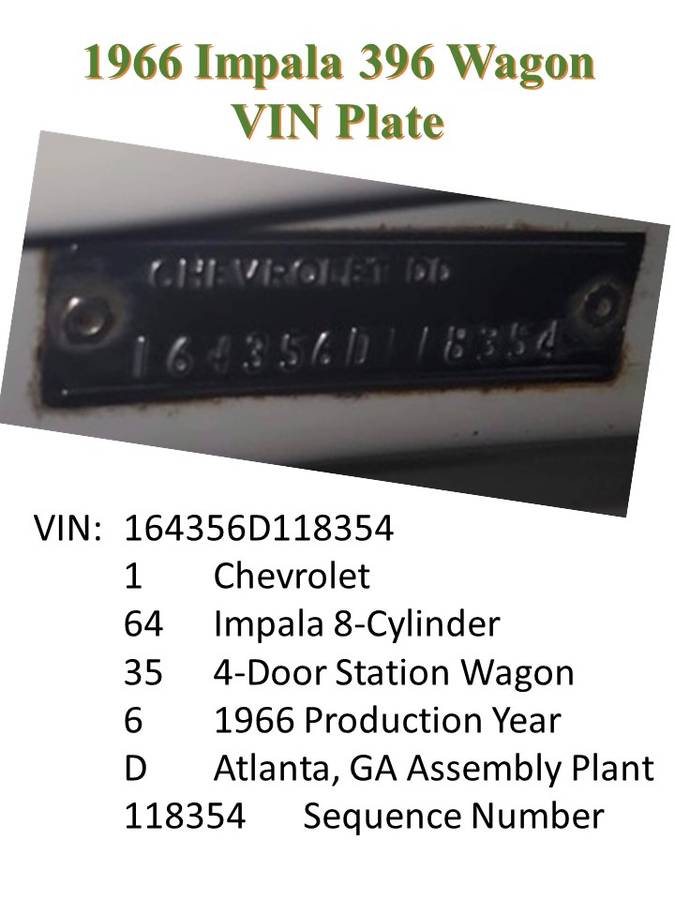 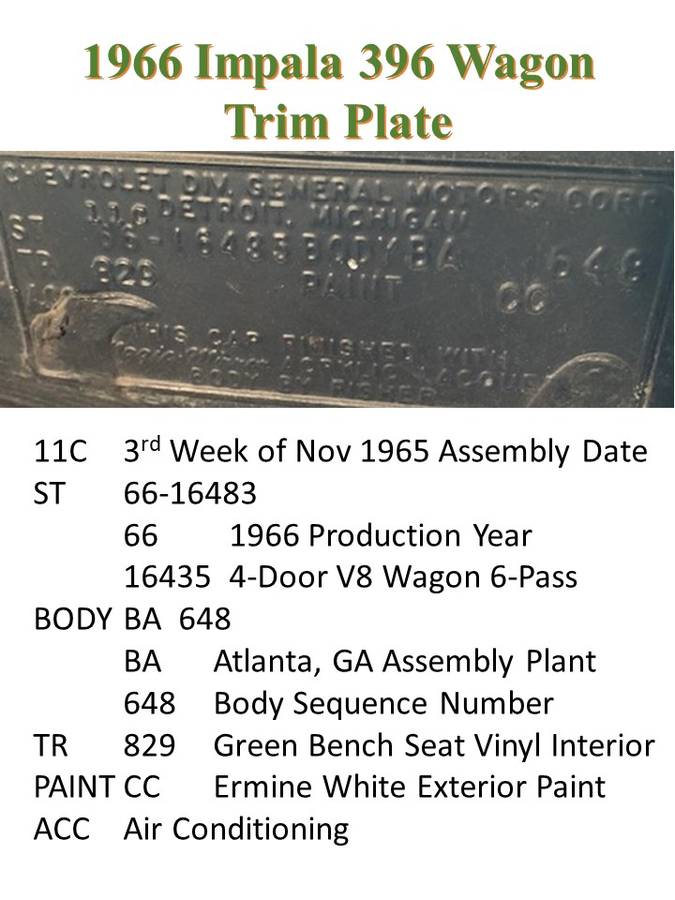 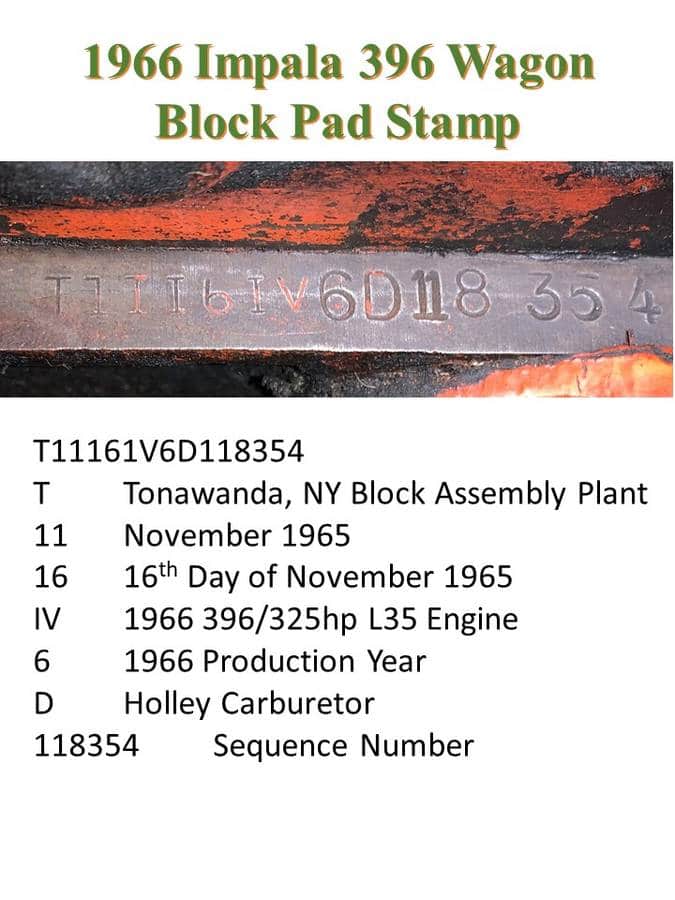 November 24th Update – Big Block Chevy power in a full-size Chevy wagon for a market-correct asking price.  We’re not surprised this combination help this ’66 Impala sell quickly.  While this one got away, if you have your heart set on something similar, email us the details of what you’re looking for or call Rudy directly at (908)295-7330

While the vast majority of fourth-generation Chevrolet Impala station wagons came equipped with one several small-block V8s, we love coming across a well-documented big-block long roof such as this example currently listed recently on Craigslist in Thomaston, Maine for an asking price of $13,500.  Researching the Collector Car Market Review Online Tool reveals the private seller has their Impala priced between this guide’s #2 “Very Good” estimate of $13,000 and its #3 “Good” appraisal of $9,000 before factoring in a thirty percent premium for the big block.  Similarly, the Hagerty Insurance Online Valuation Tool as a second data point confirms this private seller has his Chevy priced between the #3 “Good” appraisal of $14,900 and the #4 “Fair” (Daily Driver) estimate of $10,100.

Chevrolet introduced a redesigned fourth-generation Impala line for 1965.  As expected, the 1966 Impala received only a minor facelift from its predecessor that included a revised horizontal bar grille upfront and new triple rectangular taillights replacing the triple round lights that had been the norm throughout the decade to that point. Designers added chrome beltline strips in response to complaints about parking lot door dings on the clean-lined ’65 models. The standard column-shift three-speed manual was now fully synchronized, and a new 250-cubic-inch six-cylinder engine replaced the previous 230-cubic-inch six while the 195-horsepower 283-cubic-inch Turbo Fire V-8 remained the base V-8 engine. Optional engines included a 275-horsepower 327-cubic-inch Turbo Fire V-8, the 396-cubic-inch Turbo-Jet V-8 rated at 325 horsepower, or two new 427-cubic-inch Turbo Jet V8s of 390 horsepower with 10.5 to 1 compression ratio and hydraulic lifters or the high-performance version rated at 425 horsepower with 11 to 1 compression ratio and solid lifters. A four-speed manual transmission was offered with all V8 engines, while the two-speed Powerglide was the only automatic transmission offered with the six-cylinder engine and 283 and 327-cubic-inch Turbo Fire V8s, and the three-speed Turbo Hydramatic was limited to the 396 and 390-horsepower version of the 427 V-8.

Here’s a link on YouTube the King Rose archives posted that’s a 1966 Chevrolet dealer information video narrated by actor Lorne Michaels.  While the full-size wagon comparison starts about eight minutes in, but its more fun watching the entire clip:

Not only does this private seller do a great job of showing the documentation of this driver-quality Impala, he also reports he has videos readily available to send serious buyers. Good luck with the purchase!

“I have tons of photos and a video I can send to serious people.

I will consider trades but be reasonable with your offers.

This 1966 Chevrolet Impala Station Wagon, is a rare find. All original big block drivetrain with the original build sheet is hard to find in any classic/muscle car let alone a station wagon.

While muscle cars tend to be admired by many automotive enthusiasts, it is not often that a wagon is the first one to come to mind. Nomads and Vista Cruisers might get all the attention, but you really need to take a look at what’s under the hood to really appreciate just how cool this wagon is. With a selling price affordable to the enthusiast, this would be a great vehicle to own and take the family in for any type of enjoyment. I don’t believe you will ever lose money on these rare big block Chevys.

Exterior: The “code CC” Ermine White Exterior Paint appears to have been repainted at some point and should be considered “driver quality. Chrome and bright-work are good to very good. All body panels appear to be original with a small amount of body work completed during the repaint. All glass appears to be original to the car with the LOF AS-2 Solid Tempered Safety Plate engraved on the glass. The only non-original glass is the windshield that was replaced at some point with original GM LOF AS-1 Shaded/Laminated Safety Plate glass. Tires and rims are in very good condition.

All exterior items work such as:

Interior: The interior appears to be the original green vinyl two tone bench seat interior. It is actually pretty nice with the exception of the area where the driver sat for around 44 years. I have completed a temporary fix in the front seat for now and added a seat pad over that area. The headliner is OK but does have a few small rips. The padded dash has three slits in it. The rear cargo area needs to be restored but is fine for now. All doors and glass open and close as they should including the electric tail gate. I have installed new carpet as well as cleaning up pretty much all of the interior trim. (FYI, In my video when discussing the interior gauges, I say that the air works. I mean the air for the heater not the A/C.)

All gauges/misc. items are functional such as:

Engine: The original 396ci engine is still powering the car. With power steering and power brakes the wagon has plenty of get up and go and stopping ability. There is no smoking or funny noises.

Spare; The spare tire area includes what looks to be an original spare tire as well as the complete jack assembly minus the lug wrench.

Restore or drive as-is: what would you do with this Impala?  Comment below and let us know!