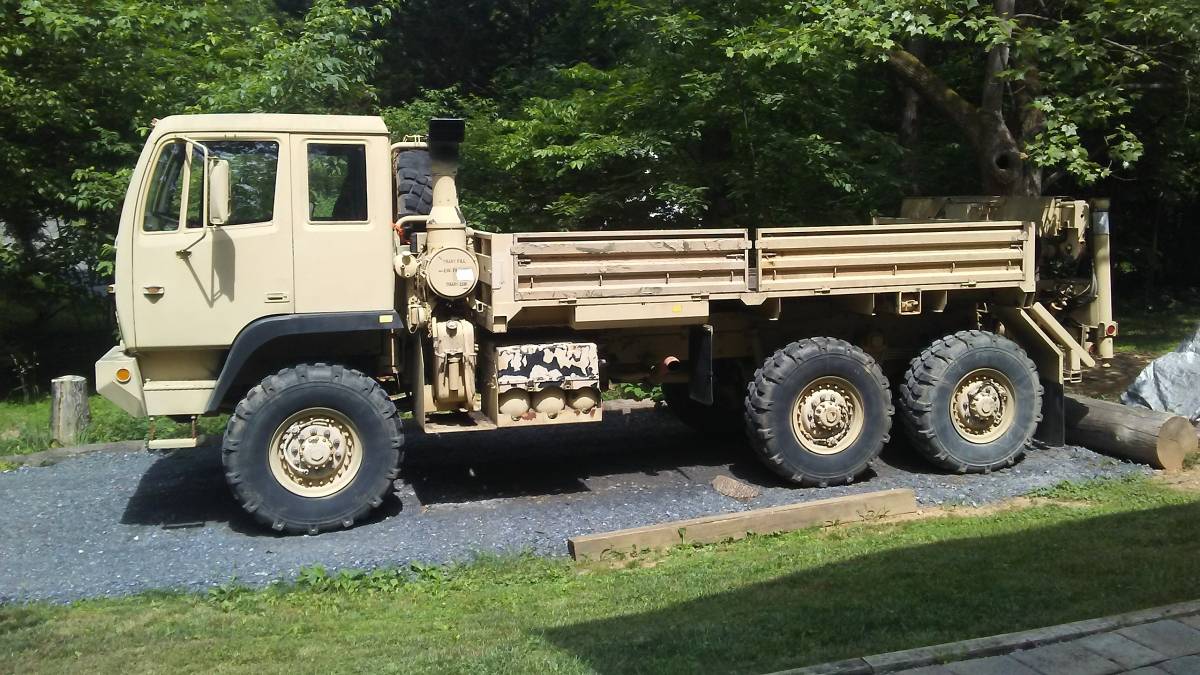 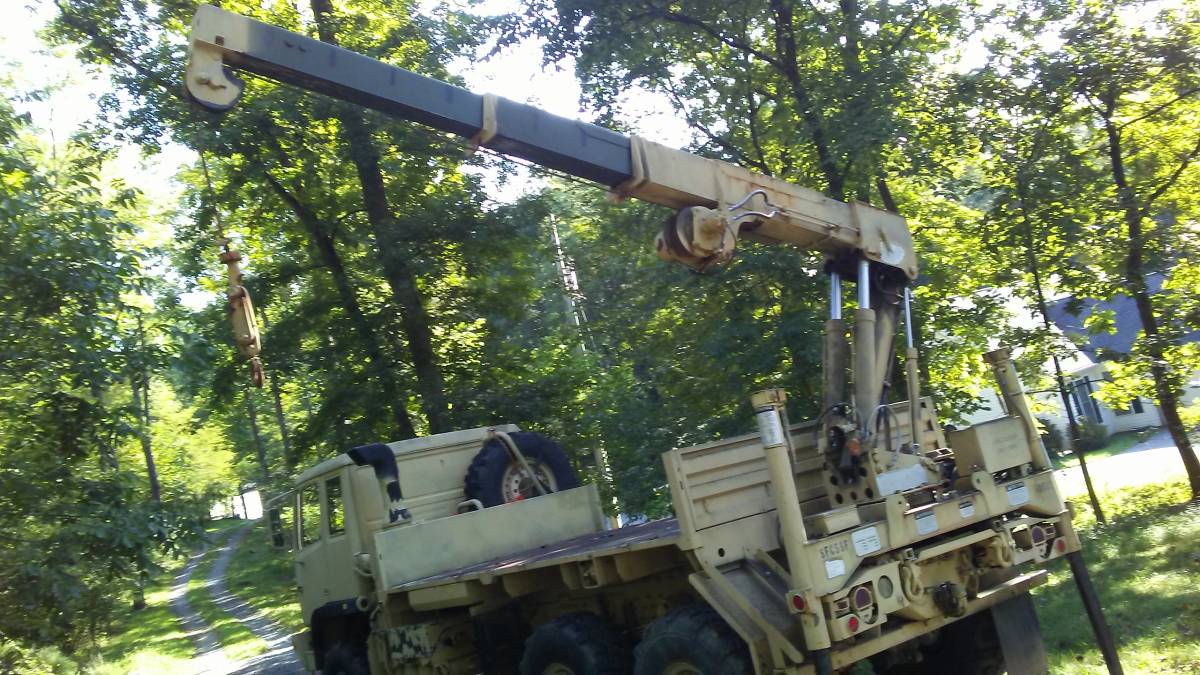 January 21st Update – we just noticed the listing “Classifind” expired, so with no replacement found we’re assuming this ride “Sold?” While this one got away, please reach out either by email or call Rudy directly if you’d like to be informed when we come across something similar.

GuysWithRides.com is a staunch supporter of the U.S. Military, and we’re happy to celebrate Veterans Day with some choice finds that escaped from surplus lots into private hands. Take, for example, this 1997 Stewart & Stevenson M1084 cargo truck originally listed in November 2020 on Craigslist in West Virginia for $15,000. Featuring a crane attachment and all of the other requisite military-spec features, it’s a brute – and a must-have if you find yourself with lots of acreage and plenty of stuff to move.

It’s no joke that most of these extreme heavy-duty trucks only come up for grabs as part of a surplus auction, which can be a fine way to spend an afternoon if you’re plugged in enough to attend one. The trucks usually come with low mileage, but that doesn’t mean they weren’t exceedingly hard miles, a facet of military vehicle ownership most owners count as part of the experience.  The Stewart & Stevenson seen here is part of a family of military vehicles that have remained largely unchanged aside from specific equipment options, as well as through multiple acquisitions of the original company. Today, what was once Steward & Stevenson is now part of Oshkosh Systems, and before that, it was absorbed by BAE. Through the years, billions of dollars in government contracts were awarded to Steward & Stevenson and its later ownership groups to build trucks like this M1084.

We found a similarly equipped M1084 on YouTube demonstrating how the rear crane attachment operates:

The M1084 cargo truck is a six-by-six full-time system with a locking differential and features a seven-speed Allison push-button automatic transmission. According to other listings for this model from government auction sites, the model can achieve 55 miles per hour thanks to its Cat turbocharged diesel featuring 290 horsepower. This model should also feature hydraulic stabilizers for added stability when using the crane to load or unload the bed or a trailer being towed behind. Listings for this model reveal two examples sold in 2019 for $9,000 and $10,980, respectively, and one additional dealer listing for a truck with an asking price of $31,990 that’s listed as “Sold.” Whatever the true market price is, the seller’s ask seems fair, but there’s likely a limited pool of buyers that have a place to park such a truck. Good luck with the purchase – and finding garage space – should you take this M1084 home.