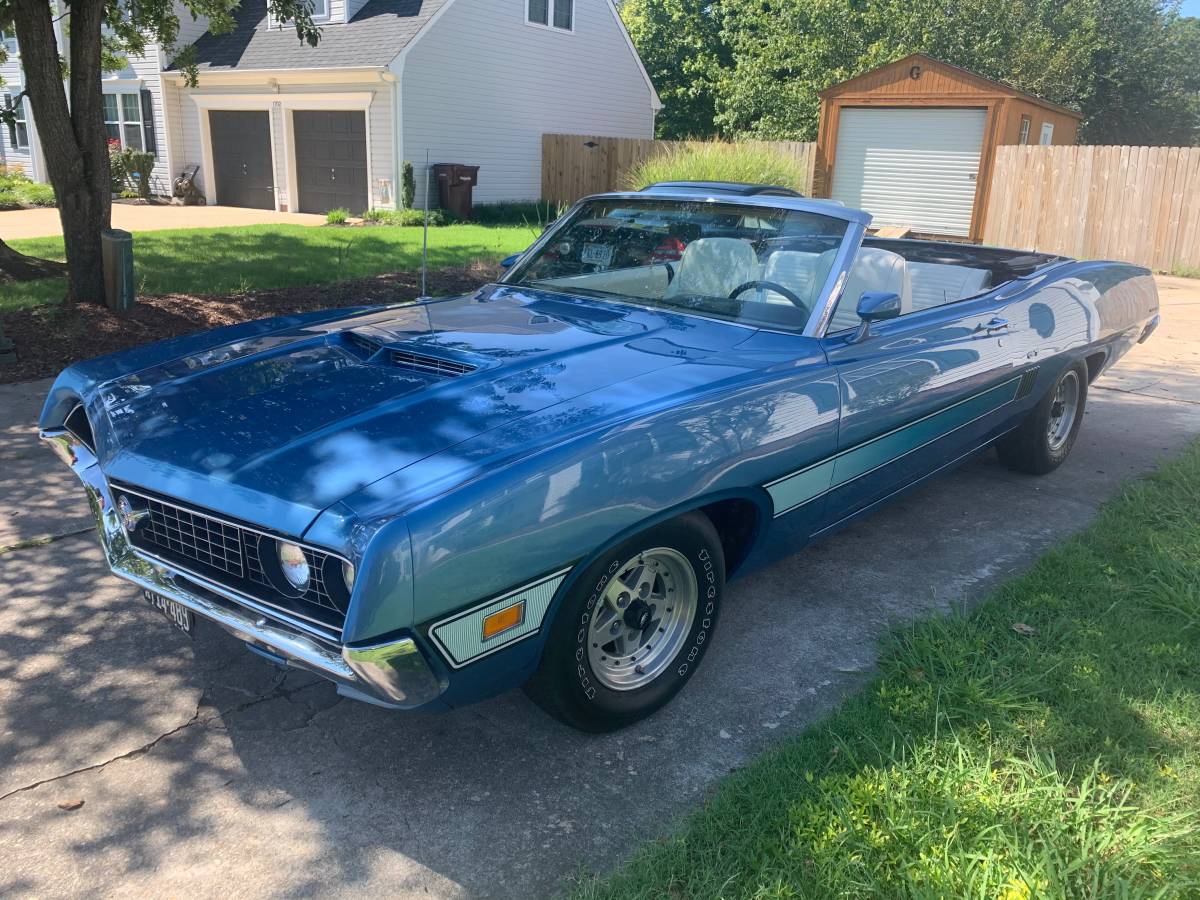 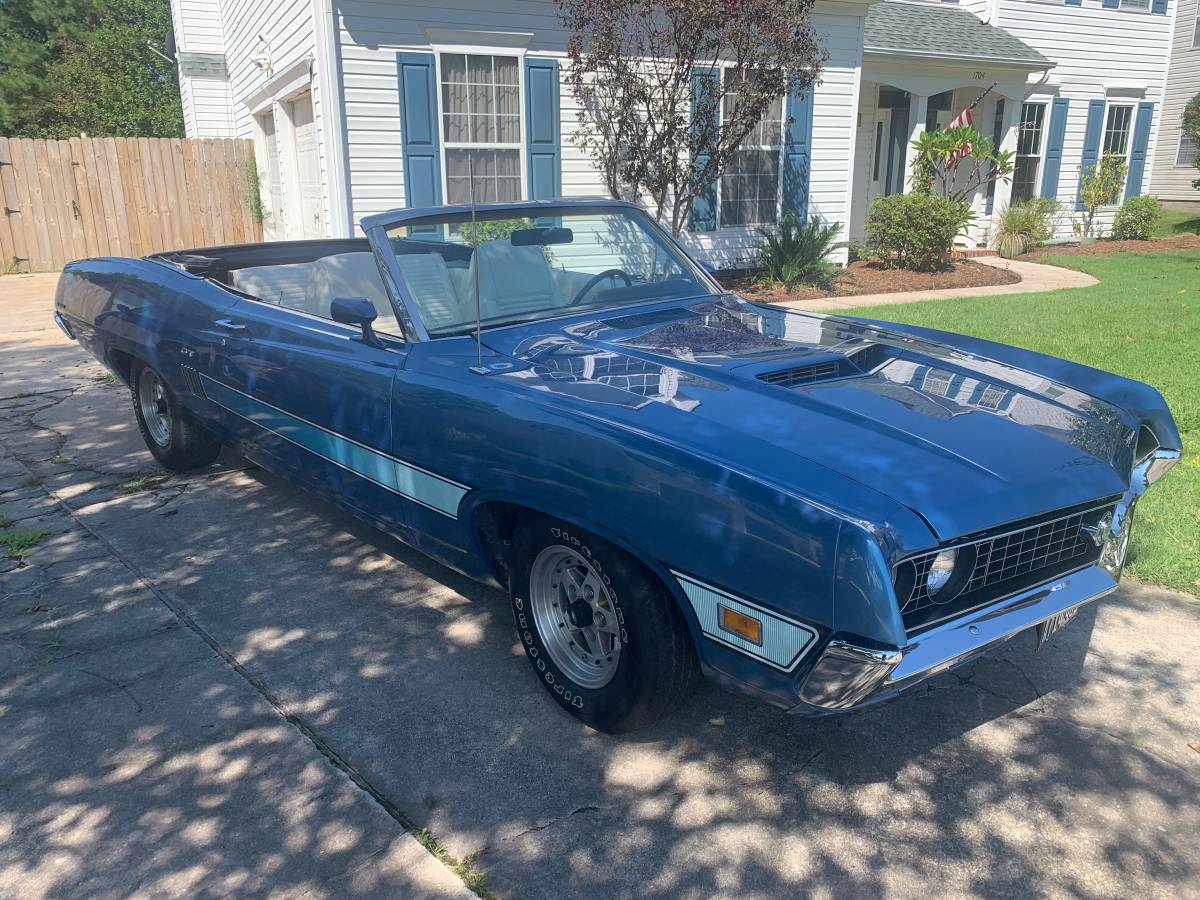 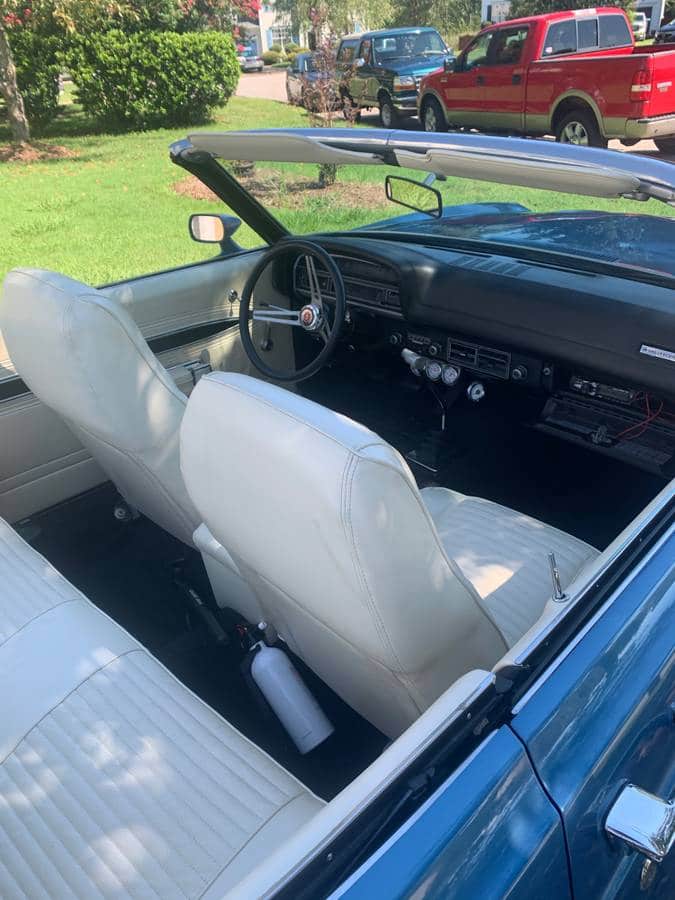 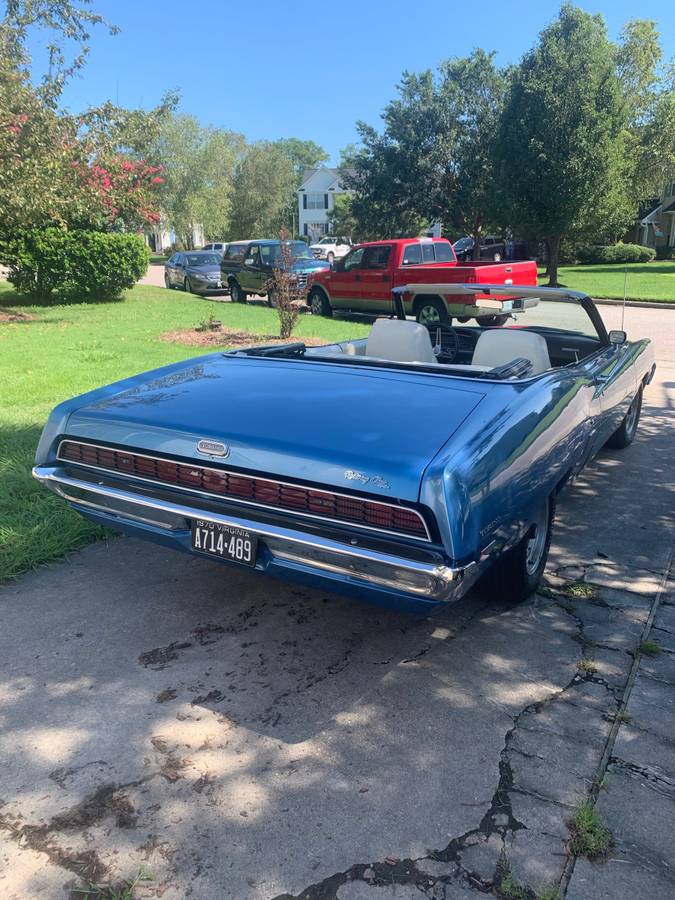 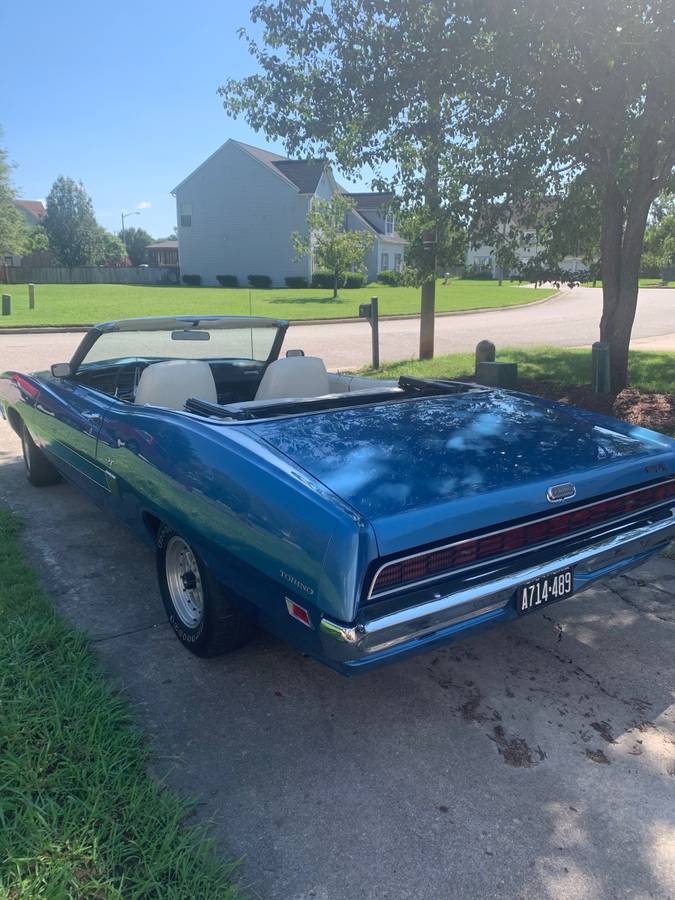 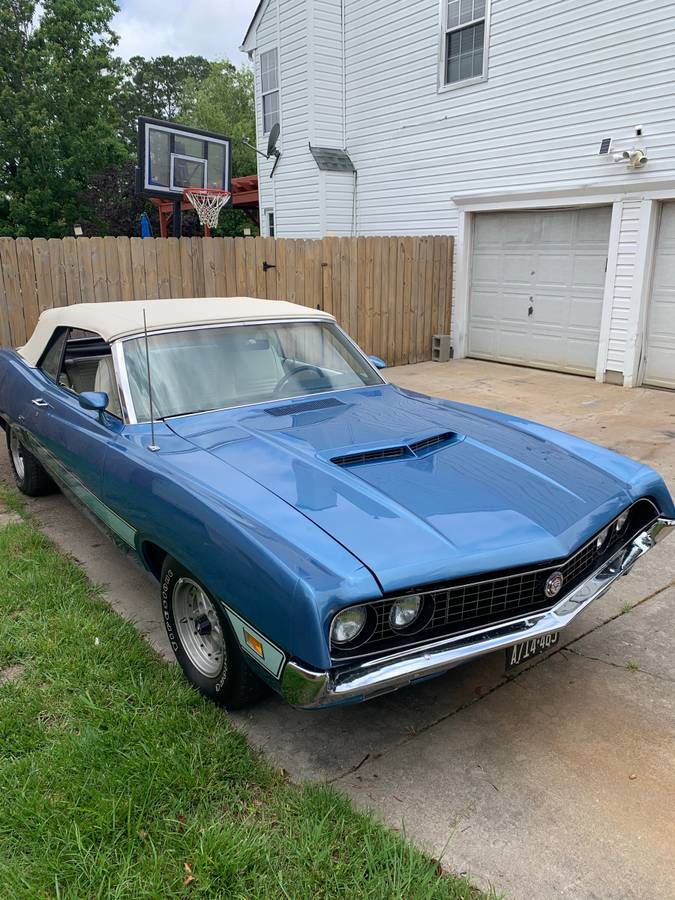 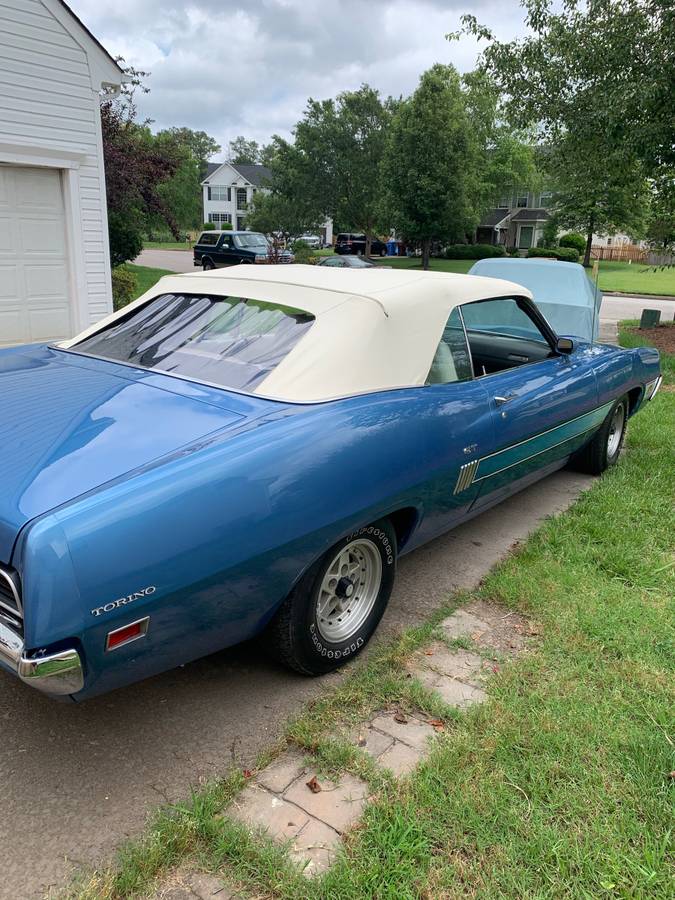 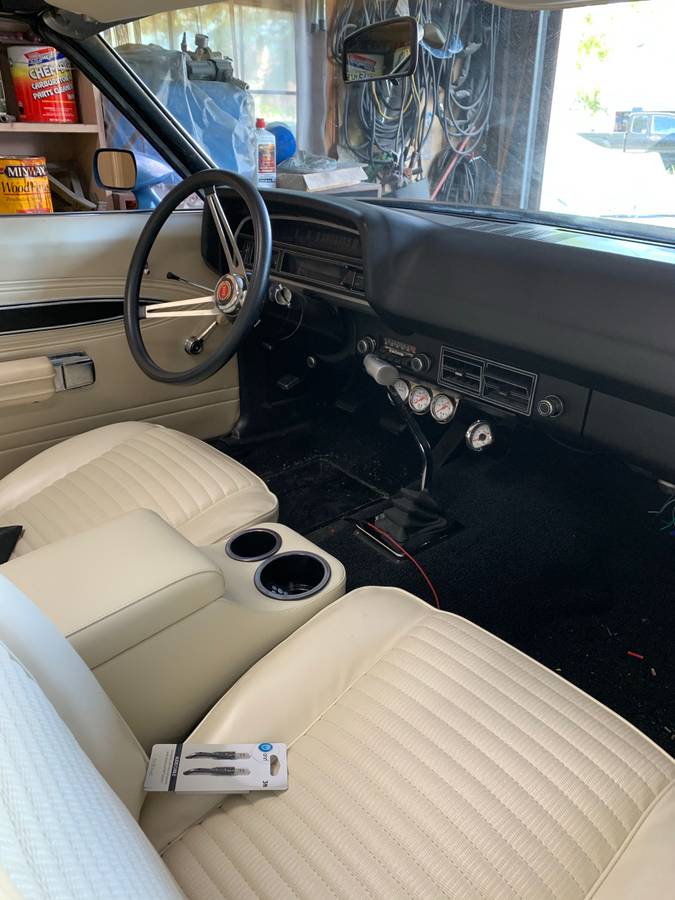 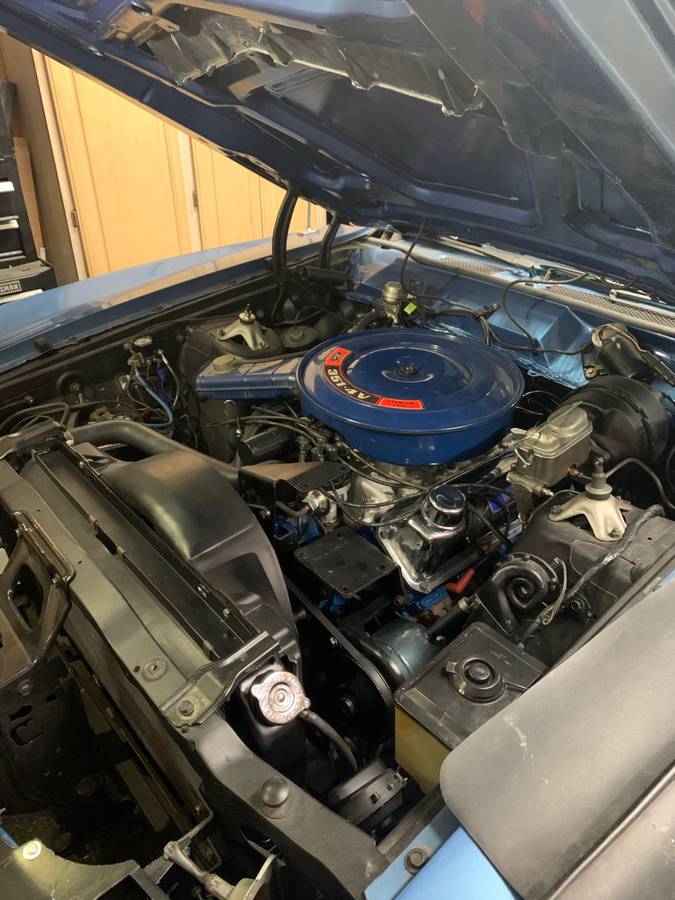 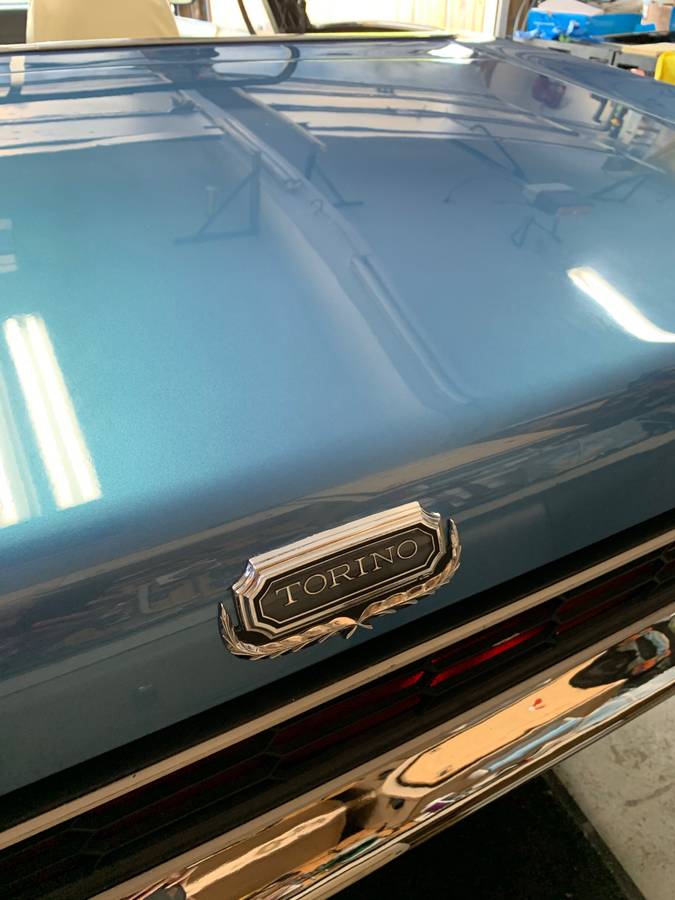 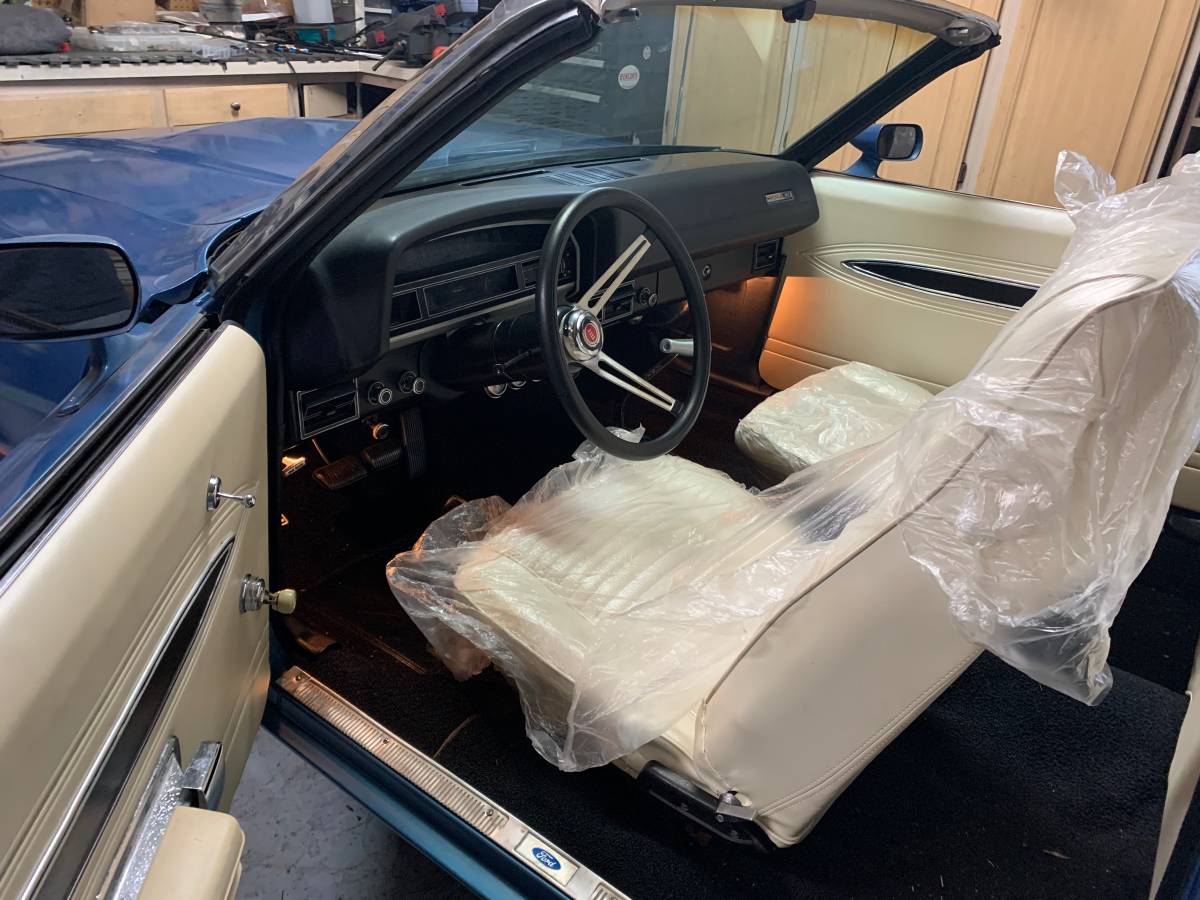 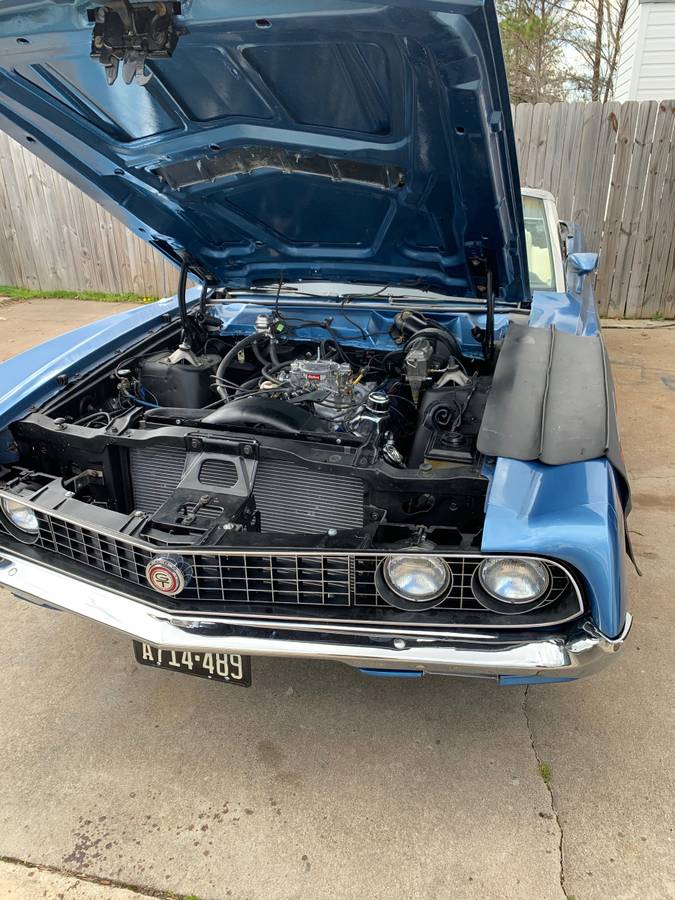 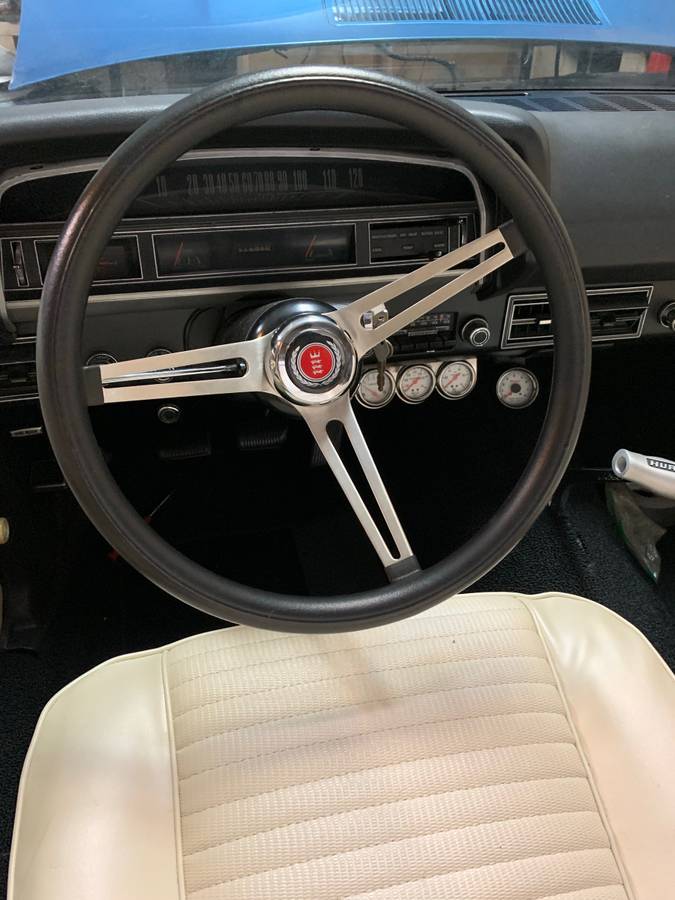 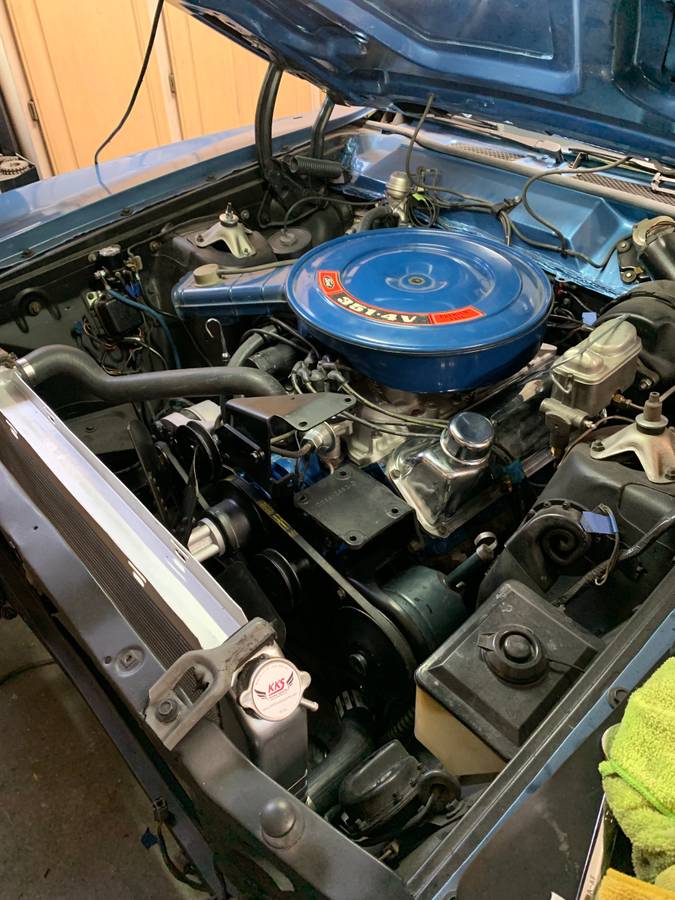 While 1970 vintage Pontiac GTOs and Chevrolet Chevelles typically come to mind as the most attractive muscle cars offered that year, the Ford Torino GT was also a looker in our book.  This driver-quality Acapulco Blue over white example originally spotted in November 2020 on Craigslist in Chespeake, Virginia not only looks the part but the 4barrel topped 351 cubic inch Cleveland V8 mated with a Toploader four-speed has the goods to deliver. Currently offered at $29,500, researching the Collector Car Market Review Online Tool reveals the private seller has their Torino GT priced between this guide’s #1 “Excellent” estimate of $31,800 and its #2 “Good” appraisal of $21,100 before factoring in a seventeen percent premium for the very desirable power train.  Similarly, the Hagerty Insurance Online Valuation Tool as a second data point confirms this private seller has his mid-size Ford priced between the #2 “Excellent” appraisal of $38,000 and the #3 “Good” estimate of $25,300.

Here’s the Hagerty Insurance take on this generation of Ford Torinos:

“Initially known as the Fairlane Torino, Ford’s new mid-sized line was launched in 1968, with a GT convertible pacing the Indy 500. The cars never carried the Fairlane name and soon became known as Torinos. Offering a full range of coupes, hardtops, and sedans, the GT line immediately gained attention for its handsome fastback body, which echoed the Mustang, but with an even more radical roofline. While only 5,317 Torino GT convertibles were, sold the fastback coupe notched up 74,135 sales, and the two-door hardtop a further 23,939. Engines ranged from a 210-hp, 302-cid V-8 to 325-hp/390-cid and 360-hp Ram-Air 428-cid mills. Both three-speed Cruise-O-Matic and four-speed manual transmissions were offered.

The super-slippery fastback was an immediate hit with NASCAR and David Pearson took the 1968 championship. A Torino Cobra series was introduced for 1969 and the semi-sloping SportsRoof model would lend its lines to the Australian Ford Falcon of Mad Max fame. Meanwhile, the aerodynamic Torino GT Talladega Special was built in limited numbers for homologation and 754 were sold with the 428-cid Cobra Jet motor or the even more powerful 429-cid V-8.

The full Torino line continued in 1970, merely replacing the Fairlane with small six-cylinder and V-8 motors, and sedan, coupe, and station wagon bodies. Collectors focused on the Torino GT and Cobra series. The semi-sloping GT coupe sold an impressive 56,819 examples, but there were only 3,939 convertibles, making them quite rare. The Cobra GT attracted only 7,675 buyers, despite a 360-hp, Ram Air 429-cid V-8 and optional four-speed transmission.”

Ford Torinos and Grand Torinos today are best remembered as stylish and more luxurious alternatives to more common muscle cars. They may not have the same performance as some of the icons of the era, but they still deliver a wallop when correctly configured, and they typically sell at prices that make entry achievable for most enthusiasts.”

The only thing we would change on this very nice looking Torino is the aftermarket wheels. Replacing those with a set of period-correct Magnum 500 wheels would really make this car stand out.  Good luck with the purchase!

“Fully restored 1970 Ford Torino GT Convertible. Everything is new or refurbished. Completed in May 2020. Only 200 miles on rebuilt 351 Cleveland and 4 speed toploader trans, and 9 inch rear end. 131,000 original miles. Original Alcapulco Blue with white interior and laser GT stripes.
These are rare cars that are incresing in value every year. Ford only made 3,950 convertibles during this model year.

Would you change out the aftermarket wheels or leave the car as is ?  Comment below and let us know!